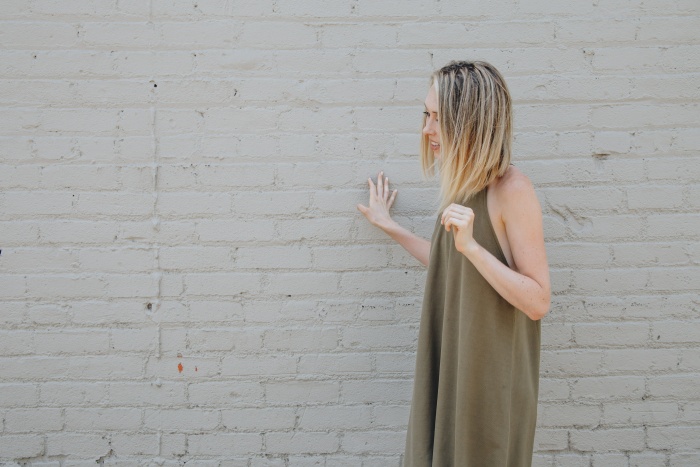 I grew up in a world that told me weight loss is healthy, and weight gain is bad. That may be true for a large portion of the population that struggles with obesity, insulin resistance, and the like. However, in the population that I work most closely with, it is often the exact opposite. Most of the women I see on a daily basis actually need to put on weight in order to restore their health. Many of these women are coming from a history of undereating, dieting, overtraining, overworking, and chronically stressing themselves out. With the rising rates of amenorrhea and infertility, this is something we can’t ignore.  It’s not easy to hear or accept that you might have to gain weight to address your health issues. Gain weight? After you’ve worked so hard to do the opposite? After you’ve struggled and sacrificed so much to try to get that dream body? After you did everything the media told you to do in order to be fit and in shape? All of those spin classes, dry salads, and green juices messed up your hormones?!

It’s hard enough to wrap your head around the fact that doing what you thought was the right thing ended up being detrimental to your health. How did working out and “clean eating” put you at risk for infertility and osteoporosis? How did exercise and watching your caloric intake make you unhealthy? How come copying your “health idol’s” habits that seem to work for her did the opposite for you? How is it possible that so many “healthy habits” are actually not healthy at all? It’s disappointing, confusing, and almost unbelievable at first. You might feel embarrassed, ashamed, and silly. Overcome with disbelief. So, yeah, it’s hard to hear and accept that you might have to gain weight to get healthy again. And it’s certainly not easy to actually do. 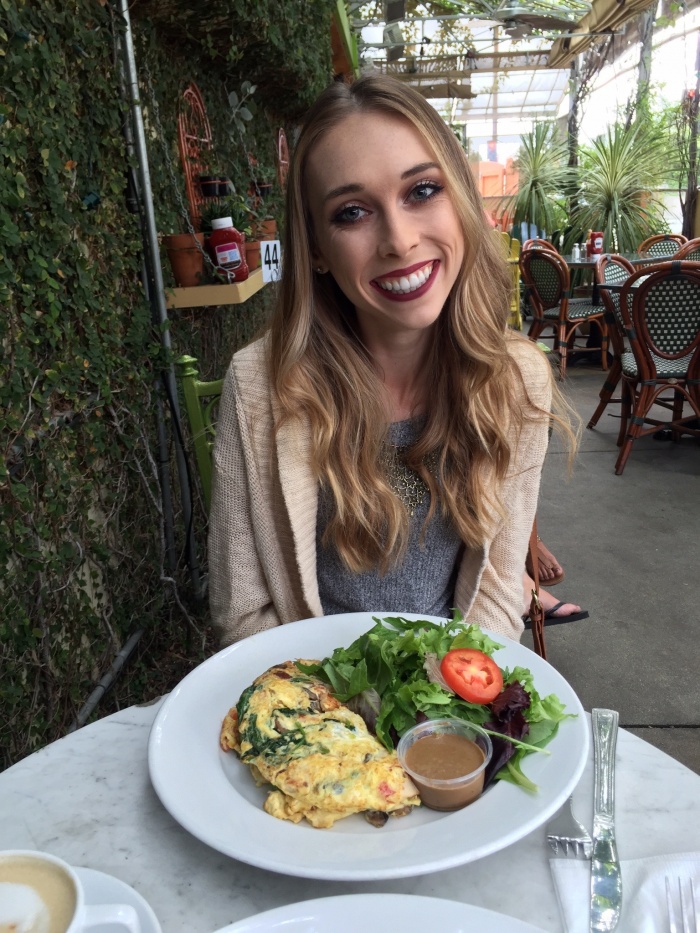 In the past three years, I have gained close to 50 pounds. My weight had dropped far too low, and I felt the repercussions. I lost my period, was cold all the time, had no energy, had brain fog, was irritable and cranky, was losing hair, had thyroid problems, and felt trapped in my own life. I had to gain a lot of weight to get my life back, and to become me again. And with every pound I gained, I got closer to restoring my health. As I gained the weight, though, it was not always easy to see it that way. My clothes were fitting differently, I didn’t recognize the woman I saw, and people made comments about my changing body. There were times when I felt chubby or ugly, and I wanted to stop. I was conflicted because part of me was desperate to gain weight to start feeling better and to take care of my body, but the other part of me was still self-conscious about my body, worried I might gain too much weight, and a little scared to not be as “skinny” anymore. It saddens me to say that those were my thoughts, but I want to be completely honest for anyone else who is feeling the same. In the end, though, the journey to gaining weight not only restored my health, but it healed my relationship with myself. I learned to really love myself, to detach my value from my appearance, to change that negative self talk, and to focus on what was most important in life.

There are always temptations to avoid gaining weight. Society has tried to make it so gaining weight in ANY context is BAD or SHAMEFUL – this is not true. Even when you realize that, it’s hard to fight the judgments of others who don’t understand, or the judgments of the media. The media is desperate to sell you the idea that you always need to be thinner and that you’re never good enough the way you are. It takes a lot of courage to stand in the face of an industry that says you always need to lose weight, and run straight ahead and do the opposite. 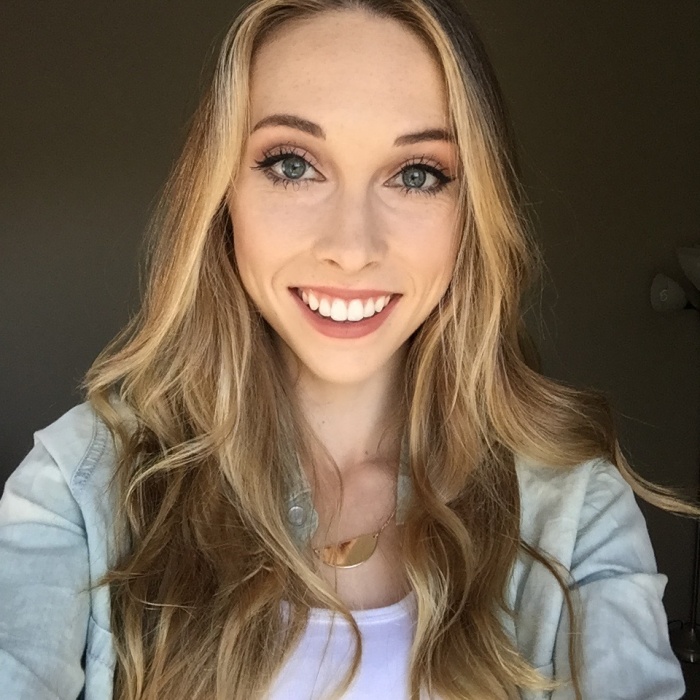 I work with a lot of women who have lost their periods, have thyroid issues, are at risk for osteoporosis, are cold all the time, have no energy, and are overworking their bodies in every sense. We live in a world where we are told to eat less and work out more, but this is not always the answer. That is causing many of these problems. Why would gaining weight help? When our bodies are chronically stressed, things go haywire. Our bodies need to feel safe, not at risk, in order to function properly and to be healthy. If you’re underweight, undereating, overtraining, or overstressed in any way, that tells your body that it is not safe. It goes into survival mode. It might need that extra weight so that it trusts you again. It wants to have dependable nourishment. When it feels safe, when it knows it will get enough food and rest, things run smoothly again.

I can’t tell you how many beautiful women sit in front of me and tell me that they’re getting fat, that they hate their bodies, and that they’re embarrassed for people to see them. That they’ll do anything they have to do in order to restore their health, but they won’t gain the weight. It breaks my heart, because these women are not fat, should not hate their bodies, and definitely should not be embarrassed for anyone to see them. Usually, they tell me they’ve gained “a lot” of weight, yet I notice no difference in their bodies at all, as an outsider. If I notice anything, it’s that their eyes and faces have life again. 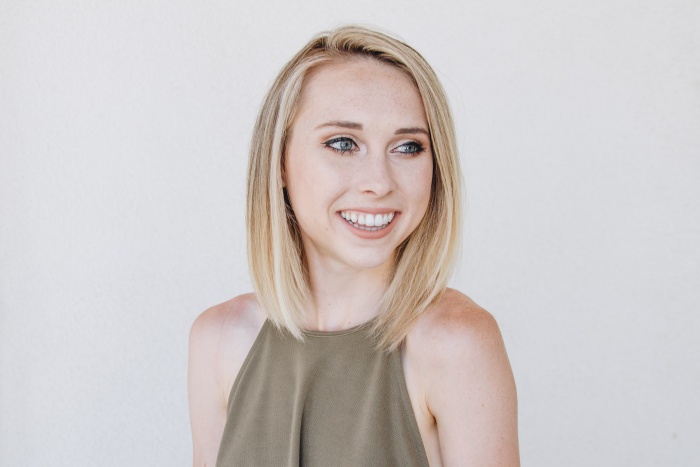 There is an immediate negative reaction to any sort of weight gain, though. Sometimes they haven’t even actually gained any weight yet – but the thought of doing so is making them panic. Sometimes they’ve gained only a few pounds, an unnoticeable few to anyone else, but it’s all they can fixate on. Part of my job is supporting these women, helping them to gain perspective, and helping them to become comfortable with gaining some weight. I’m there for support. No matter how much weight they need to gain, talking about weight gain, and actually gaining the weight, is difficult for almost everyone who goes through it. Even when you recognize that you physically feel better, there’s that voice in your head, conditioned by society, confusing you because it’s saying that you shouldn’t feel better for gaining weight. It’s telling you that weight gain is bad and shameful and associated with being fat and ugly, but this is not true. 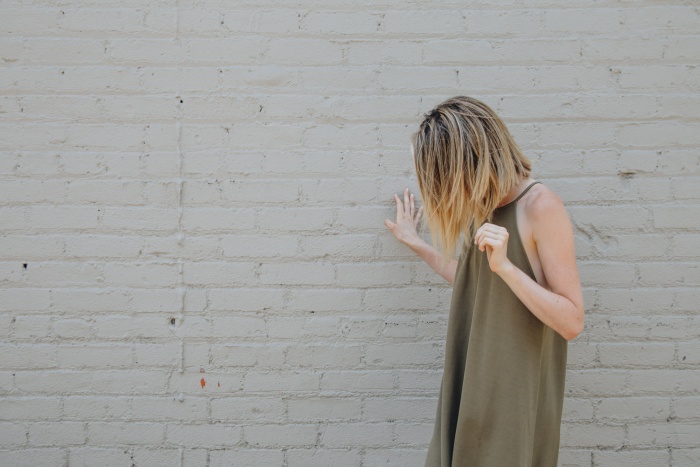 I understand. It’s a mental battle. But I have a few tips that helped me mentally cope with gaining weight when I needed to, and I finally became totally confident in my body. I finally saw that every pound gained gave me a bit more freedom, because that is what my body needed. These tips are what helped me silence the nagging, negative voice in my head.

Gaining weight is difficult emotionally and physically, but sometimes it’s necessary for us to bring back our health. At the end of the day, it requires swallowing your pride and focusing on health rather than aesthetics, and learning to detach your sense of self-worth from your body and attach it to who you are as a person. This is about loving and accepting yourself, and that lesson will transform not only your health, but your entire life.