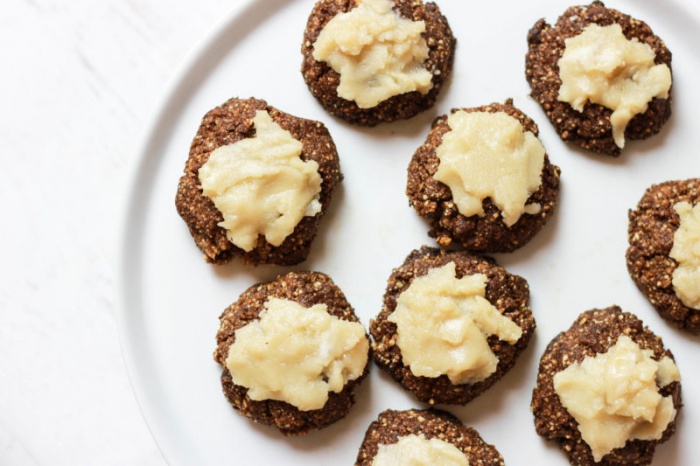 The term intuitive eating has been popping up a lot recently in the health and wellness space. People are proud to say that they are intuitive eaters, and they often use intuitive eating as a way to explain the way they make their food choices on a daily basis. The thing is, though, I think a lot of us have very different ideas about what intuitive eating truly means.

I feel like there is an unspoken pressure to “eat intuitively.” So much pressure, in fact, that it almost seems impossible to really do if you’re that focused on doing it! Unfortunately, I think this unfair pressure makes eating healthy feel unapproachable to some people. The way some people talk about their own intuitive eating habits often makes others feel bad for having to follow some type of more structured dietary plan, or for not really knowing how to eat intuitively. On the flip side, it makes people feel like if they’re not eating dessert every night, then they’re a bad person for not “eating intuitively.” (Eating dessert every night does not equate to intuitive eating, FYI.)

Intuitive eating is sometimes placed on such a high pedestal that it actually creates a negative environment for people who aren’t familiar with it. I think that true intuitive eating should certainly be the goal for us all. We are meant to listen to our bodies, to honor and respect them. However, intuitive eating is going to mean different things to different people at different times in their lives. 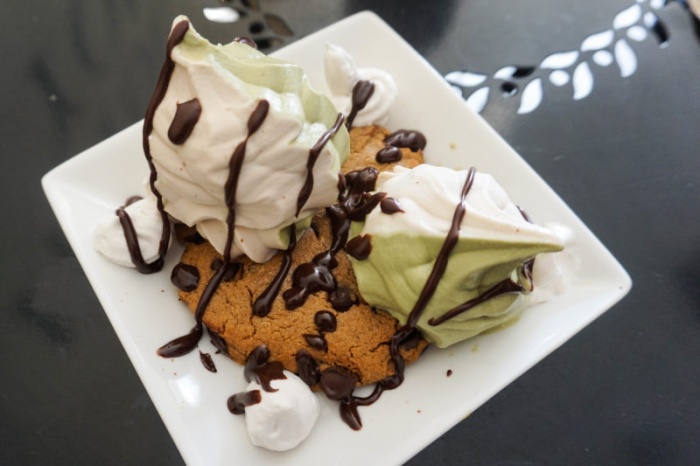 To me, intuitive eating means following any kind of intuition when it comes to food. It means eating according to what is best for your body in that moment, but the exact cue that tells you what is best for you body might be different for different people, or different for the same person at different times. Sometimes it doesn’t mean listening to your stomach or your body, technically. Sometimes it means listening to your brain.

The truth is that there are times in our lives when our bodies are not in a state where they can send us the proper signals to tell us what to eat, when to eat, and how much. And no one should feel guilty or ashamed if they are in that position. If they are in that position, the best thing they can do is to realize it, accept it, and practice “intuitive eating” in a different way than they probably thought of before. 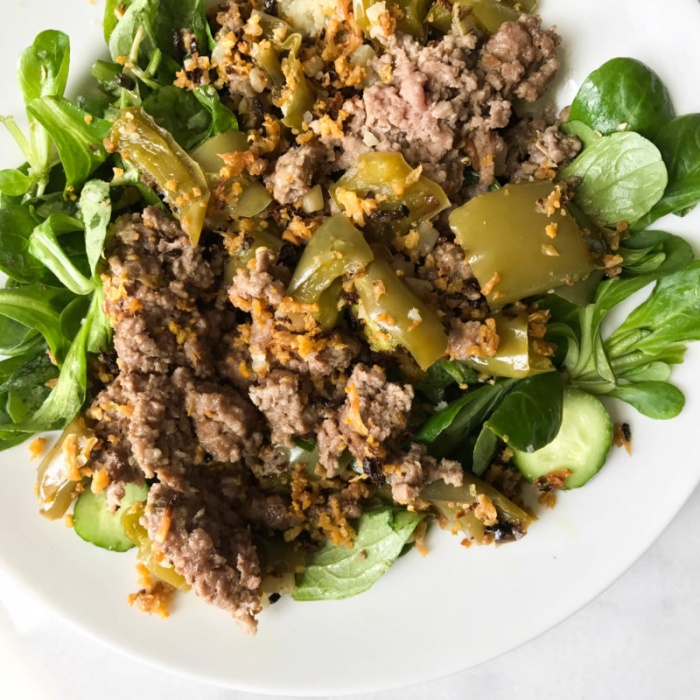 There are also situations where people’s hunger and satiety signals might be functioning properly, but they just really really want to eat a lot of sugar and candy and cake and ice cream. And because they feel that craving, they use the phrase “intuitive eating” to justify it. I think that there are many times when intuitive eating does mean chowing down on a huge ice cream sundae. That’s life. The problem, though, is when intuitive eating turns into an excuse for not fueling your body in the proper way consistently over a long period of time. Eating a carton of ice cream every night and snacking on cookies all day long for weeks on end probably isn’t doing your health any favors. It’s probably making you feel emotionally unhealthy, too, if you’re really being honest with yourself.

My point is, there are many situations when people are not in a position where “listening to their bodies” in the traditional sense will be the best thing for their health. In those cases, it’s usually much more useful to listen to your brain. 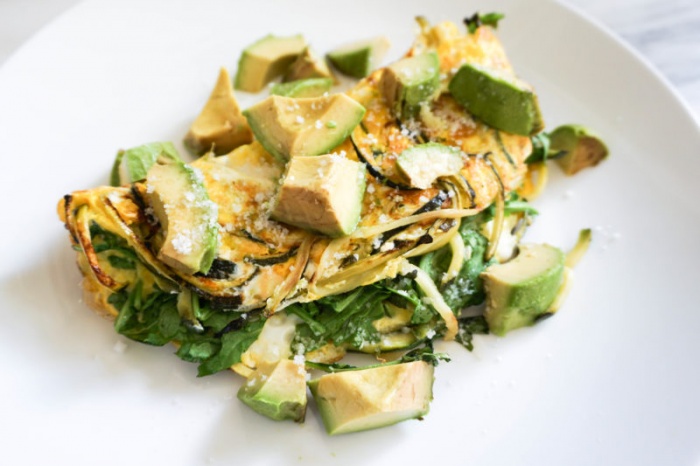 I spent many years not being able to trust my hunger signals, or even having any. There was a time when I was severely underweight when I wasn’t hungry at all. If I had “listened to my body” to guide me toward what and when to eat, I probably would’ve eaten nothing and lost even more weight. I needed to put on weight, so I needed to ignore what my body was telling me.

As I ate more food, then things turned in the other direction. I had such severe malabsorption issues that I practically had no hunger signals at all. I constantly felt like a ravenous beast. I ate pounds of fish, steak, and vegetables at every meal. I would eat jars of nut butter in a sitting and 4-5 avocados at a time. This was not doing my body any favors, as it was worsening my digestive pain and was too much for my body to process at once. My body wasn’t actually that hungry, but my hunger signals were so off that it couldn’t tell the difference.

When I struggled with Candida overgrowth, my body made me crave sugar all the time. My body didn’t actually need an entire cake and three cartons of ice cream in one sitting, but it was tricking me into thinking I wanted it. Those false signals sent me back into binge-eating disorder and brought back a number of other bacterial overgrowths, worsening my overall health.

Even now, as I follow an extremely high fat, cyclical ketogenic diet, I’m hardly ever hungry. If I just “listened to my body,” I probably would only eat one meal a day. That would not be ideal for my health, though, because having regular meals throughout the day is important for supporting my hormones and digestion while I’m healing my body. 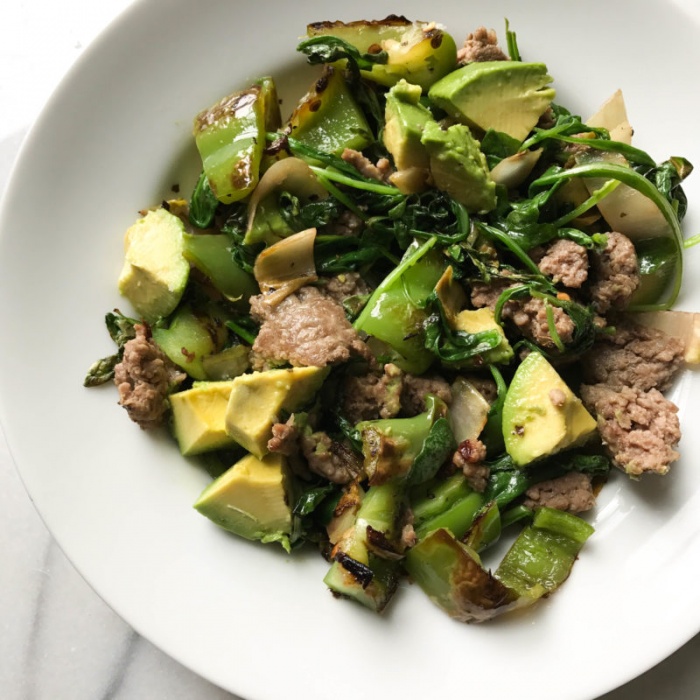 Through those experiences, I learned a different type of intuitive eating. The way I approach it is to ask myself, How do I want to feel? How do I truly want to feel? That question works even when your body’s signals are completely off. I’ll show you what I mean.

For instance, when I wanted to binge on sugar and ice cream and cake, I knew that I wanted my digestion to start working again and I didn’t want to feel like a slave to sugar. That’s how I truly wanted to feel. So I knew that other foods were better choices than the sugar bombs. I stuck to my brain.

When I was 30 pounds underweight and didn’t really think I was ever hungry, I asked myself how I wanted to feel. I wanted to have energy and feel like I was living again. I wanted to feel confident in my body and to feel like I had the strength to do anything I wanted to do throughout the day. To do that, I needed more nourishment for my body. Even if it was uncomfortable. So I added extra servings to my plate.

When I was on a low-FODMAP diet to manage my SIBO and craved a huge sweet potato, I asked myself how I wanted to feel. At the end of the day, I wanted my stomach pains to go away, and I wanted to feel like my digestion was in check. I knew that even though a sweet potato sounded good for a second, the way it would make me feel afterward (doubled over in cramps and sharp pains), was not how I wanted to truly feel. So I listened to my brain and went for the squash instead.

And now, when it’s getting late and I’m still really full from lunch but have only had two meals during the day, I eat more. Because I want to feel fully healthy and energetic longterm, so I need to make sure I eat even when I’m not hungry these days. Eating so much fat turns off my hunger signals, but I don’t want that to lead to an accidental reduction in calories when my body is so stressed out for so many other reasons. Again, I listen to my brain. 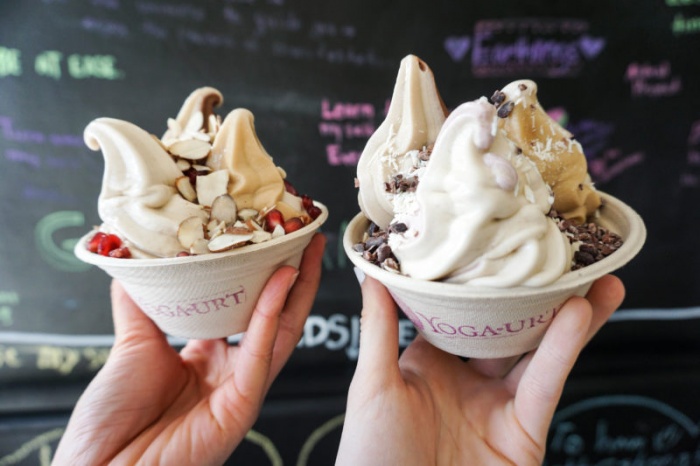 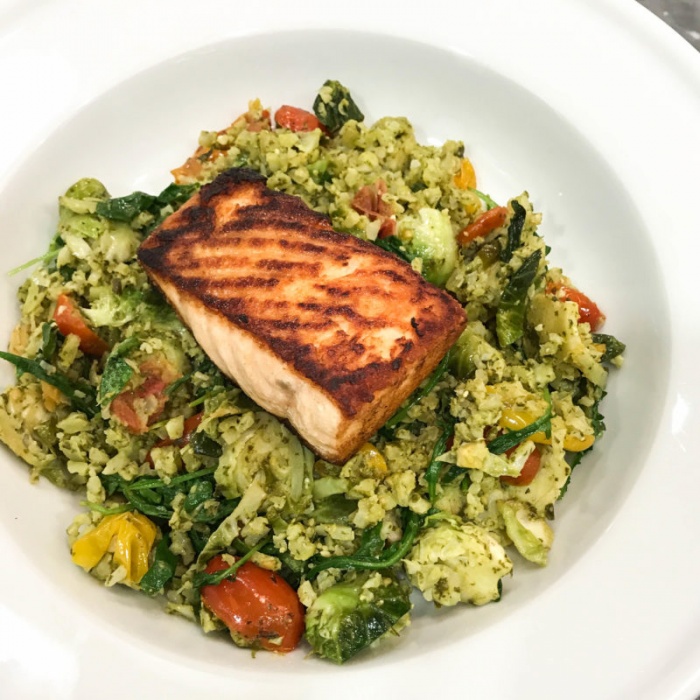 There are so many times when the healthiest thing to do is to choose your emotions. I personally believe that emotional eating is totally healthy in the context of a balanced lifestyle. Sometimes you pick your physical health, and sometimes you pick your emotional health. It balances out. It’s just about being self-aware of how you truly want to feel and conscious of your decisions. Understanding the why behind your choices and doing what will truly make you feel your best.

So that’s my take on intuitive eating. I don’t believe the term should be used to justify eating whatever we think we want, whenever we think we want it. It shouldn’t be an excuse to eat unhealthy foods all the time and then justify it as “intuitive eating.” I don’t think people should feel like they can’t intuitively eat if their hunger signals are off, but I also think we need to adjust our idea of what intuitive eating really means. Other people might shame following a nutritionist’s food protocol, for example, because it’s not “listening to your body’s cravings in the moment,” but I do think it’s intuitive. It’s following your intuition to respect a plan carefully set up for you by your nutritionist to improve your health long term and to make you feel your best. It’s following your intuition to know that listening to your body isn’t always better than listening to your brain. You have the freedom to choose to listen to your brain or to your body, and you have the power to define what intuitive eating means to you. Don’t ever let anyone feel like you don’t. 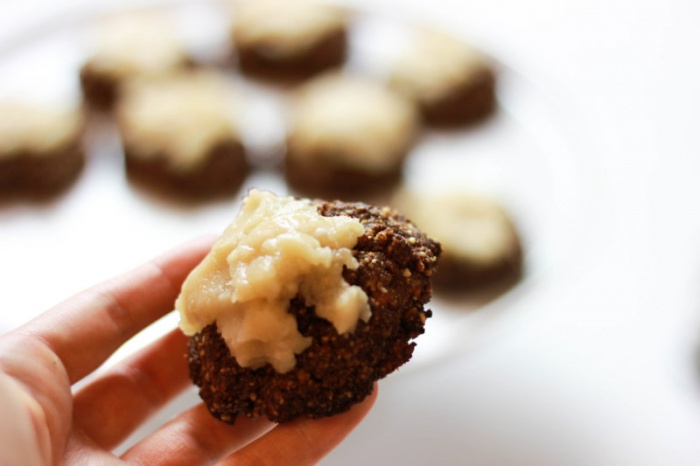