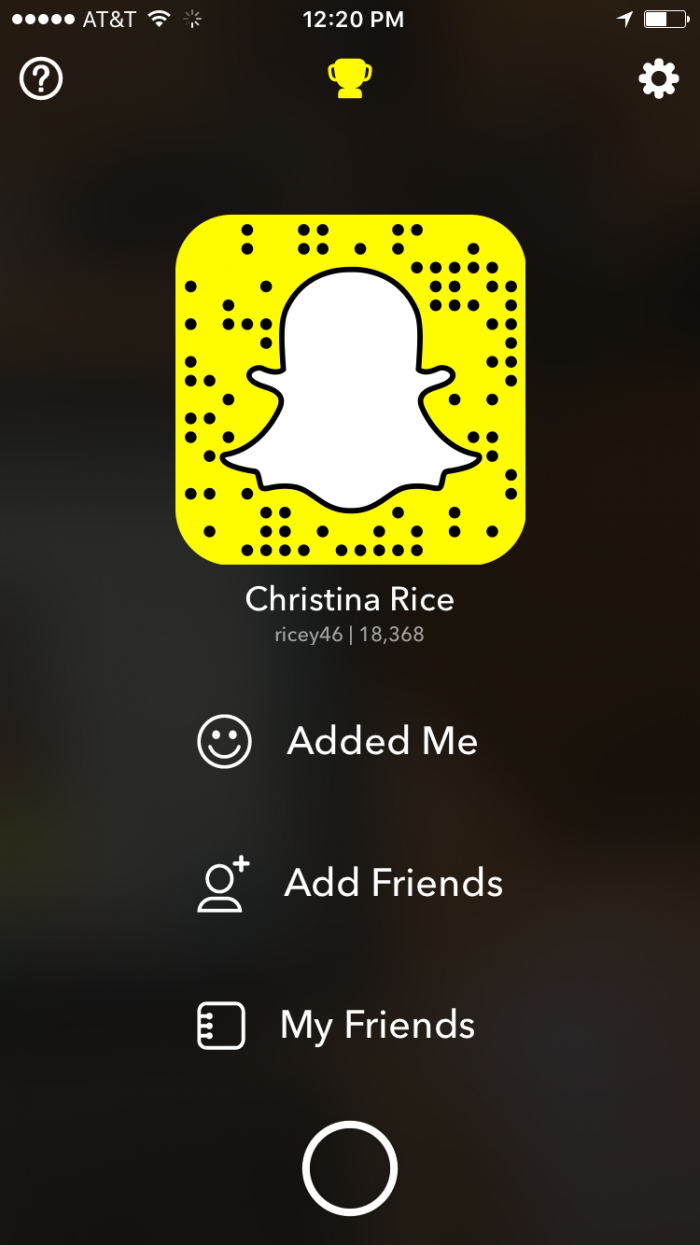 Here’s the quick version of my Snapchat history. Snapchat first came out when I was in high school, and I immediately became obsessed. I quickly realized it was completely taking over my life and destroying my iPhone battery, so I deleted the app. Instagram, Twitter, & Facebook were enough social media for me, and I honestly never felt like I was missing out on much.

Fast forward about four years later. Snapchat stories came out, and the idea caught my attention. Then last summer, my friend somehow convinced me to download the app again. I didn’t tell anyone I was back on Snapchat, though, besides a few select people. Instead, I became totally addicted to watching people’s stories. I love learning details about other people’s lives – their opinions, their thoughts, what they’re doing, where they’re going, who they’re with. I think it’s intriguing.

Good Snapchat stories are KEY sources of information. Health tips, fitness inspo, product reviews, life motivation, business advice, world news, pop culture, recipe ideas, hilarious life events – it’s all on Snapchat. So that’s mainly what I use Snapchat for – as a source of information. My story isn’t that exciting, TBH. I spend most of my Snapchat time watching other influencers so I can learn their tips and tricks and see what they’re up to.

I follow waaaaaay too many people on Snapchat. I’m overwhelmed. But there are a few people whose stories I always make sure to watch. I thought I’d share my favorite Snapchatters with you and explain just why I love ’em, so you can also join in on the fun.

I’ve divided this into beauty-related and lifestyle (a.k.a everything else) Snapchatters because the people in the “Beauty” category spend a lot of time discussing makeup products, which I know not everyone is interested in. They all still post things that are not related to beauty, but there is a good amount of product-talk on there. 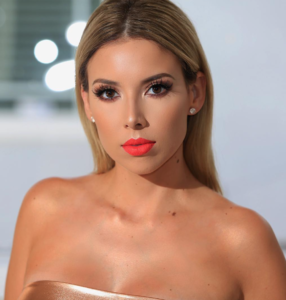 Not only does Katy slay the makeup game every time, but she’s seriously one of the funniest human beings on this planet. Katy’s Snapchat story is filled with makeup reviews and sneak peaks of her YouTube videos, as well as hilarious snippets of her daily shenanigans. She always keeps it real. You can expect a lot of great vids of her dogs as well as lots of good banter with her hubby, Jonye. Katy’s story literally makes me LOL every time I watch it, which brings me to my next favorite Snapchatter… 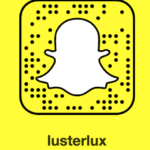 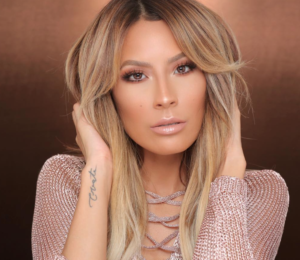 I feel like you can’t follow Katy without following Desi, and vice versa. They’re besties, and practically two parts of a whole. They’re in each other’s Snapchat stories constantly, and it’s hilarious to see two perspectives of the same events. Like Katy, Desi always slays, and she’s another one of the funniest humans in existence. She also has some great dog vids, gym snippets, and epic nights out in addition to all of her makeup-related snaps. I thought I was obsessed with Desi and Katy just from YouTube, but after becoming part of their Snapchat fams, I’m even more in love. #SQUADGOALS 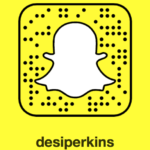 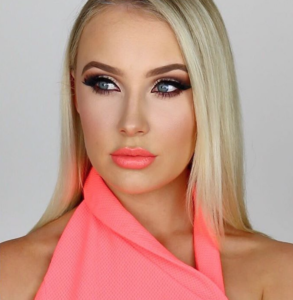 Another makeup legend. She’s another one of my favorite YouTube beauty gurus, but her somewhat-daily rants are what make her Snapchat Story so fab. Lauren rants about life, social media, makeup, body confidence, relationships…Pretty much everything. And she just gets it. Lauren says everything we’re all thinking but too afraid to say, and I have so much respect for her. Plus, her lashes are INSANE – I could stare at them all day long. 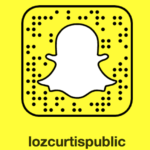 If you’re interested in makeup at all, you’re probably already obsessed with Jaclyn Hill. Not only is she one of the most incredible makeup artists to ever walk this planet, but she has a heart of pure gold. Watching Jaclyn’s story is like hanging out with your best friend. You literally see every part of her life – waking up, hanging out with the dogs, being crazy with her bestie Jackie, pool time with her family, BTS YouTube action, product reviews and sneak peaks, and more. Jaclyn also goes on some amazing rants. This girl is real, down to the core, and everything she says makes me want to throw my hands up in the air and be like, YAAAAS GIRL! 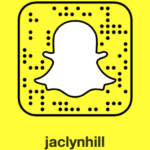 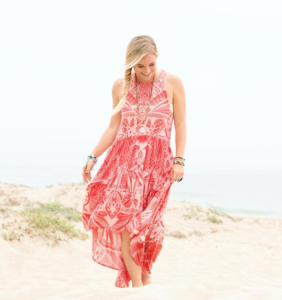 Okay okay, so I might be biased about this one. But I promise I was obsessed with Jordan’s Snapchat long before I became her intern. Jordan always snaps BTS of the blogger life, which includes lots of yummy food, photo shoots, L.A. events, and travel. What I’ve always loved about Jordan’s Snapchat is that she shows her real life – sweaty gym selfies, days at the farmer’s market, cuddling with her kitten Huddy, and just chillin’ at home with a face mask and a good book. And her Alfred obsession, of course. I mean, she is “The Balanced Blonde”! Plus, you might catch me on her Snapchat once in awhile. 😉 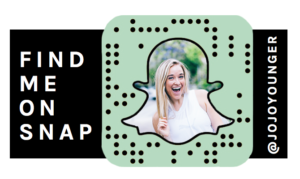 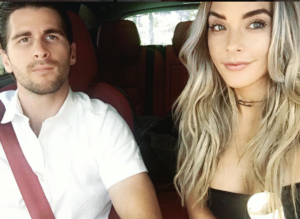 Lauryn and Michael are Snapchat bosses. Lauryn’s blog, The Skinny Confidential, is what got me interested in the blogging-world initially, and her Snapchat is just as high quality as TSC. The reason I’m obsessed with all-things TSC is that it’s basically just a huge LIFE HACK. She shares every trick that any woman could ever need, many of which have seriously saved me in college so far. You can expect beauty tips, yummy food, fitness hacks, restaurant recommendations, fashion inspo, and more on her Snapchat.

I just realized that Michael is the only male I follow on Snapchat besides my close friends. That’s not on purpose – I just tend to gravitate more towards female influencers. But I think it shows his Snapchat stories are definitely worth watching. Michael discusses life hacks, business, good books, motivation, and more. Have you ever listened to someone talk and thought, “Okay, this person knows his shit. I need to pay attention”? That’s how I feel when I watch his stories.

The most important thing, though, is that Lauryn and Michael are hilarious. Nonstop entertainment, and you get his and her perspective on the same events. Plus, they’re super straightforward, and no topic is off-limits with this duo. You need to listen to their podcast if you haven’t already. The banter is addicting, and you’ll be very happy that it continues on Snapchat. 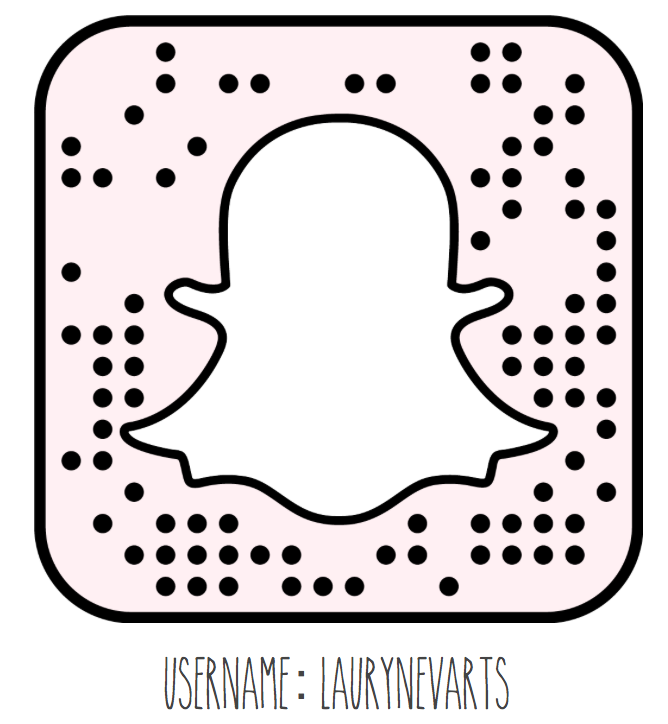 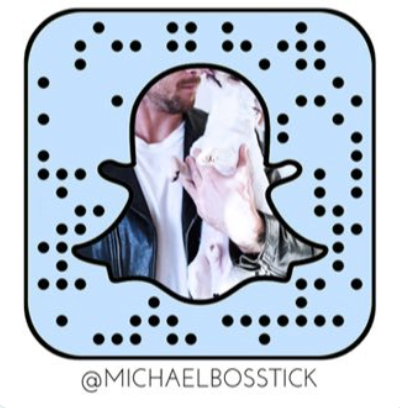 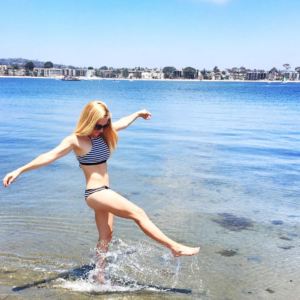 Again, another blogger with a STRONG Snapchat game and a kickass personality. Kayleigh’s Snapchat story is the ultimate healthy-living inspo. She posts a ton of motivating fitness Snaps, and she shows SO MUCH DELICIOUS FOOD. It’s all healthy and literally makes my stomach growl. Kailey shows you step-by-step how she makes different meals, and it’s never too complicated. Plus, I love seeing her everyday life. Days at the ballpark, shenanigans with her bae, going out with friends, and more. Kayleigh’s story is serious inspo for living a balanced life. 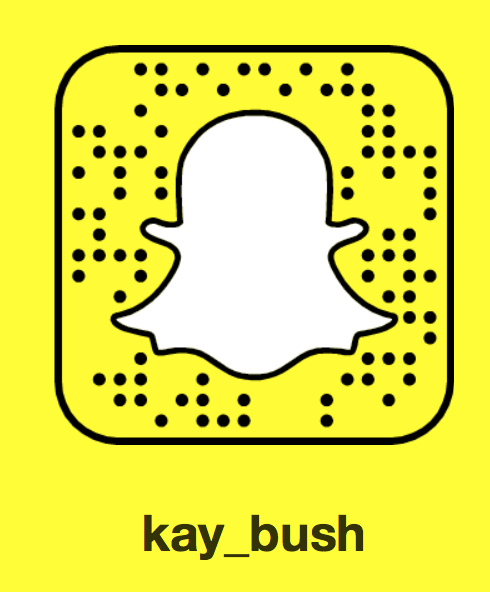 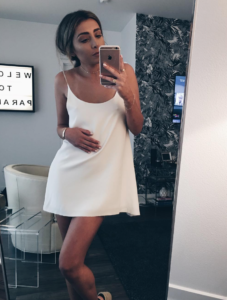 Like her YouTube channel, Lauren’s Snapchat leaves me in tears, in the best way possible. I’m seriously CRYING of laughter almost every time I watch her videos. She also has killer fashion sense, so I’m obsessed with seeing her daily outfits. Most of the time I can’t even tell when she is serious and when she isn’t, but I don’t care. She’s freakin’ hilarious. Also, when she live-Snaps her reactions to The Bachelor/Bachelorette, I DIE. 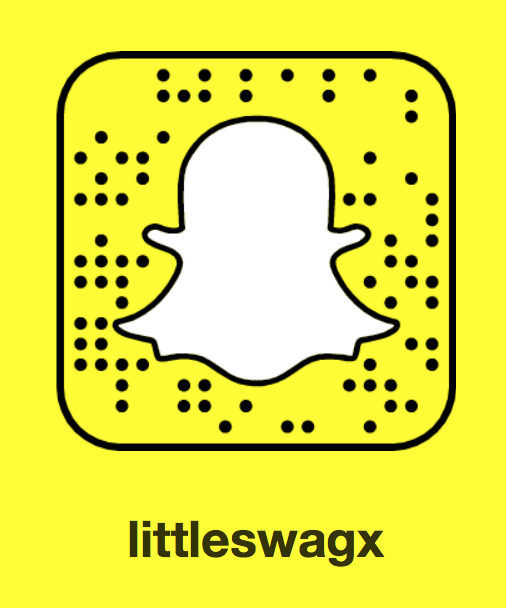 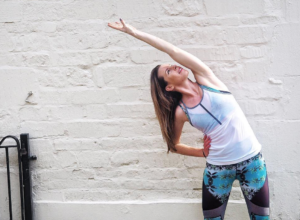 Carly has been one of my favorite fitness bloggers for a long time, and her Snapchat story is the perfect extension of her blog and YouTube channel. She always makes me smile. Carly radiates positivity, and she also has an amazing sense of humor. You can expect dog videos, delicious food, fitness inspiration (obviously), beauty products, and lots of travel! Honestly, the traveling is one of my favorite things about her Snapchat story. I get to see incredible scenery and amazing places all over the world without leaving my bed. Instead, I can just live vicariously through Carly. 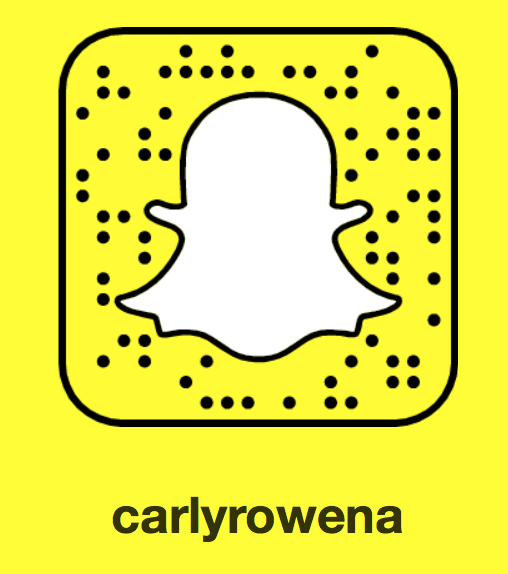 If you want to follow anyone I mentioned, just go on Snapchat and take a pic of the Snapcode shown above. Get ready for a Snapchat party!

Who are your favorite people to follow on Snapchat? Let me know in the comments! XO