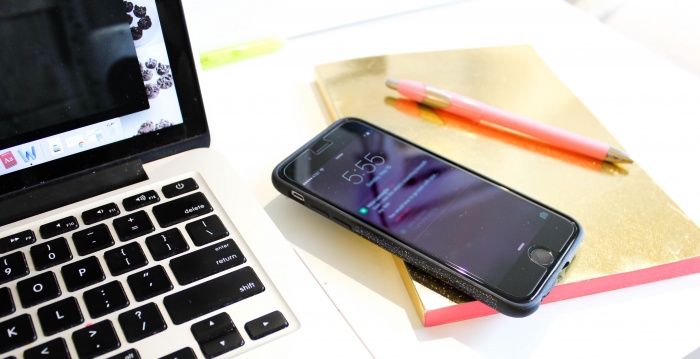 I spend WAY too much time on my phone. NOT EVEN TALKING TO ANYONE. And it’s irritating the crap out of me.

Let me backtrack and explain how this all started.

A few weeks ago I was having one of those days (I was a total emotional mess), so I started swatching eyeshadows on the back of my hand to make myself feel better (yes, I’m serious). My hands got super dirty, so I went into the bathroom to wash them and casually tossed my phone onto the bathroom counter. Then time warped to snail speed as I watched my beautiful white iPhone slide down the counter and PLOP RIGHT INTO THE TOILET. No hesitation – I squealed and grabbed it right out, but it was dead. Donezo. I was pissed. Going to AT&T/dealing with getting a new phone is such a hassle. So I had a meltdown, spent the day figuring out how I could get a new phone, and found out I had to wait 2 days for the phone to be mailed to me through my insurance. Two days. Not so bad, right?

Without my phone, I felt vulnerable. I felt empty. I constantly felt like I was missing something (well, I was). I felt extremely paranoid and unsettled. WHY? Even without a phone, I could still do pretty much everything important as long as I had my computer. We live in a world where even when your phone is broken, it’s still basically impossible to truly shut yourself off if you’re still somewhere with an internet connection. I could still text, watch TV, listen to music, scroll through Instagram, read books, and browse the web on my computer and iPad. Not having a phone wasn’t technically stopping me, but it was.

I realized how extremely dependent I am on my phone, and I feel like that dependence is kind of necessary, but also really ridiculous. 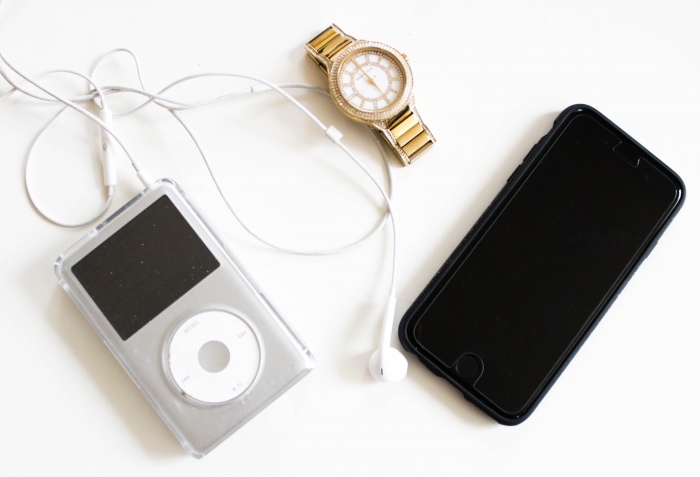 Part of why I was so uncomfortable not having a phone was that I felt very unsafe. I did not feel comfortable walking around the streets without a phone on me in case some psycho popped out from around the corner and tried to kidnap me. Or in case there was some kind of emergency where I needed to call someone or someone needed to get ahold of me. What if my roommate got locked out? What if my boss needed me? What if a family member got in an accident? What if my apartment caught on fire?! SO MANY HORRIBLE THINGS COULD HAPPEN, and I would be completely ignorant until it was too late. I also realized I would be helpless if I got lost driving somewhere. I’m useless without a GPS. It was also quite inconvenient that I didn’t have an alarm. I tried to use my iPad for that purpose, but it’s ancient and the sound was NOT loud enough to drag my butt out of bed. So I employed my wonderful roommate to be my human alarm clock for a few days, and it all worked out in the end.

I think those are valid reasons to want to have a phone. But the rest of the reasons why I was so uncomfortable and irritated about not having my iPhone were totally ridiculous.

I felt naked walking to class. I used my iPod (which required some dusting off, no joke) while walking to campus, but I still couldn’t shake the empty feeling of not holding a device in my hand that connected me to the outside world. Even if there wasn’t something specific I wanted to look up/look at, it would have been comforting to know that I could have if I wanted to. I was super paranoid that someone was going to need to get ahold of me or that I would get an urgent email and miss it. I think the most horrifying part was that using an actual watch to keep track of the time felt really inconvenient. Like, so much work to figure out where the hands are pointing. 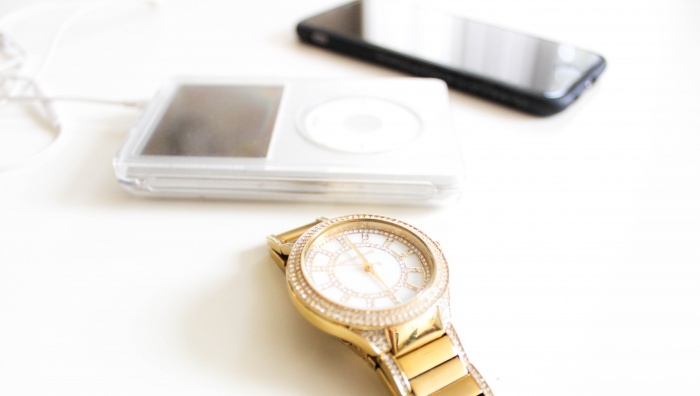 I also realized that I have the focus of a squirrel. I couldn’t even sit down and watch TV without feeling antsy because I’m so used to checking social media and texting WHILE I watch shows. What is wrong with me?! Am I ever doing just one thing at a time? Apparently not, and I had never even noticed it. I even noticed how much I use my phone WHILE I’M WORKING OUT. Before this little experiment, I never realized how often I check Snapchat stories and scroll through Instagram and Twitter while resting between sets. I felt weird. Even while cooking, I’m used to having my phone in my free hand! Ugh. I’m so ashamed. My phone is like an appendage. And I KNOW I’m not the only one. I felt like I was late for everything and missing out on lots of important info even though I wasn’t. I was perfectly connected through all of my other devices, and even if I wasn’t, it was only for TWO DAYS!

I was, however, extremely productive. I know I procrastinate on homework and make everything take much longer than it should, but I did not realize the unfortunate extent of that procrastination. Looking at the clock definitely put things into perspective. I completed what usually took me about four hours in one hour. And then I had SO MUCH FREE TIME.

Fast forward a few days. I got my phone (and had a meltdown because it was black instead of white – I’m RIDICULOUS), and I found that I actually couldn’t mindlessly browse through social media anymore because I had learned so much in the prior days. So I started timing myself on how long it took me to “check” different apps. 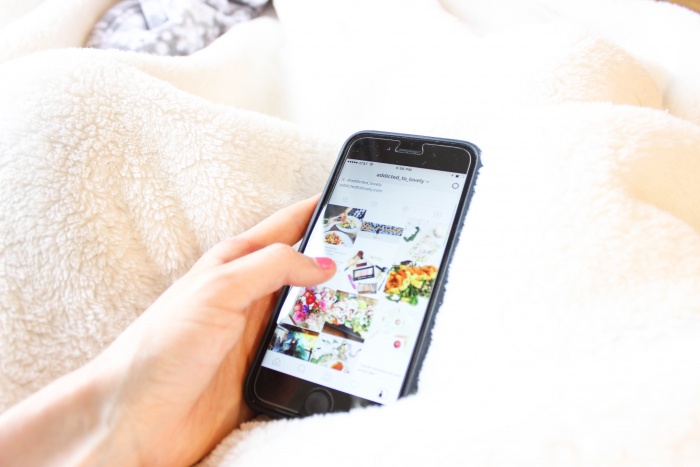 This information makes me super uncomfortable and I’m embarrassed to share my results, but I have to. I’m trying to figure out if everyone is as crazy as me and we all spend pathetic amounts of time checking social media on our phones. If so, I don’t understand how the world functions. I really don’t text anyone most of the time, so I can’t even imagine what it’s like for people who are actually social and texting/talking on the phone while also staying updated on social media. I’m glad this happened to me because it made me really kick myself in the butt and reflect on why I’m wasting my time going through so much social media when it’s literally eating HOURS out of my day when I could be doing something actually fulfilling. I don’t usually find out anything exciting on social media anyways, I’m just looking for something interesting. If I didn’t see any of the posts that I do see on social media, my life would probably not be any different.

I really just want to know if other people spend that much time on social media every day or if I’m an anomaly, so any feedback would be appreciated. Final thoughts: I’ve decided to drastically cut down on my social media usage because it is a waste of my precious time. I’m obviously still going to use it, but I do not need to scroll through Instagram for 27 minutes in a row. 27 MINUTES. I could do a full workout in 27 minutes! Anyways, I’m very grateful that my phone fell into the toilet. Funny how life works out like that. And in case you were worried, I love my black iPhone now. I think it’s kinda sexy. XO