I want to address something that really, really bothers me, even though I’ve talked about it before. 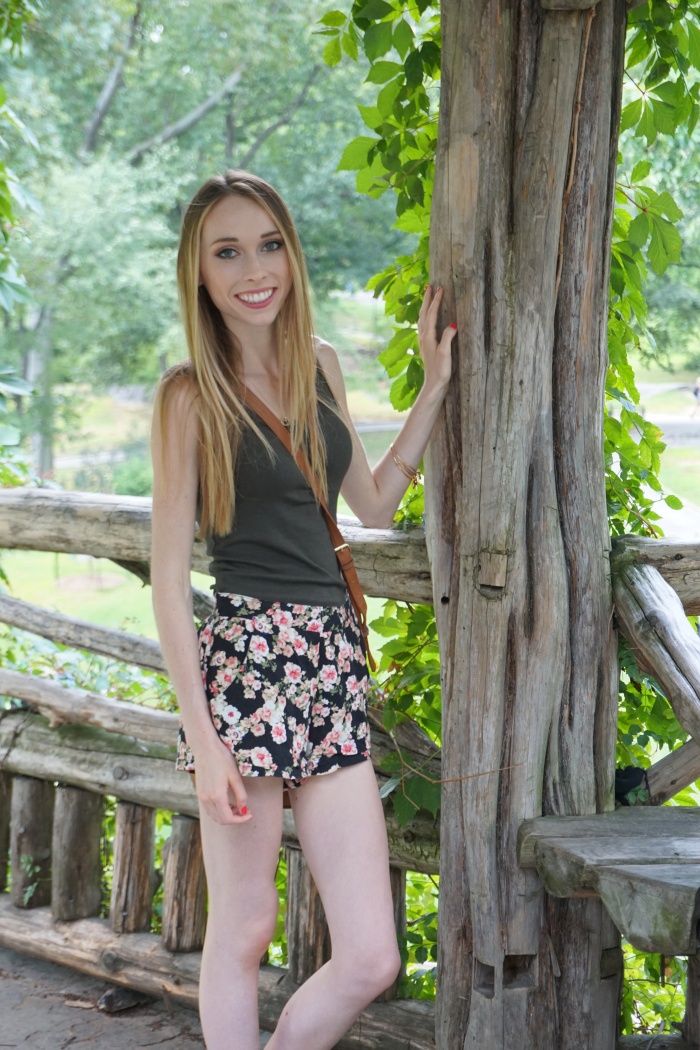 So many people in our society have the goal to be “skinny.”

First of all, what is “skinny,” really? Is it a certain weight on the scale? A certain look? Who defines that? And how will being “skinny” solve your problems? Why does “skinny” look better than whatever “not skinny” is? Who decided that?

Our culture has made a certain body type seem like the ideal. Many people think that if they can achieve that body, everything will be perfect. But no one talks about the ugly parts of being skinny. Being skinny is not the same thing as beauty. It is not the same as being healthy. It does not equal happiness.

The time I was at my skinniest was the worst point in my entire life. I was at an all-time low mentally, physically, and emotionally. Not only did I look like a skeleton, but I felt like one. The life had been sucked out of me, and it was clear how unhealthy my weight was. Still, people told me that I looked great. They wanted to know how I lost so much weight. What was my diet like? What was my exercise routine? It horrified me, and it scared me. 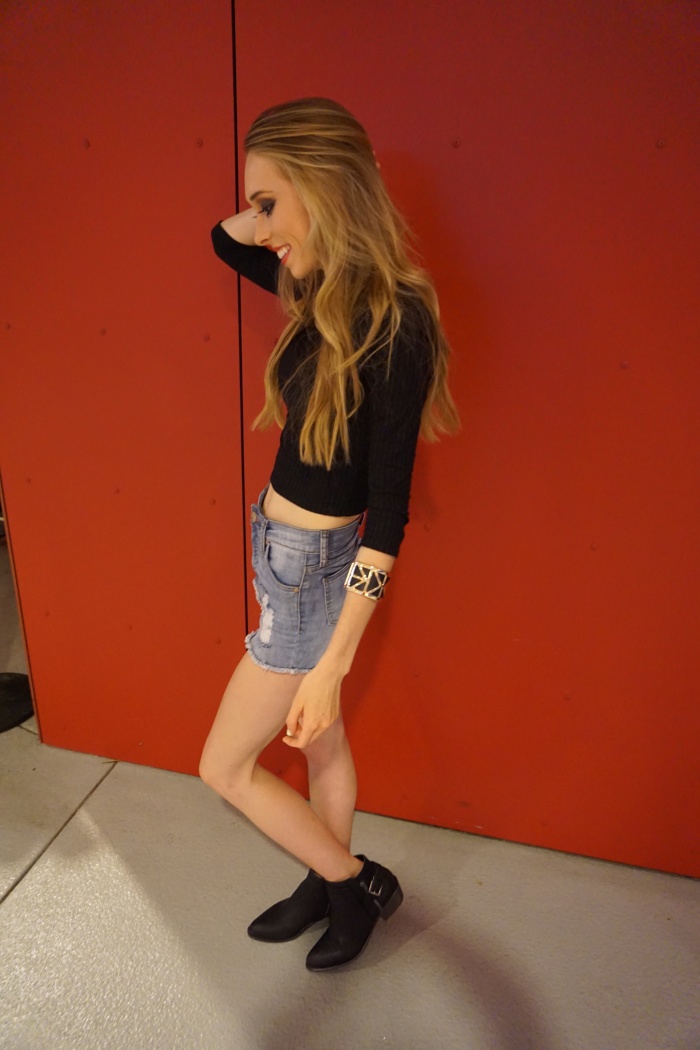 If they only knew what it was really like to be in my body. I wasn’t happy. I was scared. I was so unhealthy, and I was desperate to escape the body I was trapped in. Somehow, some people were still under the delusion that my dangerously low weight was something to be admired.

It was absolutely not.

Being “skinny” is not all it’s cracked up to be. Many of the models you see prancing around in magazines and on the Internet are dealing with so many negative consequences of being at such low weights, but no one wants to talk about that. Instead of ever mentioning the negatives and the risks, society pushes us to aim for “skinny,” and the public is deluded into believing that skinny is perfection. That it’s the ideal. Work out more, eat less, get that bikini bod – how often do you hear those things? I want to crush that delusion and explain to you what it’s really like. I want to tell you about the ugly side of skinny. 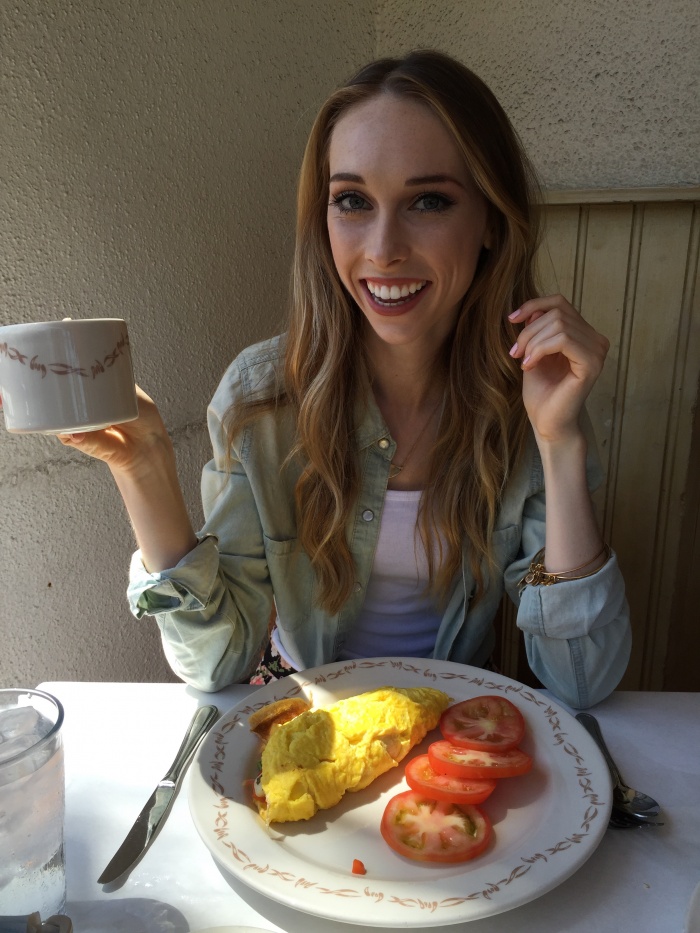 I felt a distance when I hugged people. They didn’t want to squeeze me too tight, and I didn’t want them to either. But even a gentle hug made me feel as though my bones were about to be crushed. Any hug made me hyperaware of my body, of my discomfort, and of the discomfort of those around me.

It physically hurt to smile. My skin felt tight, and I didn’t have the energy to move the muscles in my face. When I forced a smile, it didn’t feel right. Same with laughter. It was as though my lungs weren’t big enough, like it was too much for my body. Like my ribs would break if I laughed too hard or too quickly.

I was so cold. My favorite place to be was in my car because I could blast the heater on max even when it was 90 degrees outside. I wore multiple layers and sweaters everywhere I went. I hated leaving the house because I knew I would always be cold. I felt like a burden to anyone I drove in the car with. When the rest of the passengers in the car wanted maximum A/C to fight the heat, I was shivering and my teeth were chattering.

I hated sitting anywhere but my bed. My butt was so bony that it physically hurt me to sit on most chairs.

Crow’s feet and wrinkles lined my face at 20 years old. I couldn’t hide them. Wearing makeup only emphasized it. I felt like I had aged 100 years in a matter of months, both internally and externally.

I always moved slowly and carefully. I was afraid that with a wrong twist or turn my bones would snap.

I bruised almost anytime anyone touched me. I was very cautious. I hated wearing shorts because my legs were always bruised, usually just from them knocking against each other.

I dreaded getting pedicures, which used to be one of my favorite activities, because my legs would turn black and blue after the massages. I was embarrassed for the salon workers to feel my bony legs. They commented on how brittle my nails were.

I couldn’t wear any of my favorite rings anymore. My rings and bracelets just slid off of my fingers and wrists. It was the little things like that that saddened and frustrated me.

Shopping became a nightmare. Nothing fit me right. The clothes hung on me like a bag, and I didn’t fill anything out. If it did fit, it was usually so tight that it just emphasized my bony frame and made me feel even more self-conscious.

My hair was falling out. In the shower, when I brushed it, when I would lie down. I was shedding more than ever before, and I couldn’t slow it down.

I was always either starving with a burning fire in my stomach or not hungry at all. Never satisfied, either way, which left me moody and frustrated.

I wasn’t sharp anymore. I couldn’t think clearly, and it made me feel so unproductive. Everything was foggy, and nothing made sense. Someone would talk to me, and I couldn’t remember what the person had said just 10 seconds before.

My gumlines were receding, and they were bleeding. I was scared my teeth would fall out.

I could feel my heart with every beat. It was very, very slow, and very loud. It haunted me. When it raced too fast, I could feel it weighing me down.

The world spun in circles. I was more irritable than ever before. The smallest things triggered me, and I often spiraled out of control with anger or fear or sadness.

When I felt too strongly, I was scared I would somehow hurt myself. For example, if I laughed too hard or cried too hard, I was scared my body would physically break. It was too hard for my body to keep up with the breaths. I struggled to stay as calm as I could. 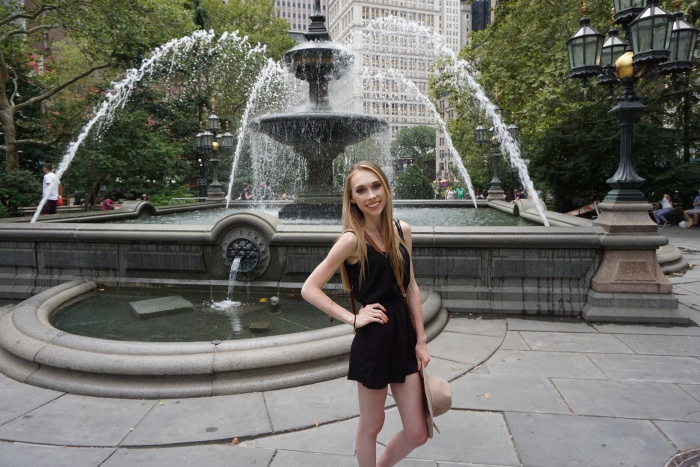 These are just some of the things that came with being “super skinny,” at a time when some people were somehow still praising me for the way I looked.

Do you still want it?