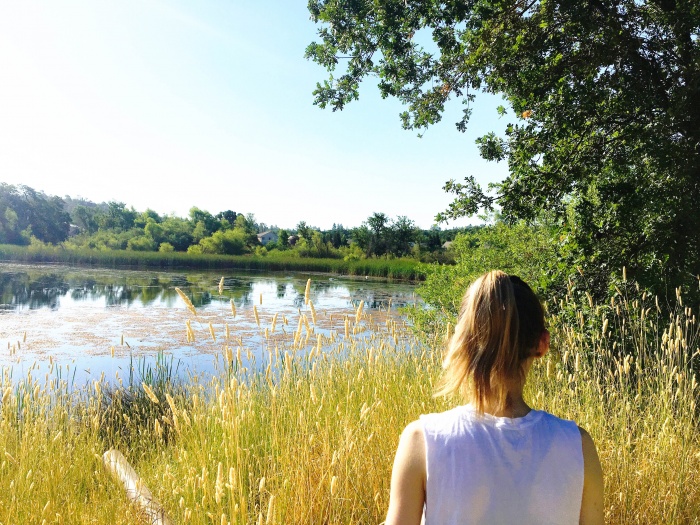 HAPPY FOURTH OF JULY, BEAUTIFUL PEOPLE! Well, it probably won’t still be the Fourth by the time anyone actually reads this, but still. Know that I’m thinking of you now! 🙂

This year, the Fourth of July was much different for me than ever before. As you know if you know me / have read any of my previous posts about holidays, I’m BIG on tradition. I cling desperately to my traditions, especially when they have to do with holidays, and I basically freak out if anything puts them at risk. It’s kindaaaa ridiculous.

That is what I’m afraid of. I don’t want to be let down. Does that make any sense? I don’t want the day to be any less satisfactory than what I’ve had before. I want it to always live up to my expectations. 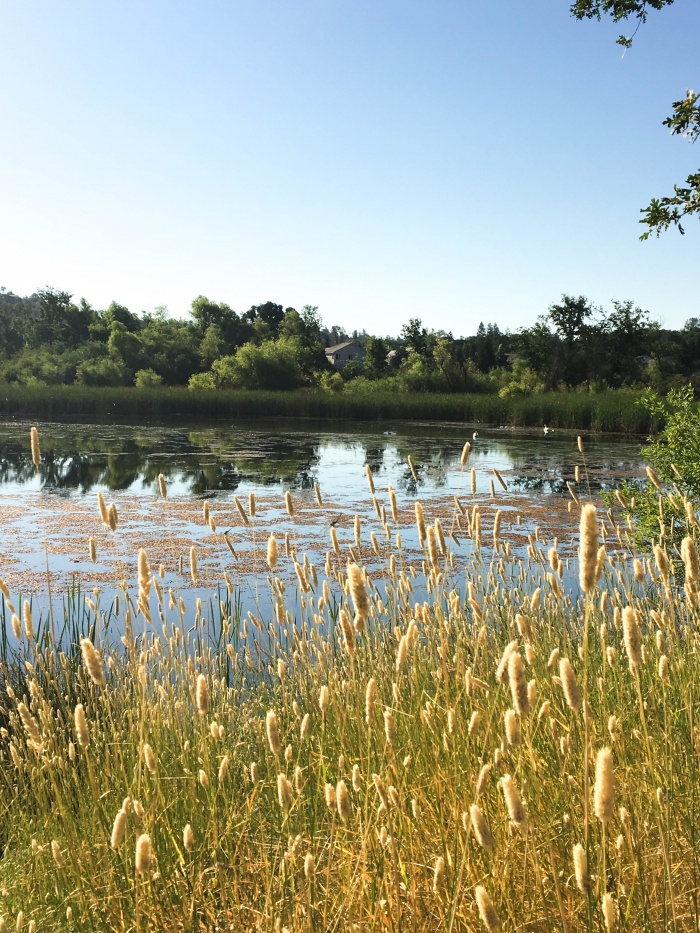 This year, I did something radical in Christina-land. I didn’t partake in a single one of my Fourth of July traditions. I wasn’t with my family, I didn’t go to our cabin, I didn’t watch fireworks, I didn’t have a National Treasure marathon (you know they’re good movies, just admit it!), I didn’t make s’mores, and I didn’t rock a bangin’ red lip. Actually, I didn’t wear a drop of makeup, which alone is usually a yearly occurrence at most. 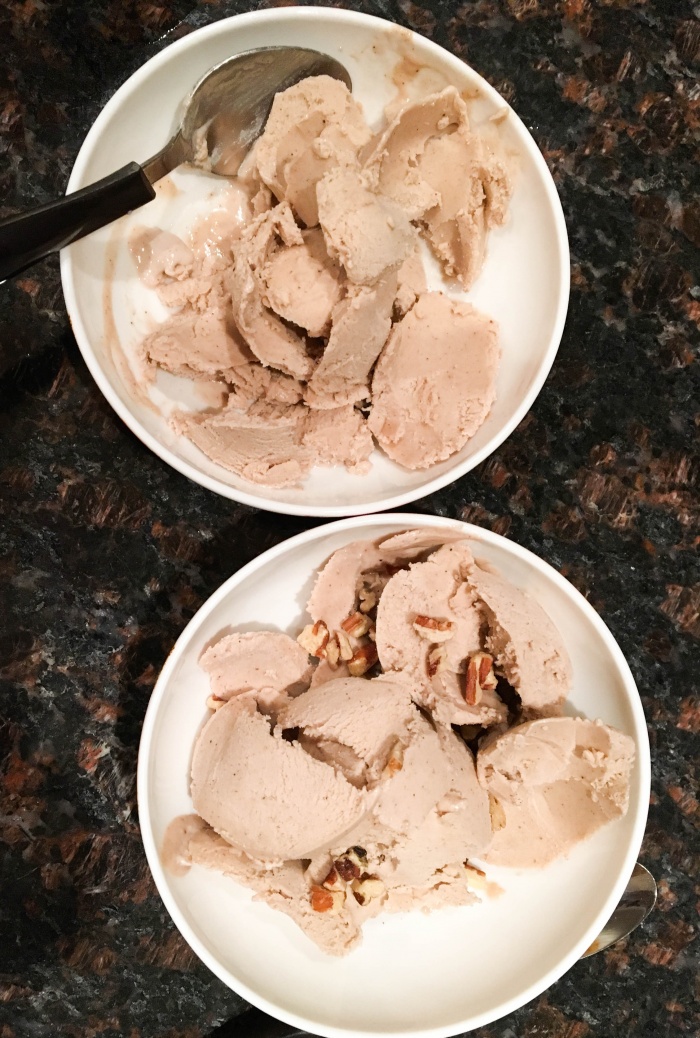 Instead, I took a trip up to Nor Cal for the weekend to visit one of my best friends in her hometown. The truth was, I was kinda nervous. Literally just nervous because I was breaking my tradition. Because everything wasn’t perfectly in my control and I didn’t know exactly what was going to happen. Was I going to miss being at the cabin? Was I going to feel like I missed out on something? Was it going to feel like Fourth of July weekend?

Part of growing as a person is putting yourself in situations that make you feel uncomfortable. I realize it might seem super ridiculous to many people that it would make me so worried to deviate from my usual festivities, but it just does. I think a lot of people who have anxiety like me, or even people who don’t, can relate on some level. It’s a common desire among many of us to want to be in control, to know what’s going to happen, to want to ensure that things don’t go awry. This is just one of those cases for me. 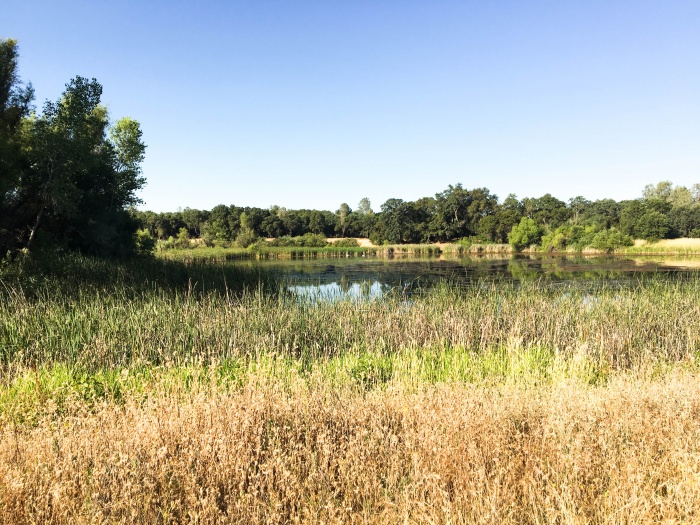 But I really wanted to see my friend, and this was the weekend it worked, so I went for it. I wanted to test myself and prove to myself that I don’t need to be afraid to break tradition. I did everything I could to make sure that I could relax as much as possible over the weekend – I got ahead on my work for school, finished 99% of my work work, finished up my weekly blog posts, got the podcast up, and didn’t stress about what to pack (A.K.A. I brought everything). I was as ready as possible.

And you know what happened? 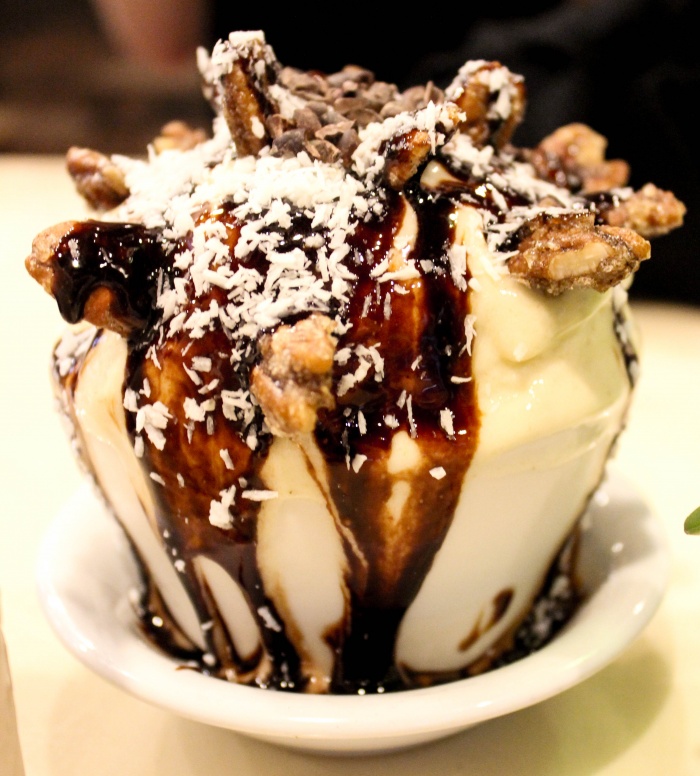 The weekend was amazing. Like, so much fun. Probably better than any other Fourth of July weekend I’ve had in a loooong time, and it was BECAUSE I ditched my traditions.

I realized that I don’t have to do the exact same thing every time to get the results I want. There’s not just one way to have a good time. What mattered was that I was around positive, loving energy, I wasn’t worried about what was going on outside of the moment or place I was in, and I was able to just take a break and enjoy myself.

So, what did I do this weekend? 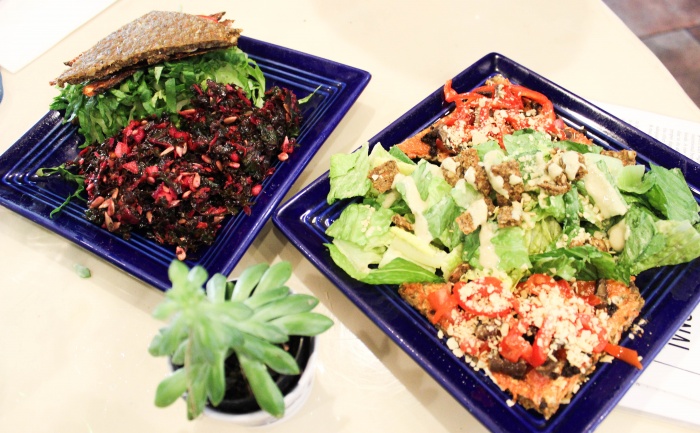 I’ll just start off with food, because we all know it’s my fave. We ate at an amazing raw vegan restaurant called The Green Boheme, and I’m officially obsessed. Everything is vegan and gluten-free. Aaaand obviously I took pictures. Sorry I love food. (Not really sorry…) 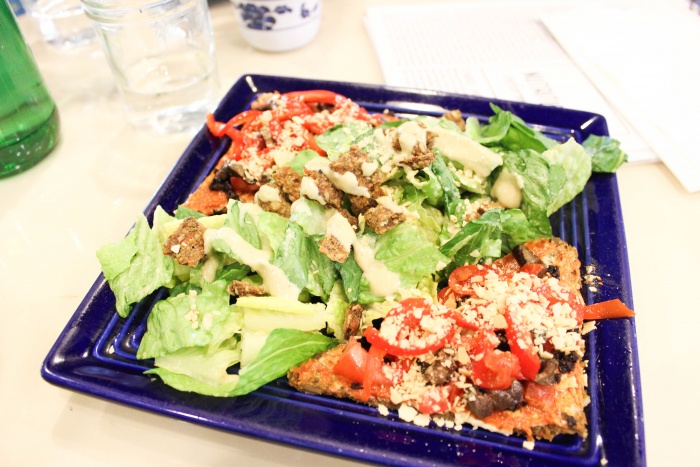 The veggie pizza was to die for. I rarely eat pizza, as I mentioned in my cauliflower pizza post, so this definitely hit the spot. And I’m always a sucker for a vegan/gluten-free caesar salad. 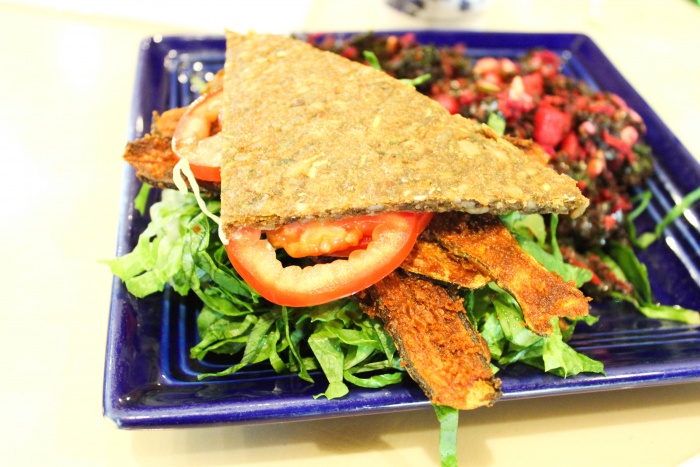 We also split a vegan BLT, which was NOMMM. The bacon was made out of zucchini….YES. 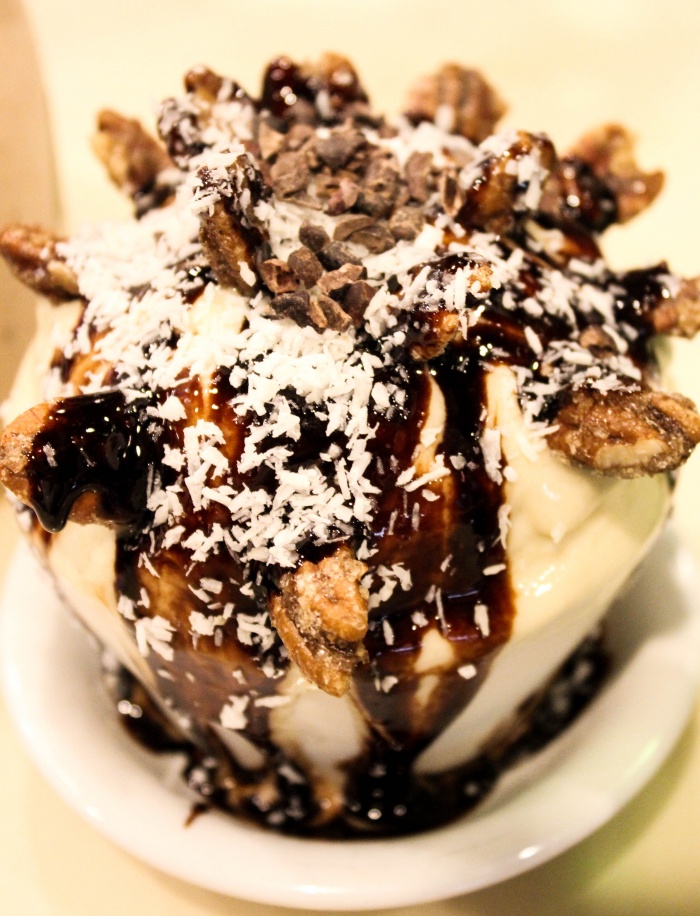 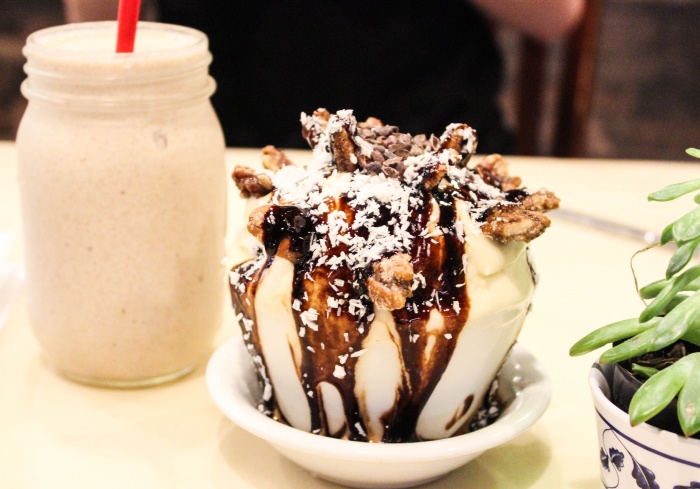 And that Horchata smoothie?! EVERYTHING. Cinnamon perfection. 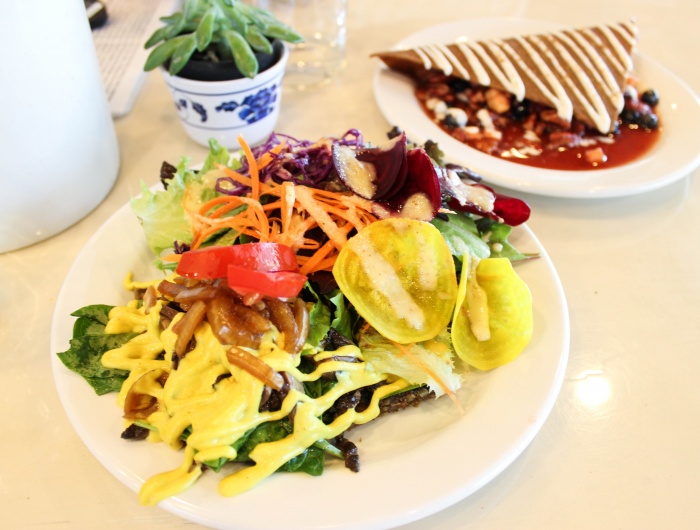 I was so obsessed with this restaurant that I made my friend take me back later in the weekend for breakfast. I got the Porto Benedict and basically died of happiness because the hollandaise sauce was creamy and divine. I haven’t had hollandaise sauce in probably 10 years, so I was a happy camper. 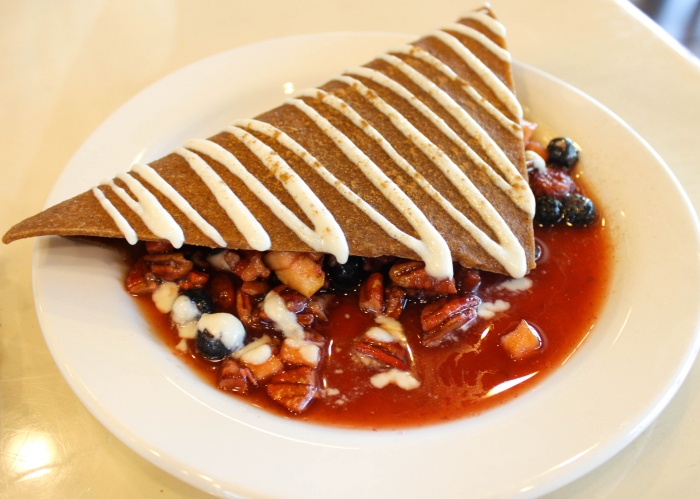 And can we just talk about this coconut crepe? The wrap was made out of coconut meat, coconut sugar, and apples, and it was stuffed with fruit and pecans. And that coconut drizzle on top? Perfection. 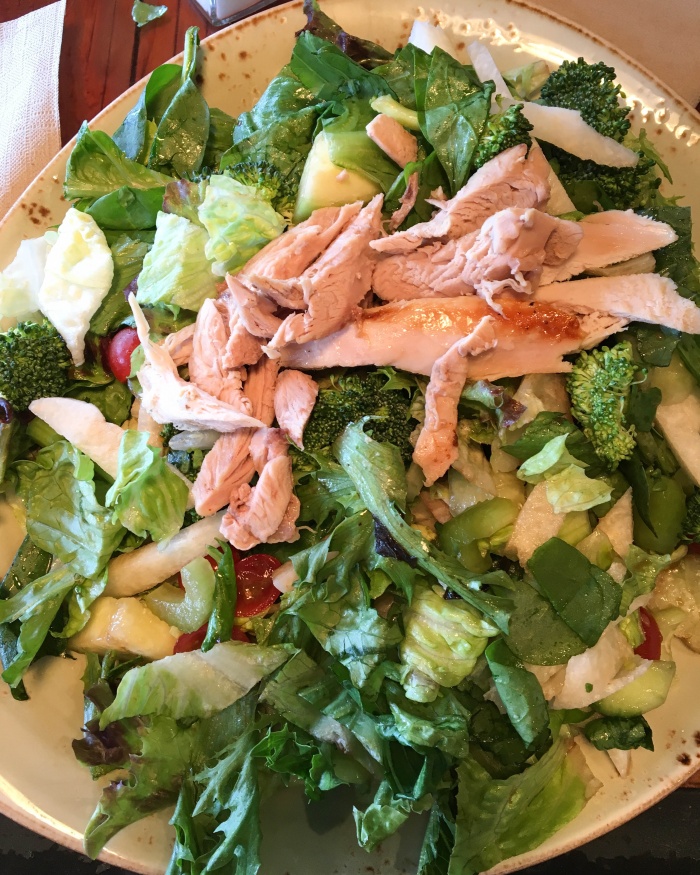 We also got some fab salads at a local restaurant with an epic salad bar, and we cooked the rest of our meals at her house. Her parents fired up the grill and we roasted copious amounts of veggies, chicken and salmon. SO GOOD. Everything tastes better grilled. 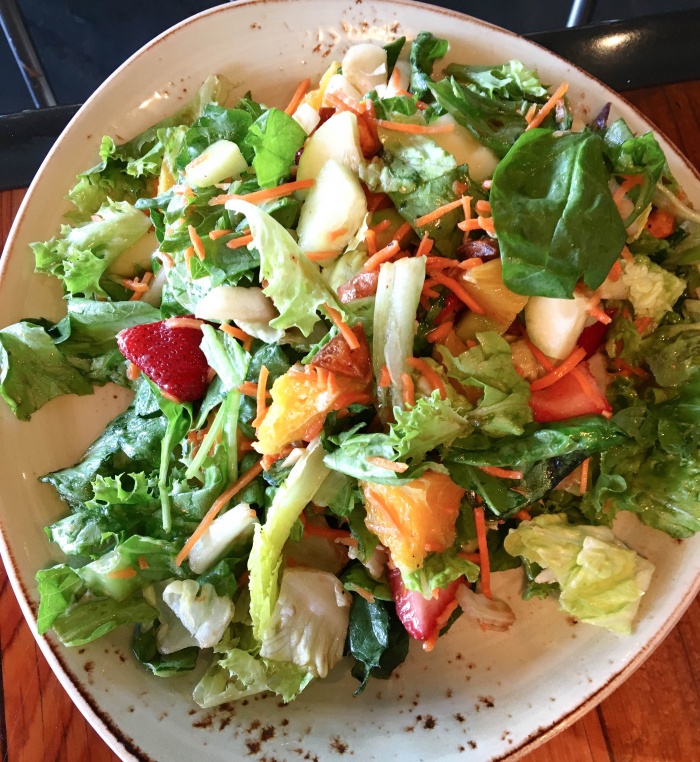 We also went to see Finding Dory, which was SO PERFECT OMG. Baby Dory is just…I have no words. We went bowling, shopped at the mall, perused Target, Netflix’ed Dragon Tales (I’m serious) and While You Were Sleeping , watched Harry Potter, and took some long, relaxing walks around her neighborhood and nearby trails. We also did some photo shoots for fun because my friend is an AMAZING photographer. I’m sure you’ll see those pics very soon! 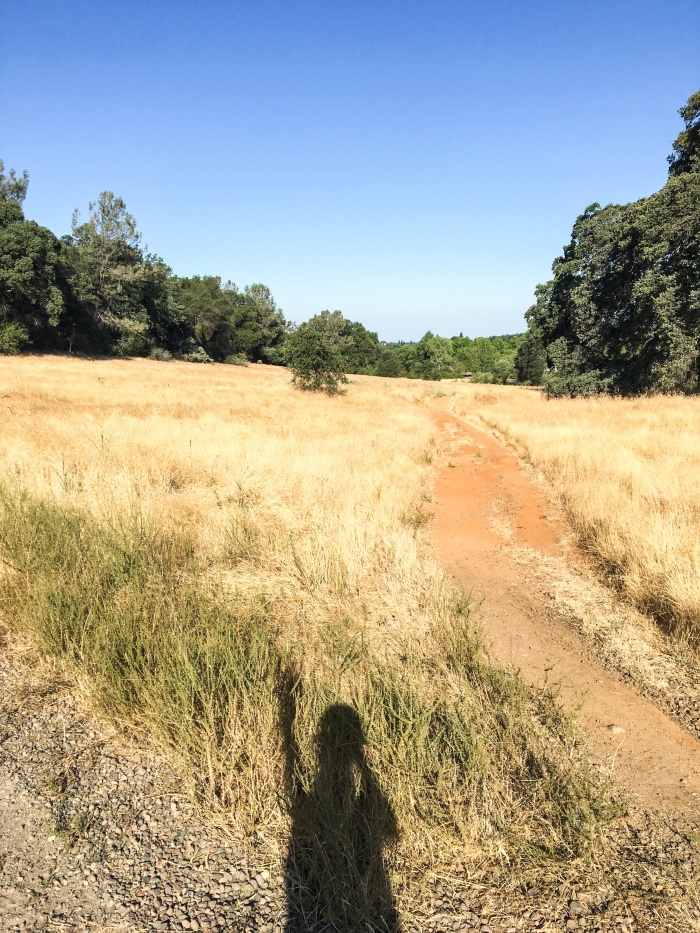 She also took me to the local Whole Foods, where I basically cried of happiness. It was so big and glorious and had so many products that I had never seen before but need in my life. Obviously, I had to pick up some tea. I was pretty much dying of joy because this tea has COMPLETELY clean ingredients (which is very difficult to find nowadays) and is 100% organic and non-GMO. I had to restrain myself from buying every flavor. 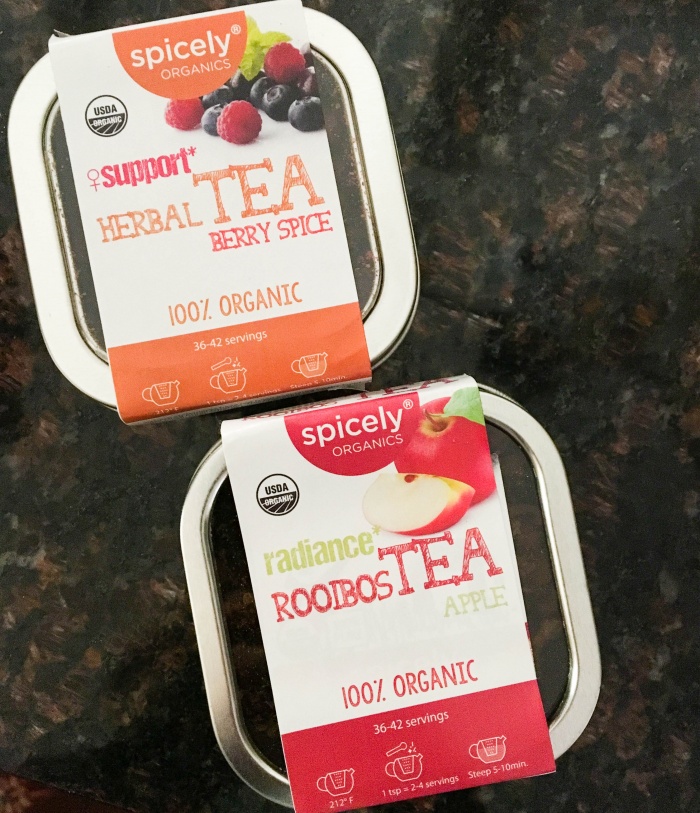 The weekend was fast and busy, but still extremely relaxing. It was the perfect balance of everything. I wasn’t worried about anything else, and I had a great time. I drove back to LA this morning, which meant my Fourth of July kinda felt weird because I wasn’t doing anything Fourth of July-ish, but I don’t really care. I’m going to curl up with a movie, paint my nails, throw on a face mask, listen to the popping of the fireworks from afar, and have some “me” time.

The point I think I’m trying to make to myself, and to you, is not to be scared to switch things up, and to give yourself permission to take a break. I was worried that if I deviated from my traditions and ended up feeling like I was missing out, I would feel guilty for having taken “time off” from doing work over the weekend. But I gave myself the chance to try something different, and I definitely do not regret it. I feel completely rejuvenated after my weekend getaway. My plan is to continue to make an effort to try new things, to let go of my “control”, to give myself more brain breaks, and to just let things happen as they happen.

When you stick to doing what you know, you know what the outcome will be. It’s safe and predictable, so nothing “worse” will happen. But what if you take a chance and something even better comes along? You’ll never be able to have an even more amazing experience if you don’t make the space for change. 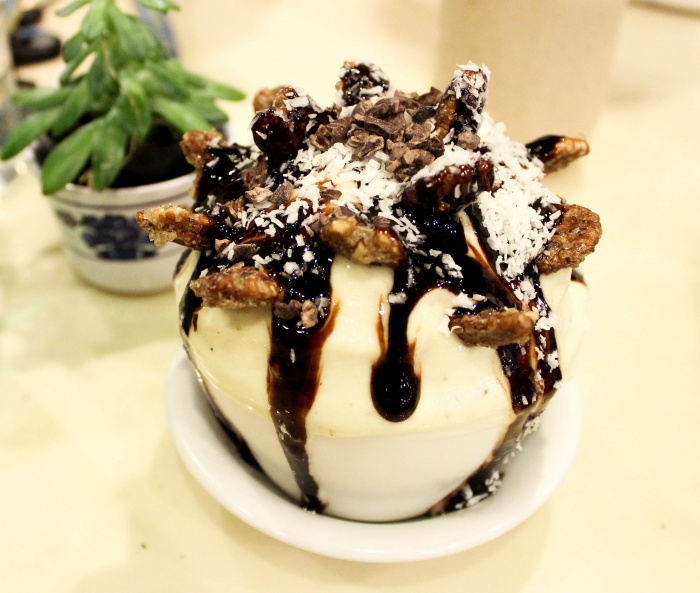 Anyone else have traditions or routines that they would be super uncomfortable to let go of? Let me know in the comments. What did you guys do this Fourth of July?! I’d love to hear! (Even if you were just being a grandma like me!)