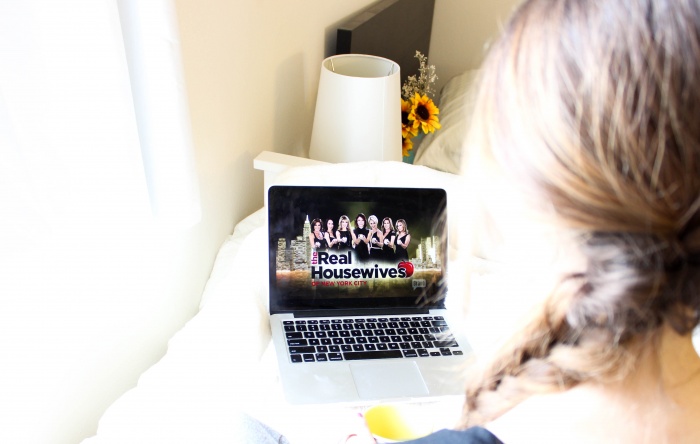 Something totally crazy has been happening this past year in the TV world. The storylines on Bravo’s Real Housewives have actually been addressing REAL issues. It’s been very refreshing. And very interesting.

I’m a total Housewives addict – Beverly Hills, Orange County, New Jersey, NYC, and now Dallas. My favorite parts of the week are kickin’ back with a cup of tea and bingeing on Housewives. I don’t care how many times I’ve seen an episode – the drama does NOT get old. But that’s what it’s always been – just drama. A fun escape from real life, and usually laughable because it’s so detached from my own reality. It’s also a great conversation starter. Who doesn’t love battling over their fave housewife?!

You know that thing where the book you’re reading or the TV show/movie you’re watching suddenly focuses on a topic that has waaaay too much relevance to your life and it totally creeps you out? Well, that’s been happening to me. And out of all the shows I watch and books I read, it’s super weird that it’s happening with the Real Housewives. I’m not surprised when it happens with books or movies that are a bit more intellectually stimulating, but the Real Housewives? Didn’t see that one coming.

But it happened. First with the Real Housewives of Beverly Hills, and now with the Real Housewives of New York. It’s been making my head spin, so I need to just get it off my chest. I’m going to start with RHONY because as of right now it’s more relevant. I have a lot to say about the ladies of Beverly Hills, though, so I’ll hit that one up later.

What, exactly, is so relevant to my life that is mysteriously popping up in RHONY? Jules’ eating disorder.

I was nervous about this season from Day 1. Immediately after introducing Jules as the new housewife, the women didn’t wait a second to start making comments about her weight in their interviews. They said she looked too skinny. Unhealthy. She barely ate any food. There was definitely an eating disorder going on. They were concerned. The cameras went out of their way to focus on what she ate and how much food she put out for her guests. The skinny shaming started, and comparisons over who was skinnier arrived soon after.

Honestly, I didn’t know how I felt about it at first. This topic is so so personal to me because of my eating disorder and health history. After the first episode of the season, all I could do was shake my head – literally and metaphorically. I was so disappointed. I thought I could see exactly where this was headed – and that was a complete disaster.

Let’s be real here – it’s natural for people to suspect that someone might have an eating disorder if he or she looks unnaturally thin. It’s just part of human nature, and I get that. But you run into trouble when you assume something and label it as the truth without addressing the individual in question. A.K.A the person who is the actual authority on his or her own life. There’s a difference between having the thought, “That woman looks unhealthily thin. She might have an eating disorder,” and having the thought, “That woman looks unhealthily thin. She definitely has an eating disorder.” The second is a label. You can’t know if it’s true simply based on looking at someone. The first comes from a place of concern. In my opinion, the proper way to move forward after having that thought is to ask the person directly and kindly about their health situation. That woman could be thin for a number of health reasons. She could have anorexia, she could have cancer, she could have a dysfunctional thyroid, she could have a random parasite and be suffering from extreme malabsorption issues, the list goes on. She could just be thin. Even if she does have an eating disorder, it is completely unfair to assume that without knowing for sure, and then proceed to tell the world your assumption as if it’s the truth. 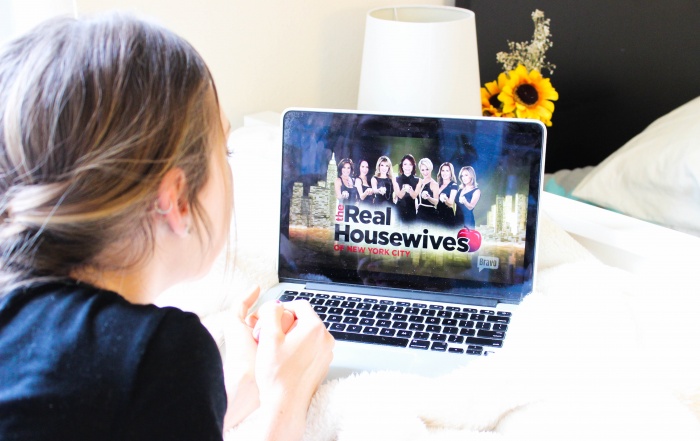 I know how severely frustrating and disappointing it is to be on the other side of that judgment. When I was at my lowest weight, I knew many people were telling others I had anorexia, even though I didn’t. People who were extremely close to me and even some of my doctors didn’t believe that I wasn’t anorexic. In reality, I was extremely thin because of my gastrointestinal/thyroid problems. And the truth is that because of that gastrointestinal pain, I  did develop an eating disorder, orthorexia, but that is not the same thing as anorexia. But it didn’t matter what I was struggling with. The problem was that I was being labeled incorrectly, and that ended up preventing me from getting the help I was asking for and also from getting the truth out there. All anybody needed to do was ask me about it, and I gladlywould have been completely honest.

Since one of my biggest pet peeves in life is when people don’t BRING THINGS UP (about everything, not just eating disorders), I was irked straight off the bat when the women on RHONY openly made eating disorder accusations in their interviews but didn’t say anything directly to Jules besides some casual skinny-shaming comments. Example: Instead of giving her a weird look and saying, “No, you’re like, really thin…You’re way thinner than me…” they could have easily pulled her aside and said, “I know we’re not super close yet, but you look pretty thin. Is everything okay with your health? I’m worried about you.” See the difference?

After everyone danced around the topic for a few episodes, Jules opened up to Bethenny and explained that she is in recovery from an eating disorder. BOOM. There it was. All it took was talking directly TO Jules, instead of ABOUT her, and we got an answer. Pretty easy, and Jules was totally cool about it. Now the door is opened, so maybe the skinny-shaming can stop? That would be lovely.

It takes courage to discuss struggling with an eating disorder, and I was so inspired when Jules opened up. She didn’t just tell a friend about something very personal – she told the WHOLE WORLD. NATIONAL TELEVISION. That takes some balls, and I’m proud of her and wish I could personally thank her for being a much-needed voice. On a show where everyone likes to hide their struggles and act like everything is always perfect, she is a breath of fresh air. She still hasn’t stated exactly what kind of eating disorder she struggled with or shared any other details on the show, but it doesn’t matter. Details might come, they might not. What matters is that she is giving a voice to a group of individuals who are so often stigmatized and shut out. Individuals who deserve hope that they can overcome their struggles.  It’s so admirable when someone is able to stand in front of ANYBODY, let alone the world, and say, This is what I’ve been through, and look at how I’ve grown from it. Look at how it’s made me stronger.

Even without any other details of her health journey, Jules has helped someone. She helped me, just like many other bloggers and authors and even strangers did when I was struggling with an eating disorder. It was hearing those people’s stories that helped pull me out of my deep dark hole and made me feel less alone. I knew that if someone else could overcome what I was going through and come out on the other side that much stronger, so could I. The suffering would not be forever. There would be a way out. And slowly but surely, I fought hard and I did make it to the other side.

That’s why I started this blog. If sharing bits of my story can help just one person feel less alone in anything they are struggling with, then I’ll be happy. I might not be a Real Housewife (thank god, TBH) with a national platform, but I’m going to do my best to make a difference in my little corner of the Internet.

I could see the passion in Jules’ eyes when she said she hoped to inspire other women and help them in their paths to recovery. Honestly, now I’m really excited for where this season is going. I’m praying that they don’t villainize Jules in any way, that they cut off the skinny-shaming, and that they actually let her use this as a platform to bring more awareness to eating disorders. Maybe society can start to understand that an ED is as legitimate a medical condition as having cancer or a broken leg or a bacterial infection.

I can’t wait to see where the season goes, and I’ll probably write about my thoughts and reactions to how the show plays out later on. This part of the storyline might end now that it’s out in the open, but I reeeealllly hope not. In the meantime, guess I just gotta wait until the next episode! XO