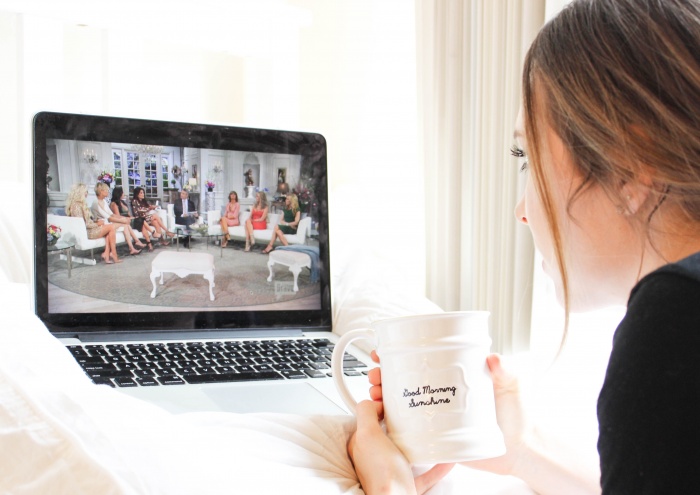 In my first installment of “When The Real Housewives Actually Get Real,” I discussed how I felt about the way in which the Real Housewives of New York handled their suspicions that Jules had an eating disorder. That storyline on RHONY seems to have ended for now, but I can’t say I’m surprised. Jules was upfront and open about struggling with an eating disorder, which meant they couldn’t spin it into a negative thing. Which is bad for ratings, because they need drama and secrets. So they moved on to Sonja’s probs.

I want to get back to what originally sparked my idea for this “series”, if you will, which was the drama on the most recent season of the Real Housewives of Beverly Hills. I have strong feelings about what was said last season, and it honestly made me so angry that I decided to let myself cool off for awhile before I addressed it. Now that the season has been over for some time, I feel like I’m ready to form sentences without having a temper tantrum.

First thing’s first. Yolanda Hadid is an incredible voice for anyone battling a chronic illness, especially an invisible chronic illness. Her battle with Lyme disease has clearly been long and difficult, and her emotional strength is beyond inspirational. She used her role on RHOBH to bring much-needed awareness to the illness, and she’s used her position to raise money for research targeted towards finding a cure.

5 second update for anyone who hasn’t seen the show: Basically, this season the housewives continuously discussed rumors that Yolanda was faking Lyme disease.

Honestly, just giving that one sentence summary makes me disgusted.

The second the word “Munchausen” was said this season, I felt sick to my stomach. As if it wasn’t enough for Munchausen syndrome to be mentioned one time alone, it came up over and over again. The fact that anyone would even bring up the idea that Yolanda was faking Lyme disease is, in my opinion, completely unfair, ridiculous, and horrifying. I couldn’t believe they were being serious at first, but the insinuations kept on rollin’ in throughout the season.

Chronic illnesses are not a joke. Chronic illnesses suck the life out of their hosts, they drain the emotional and physical energy of their victims, and they alter the lives of those affected in ways most people can never imagine.

The lack of understanding surrounding chronic illness hits very close to my heart. These illnesses are some of the most difficult things anyone could battle in life, yet they are often invisible. And because they are invisible, people act as if they don’t exist. We live in a world where, unfortunately, many people cannot empathize with others unless they see physical evidence of their pain. Most people don’t understand how to, or even want to understand how to, put themselves in another person’s place for a moment. If someone’s physical symptoms aren’t blaring in front of their eyes, they assume the person must be fine.

People who battle chronic illnesses and invisible diseases are, more often than not, some of the strongest people you will ever meet. But because people don’t “see” their suffering, they’re often treated as if they don’t have an illness. Usually, these people don’t want any slack to begin with. However, there are times when an understanding of their suffering is crucial and necessary. Sadly, that doesn’t always happen. More than that, though, people shouldn’t have to ask for compassion or support. It should just be something that we, as humans, offer each other.

Let’s go back to the Yolanda example. Lisa Rinna flipped a bitch because Yolanda went to lunch with Kim and Brandi, but then didn’t go to Erika’s dinner later that night because she wasn’t feeling well. Lisa could not let it go, and implied over and over again that Yolanda was using her illness as an excuse to not go to the dinner.

Can we just unpack this for a sec? MAYBE Yolanda planned on going to lunch and then to dinner later. So she went to lunch, because lunch happens before dinner. K? And then lunch knocked the wind out of her. Maybe she felt weak, tired, dizzy, and nauseous after exhausting her energy at the lunch, which is totally understandable considering the fact that she had spent months doing basically nothing but lying in bed. If I was in bed for months, walking to the damn bathroom would knock the wind out of me, let alone going out for lunch. So maybe after lunch, she realized there was no way her body or mind could handle another outing that day. So she backed out last minute to rest and to take care of her health.

Is that so difficult to imagine? Is that so unreasonable? I think not. Does she have to lie on the floor spewing blood for these women to understand that she is sick?

Do they think she would choose to lie in bed all day every day when she could be outside enjoying the sunshine? Do they think she would choose to travel around the world visiting health specialists instead of attending major events in her children’s lives? What would be the point? Let’s be real – Yolanda Hadid did not need to make up Lyme Disease to capture anyone’s attention. She already had the world’s attention before Lyme started taking over her life. And now that she is finally speaking up about her battle, she is being punished for it. 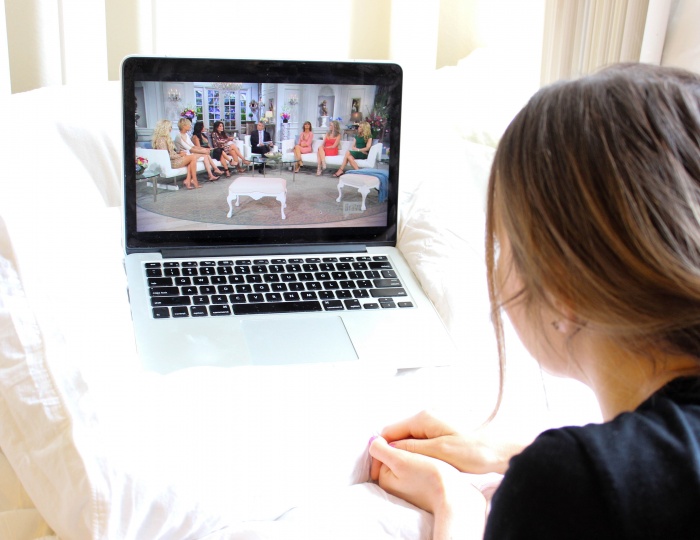 Invisible diseases are sneaky, powerful invaders. Imagine how frightening and difficult it would be to look in the mirror and seem “normal” but to feel like death every day. To have no energy, to live in constant pain, to never know when the nausea will come, to be worried about what you’re going to do next, how to get through the next moment.

But everyone looks at you the same way as everyone else. Which isn’t always a problem, but sometimes it comes with discrimination. If you get winded from walking up the stairs and have stabbing pains in your stomach and feel the room spinning and need to sit down, everyone thinks you’re being dramatic because you don’t “look” sick. Or when you get out of the car after parking in your handicapped spot, people glare at you because you “look normal.” These have been the experiences of some of my friends who suffer from chronic, invisible diseases.

I don’t personally suffer from a chronic illness (well, that’s still kind of up in the air, but that’s for another time), but the common attitude of “if we don’t see it, it’s not there” has been very relevant in my own life. People are shocked and confused if they see the number of pills I take every day or find out that I regularly get nutrients put into my body through an IV. They say, “But you look fine? I didn’t know you were still sick.” Well, yes, maybe I look fine. But looking fine doesn’t mean that my body is still running properly. My body isn’t absorbing nutrients through food right now, so I’m working with my doctor to take care of that.

Sometimes the people who seem to have everything together are the same people who are battling invisible demons every second of every day. I have close friends who suffer from Lyme disease, colitis, Celiac, and other invisible illnesses. It’s not until you get to know these people that you realize what they are going through. They’re good at hiding it. They’re positive, happy, and courageous. They are some of the strongest, most compassionate, most inspiring people in this world. My hope is that maybe we can all start showing some of that compassion back, try to understand their struggles, and show them the respect they deserve. Which means not accusing people of faking a disease, just because we can’t see it.

Let’s not forget the saying we all learned growing up, “Never judge a book by its cover.”