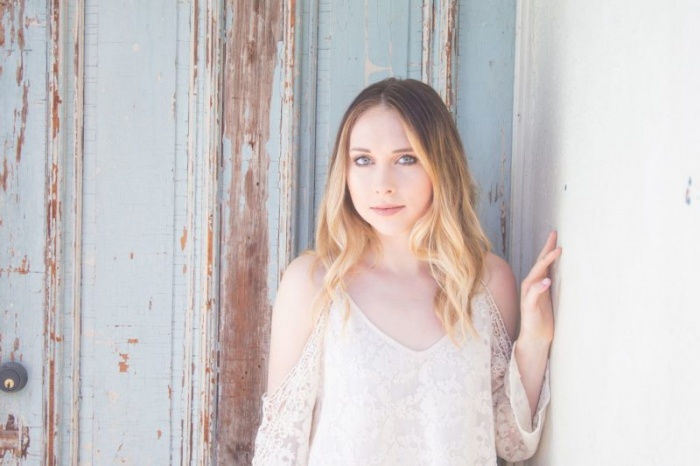 Where did this obsession with reaching the “right” weight come from? It’s so ingrained in our society that I think most people don’t even realize the obsession is there. It’s so much a part of our culture, though, that it’s commonly assumed that everyone is trying to reach some kind of weight-related goal. That assumption? Not okay.

Almost every single article I see in magazines and on popular websites has something to do with losing weight or reaching a body goal. Slim down, get that bikini body, eat for a slimmer waist, blah blah blah.

What if someone doesn’t want to lose weight? What if (SHOCKER) someone wants to gain weight? Or what if, god forbid, we’re actually totally comfortable with our bodies? Most of the advice articles I see, unless I’m perusing Bodybuilding.com, are written under the assumption that the person reading it wants to lose weight. Because that’s what we all want, right? Insert eye roll.

I have so many problems with this type of framing in popular culture. Manipulative framing is the reason why almost everyone feels like they need to reach a goal weight and constantly strive for something they don’t have. Because they’re subliminally told over and over again that they’re not good enough the way they are. If everything you read is about getting a slimmer waist and a flatter stomach and a tighter butt, sooner or later you’re going to assume that’s what everyone needs to do, including you. Or if everything you read is all about how weight loss is the key to feeling amazing and healthy and happy, you’re going to feel like losing weight might solve your problems, too.

Logically, it doesn’t make sense. What specific weight are we going for, exactly? If you follow that article’s advice and do somehow magically lose the weight (probably from intense calorie restriction and overexercising), then what? When does it stop? What weight is good enough? For you? For society?

This isn’t just in magazines and online. When I started having severe stomach pains, I turned to nutritionists to see if they thought something in my diet was causing my gut issues. I returned from every appointment with a meal plan, and they were all exactly the same. They were all diet plans. The same ones I found in magazines. And it was bull shit. No one seemed to understand, or want to believe, that I was there to address my stomach pains…not to lose weight. Apparently, in today’s society, every woman wants to lose weight.

When I got really sick and desperately needed to gain weight, I again turned to nutritionists for help. My goal was to gain at least 40 pounds. I left one of my many appointments with a meal plan that was probably for about 1200 calories. I later learned it was the exact same meal plan that same nutritionist gave someone else who wanted to lose 15 pounds.

I assure you, I did not go back to that nutritionist or listen to anything she said.

Before all of my health issues came up, before I got pulled into the Instagram world and the health and wellness community, weight was something that was never on my mind. I was lucky enough to somehow be relatively immune to that pressure growing up. Of course there were moments when I thought, I wish my stomach was flatter, but they were few and far between. I was worried about other things. I’ve always been thin, so I ate whatever I wanted and laid on the couch without thinking twice about anything. When I first got to college, though, I started worrying about the fact that I wasn’t worried about it. Should I be worried? All of my friends are watching their weight…should I be, too? I could feel the pressure to give in to a society that tells us something is always wrong, even when there doesn’t need to be.

I see more and more of the body image/weight talk every single day. I remember reading magazines and being told that healthy equaled skinny, and that got me into trouble. Why has becoming abs become synonymous with being healthy? When I see that now, I get upset because I know there is some girl out there reading that article, following its advice, and thinking she is getting “healthy” when instead it’s just some convoluted, unhealthy way to have no energy and maybe drop a few pounds. Probably water weight.

Recently, a number of people have reached out to me about their struggle with feeling comfortable in their bodies. Too many people, which is why I had to write a blog post addressing this. Too many women feel like they’re “not thin enough” and they need to reach some goal weight. Most of them don’t even know what that weight is. It’s just about getting thinner. At what point will that be good enough for you? For society? The truth is, most of the people feeling this way have severe body dysmorphia and don’t realize it. Or they might realize it, but they can’t help what they see. Everything has been morphed by society.

To which I ask you, again…what weight is good enough? You are never going to reach the perfect weight, because there is no perfect weight. Maybe you do have a number you want to reach, but it’s just a number. Logically, that number probably doesn’t even align with the physical image you have in mind. The image of that photoshopped girl who stood in flattering lighting at a strategic angle to look a certain way in the photo? You don’t know how much she weighs, and it honestly doesn’t matter. It’s a number. Someone can be 125 pounds and lean and toned and tight, but maybe at 110 pounds that person doesn’t have as much muscle and doesn’t look as lean. That’s just logic.

This weight obsession has also led to a generation of girls with a lot of legitimate health issues who have sacrificed their well-being for being thin. Being cold all the time, losing their periods, becoming infertile, dysregulating their hormones, losing hair, increasing cortisol levels… not worth it.

Beyond that, though, who really gives a shit what weight you’re at? People think they are going to reach a number and their lives will magically change and get easier. They won’t. The real problem you’re trying to avoid will still be there. Most people aren’t going to notice a 5 or even 10 pound difference on you, unless they are someone who is also unnecessarily hyper-focused on weight as well. Thanks, social media. So you get to that goal weight, and then what? Will that really be good enough? The world doesn’t change for you just because you dropped five pounds. Your future husband isn’t going to meet you just because you’re a certain number on the scale. You’re not going to get a raise at work because you’re a smaller jean size. No one is going to think you’re kinder, funnier, or smarter. If you genuinely think someone would like you more if you were a different weight, then you do not want that person in your life.

Even if you do get to that goal weight, you’re not going to please everybody. Trust me on this. A few months ago, I got a few messages from people telling me I was overweight. Around the same time, a few of my “friends” made some comments about how I had gotten chubby. Whoa. I am scientifically not overweight. I actually have a piece of paper from an inBody scanner telling me my exact body fat percentage, lean muscle mass, water weight, etc., and my doctor has deemed I am at a healthy weight. I also feel completely comfortable in my own skin. So I am Exhibit A that even if you are at a healthy weigh for your body, someone is going to tell you that you’re not. I don’t listen to these people. Maybe you shouldn’t pay attention to Joe-Shmoe’s opinions about you, either.

It goes the other way, too. As someone who has gone through a period of weight loss, I know what it’s like to be skinny shamed. As do a lot of girls. You’re too skinny, you look anorexic, etc.. I’ve been told I look anorexic and been told I look fat while at the same weight. It makes no sense. You will never please everyone. If you don’t believe me, I dare you to go to a fitness influencer’s Instagram page or YouTube channel. You will find a million comments. Half will say the person is too thin, and the other half will say the person is fat.

Also don’t think, Why can’t I get a body like hers? Everyone is so unique. Genetically, it’s impossible for you to look like anyone else. If your bone structure is different than someone else’s, you literally cannot get their body. Another issue, though, is that it is completely ridiculous to compare your body to somebody whose job is to be fit or to look a certain way. Whether that be a fitness influencer, actor, model, or anyone else. Some people are literally paid to work out all day.

If you’re struggling with how you feel in your body, I encourage you to delve into why that is. Are you trying to focus on a problem you think you can actually “fix” (weight) instead of addressing something deeper and more emotional? Do you feel like you need to lose weight because a random person made an insensitive remark to you about the way you look? Do you have body dysmorphia? Are you remembering a comment someone made to you while you were going through puberty? Has someone you’re following on social media been making comments about getting a certain type of body or losing weight that are making you feel like you need to, as well? Does following certain accounts make you constantly compare yourself to other people and their bodies?

We get conflicting messages all the time, which helps it slip under our radar. We are told to love our bodies, but to eat for a flatter stomach. We are told we are amazing the way we are, but we need to lose weight for bikini season. Instead, I propose we focus on actual health – mind, body, and soul. There is not a number on the scale that indicates overall health.

Journal about your feelings. Talk to someone. Unfollow triggering accounts. Stop reading magazines. Get rid of friends who are obsessed with their weights or friends who make negative comments about other people’s bodies.

Instead of focusing on what you’ve been brainwashed to think you shouldn’t love about your body, think about what you do love. Maybe you think you have big thighs, but the girl next to you would kill for your curves. And the guy standing 10 feet away thinks you have a great ass. And you can deadlift your bodyweight, so you’re strong as hell. Then go beyond the physical – what about yourself do you love? Is it your kickass sense of humor? Your wit? Your intelligence? Your compassion? Creativity? None of those have to do with your weight.

Those are the things that we were put on this Earth to explore, pursue, and share. Not your goddamn weight!