Ask for What You Want – Here’s How to Do It 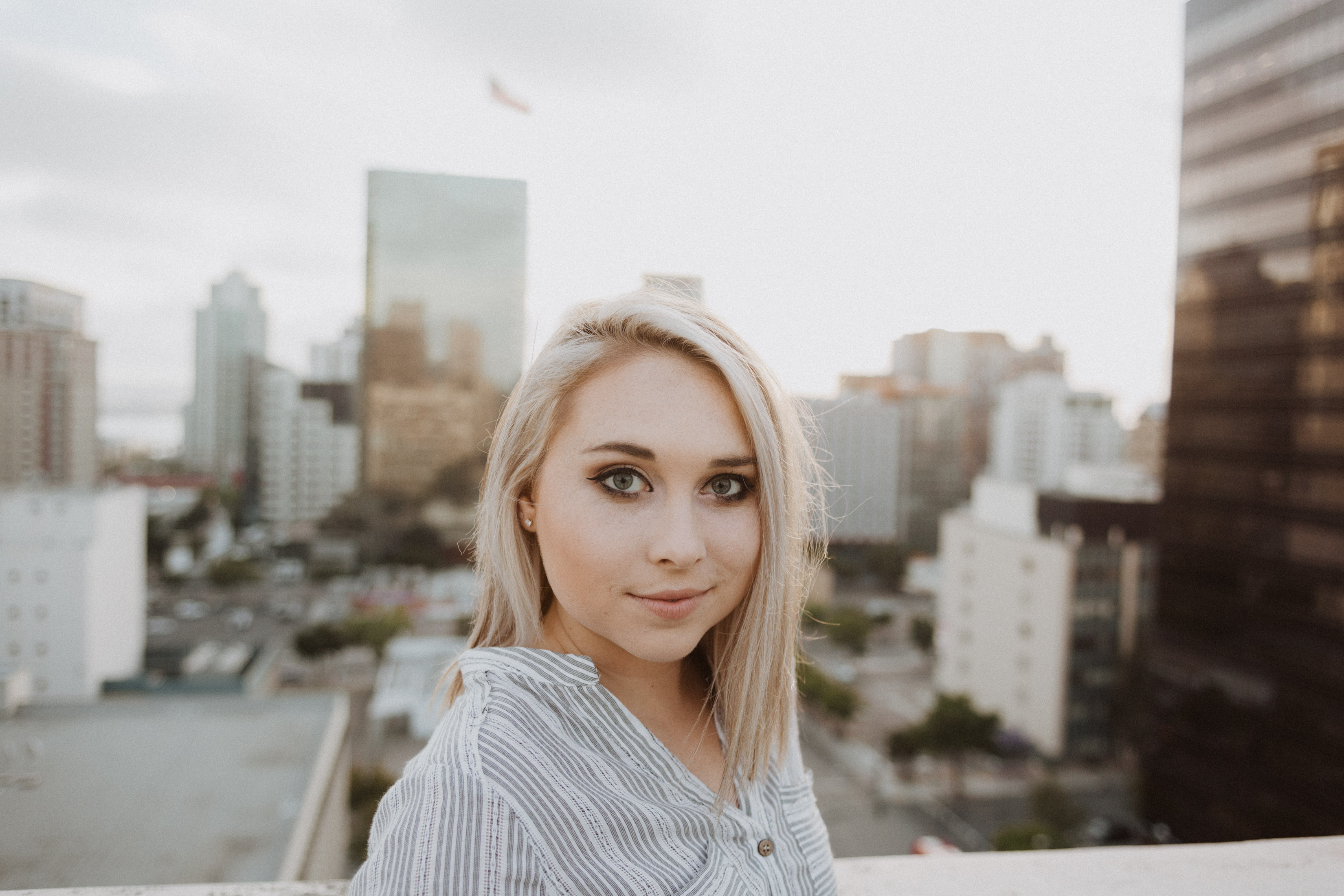 A lot of people say they know what they want, but they also say they “don’t know how” to get it. They feel stuck, and because they don’t know what to do, nothing is happening to bring them closer to their goal.

I’m not a fan of being a victim. I believe you’re only a victim if you allow yourself to be – if you choose to do nothing. What many people don’t realize is that there are a lot of ways to “do something,” and doing anything is better than nothing. When it comes to getting things I want, I use three main approaches. These have never failed me, even if sometimes they take time to work, or if they lead me down an unexpected path to reach my destination. Those three methods are the following:

Usually it’s a combination of the three, but sometimes I use one individually. Personally, I consider the third to be a form of the second. Working for something is just an unspoken way of asking for something. The first deserves its own novel. However, recently I have really been wanting to talk about the second.

ASKING is one of the most overlooked ways to get what you want. I’m not sure why people forget about this – it really can be that simple. I think sometimes people think it’s too simple, sometimes they have self-limiting beliefs holding them back, and sometimes they’re embarrassed to ask (which you absolutely shouldn’t be).

I’m constantly asked how I’ve gotten certain opportunities in my career and in my life in general. Sometimes I feel odd when I answer, because I can tell people expect some crazy story of good luck or perfect timing or me magically charming my way into something. Don’t get me wrong, that can happen, but usually it’s a lot simpler than that. If I want something, I ask for it. Sometimes it takes a few tries, but I somehow get there. (If that doesn’t work, I manifest…)

Growing up, I had too much pride and did not like to ask for things. I wanted to do everything myself. I also didn’t like to ask for things because I didn’t want to be rude or to step on anyone’s toes. I believed that if I wanted something, and it was worth it, I had to work hard to get there. No shortcuts. Sometimes that’s true – sometimes you do need to work hard by yourself to make things happen, and other people can’t help you. But I eventually realized that the idea that things always had to be difficult was really just a story someone told me somewhere along the line that I held with me for far too long. A story from someone who was probably jaded and bitter. Us humans tend to overcomplicate things, and that’s definitely true when it comes to getting what you want.

Hitting rock bottom with my health when I was in college, and almost dying from it, really changed my perspective on everything in life. When you don’t know how much longer you’re going to make it, it makes you realize you have nothing left to lose, so you have to just go for things that you want. One of the many things that changed about my personality through that experience was that I no longer had any shame in asking for what I wanted. I also realized the only way I was going to learn anything was from asking other people.

The worst that can happen when you ask for something is you get a no, and then you’re right back in the same place you started anyways. Or maybe you get a no, but then you’re referred to some other method of reaching your goal, and you have a new option. So, why not?

Here are some of the most common questions I get…

How did you get your job in college working for Jordan Younger?

I went to an event she hosted, handed her my resume, and asked her if I could work for her.

How did you get XYZ on your podcast? How do you get such big names in the space? How did you meet them?

I literally just ask people. I send them an email and explain who I am, why I would be honored to have them as a guest, and how it could benefit them. I did this from the very beginning of my podcast, when I had hardly any downloads or followers. I didn’t wait until I had a “big enough following” to ask anyone. I had Lauryn Evarts and Michael Bosstick on episode 16 of my podcast, at the very beginning of my show when I had probably 1,000 followers and no other guests. Kara and I had Leanne Vogel, Dr. Sarah Ballantyne, and Terry Wahls on Straight Up Paleo Podcast the first few weeks of the show, before we had hardly any downloads. I randomly emailed Mind Pump a few years ago to ask if I could interview them, and now they’re like my older brothers. I get to know people after I reach out to them and interview them. Not the other way around. When you are well-intentioned and have a good message, people respond well.

How do you get sponsors?

I ask them. When I love a company’s products and their mission, I reach out to them and ask if they’d be interested in partnering. Many of my podcast sponsors have never sponsored other podcasts before — because I present the idea to them.

How do you get clients?

While some of my clients find me, I’ve had plenty of clients who I “ask” in some way or another. When I was starting out with my nutrition business, I asked plenty of people if they’d like to work with me to heal naturally. When it comes to Reiki, I ask people all the time if they’d be interested in a Reiki session! When it comes to Beautycounter clients, I ask people if they’re interested in switching to safer products or if they need help with their skincare routine, makeup, etc. Why wouldn’t I ask? I believe wholeheartedly in all of the things I do, because I genuinely want to help other people and know that I can help them improve their health, and their lives. I’m offering them a solution — something I always appreciate when I’m on the receiving end!

How did you heal your XYZ?

I want to write a separate post on this, but so much of my emotional and physical healing thus far was only possible because I asked for help. While I often take things into my own hands, there are plenty of things I do not, and the things I do take into my own hands, I only do after having learned from someone else! I ask professionals (yes, in the form of paying for them!) and ask friends for advice sometimes, depending on what it is. I think everyone needs some type of coach, especially other coaches (I use that term broadly). Therapists, energy healers, trainers, nutritionists, functional medicine doctors – they’ve all played a role in my healing. And I have to ask them specifically for what I need. That’s why I do what I do – so that I can be that resource for YOU.

How do you get anything in life? YOU ASK FOR IT.  I’ve gotten job offers from jobs that don’t even exist, just by pitching myself. In college I got multiple internships by simply asking the company for a position. I’ve gotten office space walking near a space I liked, finding the person who owned it, and asking when it would be available to take. Have an apartment you want? Ask for it. Want to go out with someone? Ask them. Want a refund or a discount? Ask.

Anytime I’ve gotten no’s from asking, it was usually for my highest good in the end, OR it just needed time to marinate and the person comes back with a “yes” later on. In sales we always say, “A no is never a no, it’s just a no for right now.” ;P

If you want the opportunity, the apartment, the date, the job – all you have to do is ask. If you get a “no,” you have lost nothing. If you don’t ever ask, you missed a potential “yes.”

There is a little bit more to it than that, though, if I’m being honest. How you ask for something is also very important. This is an important distinction, because there are actually quite a lot of people who aren’t afraid to ask for things, but they probably aren’t doing it in the best way. Many people seem to be on one end of the spectrum or the other – they are either afraid to ask for anything because they don’t want a “no” or they don’t want to step on anyone’s toes, or they ask for everything they want because they feel entitled to it. Neither of those usually works out.

The key to asking for what you want and actually getting it is having pure intentions behind it, and asking from a place of gratitude. The energy behind your ask matters. What’s your “why”? When you have good intentions or a greater purpose, people can feel that positive energy, and they’ll want to help you. If the energy behind your ask is simply for power or greed, or out of a place of entitlement, it’s not going to stick.

Confidence is important when asking for things. Ask from a place of empowerment and knowing what you deserve, but not being cocky. Confidence and cockiness are not the same thing. Confident people often get what they ask for because other people pick up on their energy. If you don’t believe you deserve what you’re asking for, neither will other people.

While confidence (not cockiness), is key, always ask with humility. Make it (energetically or verbally) clear that you recognize that the person you are asking something of would be doing you a favor, and that you’d genuinely be appreciative. That you do believe you deserve it, but you know you’re not entitled it. That is the key to a good ask. Blending confidence with humility is a true art, but once you nail it, people will respond very positively.

Lastly, help them understand how saying “yes” to you would also benefit them. If you have pure intentions, this should come easily.

Don’t give up on things before you even go for them. Don’t overthink it. If you want something but don’t know how to get it, have you even tried asking for it yet?! You know what they say — shoot for the moon, and the worst that will happen is you’ll land on a star.

So, how do you get what you want? You ask for it.

Comment below with what you’re going to ask for next.