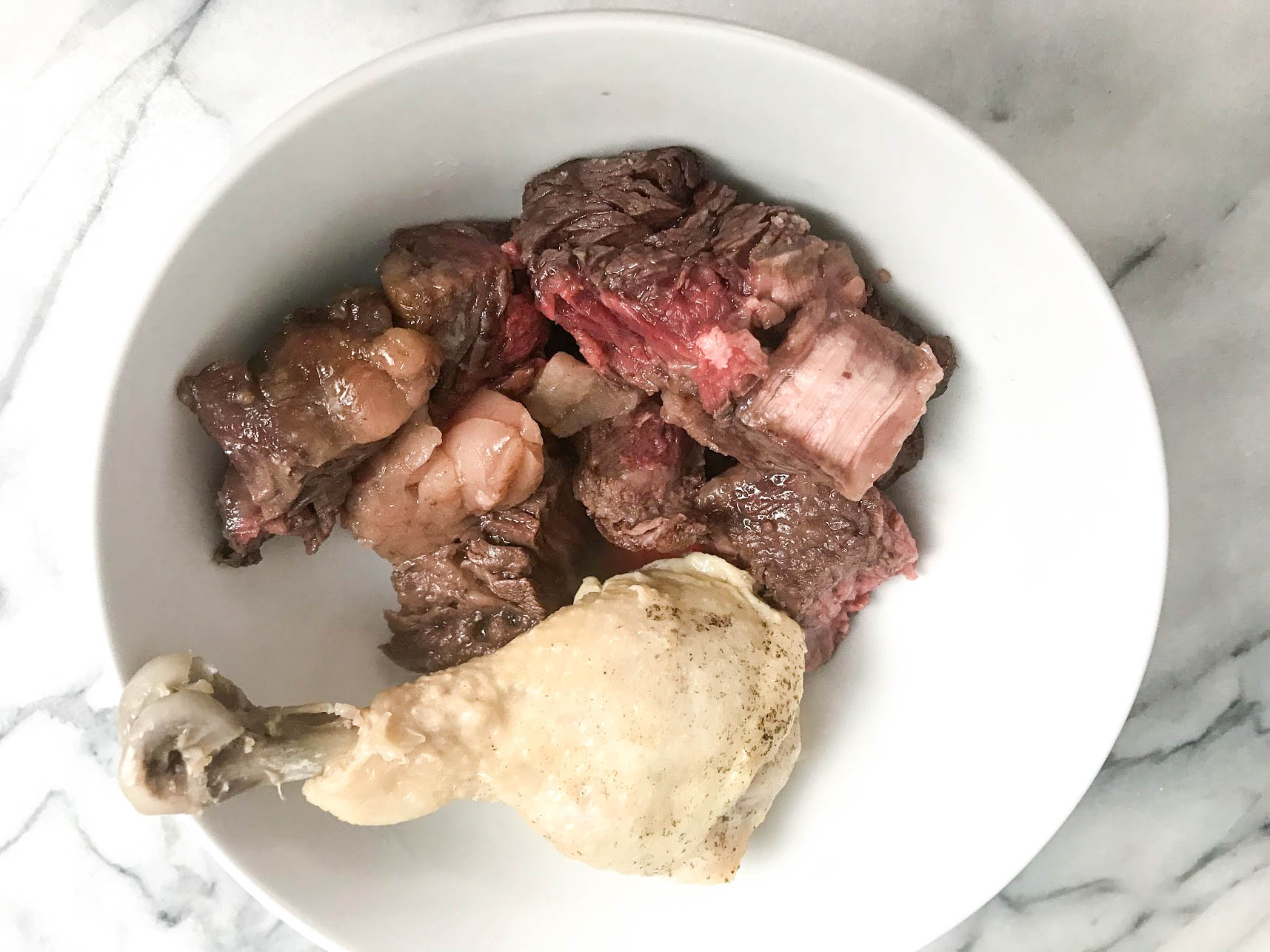 What is the Carnivore Diet?

There are different ideas about what the “official” carnivore diet is, but to put it simply – it’s a diet consisting only of animal products. Strict carnivore diet enthusiasts stick to red meat, but others are more flexible and allow any animal products. Others allow most animal products, but not others. For example, I have a few friends who follow the carnivore diet and eat all types of red meat but don’t allow pork or eggs. Meanwhile, others allow red meat, chicken, bacon, eggs, fatty fish, butter, duck fat, bison tallow, and so on. It varies from person to person. The classic carnivore diet meal, though, is a big ribeye steak. The key with the carnivore diet is to pick fatty cuts of meat, not only for nutritional purposes (the nutrients are in the fat, and the fat provides a source of fuel), but also because the idea is to emulate what our ancestors would have eaten. Our ancestors were definitely not living off of chicken breasts.

Let me emphasize, animal products only. This means no cooking in coconut oil or using olive oil. No carbohydrates. Just meat.

This is where the “rules” start to get blurred, though. Technically, herbs, spices, tea, and coffee should be off the menu, but many carnivore dieters still include these in their diets. Everyone does it a bit differently, but most people are sticking with red meat and salt, and cooking in animal fats like butter and ghee. The carnivore diet is pretty much the exact opposite of veganism.

Also, in my opinion, a well-formulated carnivore diet should consist of 100% grass-fed meat and include a variety of cuts, organ meats, and bone broth. That’s not necessarily “standard,” but I do think it’s a good idea.

To put it succinctly, the idea of the carnivore diet is to eat meat, and eat to satiety. That’s all you need. 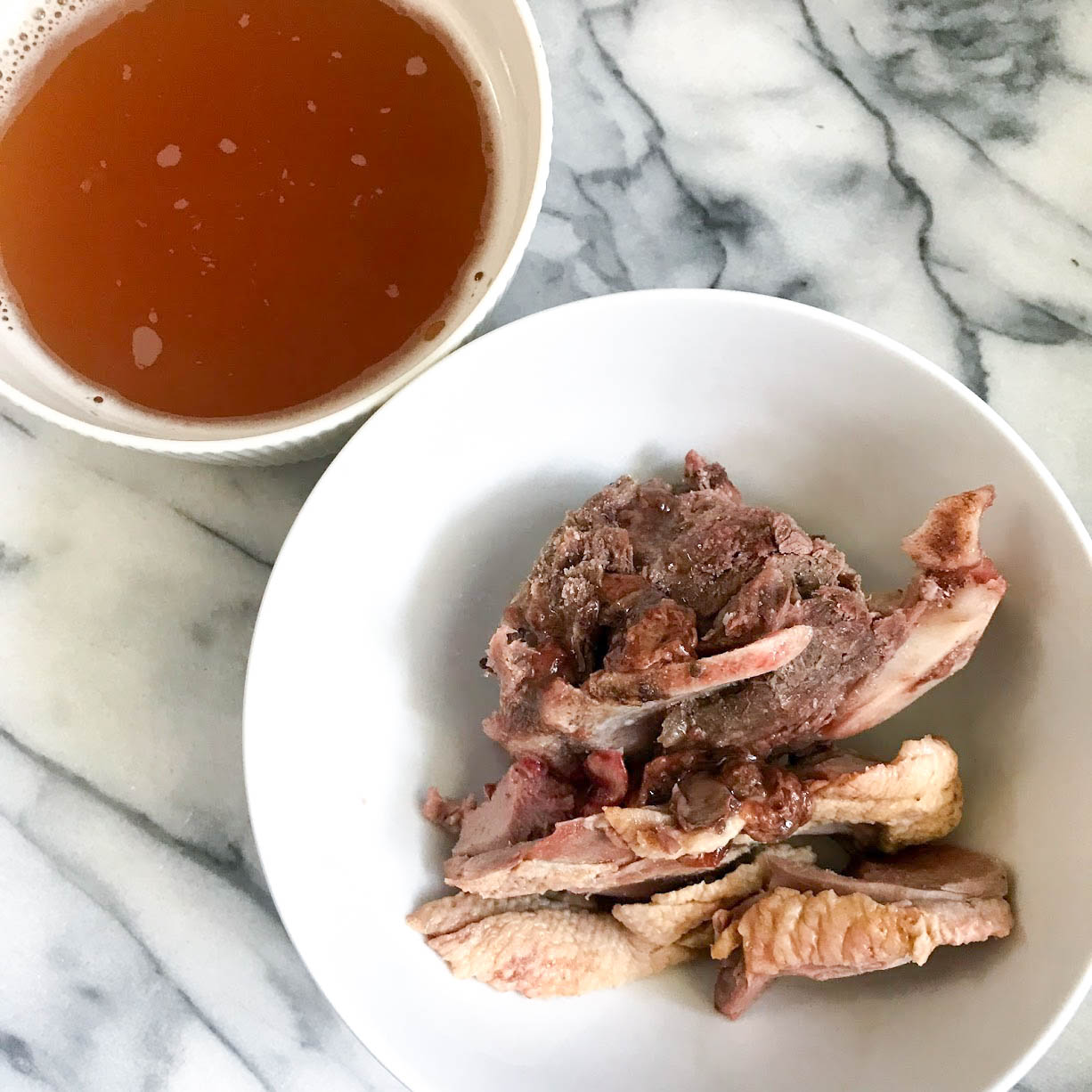 Why do the carnivore diet?

The carnivore diet has been popularized recently by Dr. Shawn Baker, an orthopedic surgeon and natural athlete who has set a few world records and eaten nothing but meat for over a year. There are many others who have eaten a meat-only diet for much longer, but Dr. Baker has been the one really bringing it to the media. Others like Mikhaila Peterson, Kelly Hogan, Dr. Anthony Gustin, and Vivica Menegaz have shared their experiences on the diet as well.

In terms of evolution and human history, there has never been a healthy human population that has thrived on plant products alone, but there have been populations that ate primarily carnivore diets. This includes people like the Canadian Inuits, the Masai from East Africa, the Russian Arctic Chukotka, and Gaucho Brazilians. In fact, these populations were actually incredibly healthy when considering markers like triglyceride levels and heart disease, and comparing those markers to that of today’s American population. Our bodies must get fat and protein in order to survive, but we can actually survive without consuming any carbohydrates at all. The body can create any glucose it needs from proteins or fatty acids via a process called gluconeogenesis. 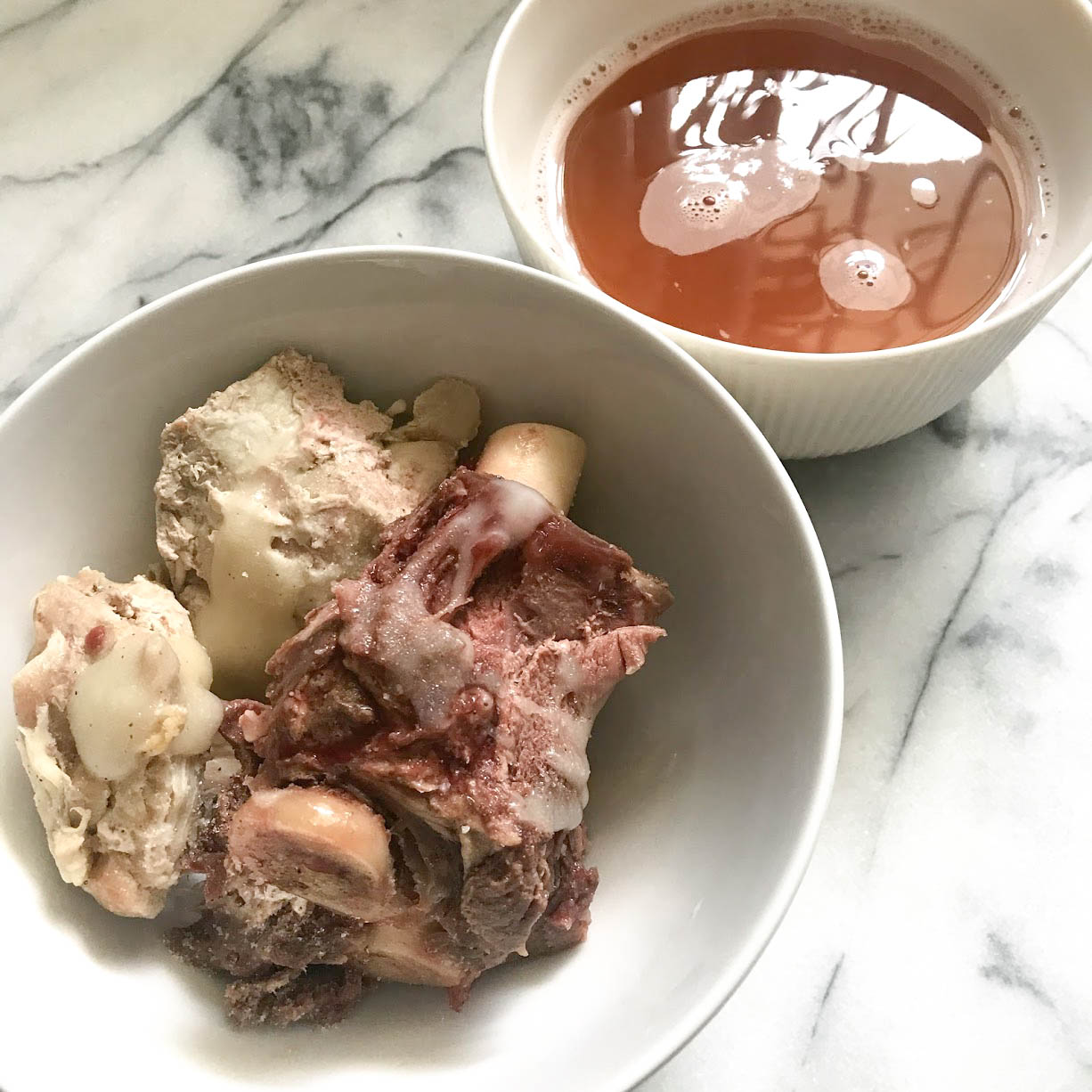 In terms of nutrients, red meat from grass-fed animals contains a large amount of vitamins and minerals. Organ meats, in particular, are much more nutrient-dense than plants are.

The one nutrient that is scarce on the carnivore diet is vitamin C, but some argue that vitamin C requirements are lower when someone is eating only meat. Some say that the ketone beta-hydroxybutyrate might partly replace the body’s need for vitamin C. On a normal diet, one of the ways the body uses vitamin C is to form collagen, but the high amount of meat intake on the carnivore diet provides so many amino acids that you might not even need as much vitamin C to do so. So far, there haven’t been any anecdotal experiences of scurvy!

It’s hard to know what the body’s requirements for different nutrients really are on the carnivore diet, or what someone’s “ideal” bloodwork would look like, because all of our standards have been created based on someone eating a diet that includes carbohydrates. Since we don’t have a reference, people are definitely having a difficult time figuring out if they think the carnivore diet is improving people’s health or not (based on bloodwork, not subjective experience).

By excluding carbohydrates, a person would be missing out on the beneficial phytonutrients from plant foods that can help with DNA protection. Some speculate that carnivore dieters might be at higher risk of colon cancer because they’re missing out on the inflammation-reducing butyrate created in the GI tract and colon when bacteria ferment fiber.

Regarding the fat intake – there is no clear link between the consumption of saturated fat and heart disease. There is actually evidence that saturated fat can improve heart health. Dietary cholesterol is not to be feared. It’s not going to clog your arteries. 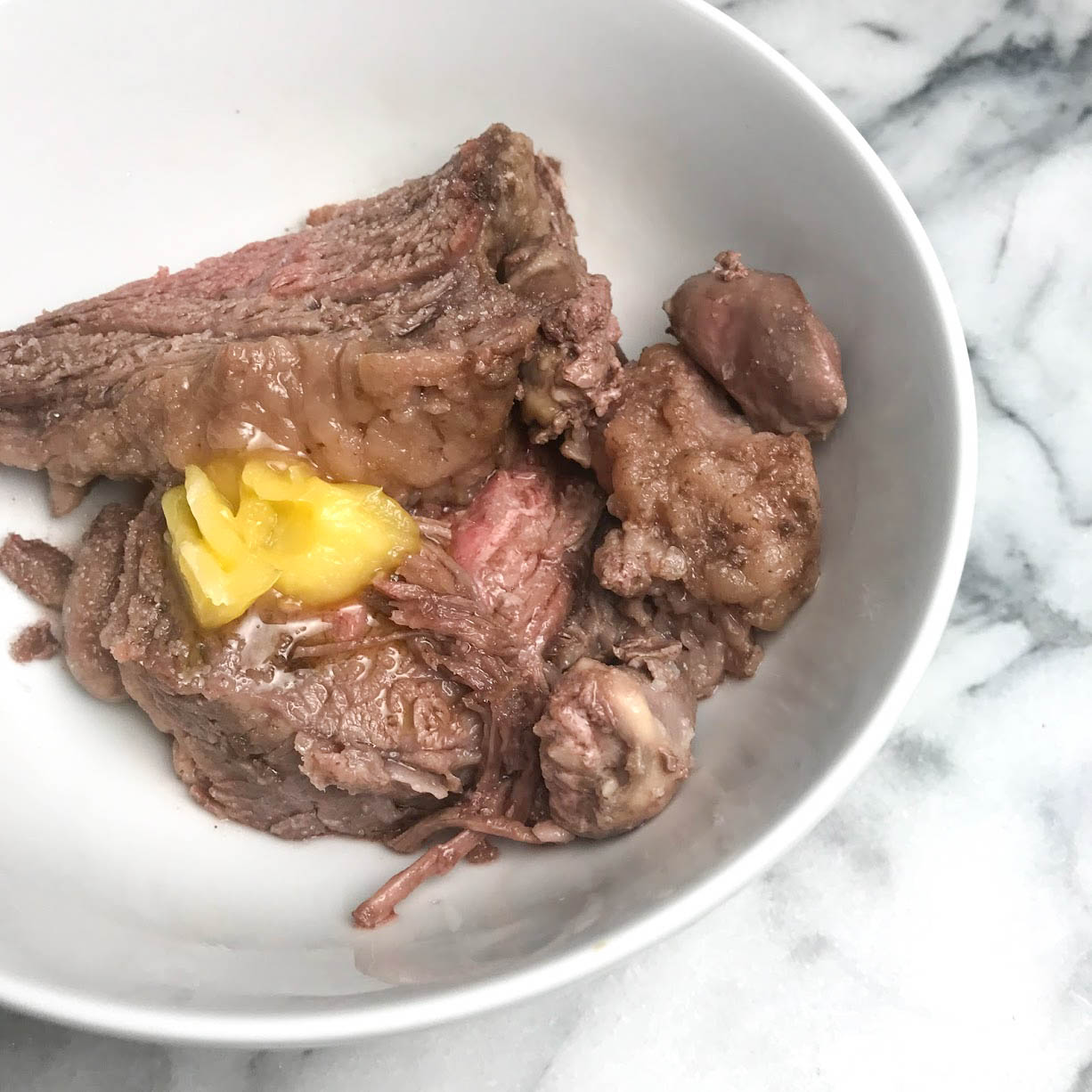 Regarding prebiotics, collagen is actually the second most effective prebiotic out there. If you’re on the carnivore diet, you can easily get your prebiotics if you go for the collagen in animal bones, tendons, and ligaments – eat your ribs, wings, and sardines! While fiber has its benefits, it’s importance for digestion has been widely overstated, and many people find that their digestion improves when they reduce fiber.

I’ve heard anecdotes of the carnivore diet completely resetting people’s digestive systems. I know a few people who went carnivore for 30 days and then were able to reintroduce a ton of different foods that used to severely bother them. It makes sense to me that the carnivore diet would offer such profound digestive benefits to so many people. First of all, when you’re removing plants, you’re removing all types of antinutrients that cause GI distress for many. You’re eliminating gluten, lectins, and phytates that contribute to leaky gut, bloating, constipation, diarrhea, and other types of digestive distress. It’s really like the ultimate elimination diet. Instead of removing nightshades or lectins or FODMAPs or some other type of specific carbohydrate, you just take them all out at once. Maybe drastic, but can be effective. Eliminating all plant foods that could potentially lead to inflammation and intestinal permeability gives the gut a break so that it can heal.

Also, our digestive systems are actually much more like that of pure carnivores than pure vegans. The cecum is a small pouch in the intestines that is specifically used to digest fibrous plants. A panda’s cecum, for instance, is a long pouch that can hold a lot of plant material so it can be fermented before it’s digested, but our cecum is tiny. Because our small cecums can’t fully ferment vegetables like a true herbivore, we don’t digest fiber the same way true omnivores do. In terms of evolution, we prioritized more nutrient dense-foods in our diets, like animal protein, in order to evolve larger brains. We traded out a bigger cecum for a smaller one so that we could exchange a smaller brain for a bigger one.

The carnivore diet is stirring the pot in the health space right now, probably because it hasn’t been studied. People get nervous about things they can’t find studies on. Right now everything out there is pretty much just anecdote, and there are some pretty powerful testimonials from people saying that this has been the only thing to transform their health. There are many people who are saying that the carnivore diet is dangerous, and others saying it’s perfectly safe. I’m not sure how someone can definitively say it one way or the other, considering there just isn’t enough longterm information on it yet.

Based on my own knowledge, my hunch would be that longterm it’s safe, but not necessarily optimal. I think it could be a really useful elimination diet. An extreme one, but very useful for certain people. I see no harm in eating only meat for a period of time if someone feels good doing so, and I can see how for many this would actually enhance their health. I think that many people undereat animal products, personally. I also definitely don’t think it’s for everybody, but I can see how some might thrive on this diet. 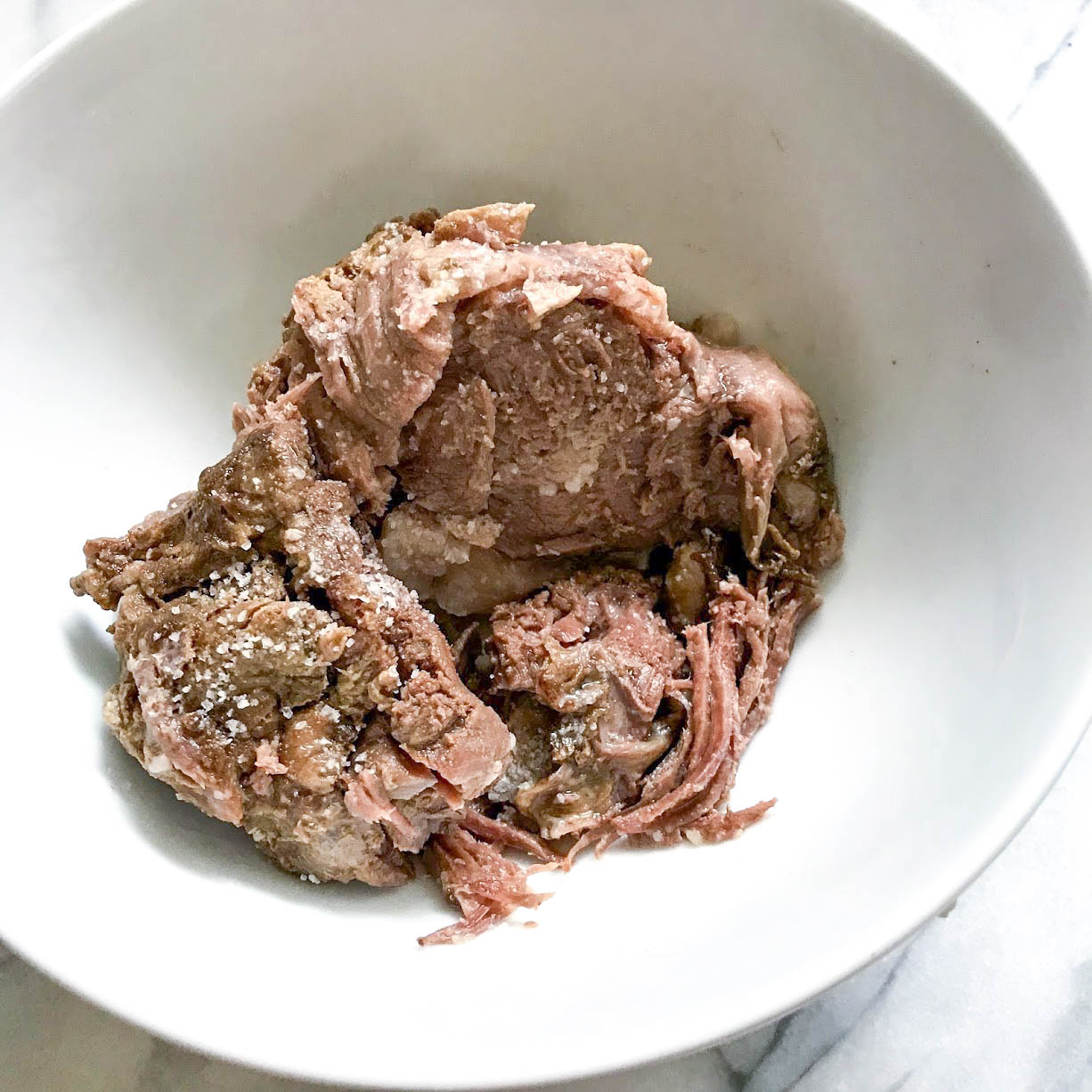 After hearing so much about the carnivore diet, I decided to give it a short trial run of my own. In my next post, I’ll explain all about my personal experience trying it for two weeks, and my final thoughts. Spoiler: I’m definitely not against it!