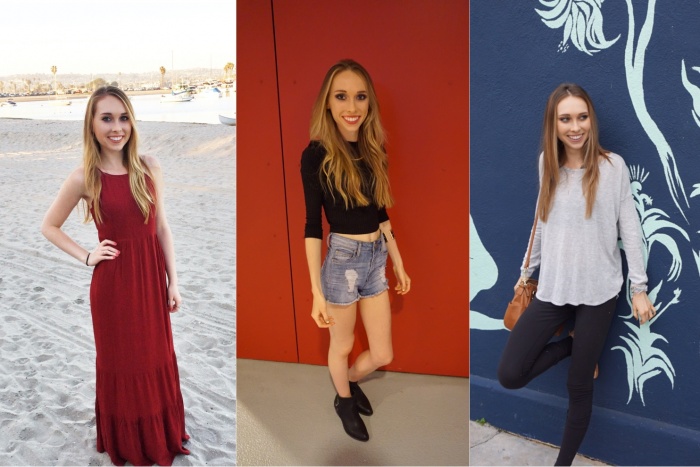 Last week was National Eating Disorders Awareness Week (#NEDAwareness), and it called attention to a few topics that are very close to my heart – body image and body shaming. I was debating whether or not to write this, and the week somehow passed by without me getting a chance to share my story. I didn’t write it last week, and I regretted it, so I’m going to do it now.

Most people are too uncomfortable to talk openly and truthfully about weight. When I got sick last spring, the weight loss crept up on me quickly, stealthily, and dangerously, bringing with it a host of other cognitive and emotional changes that made me feel as though my life was spiraling completely out of control. Extreme mood swings, hair loss, intense fatigue, coldness, leg cramps, and insomnia, to name a few, were regularities on top of the intense gastrointestinal symptoms I was experiencing that started it all. I saw myself dropping weight uncontrollably, and I was terrified that none of my doctors knew what was going on. Test after test, appointment after appointment, and neither my doctors or I could wrap our heads around how I was eating so much food and still dropping so much weight despite all of my efforts to gain it back. I was afraid. None of my doctors could figure out the cause of my original gastrointestinal pains, but now they also couldn’t help me handle this new threat to my health. Meanwhile, I knew other people noticed my quick weight loss as well, yet no one said anything.

For months I felt completely alone. I felt like my body was disintegrating and like I had no support. I felt like people were avoiding me, and I had no one to talk to. My family and close friends were not saying anything to me about it, and they changed the subject when I tried to bring it up. All I wanted to do was scream, “IS ANYONE ELSE NOTICING HOW MUCH WEIGHT I AM LOSING?!” I wasn’t sure if they didn’t notice or if they just didn’t care. The truth was, it was neither – they just didn’t know how to talk about it, and they were scared to bring it up. But that’s how it felt. I was so desperate to talk to anyone about it, so desperate to feel like I wasn’t totally alone in my fear.

I did, however, get reactions out of other people, and those reactions scared me.

On one hand, I heard that some of my old friends were asking people if I had an eating disorder. People were taking screenshots of photos of me and sending them around to each other, trying to figure out if I had anorexia. This included both people I had never met and some people that I had previously been extremely close friends with.

On the other hand, some people would say, “Wow, you look amazing! What have you been doing to lose weight?” That brought tears to my eyes. Every day was different, and it was confusing. One day I had someone praise me for “looking like a model,” and the next day one of my closest friends started crying because she was so worried about my weight loss. The thing is, I had to force that friend to engage in a conversation about my weight with me to begin with. Still, those who were closest to me wanted to avoid the elephant in the room. Walking around Los Angeles, I was approached multiple times by different photographers asking me to model for them, handing me their cards. This never happened to me when I was at a healthy weight for my body size.

What does this say about our society? How can I clearly look so unhealthy and malnourished, yet still have my body type praised by some? I remember the first time someone asked me how I lost the weight, wanting advice. I felt sick to my stomach. All I could think was, YOU DO NOT WANT THIS! Is a size 0 worth the daily pain, the loss of cognitive abilities, and the constant fear for your life? It terrifies me that society has glorified such an unhealthy state-of-being, that so many people are so concerned with their weight, and that people would sacrifice their health in order to look a certain way. And who is it to please? Themselves, or others?

If you’re interested in the rest of the story and want to read my full article, please visit this link for the complete version: http://www.hercampus.com/school/ucla/body-shaming-lets-end-it-now

If not, then I just want to make sure you see the following:

Speak up. End the body shaming, toward both others and yourself. We all make mistakes, and we all are nervous to address certain things, but we can change that to help people who need it most. Appreciate your family, friends, health, and happiness. And don’t be afraid to reach out to someone you’re worried about. You might just save that person’s life.