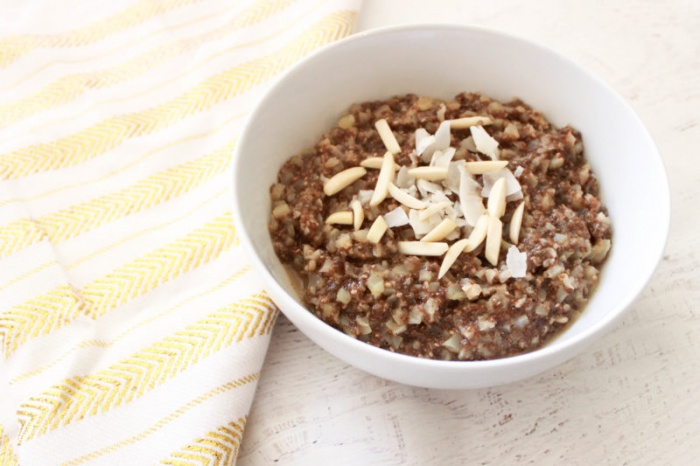 Now that I’m on “the protocol,” I’m trying to switch up my breakfasts as much as I can to keep things interesting. I’ve learned the hard way that my body doesn’t like having the same foods every single day, so it’s important to rotate my meals. I’m also trying to figure out ways to make myself forget that I can’t have heaps of vegetables with every meal now. It’s a real struggle. 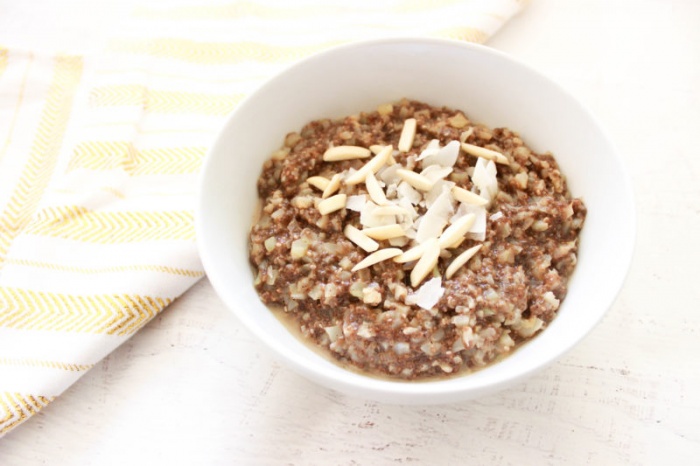 The way this recipe was born is kind of weird. Also kind of funny. It all started with the name.

My roommates and I were sitting around enjoying some Coconut Chai soft serve from Yoga-Urt (my obsession) before I had to start the protocol, and Kailyn made a joke that I should name my child “Chai” since I adore chai so much. We all cracked up, but then I actually thought about it. “Chai” is kinda cute. 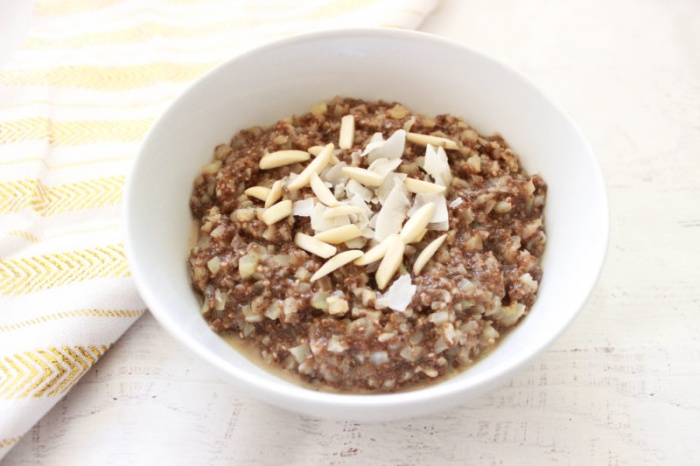 Anyways, a few days later I went to Disneyland with my friend Meghana (and yes, we had a fabulous time). I told her about Kailyn’s joke in passing, and Meghana made another joke that “chai” sounds like “chia.” She thought I should name my kid “Chia” instead. I explained to her that I could never name my child “Chia” because it’s not a cute name. “Chai” is pretty cute, though. 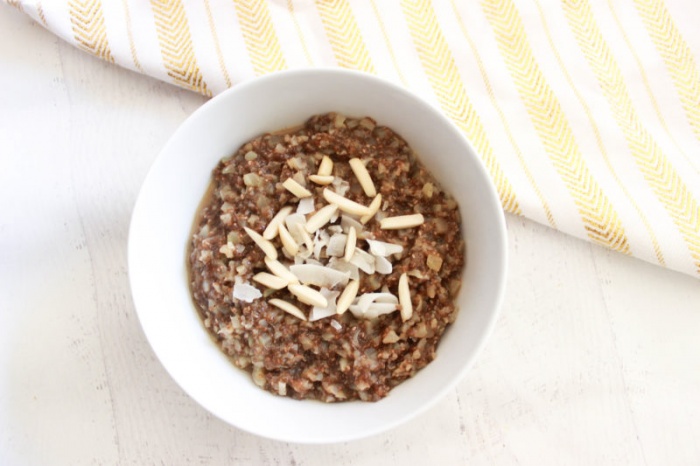 Then she said, “How about as a middle name? ‘Chai Chia Rice’?” To which I replied, “That sounds horrible as a name, but might be good as a pudding…” And then immediately I thought…I need to make chai chia rice pudding. So I did. 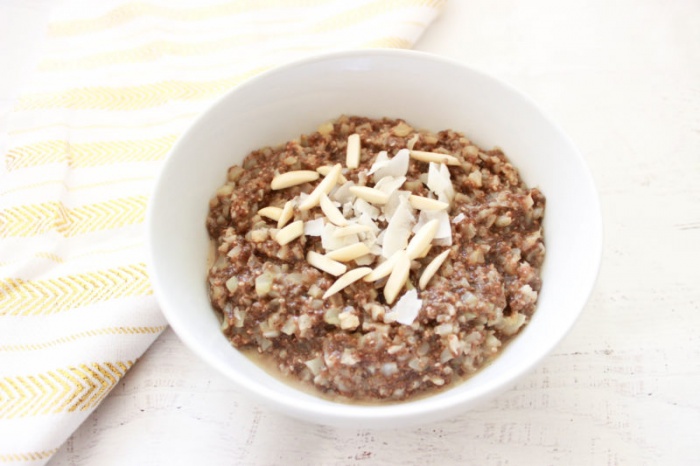 I’m very obsessed with this. I made it for two meals today and am dreaming about having another right now, but I will try to hold off until tomorrow. It’s basically a chia pudding loaded up, and way more satisfying. I kind of hate chia pudding because I’m honestly a total volume eater. I like having a BIG plate/bowl of food in front of me. Working on that. Regular chia pudding lasts for approximately 3 bites, which is oh-so-unsatisfying.

I also feel very incomplete if I don’t get veggies in at breakfast. That’s probably a good problem to have, but still. This is an excellent way to sneak veggies into your diet if you hate vegetables. You can’t taste the cauliflower at all, trust me. 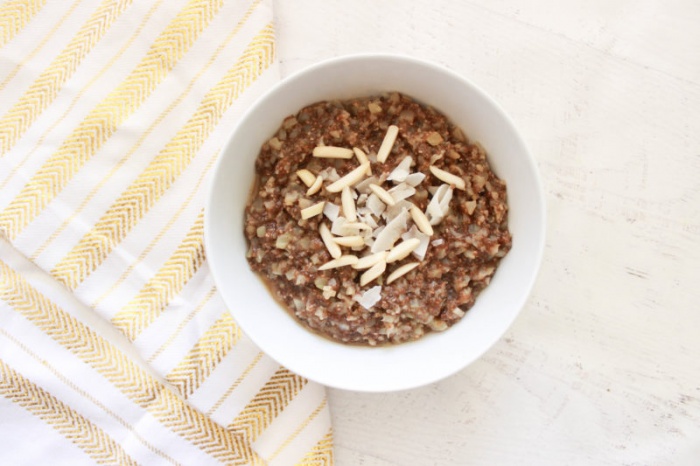 It also reminds me of my cauliflower oatmeal recipe, but this is fluffier and chewier. It really is like a healthy rice pudding – perfect for breakfast, a snack, or a dessert! Think oatmeal replacement/porridge/warm chia pudding. This takes less than ten minutes to whip up, is super healthy, and will def keep ya full. We’ve got healthy fats from the coconut oil, coconut milk, toppings, and chia seeds. We’ve got protein from the Vital Proteins Collagen Peptides. (If you haven’t read about why I love collagen so much, click here.) We’ve got fiber from the cauliflower and chia seeds. In other words, you’re all set.

This is paleo, gluten-free, can be made vegan if you don’t use the collagen peptides, soy-free, and sugar-free, of course! You can add maple syrup in as a sweetener if you want, especially if you want something extra sweet for dessert, but I prefer it without any added sweetener.

Note: traditional chai includes ginger as a spice. I am intolerant to ginger and am removing it from my diet for the next few months, so I left that out of the recipe. Don’t worry, it still tastes amazing.

If you’re into chai, this one’s for you. Welcome to warm, gooey, chai heaven. 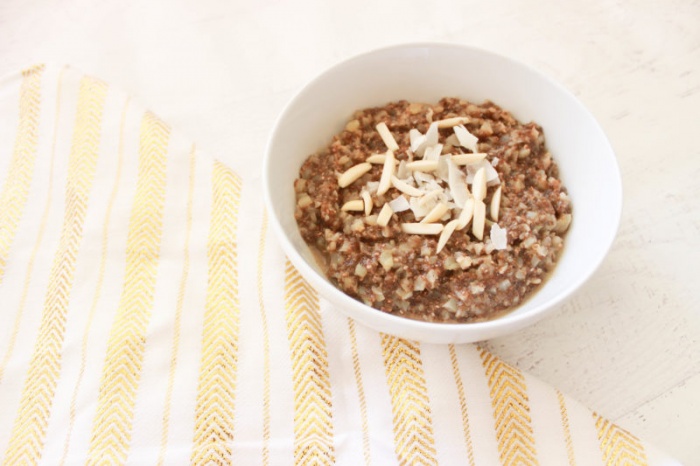 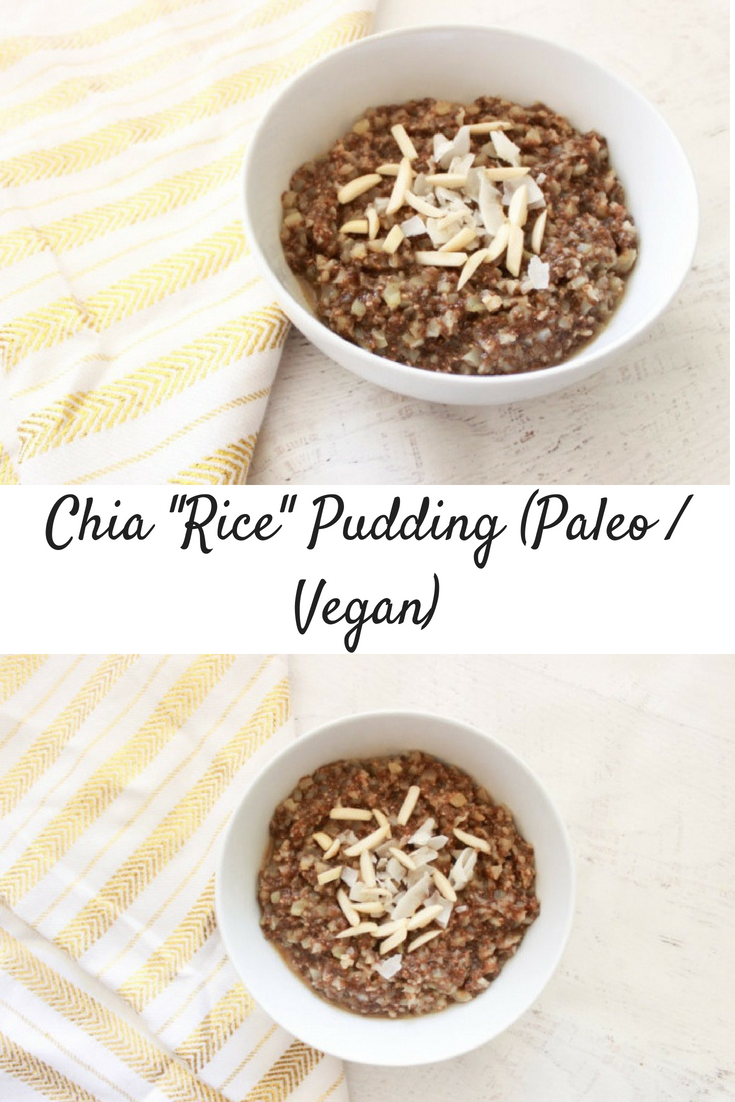 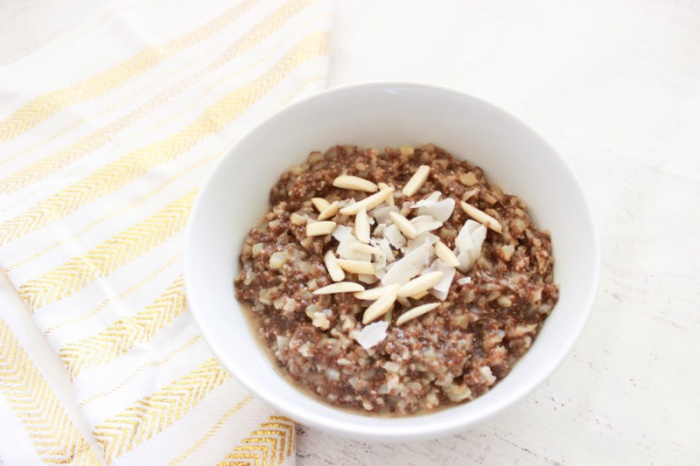 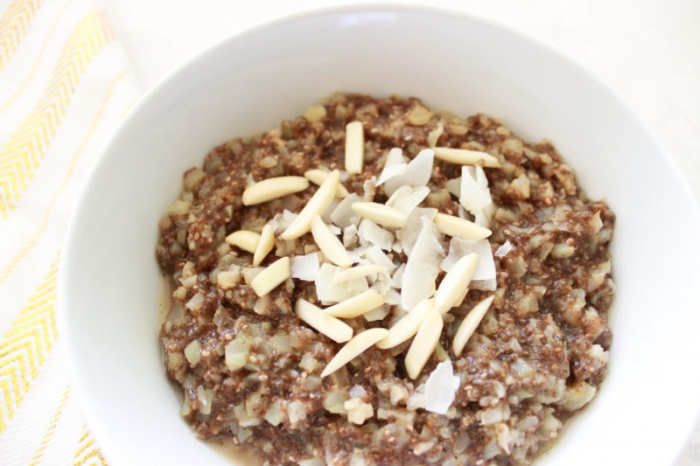 If you make this, please tag me in your photos and let me know if you like it! What’s been your go-to breakfast recently?!