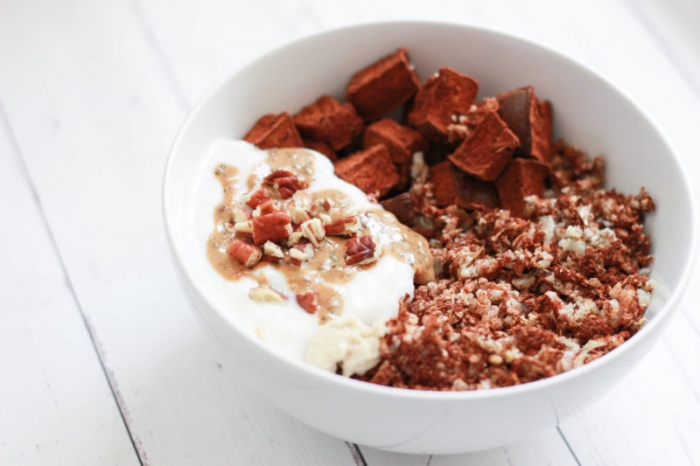 One of my specialties is discovering new ways to incorporate more vegetables into my diet. Vegetables are so versatile, and I truly love them. However, so many people tell me they don’t like them and don’t want to eat them. To that I say… You just haven’t found the best way to cook them! There are countless ways to season vegetables and transform the way they taste – you just have to experiment until you figure out what you like the best. Once you do, you won’t even realize you’re eating veggies. One of my favorite tricks? Cinnamon roasted veggies! 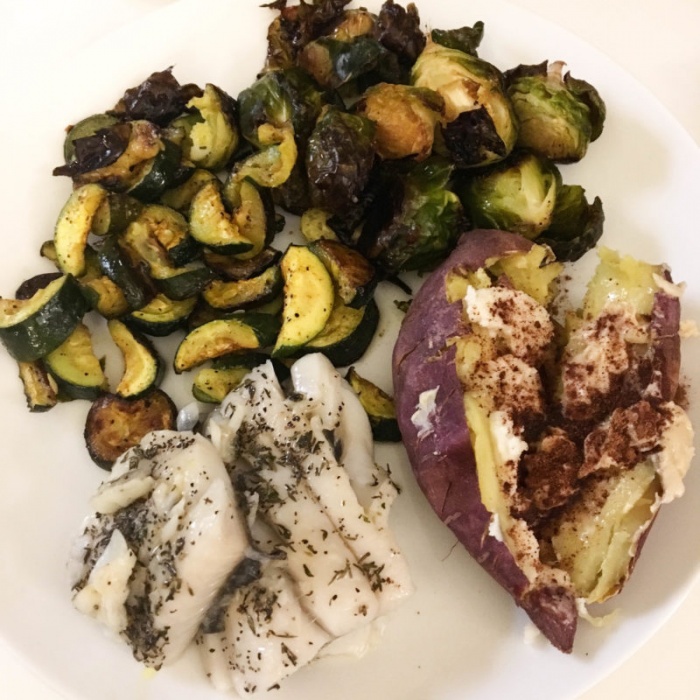 You’ve probably seen your fair share of cinnamon roasted vegetables on the Internet – sweet potato rounds and butternut squash are fan faves. If  you haven’t, I would highly recommend you try out those combos. Butternut squash and sweet potatoes roasted in coconut oil and cinnamon literally taste like candy. Bake a sweet potato, top it off with nut butter and cinnamon, and thank me later. 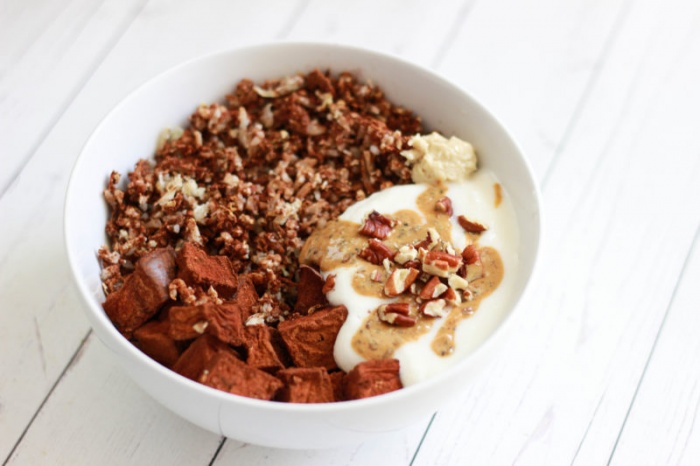 The problem is, some of us don’t do well with starchy carbohydrates or are on healing diets that restrict those foods. Some of us are intolerant to those foods, or maybe we just don’t like them. Right now while I’m on the Candida diet, I can’t have fruit or starchy carbohydrates for a few months. Sometimes I still want something sweet, though, you know? So I took matters into my own hands and started experimenting with roasting non-starchy vegetables in sweet spices, and it has definitely been a success. 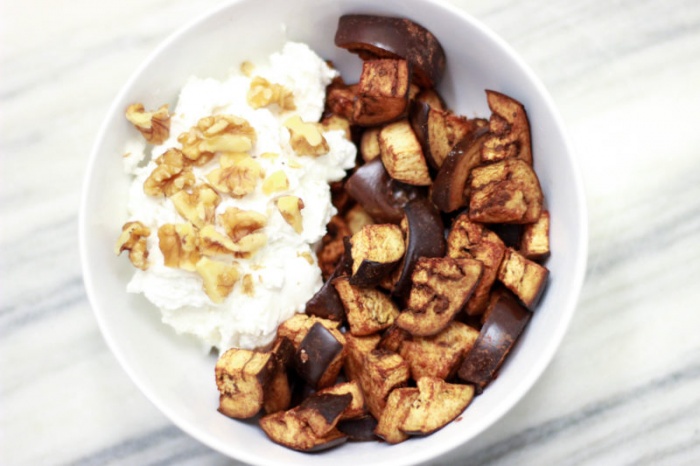 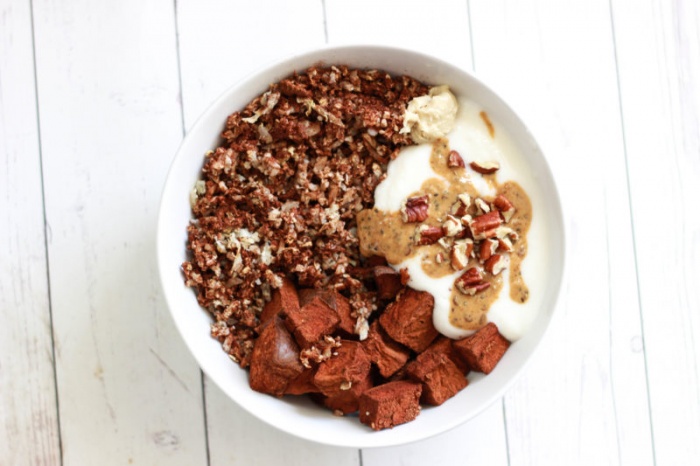 You know how zucchini and cauliflower can be used to thicken smoothies without adding a detectable veggie-like taste? It’s the same idea here. They’re neutral enough in taste to really just take on the flavor of whatever spices are used. In this case, you can make them taste totally sweet without any added sugar. Still low carb, keto-friendly, Candida-diet friendly – FUN FOR EVERYONE. 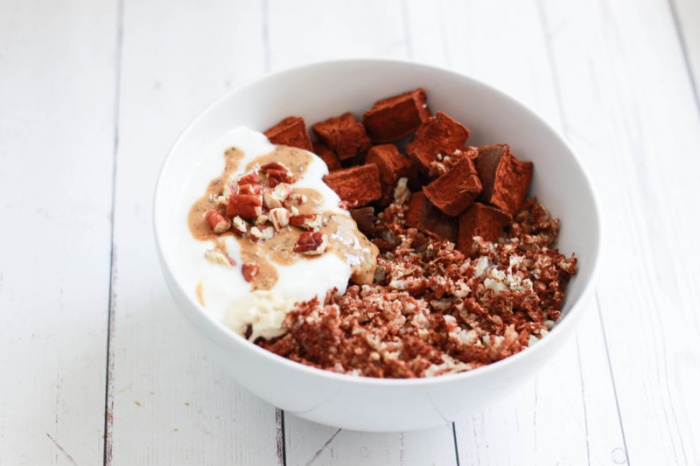 As someone who follows a low-sugar diet (even natural sugars), this has been one of the best things I’ve ever figured out. I love to make cinnamon-roasted zucchini, cauliflower, and eggplant and add those vegetables into my yogurt bowls, chia puddings, vanilla coconut pudding, or any other meal/dessert that pairs best with something “sweet.” While I’m usually a savory breakfast kinda gal, sometimes I do want to switch it up, so I’ll go for smoothies, yogurt bowls, or coconut pudding. However, I hate to miss out on a serving of veggies to go with my meal. This is the perfect compromise! 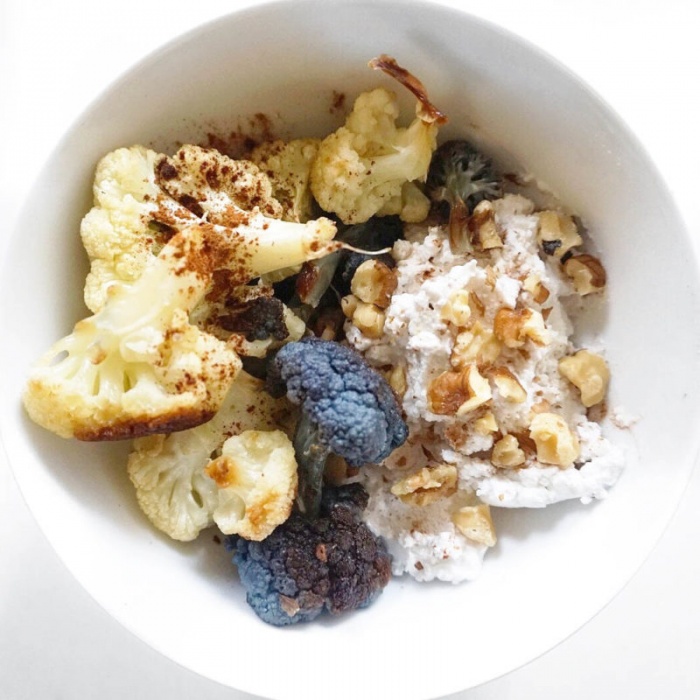 There are a few different ways to do this, so I’ve outlined the different methods below. It’s really simple, though, and a really great way to add some veggies into your diet. Basically, the idea is the same for every vegetable. All you need is some cinnamon, coconut oil, and pink salt. I also love to add nutmeg or even pumpkin pie spice on occasion if I want a slightly different flavor. The veggies will take on that sweet taste, and you’ll forget you’re eating vegetables in the first place! Veggie candy, I like to call it! 😉 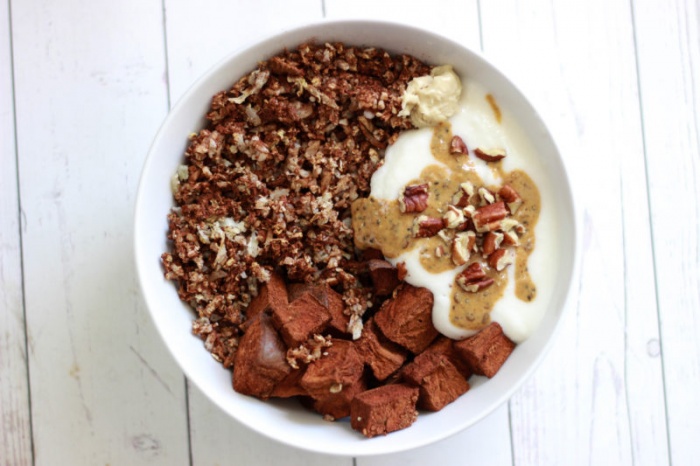 Like I said, I use cinnamon-roasted vegetables to go with my yogurt bowls. I like to use dairy-free coconut yogurt that doesn’t have any weird additives, like Coyo, mix that in with some Vital Proteins Collagen Peptides, and top the yogurt off with nuts and maybe nut butter. I eat that alongside my cinnamon-roasted veggies, and it’s the perfect sugar-free, low-carb, sweet breakfast! Perfect for anyone following a low-carb, keto, Paleo, or sugar-free diet. Or anyone who just doesn’t like vegetables. 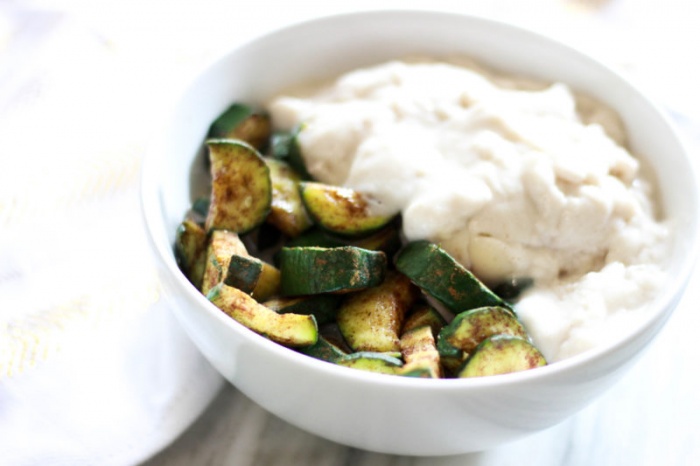 How to Build a Sweet Keto Yogurt Bowl 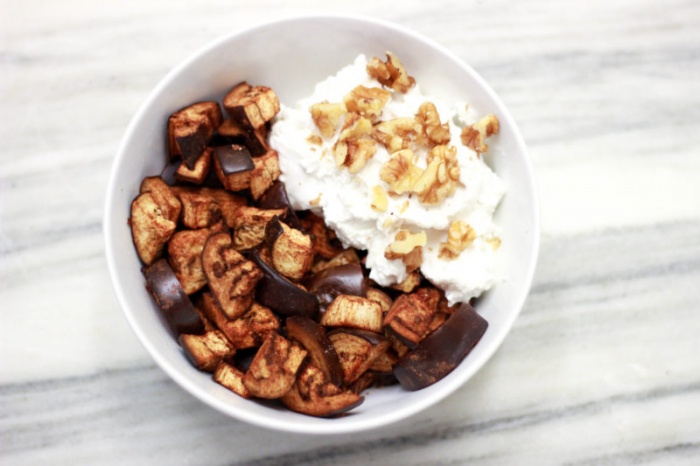 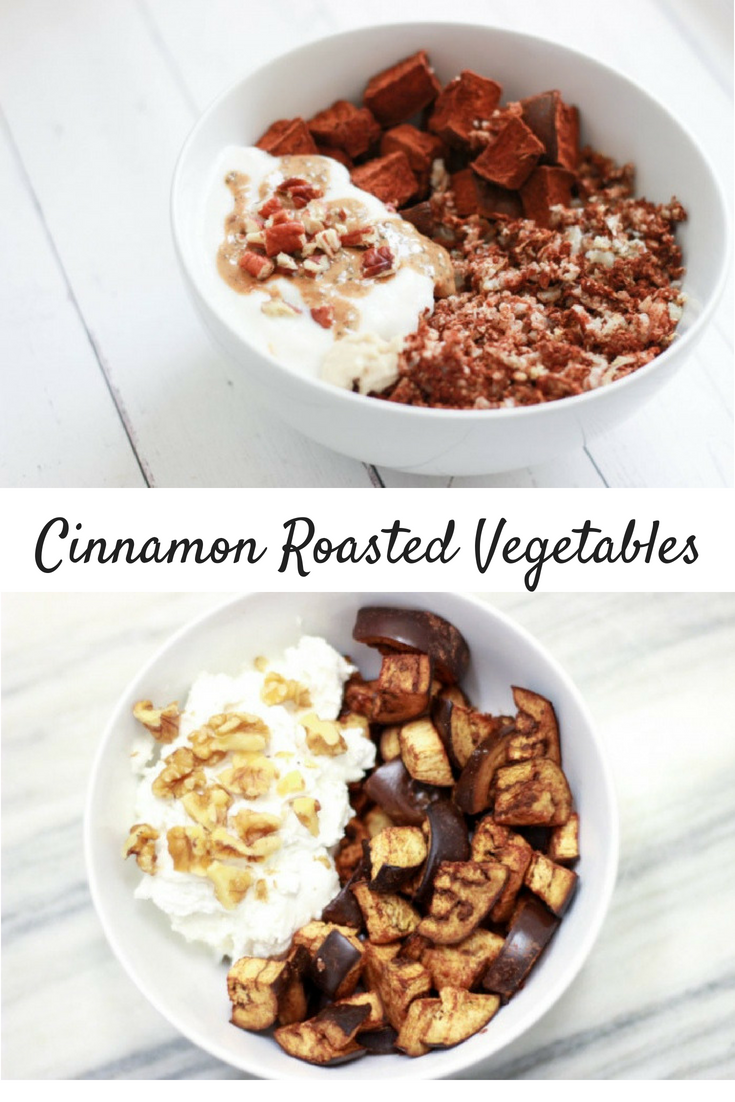 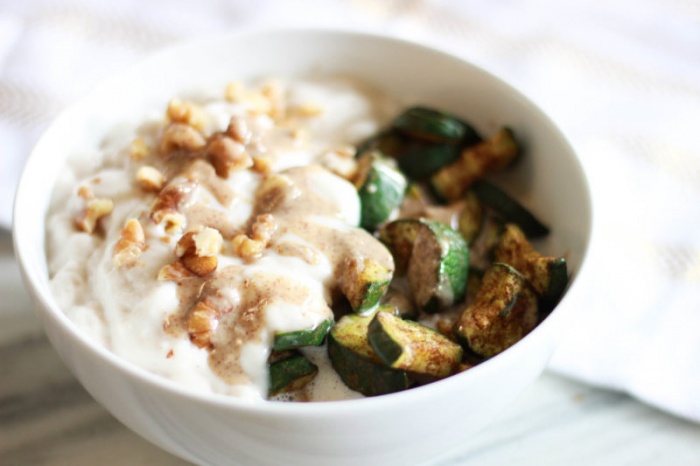 What’s your favorite veggie to roast in cinnamon?! Do share!