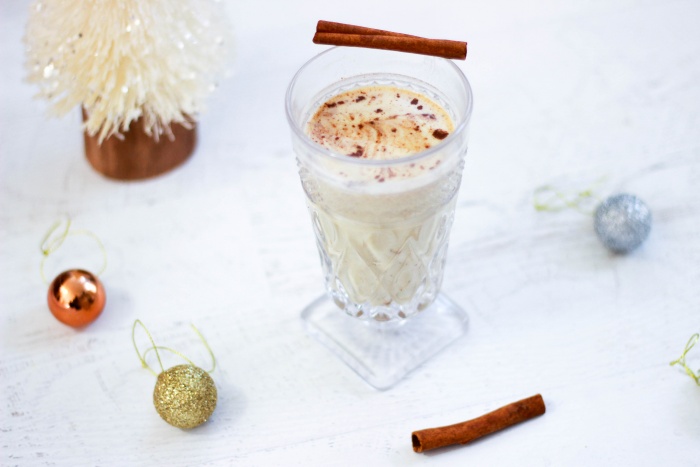 Eggnog is one of those drinks that tastes like memories. I hated eggnog when I was younger, and it honestly really bothered me that I didn’t like it. I love anything “traditional,” and I feel like hot cocoa and eggnog are the traditional holiday drinks. I wanted to love it so I could take part in the festivities… I just didn’t. It was too heavy. 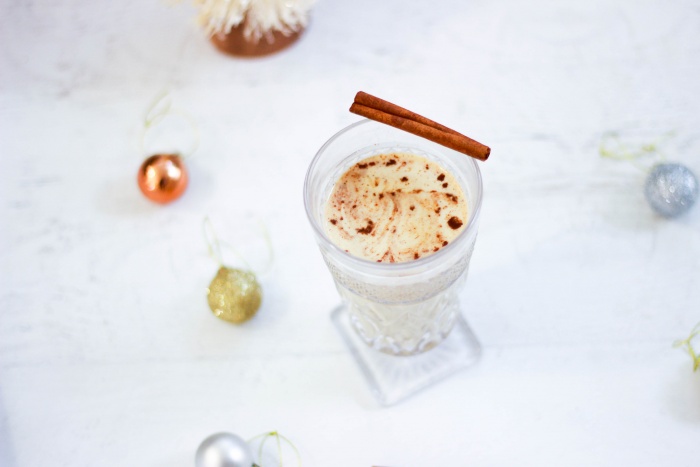 After years of my uncle trying to get me to drink some nog, I eventually decided to give it another shot when I got older. My world was changed. It was thick, creamy, and delicious. Like liquid custard in a cup! What was I thinking before?! Since then, eggnog has been one of my favorite parts about the holidays. 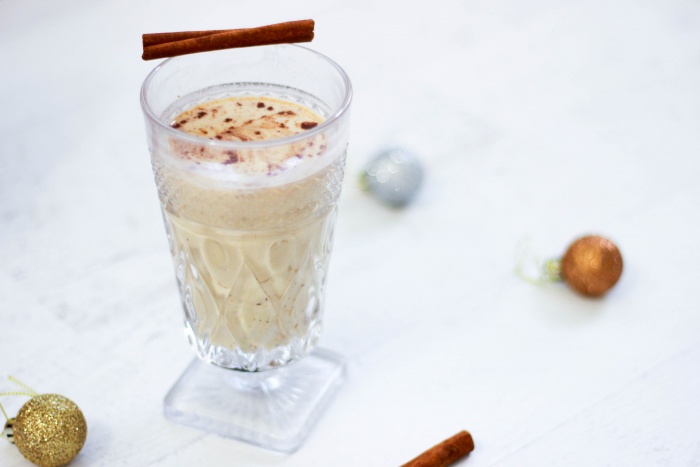 Eggnog is a very controversial drink. People either love it or hate it. If you think you hate it but haven’t given it a try in awhile, I encourage you to try again. Your taste buds might have changed! And this stuff is just too good to miss out on. 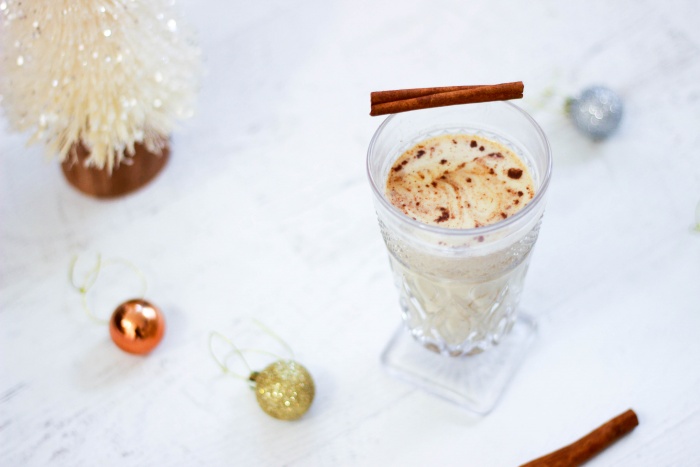 The other thing is that not all eggnogs are the same. I know the exact carton I used to love prior to going dairy-free, and I remember all of the other options at the store just did not taste the same. I would only drink that one specific eggnog.

Since going dairy-free, I’ve tried a few different eggnog replacements. Some are actually pretty good, but nothing ever tastes exactly the same as I remember. Most dairy-free eggnogs at the store are also vegan, and they’re usually an almond milk base. That means they’re pretty thin. So even if the taste is on point, the texture isn’t there. Besides that, there are always extra gums and thickeners, and usually a ton of sugar. 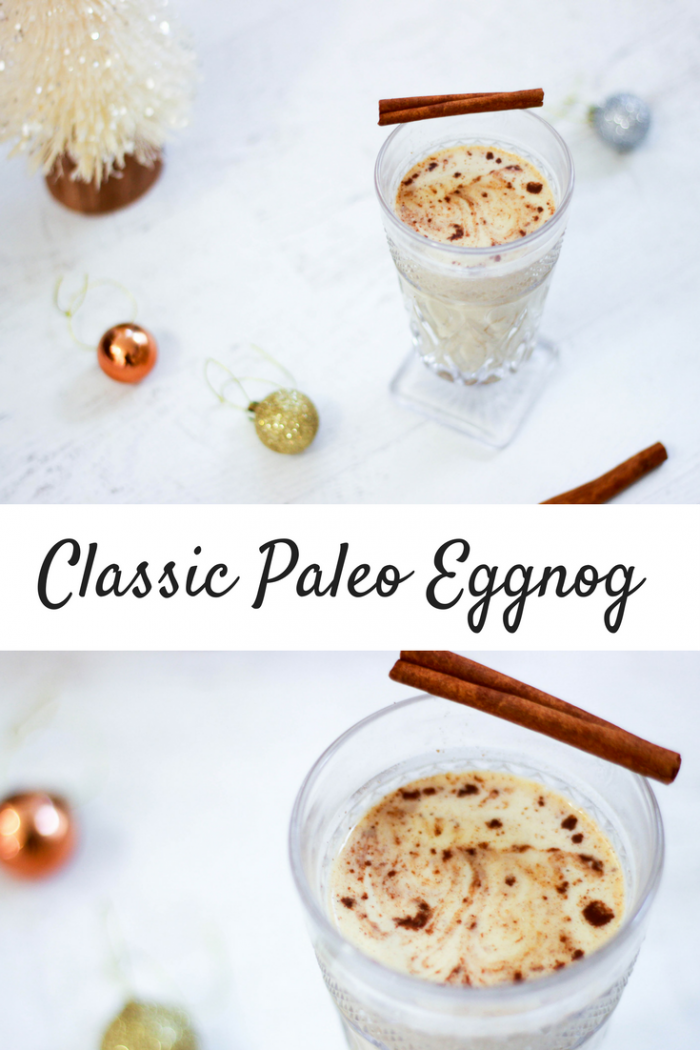 Obviously, that meant it was time to make my own! I always assumed eggnog was really complicated to make, but it’s actually quite easy! The way this is made allows the eggs to sort of “cook” without becoming scrambled, so you don’t have to worry about eating raw egg yolks. And you still get that classic eggnog texture! I love this eggnog even more than the original because it’s thick and creamy with that same rich, custard-like taste, but doesn’t leave me feeling sick afterward. Sweetened with just a bit of maple syrup (or other sweetener of choice), it also won’t leave you with a huge sugar crash like other nogs. This dairy-free, paleo eggnog is the perfect chilled drink for the holiday season! 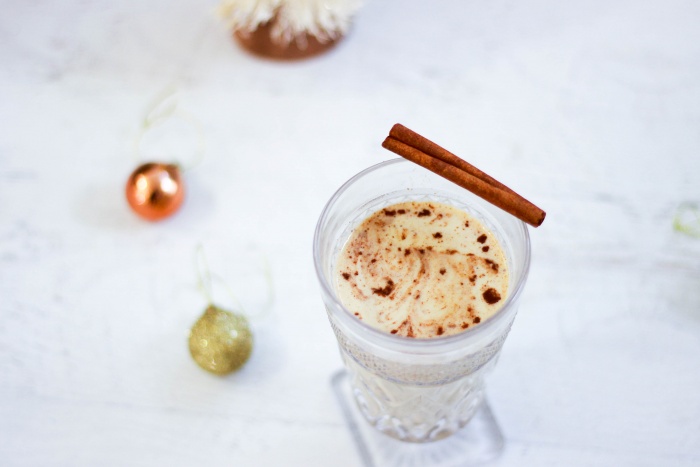 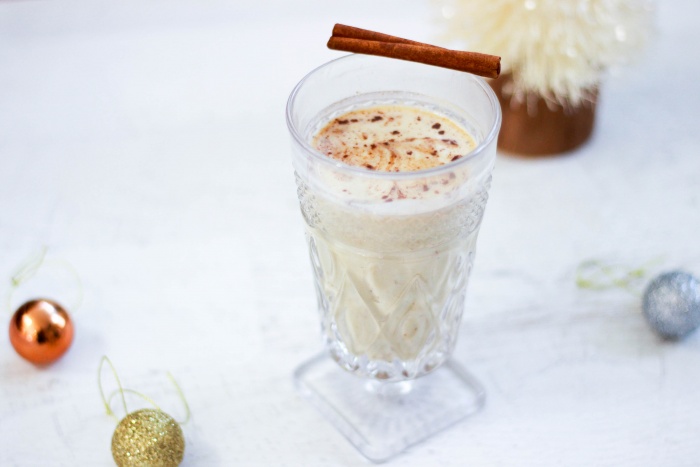