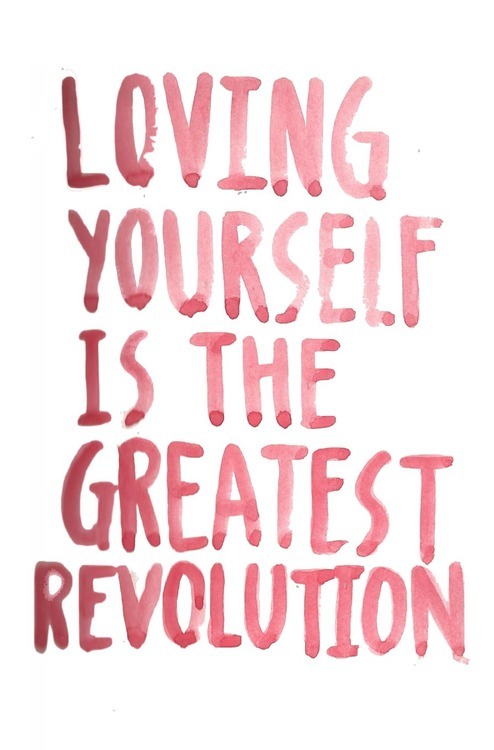 Last week in my Health Psychology class, the topic was Eating & Exercise. We scratched the surface on “health,” myths behind dieting and exercise, and numerous psychological studies relating to various disordered eating patterns, like bingeing. I love when things regarding health and fitness come up in class, because I think it’s fascinating to see what the general public is being taught about those topics. If my health and fitness journey has taught me anything, it’s how many lies are perpetuated on the daily about what people need to do to be “healthy.”

One of the psychological studies we discussed examined how dieting can lead to bingeing, a revolutionary idea at the time because most people thought it was the other way around. While learning about these topics in class, I was very interested in others’ reactions. I noticed a lot of students making comments and looking uncomfortable. When the professor explained how dieting might lead to bingeing, many of my peers were in complete disbelief. The questions they asked the professor… It saddened me. For example, in one study, men were put on a “starvation diet” of about 1700 calories (putting that in quotes because that was what they called the diet). These men became completely malnourished, of course, and we were shown pictures of them after being on the diet for months. It was hard to look at, to say the least. Someone raised her hand and said, “But I thought that we are supposed to eat 1500 calories a day?”

I have no words.

The class was a much-needed mental slap in the face for me because I tend to forget that most people around me still not only believe in but also strictly follow dietary or exercise recommendations that are unhealthy, unsubstantiated, and won’t even get them the results they want in the first place. I forget that pretty much everyone my age still believes that it’s as simple as calories in versus calories out. That so many people track their calories every day and think they need to keep it from 1200 to 1500. They think that health is defined by a number on the scale, and that a lower number is always better. They think that low-fat, low-calorie diets are the key to weight loss. They think that if they work out for longer amounts of time, they’ll see even better results. That the only way to get to their “goal weight” is by restricting in some sense – whether that means food, happiness, or sanity.

I know in the back of my head that many people truly believe these myths, but sometimes I forget how widespread these beliefs are because I generally surround myself with people who don’t buy into those ideas. Being in the middle of a room where everyone was shocked to find out that those beliefs might not be well founded hit me hard. The professor took an anonymous poll – who had ever been on a diet before? That number was way too high for my liking. It physically hurt my heart.

The class sparked a conversation between me and my friend about eating, exercise, and body image. She mentioned how the diet-binge pattern was oh-too-familiar to her because it was exactly what she saw happening with a few of her friends, and how much that frustrated her. We talked about how in college, body image issues are way too prevalent. This topic is something I’m very passionate about. It deeply saddens me that so many people struggle with their body image, and I couldn’t tell you how much relief I felt when my friend voiced her frustrations about the whole college/body image situation. She said, “You know, it’s so weird. Before college, I never thought twice about what I ate or how much I exercised. But since I came to college, it seems like that’s all anyone talks about, and now I feel like I’m supposed to be thinking about what I eat.” I had never heard it stated so simply before by someone outside my own brain. She was absolutely right.

This problem really really REALLY frustrates me. For awhile I felt like it was something no one else wanted to change because everyone was so wrapped up in it. What is it about college, specifically, that heightens problems with body image issues? What is it about college that leads to an increase in eating disorders, exercise addiction, and feelings of depression? I’m no expert, but I have plenty of guesses based on personal experience.

In high school, plenty of girls went on “diets” or became obsessed with working out, getting in shape, or being a certain weight. Body image was certainly an issue. Hell, it was an issue in middle school. But in college, everything is more intense. You’re living in close quarters with tons of your peers, and everyone is constantly comparing themselves to each other. You’re changing in the same room, sharing clothes, eating together, working out together. You’re ALWAYS together, and you’re always seeing what everyone else is doing. There’s no escape.

When a girl goes to the gym, her roommate notices and feels guilty. She thinks, Maybe I should go to the gym too. When she’s at the dining hall and sees what her friend is putting on her plate, she gets insecure about what’s on her own. When she sees the Facebook pictures from the party, she feels like she needs to lose weight to wear a tight dress like that. When she sees her friend get attention for a cute new haircut and color, she gets jealous and wants to change her style, too. Everything turns into a comparison. You don’t have siblings or parents around to distract you and ground you on what the real problems in life are. People make  a lot of comments in college. Comments to validate themselves. Comments to try to make other people feel bad. Comments to compare. Comments to test the waters and see if they’re “good enough.”

“Ugh, I haven’t worked out in a whole week.”

“I’m not eating because I’m going to drink my calories tonight.”

“I drank so much last night. I’m just going to eat dinner today.”

So many comparisons, and so much disordered thinking. Some have it worse than others, but I don’t believe that there is one person who has never compared him or herself to another human being in some way or another. At least one time. It’s how we function, nowadays. My health had to hit rock bottom before I truly figured out what was important to me in my life and realized how big a problem body image issues are for so many people.

As I’m writing this, I’m sitting at a lunch table on campus, and I’m not so casually eavesdropping on the girls at the table next to me. Well, is it considered eavesdropping if they’re shouting…? Let me tell you how the conversation is going. Girl 1 is saying that she hasn’t worked out in a month. She wants to know how often Girl 2 works out. Girl 2 says she works out 3 times a week but wants to up it to 5. She is planning on moving from the elliptical to the treadmill because she wants to burn more calories. Girl 3 says that she worked out yesterday and is SO sore. She really wants to get gelato today because she’s been craving it but she can’t because she needs to get in shape before her date party this weekend. Do they all want to go to the gym together that afternoon? Have they seen Girl 4? She dropped a ton of weight recently and looks really good. Girl 3 asks if they know what she’s been doing, because she wants to know. Has anyone tried a juice cleanse?

It’s honestly so hard for me to sit here and listen to this. Like, of course their conversation is 100% relevant to what I’m writing. It takes everything in me not to run over and scream, STOP! LET ME HELP YOU! YOU CAN ENJOY EXERCISE AND EAT LOTS OF DELICIOUS FOOD AND FEEL HEALTHY AND NOT RESTRICT AND NOT PUNISH YOURSELF AND BE HEALTHY! YOU CAN LIVE WITHOUT WORRYING CONSTANTLY ABOUT THESE THINGS, AND YOU CAN FEEL AMAZING! YOU CAN STOP COMPARING YOURSELF TO EVERYONE ELSE! It doesn’t have to be complicated. But more than that, reaching some body goal won’t solve all of your problems. What are the important things in life? What is health, really? To me, it’s not a number on the scale, or the way I look. It’s a feeling of wellness. It’s a happiness with who I am. It’s finding the beauty within myself.

We teach kids nowadays that the way they look is of monumental importance. That it has to do with their self-worth. Weight has become confused with health. “Skinny” has become the ideal. People are so worried about if they’re “good enough” – and to whose standards? And why? Who are we all trying to impress? Why are are putting ourselves down, making ourselves not feel good enough? Why are we torturing ourselves over things that are supposed to make us feel good? Food is meant to nourish us. Exercise is meant to give us energy and make us feel strong. Friendships are meant to foster love, not to create useless comparisons. 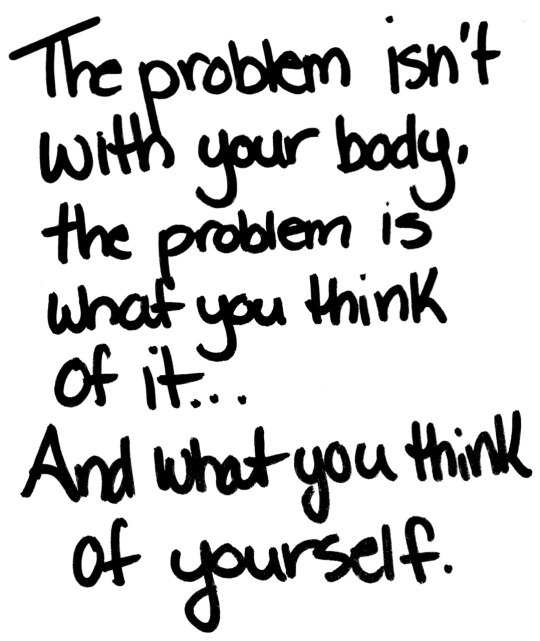