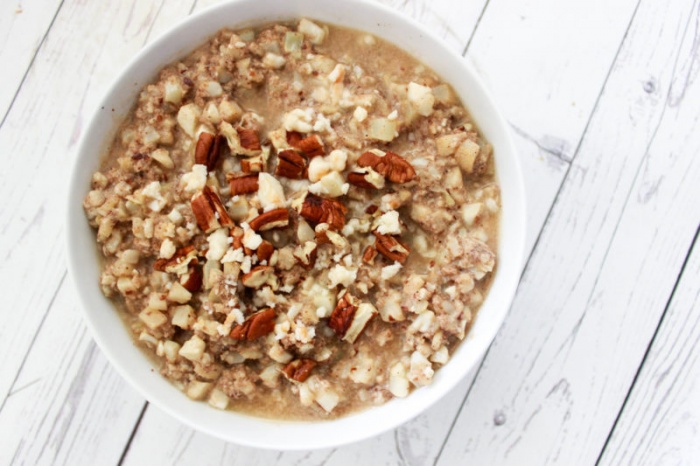 I’ve been in a major breakfast rut recently. I’m obsessed with eggs. Have ’em every morning. Sometimes I toss in a smoothie or have dinner leftovers for breakfast, but 98% of the time it’s eggs. Having that many eggs, every day…let’s just say I needed to switch things up. 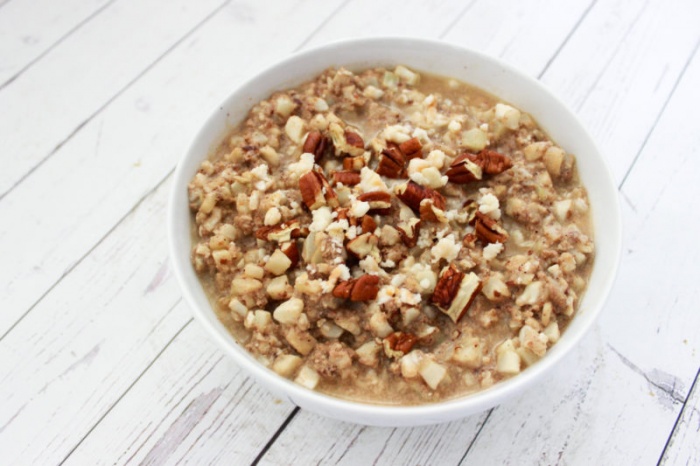 I looooove trying new recipes, especially when they seem kind of weird at first. I used to adore oatmeal, and I ate it every morning. (I’m a creature of habit, obviously.) Then stomach/health problems happened, and I switched over to eggs as my go-to breaky. I’l never turn down an omelette or a frittata, but honestly, sometimes I miss the warm, gooey deliciousness of a comforting bowl of oats. Especially when it’s nice and chilly outside. Or if it’s raining.

Finding breakfast alternatives can be difficult if you don’t eat gluten or dairy, but I was determined to find something to switch it up. So I did what any determined girl would do – I scoured through Pinterest for a few hours and stumbled across a fabulous, intriguing recipe for an oatmeal-like breakfast that wasn’t actually oatmeal. I gave it a shot and kind of became obsessed. Wanna know what it is?! 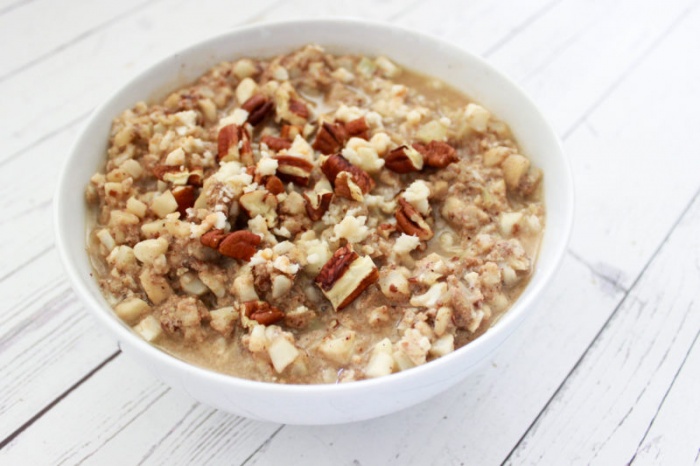 When I found the recipe, I was so excited and wanted to try it right away. When I told my friend about it and got the “you’re really crazy” look, I realized that maybe this recipe wouldn’t sound that great to everyone. But I think it’s delicious! I’m a big fan of cauliflower rice in general, and I love that it can be totally transformed into a breakfast porridge. The coconut milk and spices mask the cauliflower taste, and hidden eggs provide that epic, gooey oatmeal texture. 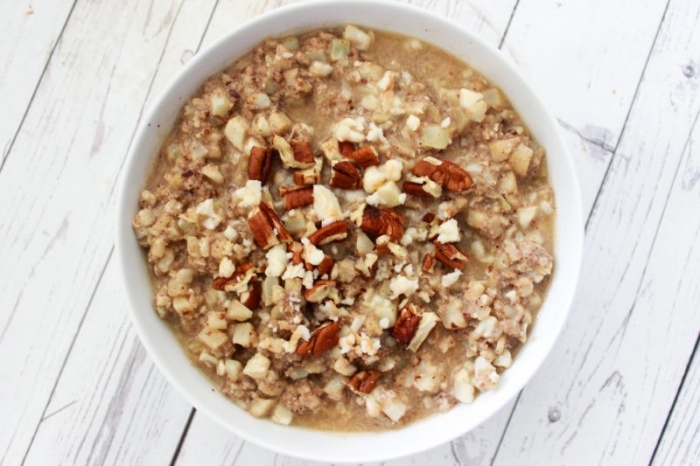 This recipe satisfies all of oatmeal cravings while fitting in some veggies, protein, and healthy fats to start my day off right. BAM. You can easily customize the recipe to give it different flavors – add some fruit for pizzaz, some nuts for a crunch, some coconut because coconut is everything, some pumpkin and pumpkin spice… You get the idea. Mix it up!

If you’re interested at all, give it a shot! I’ve made this three times this week, and I’ll probably make it again tomorrow. It’s like a warm hug in a bowl! It’s pretty quick, it’s healthy, and there’s something really satisfying about eating a yummy meal that’s made from an unusual combination of ingredients. 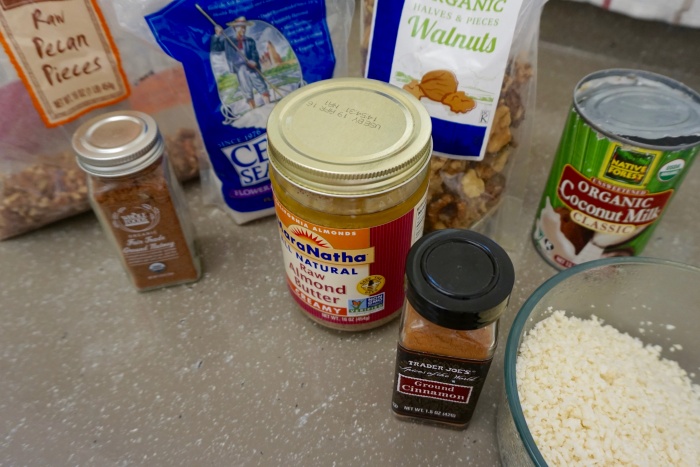 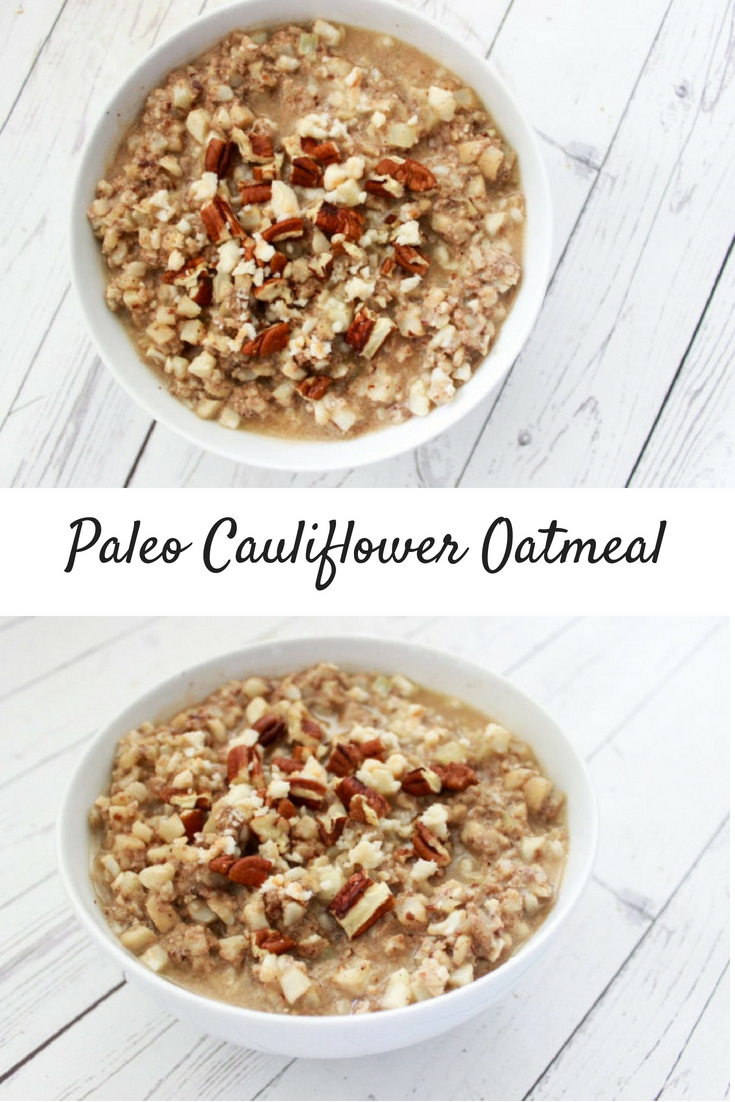 1-2 cups cauliflower rice (I prefer to do 2 cups to give it more texture, but sometimes just do it with 1!) 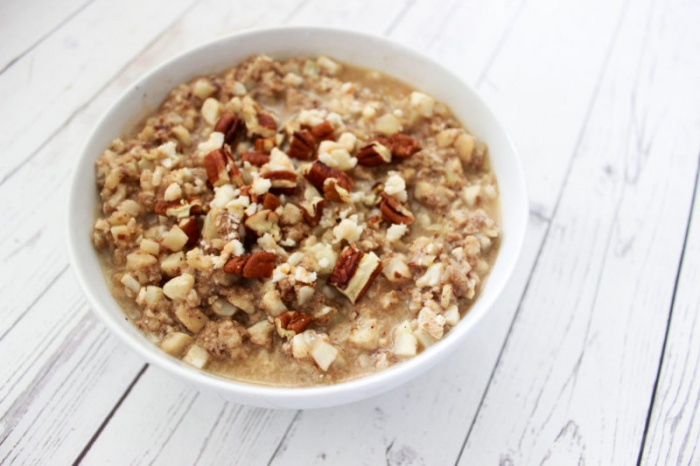