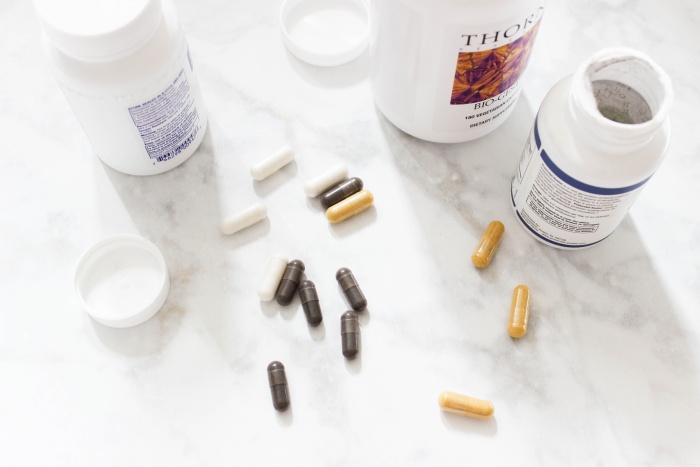 This might ruffle a few feathers. But I think it’s an important topic to bring up, because we live in a world where there is a lot of conflicting information floating around. And a lot of disease, too.

Just because someone is a doctor does not mean that person is automatically right about everything he or she says. Doctors do not know everything. No one knows everything.

When we have a health concern, we turn to doctors for help and advice. We put our health in the hands of an expert, and we trust in that person to tell us what to do so we can move forward.

Don’t get me wrong – doctors have our best interest in mind. I really don’t think anyone would bother going through that much schooling and spend that much money just for kicks.

The thing is, though, that sometimes doctors are wrong. Or maybe not necessarily wrong, but sometimes they don’t know all of the relevant information. Not all doctors are aware of the latest research. Sometimes they stick with what they learned in medical school, which might be outdated, or taught from a very narrow, specific perspective. Or maybe they do keep up with the latest research, but there’s no way for a doctor to do everything he or she has to do in a day while also reading all of the latest research on every single health issue that exists. It’s just not possible. 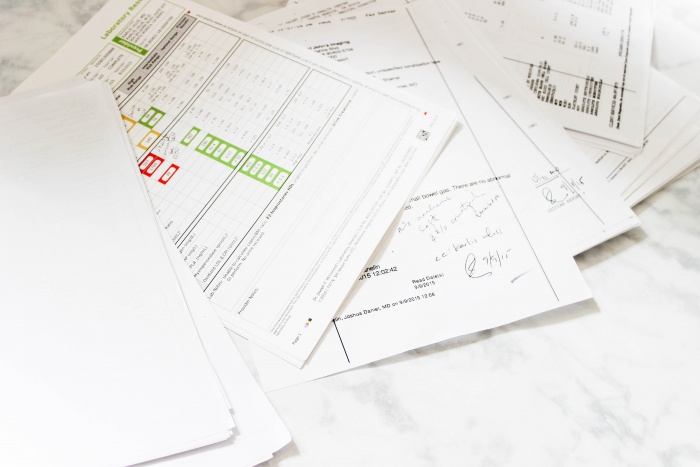 I have learned a lot about healthcare in the past few years of my life. When it comes to doctors, the most important thing I learned is how crucial it is for me to be in charge of my own health. I learned not to depend on a doctor to diagnose me or fix me. Yes, a doctor is important. But a doctor is a tool. A crucial tool, but not a black and white answer. I learned it is imperative for me to be as informed as possible by as many resources as possible. It is, after all, my own body. No one is more invested in my health than me.

When I have a problem, I become an expert on it in the hopes of finding a solution without anyone’s help. Obviously, that is not always realistic – especially when it comes to health. I like to fix things by myself when I can. I’m stubborn like that. So when my health issues started, I went to work. I have pulled way too many all-nighters researching my symptoms, my diagnoses, obscure diseases, and any other health info I could find in order to better understand my health and my body. I have read hundreds of books, scientific journals, magazine articles, and blogs about the various health problems I faced. I’ve spent hundreds of hours watching movies and listening to podcasts about those topics, too. I quickly gained a lot of knowledge about what I was dealing with, as well as about diagnoses I hadn’t received yet but expected to.

I quickly realized that I knew as much as, if not more than, many of the doctors I was visiting when it came to my specific diagnoses. And they realized it too. They told me so. I’ve been told multiple times, “I think you know more about this than me…” This was a blessing and a curse. It was a curse because visiting doctor after doctor and realizing that you are just as knowledgeable as that person about a certain topic feels very defeating when neither of you know what to do. I had to jump from doctor to doctor as I searched for someone who could give me valuable information. I needed more than what I already knew. It was a blessing because I didn’t waste my time on doctors who didn’t know enough information to help me. Had I not gone into appointments with my stacks of research, my pages of questions, and my list of tests I wanted, I would’ve probably followed a treatment plan put together by someone who didn’t fully understand how to help me.

I’m very fortunate to have found the doctor I am currently working with. He’s a badass and a genius, and I trust him completely. However, it took me a long time to find him, and I wasted a lot of money on doctors who honestly just didn’t know what they were doing. To be frank, I find most of the issues to be with traditional Western medicine doctors. NOT ALL OF THEM. I obviously have not seen every single doctor in the United States. But I do know out of the MANY I’ve seen, none gave me the help I needed. And I was seeing people who “specialized” in my issues. It was only when I turned to holistic, functional medicine that I found someone who was willing to look at the whole picture from every angle and figure out what was wrong.

I’m bringing this up because a lot of people talk to me about their health, and we often chat about their treatment plans. Many people suffer with the same things I suffered/suffer with – IBS, Candida, SIBO, gluten intolerance/Celiac disease, insulin resistance, reactive hypoglycemia, adrenal fatigue… all of the things. So it kills me when I hear what their doctors are having them do, and I know that it’s not going to help them get better. I never really know what to say. No, I’m not a doctor. But sadly, I might know a lot more than your doctor does about SIBO, for example, simply because I’ve spent hundreds of hours studying it. And if your doctor talked to me, he or she might agree. 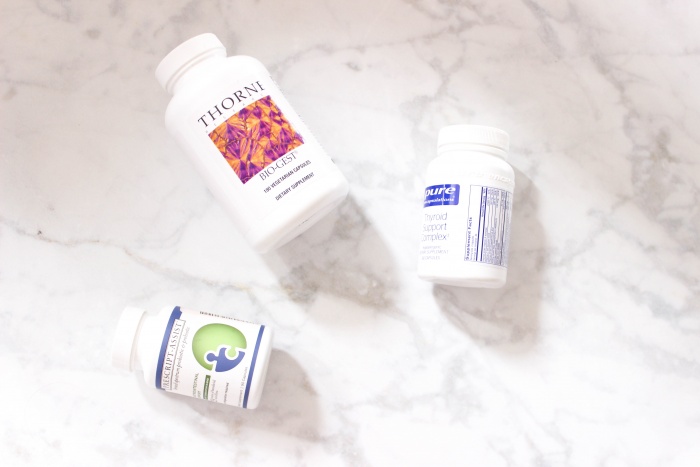 Sometimes the problem is that doctors don’t even know about certain tests or diagnoses. People will tell me their symptoms and I’ll say, “Have you been tested for X or Y?? Have you gotten test A or B yet?” The usual response is, “My doctor has never even mentioned that to me. What is that?!” 95% of the times this has happened and that person has gotten tested for what I suggested, I turned out to be right. They usually have to find a different doctor who has actually heard of what I suggested. But when they do, they finally make some progress, because they bring the information to the doctor – not the other way around.

With the SIBO example, I’ve had the experience of being “treated” by one of the top GIs in L.A. Well, I thought I was being treated. Let me back up. First of all, 3 different doctors told me that SIBO is not real. That is incorrect. Second of all, I was only diagnosed with SIBO after begging my GI for months to test me because I was sure I had it. He finally tested me, but the test was performed inaccurately, so the results were negative. I told him I still wanted to be treated (because I insisted the test wasn’t performed properly), so he put me on the treatment plan. I argued with his “plan” based on all of the research I had done myself, but I still went along with it. I was desperate. After some gnarly antibiotics and a ridiculous diet, I felt just as bad as ever. He told me the treatment was done, and I was fine now. No. I FELT HORRIBLE. I had wasted thousands of dollars and months of my life being improperly treated for SIBO.

Flash forward to finding my new doctor. He gave me an accurate test which showed that I did, indeed, have a bad case of SIBO, and he put me on a real treatment plan. One that aligned perfectly with all of the research I had done myself. And it worked.

When I was first having all of my health problems and wasn’t diagnosed with anything specific, I found myself directing my doctors over and over again. I had to tell them specific tests to run, and they would resist. Then they would agree, find exactly what I thought they would, and apologize to me for not listening to me before. Or sometimes they would run tests, tell me they didn’t find anything, and then I would have to show them what the numbers meant. I would bring in my scientific journals and textbooks and explain to them that they were misinterpreting the numbers, usually because they weren’t usually looking at the whole picture. Then they would see my point and adjust their statements accordingly. I felt like a bitch, honestly, but I was sick of trusting someone else with my health.

Putting the digestive examples aside, the same thing happened to me when I was looking for a dermatologist to get laser treatment done on my face. I did a lot of research beforehand, and I literally knew more than a lot of the dermatologists about the different laser options. They would suggest a laser that I knew was old technology or not the best choice for my face, I would bring it up, and the doctor would be visibly shocked about what I knew. I am proud to say that I saved myself from getting my face unnecessarily burnt off and further damaged. Without the knowledge I gained from my own research, I might have just gone alone with whatever the dermatologist said, because we trust our doctors. Right? You can’t always. 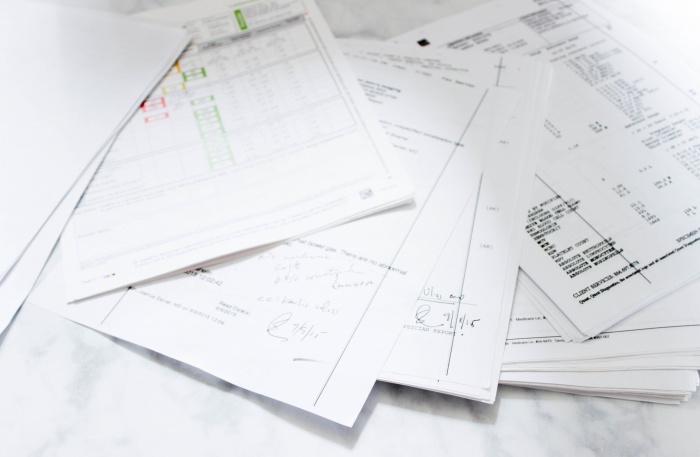 Doctors are humans, just like us. They are not God and they do not know everything. They are usually extremely intelligent and do know a shit ton of information, but they are not experts in every single aspect of medicine. It’s just not humanly possible. I’m not blaming any doctors – I just want to put things into perspective. You can be in control of your health and your treatment. If you are struggling with a health issue, I beg you to do research for yourself and figure out what you think you need to do. Then find a doctor who thinks along the same lines as you. And someone who clearly knows more information than what any random person could find on the Internet. You have to be your own advocate. Yes, they went to medical school, but that doesn’t mean you’re just a dud in the room with them. Go in there informed. Your treatment plan should be a conversation – not a one way street. Not you just doing whatever your doctor says, no questions asked, no further research done.

Educate yourself. Look at multiple perspectives. Become on expert on your health. Bring in research and suggestions. I’m not telling you to become a hypochondriac, but if you have a hunch that you have a certain problem, there’s nothing wrong with researching it further and presenting that information to a doctor. You might bring something up that he or she hasn’t thought of before, and you might be right. Just because you are not a doctor doesn’t mean you are useless in the pursuit of your own health and doomed to just wait around until someone fixes you. No one is going to be as invested in you as you are. So do something about it.