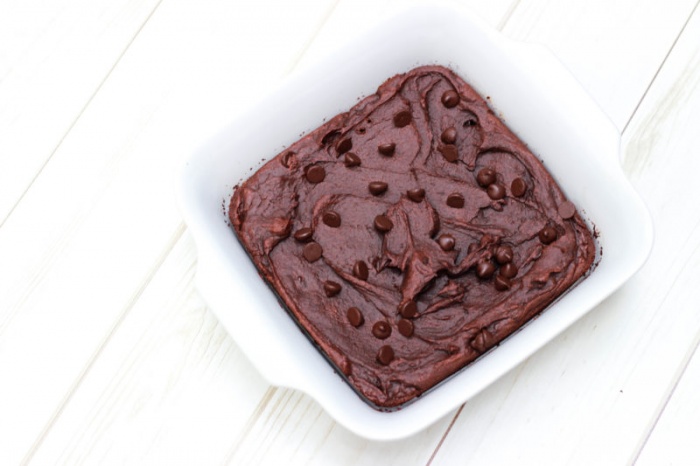 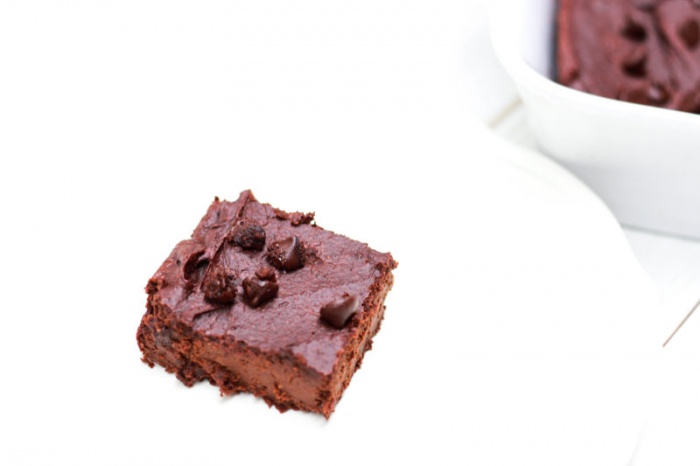 Pumpkin fever has taken over. 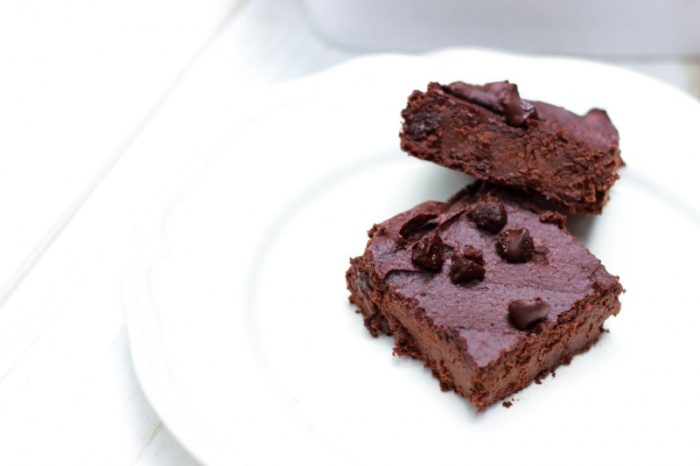 I wanted to wait a bit longer to post a pumpkin recipe (October?), but if Trader Joe’s says it’s pumpkin time, then it’s pumpkin time. Plus, everyone has been posting about pumpkin-flavored things nonstop on social media, so I’m getting the itch. I feel like the pumpkin hype starts earlier and earlier each year – is that just me?! 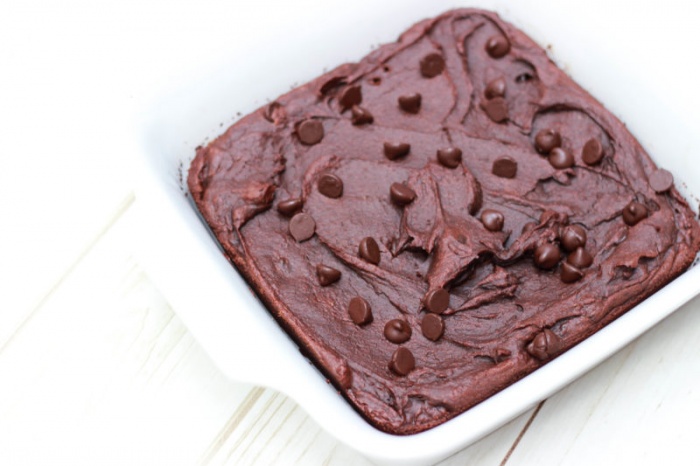 I thought I’d start off with a transitional recipe, because brownies are a year-round kinda thing. Pumpkin brownies are a great way to kick off pumpkin season, just in case you’re not totally in the mood yet. It’s still only September, so I get it if you wanna dip your toes in before diving in completely. 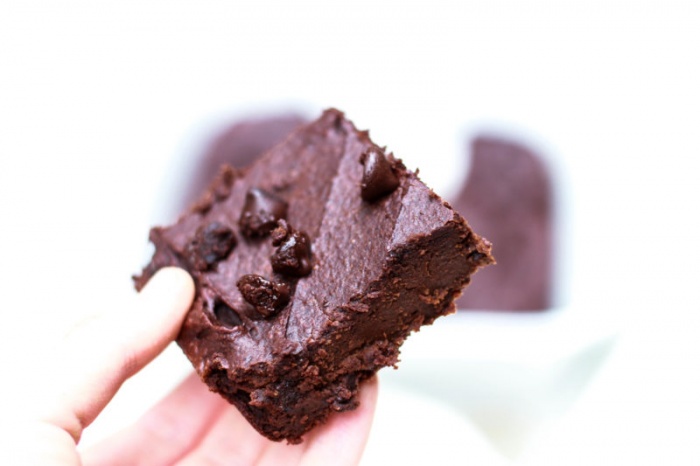 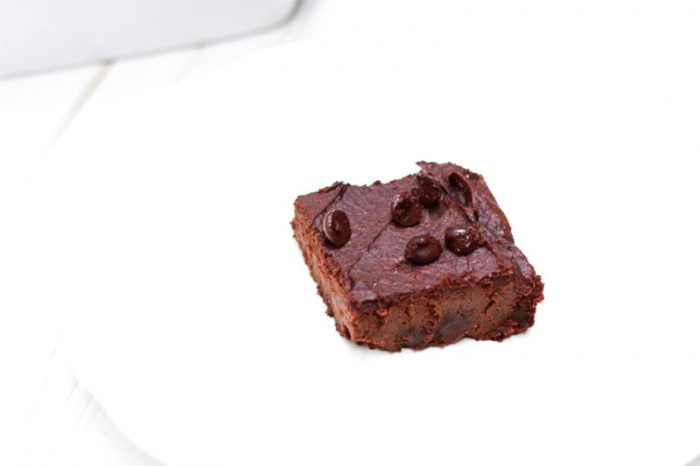 A lot of you saw me baking up a storm a few weeks ago when I visited my cabin. I had about 15 recipes pre-planned to test out during that trip, but they were all fall-themed. As in, it would be awhile before I shared the recipes. Many of you have been asking for them, though, so I felt like it was cruel not to share at least one of those glorious recipes. 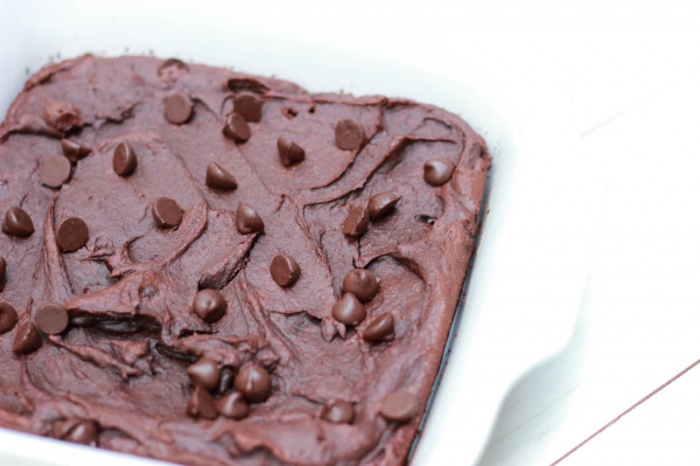 So I’ll give ya one of my favorites – vegan, paleo, flourless pumpkin fudge brownies. 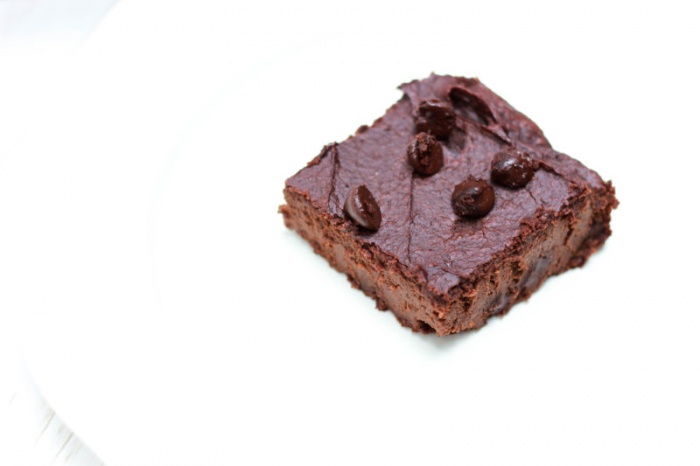 These flourless pumpkin fudge brownies were a happy mistake. My uncle was with us at our cabin, and he is the king of chocolate. Chocolate cake has always been our thing. The two of us love chocolate fudge anything, and the rest of the family knows it too well. Before I went paleo, we had a tradition of getting a chocolate fudge cake from Safeway/Von’s/Ralph’s any time we were together. It’s a very specific pre-made chocolate bundt cake that’s extremely rich and dense (and filled with very unhealthy things…whoops) , and we were obsessed. 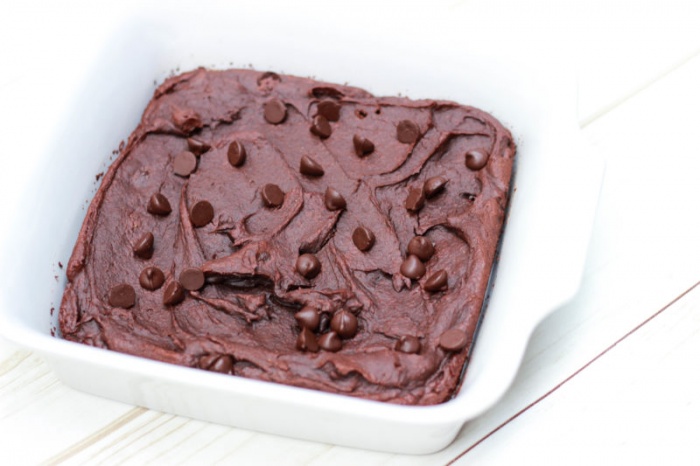 Anyways, I felt bad that with all of my baking that weekend, I didn’t make him anything that was chocolate-fudge-themed. I promised him that after I finished all of my “official” planned recipes, I would bake him some chocolate fudge brownies to take home, just to make up for it. 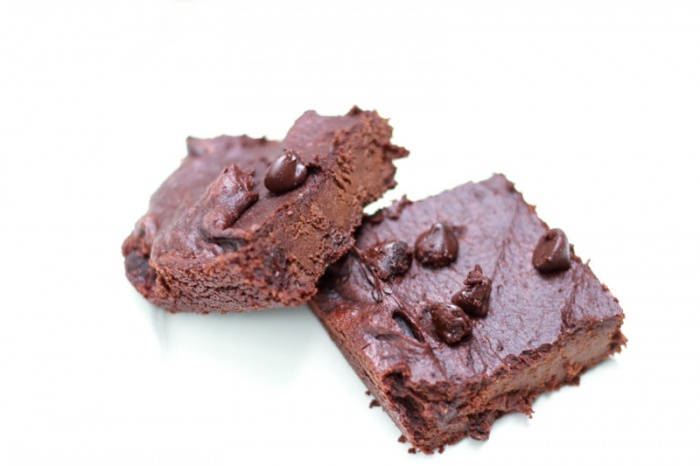 When I first became interested in healthy baking, I tried a ton of different recipes, but a few stand out distinctly in my mind. One that stands out the most was a recipe for pumpkin brownies. I was just learning to cook, and I definitely didn’t include all of the ingredients necessary in the batter. They ended up being a total success in terms of flavor because they tasted like straight chocolate fudge, but they weren’t really brownies. They weren’t firm enough and melted when left out for too long, but they were divine. Moist, dense, delicious, and ever-so-chocolatey. 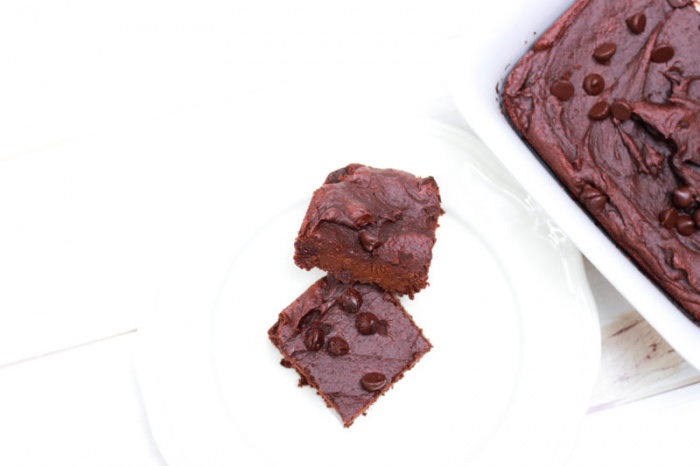 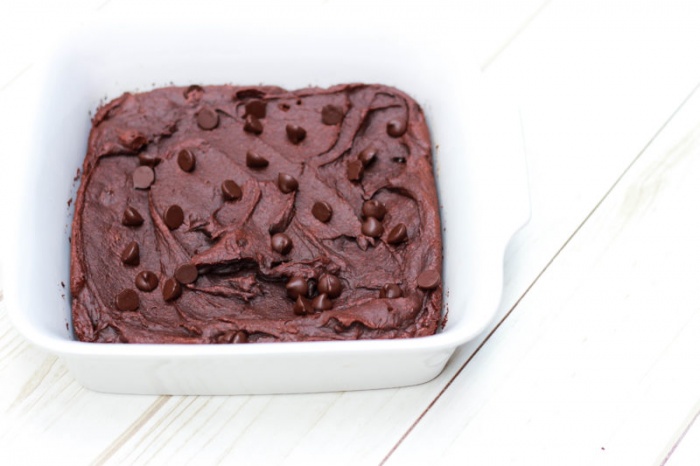 I’ve wanted to recreate those for a long time, and it was finally my chance. 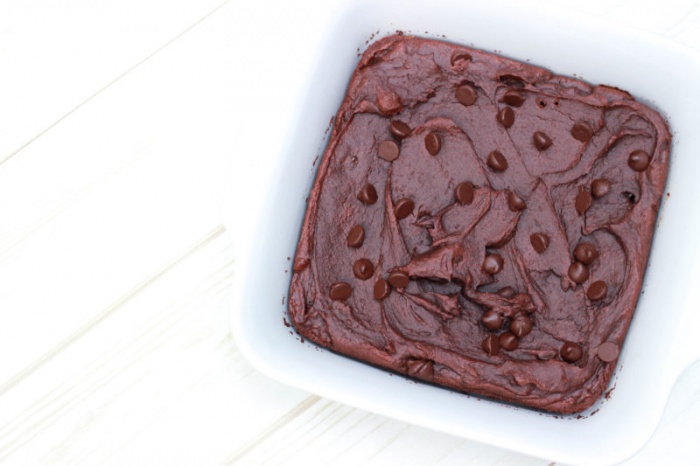 After I finished making all of the recipes I planned on, I only had a few ingredients left to work with. Since the brownies were just going to be for my uncle, I wasn’t too worried about it. I would make due with what was left. As I’ve mentioned, my cabin is literally in the middle of nowhere, so there’s not a grocery store anywhere nearby to get more baking ingredients. 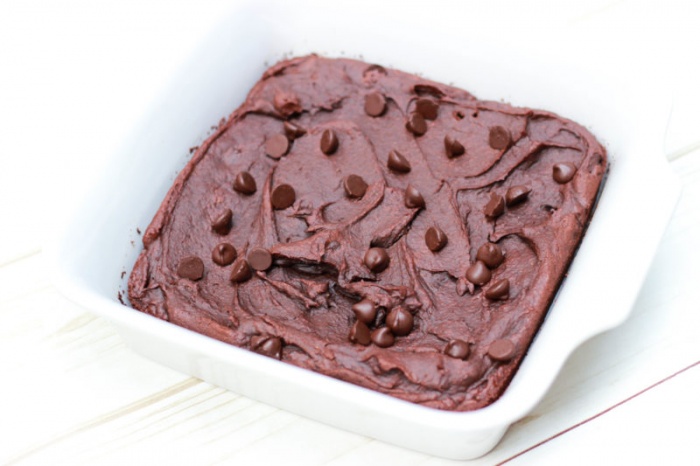 One of the things I ran out of? Flour. Of course. I was excited about it, though. I’ve always wanted to make a flourless brownie or cake, but I never had a reason to. Here was my chance! Whenever I think of a flourless baked good, I imagine something really dense and rich – and that’s exactly what I was going for. 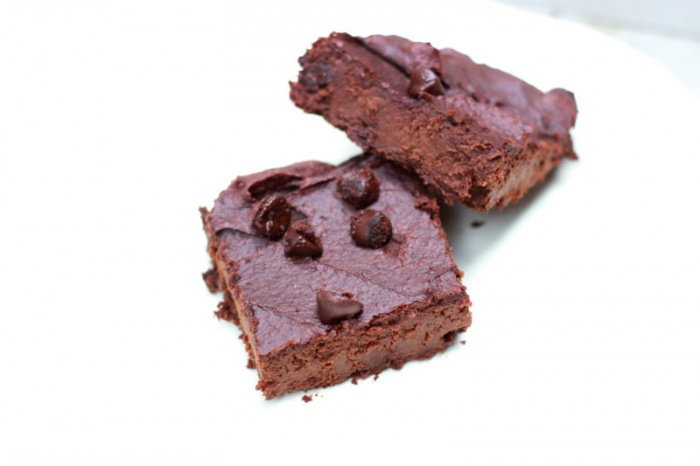 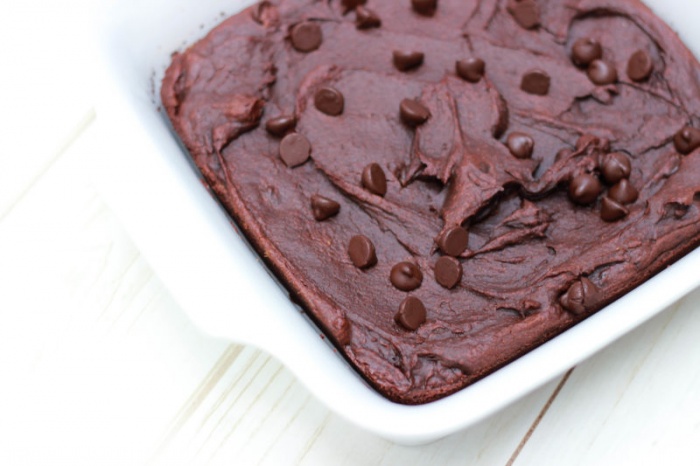 Even though I didn’t have any flour left, I did have part of a can of pumpkin. It was either going in these brownies, or it was probably going to end up in the trash. You know I believe in NO FOOD WASTE, so I decided that these were just going to have to be pumpkin brownies. 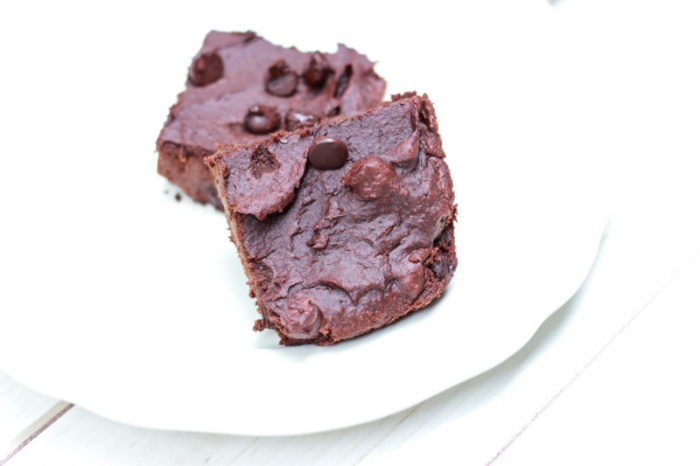 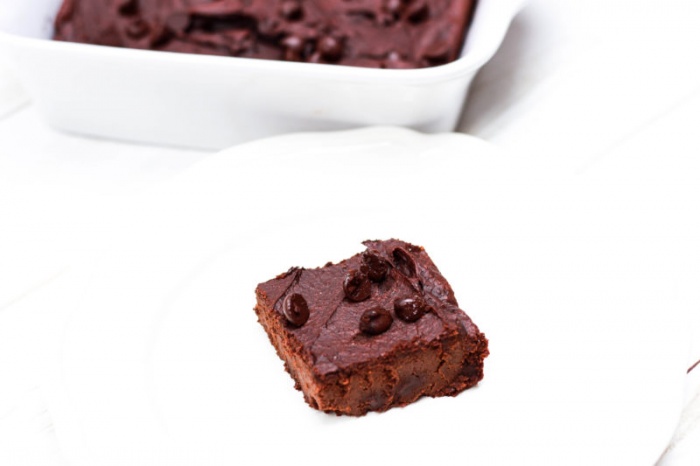 A few simple ingredients later, and these magical brownies were born. That’s what I love most about them – they are so simple. 6-7 basic ingredients. No flour needed. Does it get any better? 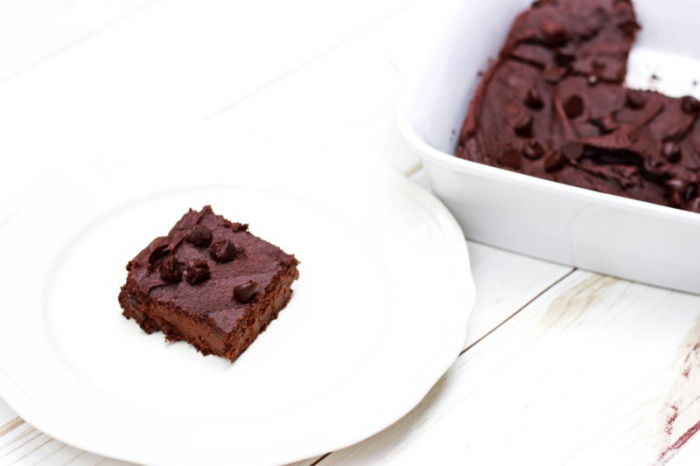 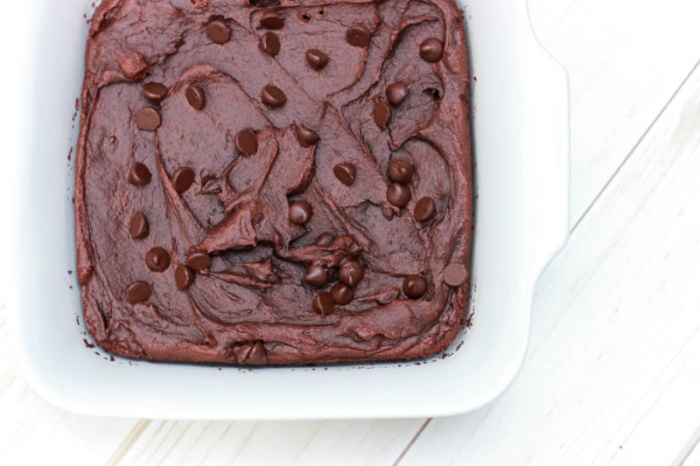 They’re the exact texture I wanted – fudge without being actual fudge. I’ve talked about this before, but when it comes to brownies, I’m team fudgey. Some people prefer cake-like brownies, but that’s not my style. 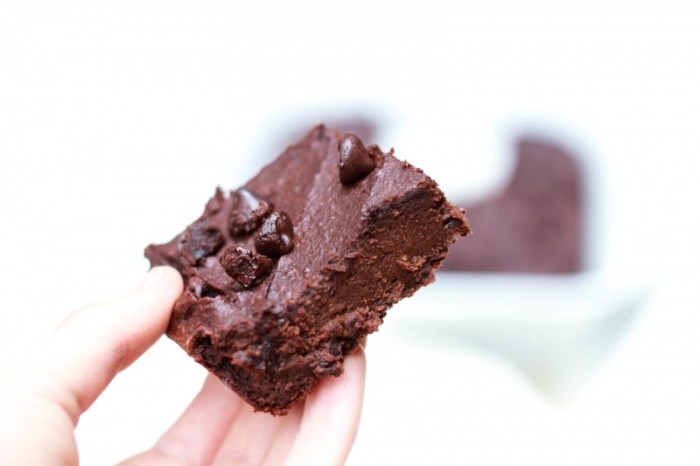 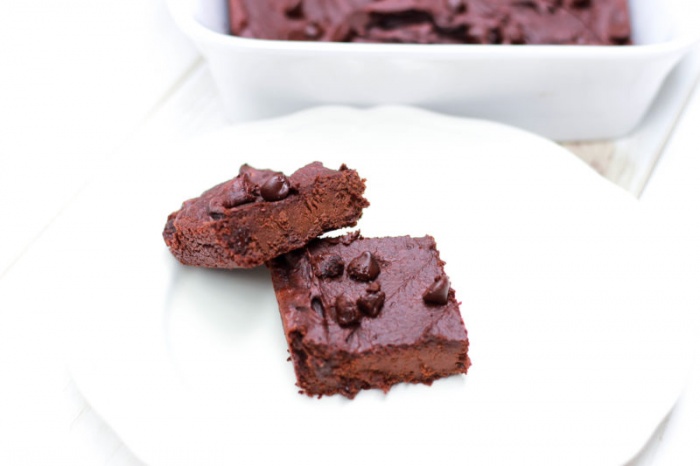 My uncle enthusiastically approved of these, so I gave myself a huge pat on the back. If the chocolate king himself gives a big thumbs up and asks for more, then we’re in business. Especially when his taste buds are accustomed to artificially flavored chocolate lava cakes. 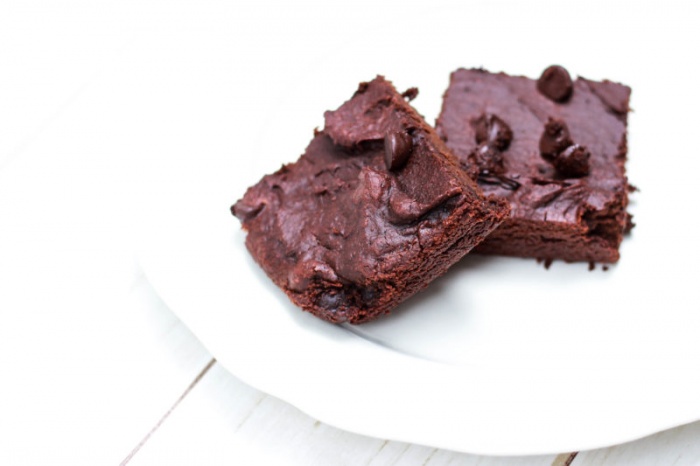 These can be modified in a few different ways in order to fit most people’s dietary needs! If you’re low-carb or following a ketogenic approach, use monkfruit sweetener instead of coconut sugar. If you’re AIP, you can replace the cocoa with carob and the almond butter with coconut butter. In general, feel free to sub another nut butter if you want! I like to stick with almond butter though, because it’s easiest on my wallet and easy to work with in terms of texture. I also think it pairs the best with the pumpkin flavor. 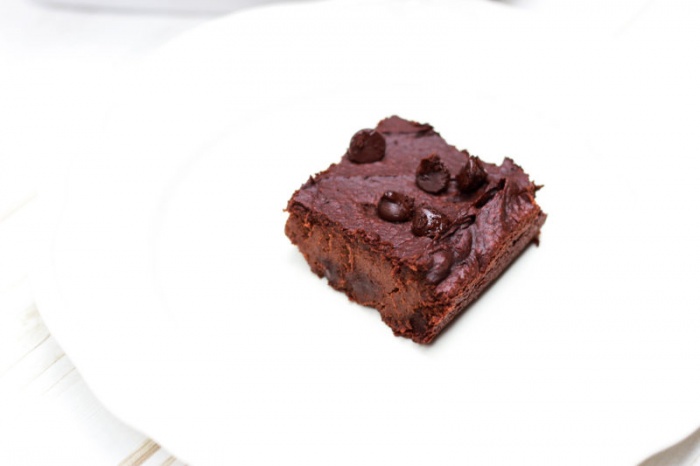 If you love pumpkin and you love chocolate, I highly recommend you make these immediately! They are so simple to whip up, and they taste incredible. They’re gluten-free, dairy-free, paleo, vegan, egg-free, and flourless, and they can be made low-carb/AIP-friendly. In other words, a treat everyone can enjoy! 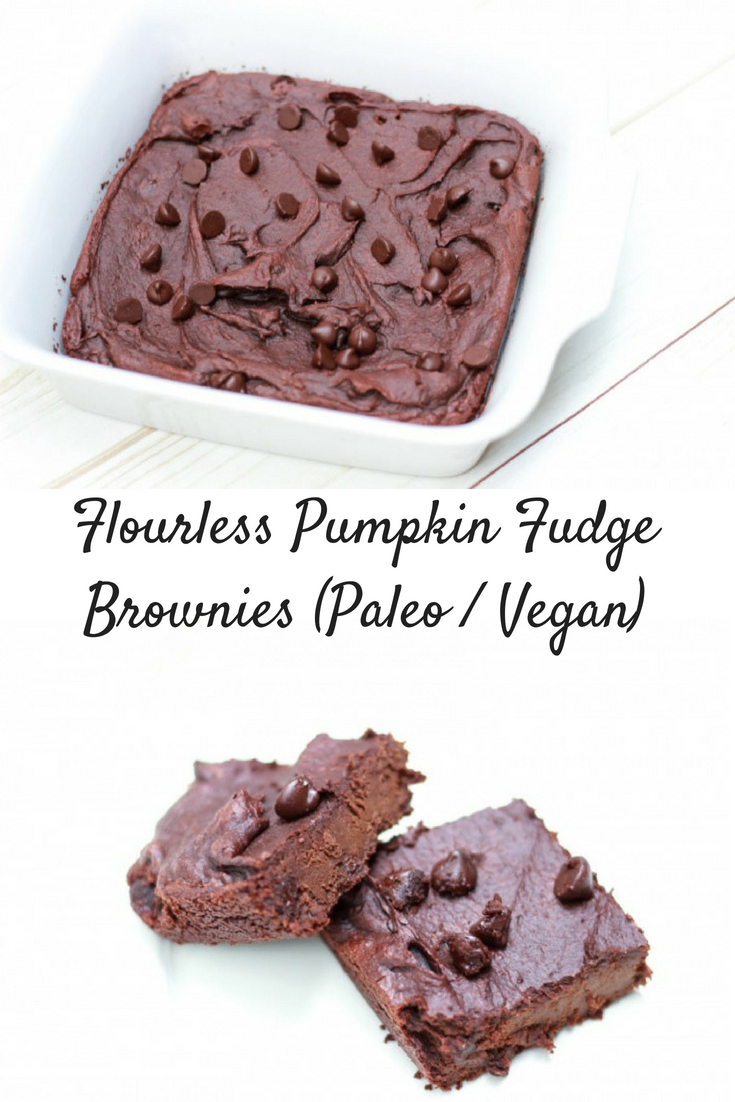 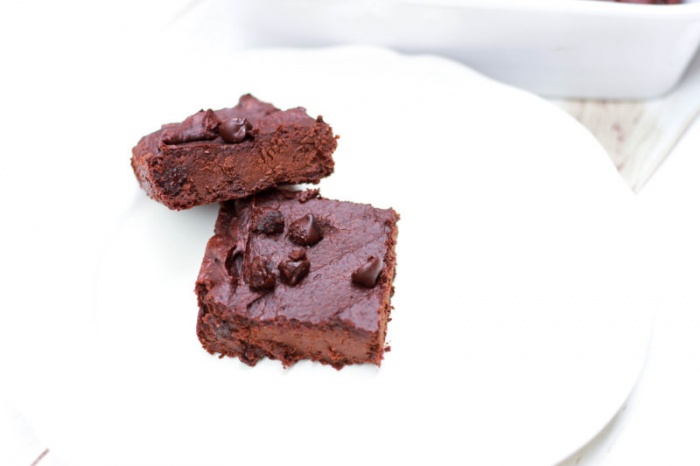 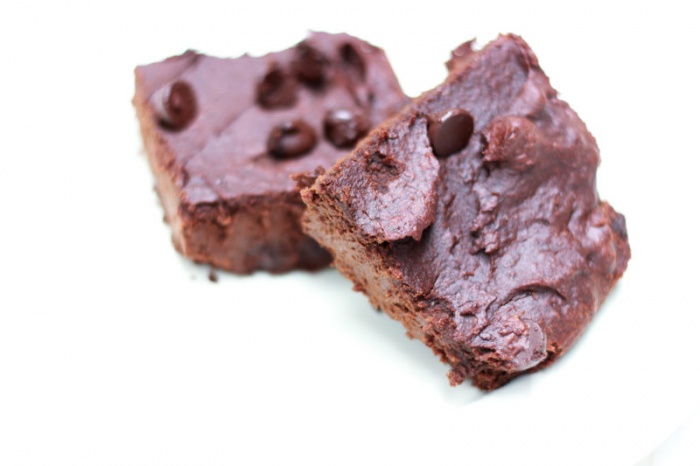 If you make these, be sure to tag me in a photo! And if you have any requests for pumpkin recipes this season, I would love to hear! 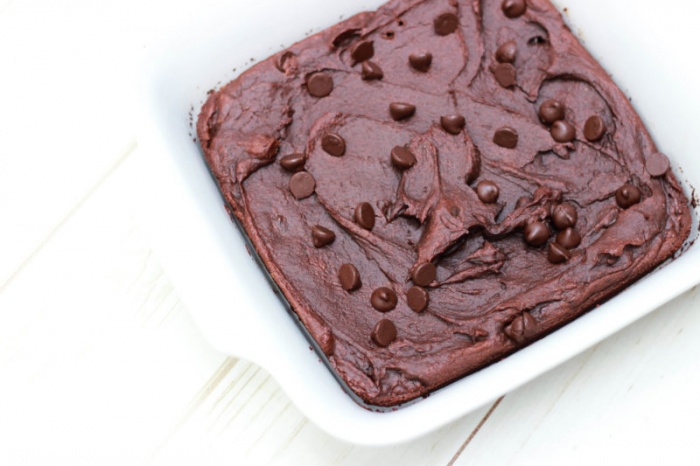