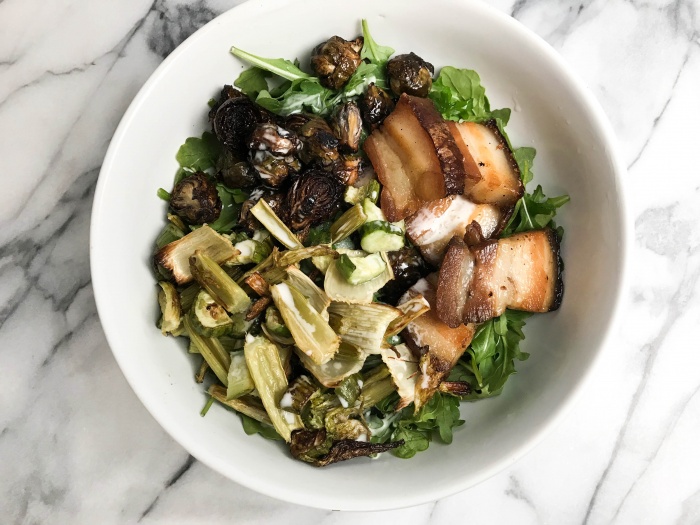 **This post was written at the beginning of 2018 (I used to write posts about my health protocols as I went through them, so those posts are more time-dependent), and since writing this, these health issues have been resolved. I am grateful for these experiences as they inspired me to become a Nutritional Therapy Practitioner and health coach myself. Please remember that this post is not current – it was just a documentation of my experiences at the time.**

I’m smiling ear-to-ear as I write this. Part of me thought I would never actually write a post like this. I hoped I would, but a small part of me also didn’t really know.

After almost a year, I have finally gotten rid of my incredibly stubborn Candida overgrowth!

If you’ve been a longtime reader, I’m sure you know that I’ve been on a protocol to heal my gut for almost a year now, but that I’ve been on other protocols on and off for the last three years for my gut issues. While I struggled with digestive issues my whole life, it wasn’t until the end of my sophomore year in college that things took a turn for the worse and I started actually addressing it. From then on, I’ve been on some kind of “protocol” to address different problems. First Candida overgrowth, then malabsorption and general leaky gut, then SIBO, then new bacterial overgrowths, and then candida overgrowth again. All at the same time as the carbohydrate intolerance, insulin resistance, yada yada. It seemed like every time I got rid of one problem, another one popped up. That tends to happen when addressing these types of gut issues, but it usually doesn’t drag out for this long. 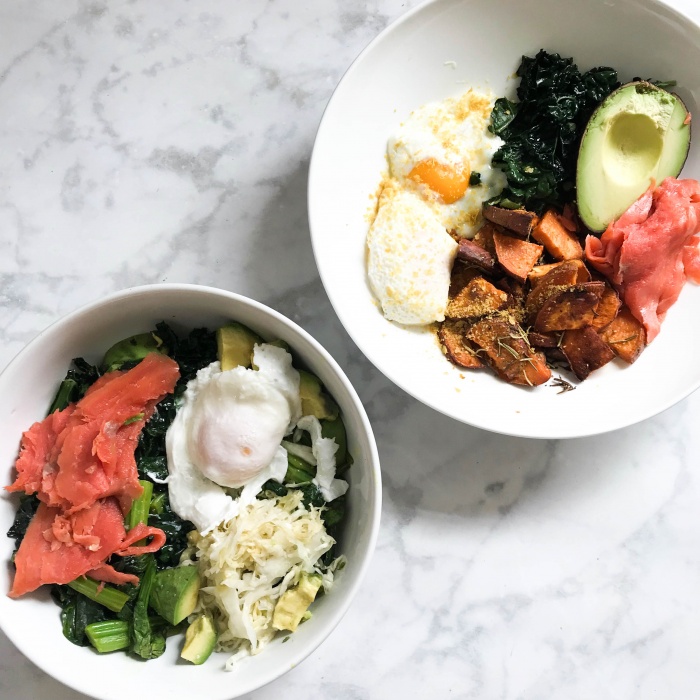 My most recent bout of Candida overgrowth was definitely the most aggressive. We went after it with an intense protocol at first with the intention of completely squashing it, and I was very frustrated when I got results back showing I still had Candida after that first six months. There I was again – back to eliminating foods I was sensitive to and still on the Candida diet.

I am honestly very proud of myself for sticking with all of this for so long and not giving up. In the past three years, there have probably been three months total during which I wasn’t on a Candida diet. During that time, I went low-FODMAP, keto, SCD, etc. as well, and also eliminated different food intolerances for months at a time. My point is, I had gotten very used to always being on some type of protocol. 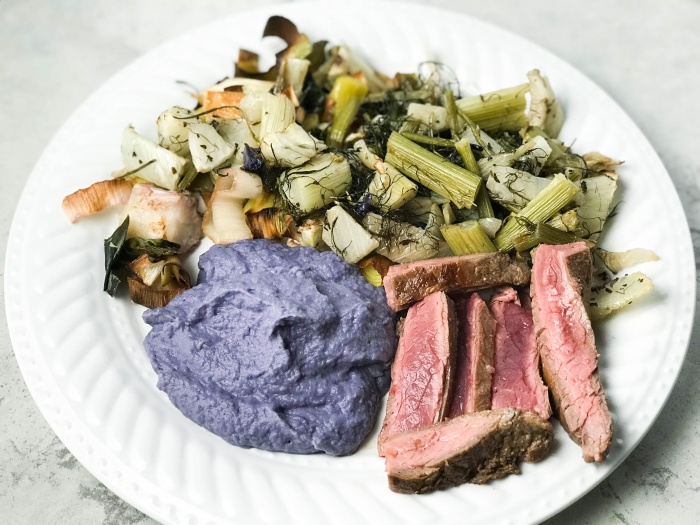 It made me appreciate food a lot. There’s not much I really miss in terms of actual food, but what I did miss was convenience and flexibility. It can be incredibly frustrating to not be able to have lettuce for a year, because salads are one of my go-to’s at most restaurants when eating out. Or… not being able to have olive oil. That eliminated most of my choices if I wanted to ever eat out with friends. That sort of thing was hard, but I made the most of it. It taught me to be creative in the kitchen, to try new foods I hadn’t eaten before, and to really appreciate the foods that weren’t causing me any gut issues.

It’s also not that hard to stick with when you recognize how much better your body feels. Nothing is more motivating than actual results. 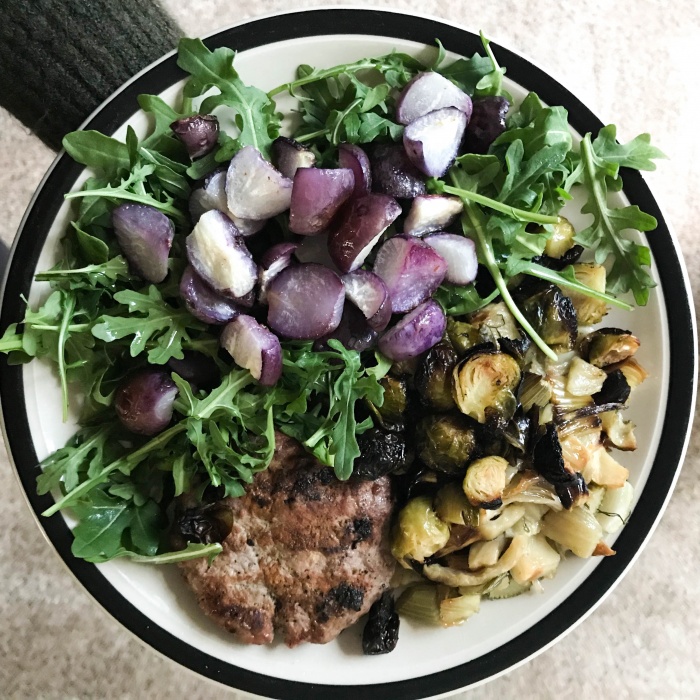 It’s been a very long road, but last week I finally got my retesting results back, and it showed that my Candida overgrowth was finally gone. I can’t even believe it. I do, however, still have a small bit of yeast overgrowth (not Candida, though) and a bacterial overgrowth. While most people would consider this to be  not that successful, it’s a huge success to me. The Candida was the one that wouldn’t go away, and I finally got it! It’s pretty common for other bacterial imbalances to pop up when dealing with things like this, so I’m not surprised. In my eyes, the bacterial overgrowth isn’t too big a deal.

I do still have a few symptoms, but those should be cleared up once I address this last bacterial overgrowth. There are certain times when I still struggle with bloating, undigested food, a really aggressive appetite, and small bouts of constipation if my diet deviates from my norm. Generally, though, I feel great. I definitely feel better than I ever have in my whole life. I know my symptoms right now would be things that most other people wouldn’t even notice, but I’ve come so far that I want everything to be exactly on track. 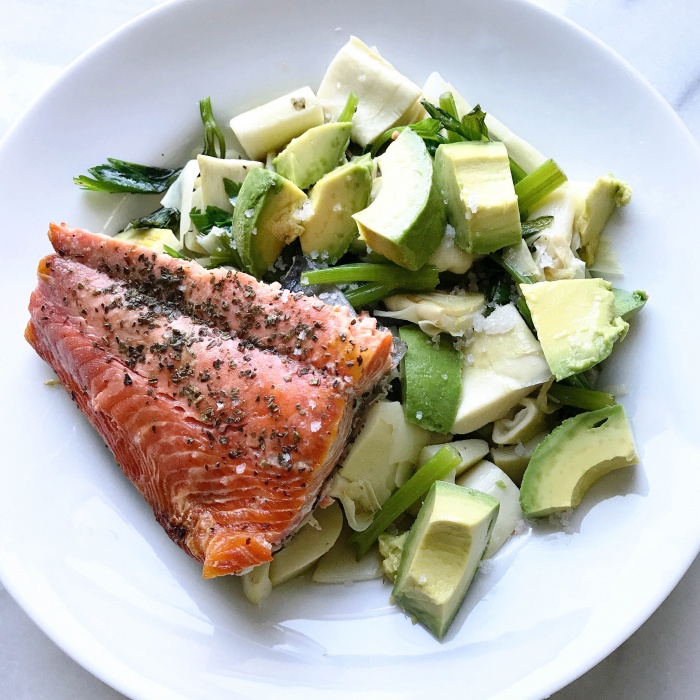 Other than that, my stool test results look better than they ever had before. It was pretty much all clear, and my inflammation markers are lower than ever. That means that, finally, nothing in my diet is causing inflammation! Besides that one bacterial overgrowth, my gut flora in general is very robust, so I’m proud of it. You know I’m all about that #guthealth.

The plan from here is simply to get that last bacterial overgrowth in check. It’s pretty straightforward – I’m going on a little 3-month protocol with a few supplements, and I’ll still be on a Candida diet. Like I said, to me, no big deal. What I’m most excited about, though, is that I am finally going to add all of the foods the MRT showed I was intolerant to back into my diet. I’ve already added in a few that I was really missing, like olive oil, zucchini, and walnuts, but I stopped when it came to the foods that I showed a sensitivity to on multiple tests in a row – turkey, lettuce, and sweet potato. I already tried turkey and everything went well, and lettuce (don’t worry, not romaine — I know there is an e.coli outbreak) is next on my list. Since I don’t have Candida, I’m also adding mushrooms back in, which I am so excited about. The only reintroduction that hasn’t gone so well is cacao / chocolate, but I also haven’t tried it completely unsweetened. I’m not giving up on that one and am very determined to add it back in… I’ll keep you updated. 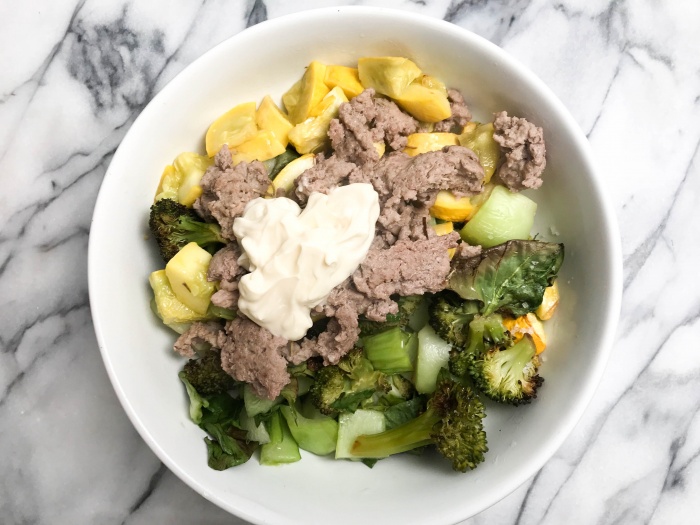 It’s not necessarily that I’ve been craving these foods because of their taste. Lettuce doesn’t really taste like much. What I have been craving, though, is the flexibility to be able to have them. I just want the option. Variety is important for physical gut health, but also for mental sanity. It makes my life much easier when I’m eating out or cooking with other people. I’ve also gotten really sick of spinach salads. 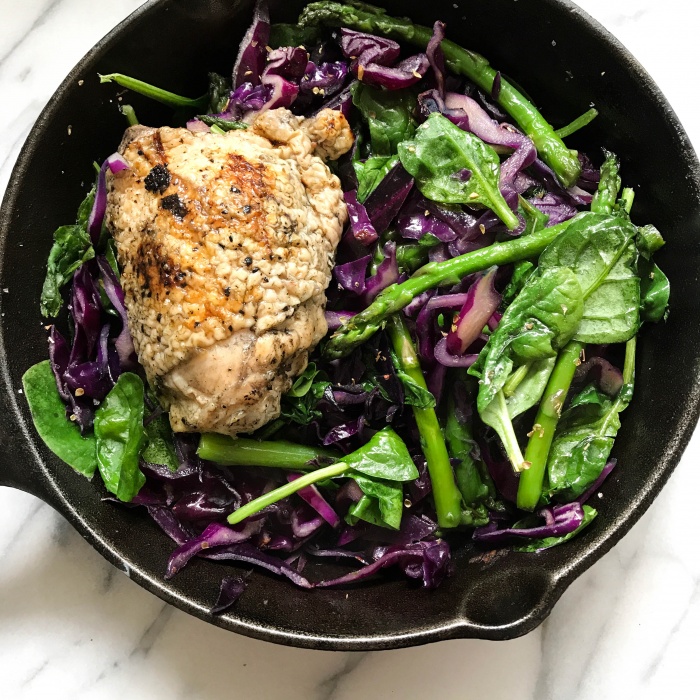 The other thing that I am ecstatic about is the fact that I am taking less supplements than ever before. Well, in the last three years. I had gotten used to a very involved supplement regimen, and taking a lot of pills. I always had to plan ahead, had to take 15 different bottles with me when I traveled, and felt like I didn’t absorb or digest anything if I didn’t take my pills. I’m only taking about 6-7 different supplements now, which is basically nothing compared to what I am used to. I can go out for a meal and not have to pack things ahead of time. I don’t have to plan my day around taking supplements at specific times, X amount of minutes away from food or with food. I hadn’t realized how much thinking it all required, and how it really did take some time out of my day. All of the gut healing work I have done so far has been well worth it and I wouldn’t change anything. Now, I just appreciate the flexibility even more. 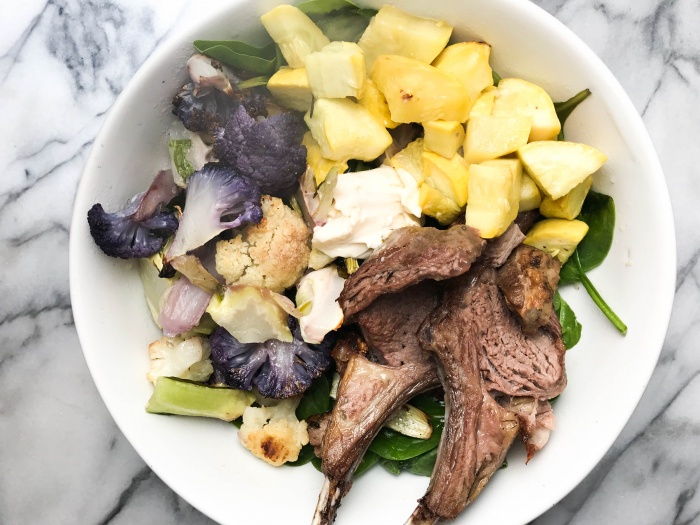 After getting the test results back and finding out I could cut out a lot of my supplements and add foods back in, I realized that I had sort of just accepted the “protocol life” as normal life – that was my way of coping. I was in it for so long, and I could never really see the light at the end of the tunnel. Obviously I stuck with everything because I believed it would work, but I just didn’t know how long it would take. Instead of stressing out about when it would end, I just accepted it as my present and went with it. In doing so, I kind of forgot that it would actually end. I also felt like the people around me had gotten used to me always being on some kind of protocol and assumed I would never get off of it either, since things had been going on for so long. With all of that in mind, it feels surreal to know that I am actually on the last leg of this.

Of course, there is no way to truly know that, but I am manifesting it. Manifest with me!

It’s the last part of the road. 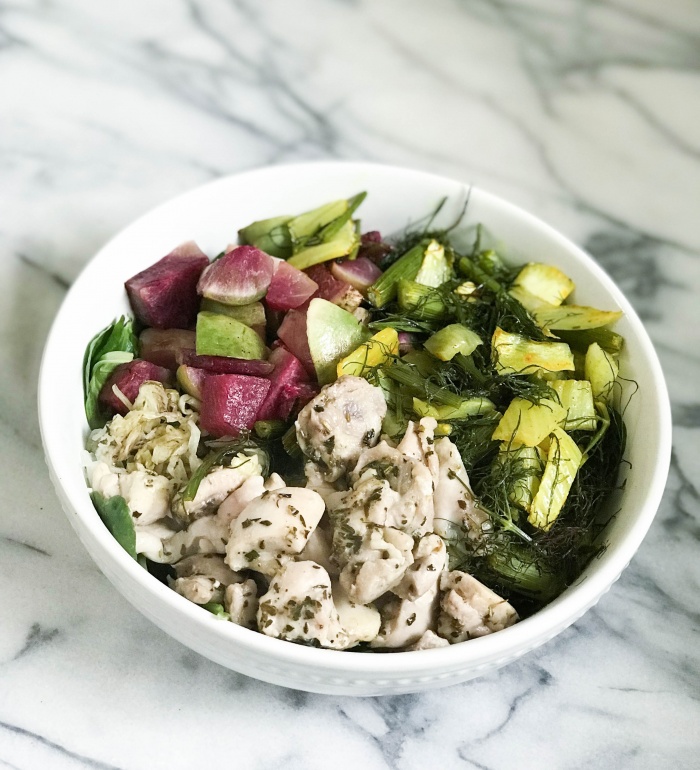 If you’ve been following along on my gut-healing journey, thanks for joining in on the ride. I hope this gives hope to all of the other people out there in similar situations, because I know so many of you are. No matter how long your healing process takes, it is well worth it. Even if you feel like it will never end, it will if you stick with it and put in the work.

There was a time in my life when I truly never believed it would get better. There have been many times during this process that I thought I was destined to have chronic Candida forever, that I would just have to accept I would always have gut issues, that I would have to take 50 pills a day for the rest of my days on this Earth, and that I would never get off of a protocol. I felt defeated at times, because it’s really frustrating when you’re doing everything “right” but still not seeing results as quickly as you’re supposed to. Things turned around, though, and I am so grateful. I think that sticking with my protocol, adjusting it as I did more research and learned to listen to my body, taking things moreso into my own hands than I ever had before, making a lot of lifestyle changes, and addressing the emotional sides of healing truly did all work together to turn things around. My year-long bout of Candida is finally gone, so I believe in the process. I’ve been told by many practitioners that my case is one of the strangest and most stubborn they had ever dealt with, so if I can clear mine up — you can clear yours.

I really hope that my experience shows you how you can still live life, be happy, and not feel like you’re compromising anything even when you do have “limitations” for a period of time in order to heal. Healing is worth it. Good things come to those who wait!  🙂 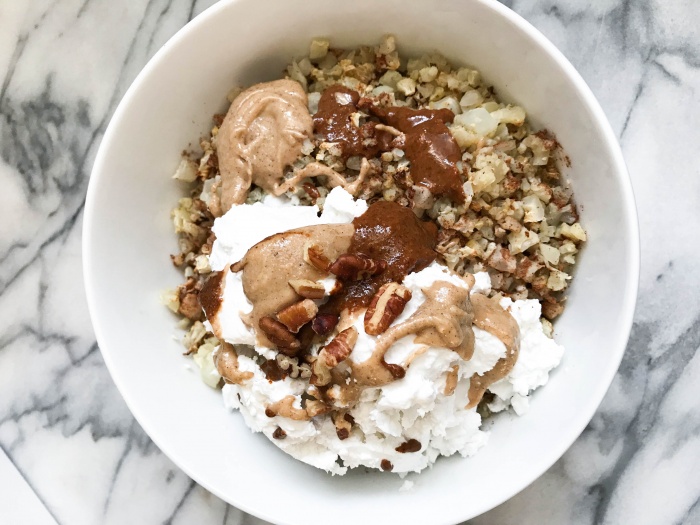