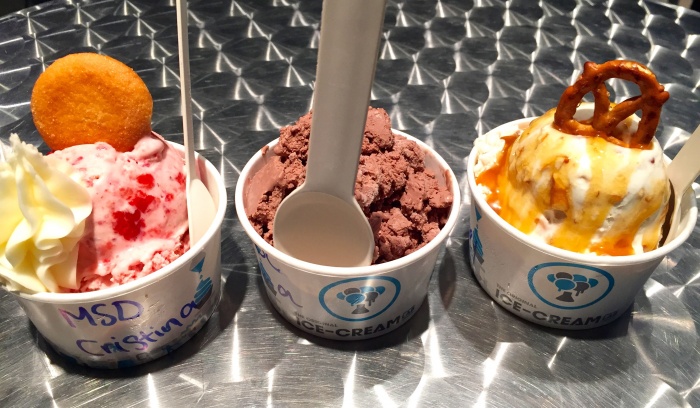 Today is apparently National Dessert Day, which means it’s basically a holiday created specifically for me. (Who even gets to decide it’s National Dessert Day…?) I didn’t know today was such a wonderful holiday until the world of Instagram and Twitter informed me, but it worked out perfectly because I coincidentally made my roommates a decadent chocolate lava cake last night right at midnight! So I’m either psychic or dessert is in my blood. Moving on. 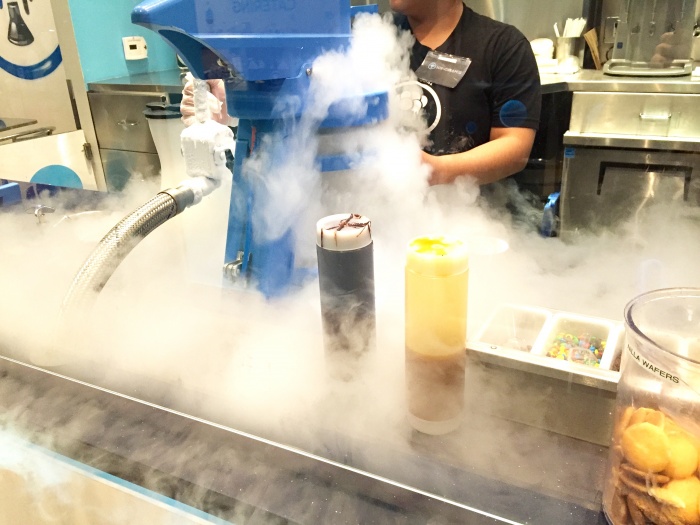 If you live in the LA area but haven’t been here yet, HOP ON IT GIRL! Especially if you’ve never tried liquid nitrogen ice cream. I love this place. 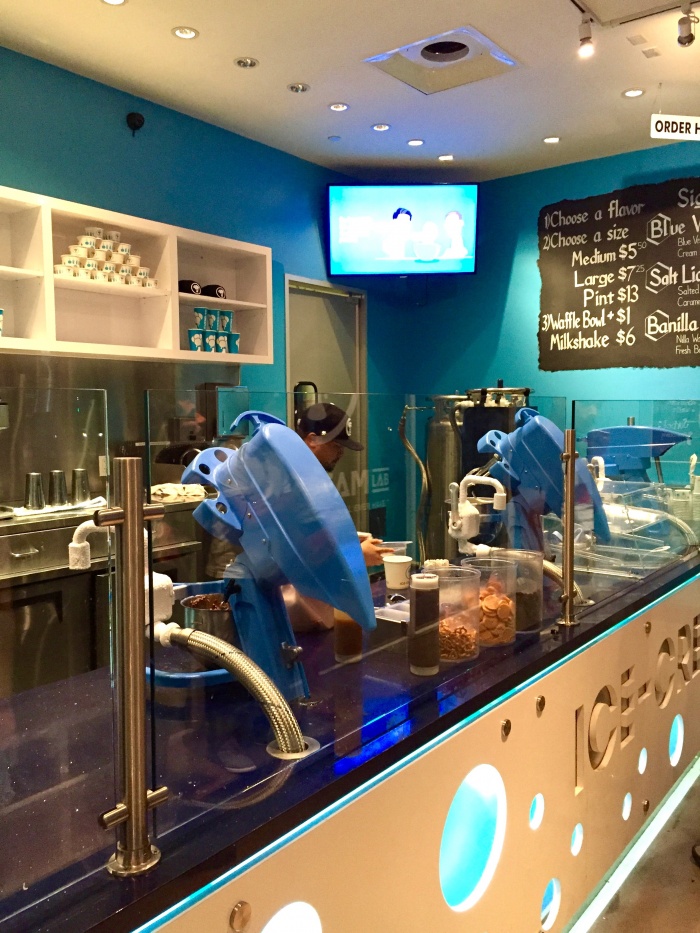 I’ve been to a few ice cream parlors that serve liquid nitrogen ice cream, but Ice Cream Lab is #1 on my list. The flavors are bomb. Blue Velvet, Butella, Cookies and Cream, and Banilla are some of my faves. Blue velvet cupcake, Nilla wafers, and Nutella – can you go wrong? 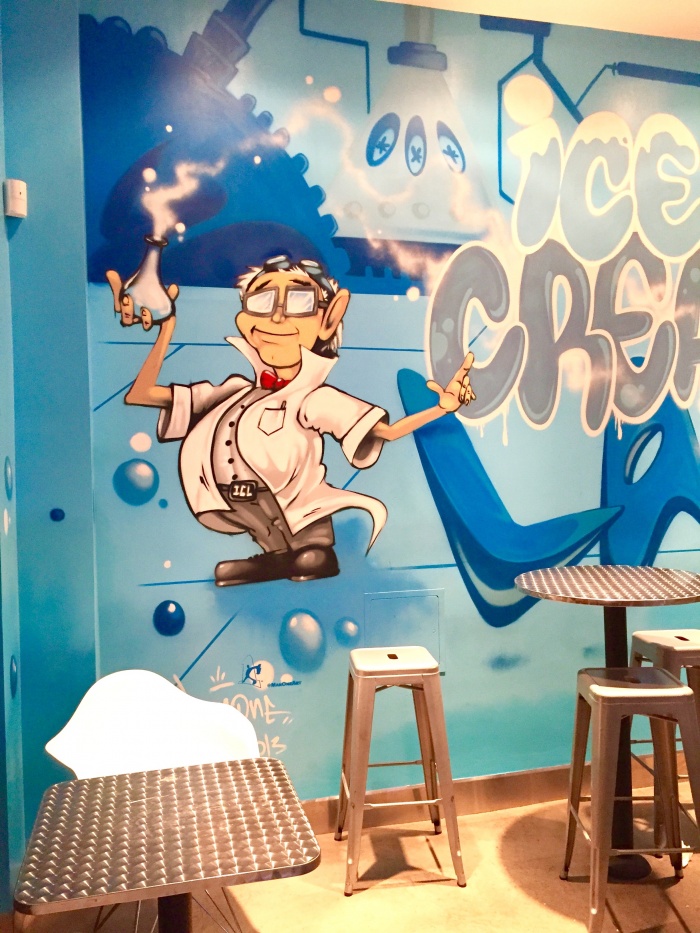 Liquid nitrogen ice cream is not the same as regular ice cream – I promise! It has a way better texture because it’s sooo much smoother than normal ice cream. I’m all about textures. It tastes fresher, creamier, and just real. The ingredients are all natural with no artificial coloring or preservatives, and they’re all Kosher (in case you were curious). You can taste the difference. They also have vegan options, so don’t let that stop you from the creamy goodness! This place has totally spoiled me & turned me into an ice cream snob. Baskin Robbins tastes like a pile of stale rocks compared to the real deal at Ice Cream Lab. If I can taste juicy, fresh strawberry chunks in my ice cream, I know I’m in the right spot. None of that artificial syrup crap.

I also adore liquid nitrogen ice cream because it’s just so much more exciting to watch your dessert created on the spot, right in front of your face. The little machine they use to freeze the ingredients emits a huge cloud of smoke, and you feel like a mad scientist is concocting a secret dessert just for you. Nom. Who doesn’t love some potion-making? 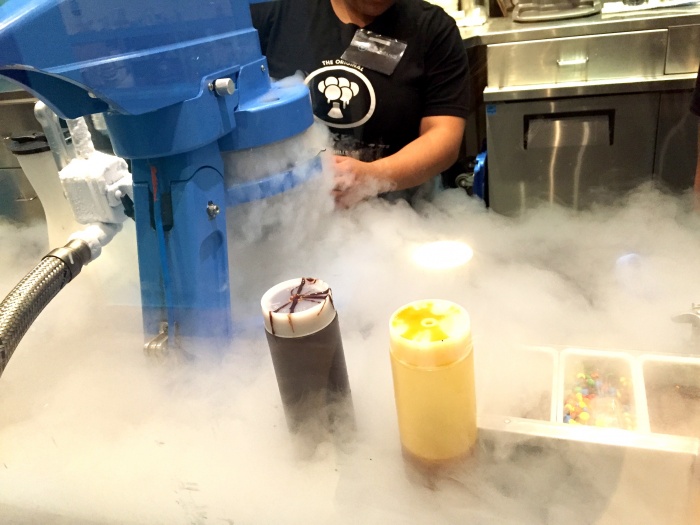 Ice Cream Lab keeps some flavors on the menu consistently, but they also rotate others in and out so there’s always a delicious new option. You won’t get bored here. Sidenote: I’m also slightly obsessed with their milkshakes. They’re so heavenly. 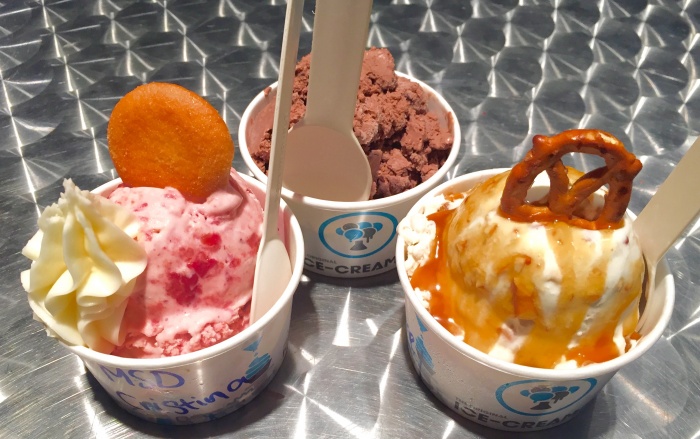 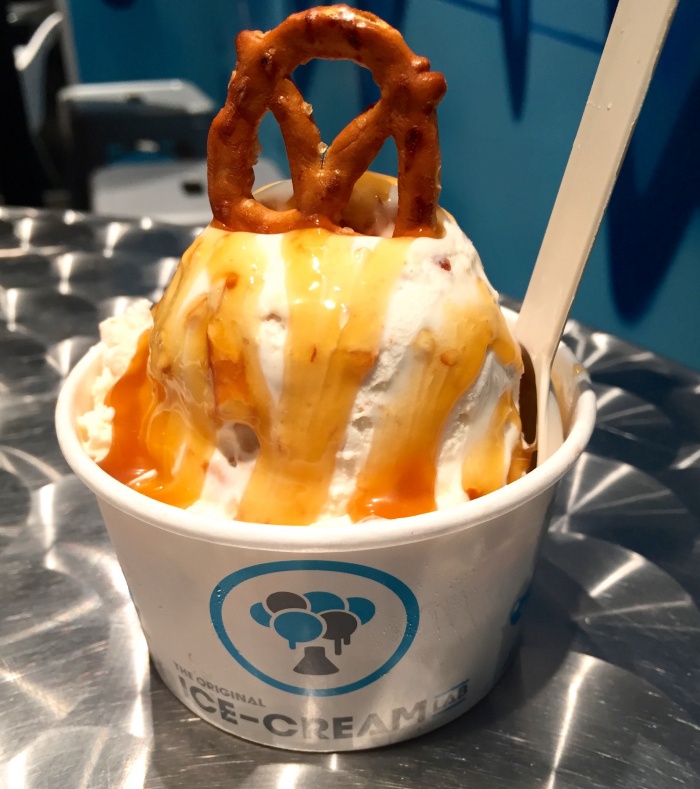 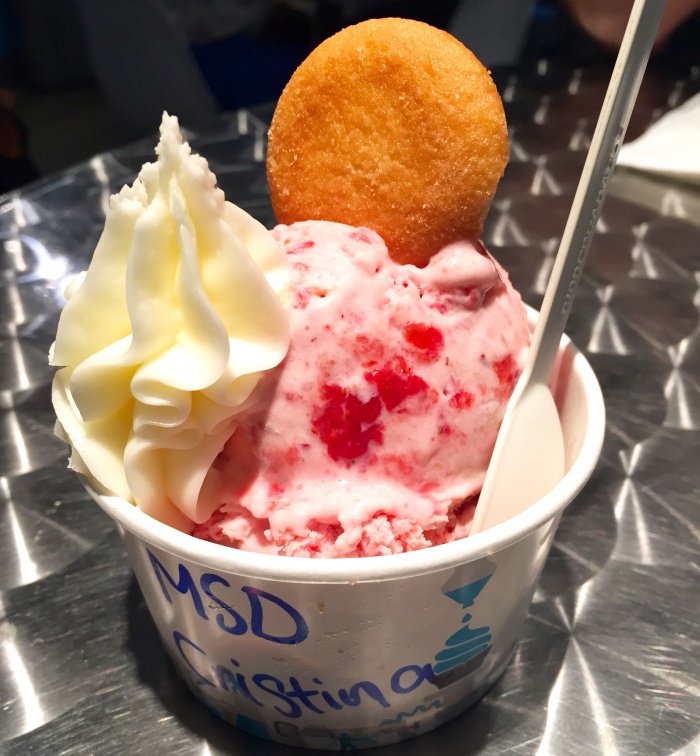 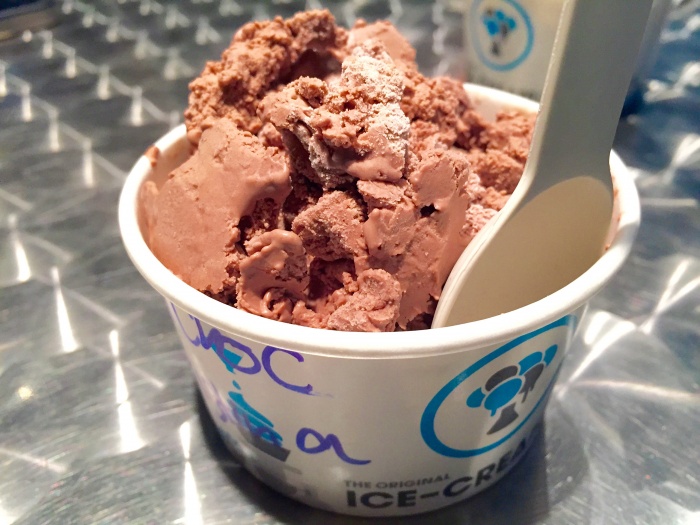 Beary Cinnful Horchata is currently on the menu and I have a burning desire to go try it. Ugh. #Lust

Verdict: Get your butt over to Ice Cream Lab – it is National Dessert Day, after all! Besides, it’s way too hot out to turn down ice cream, and it’s good to treat yourself every once in a while. 🙂

How did you celebrate National Dessert Day?! I would love to see pictures! XX