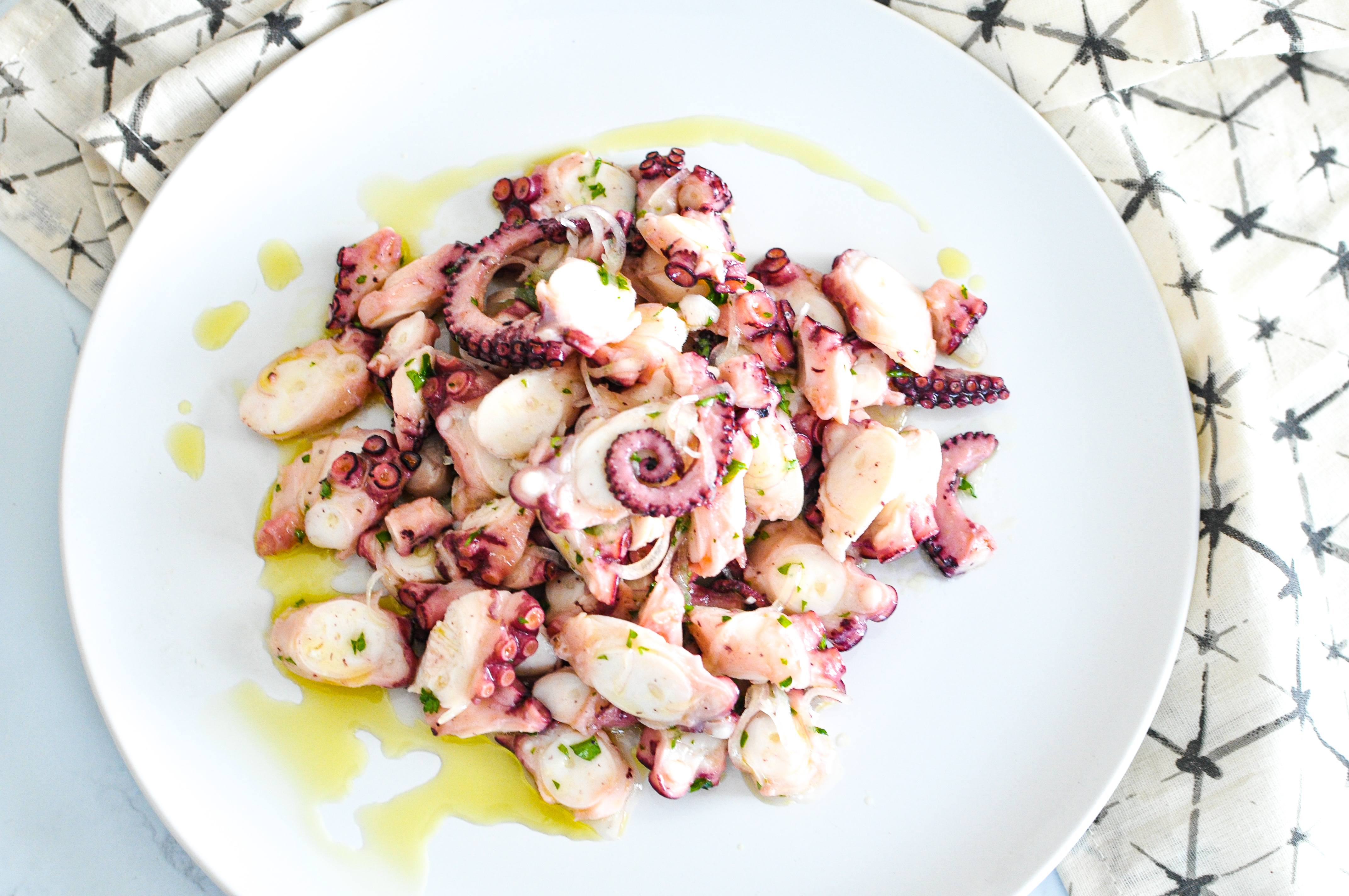 When it comes to seafood, octopus doesn’t get enough love. I hadn’t even tried octopus until about a year ago because I had preconceived notions about it, but I fell in love with it when I finally tasted it made right. 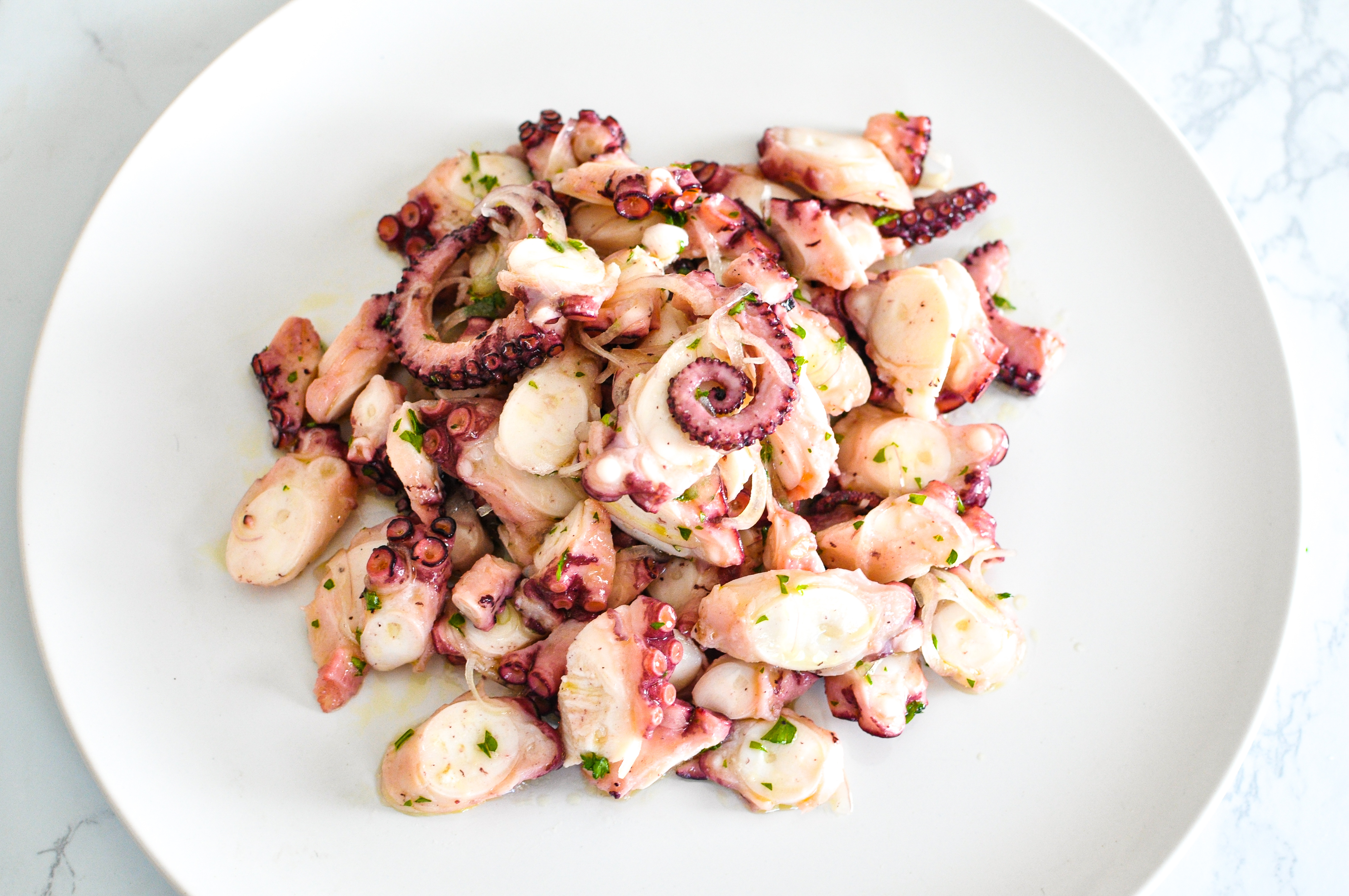 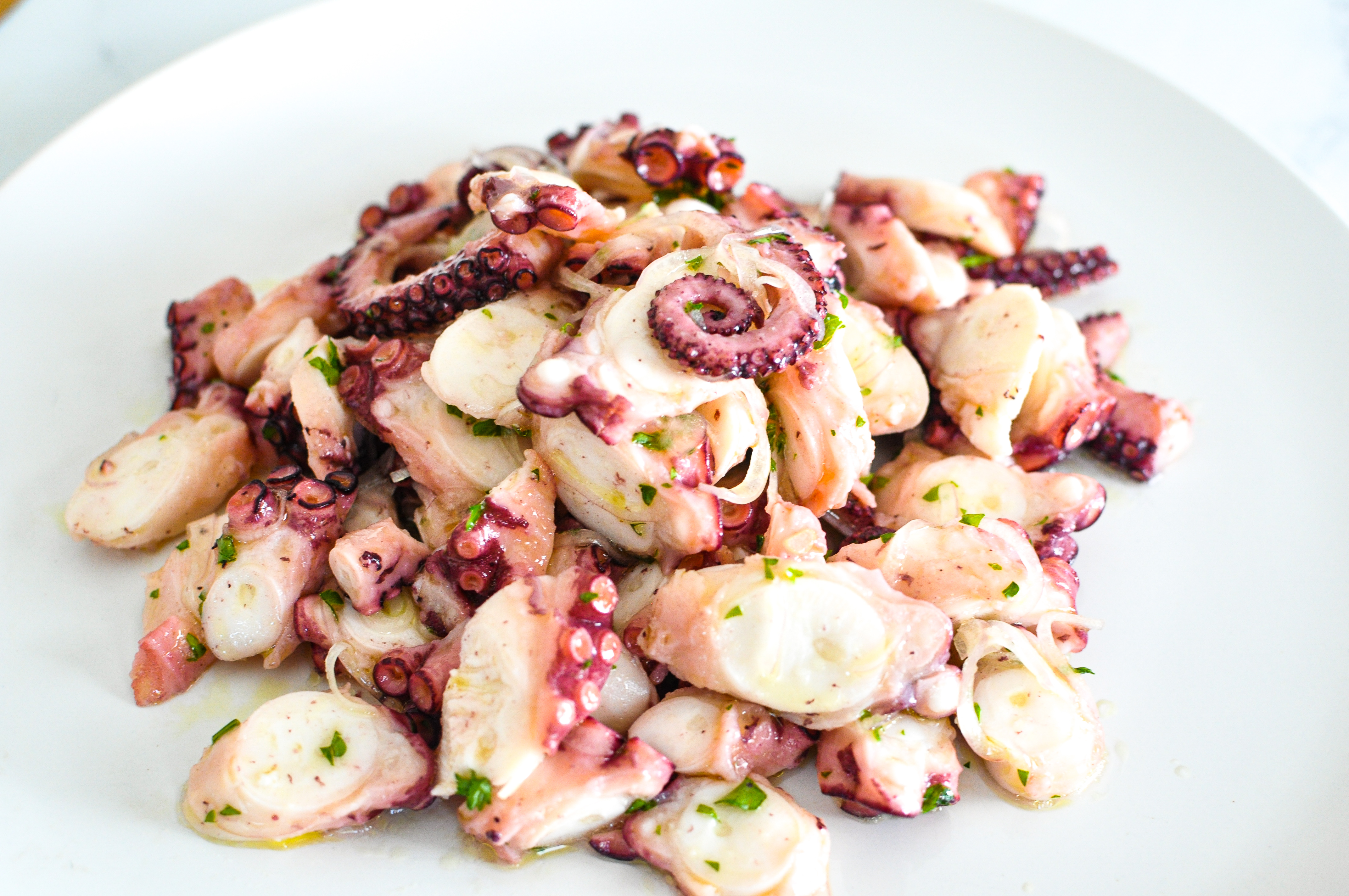 Most people think of a weird, unpleasant texture and bland flavor when they think of octopus, but it’s all in how it’s served. A good octopus recipe has a somewhat meaty texture and rich flavor. 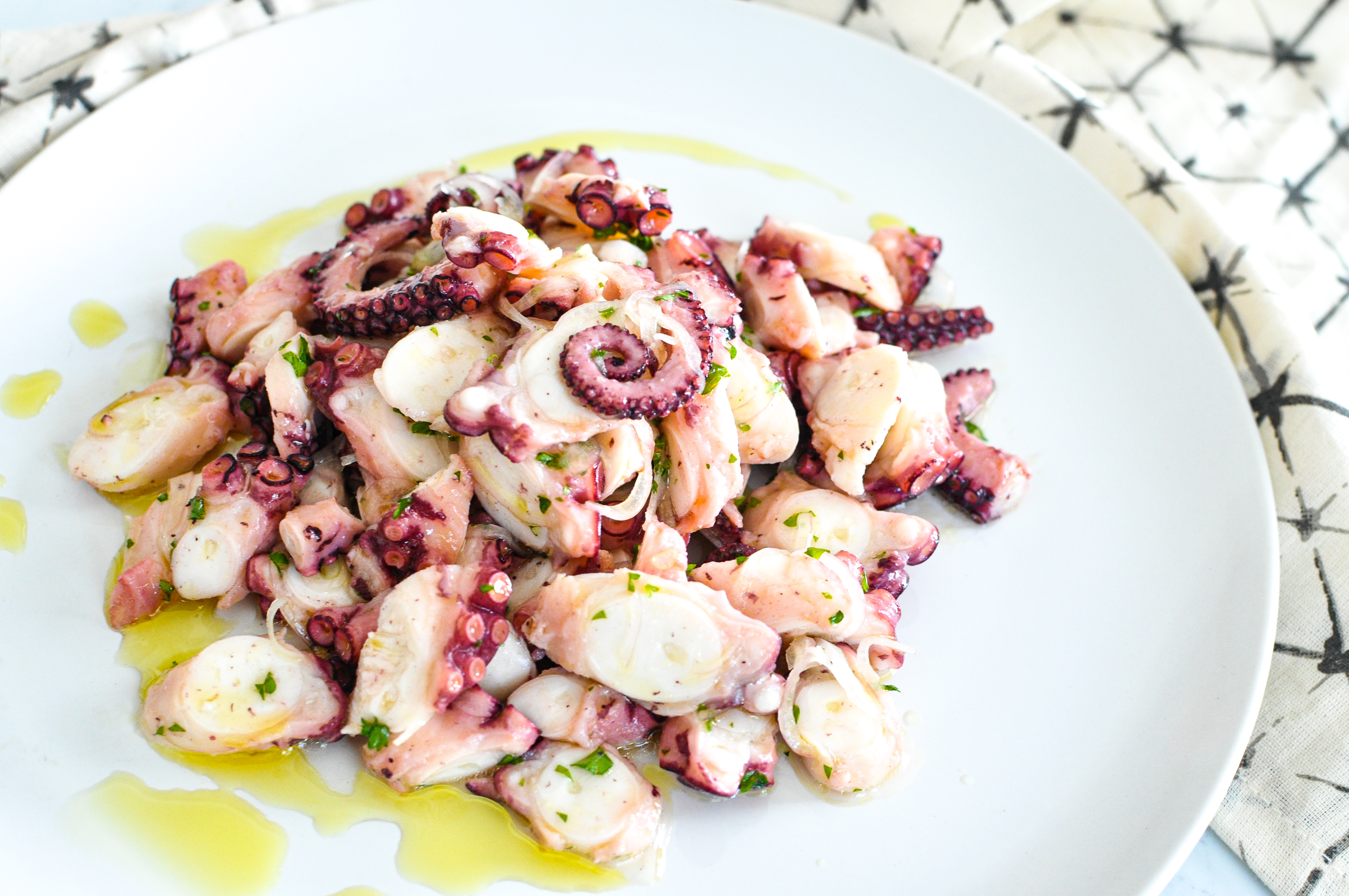 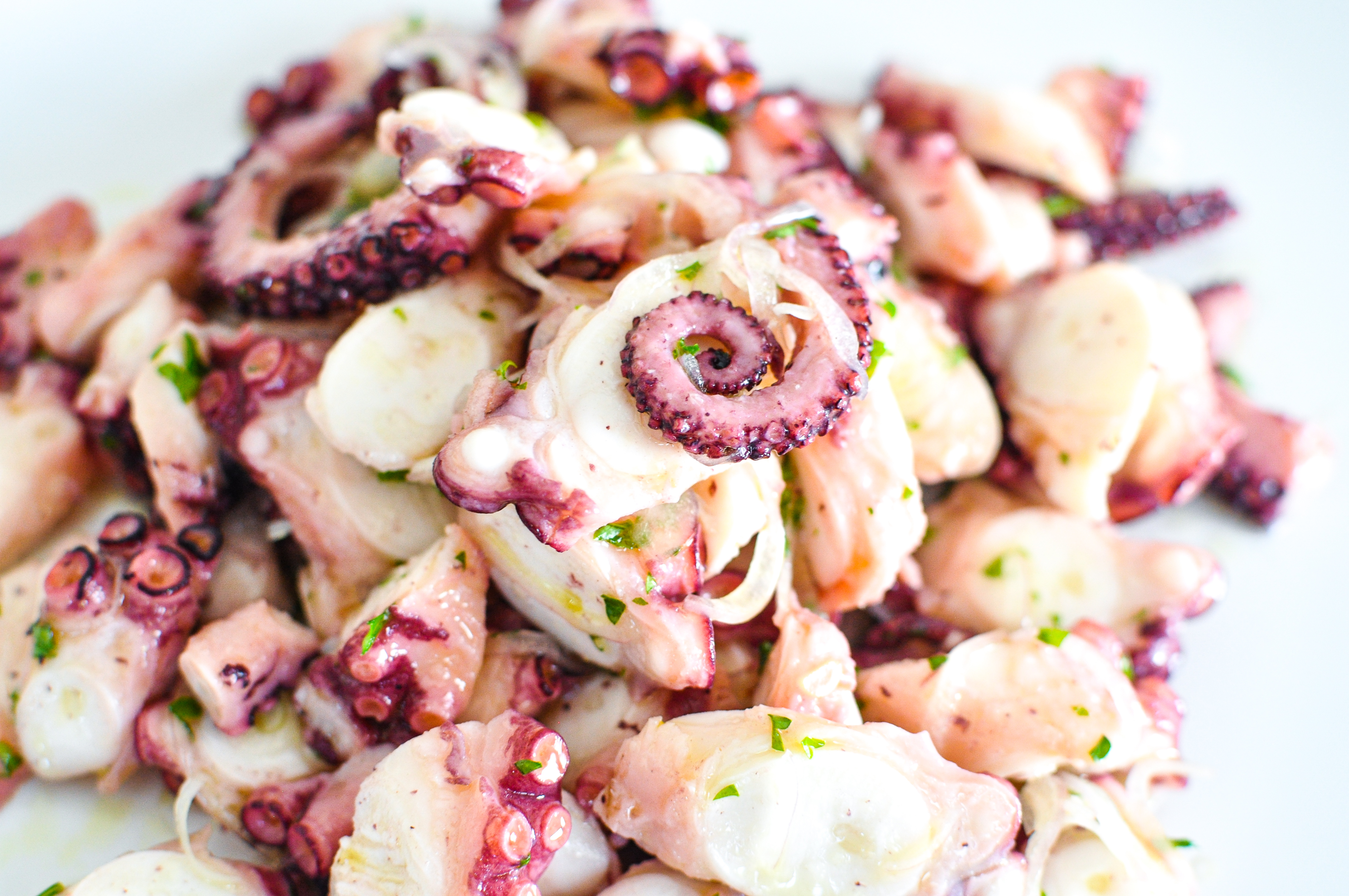 Personally, I haven’t really liked the octopus I’ve had at restaurants. The first time I ate octopus and loved it was actually at Erewhon Market in Los Angeles. I had never seen an octopus salad like that before, and the ingredients sounded interesting, so I gave it a go. Lo and behold, it was delicious. My opinion on octopus completely changed after that! 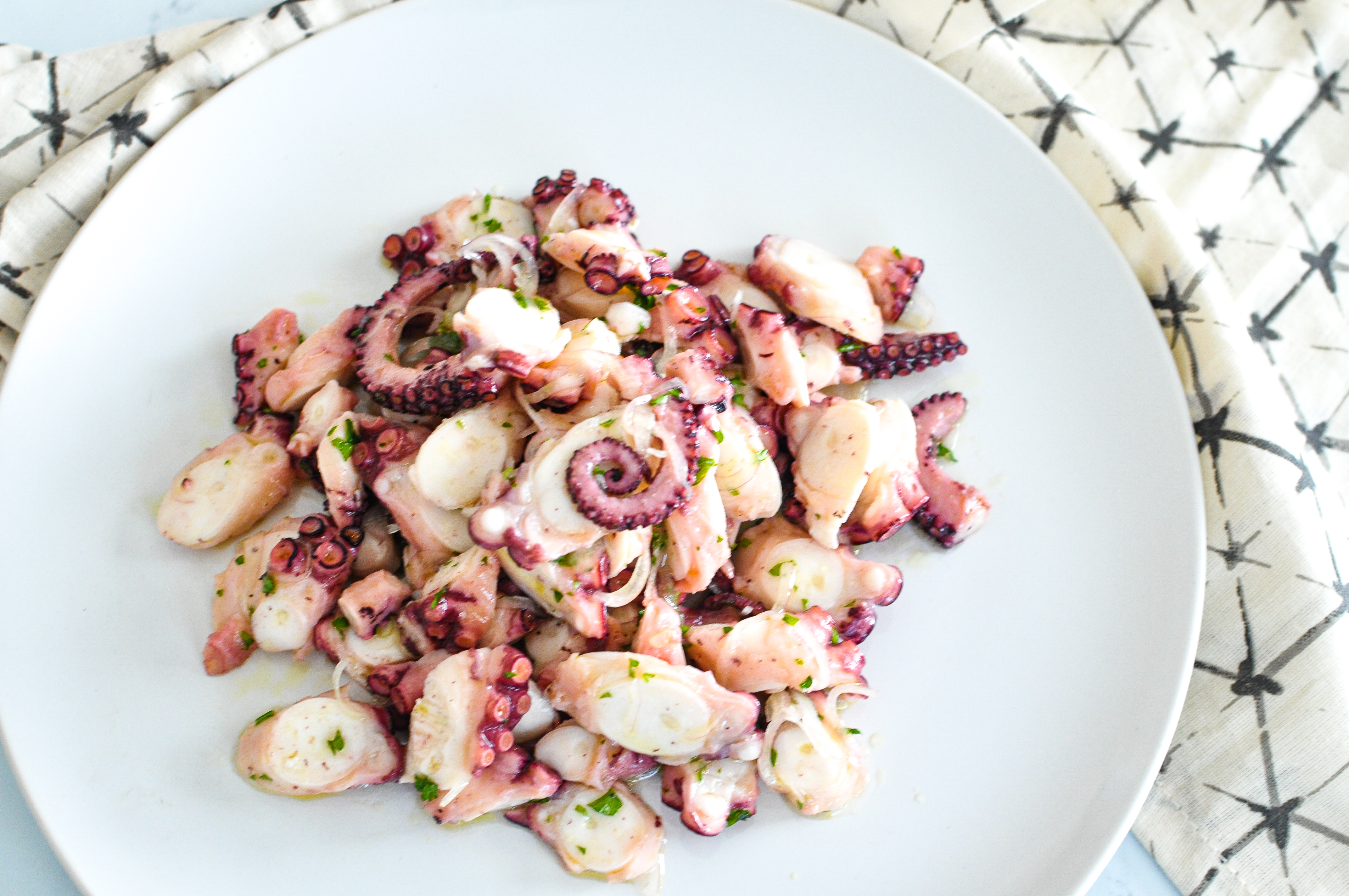 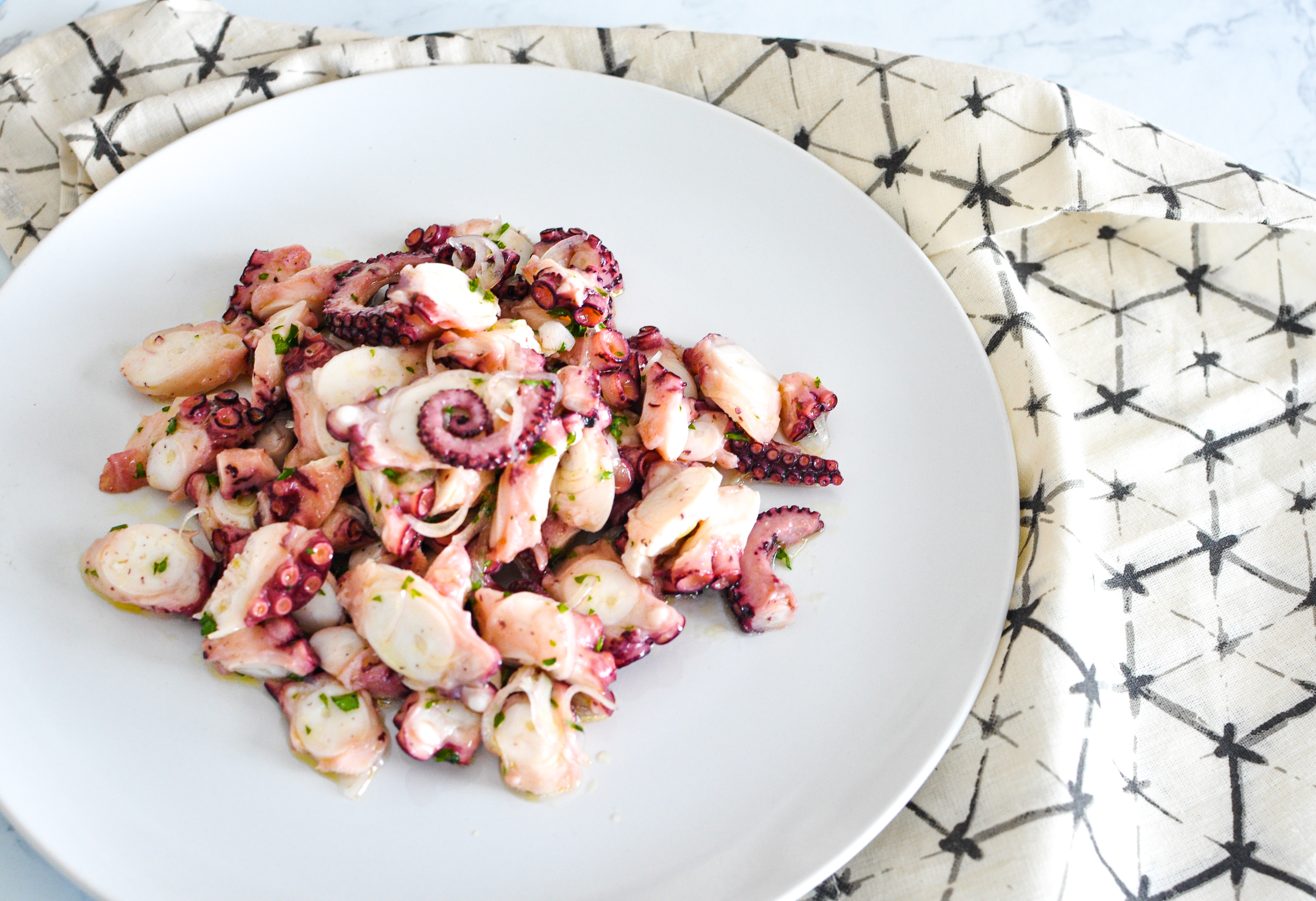 The key to a good octopus dish is dressing it up with bright flavors that really compliment it, and making sure it’s cooked well! Plain octopus isn’t really that exciting, but octopus in a “salad” is a whole new ballgame! 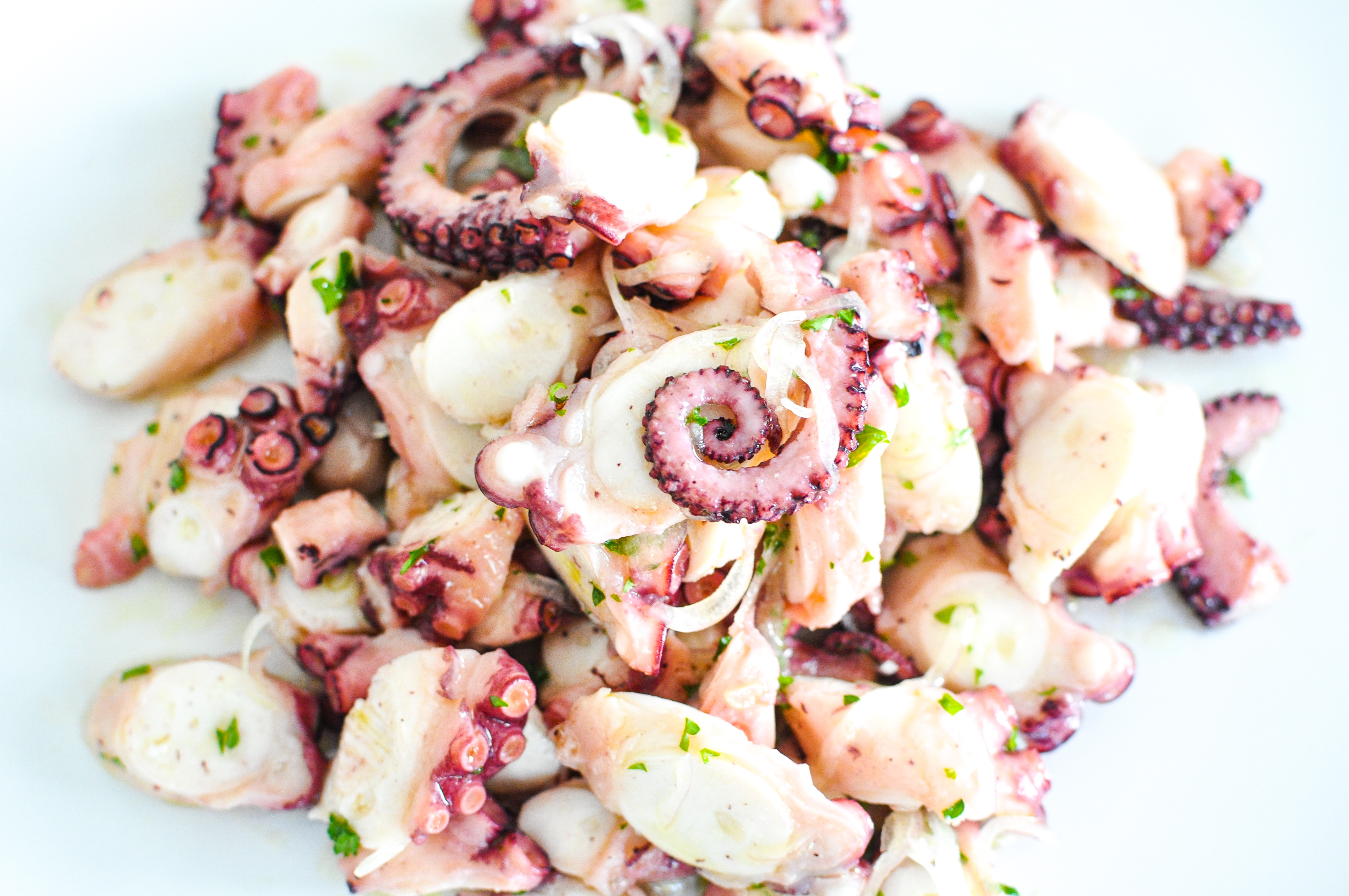 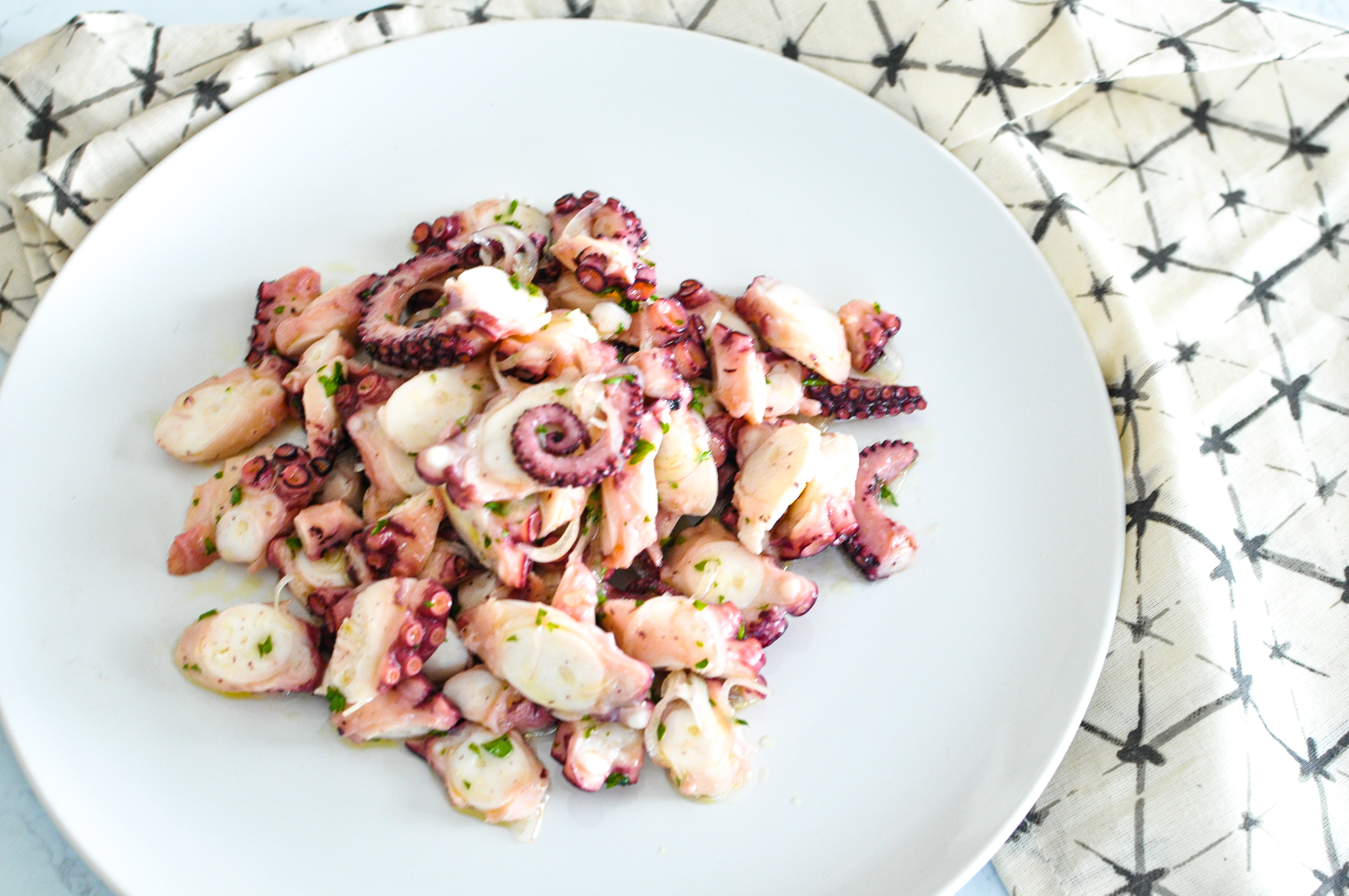 This grilled octopus salad is the perfect recipe to dip your toes in if you’ve never tried octopus before. If you think you don’t like octopus, try this out before you really decide. Trust me, this will change your mind. 😉 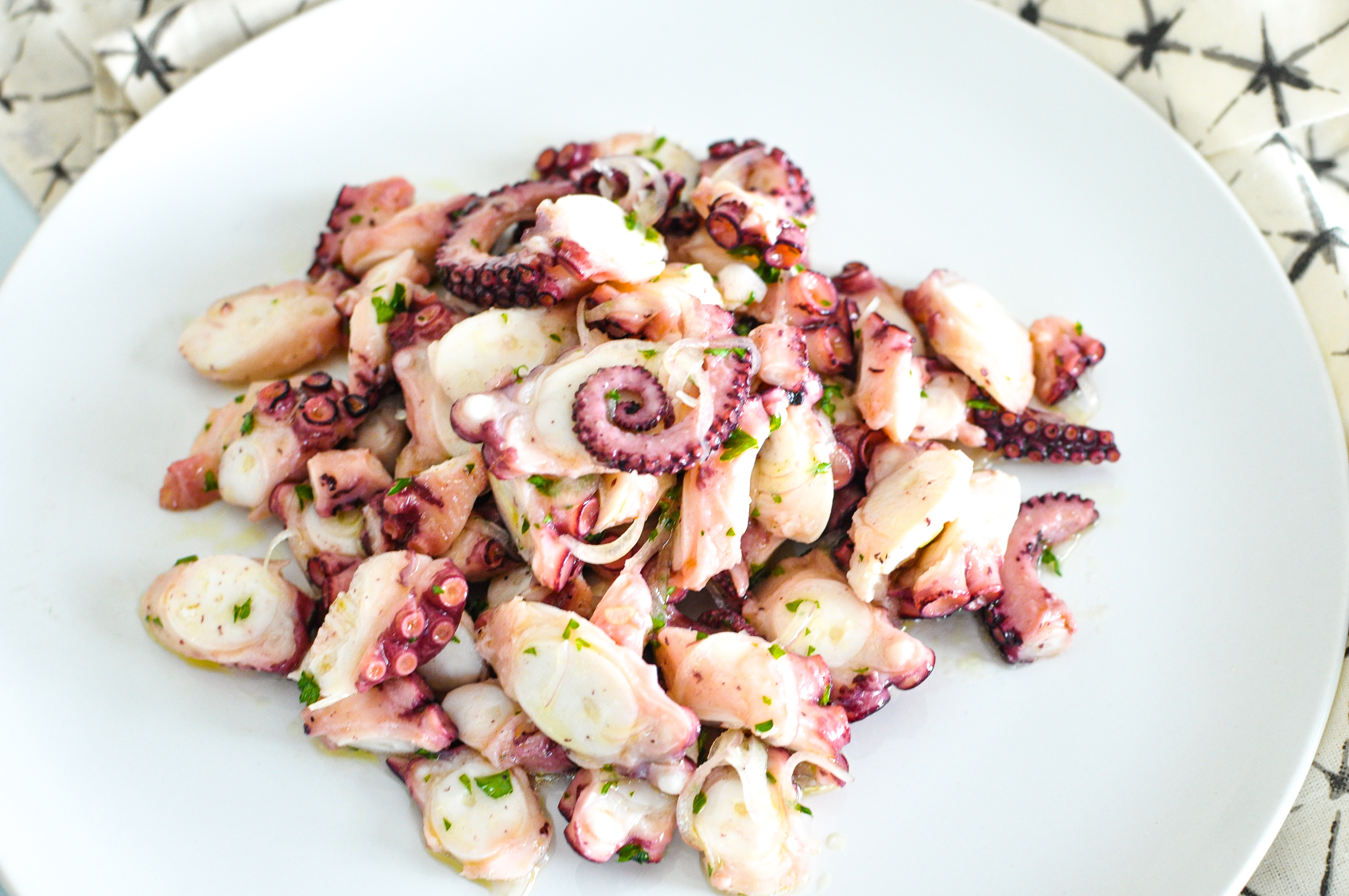 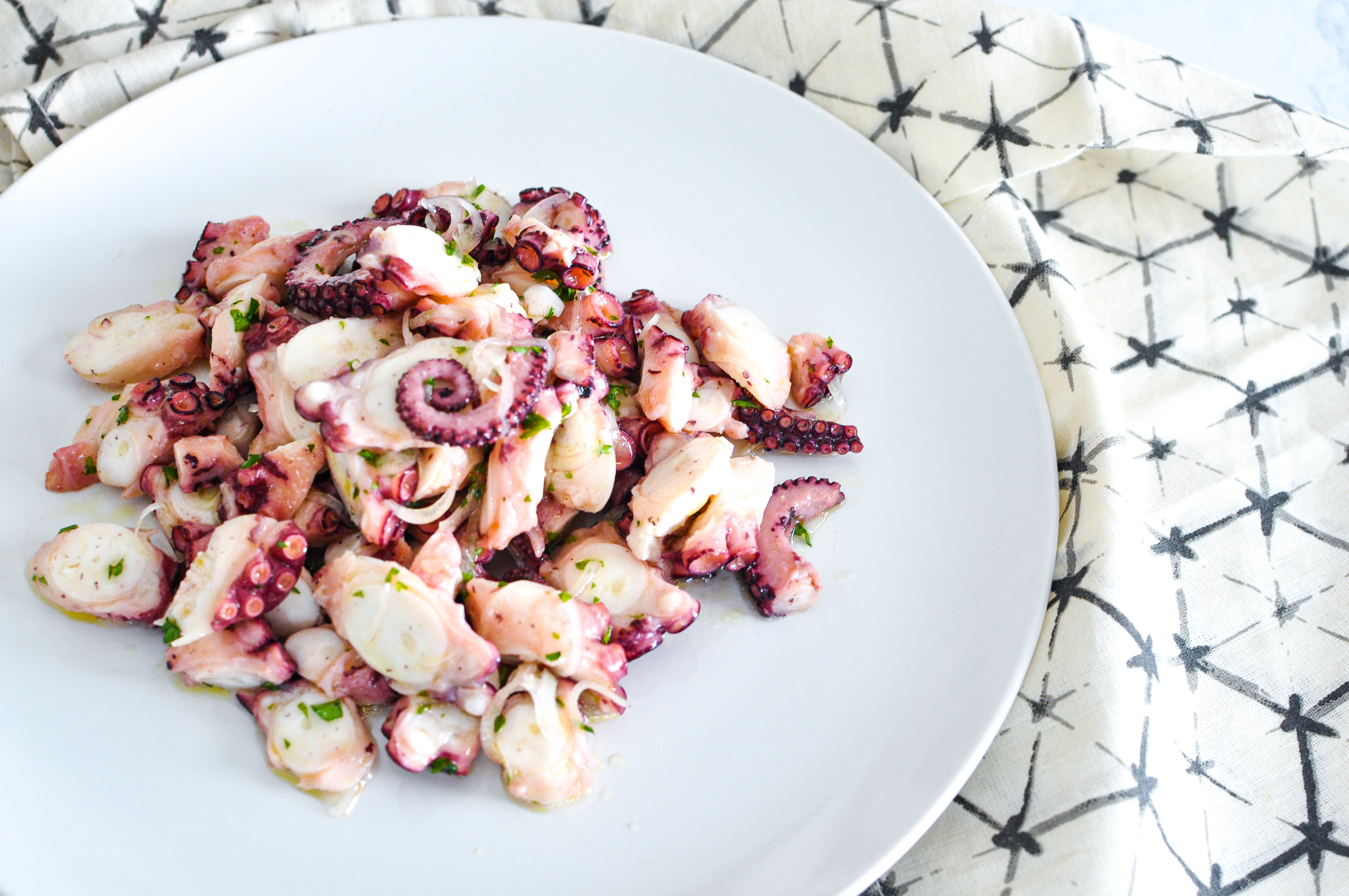 This is the perfect light dish for any time of year, but especially spring or summer! The citrus flavors really shine through and give the octopus a lot of dimension. You won’t even realize you’re eating octopus! 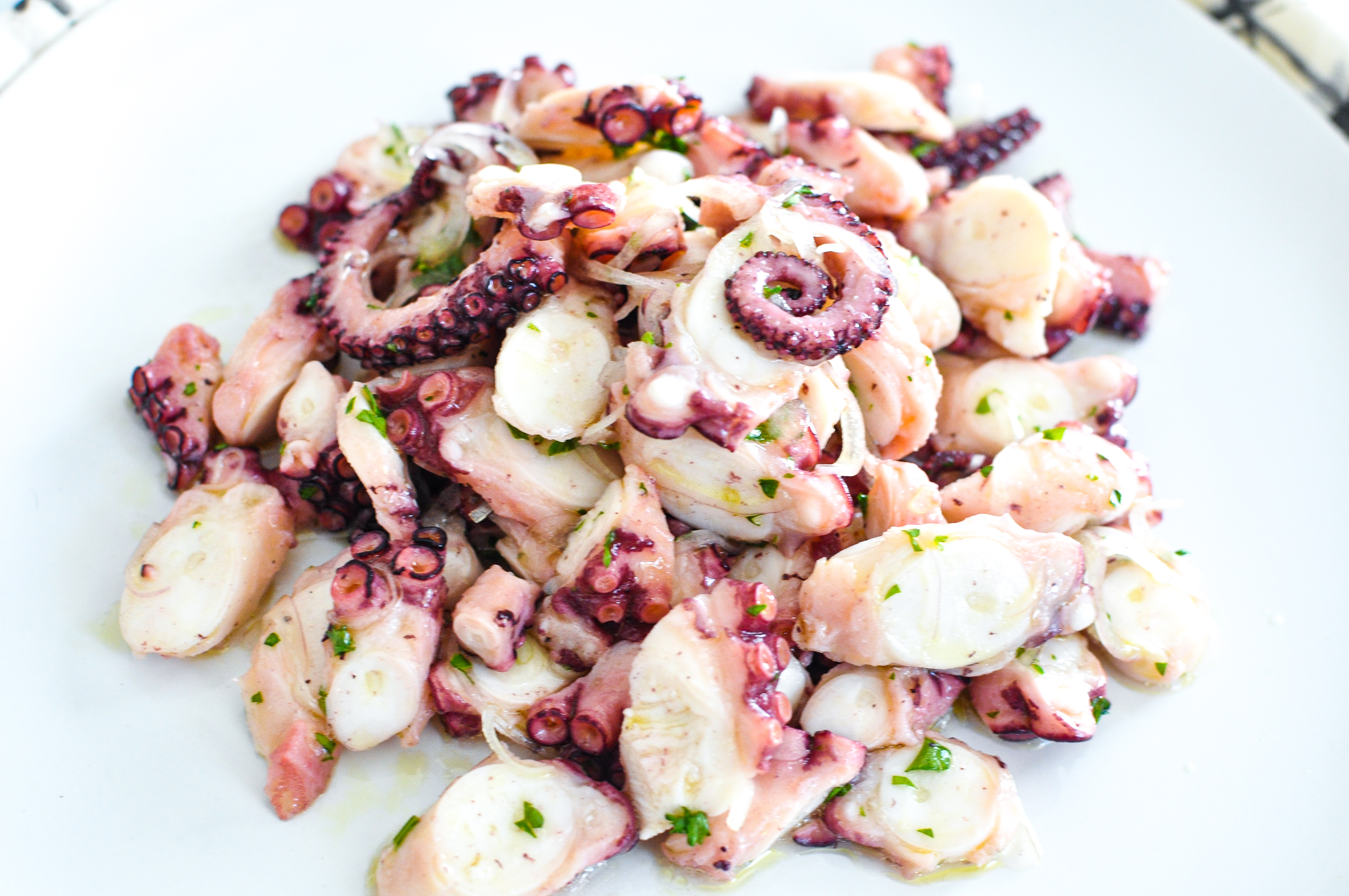 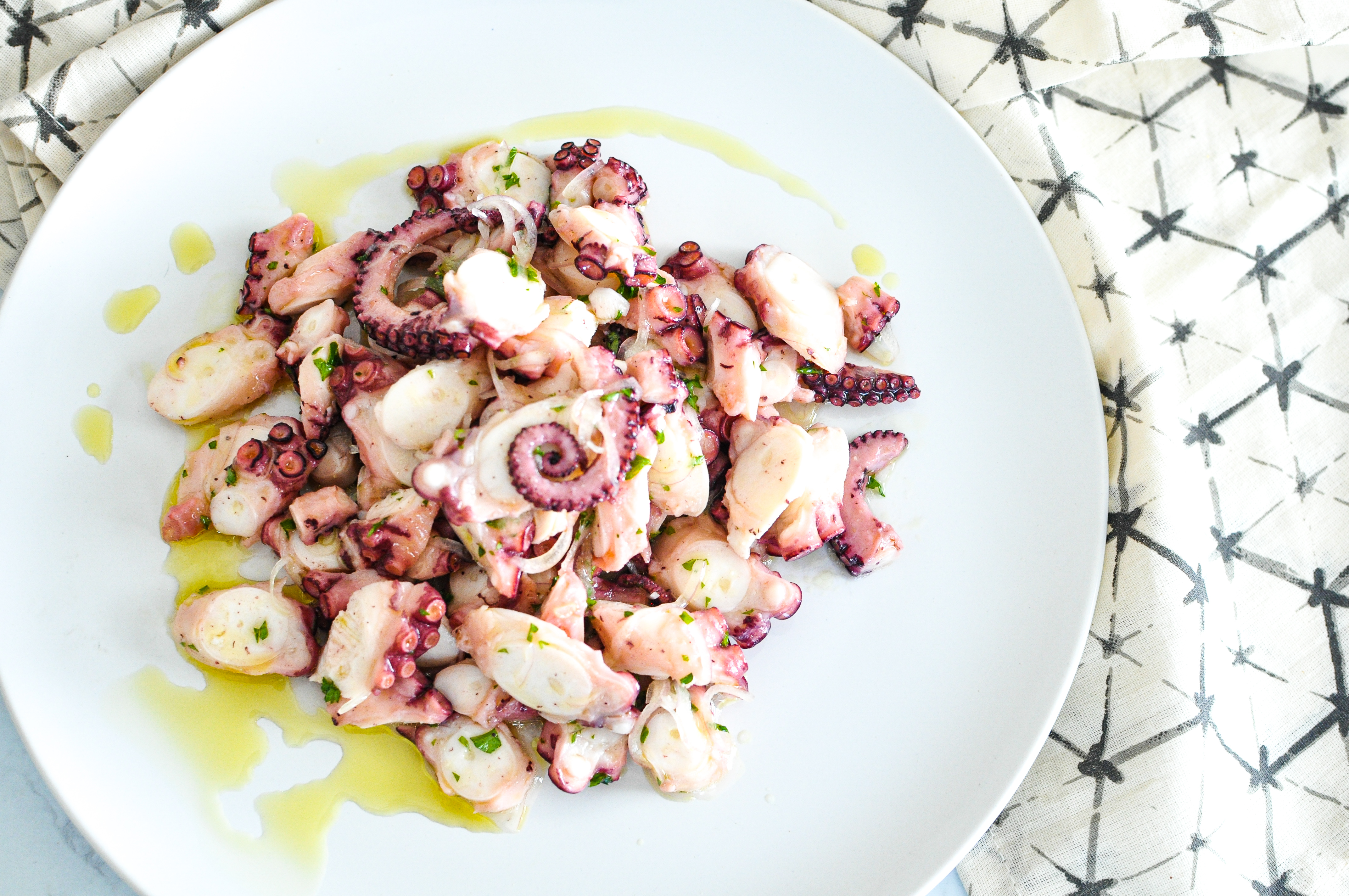 Again, you have to cook the octopus well to make sure it has the right texture. This requires two steps, but it’s so worth it! First you’ll boil the octopus until it’s tender (this is key!), and then you’ll pop it on the grill. 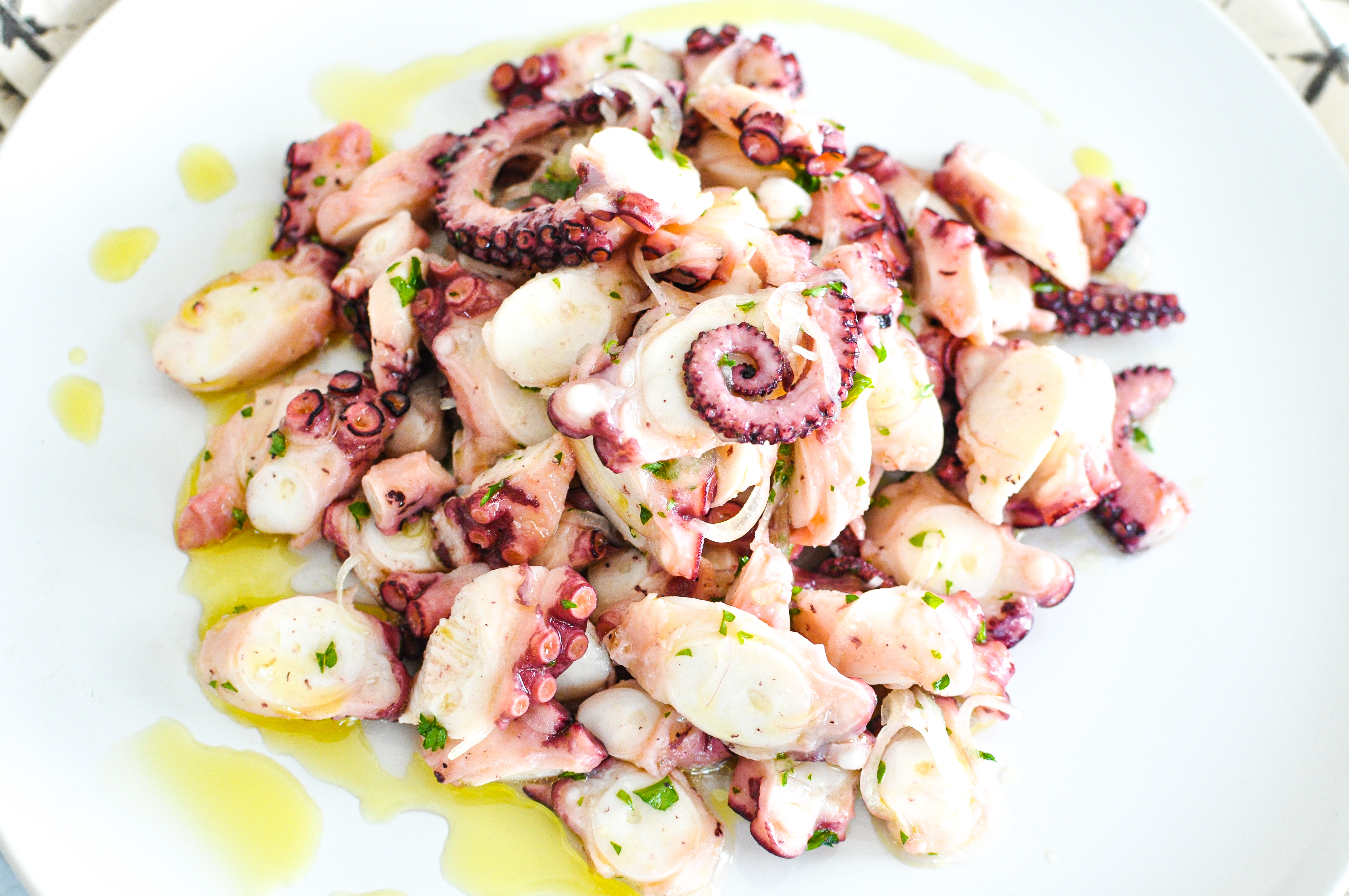 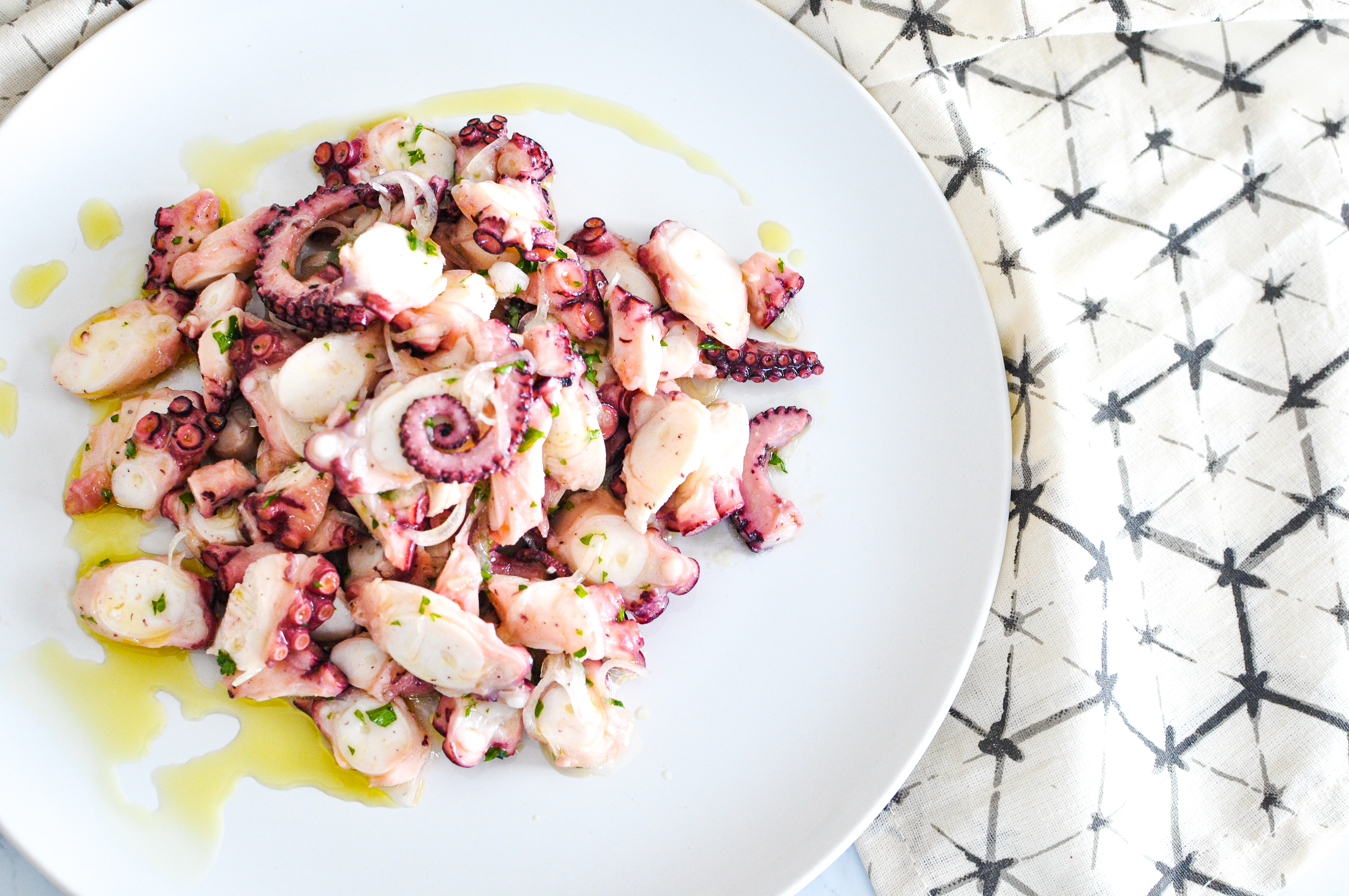 The char from the grill gives the octopus an extra pop of flavor that rounds it out perfectly! When you add on a delicious dressing, you’ve got the perfect octopus salad! 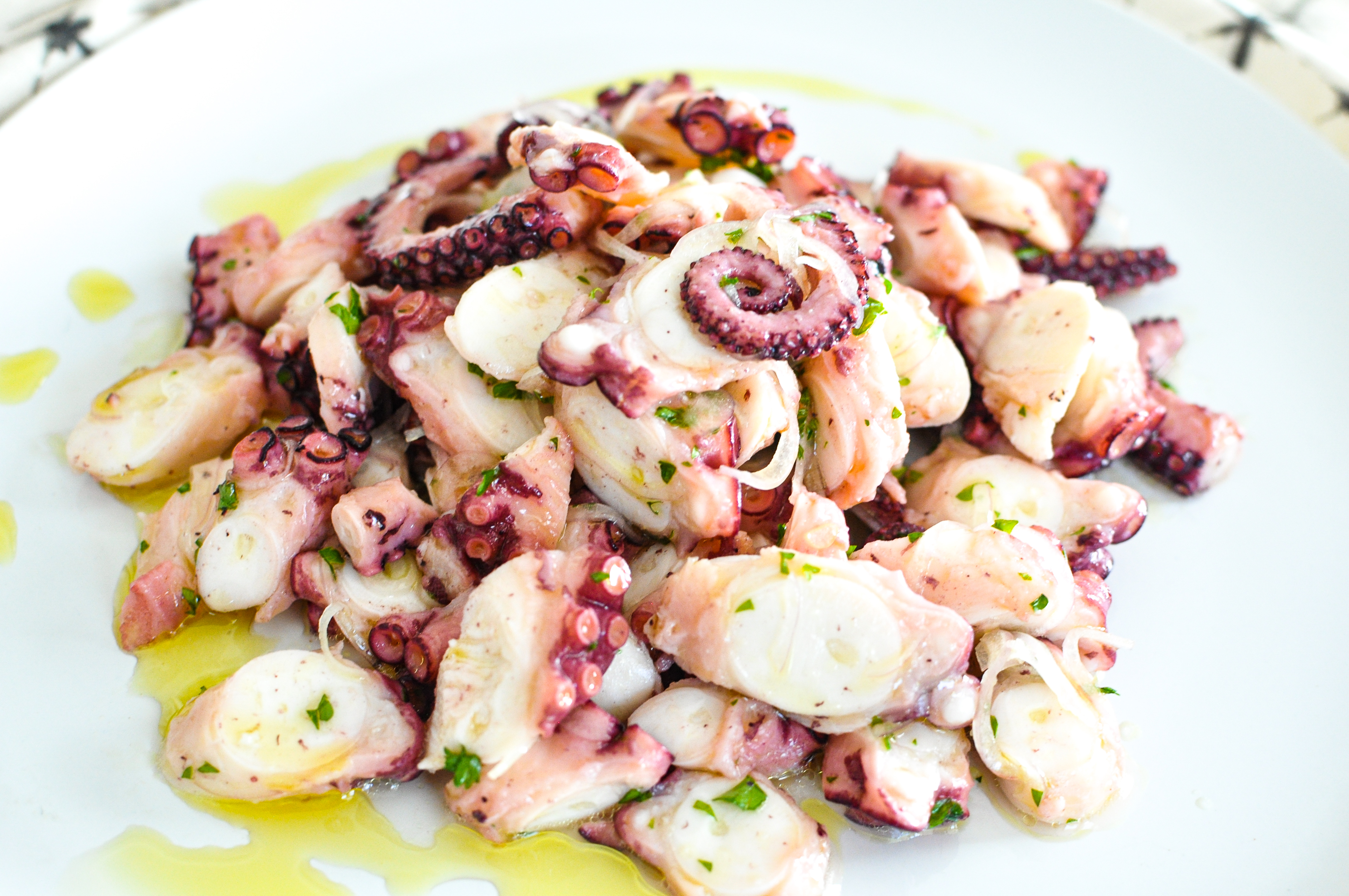 If you’re in the mood for seafood and looking to switch it up, try out this delicious grilled octopus salad! People usually overlook the octopus at the store because they don’t know what to do with it, but this is the perfect recipe to try it out! This dish is paleo, pescatarian, low-carb, and keto-friendly! 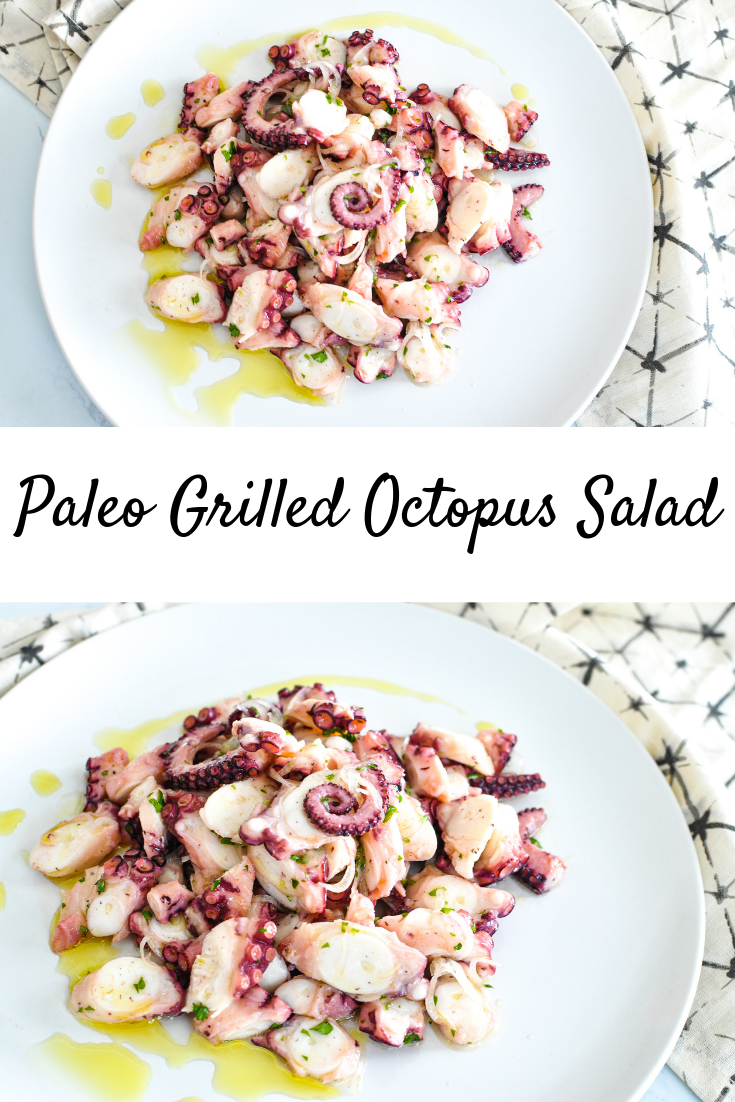