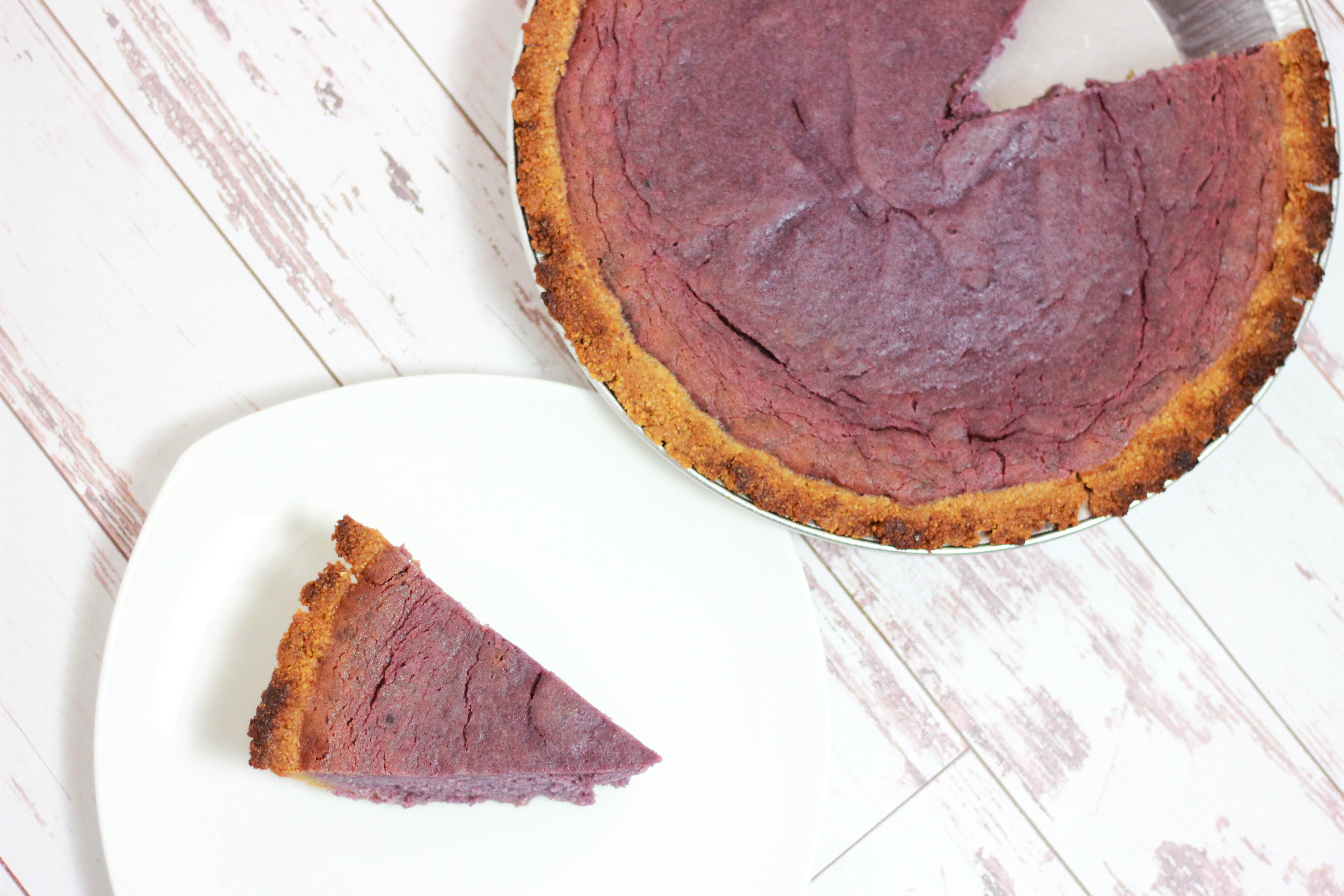 This is the second pie recipe I’m posting in 2 days. Is that too much?

Ehhhh, I don’t think so. 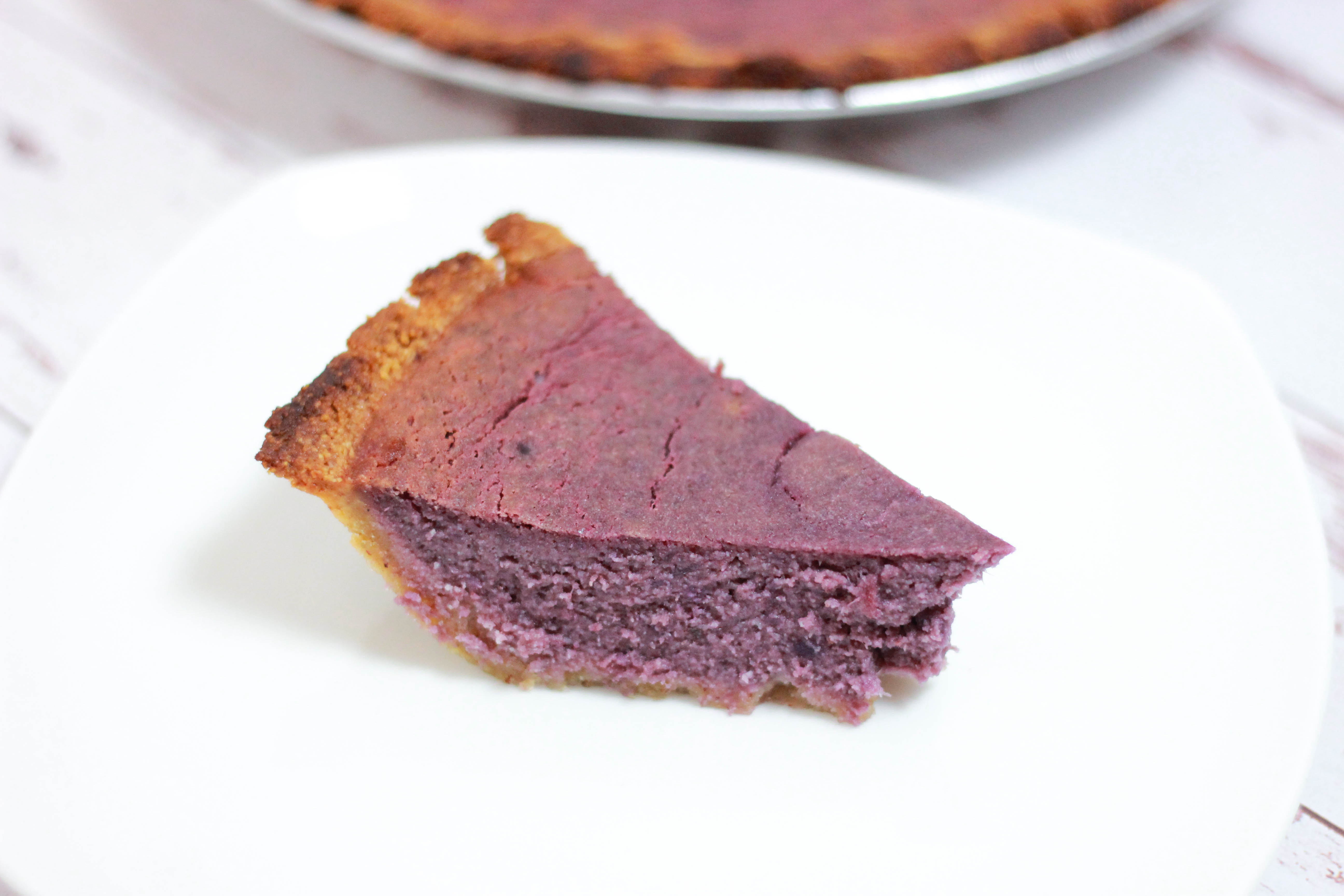 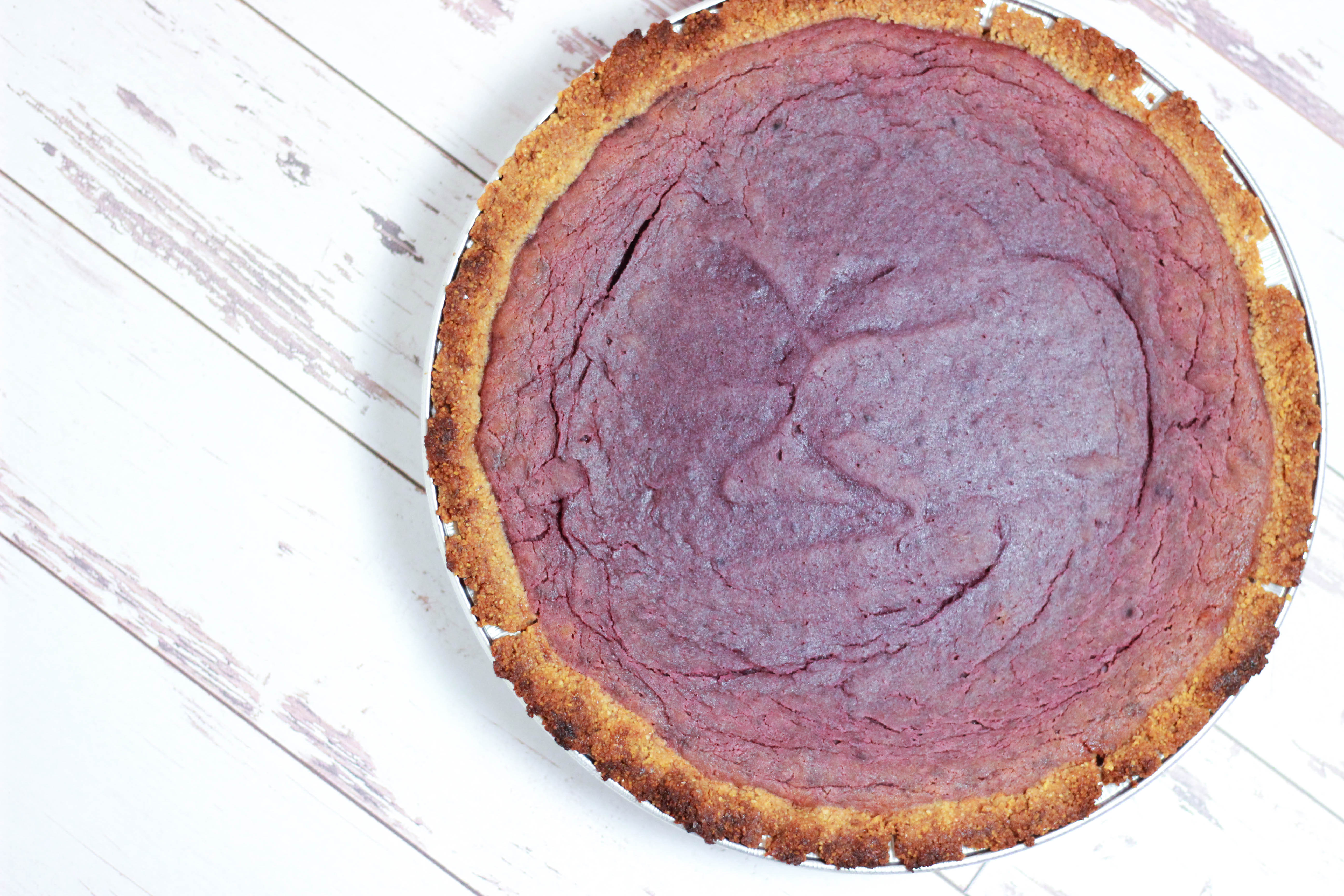 A very wise person once told me there is no such thing as too much pie. The only thing I have to say about that statement, though, is that it better be good pie. 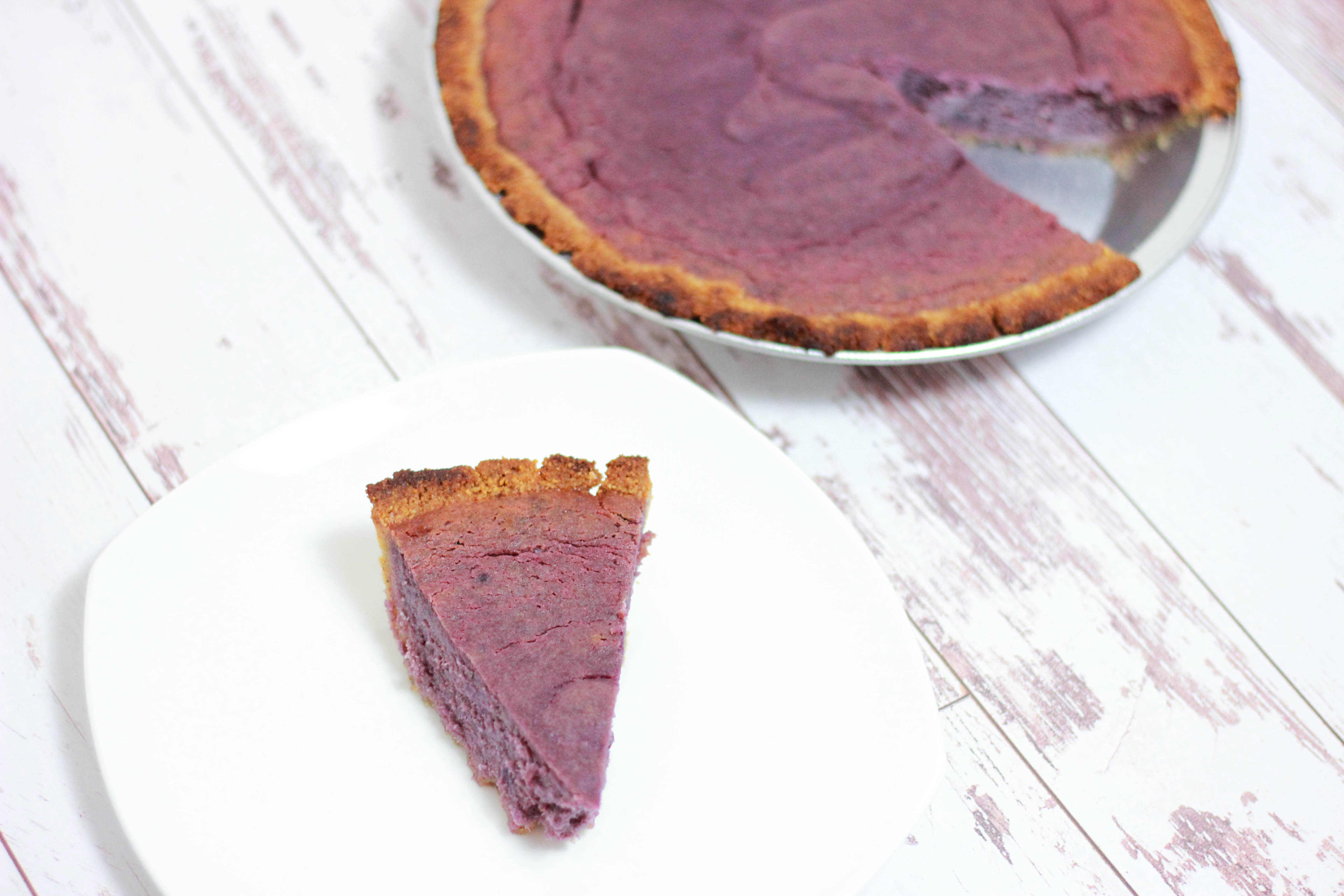 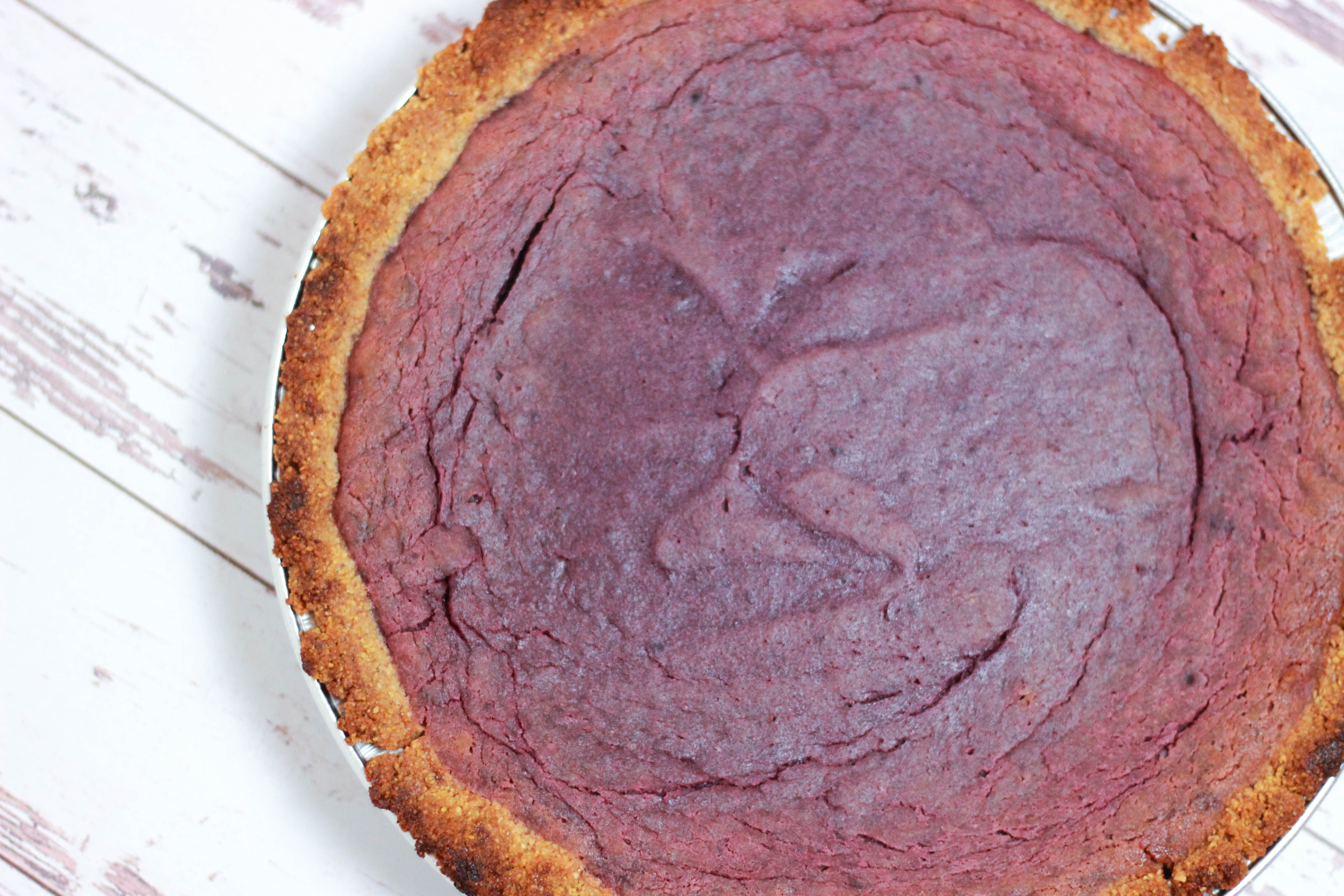 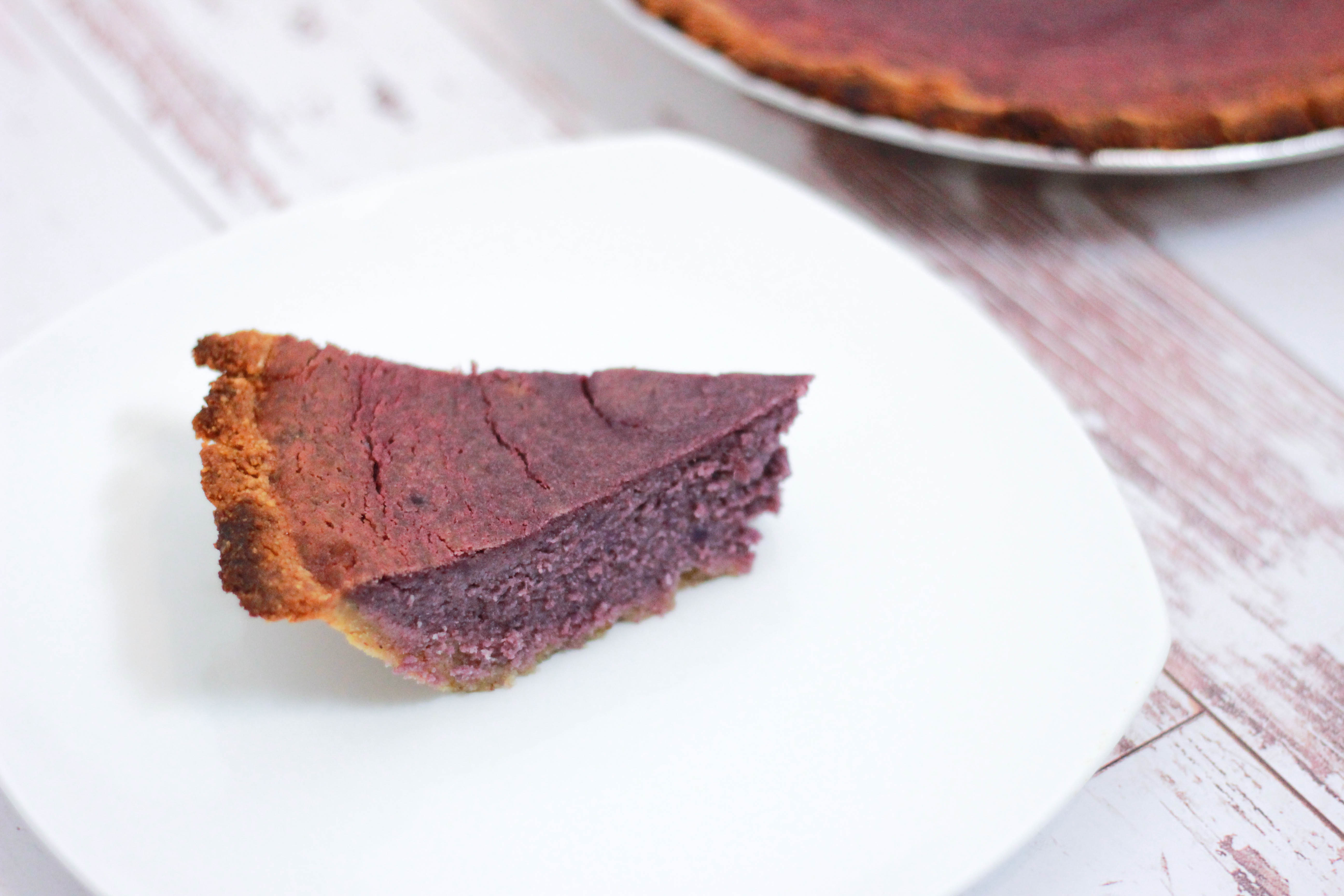 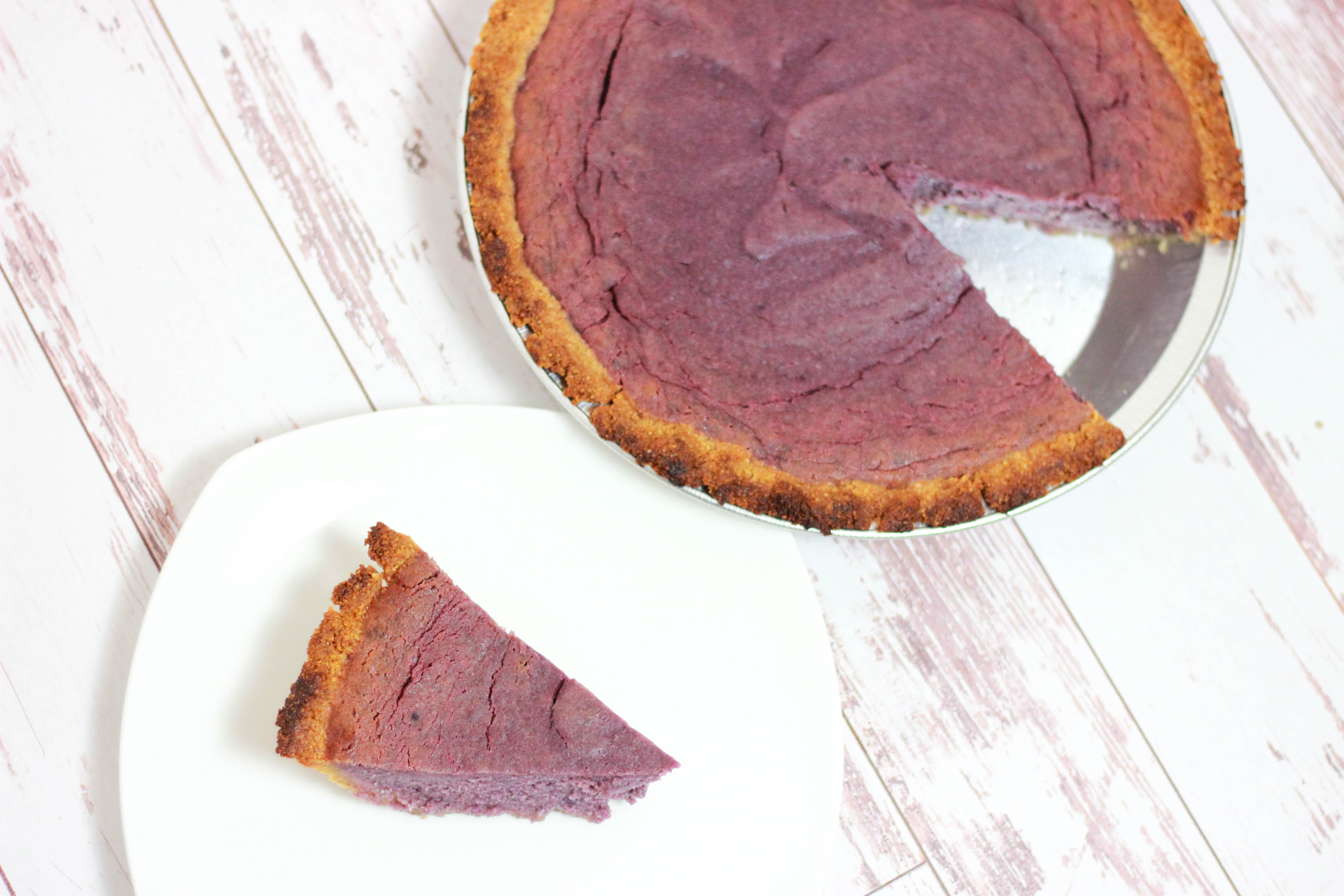 Somehow that turned into 5 pies, and an epic taste test. Not a bad experiment, right? 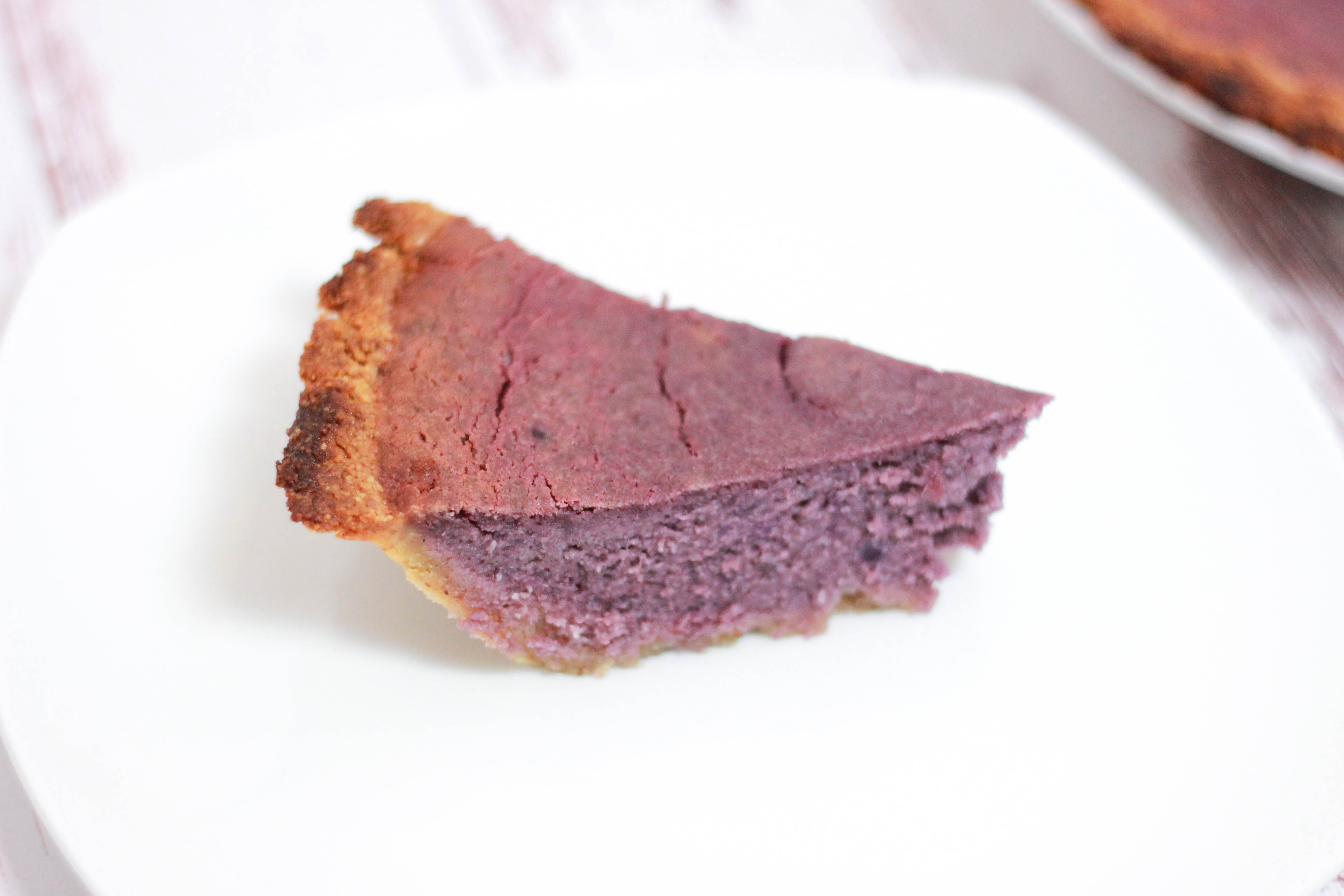 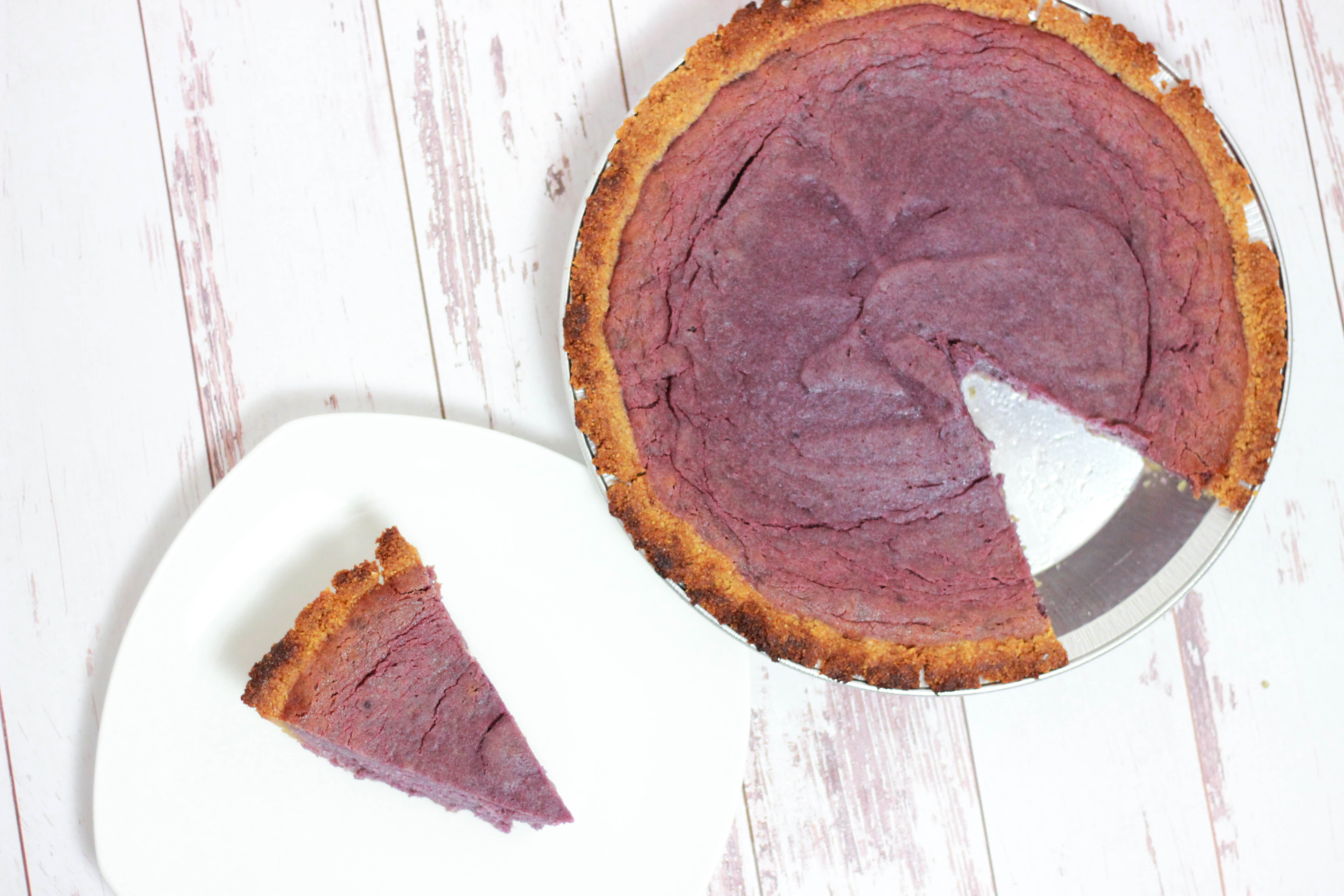 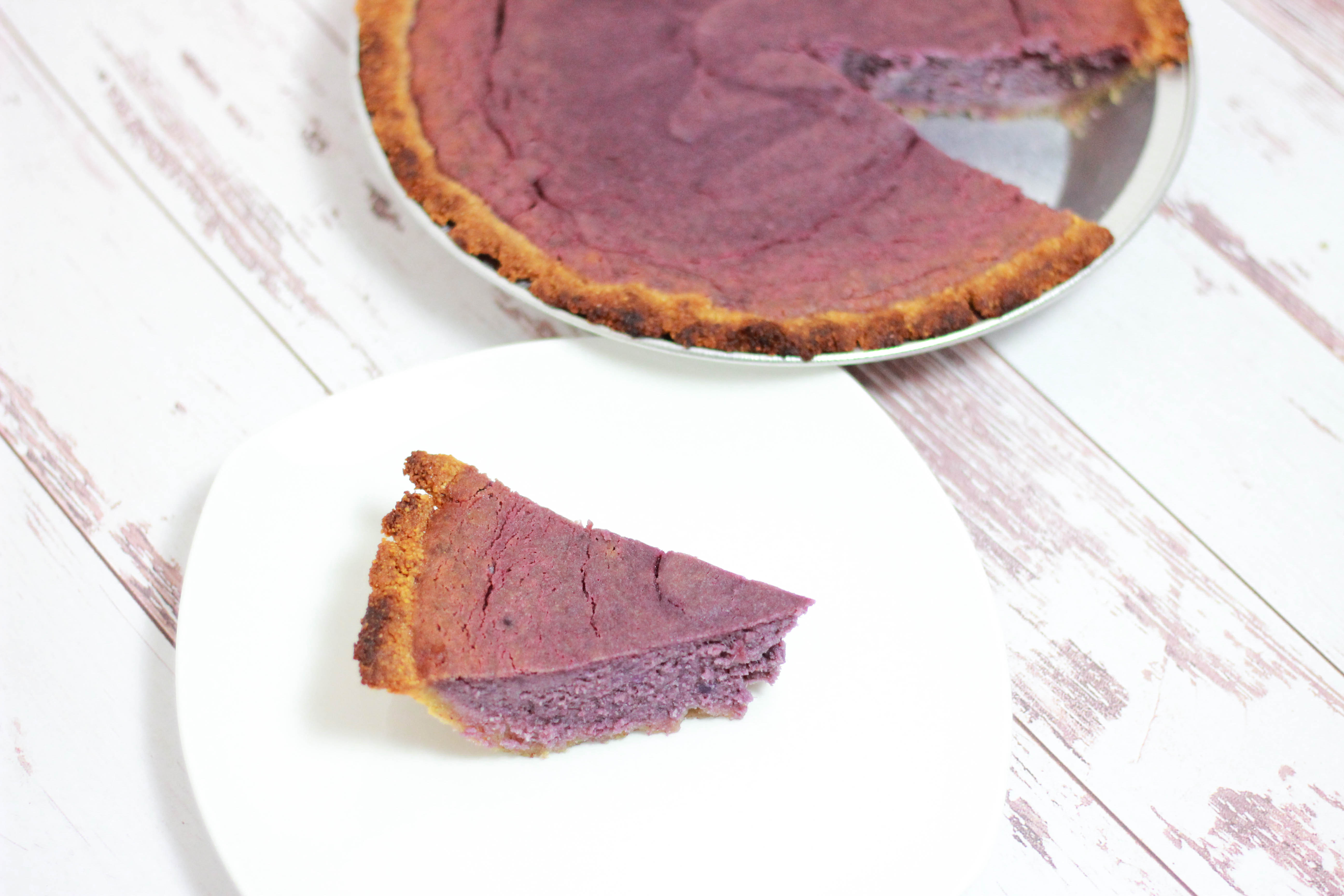 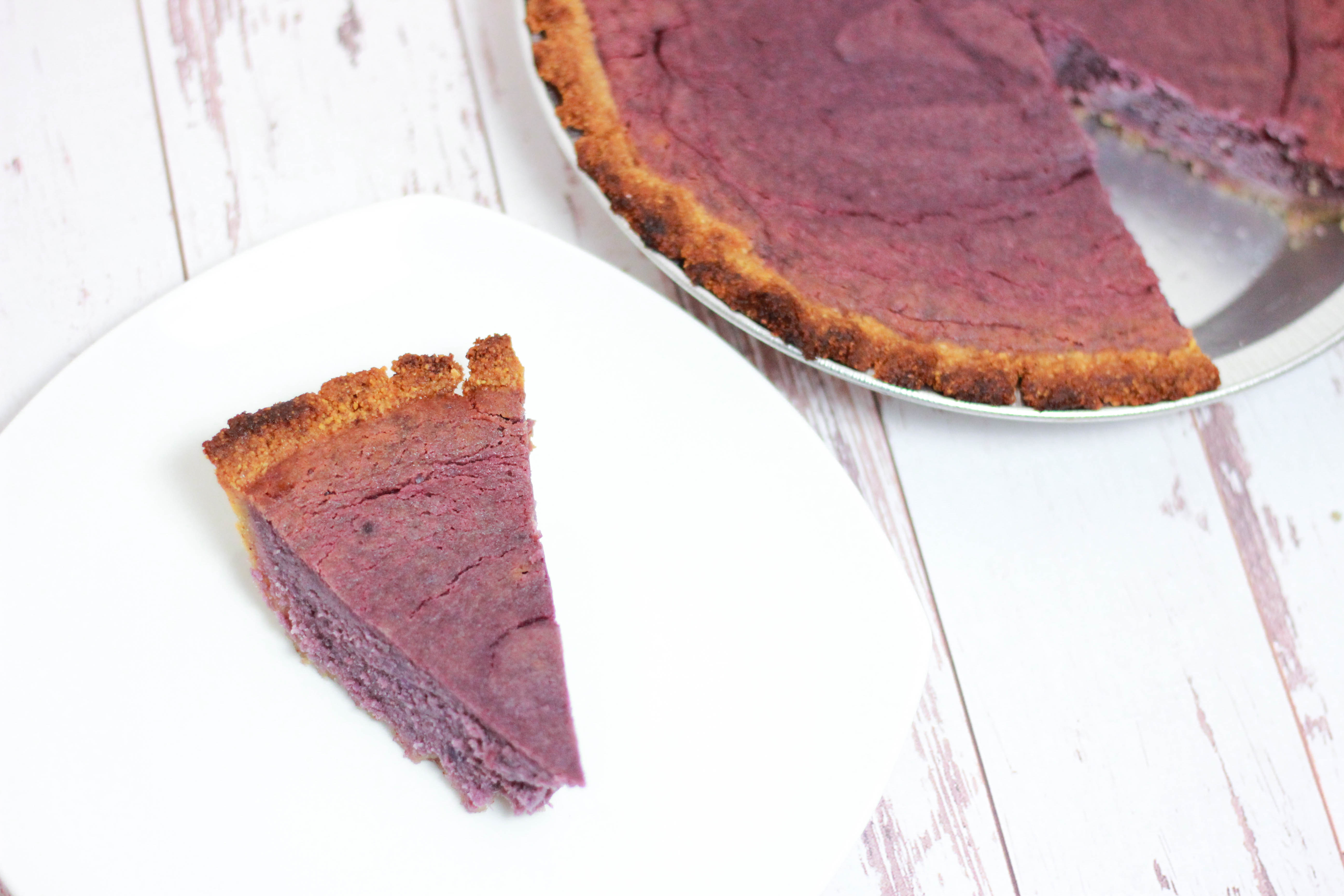 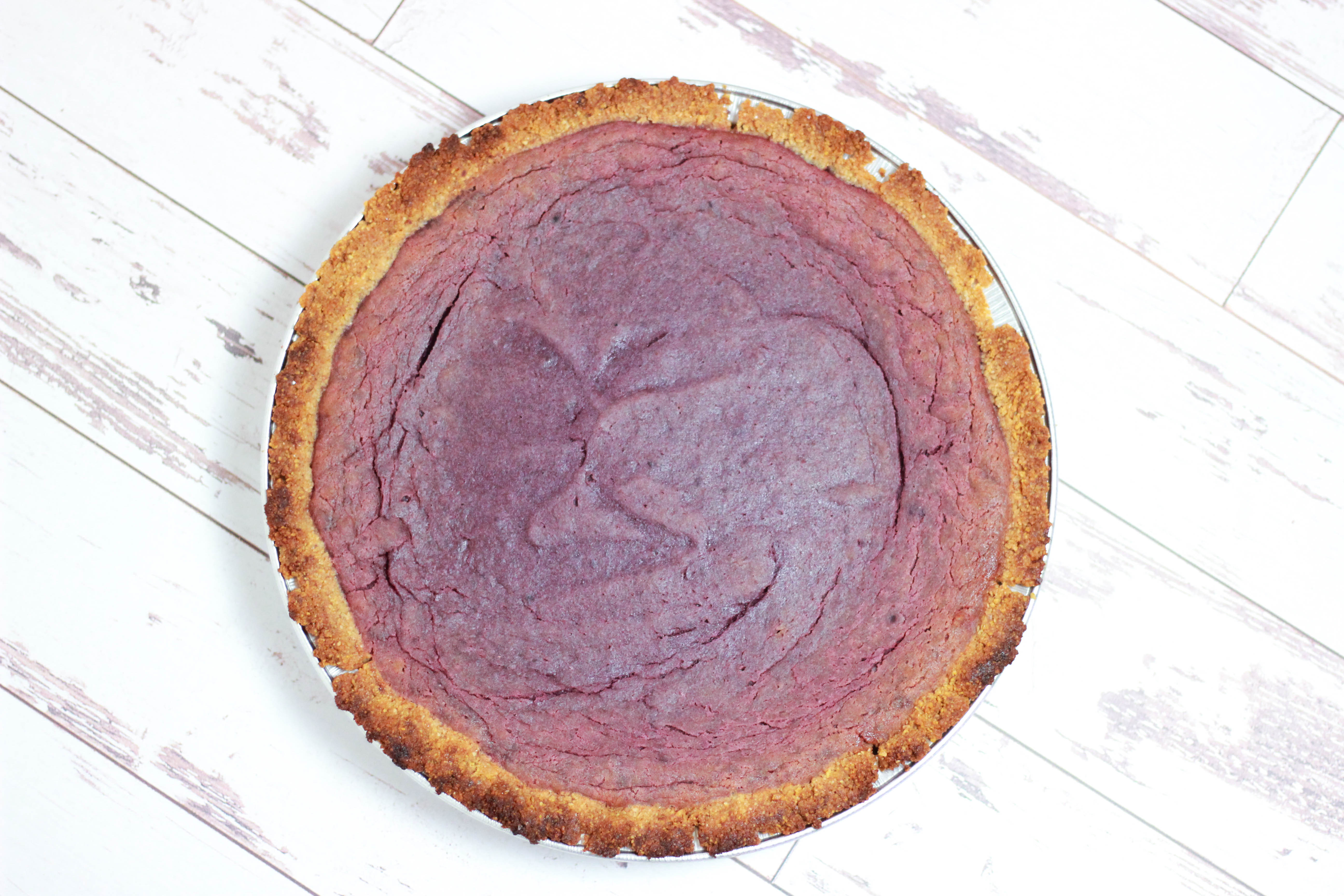 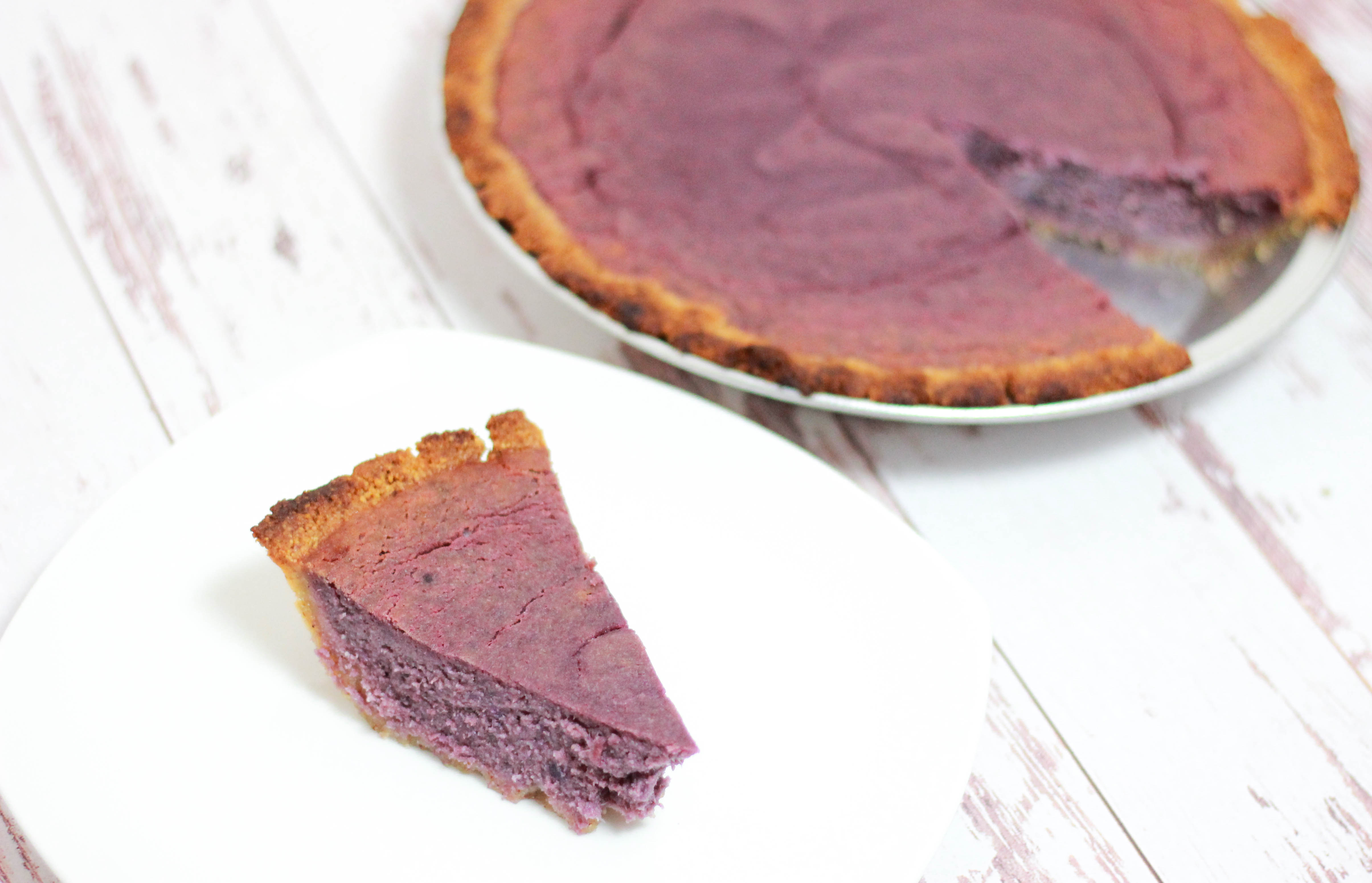 This is an easy dessert to make for any holiday – it’s festive, customizable, and sweet without being a total sugar bomb. This pie is sweetened with maple syrup, so no refined sugar is used at all. And there’s something about that purple color that’s extra satisfying! 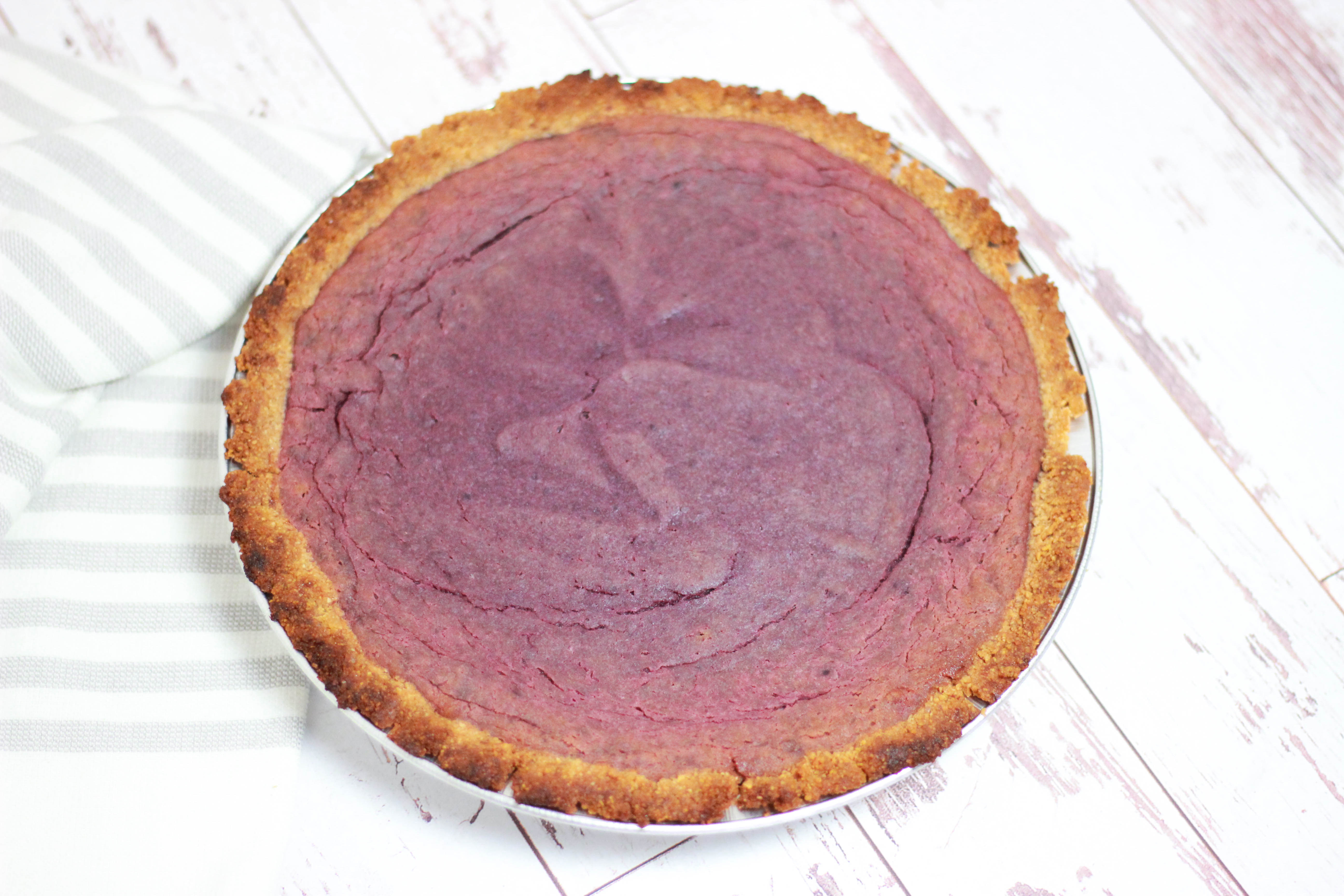 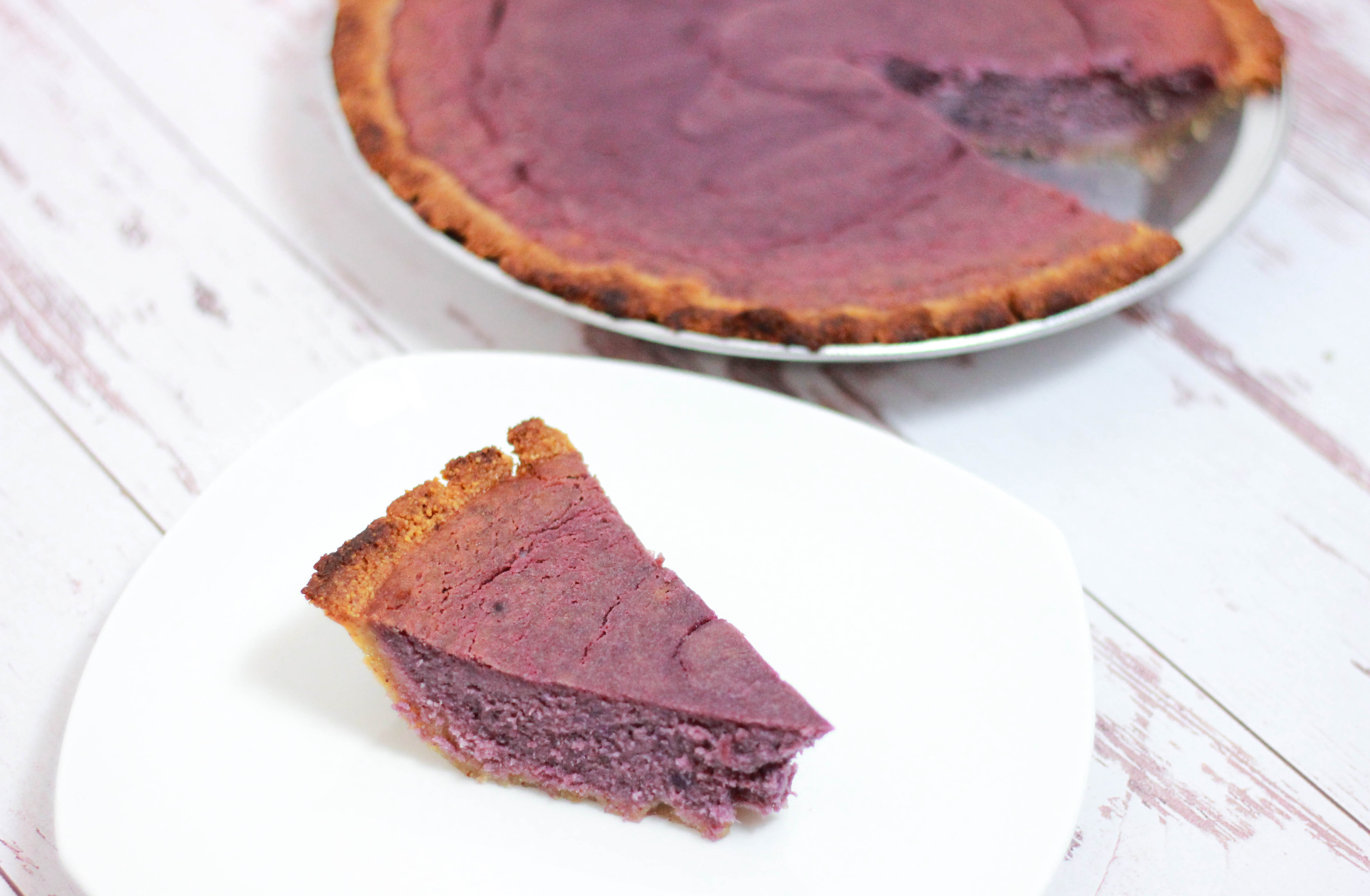 The most time-consuming parts of this pie are boiling the potato and baking the pie. Other than that, it’s as simple as mixing everything together with a hand mixer and popping it in the oven! The hardest part is waiting for it to cool before eating it. (Pro tip – use the freezer.) 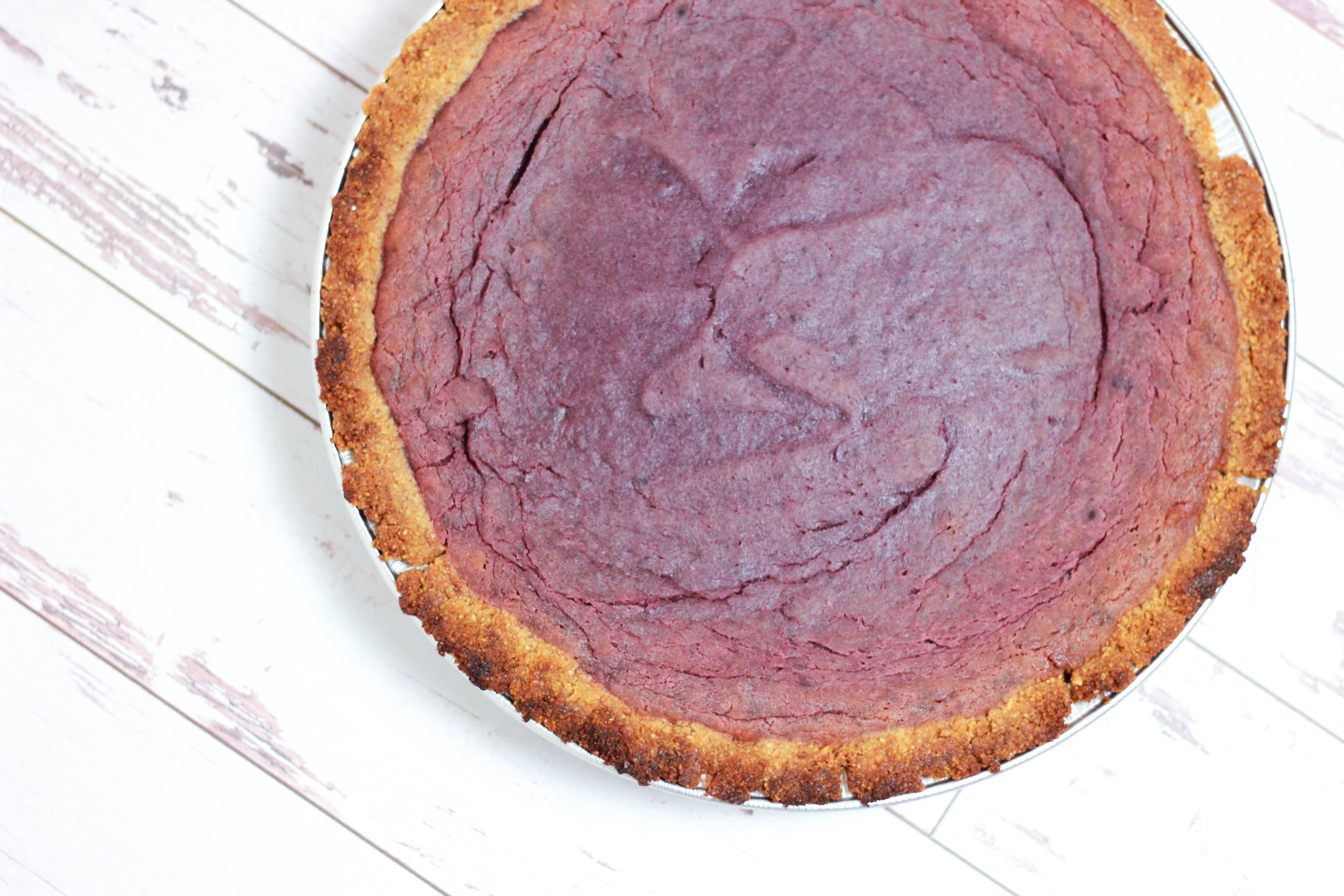 Feel free to use a pre-made crust or the crust recipe I provided below. There’s something about a homemade crust that you can’t replace, though. You also don’t have to pre-cook the crust, because it will cook when you bake the pie. 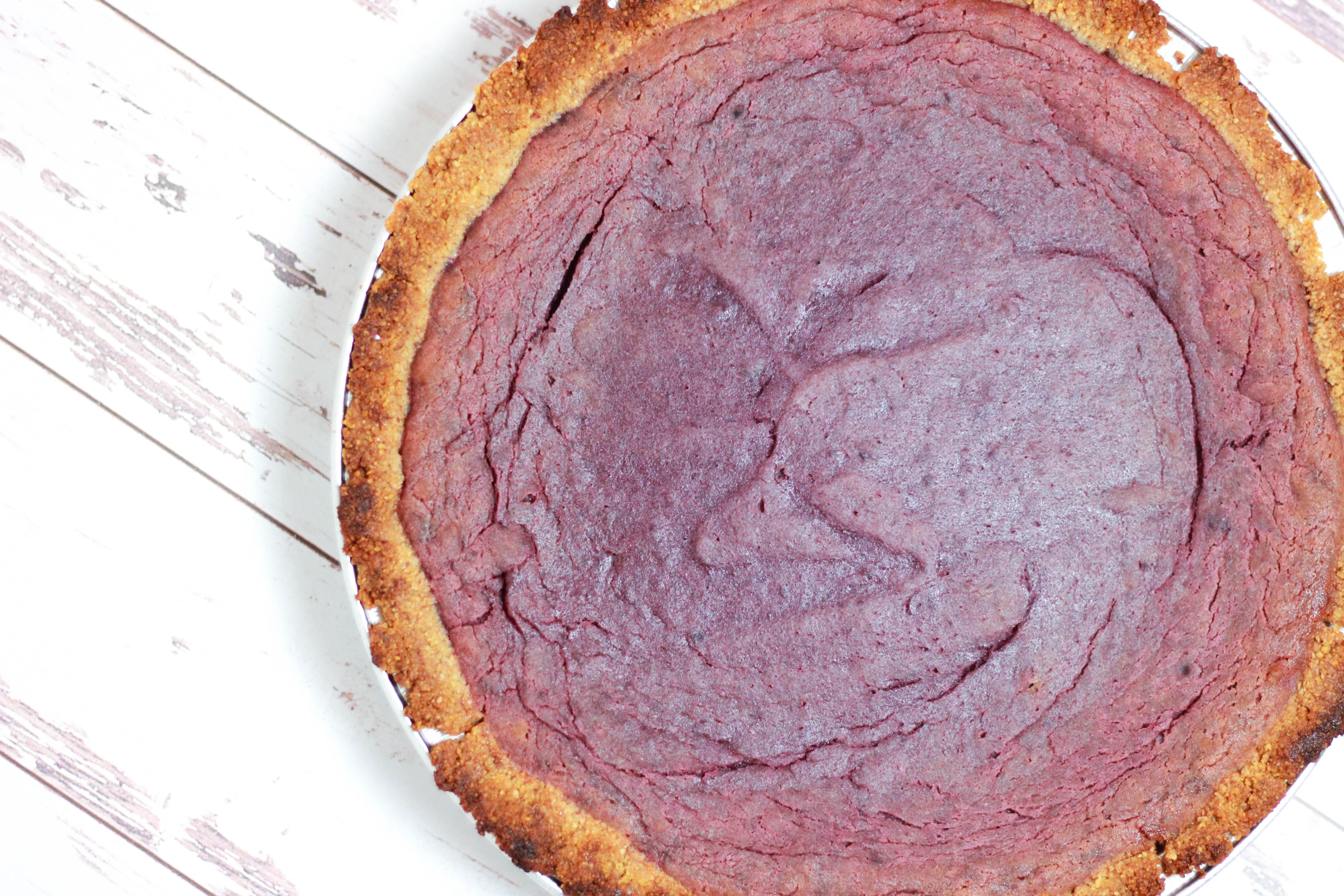 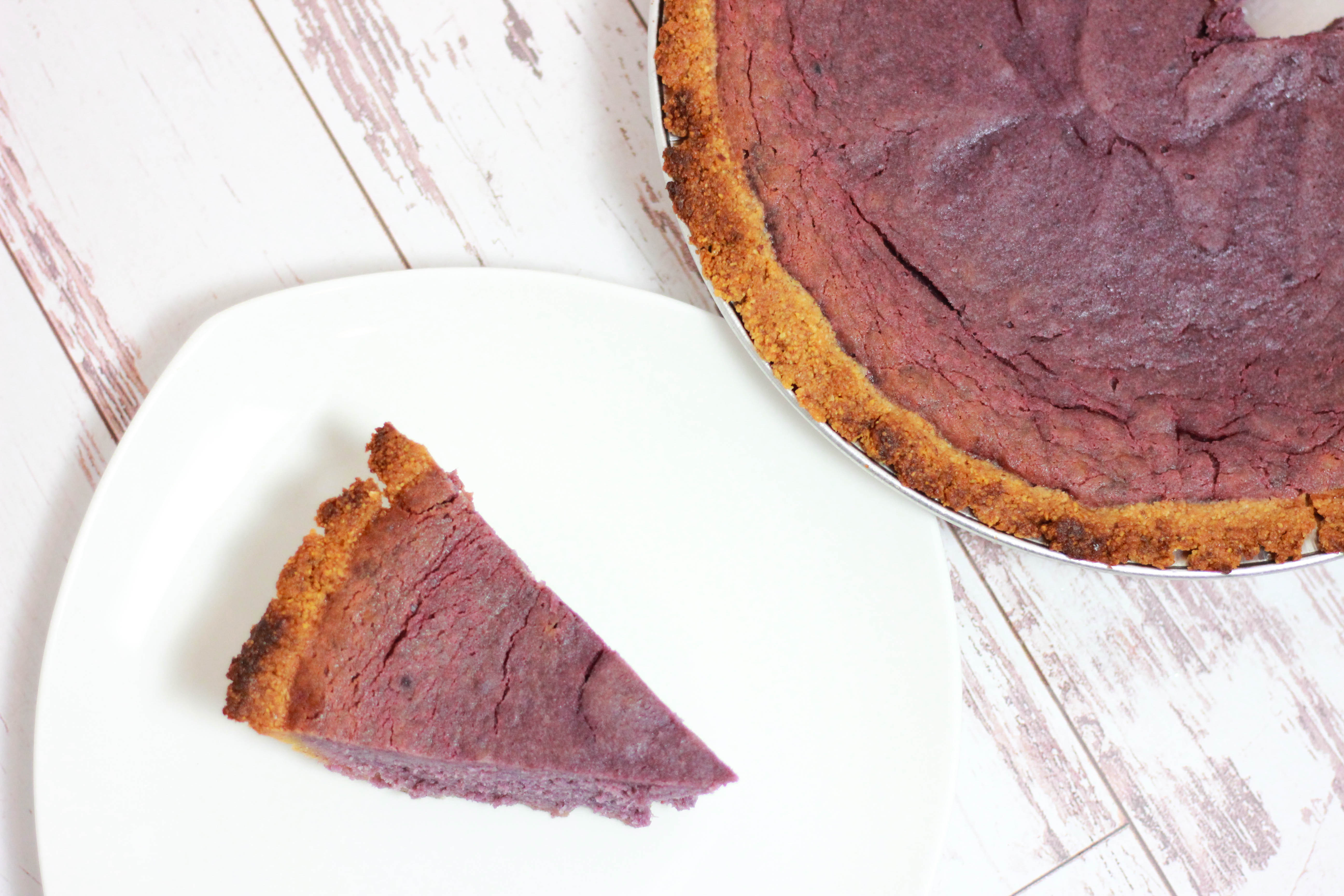 This recipe is paleo, gluten-free, dairy-free, and vegetarian. If you’re looking for a delicious take on a sweet potato pie, look no further! That purple color will definitely get you interest, and one bite will have anyone sold! 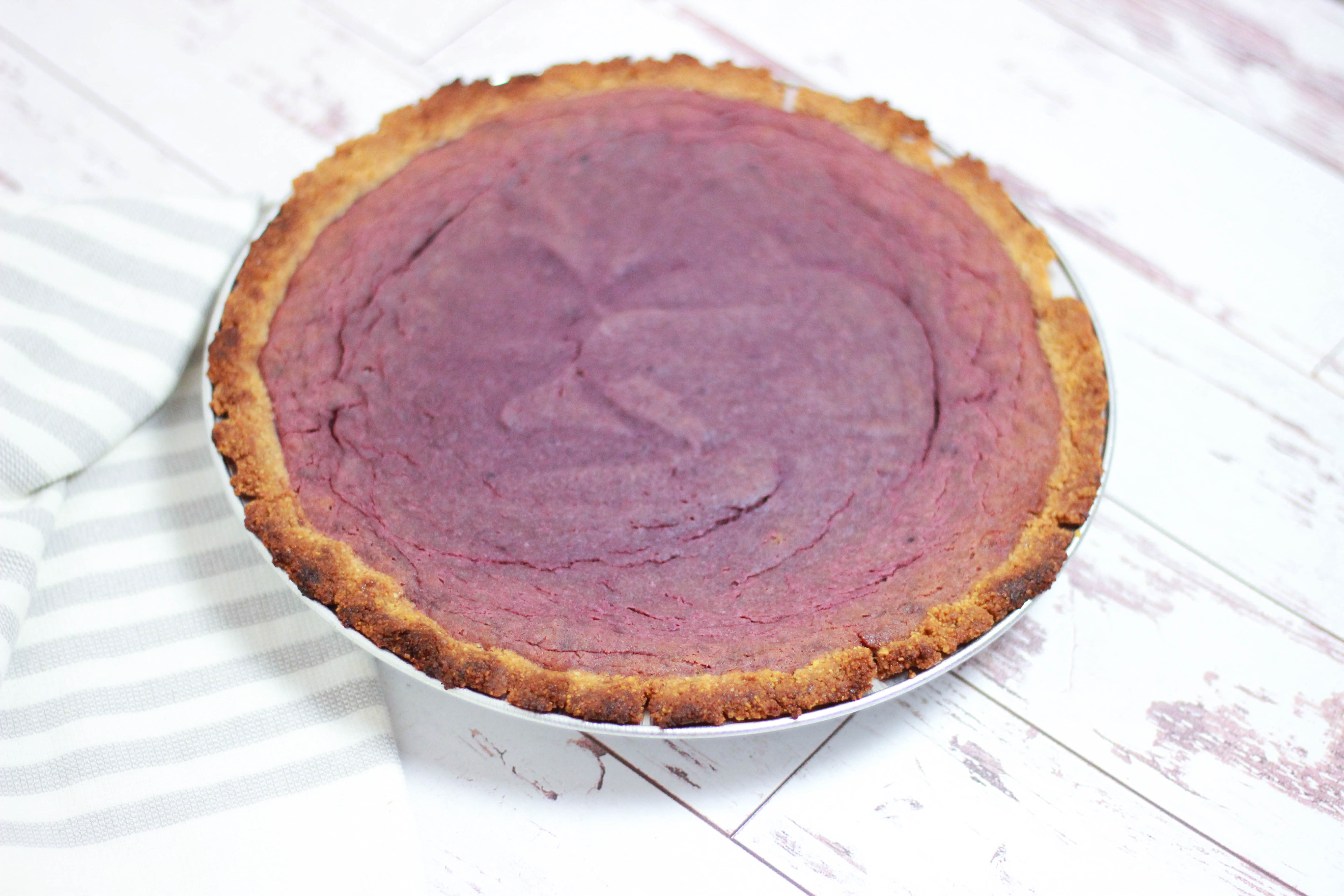 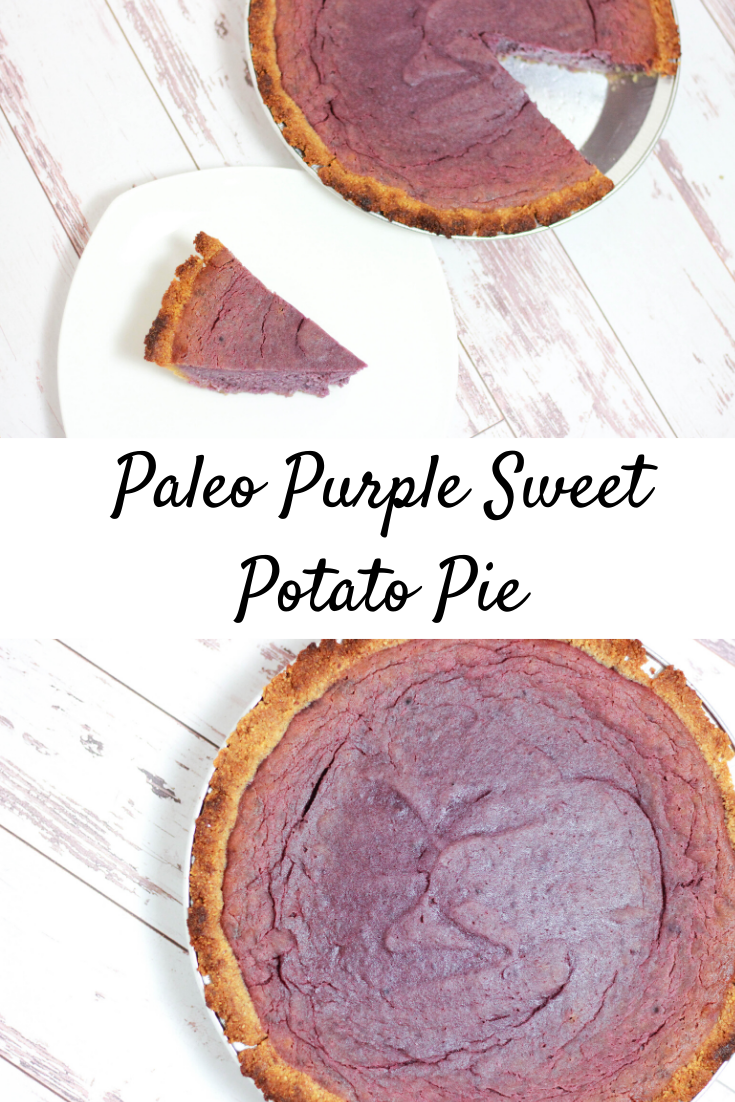 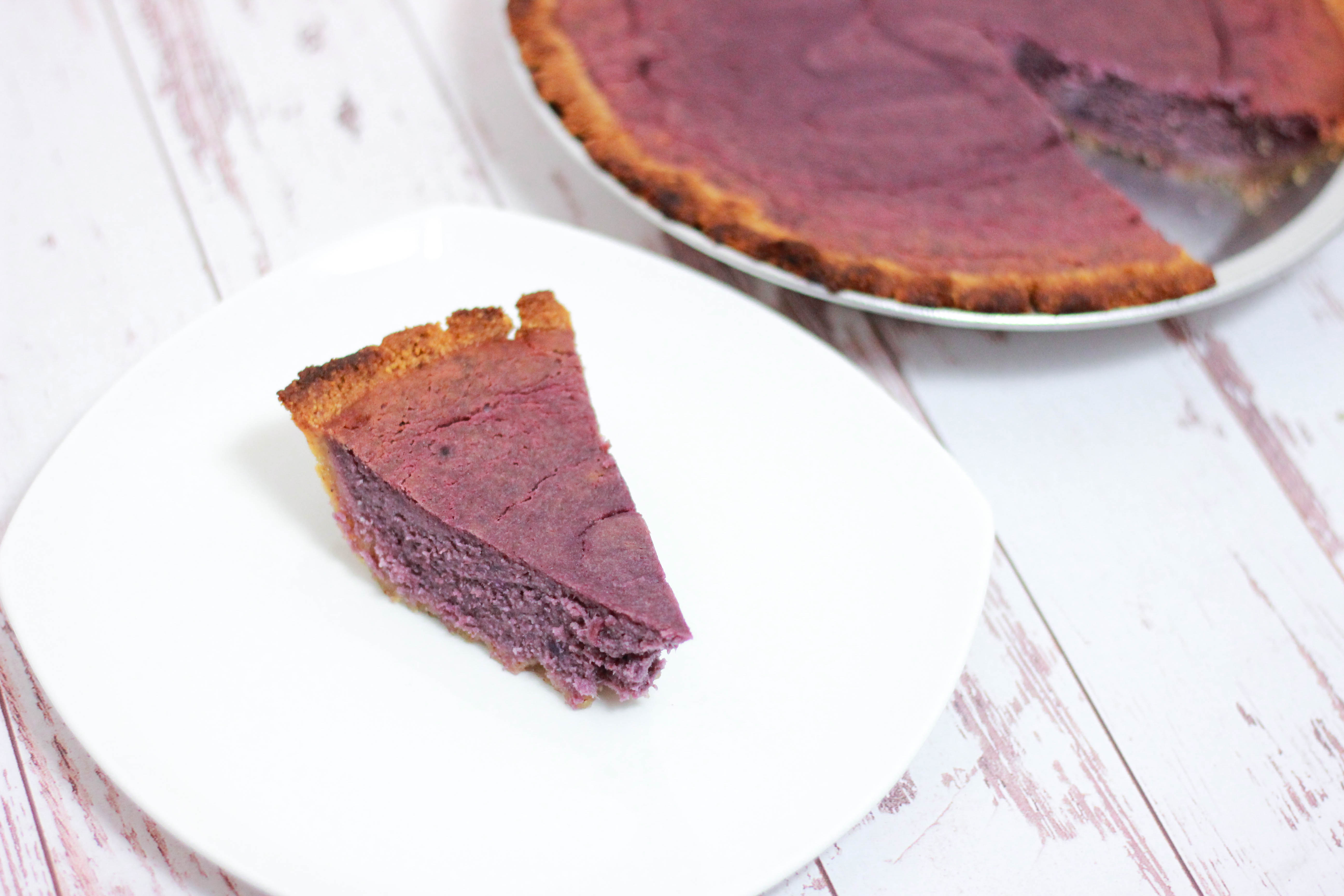 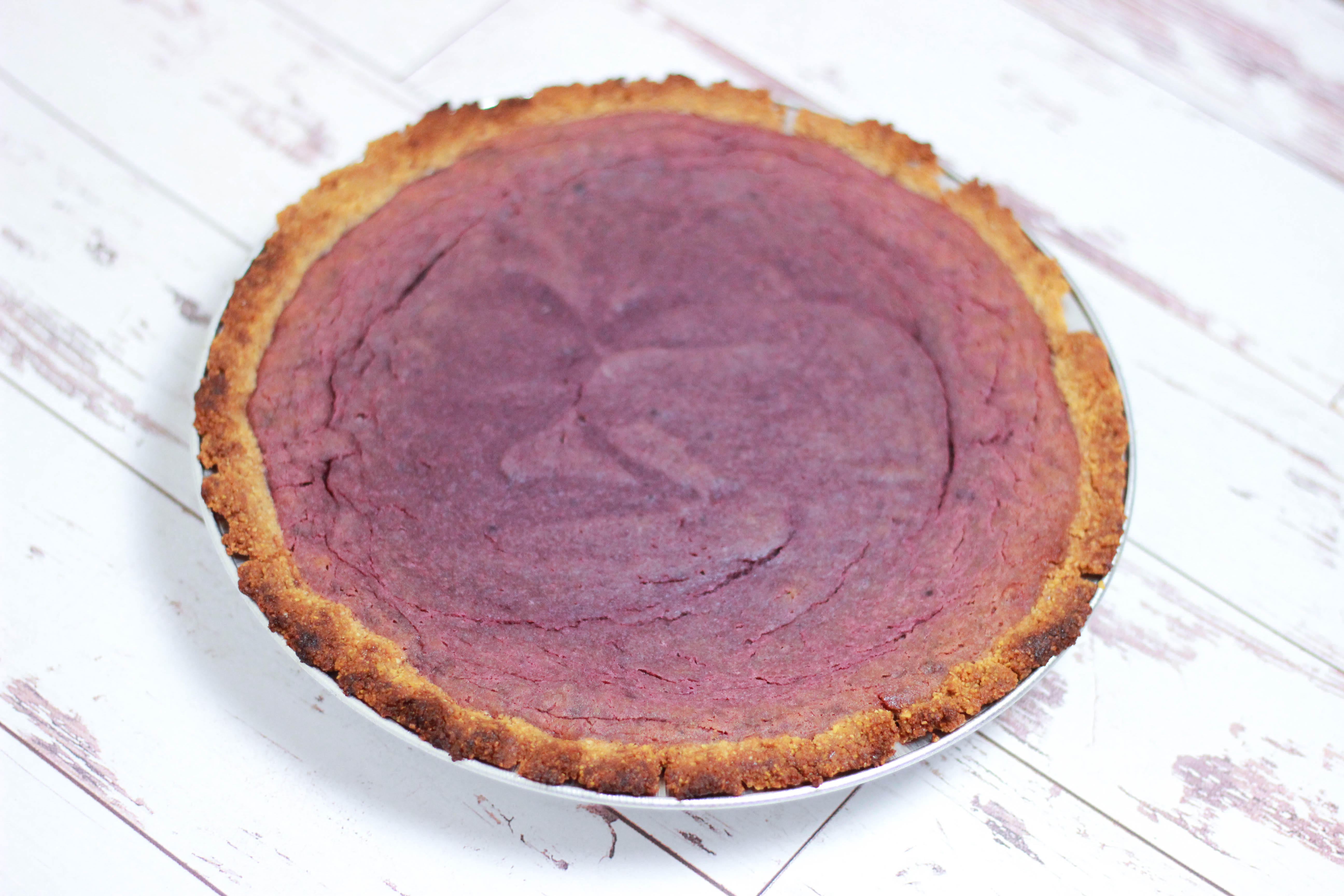