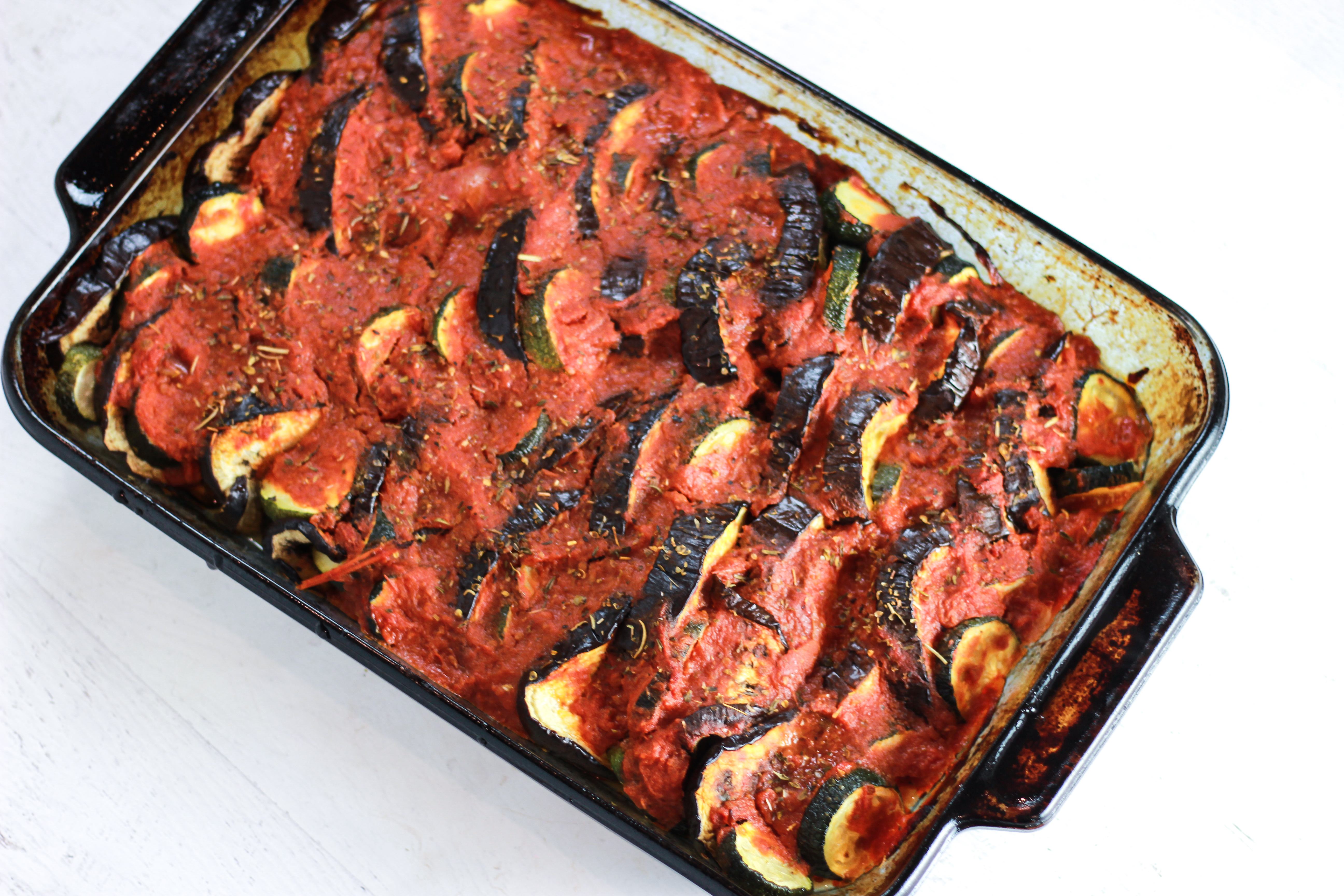 There is nothing I love more than a quick and easy vegetable side dish – especially one that seems a lot fancier than it really is. 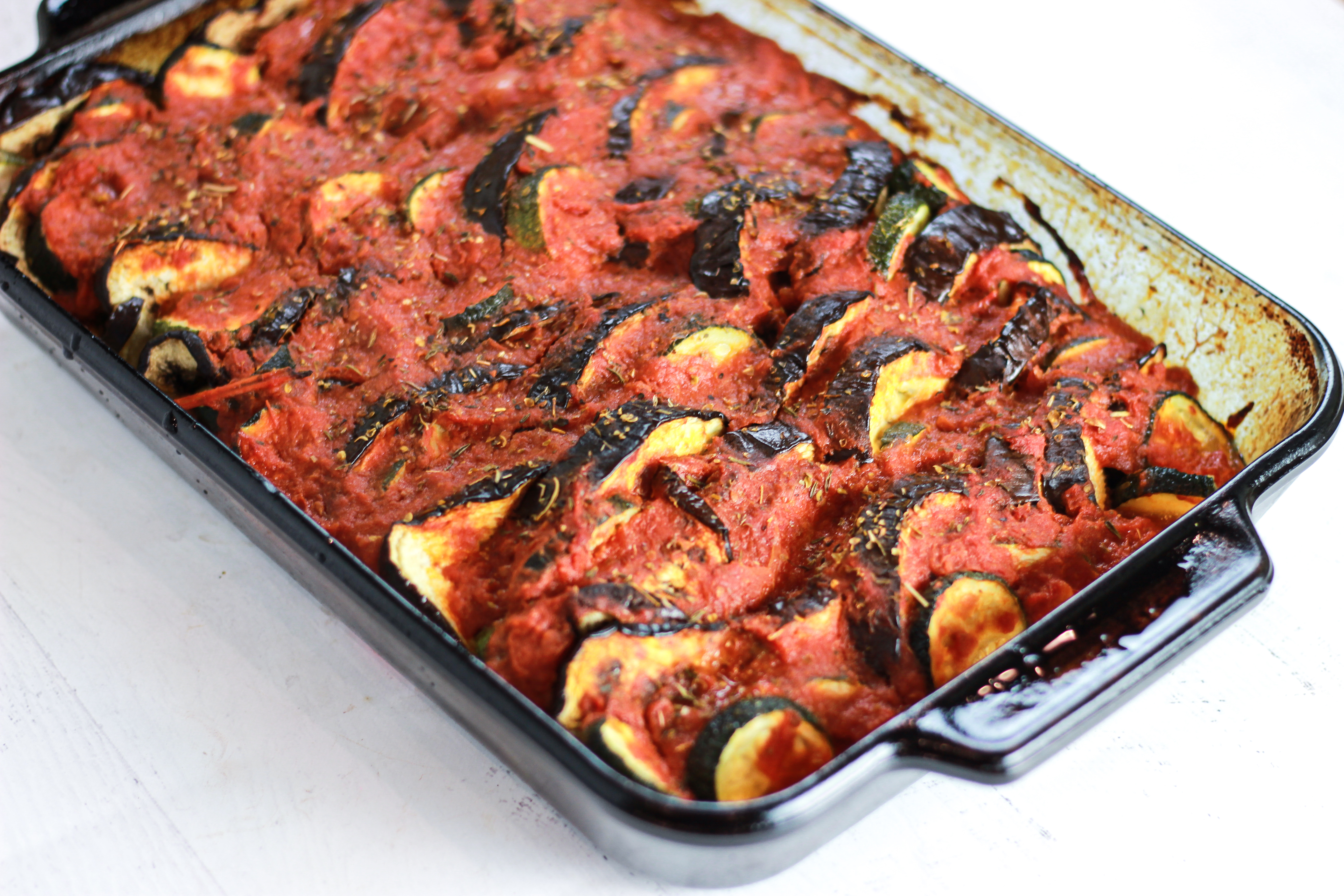 I made this Paleo / Vegan Eggplant Zucchini Marinara for the first time over the holidays last year for my family. I was cooking Christmas dinner by myself, so I wanted some type of vegetable casserole that was easy to make and could be thrown in the oven to serve a large group of people. 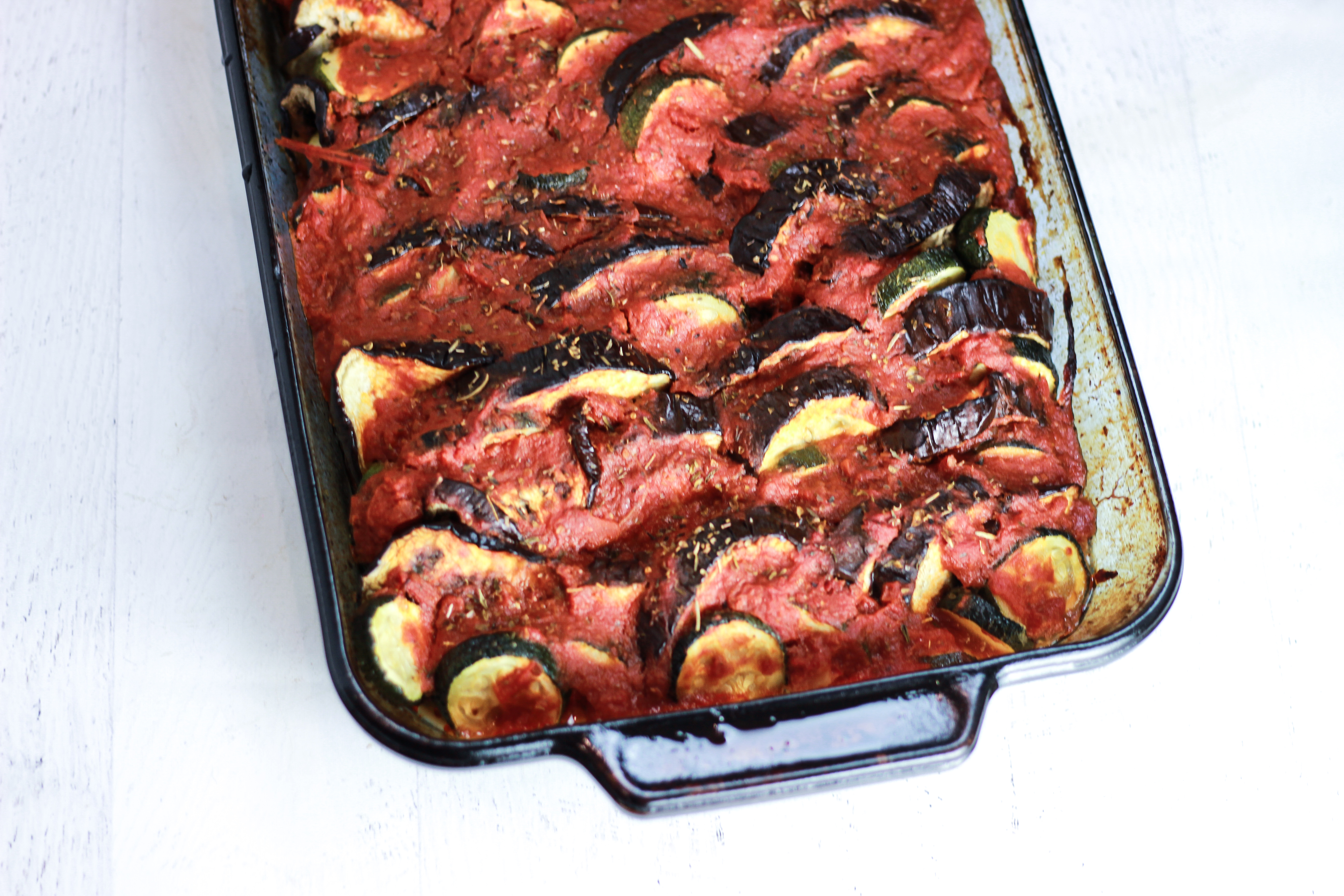 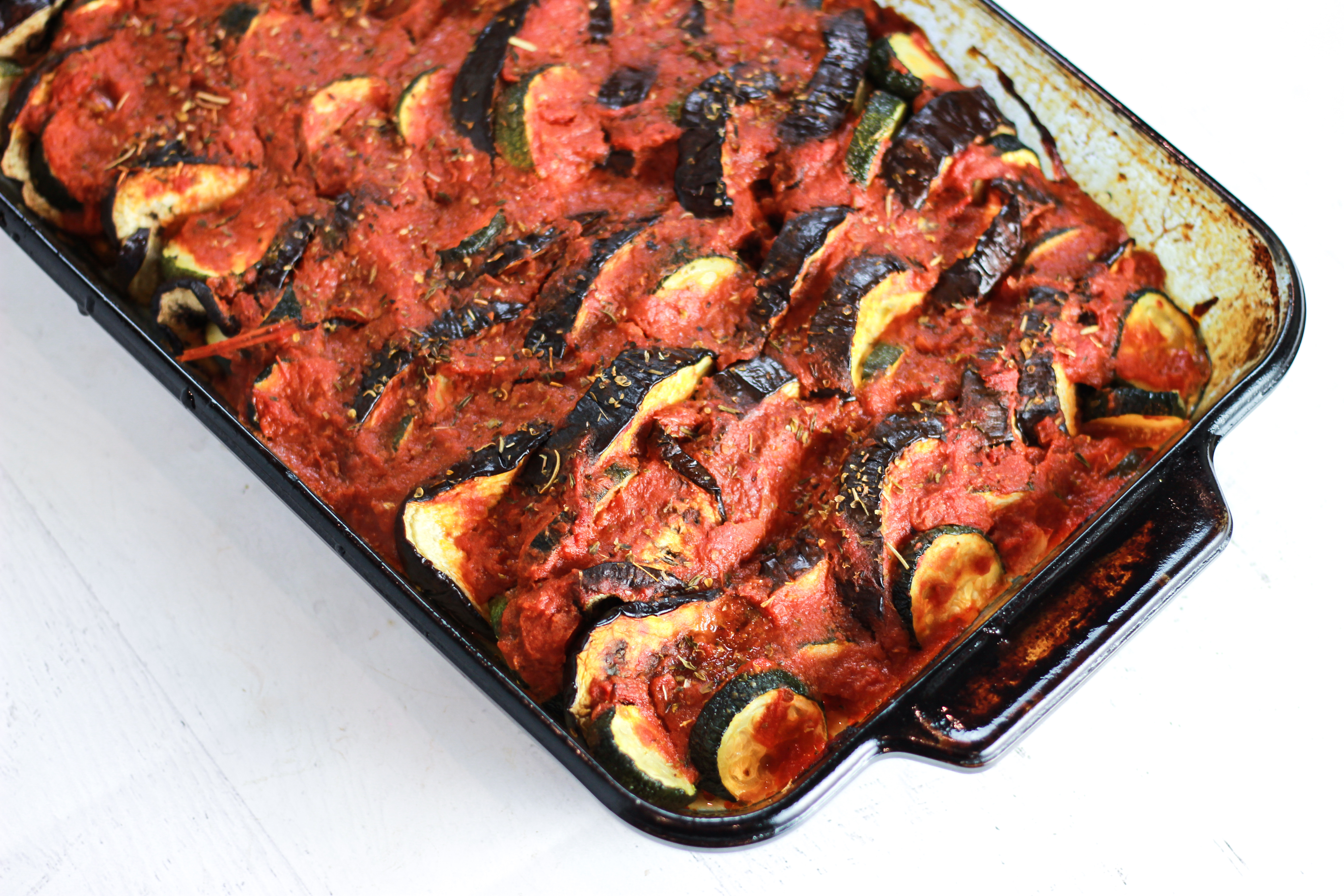 To be quite honest, this dish came together because these were the only ingredients in the fridge I had left to work with! I was originally going to just roast the zucchini and eggplant like I normally would, but then I found a jar of marinara sauce in the cabinet and decided to dress it up a little bit! When in doubt, throw marinara on your food. 😉 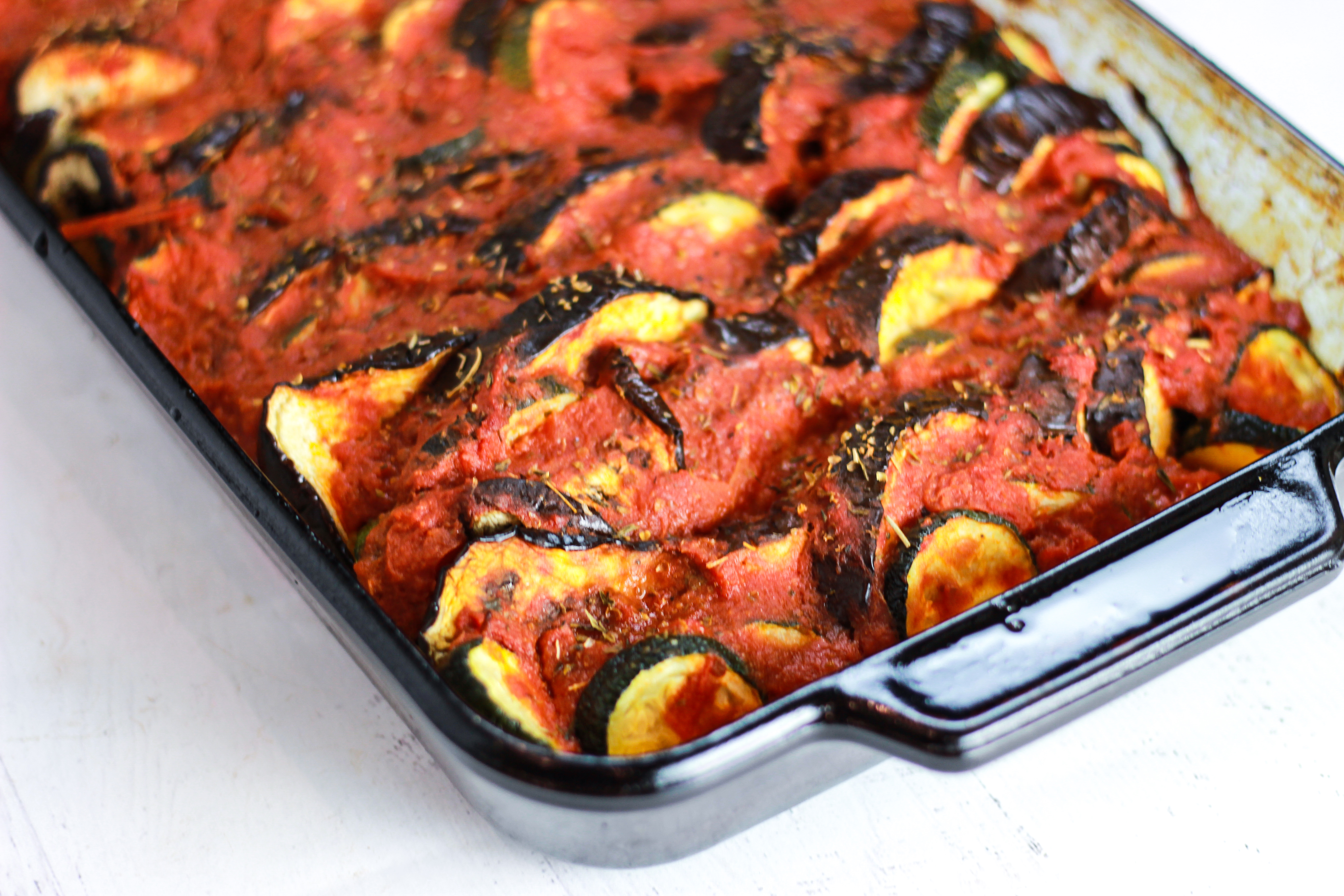 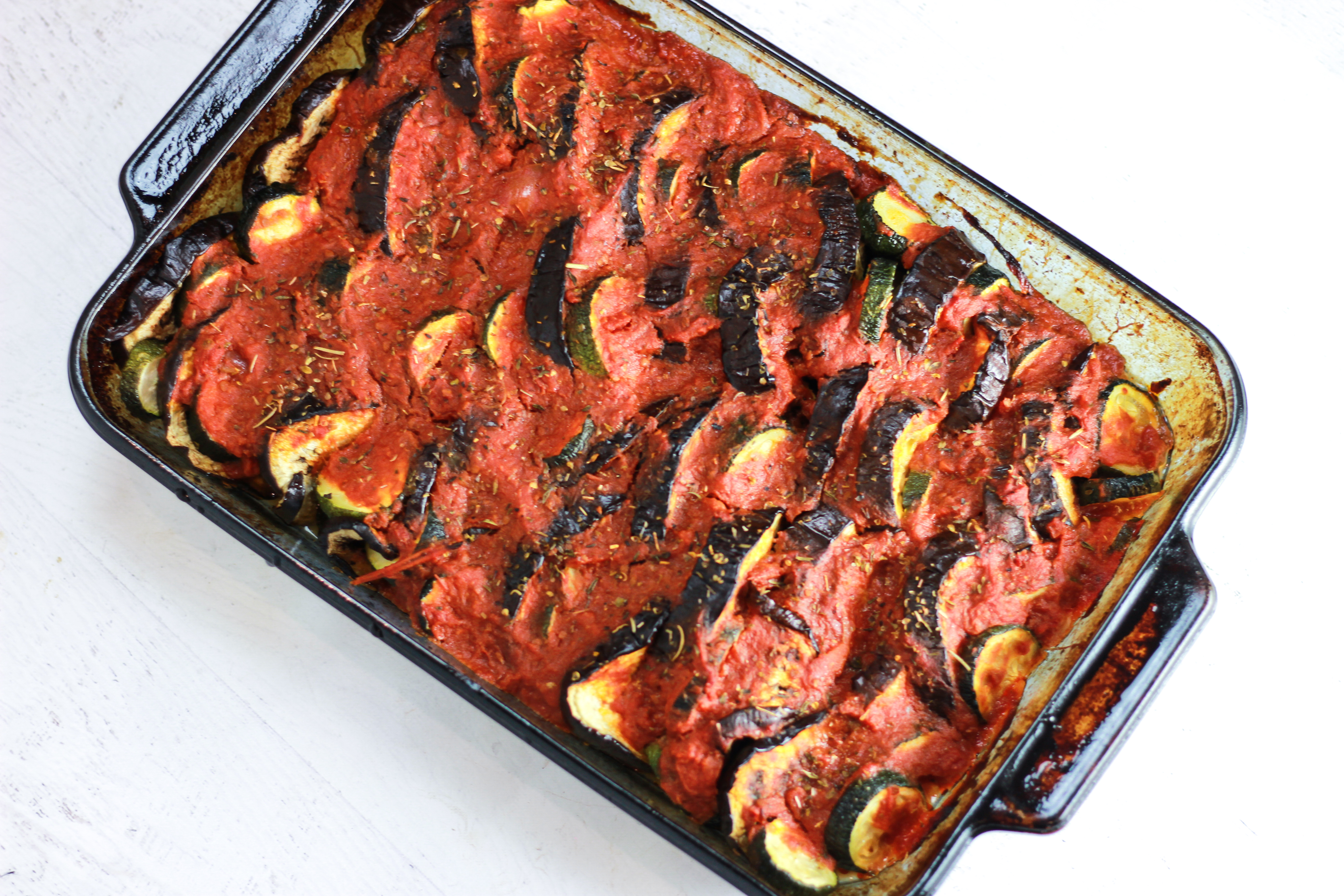 I absolutely love the combination of zucchini, eggplant, and tomato – it reminds me of Italy! This is a simple way to put them all together into a big casserole to meal prep for the week or to cook in bulk for a group. The vegetables and marinara sauce blend together perfectly, and I actually think it tastes even better as leftovers! 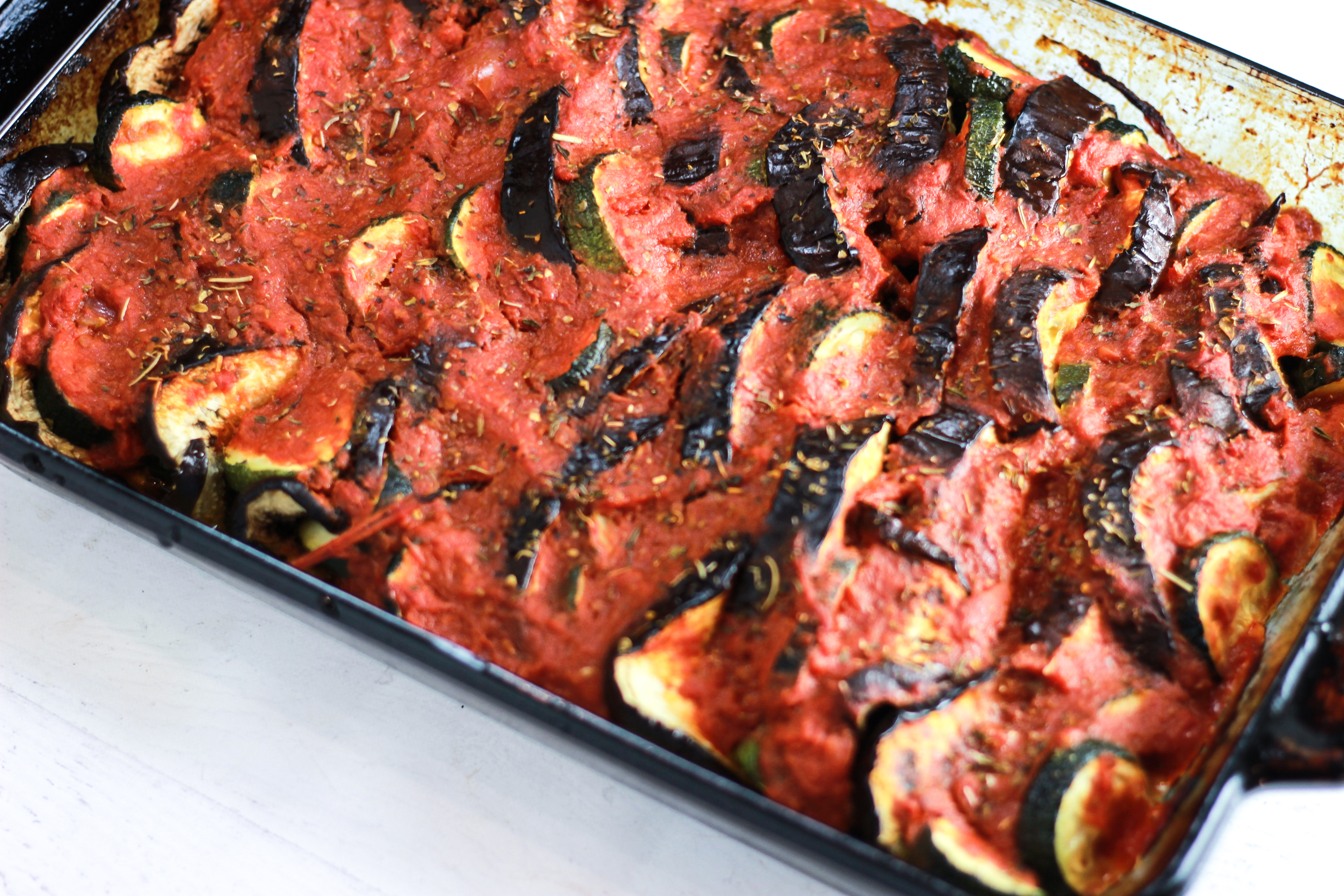 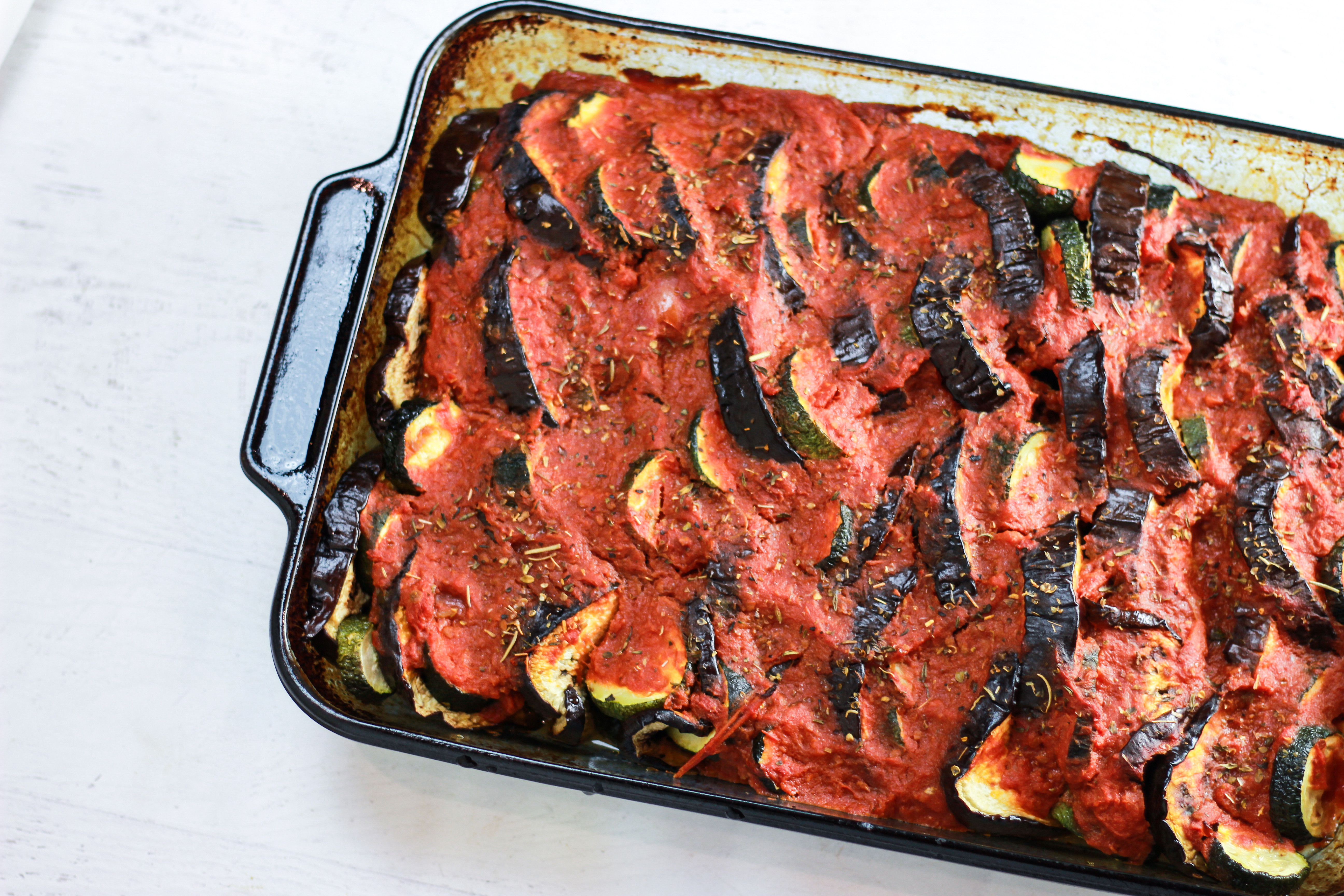 This recipe was a huge success, and it was my family’s favorite dish out of everything that I made for the holiday meal! My mom was shocked at how little went into it, because this veggie dish is bursting with flavor! 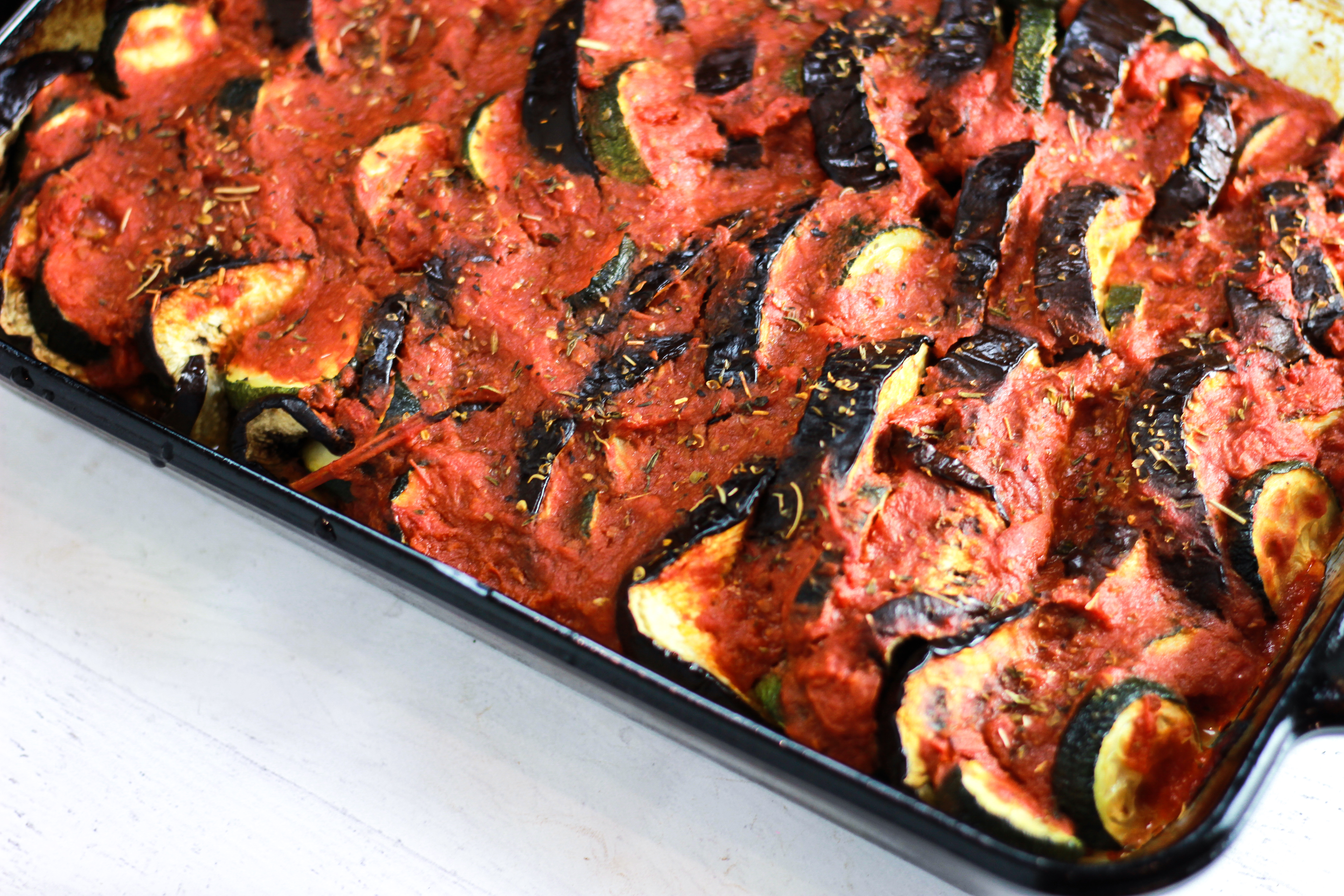 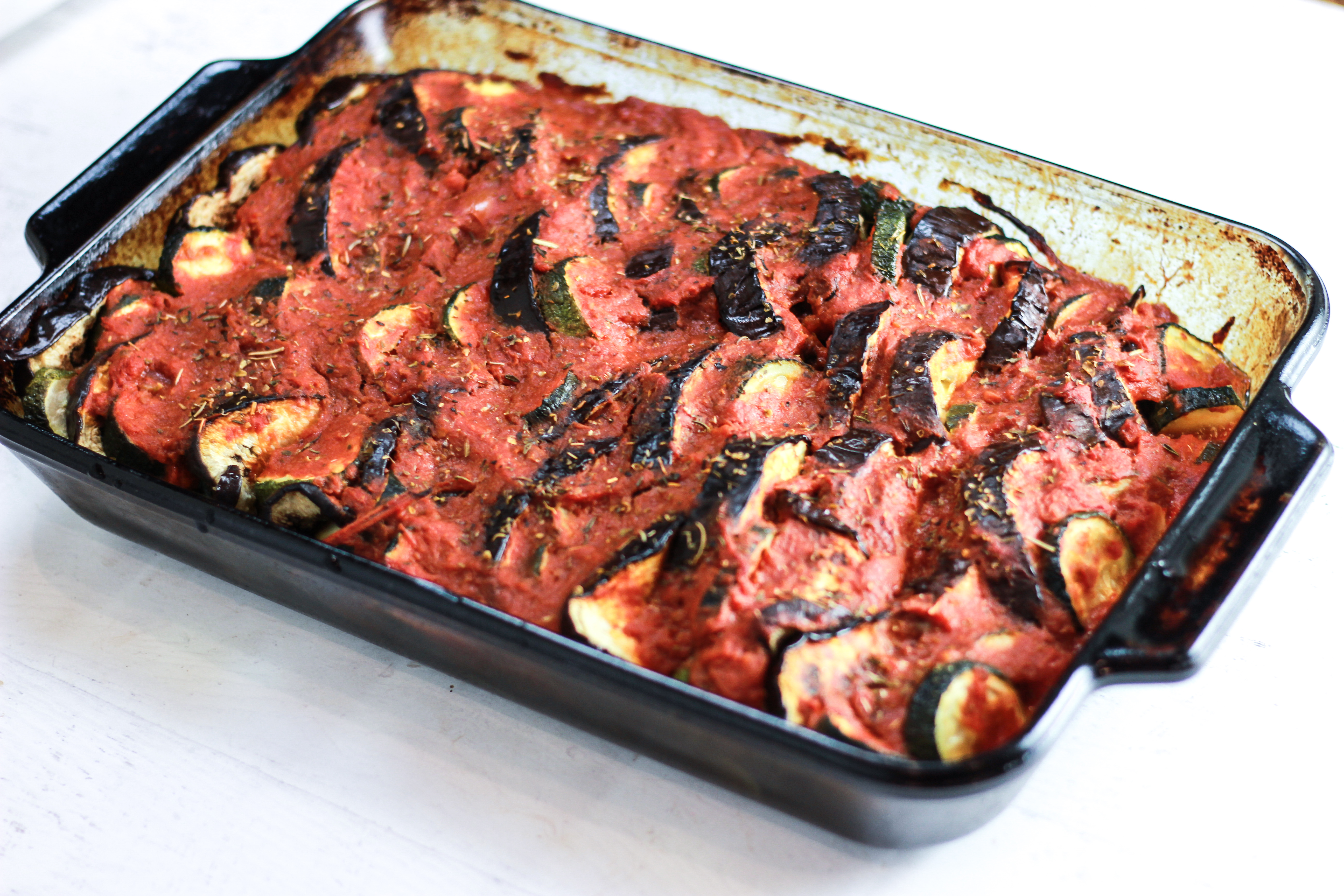 This is the perfect dish to make if you’re lazy in the kitchen but you don’t want to compromise on flavor, and you still want to make an impression. 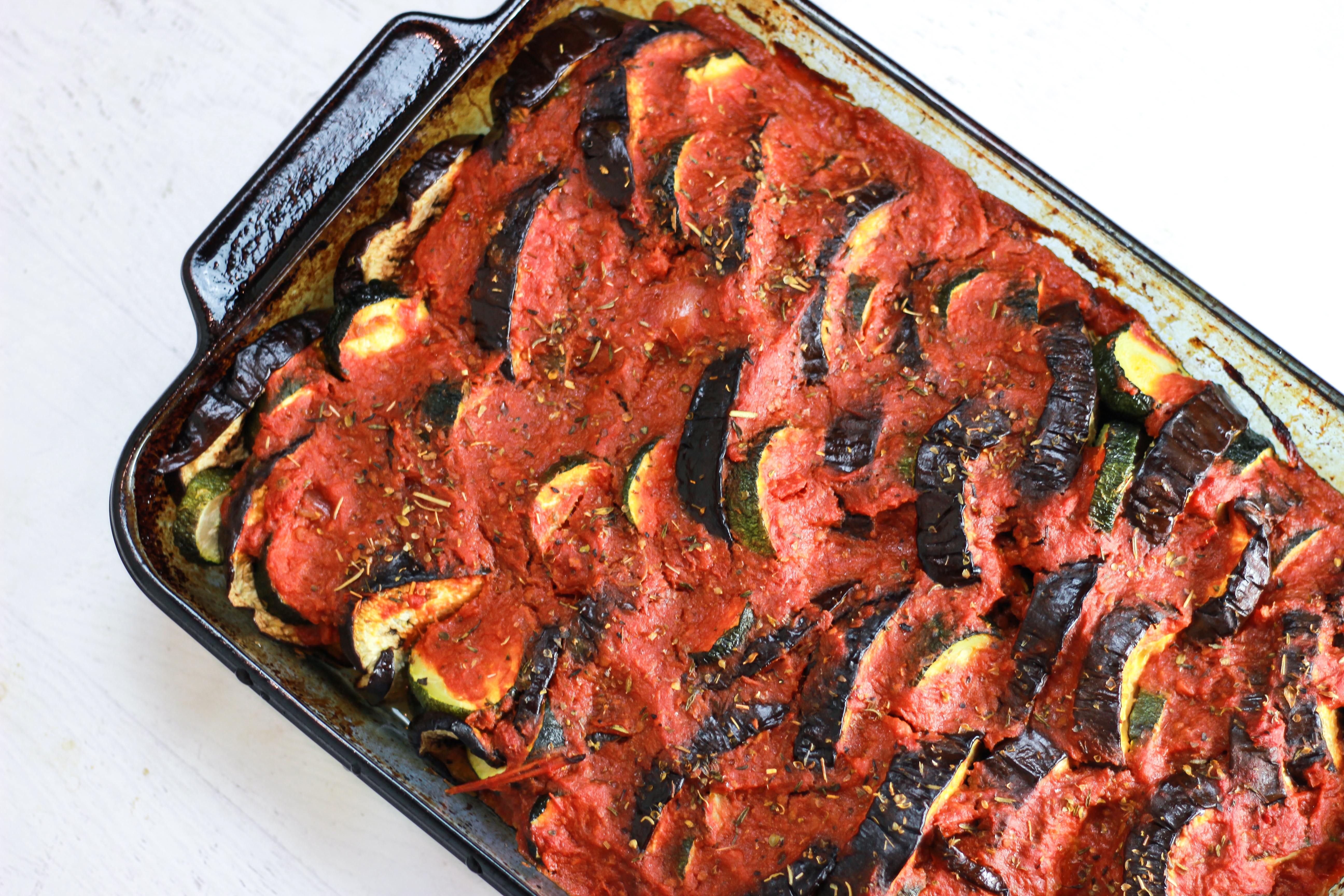 If you don’t like eggplant or zucchini, feel free to leave one of those veggies out and double up on the other. You can also add another vegetable, like yellow squash or mushrooms, depending on your dietary preferences. 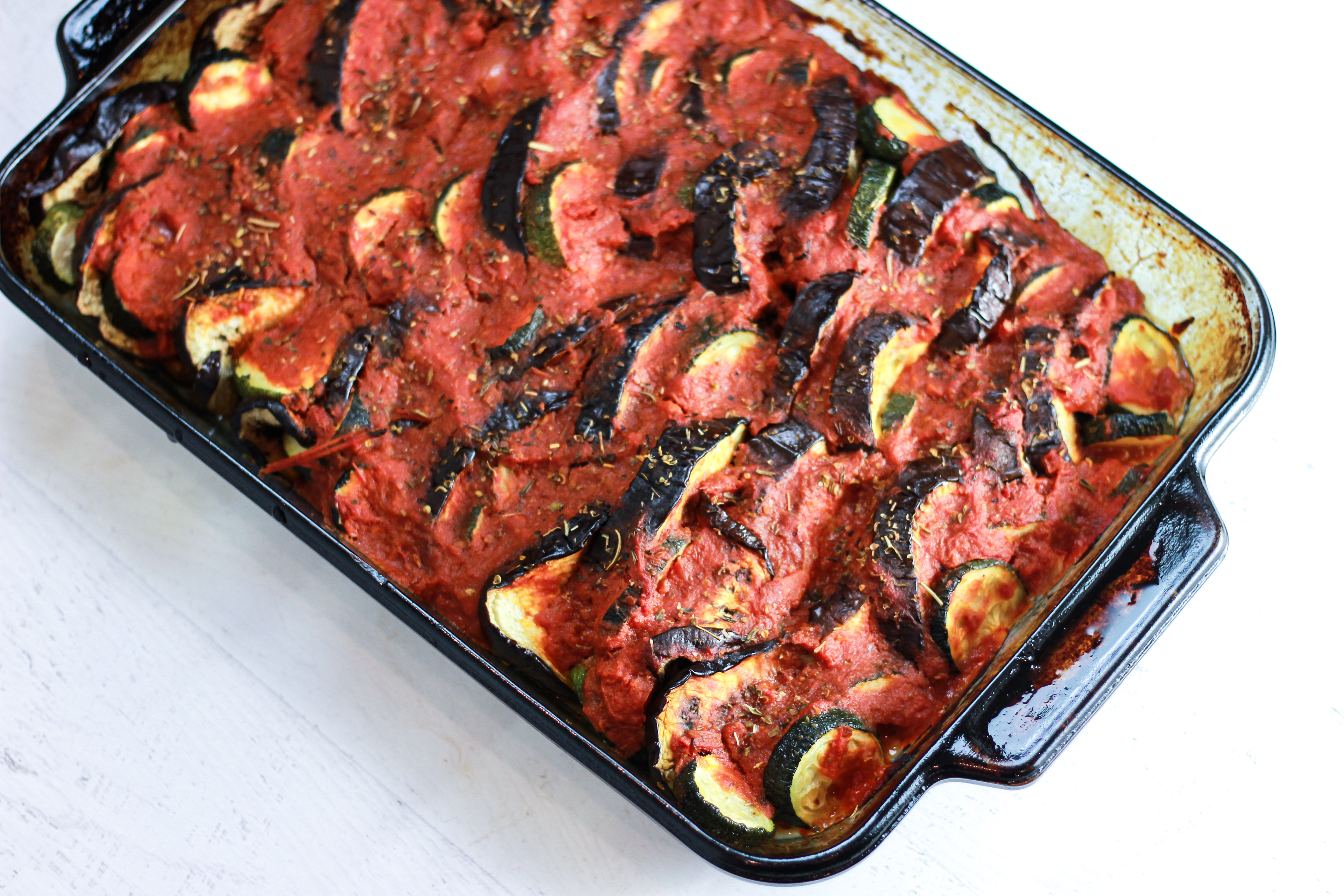 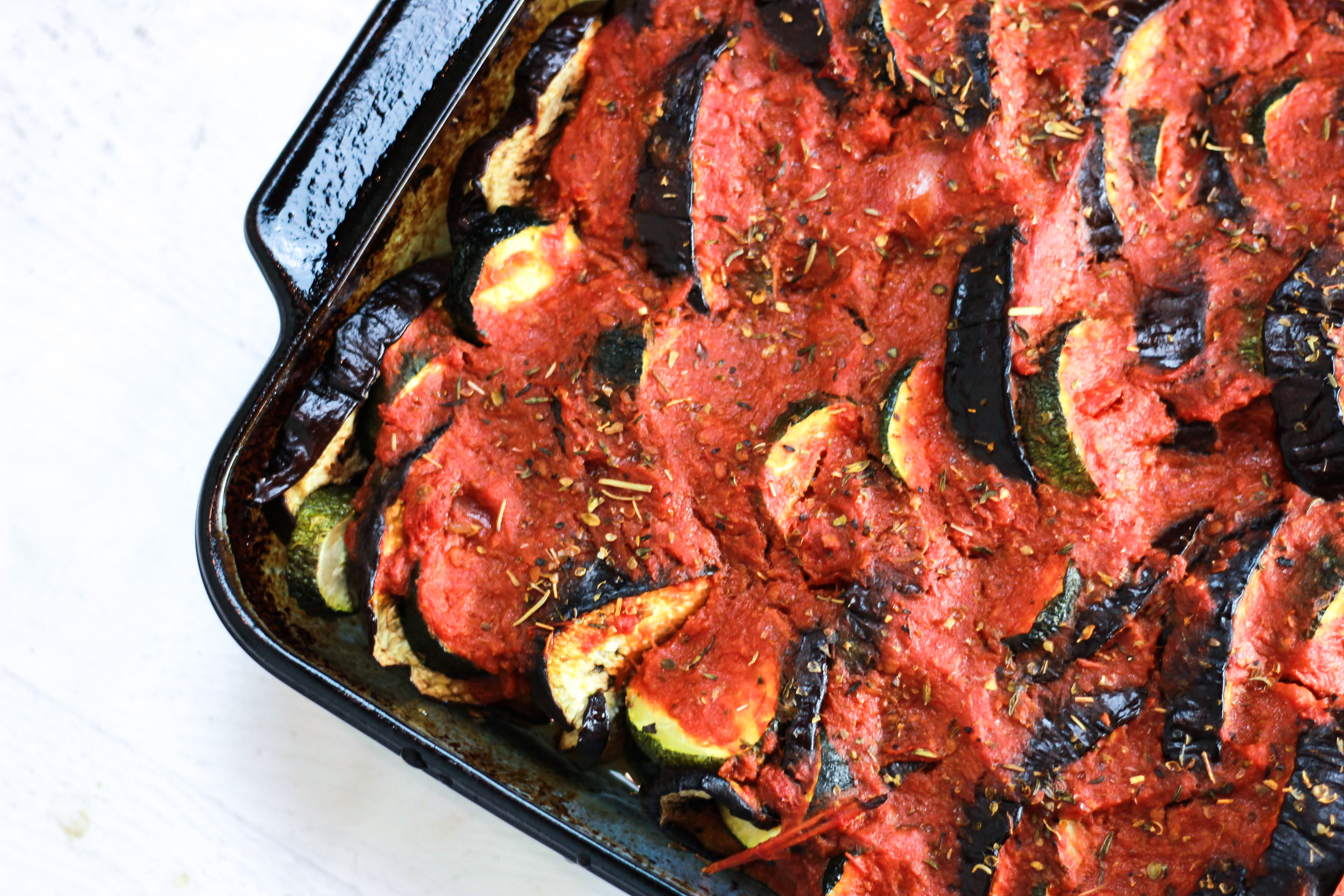 This is also one of my favorite recipes for anyone following a low FODMAP diet! Following low FODMAP can feel very boring and repetitive at times, and this dish is the perfect way to switch it up and enjoy low FODMAP vegetables in a new way! 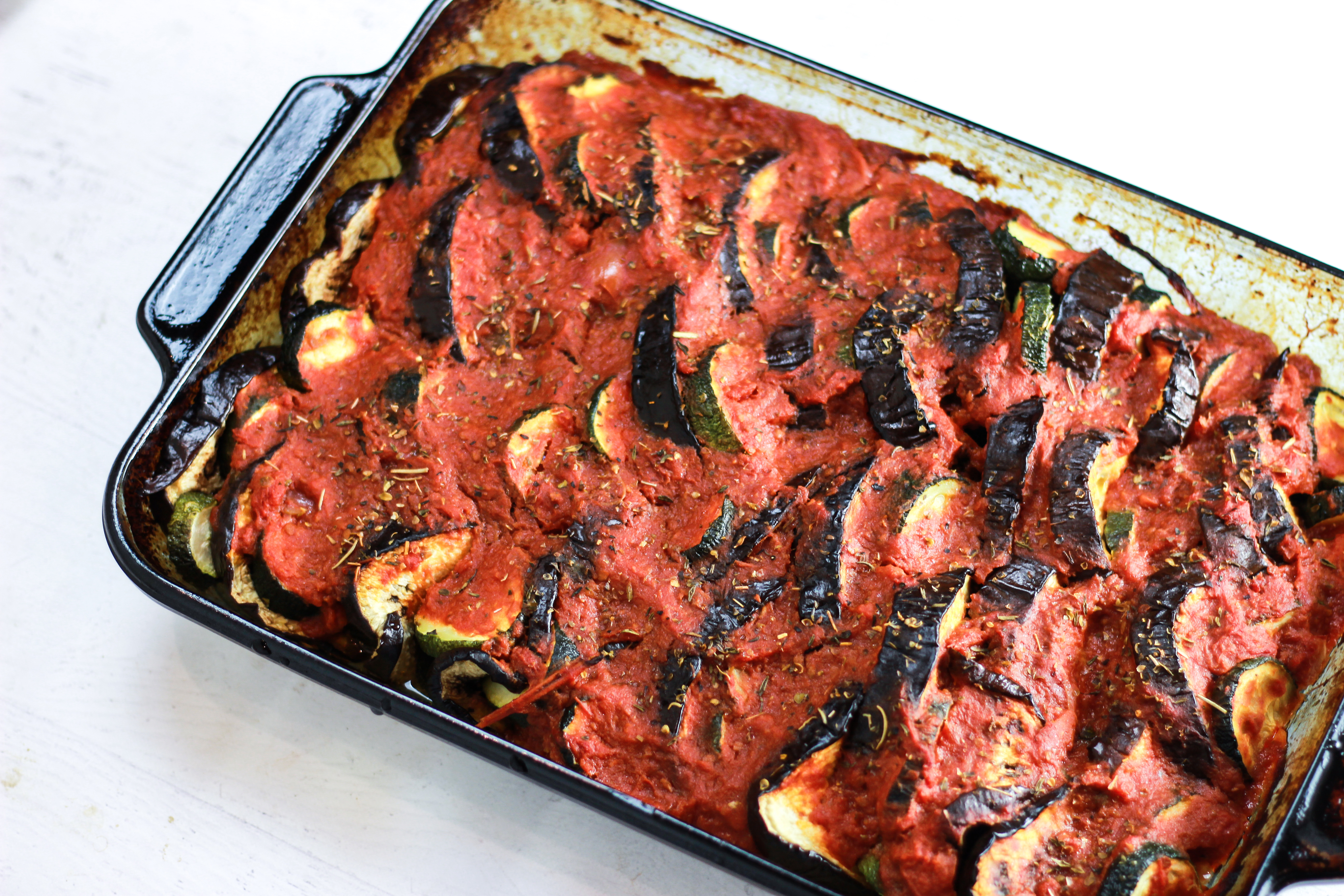 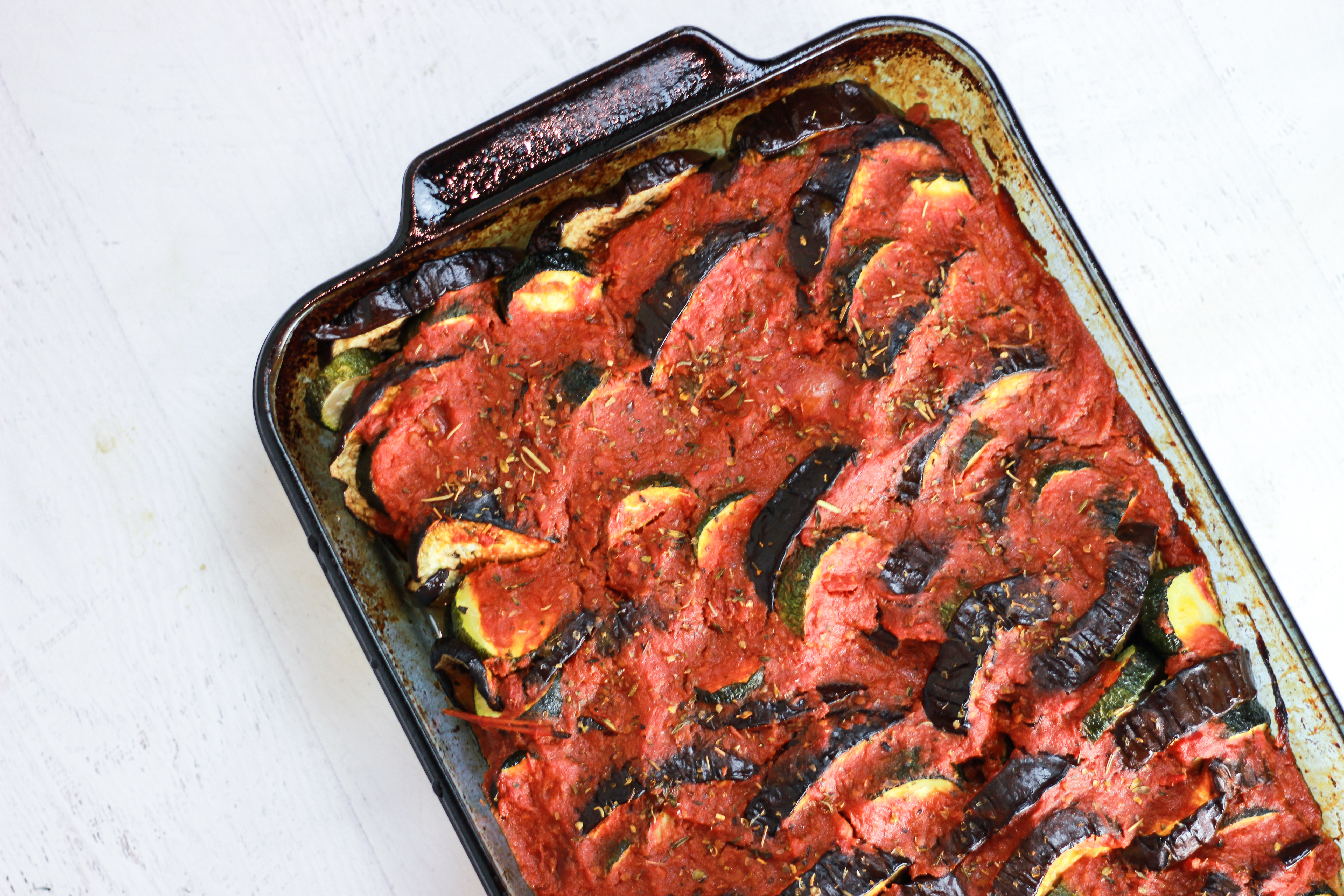 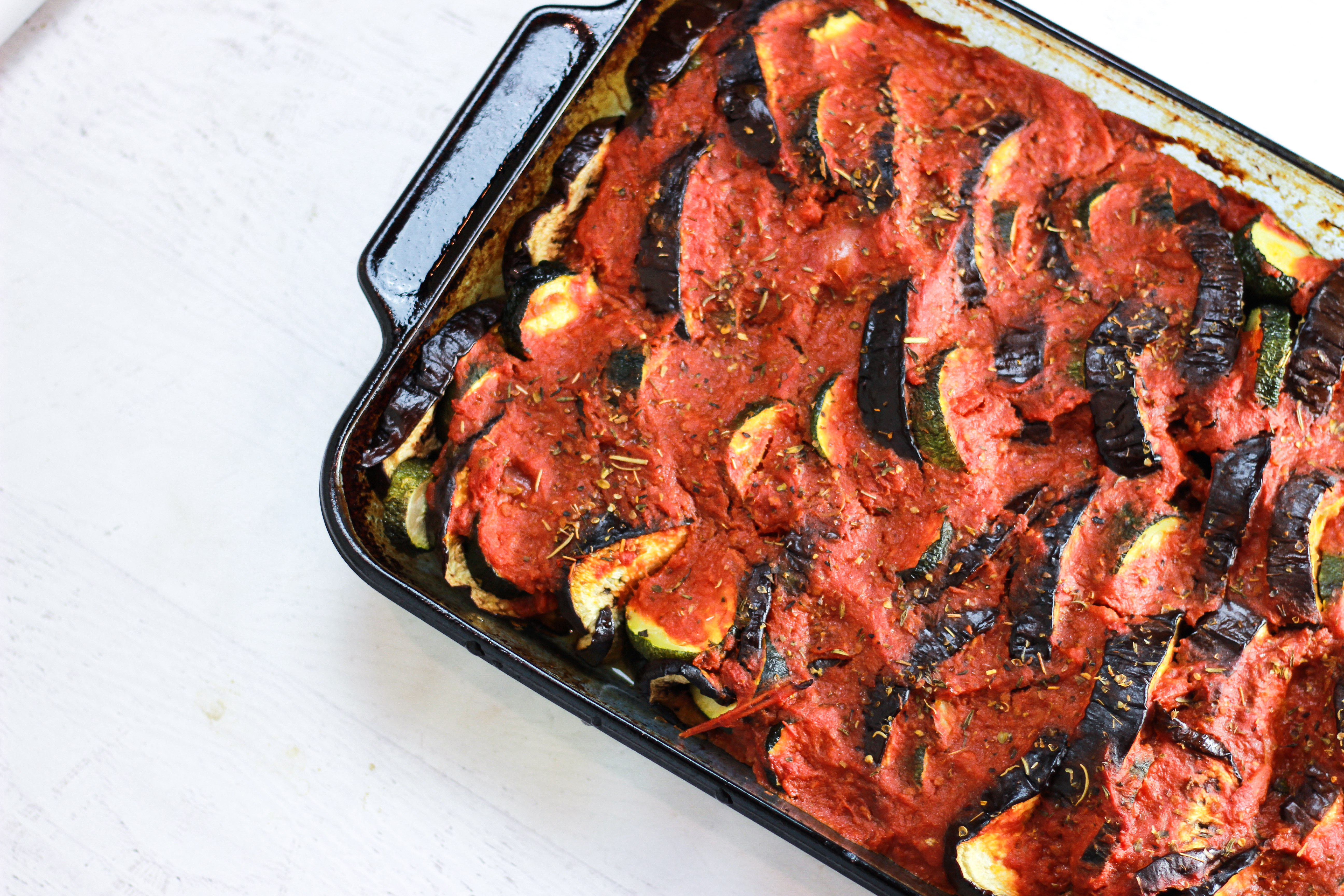 This recipe is paleo, vegan, low carb, low FODMAP, soy-free, and nut-free! It’s the perfect dish to bring to a potluck or to make for family. You can serve it with pretty much any animal protein, and you have a complete meal! 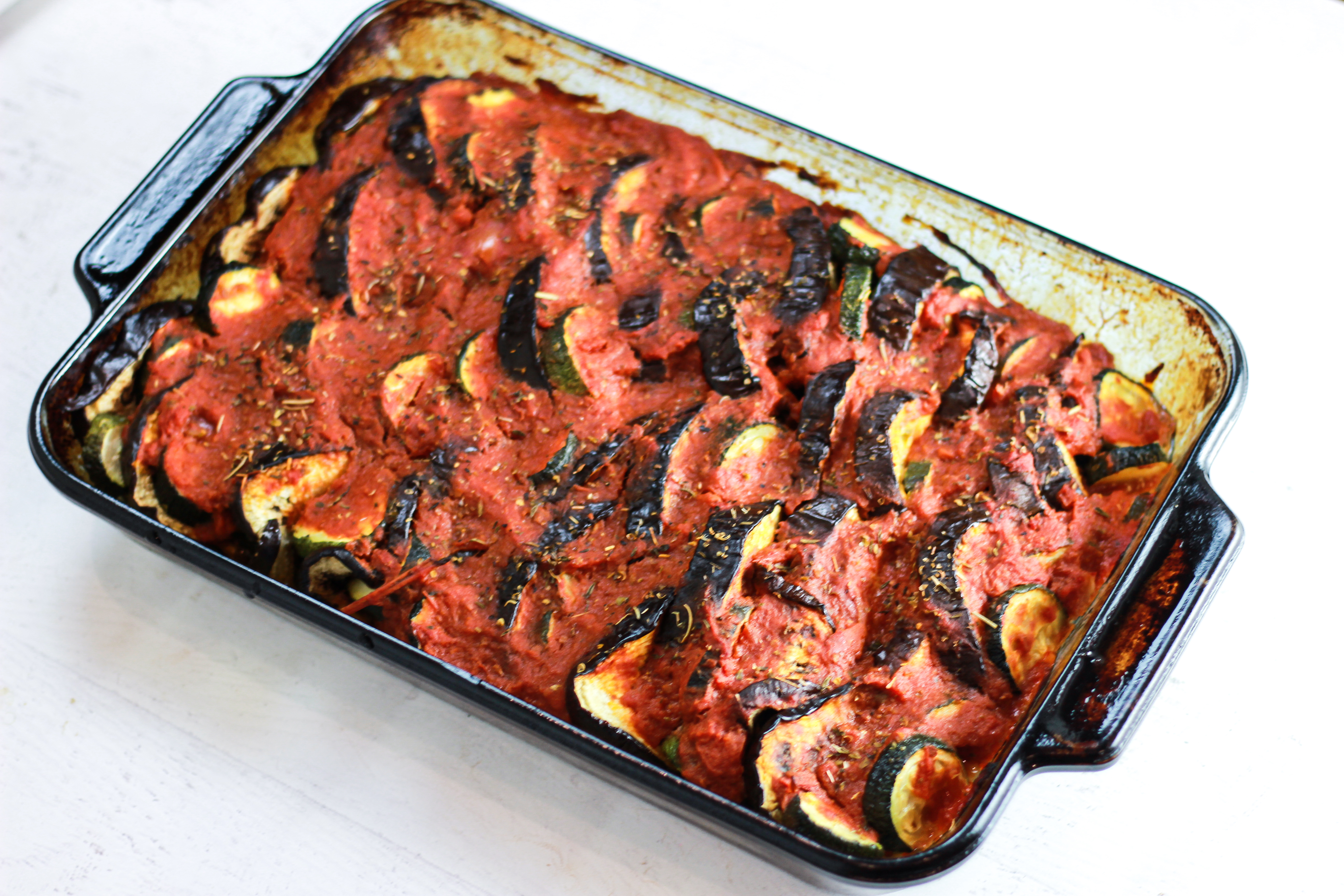 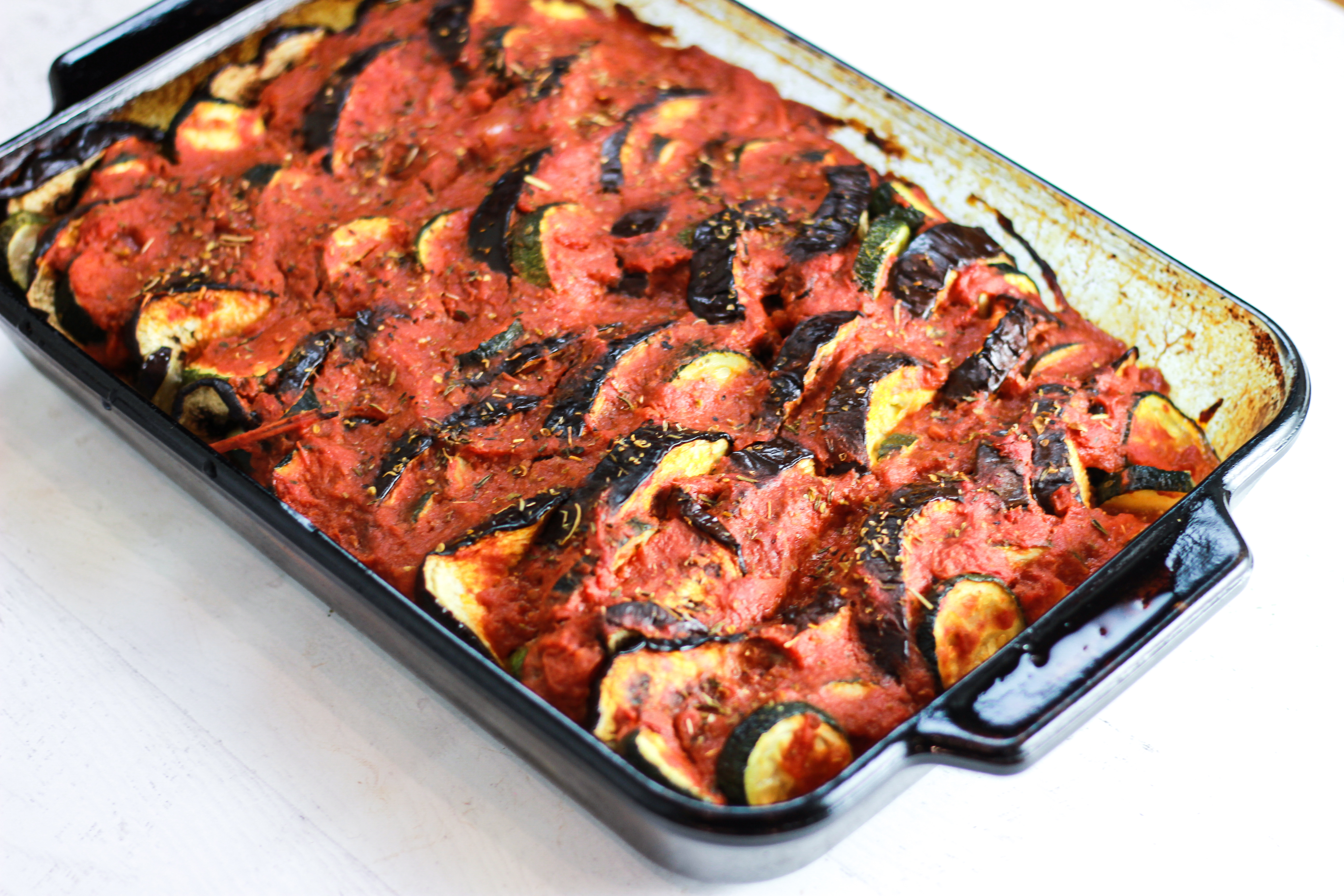