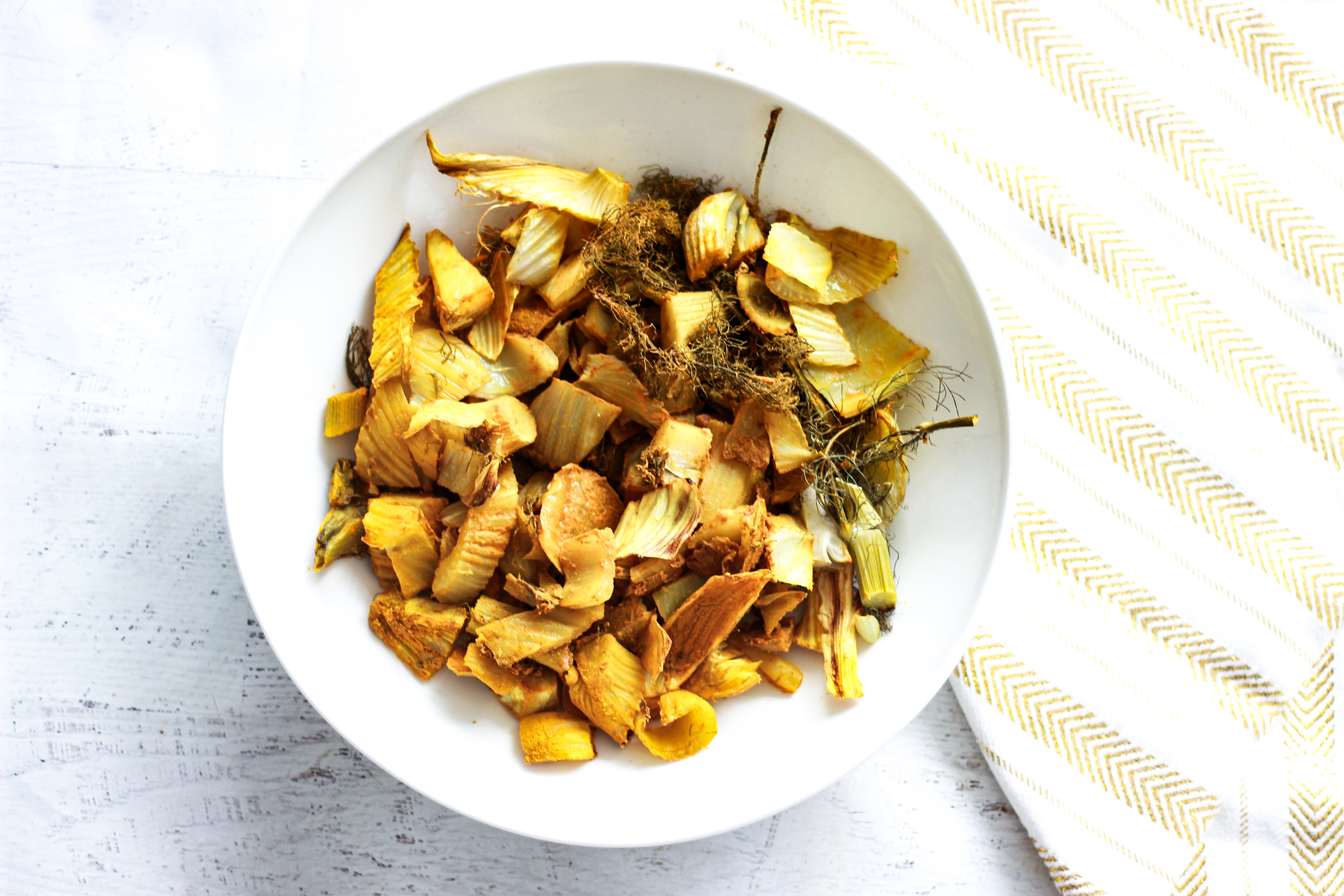 I’ve been told there are a few very specific foods people associate with me, and those include organ meats, celery fries, and FENNEL. Specifically, fennel with the “hair.” 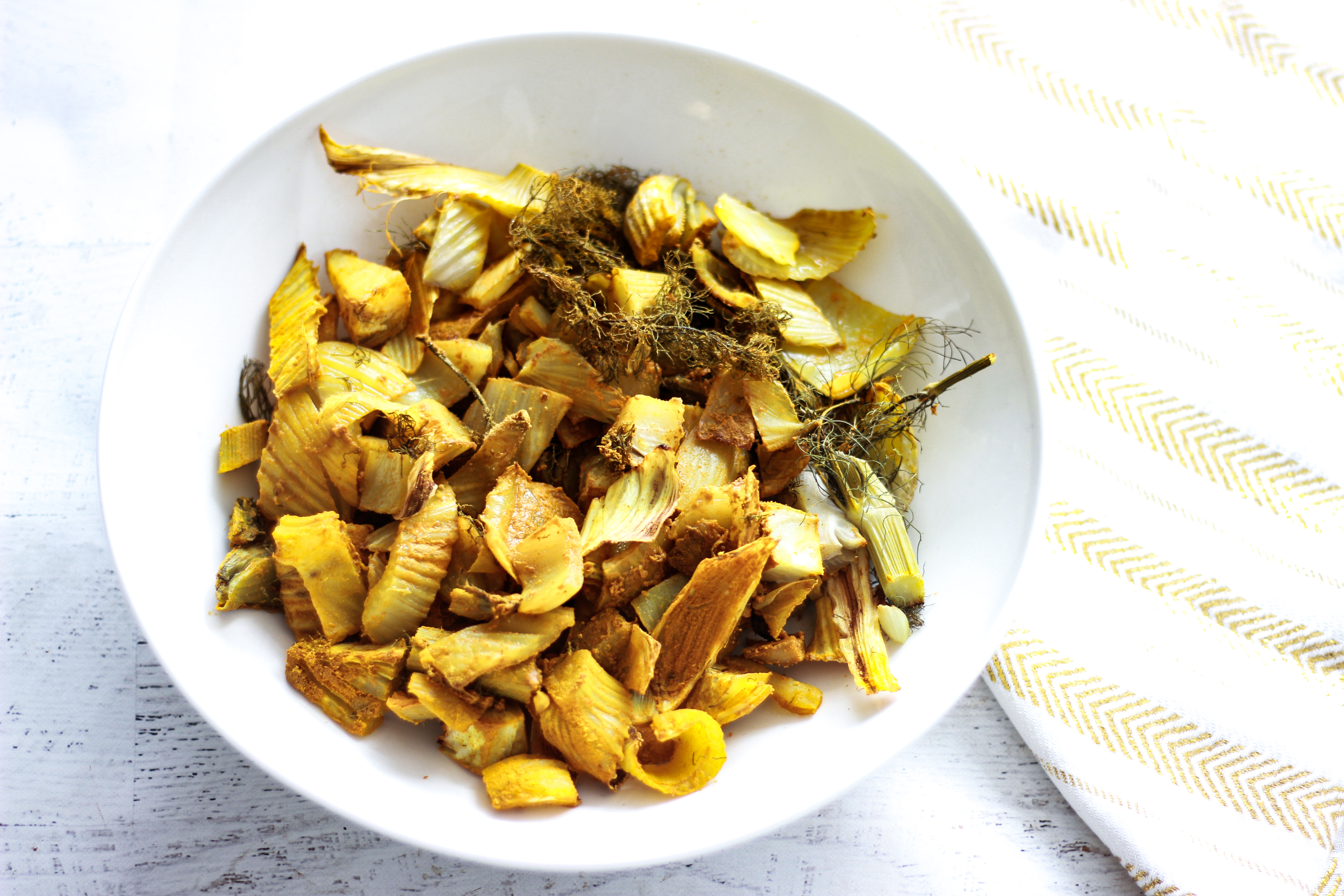 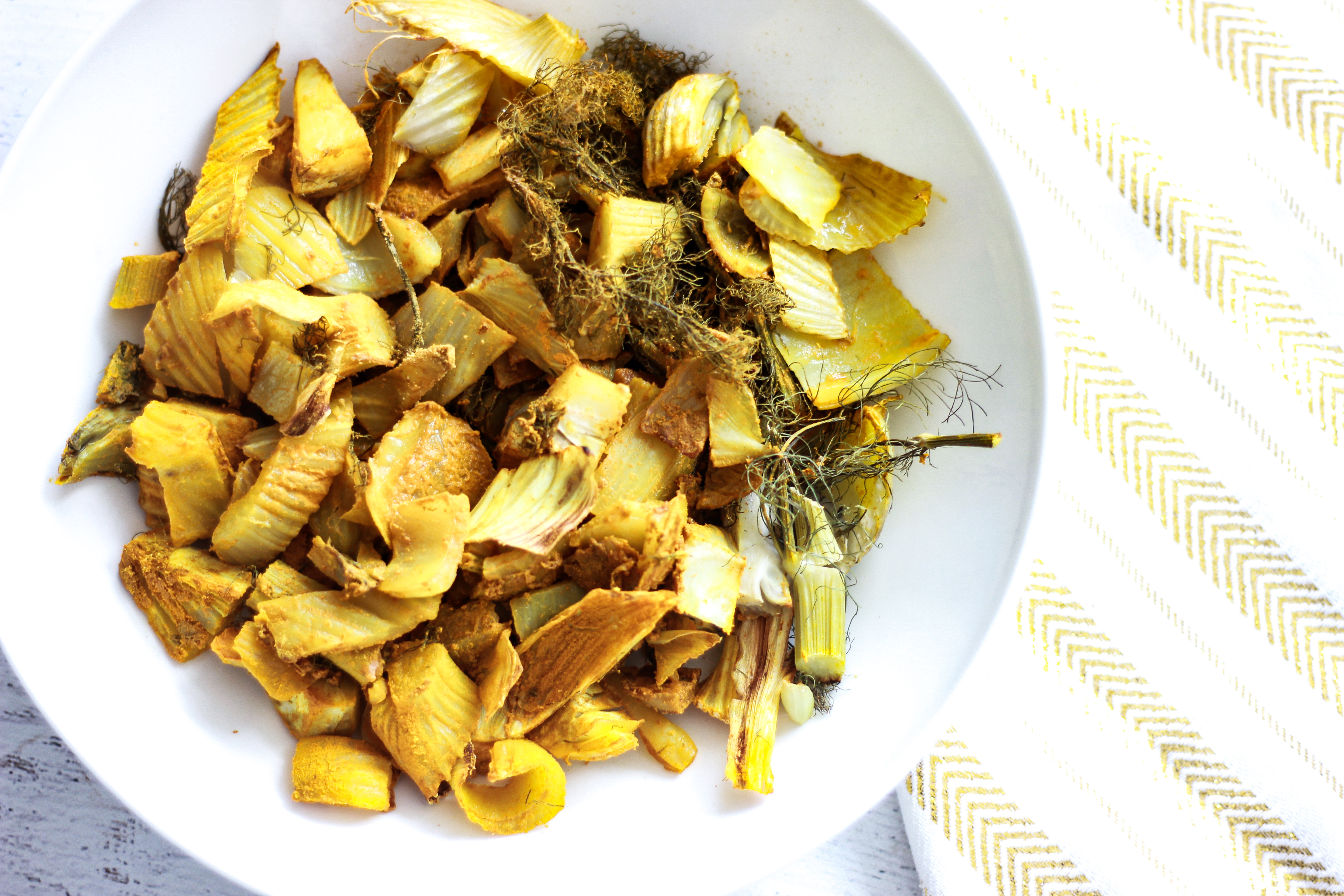 I had actually never even tried fennel until about a year and a half ago, and I very quickly fell deeply in love with it. I’ve toyed around with a lot of food elimination diets over the years, and that’s what led me to finally trying fennel! Whenever I eliminate certain vegetables from my diet, it always encourages me to try new foods I wouldn’t have otherwise! 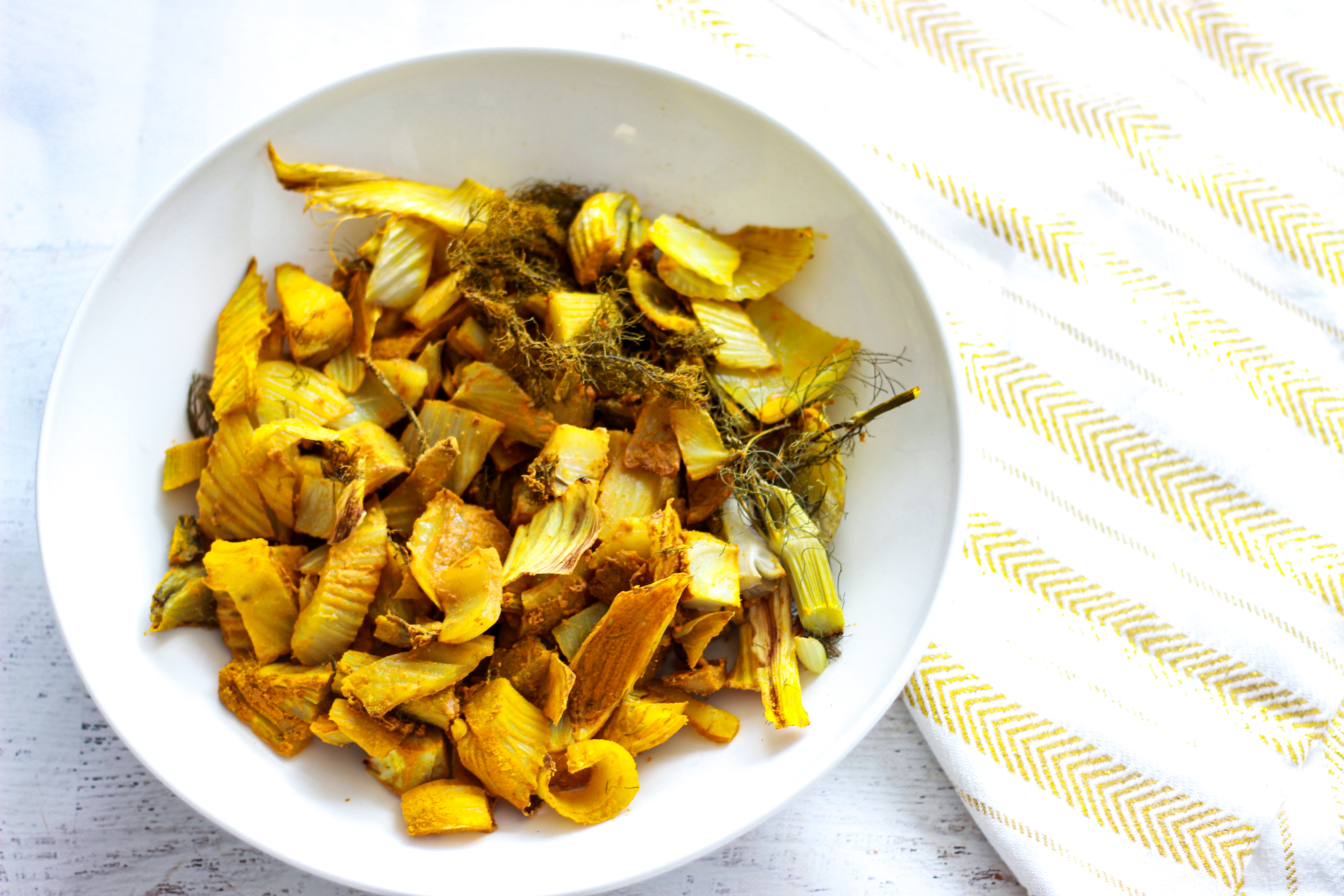 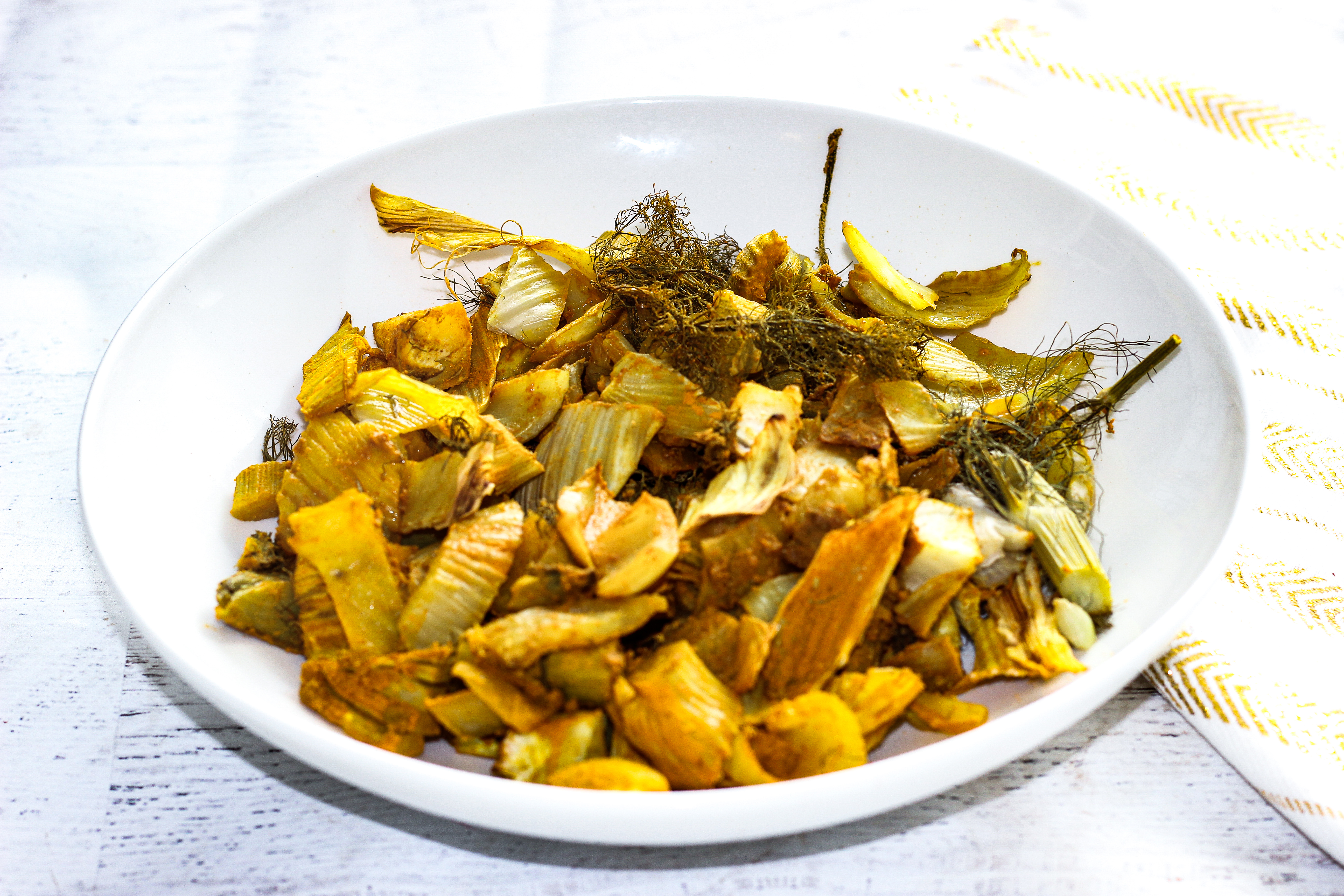 I clearly remember the first time I bought fennel. I got it from Trader Joe’s, took it home, and had no idea what to do with it. So I chopped it up and sauteed it – I had no idea you could eat it raw. It tasted pretty good, but I could immediately tell it would taste even better roasted. 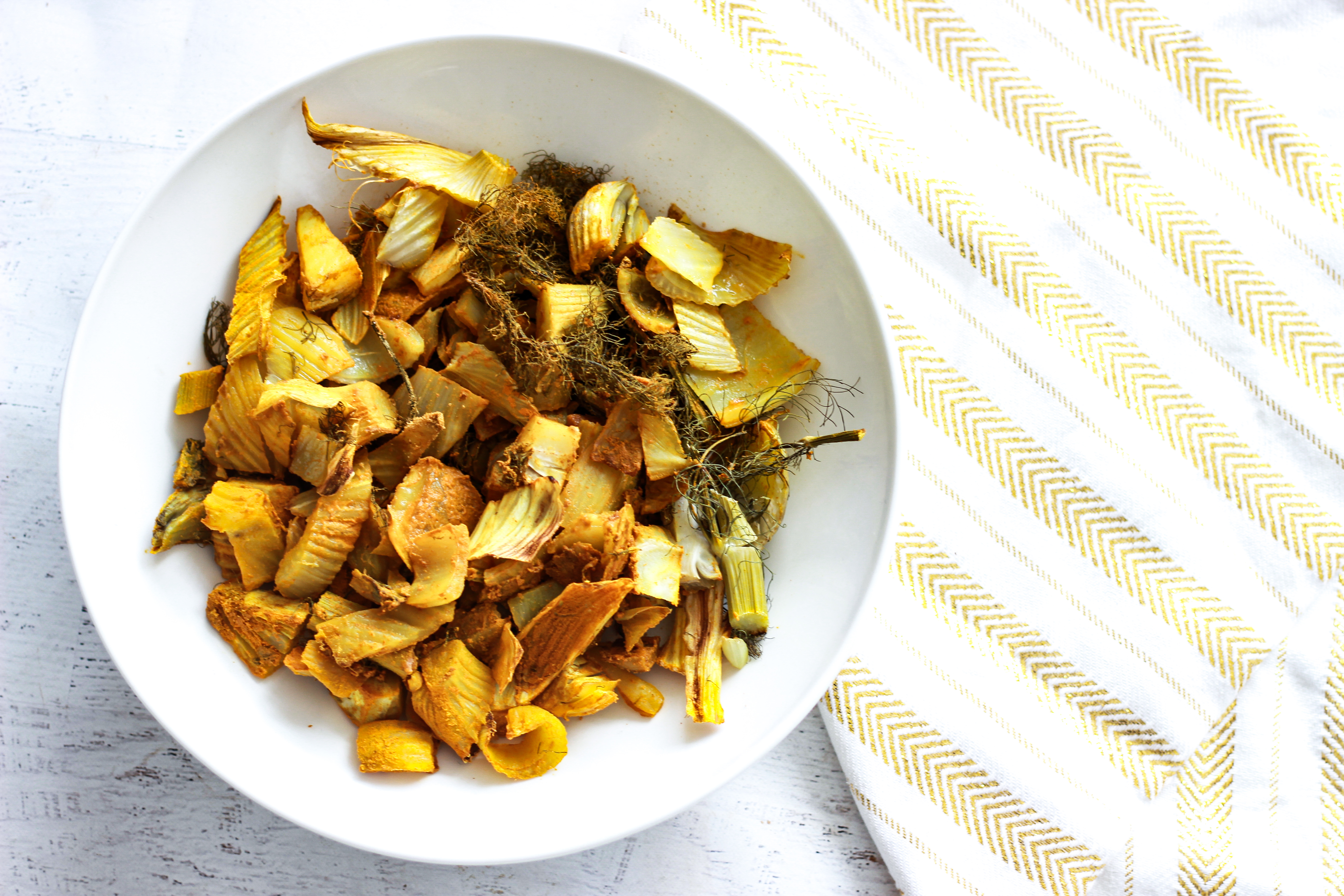 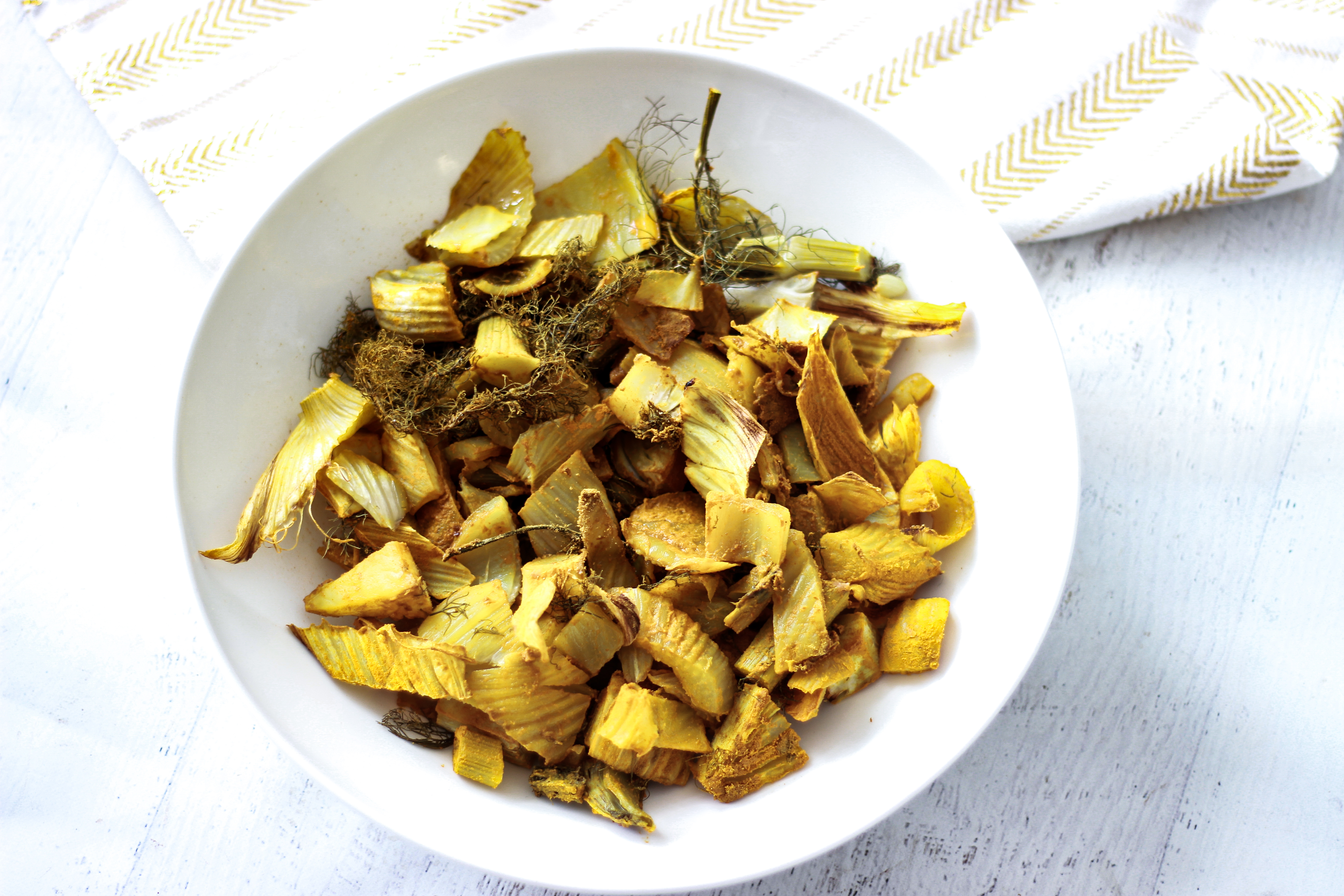 After that, I started roasting my fennel, and I never stopped! I didn’t try raw fennel until about 6 months ago, and to be honest, I did not like it very much. It tastes like licorice when it’s raw, but when it’s roasted, it has a slightly sweet flavor. It just goes to show how you never really know if you like a food until you try it cooked in different ways! 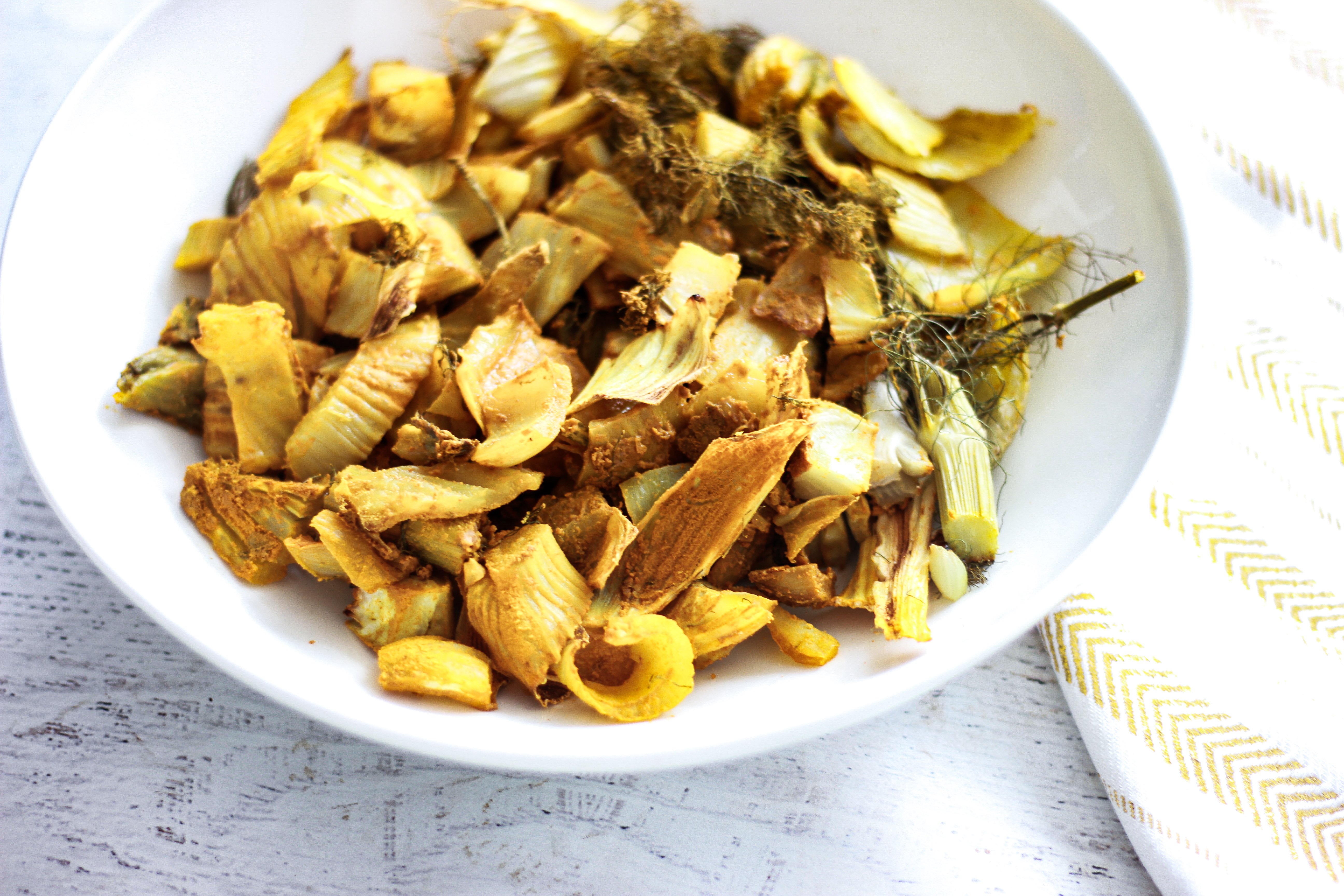 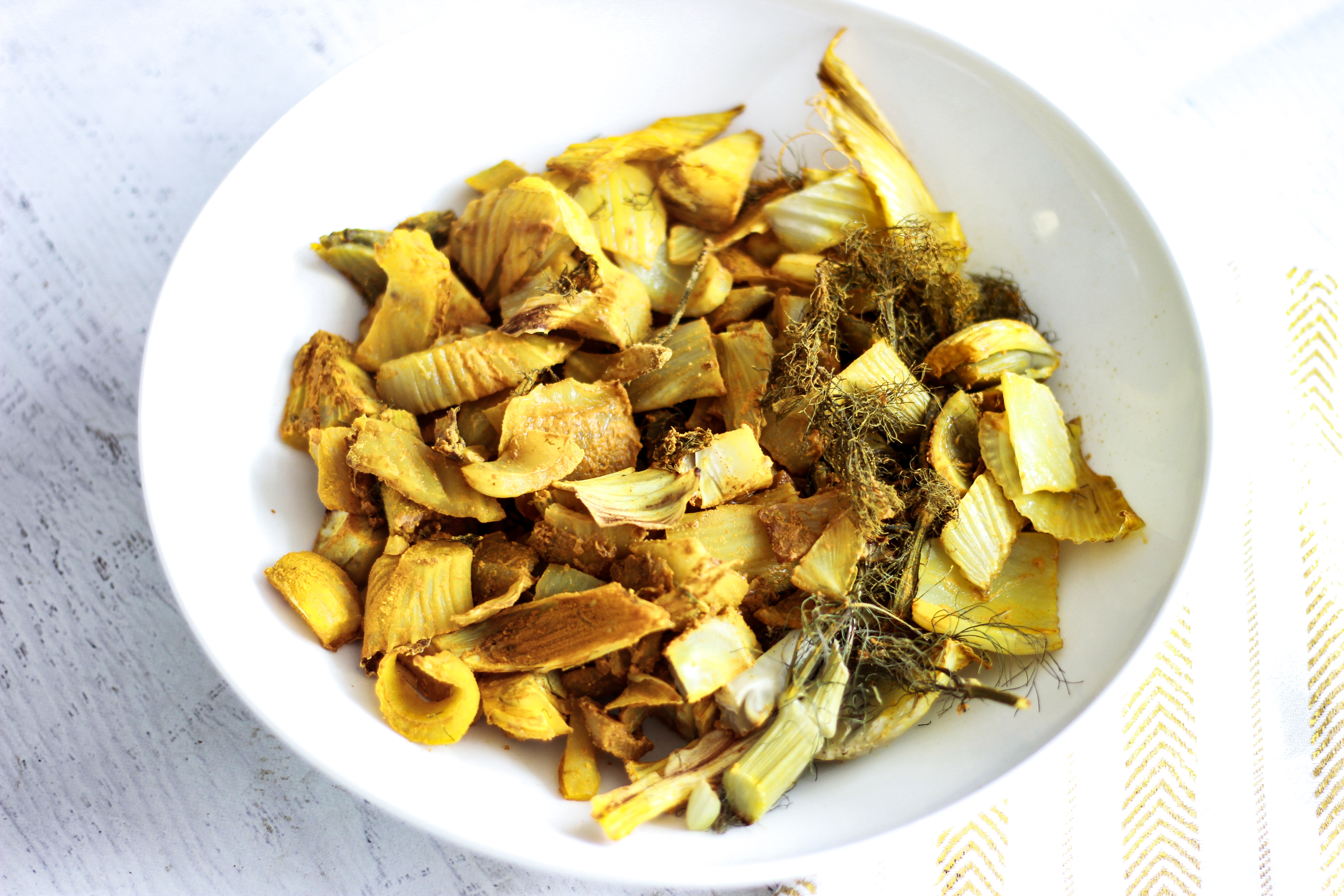 So I started cooking fennel more, and I also started buying it from other stores. At Trader Joe’s, the fennel stalks are cut off, but they’re not cut off when you buy fennel from other grocery stores. That’s how I discovered fennel “hair.” It’s the thin green, threadlike pieces attached to the top of the fennel stalks. 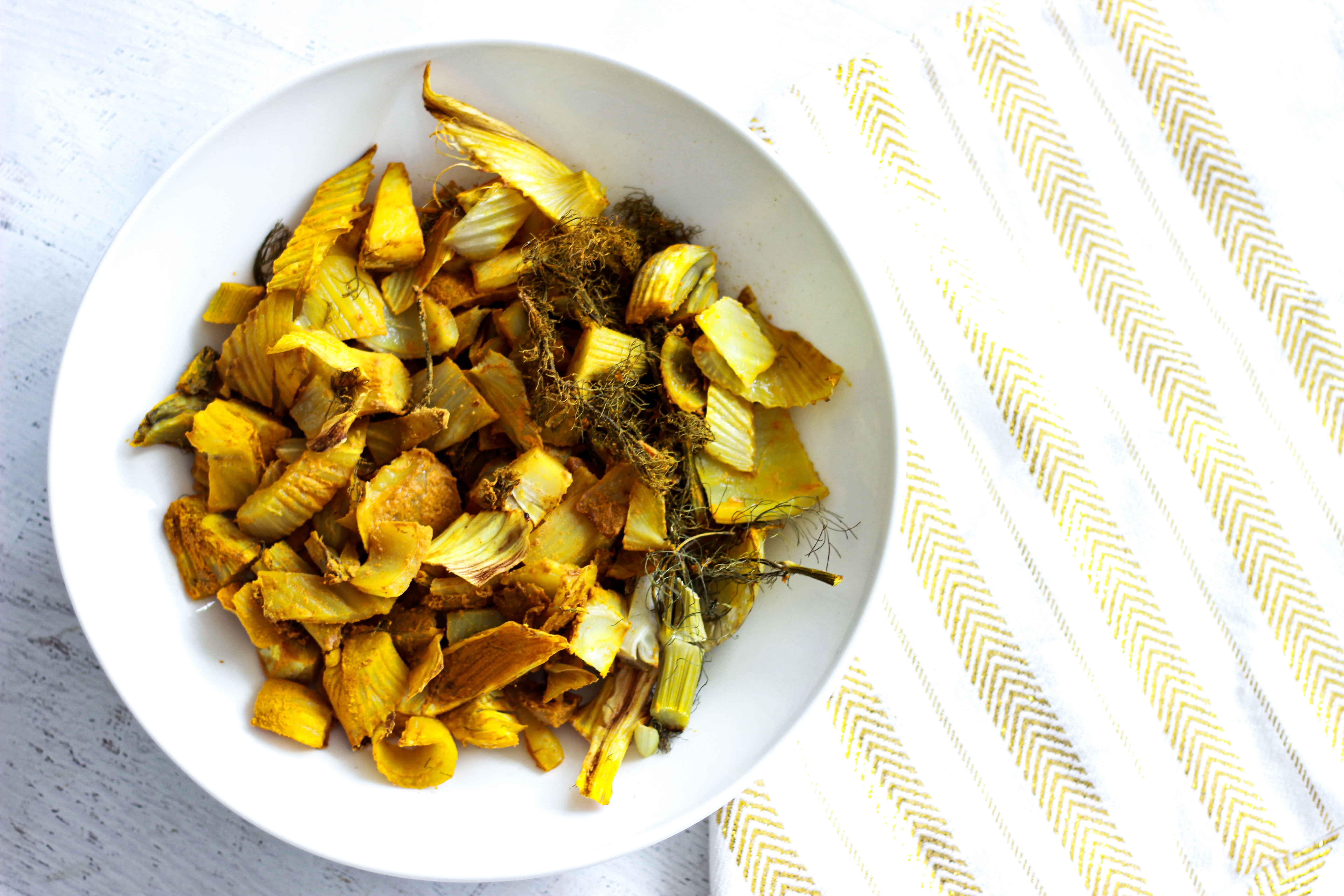 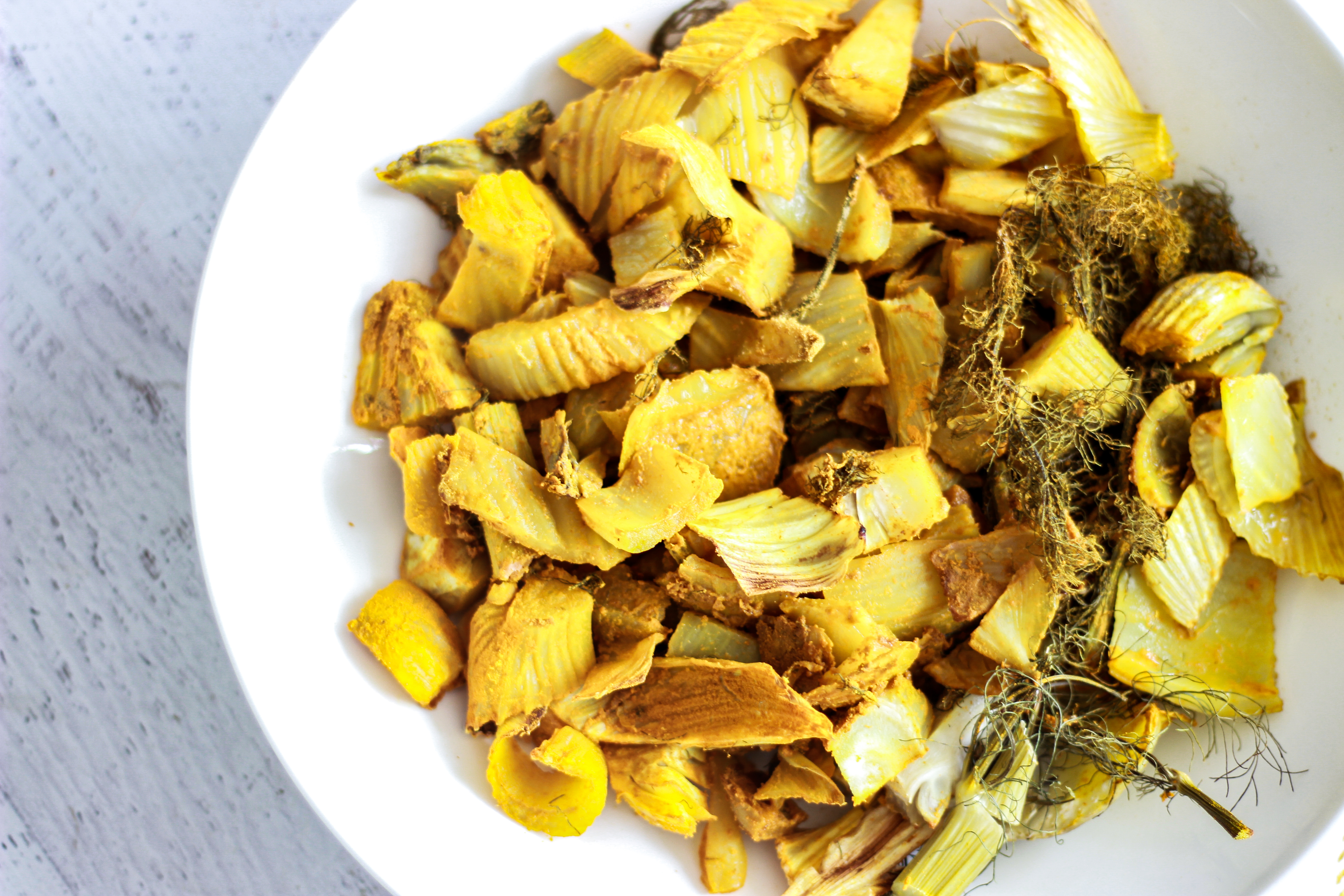 Roasted fennel hair is probably what most people identify as “my thing.” I’m all about “no food left behind” – so I roast every part of every vegetable I buy. I roast the greens on radishes, broccoli stalks, cauliflower stems, zucchini tops, and definitely the stalks and “hair” on fennel. It’s actually my favorite part! 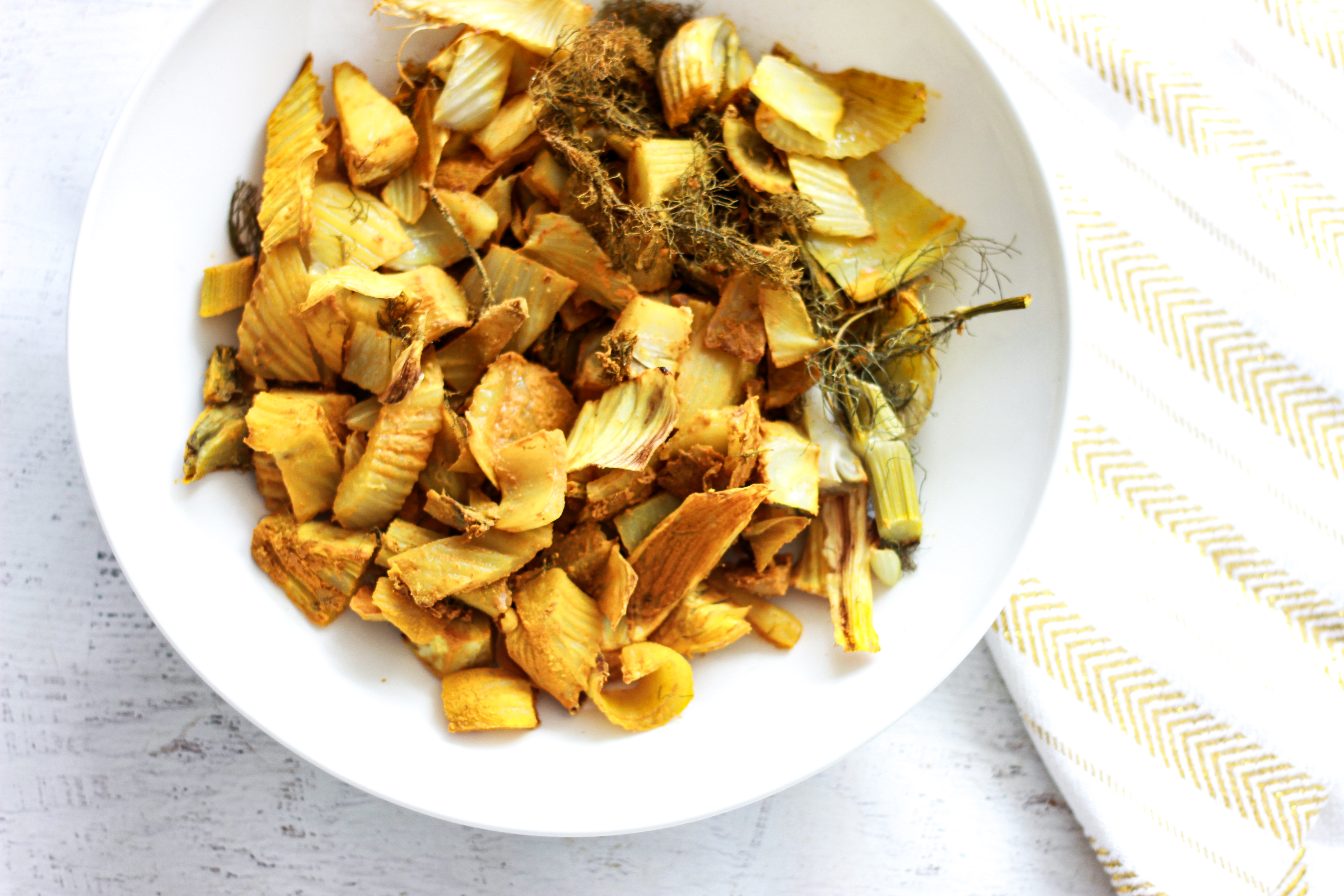 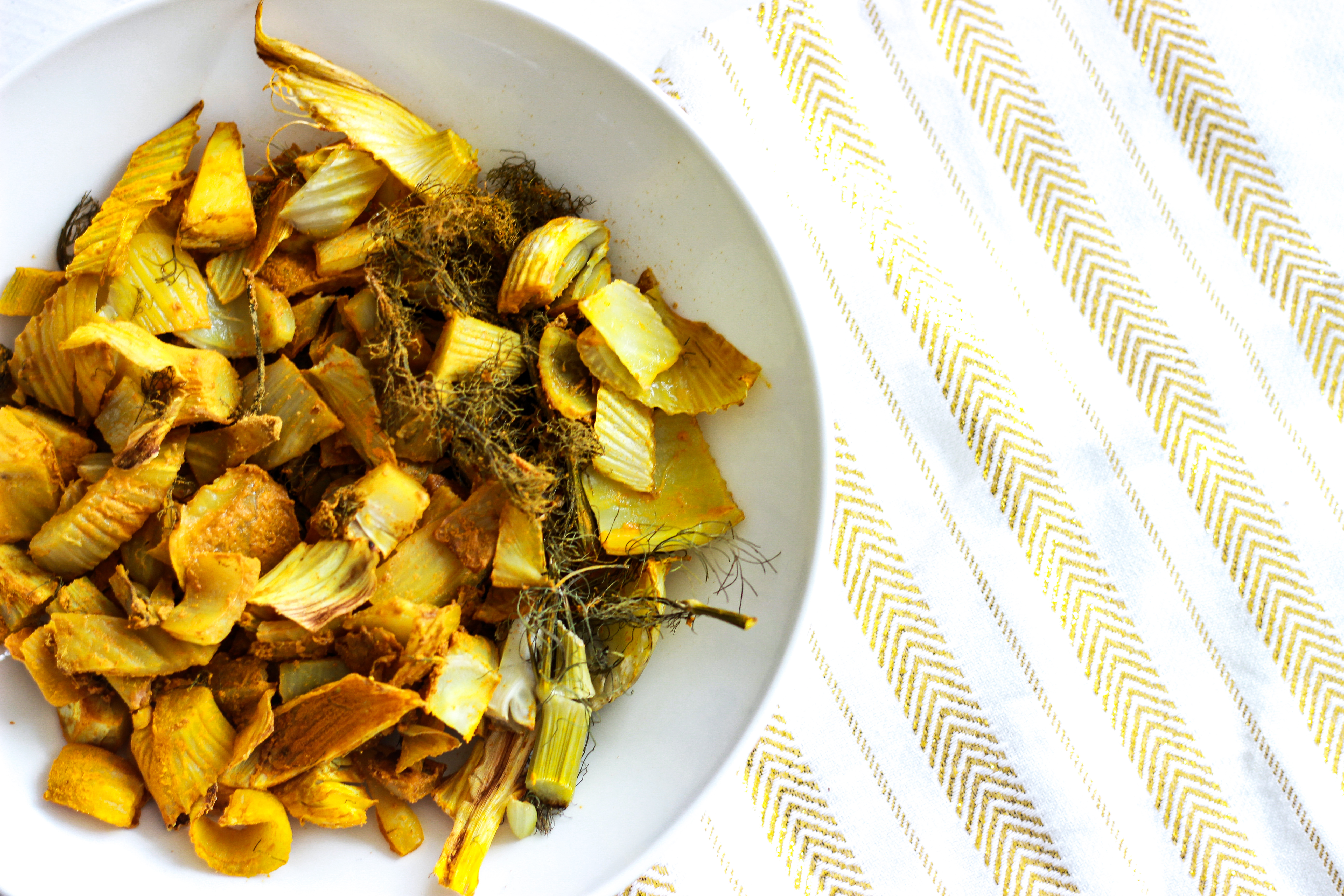 I call it fennel hair because it really looks like hair after you roast it. It gets crispy and dark brown when you cook it, and people have asked if there’s hair on my plate. Nope, just the top of the fennel. I eat every bit, and I love it! 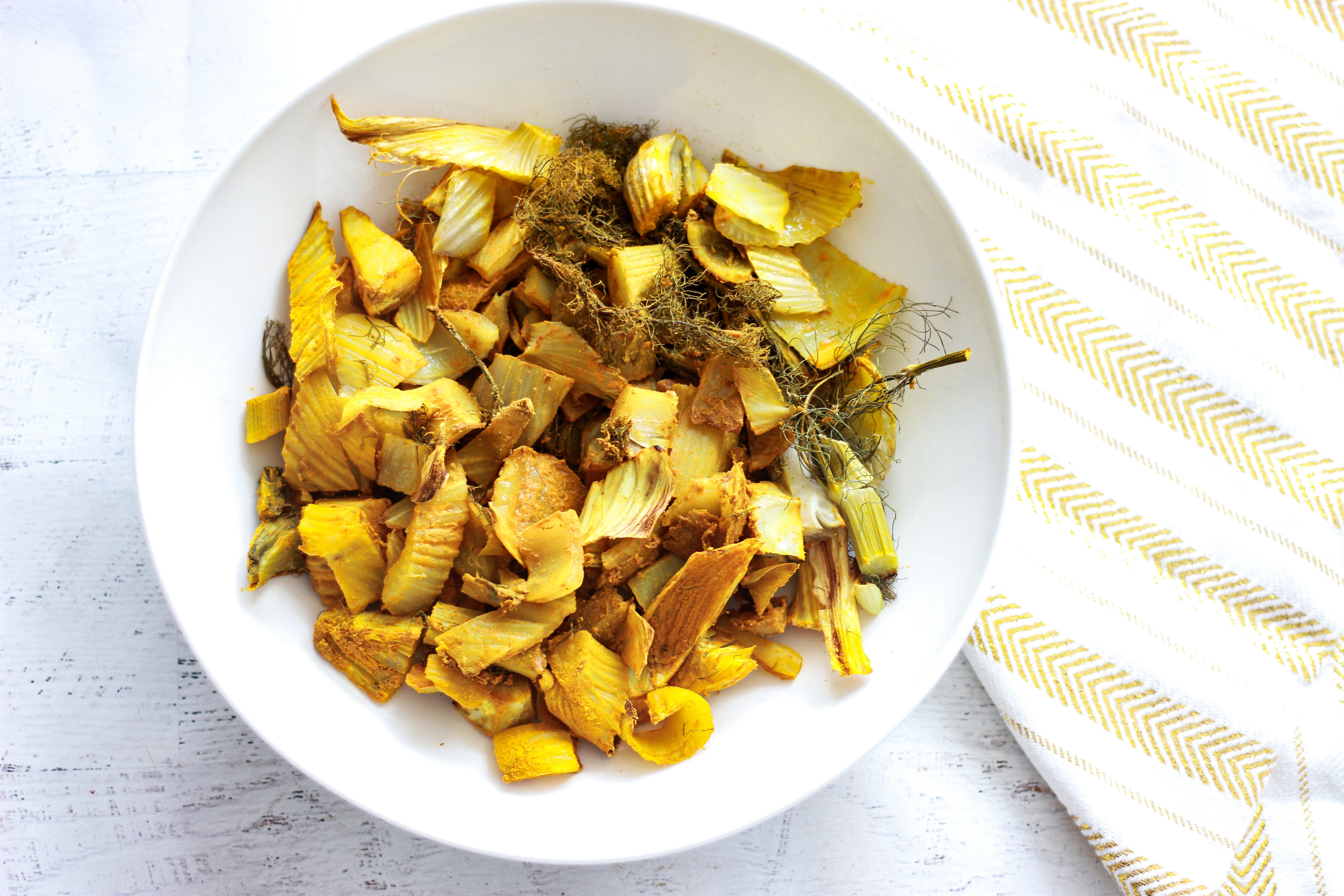 I figured it was finally time to share a recipe for roasted fennel, because this is one of my most requested posts! Most days, I simply roast the fennel in olive oil and salt, but when I want to spice things up I like to go for this super simple turmeric version! Turmeric truly goes with any vegetable, and I love that it’s anti-inflammatory. 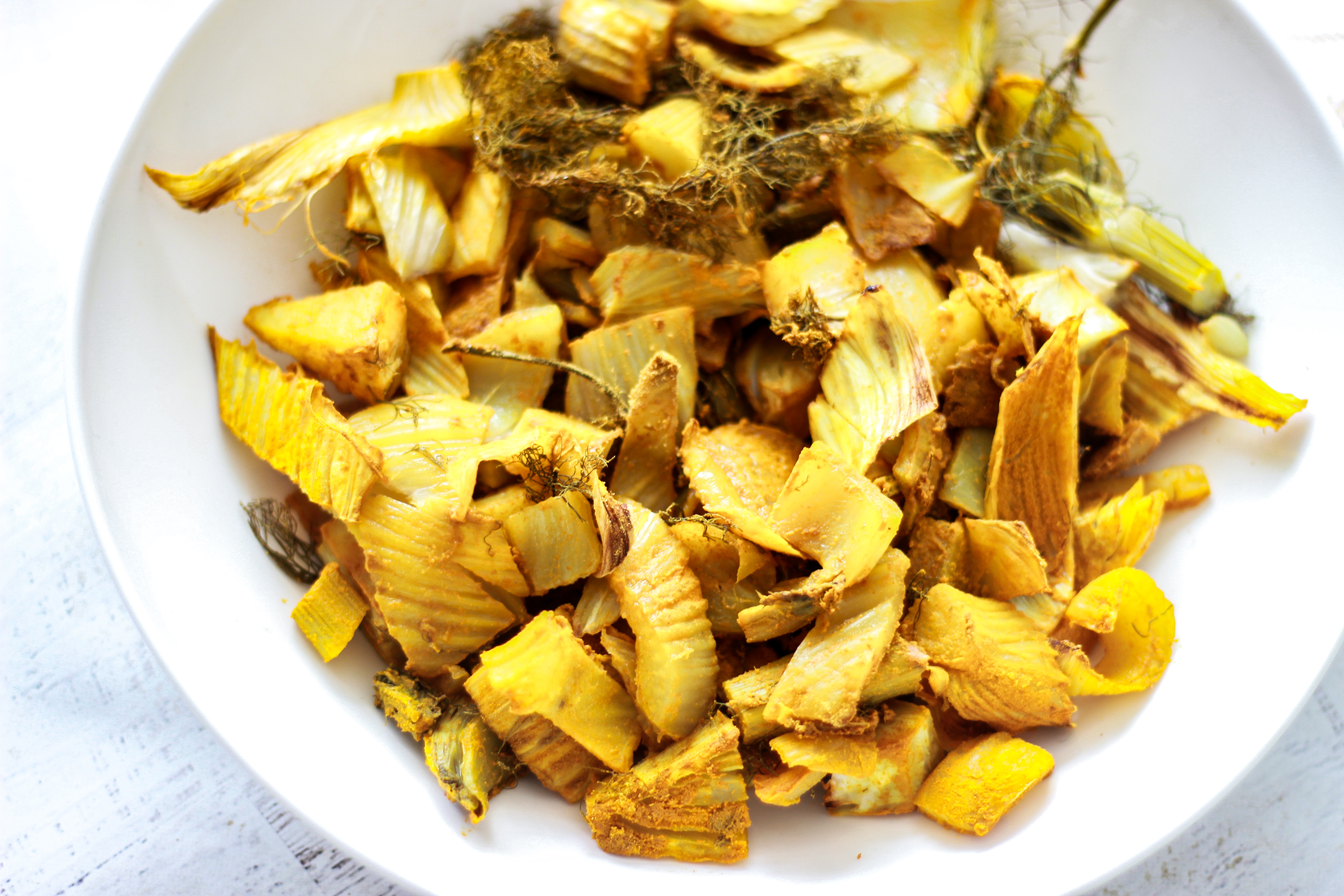 All you have to do is chop the fennel up (EVERY piece of it), toss it in some olive oil and spices, and roast it until it softens up and the edges start to crisp. This recipe is paleo, vegan, and keto-friendly. It’s the perfect simple side dish to serve with any meal! 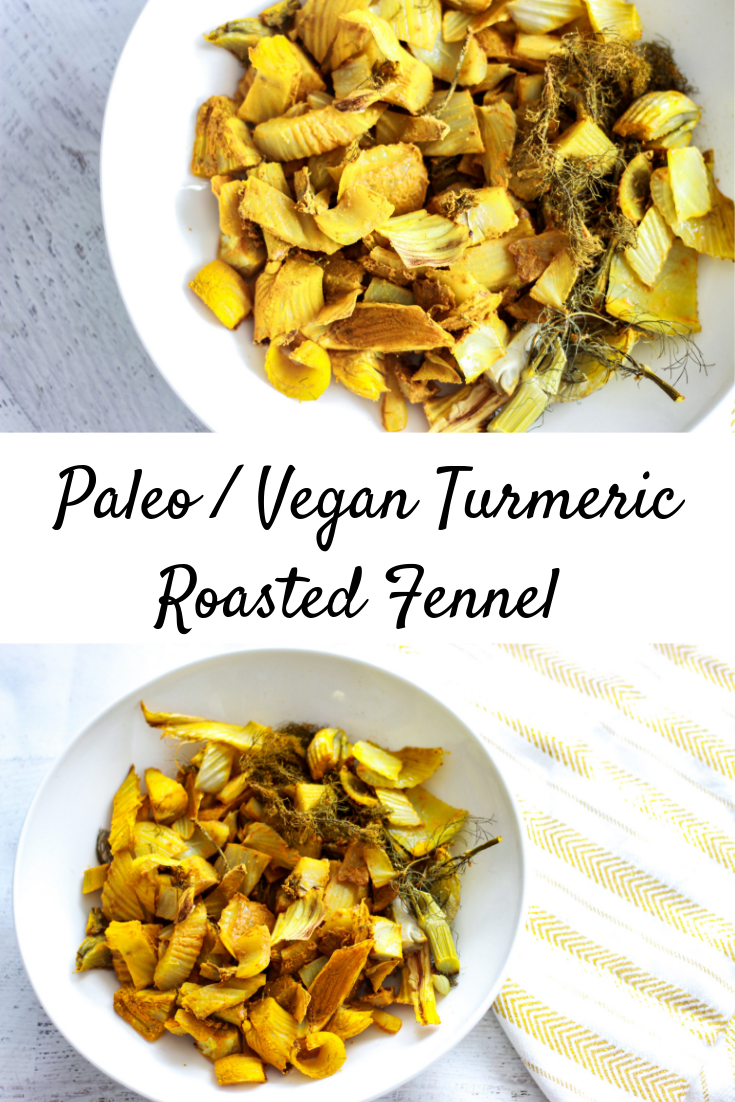 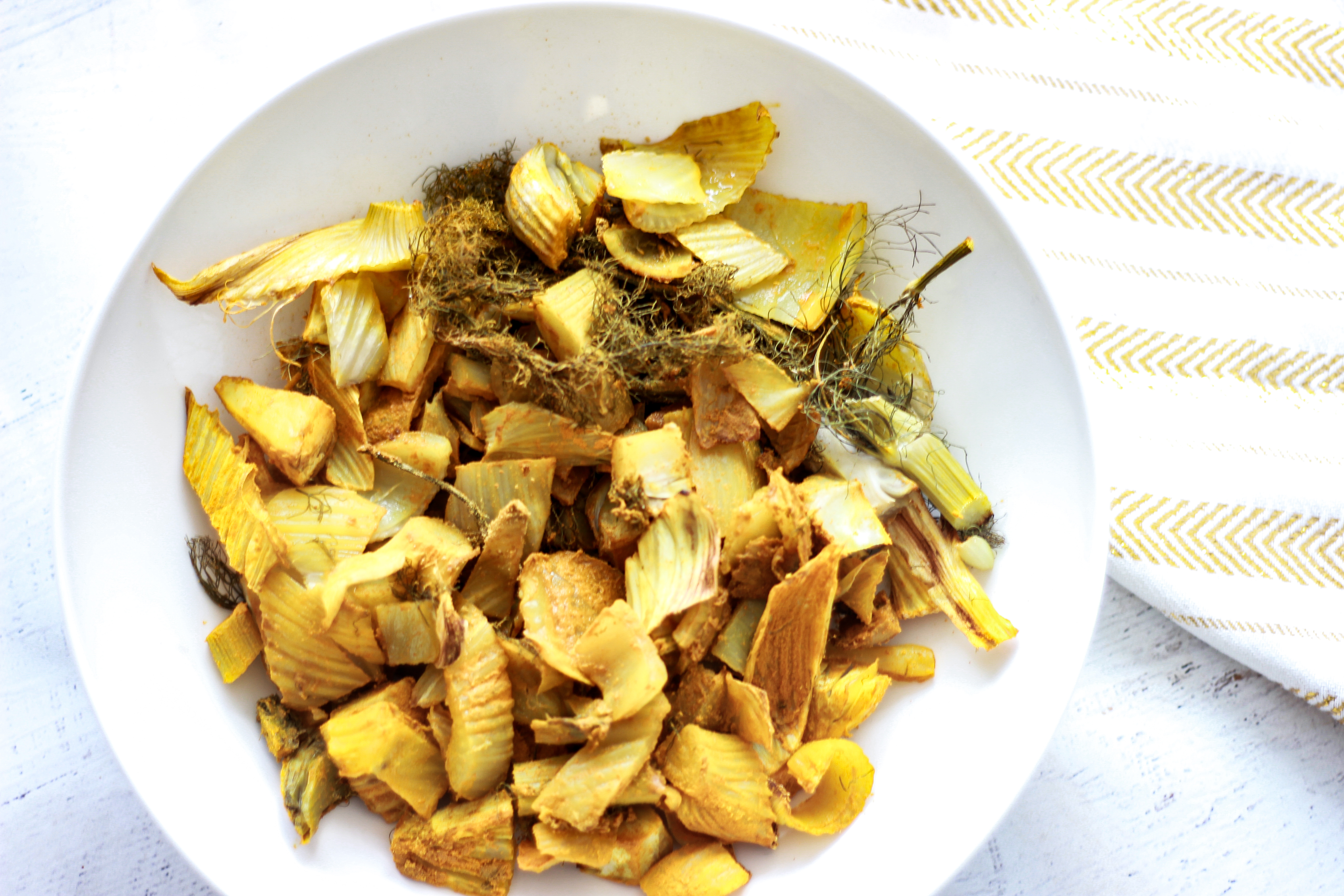