The Side Effects of Hormonal Birth Control 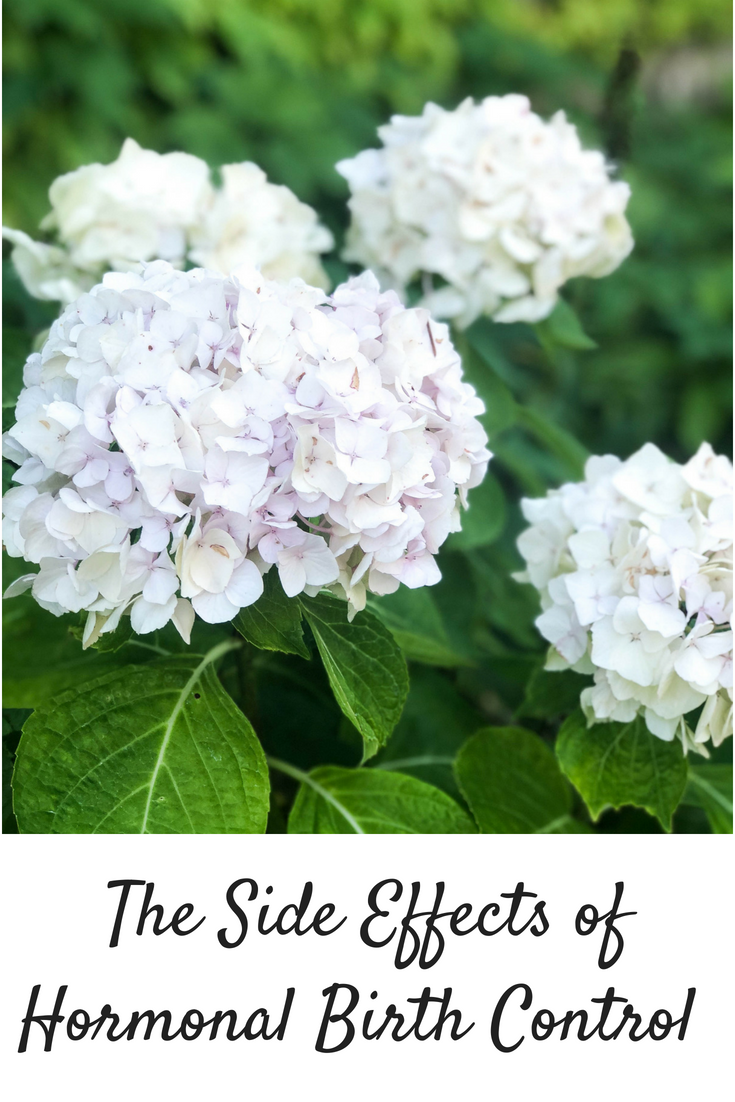 As a teenager, I was desperate to get on the birth control pill. My period was wildly unpredictable and extremely heavy when it did come, and I was insecure about my acne. I had heard that birth control would regulate my period and clear up my skin, so it seemed like the perfect solution. Plus, I figured I would eventually need to start taking it so I wouldn’t get pregnant, anyways. I thought going on the pill was a given – doesn’t every woman of reproductive age go on it? I thought of it like a rite of passage. Grow up, get your period, go on the pill – as normal as taking a woman’s multi. My mother actually wouldn’t let me start taking the pill for a few years, but I eventually won that battle. My gynecologist reassured me that the pill would most likely get rid of my acne, finally give me a regular period, and even protect me against cancer! Plus, it would obviously prevent me from getting pregnant. Sounded great to me!

It wasn’t until a few years later that I learned more about what the pill was doing to my body and how it was playing a role in my other health issues. I was upset at myself for not having done my research earlier on – for blindly taking a pill just because I thought it was the norm and because a doctor told me it was safe. I’m still dealing with some of the repercussions even a few years later, and I’m glad I stopped taking it when I did so things didn’t get worse. I believe every woman has the right to take any form of birth control she wants, and I also believe that every woman has the right to be fully informed about what hormonal birth control is doing to her body so that she can make an educated decision. It’s a personal decision, and not everyone is going to decide the same thing. However, I do think it should be an informed choice, not a blind one.

In the U.S. alone, over 10 million women use oral contraception, and most don’t even really know what the pill is doing to their bodies. Doctors recommend the pill left and right to address a wide variety of symptoms and conditions including PMS, acne, period regulation, weight management, endometriosis, and PCOS. The pill is being given to women at very young ages as well, and many of these teens don’t fully understand the repercussions. In high school, I had friends who went on the pill for the sole reason of wanting bigger boobs. *Sigh.*

Back to the issue of birth control being handed out like candy — once again, this is a case of using a band-aid approach to address symptoms rather than addressing the root problem. This is a band-aid approach that can actually make the root problem much worse. Hormonal birth control can cause a lot of negative side effects, both short-term and long-term, and really affect a woman’s overall health. Hormonal birth control includes the pill, IUDs, shots, the patch, implants, and vaginal rings.

Our endocrine systems are made up of a number of glands that produce hormones to regulate our growth, development, metabolism, sexual function, reproduction, mood, and other bodily processes. The endocrine system works like a beautiful orchestra and depends on a number of delicate feedback loops to keep things in balance. When it comes to hormones, the body is always trying to maintain balance, and disruption of one hormone affects many others. Our bodies are very smart, and they adapt to make sure everything runs smoothly even when unexpected things are thrown its way.

When you use hormonal birth control, you are putting synthetic chemicals into your body. This is important to address on a few different levels. On a big level, you are putting something from outside of your system into your system. Something that your body wasn’t producing on its own. Why do you think it wasn’t producing it on its own? You’re throwing your body a big curveball that it needs to adapt to.

From there, let’s think about the effects of supplying the body with synthetic sex hormones in terms of natural sex hormone production. Birth control downregulates the body’s own sex hormone production not only because it might be literally suppressing the production of hormones but also because the body is now already getting the hormones it needs from an outside source. When you give your body something from an exogenous source, that will discourage it from making its own in proper amounts. The body downregulates hormone production because it wants to make sure everything stays in balance. If you’re giving it hormones, why make more of that hormone? If it’s been depending on that external source long enough, it can stop making that hormone on its own altogether. What do you think that means for someone who wants to go off the pill? This is why many women go months or years without getting their periods back after stopping the pill.

This leads me to my first point, so let’s get into it. Let’s talk about the negative side effects hormonal birth control can have on your body.

The list of side effects from hormonal birth control is very long and includes hair loss, acne, abdominal pain, loss of bone density, breast pain, cramping, missing periods, loss of fertility, ovarian cysts, endometrial or cervical cancer, gallbladder problems, high blood pressure, nausea, weight gain, vaginal infections, pelvic infections, and much more. With how common the use of hormonal birth control has become, I think every woman should be aware of these risks.

If you couldn’t already guess, I am not a fan of hormonal birth control and see it causing a wide range of health issues that many of my clients deal with for years down the line. I myself have dealt with many of these symptoms, and I wish I had known this information prior to having ever taken the pill.

What’s a girl to do if she doesn’t want to get pregnant? This is a big topic that deserves its own post, but for now – my top recommendation when it comes to preventing pregnancy is to use the Fertility Awareness Method to track your cycle and figure out what days of the month you actually are at risk for getting pregnant. With technology like the Daysy fertility monitor and a number of helpful phone apps, this is very doable, and you can either abstain from sex or use condoms on days of the month when you could get pregnant.

If you’re coming off of birth control, it can be helpful to take extra care to rebalance your hormones and support your body through the process. To learn more about supporting your health as a woman and balancing hormones naturally, be sure to check out my online course, the Paleo Women Lifestyle Program!