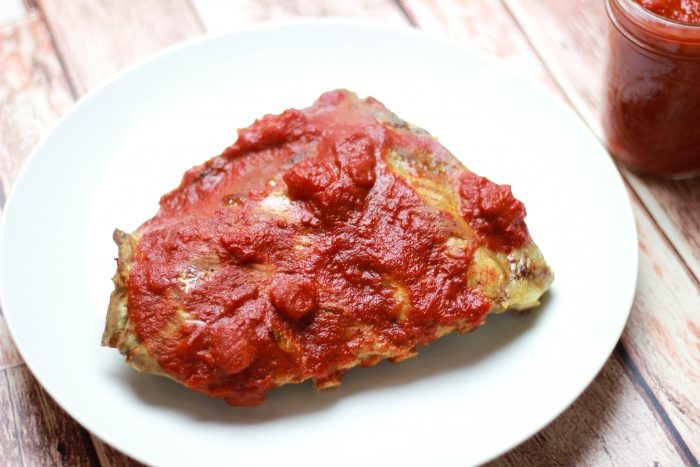 Growing up, ribs were another one of my dad’s specialties – he’s the grill master. I always think of him whenever I think of BBQ sauce and ribs. Does anyone else remember the song from the Chili’s commercial about their baby back ribs? We used to sing that all the time. It was really good marketing. But when it came to taste, nothing could beat my dad’s ribs. 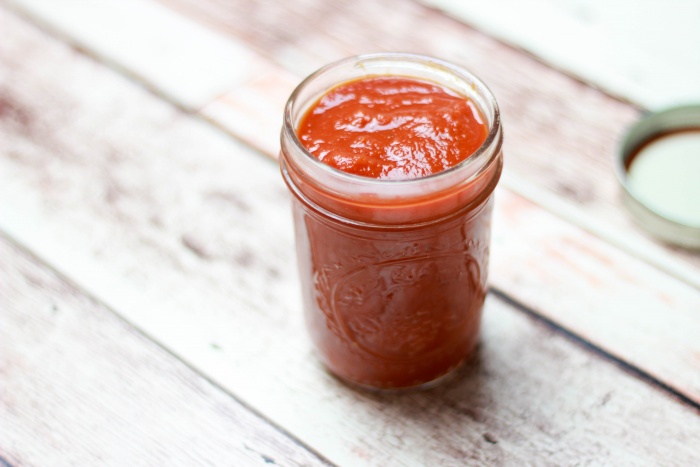 I hadn’t had barbecue sauce since going Paleo (so about three years now) up until a few weeks ago when I was in Portland. Clean barbecue sauces can be hard to find, although there are definitely some great Paleo BBQ sauces on the market. That being said, even those tend to be sweetened with dates, honey, or maple syrup. There is absolutely nothing wrong with those ingredients in small amounts, but I personally like to keep my sweeteners to desserts, and I’m also not technically supposed to be having any sweeteners right now while I’m still on my anti-Candida diet. 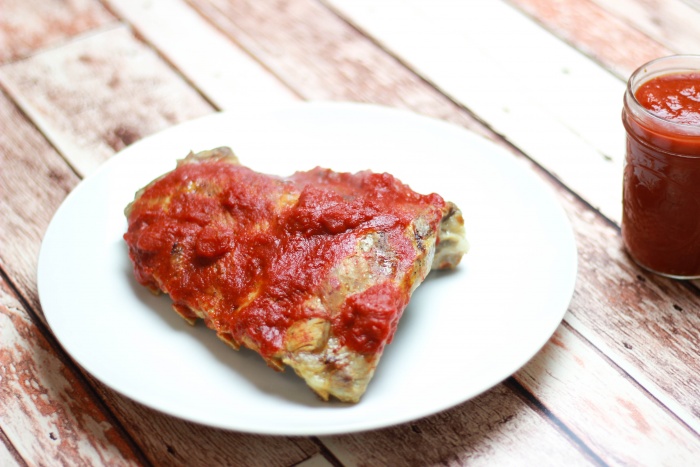 That being said, I went off plan a bit when I was in Portland. Gotta live it up when you’re on vacation! My stomach wasn’t too happy with me, but my mind was! Anyways, I got a burger with BBQ sauce on it, and I realized how much I missed it. I was slightly disappointed though, because the sauce wasn’t really that great. What a waste. It wasn’t bad, but definitely not standout. I decided it was about time I make my own, Christina-approved barbecue sauce. You know what they say… if you want something done right, you’ve gotta do it yourself. 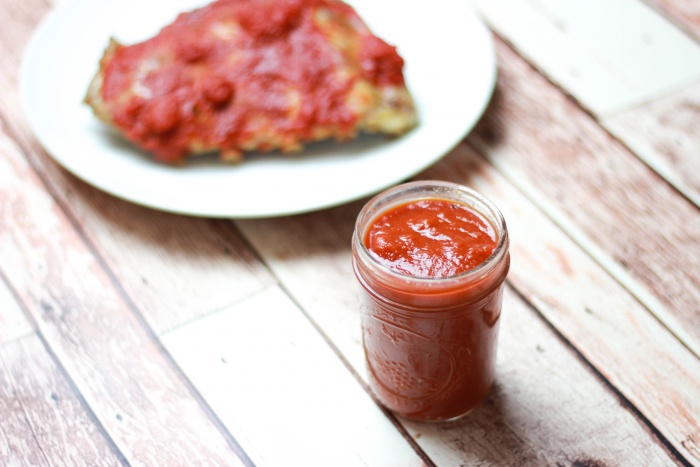 Ribs are another thing I never tend to make myself. I don’t eat pork very often because it’s harder to find high-quality pork than other high-quality meats. When I do get my hands on high-quality pork, it tends to be cuts other than the ribs. I’ve been on the hunt for some high-quality ribs, though, because one of my best friends and I randomly decided we were craving them and really needed to make them soon. She used to eat my dad’s ribs with me growing up, and we got nostalgic…. you know how it goes. Anyways, I’ve been using Butcher Box recently to deliver grass-fed meat, organic, pasture-raised chicken, and pastured pork straight to my door (this is not sponsored, but I wish it was – ha!), and I saw that they had ribs! So of course I got some. 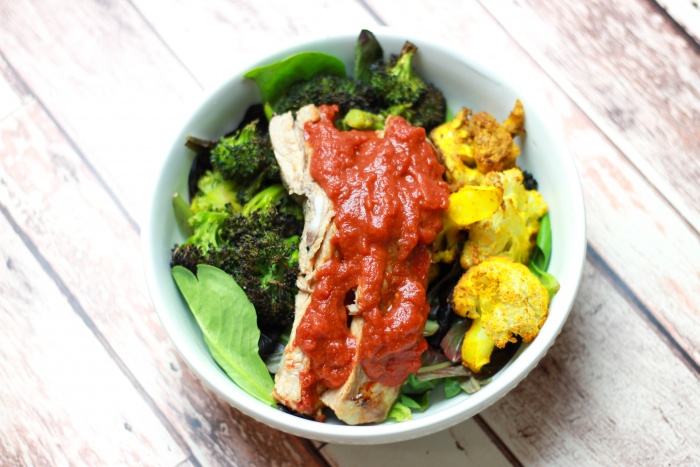 We planned a date, and I was determined to make the perfect paleo, Whole 30, sweetener-free / sugar-free, low-FODMAP barbecue sauce to go with some quick and easy ribs! Besides using sweeteners unnecessarily, it bothers me that most BBQ sauces also have garlic and onions in them, which are gut irritants for many people. I don’t avoid garlic and onions completely, but I am a bit sensitive to them, so I don’t usually use them whenever I’m cooking for myself. It’s more of a once-in-awhile thing. Although, I must tell you – I think my garlic tolerance is improving! Stay tuned. 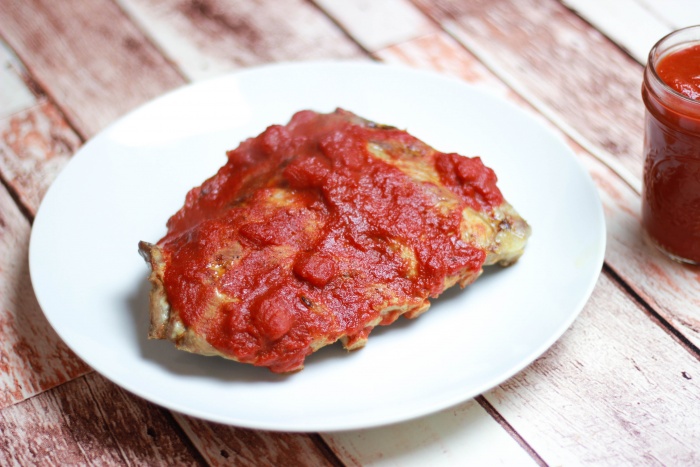 A lot of my clients are sensitive to garlic, onions, and other FODMAPs, though, so I wanted to make something they could enjoy, and also something that anyone on a sugar-free, anti-Candida, or ketogenic diet could have. Anyways, the sauce and ribs turned out amazing, and it was just what I wanted! You can literally throw the ribs in the Instant Pot, and it does all the work for you. If you don’t have an Instant Pot yet, I cannot recommend it enough. Use any type of ribs you want, but I used pork! 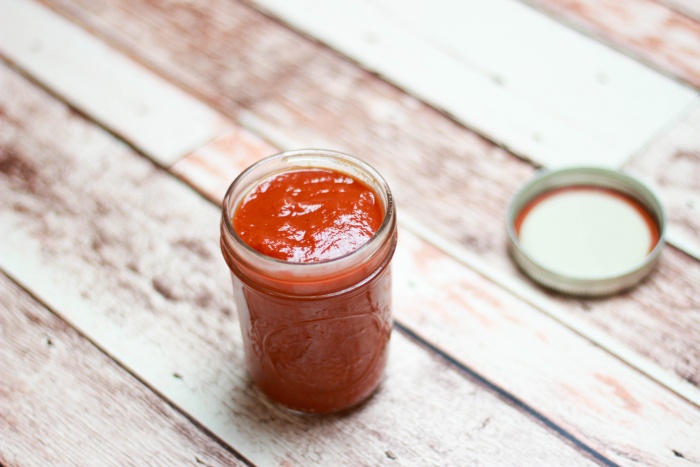 The BBQ sauce is also incredibly simple to make. All you have to do is toss everything into a sauce pan and let it simmer! The key to this sauce is the liquid smoke. If you’ve never used liquid smoke, it’s basically barbecue in a bottle. It can be hard to find an all-natural one, so I just get this one on Amazon. You won’t need to replenish the bottle often. I chose to put this sauce on ribs, but feel free to slather it on anything you want. I’ve basically been putting it on everything I can think of. Chicken, cauliflower crust pizza, eggs, burgers, cauliflower…it goes with everything. 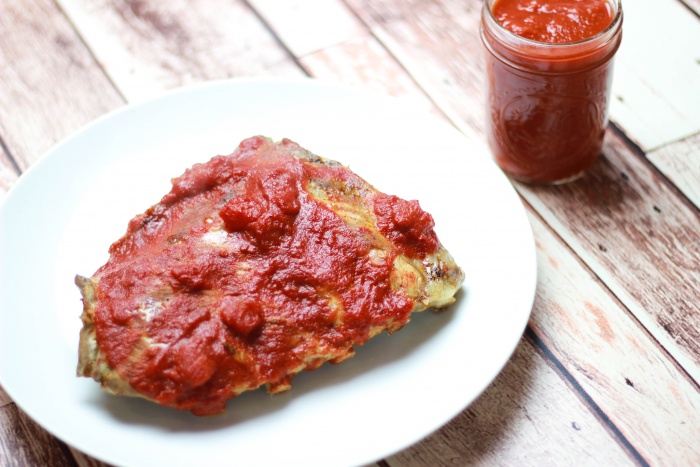 If you haven’t had barbecue sauce in awhile either, I think it’s about time you brought some into your life! This is the perfect easy dish to whip up for a summer barbecue – that time is just around the corner!  This recipe will make plenty of sauce, so you’ll have enough to feed everyone, or plenty of leftovers for yourself! Trust me – you’ll want the leftovers. 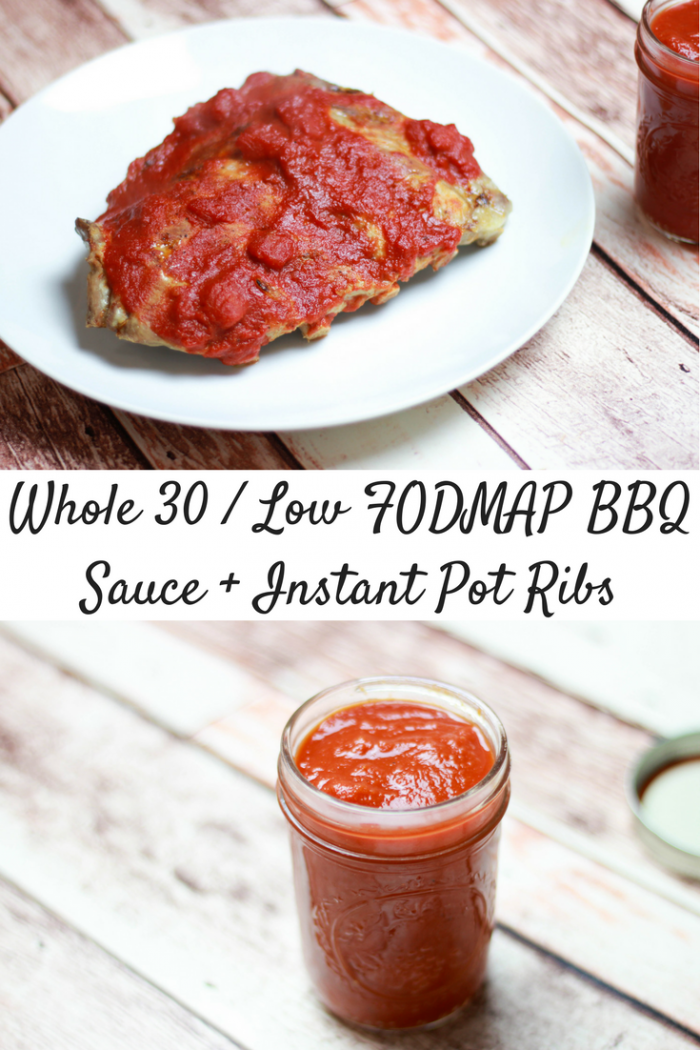 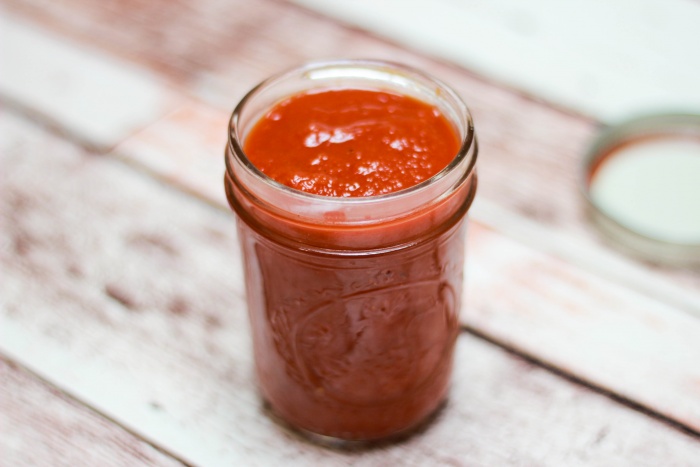 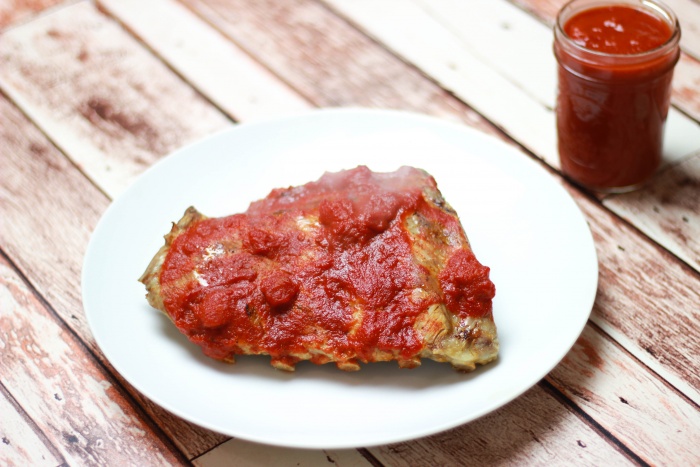 What else do you like to put BBQ sauce on other than ribs?! Also, if you make this, don’t forget to tag me on social media (@christinaricewellness) so I can see! 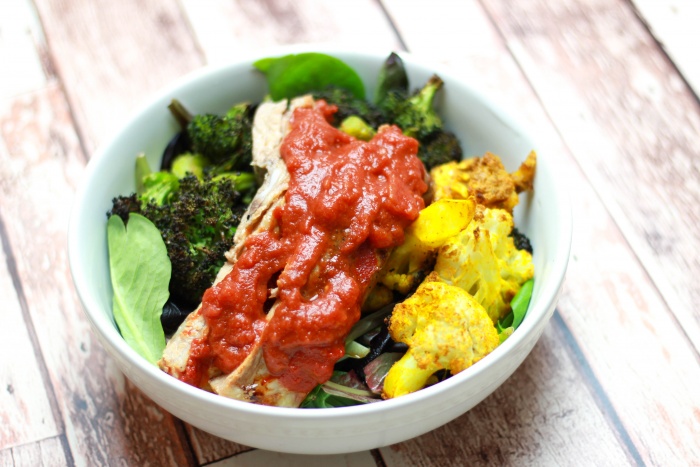