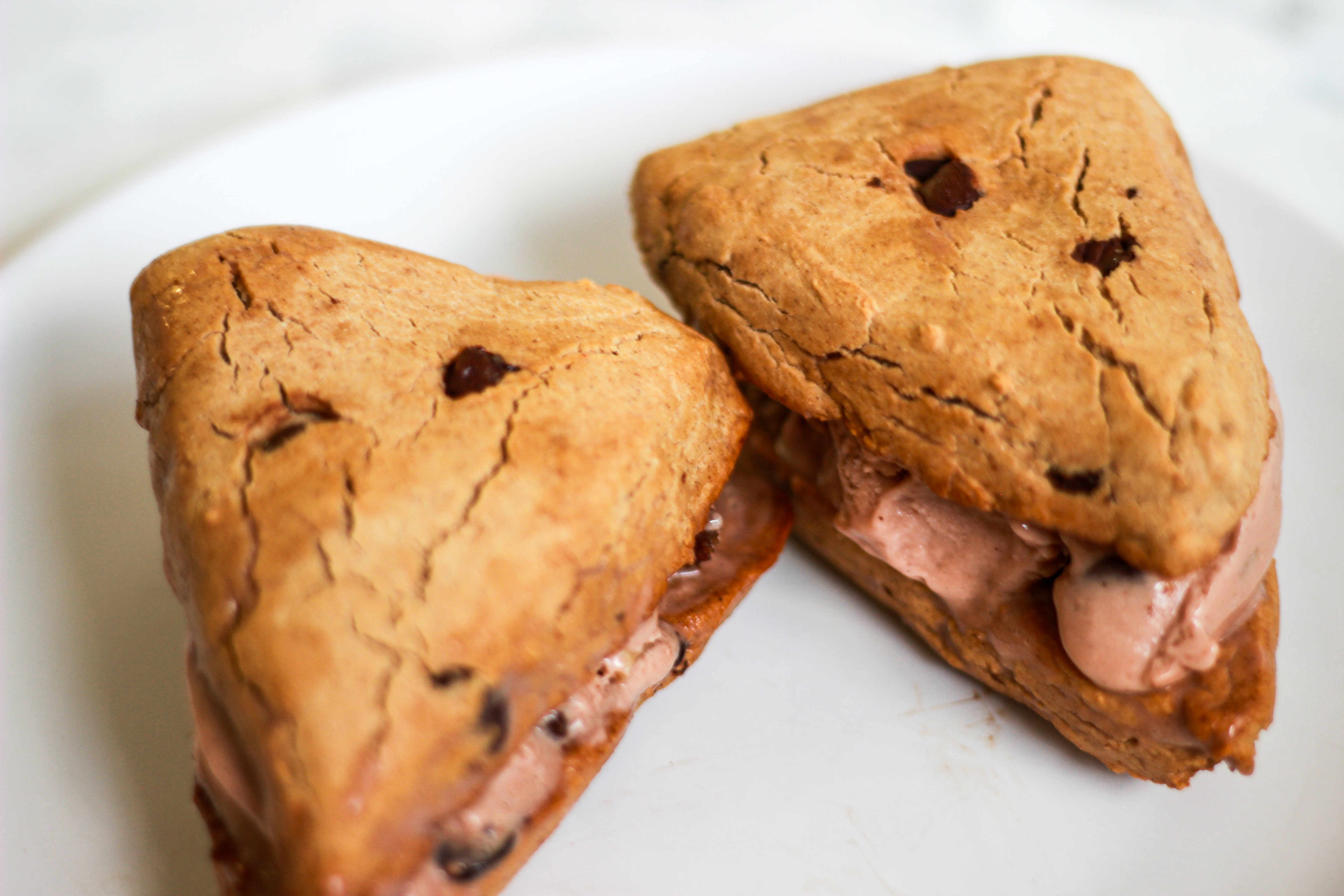 Almost exactly a year ago, I visited the magical land of New York City for the very first time. While there, I had dinner at the Butcher’s Daughter and scarfed down the BEST dessert I had ever tasted in my life – an ice cream scone sandwich. Creamy, dreamy banana ice cream mashed between two huge, gloriously delicious chocolate chip scones. Banana is my all-time favorite ice cream flavor, and I’m allllll about anything with chocolate chips. Actually, I think that was the first time I had ever tried a scone in my life. Scones don’t usually sound very exciting to me, but combined with ice cream? Yes, please! Anyways, it left me weak at the knees, and I’ve been talking about it every since. All of my friends have heard me go on and on about this infamous ice cream scone sandwich for the past year, and all I do is complain that the Butcher’s Daughter in Venice doesn’t have it. 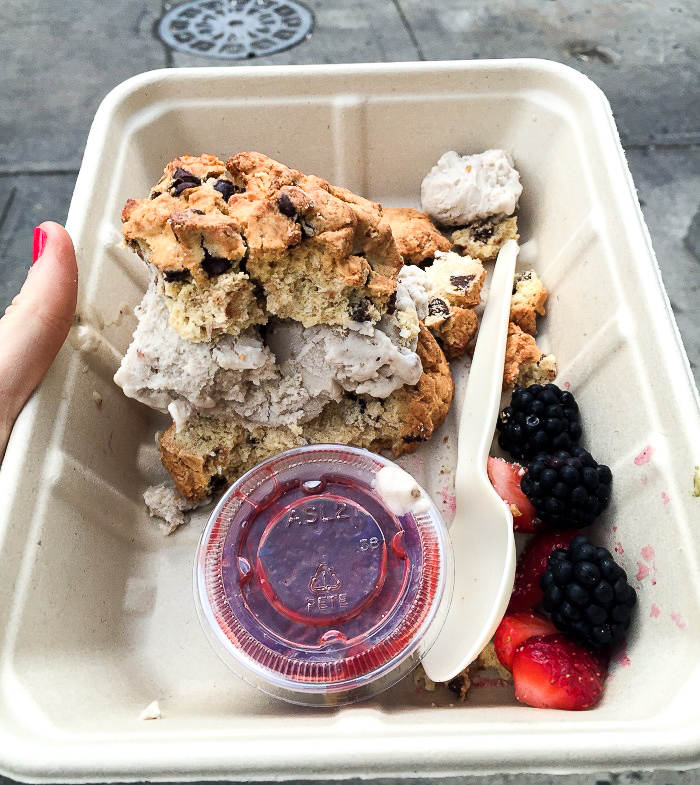 Meanwhile, this Monday night was BACHELORETTE MONDAY, which meant I had a fun little Bach party at my apartment with some of my girlfriends. (We podcasted the entire thing – click here to listen!) I have a tradition where I make a kickass dessert for every finale of The Bachelor or Bachelorette. We all know I have a ridiculous sweet tooth, and I’ll use any excuse to whip something up in the kitchen. Who can resist a sweet treat while watching the drama unfold as a woman leaves one man in the dust and embarks on a fairytale with another? 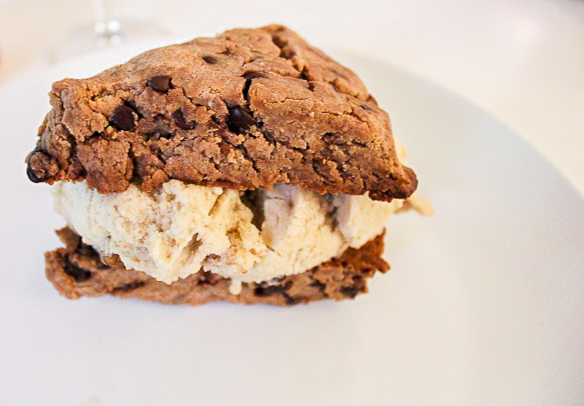 I’ve also had some major scone cravings recently after seeing so many drool-worthy scone photos from Rachel from rachlmansfield.com and Ashley from Fit Mitten Kitchen. The need to satisfy those cravings was so real. So for this year’s finale of The Bachelorette, I decided to recreate that epic, New York ice cream scone sandwich that changed my life forever. (Being dramatic, but there’s gotta be drama if we’re talking about The Bachelorette.) 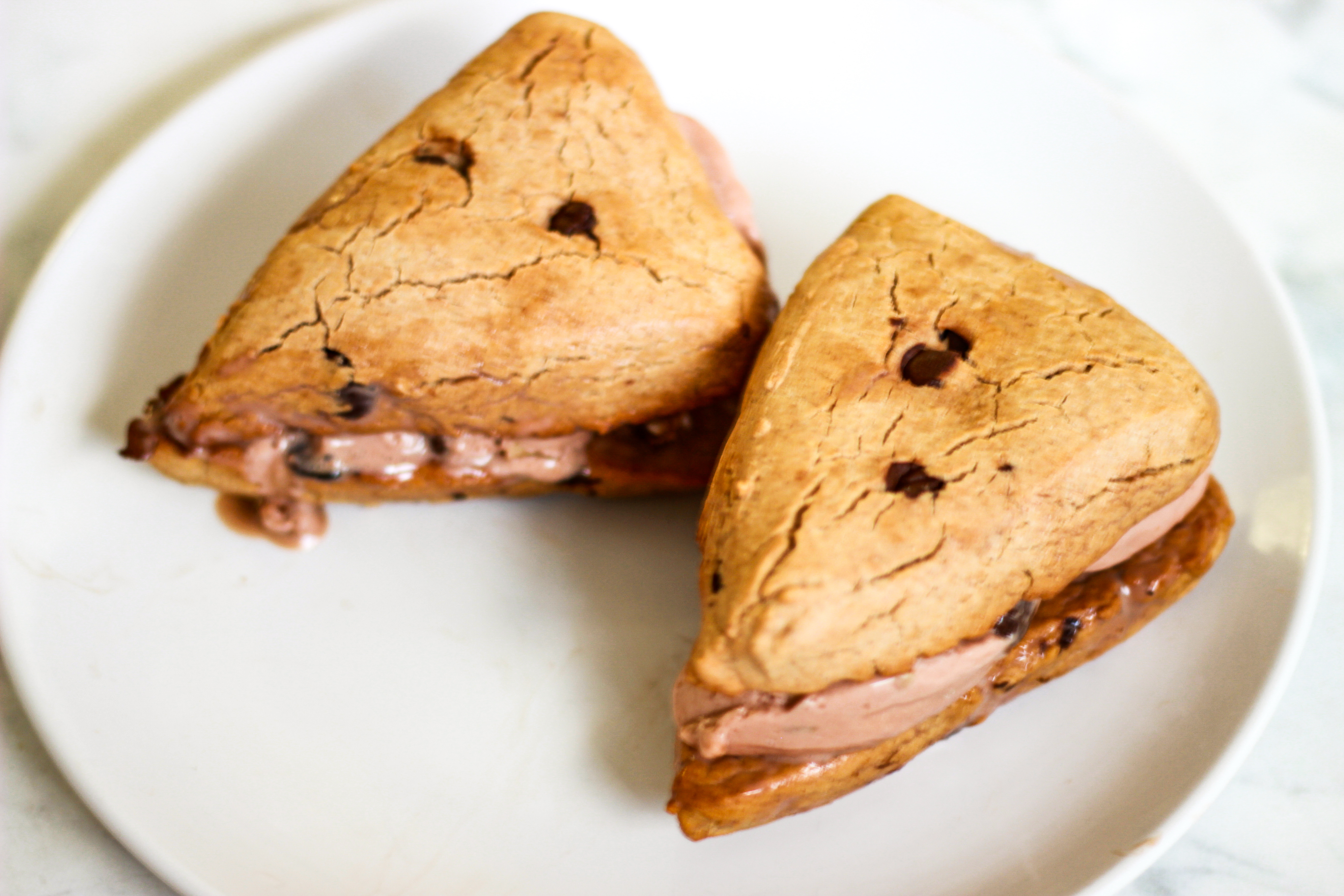 I wasn’t sure how these were going to turn out because I’ve never made scones before, but….it was a total success. I AM OBSESSED. I ended up liking my homemade version of the Butcher’s Daughter dessert much better than the original, surprisingly. 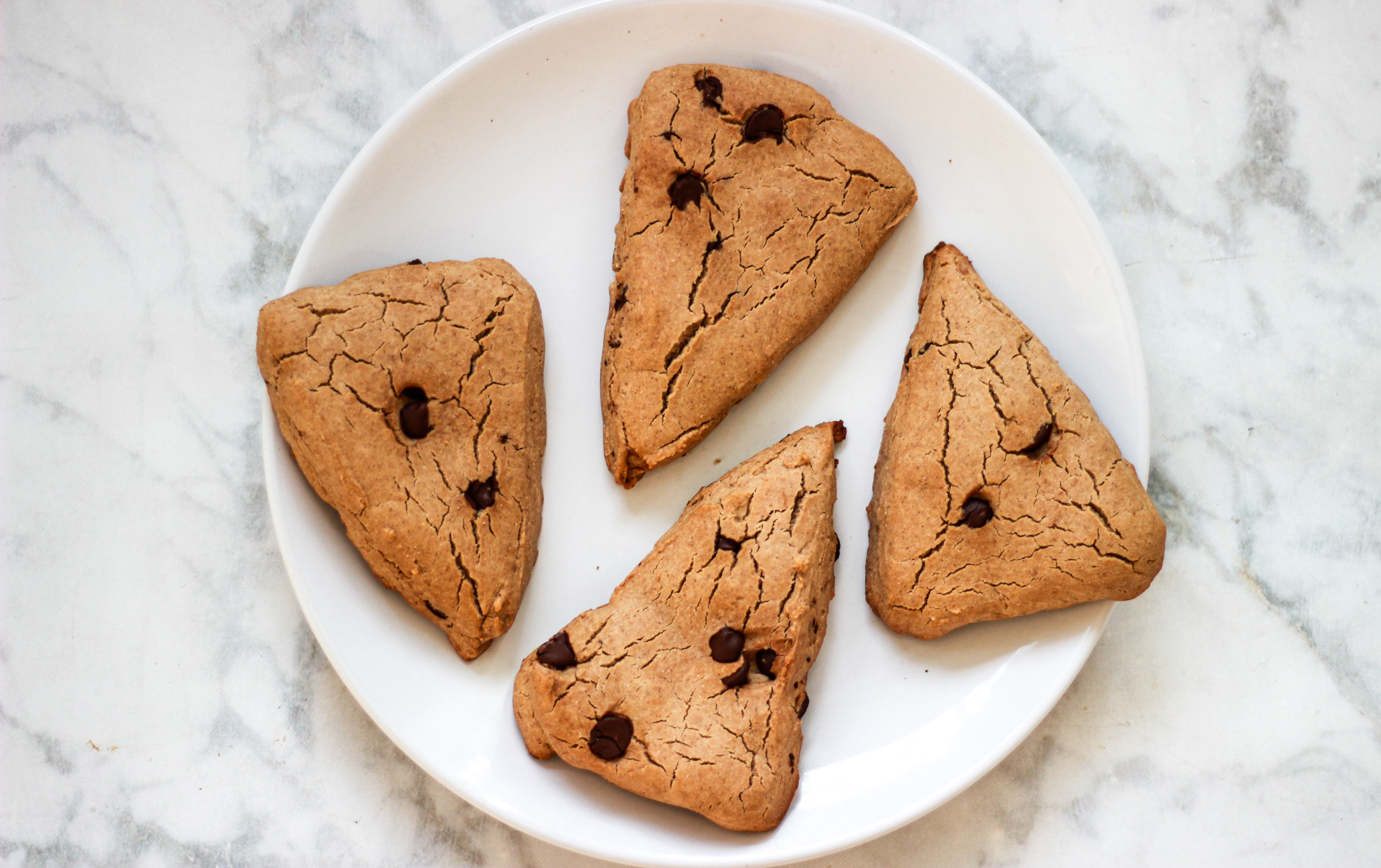 First of all, these scones are the perfect texture, in my opinion. One thing that usually turns me off about scones is that they’re pretty hard, which makes it hard for me to bite into them. I’m more of a cookie kinda gal. Although these scones are still hard (I mean, they’re SCONES), the center is softer like a cookie, so they pair perfectly with ice cream. I also made these extra chocolatey and cinnamon-y, so my whole apartment smelled like Christmas. 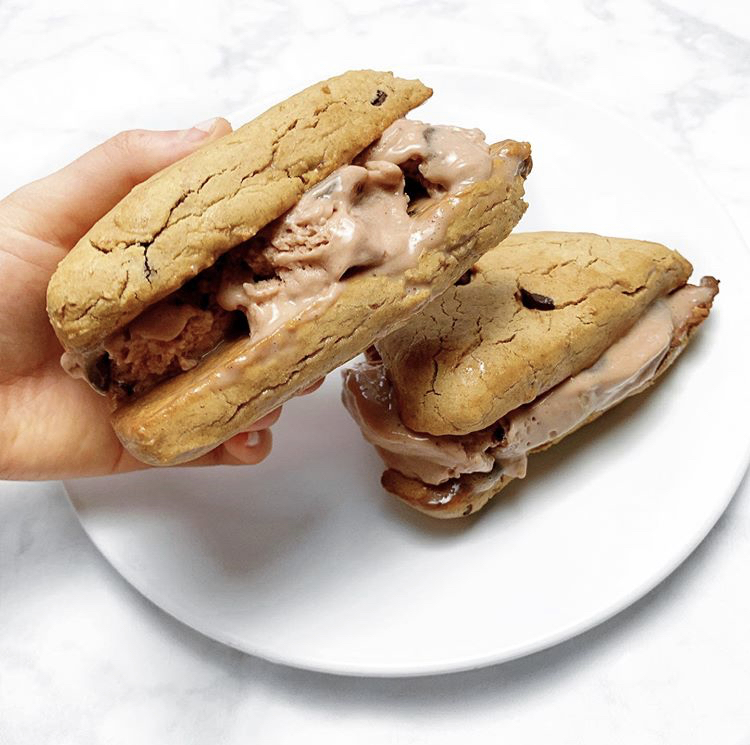 Second, I amped up the ice cream so it had a lil’ oomph. One of the things that was hardest to give up after finding out about my dairy intolerance was my all-time fave ice cream – Chunky Monkey. To make up for that, I decided to make a healthified version of Chunky Monkey to stick in between my epic scones. It’s “nice” cream, so it’s made from bananas, which means it’s waaaay easier on my stomach than most other sweet treats. 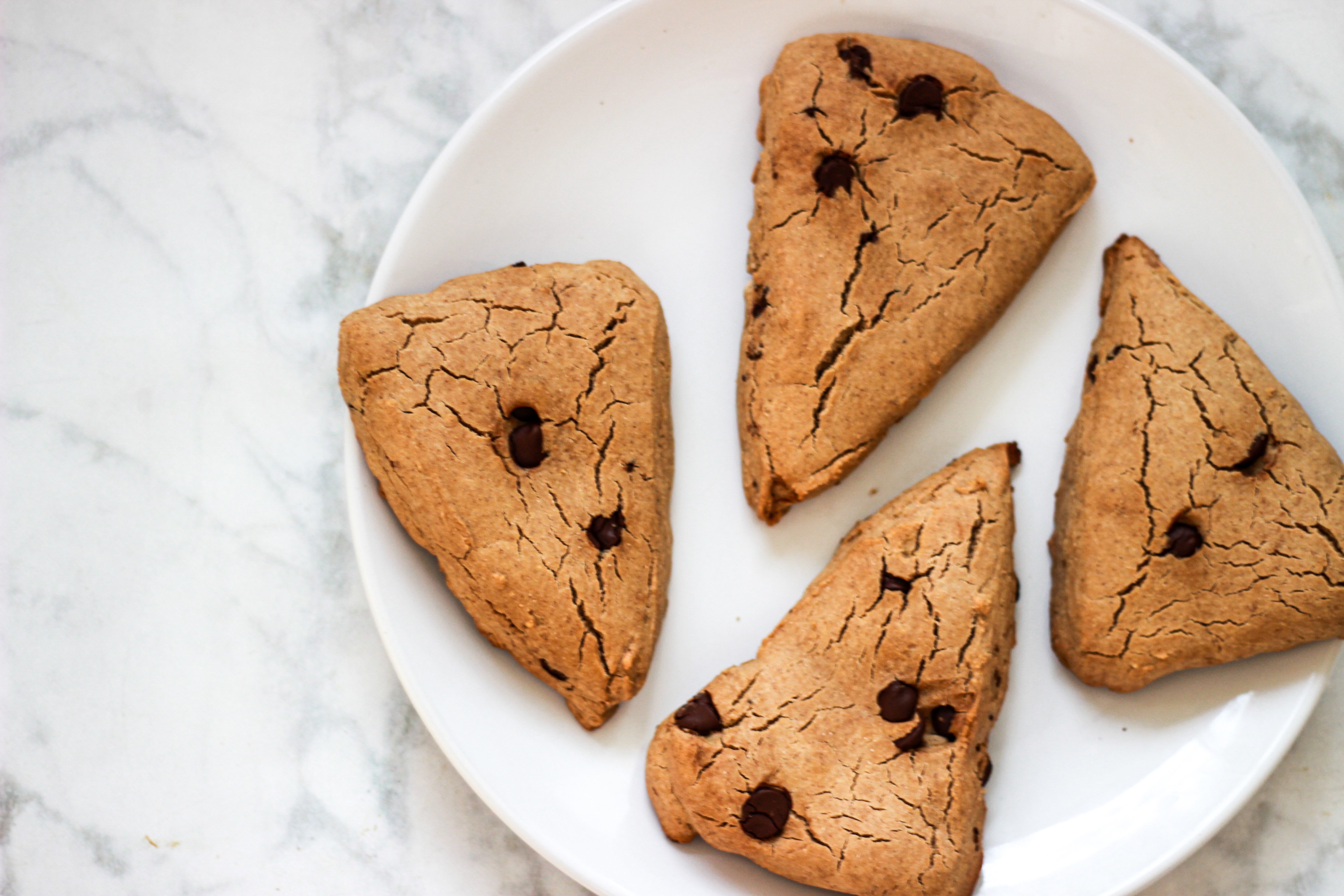 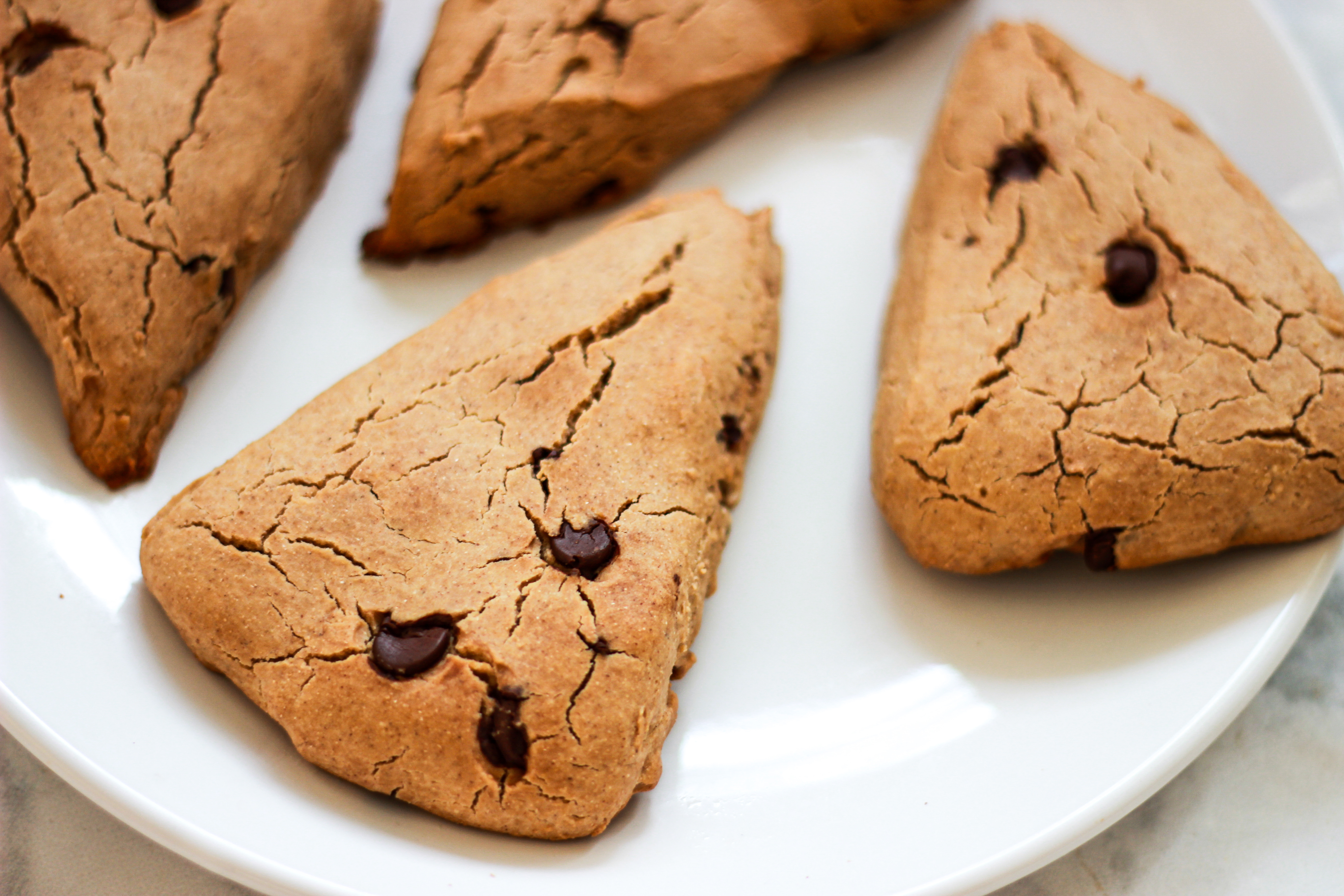 Honestly, I don’t know how anyone could NOT fall in love with this. The scones by themselves are delectable, and the ice cream alone is straight-up heavenly. When you put them together? The combo is BEYOND. This is a monster of an ice cream sandwich, in the best way possible. It’s also a very straightforward recipe – some basic chocolate chip scones paired with ‘nana ice cream. It looks a lot fancier and more complicated than it is, so you can def impress your friends with this one. Despite its simplicity, the flavor is outta this world. Aaaand everything is gluten-free, dairy-free, soy-free, and vegan. Don’t let food restrictions stop you, yo! 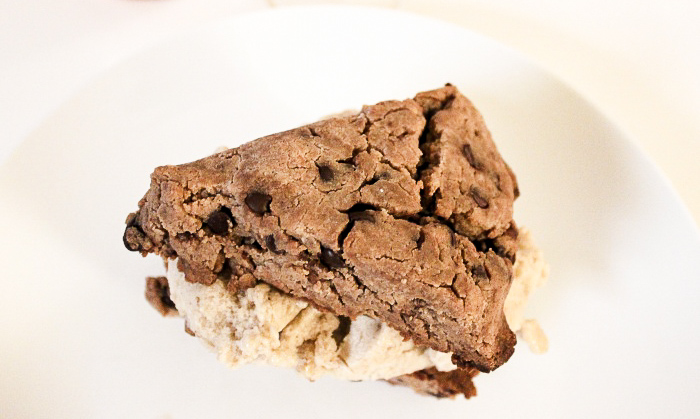 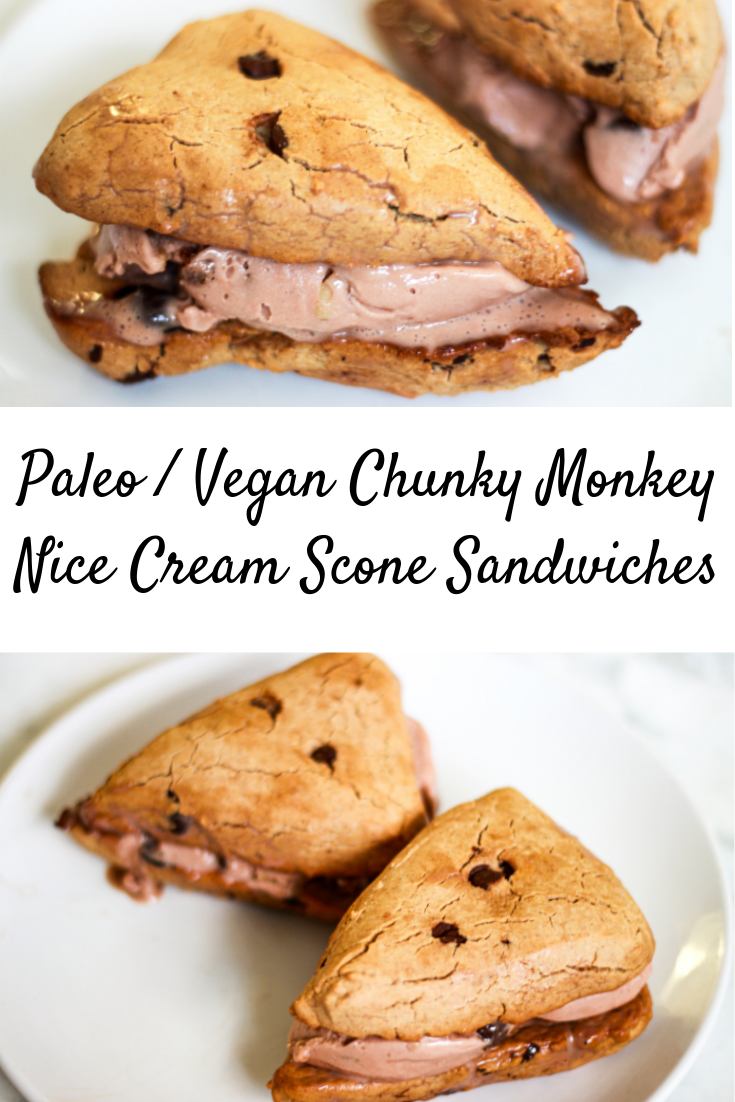 Serves: About 6 (this will make a “container” of ice cream) 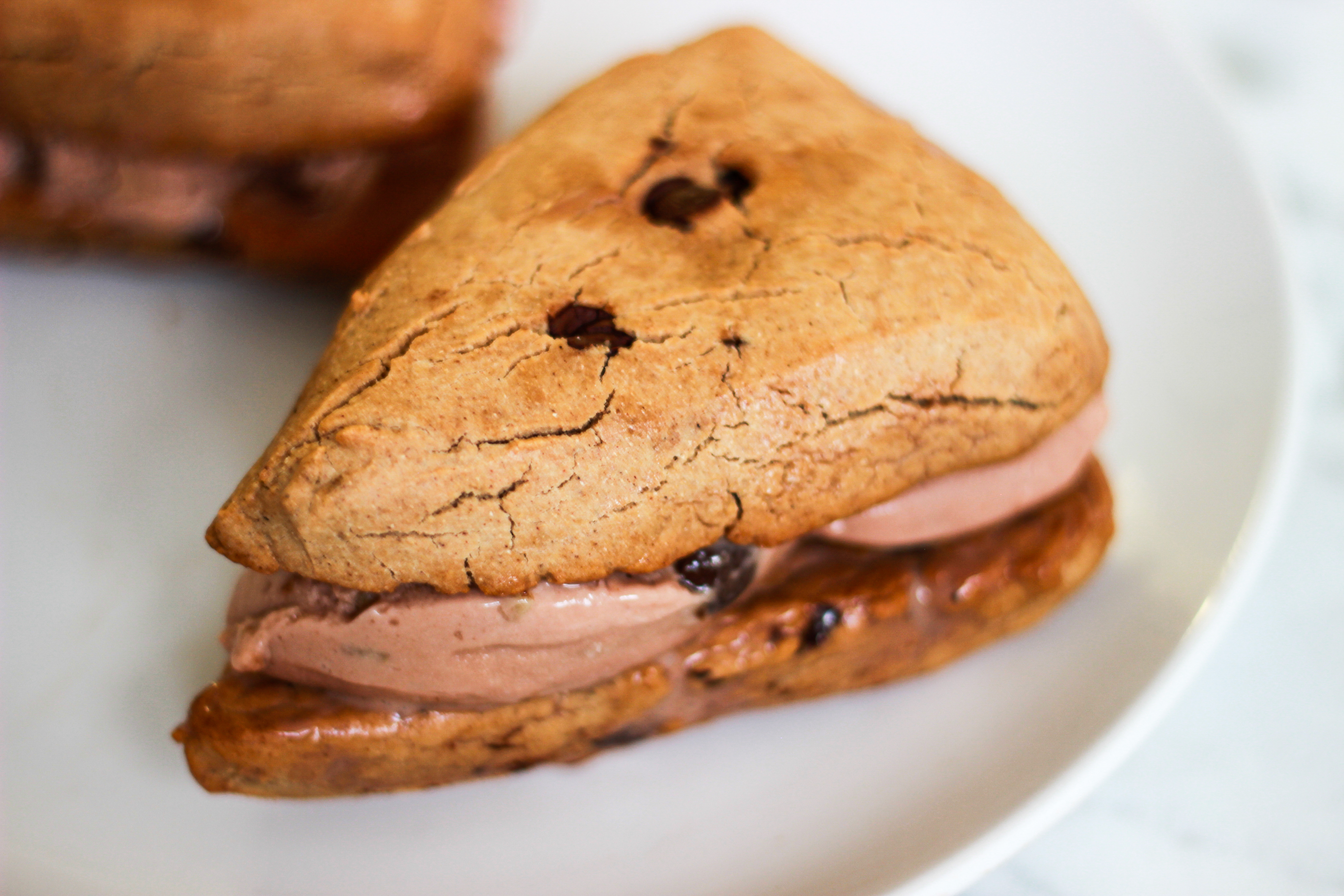 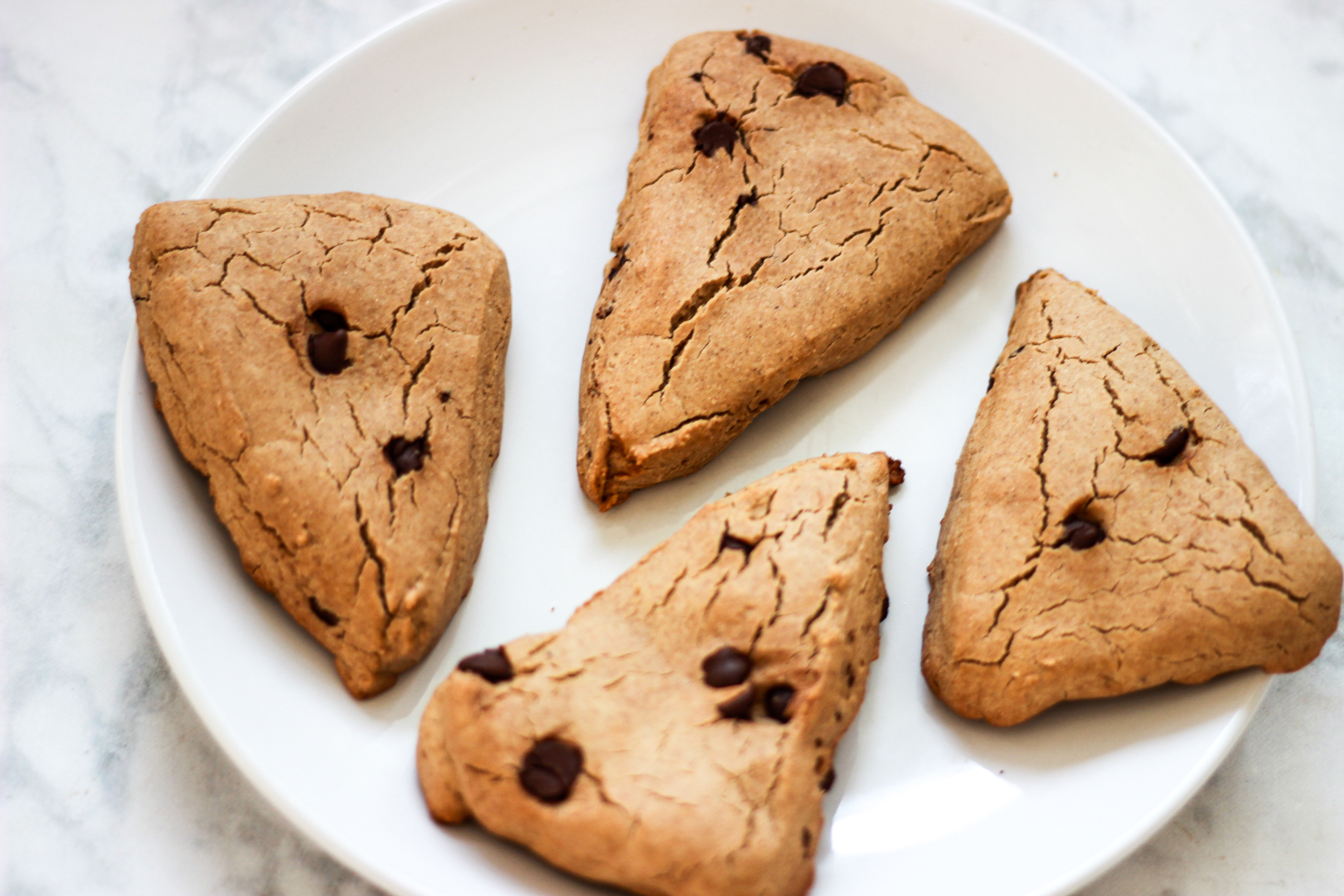 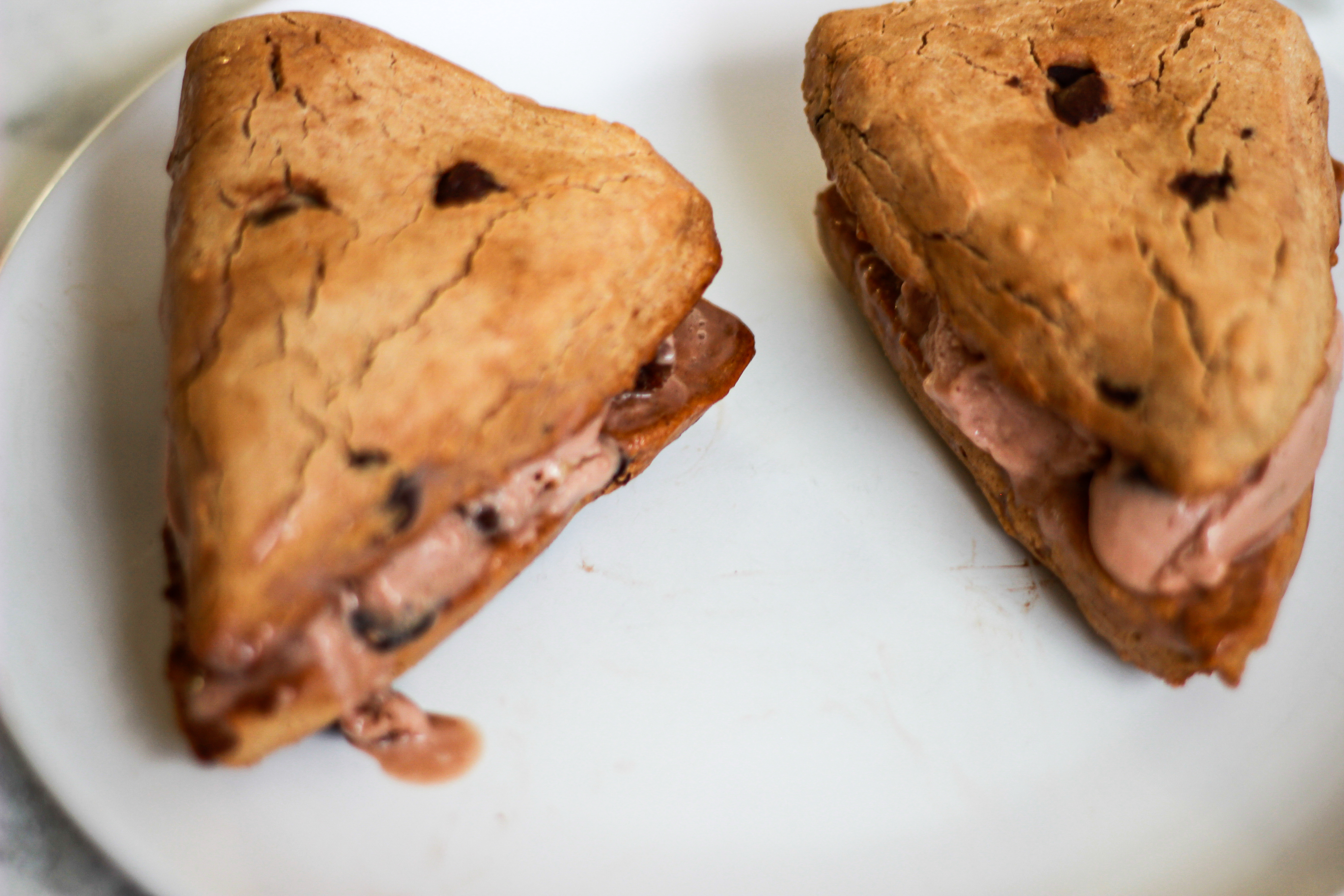 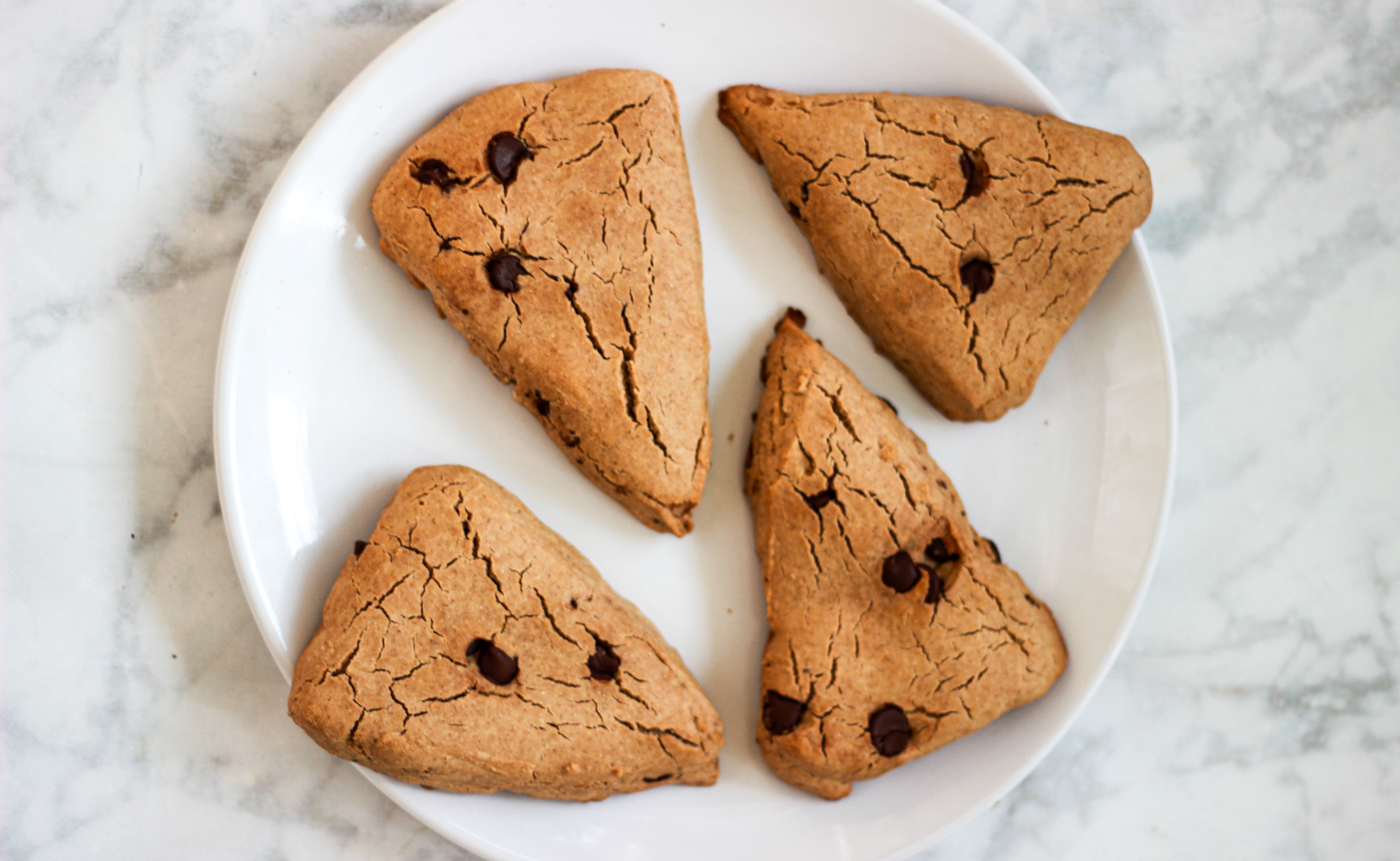 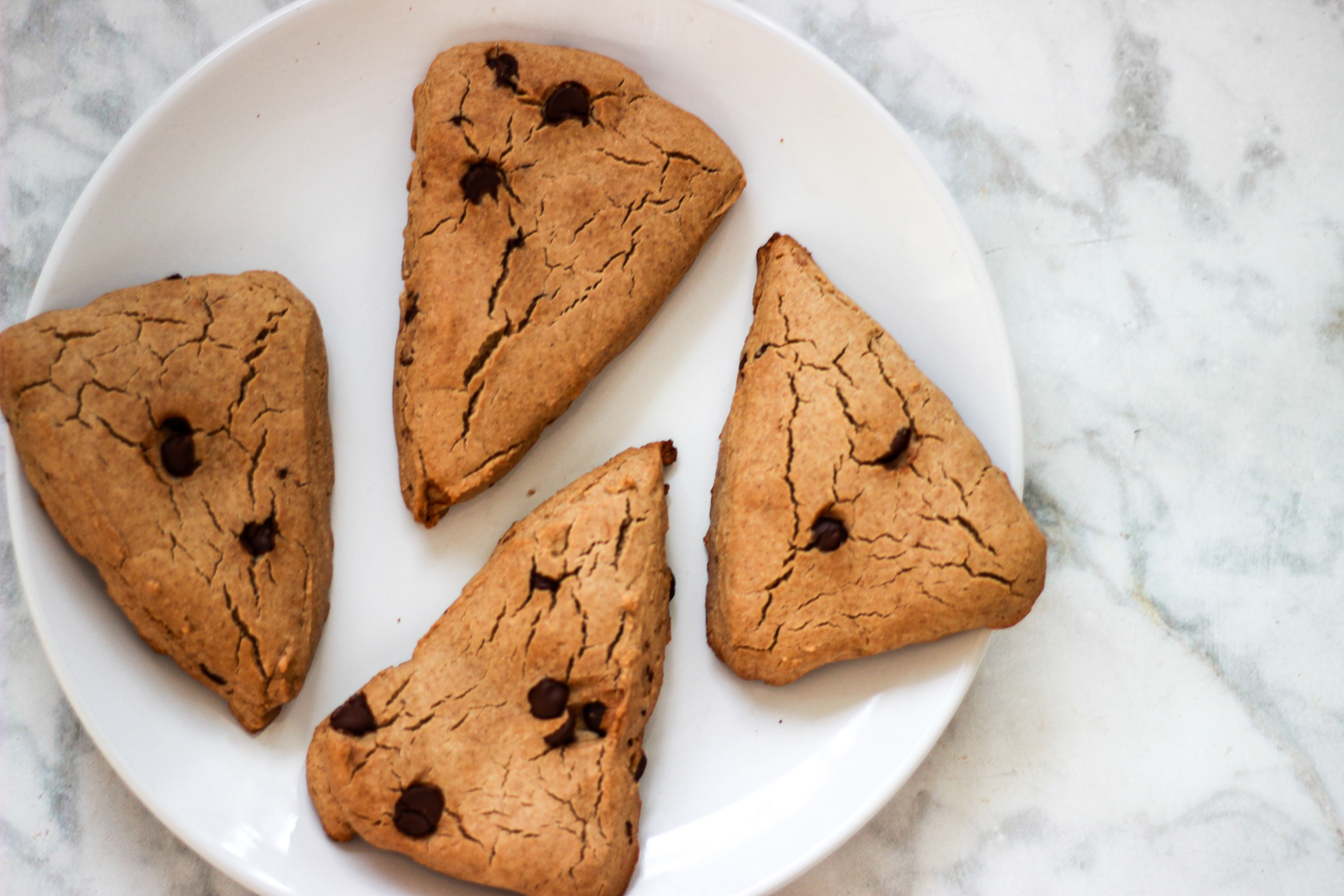 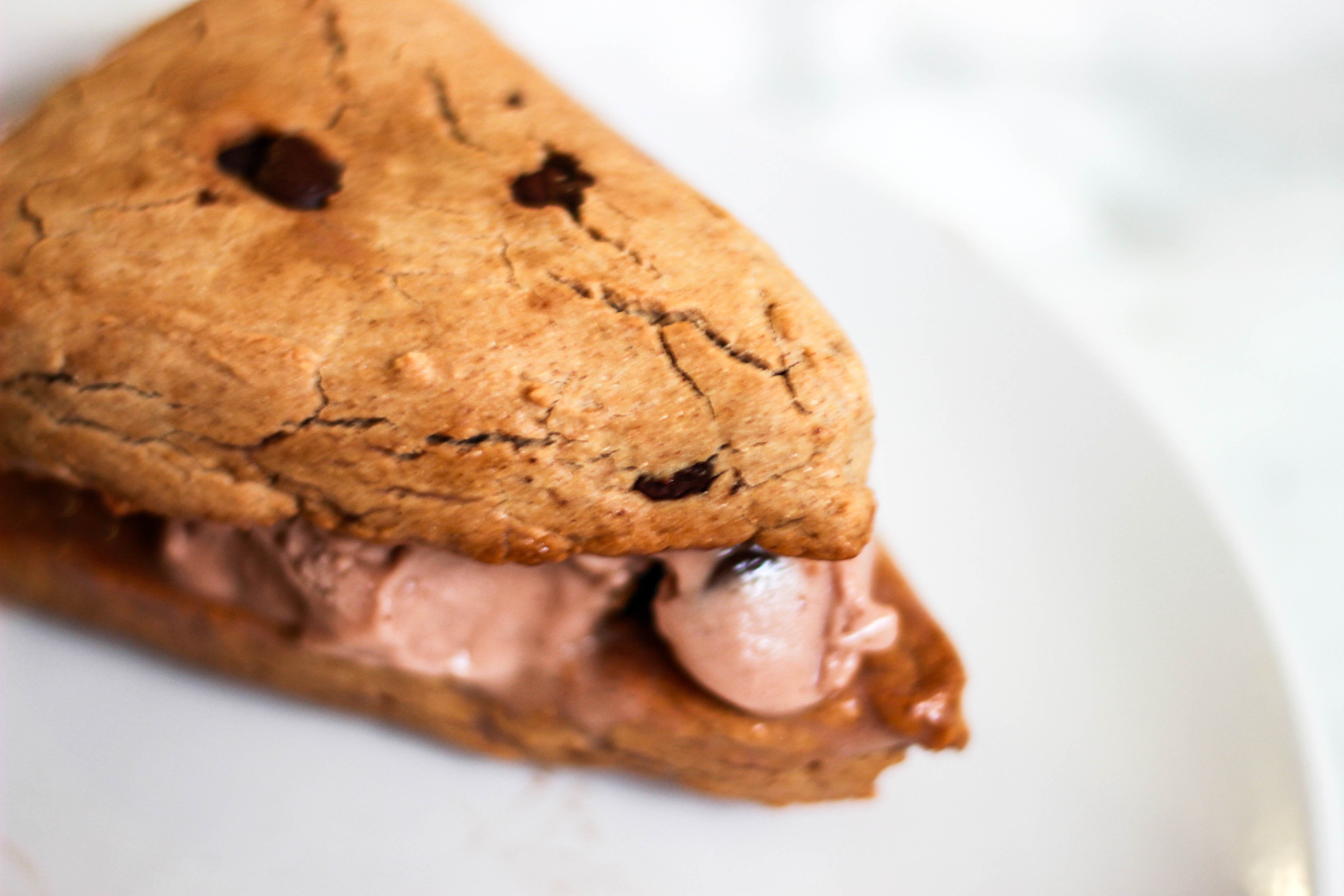 If you try this recipe, let me know how you like it! Scratch that, I promise you’ll love it. If you take a picture, be sure to tag me (@addicted_to_lovely) so I can see it! What’s your favorite kind of ice cream?!