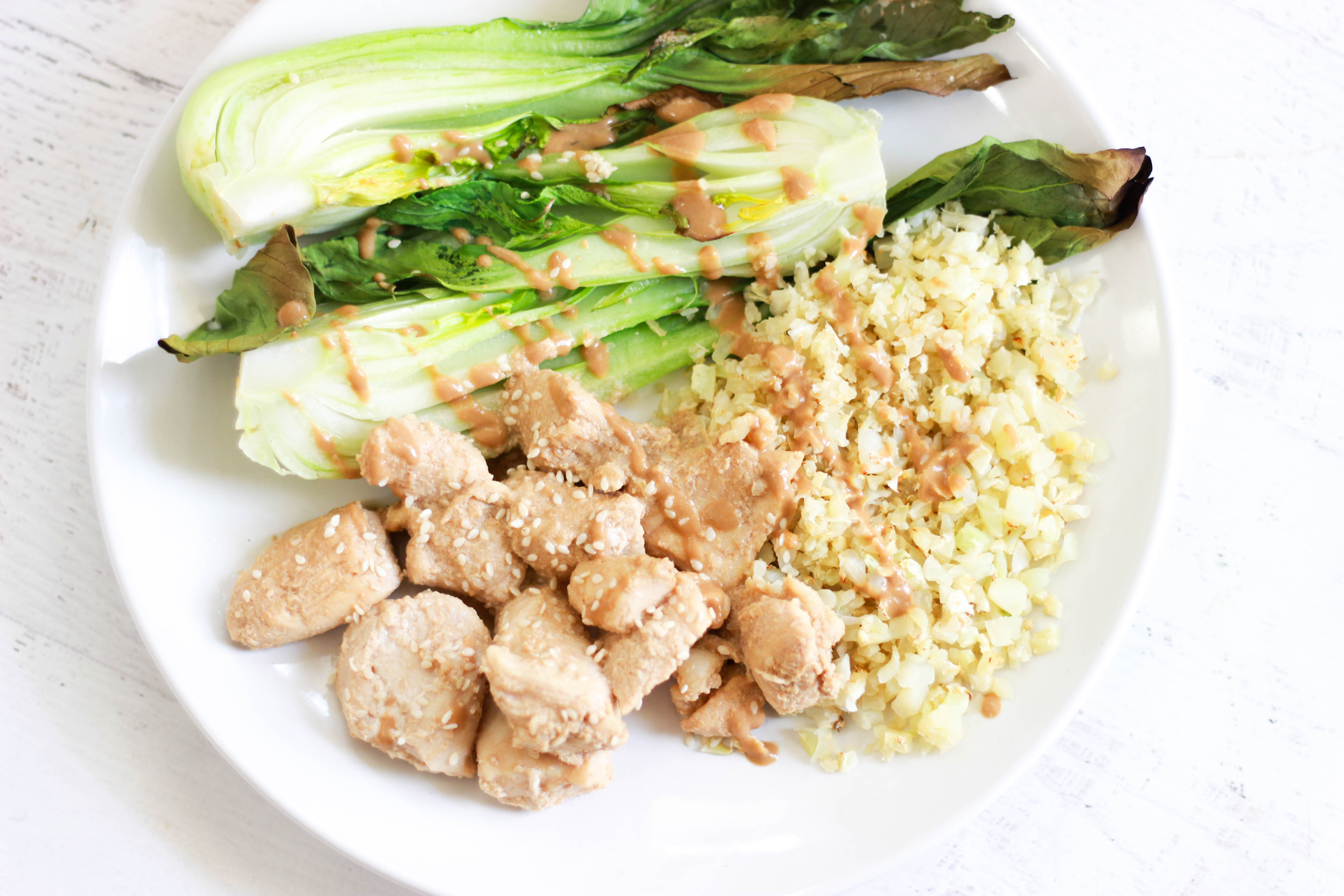 Whenever my family wants to eat out for dinner (which isn’t very often), we choose Japanese food 9 times outta 10. Always have. My mom was always the real sushi fanatic in our family, and we stayed loyal to our favorite Japanese restaurant of the time period in question. For a long time, our favorite place was a restaurant called Liquid, and it had a Benihana-style grill in the back, with a regular restaurant in front. 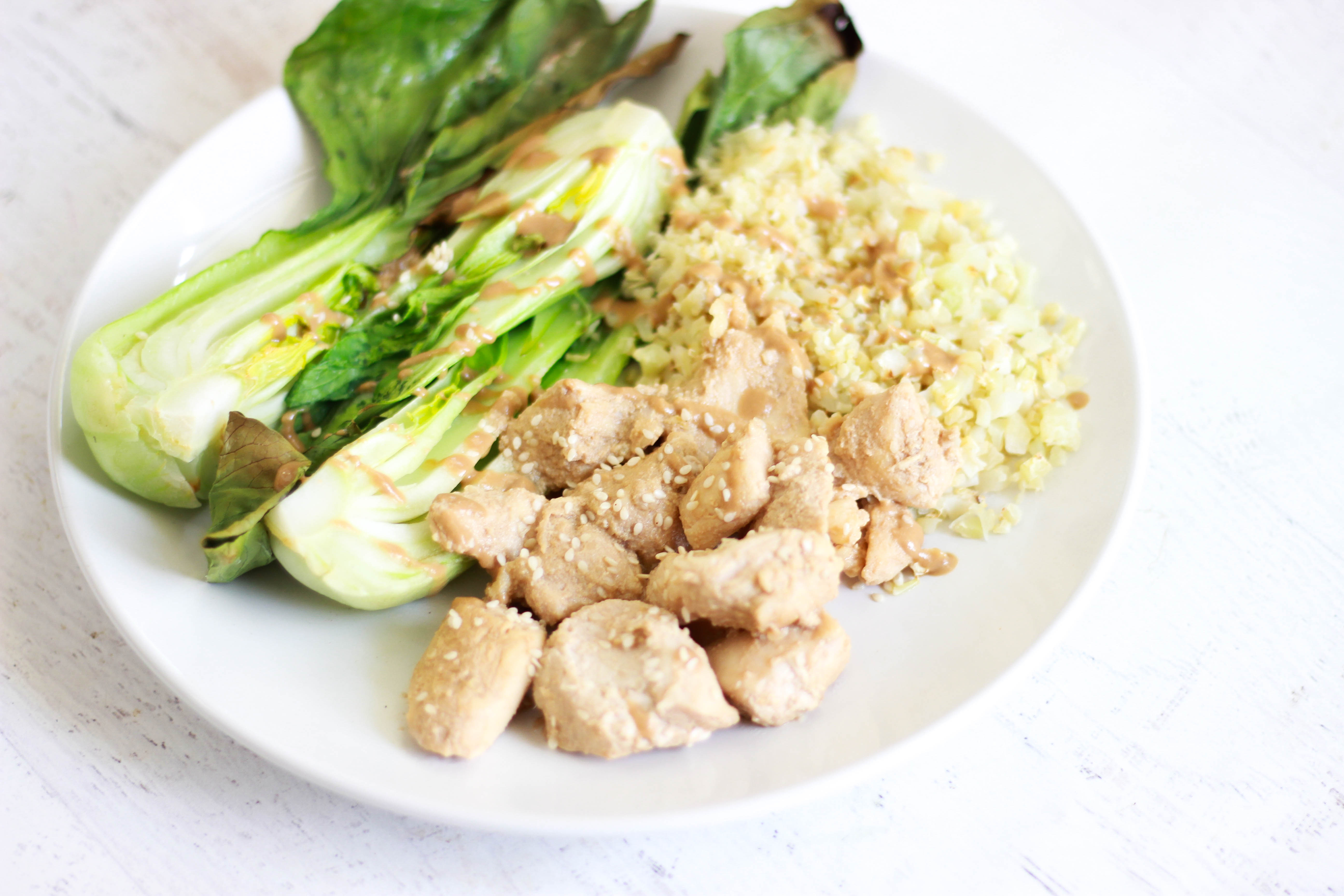 I was a notoriously picky eater growing up. For every restaurant our family frequented, there was always only ONE thing on the menu I would order. I’ve always been a creature of habit.  My mom would rarely bother asking me what I wanted, because she knew I was going to get the same thing every time. When it came to Japanese food, it took awhile for my taste buds to mature enough to appreciate quality sushi, which finally happened in high school. For a long time, though, I wouldn’t even consider eating raw fish. 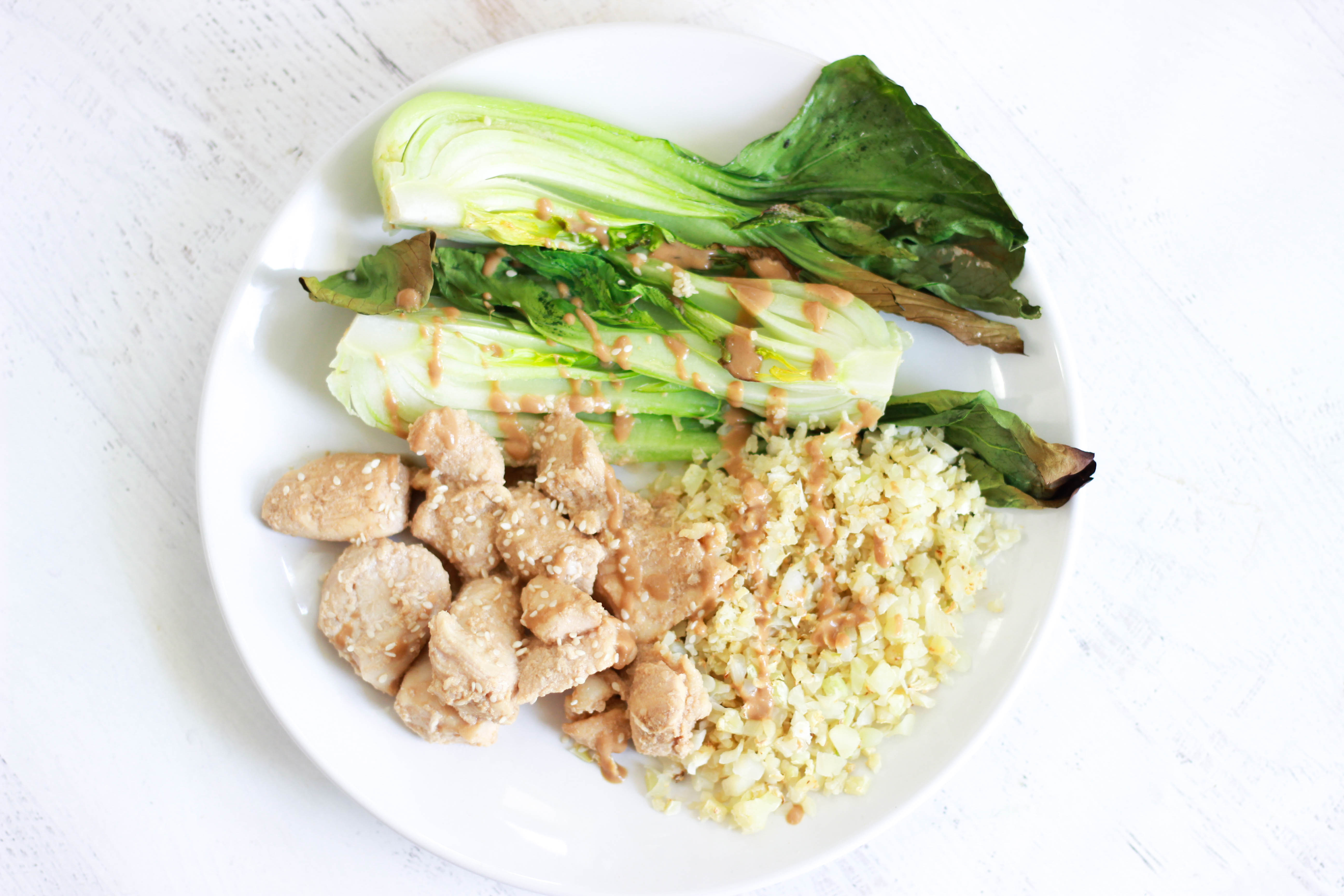 Young Christina’s Japanese food order? Always teriyaki chicken. Teriyaki chicken, white rice, side salad, and orange wedges. It came in a Bento Box. What was special about Liquid’s teriyaki chicken, though, was that sometimes it came out with a creamy teriyaki sauce instead of the standard teriyaki. 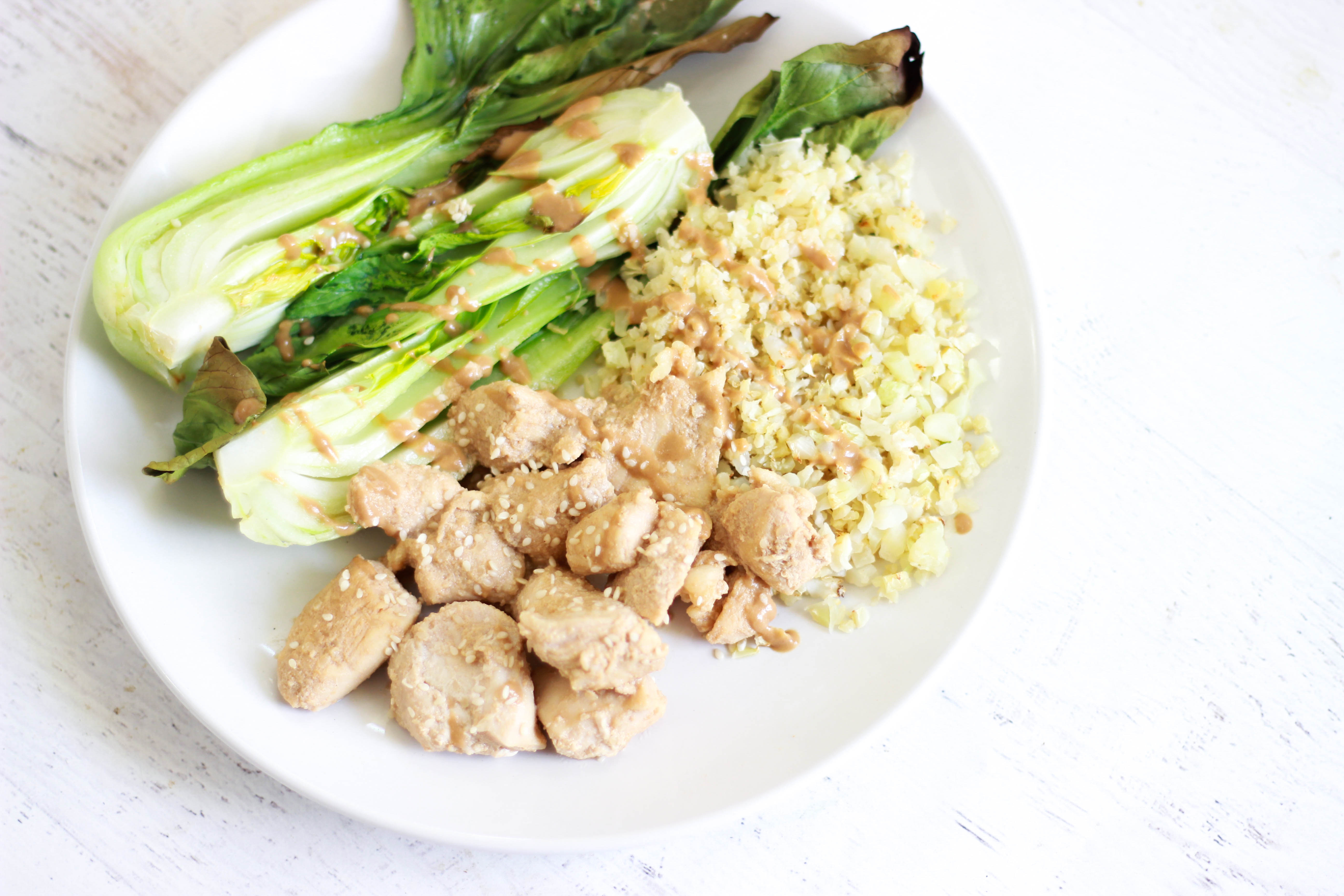 I always knew it was a special day when the creamy Teriyaki sauce came out, because it was only once in awhile. I’m still not sure if it was a fluke or not. Instead of drowning my rice in soy sauce (no exaggeration) like I usually did, I’d try to mix it in with the teriyaki sauce, and I’d try to get some of that sauce on my salad as the dressing, too. There was never enough for me! Liquid closed when I was in high school, sadly, but I’ll never forget that creamy Teriyaki chicken. Thankfully I learned to love sashimi by the time we had to switch our go-to restaurant, so I didn’t spend too much time harping over the loss of that special teriyaki sauce. 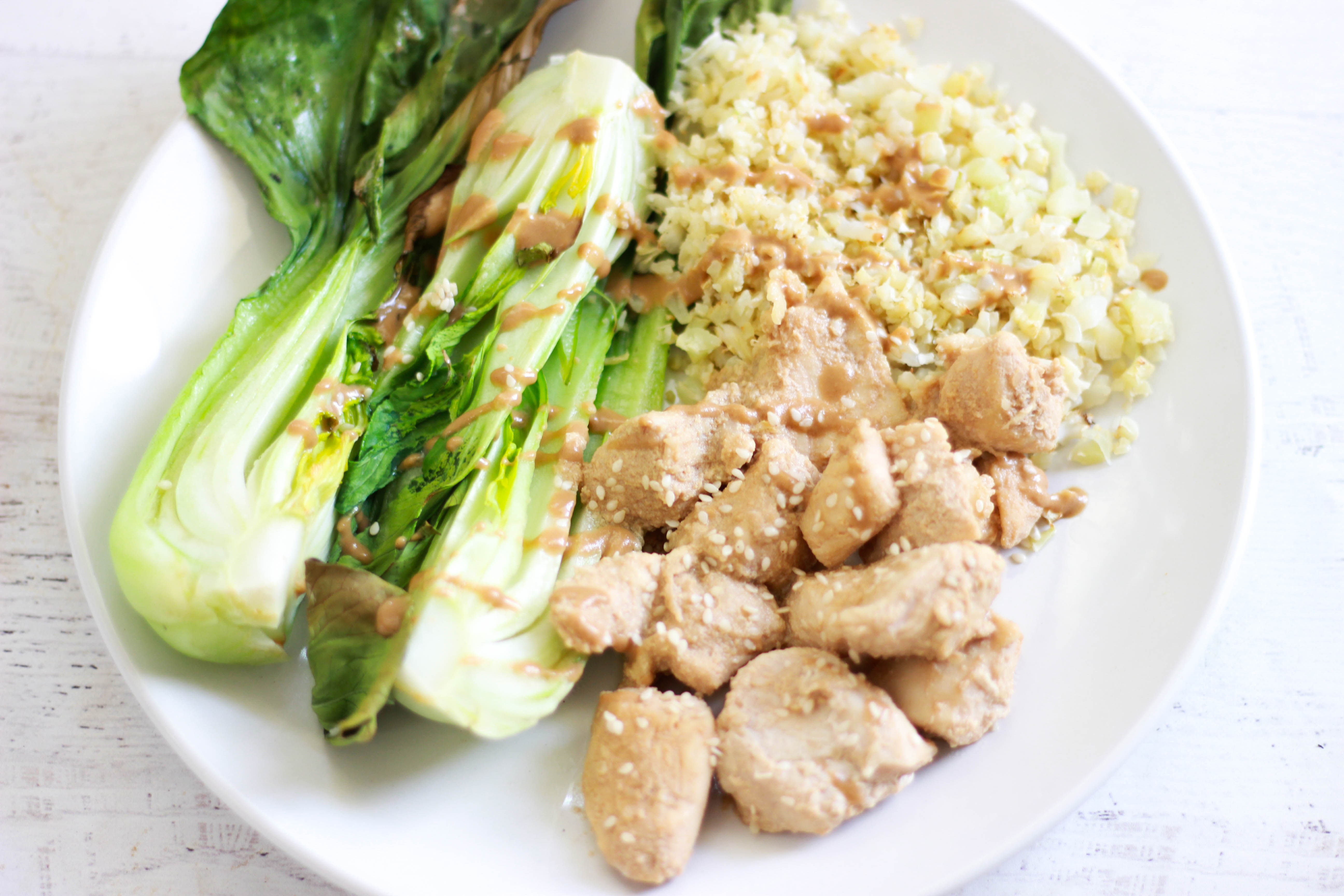 This creamy teriyaki sauce is my tribute to the teriyaki chicken I used to love ordering from Liquid, but this is definitely a much healthier version. It’s completely paleo and extremely easy to make, and the best part is that there is no sweetener! Most teriyaki sauces use some type of sweetener, like honey or orange juice, but none is needed here. That means it’s also great for anyone watching their sugar intake, whether you’re doing Whole 30, keto, paleo, low-carb, or just low-sugar. 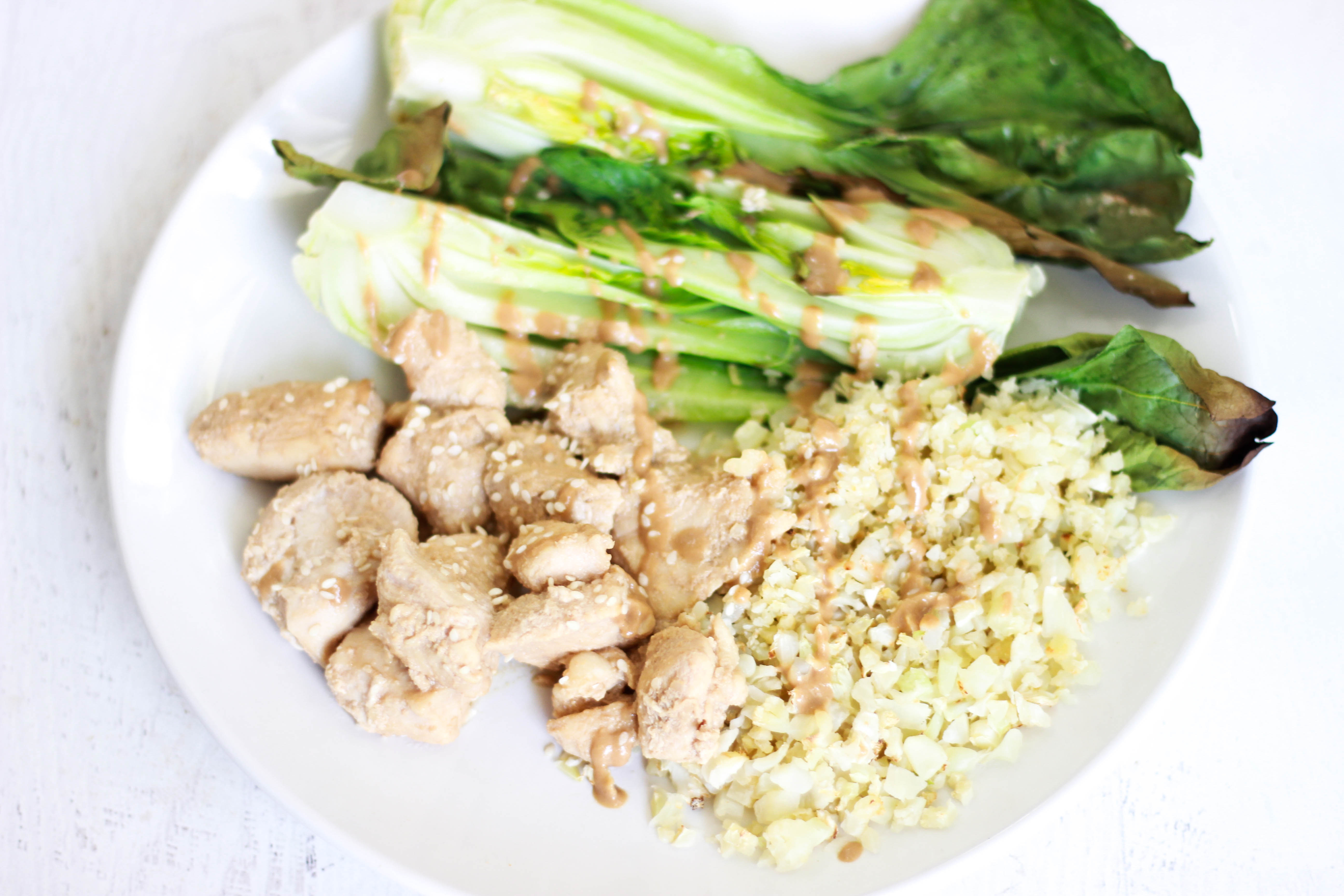 This recipe also doesn’t require any sesame oil, which I generally try to avoid. I used tahini to provide the creamy texture and sesame flavor. When there’s tahini involved, you know it has to taste good! AND there’s no SOY! Soy is an ingredient I always try to avoid because it contains phytates, protease inhibitors, and estrogenic properties (in addition to being one of the most common GMOs). Instead of using soy sauce, I used my favorite healthy alternative – coconut aminos! 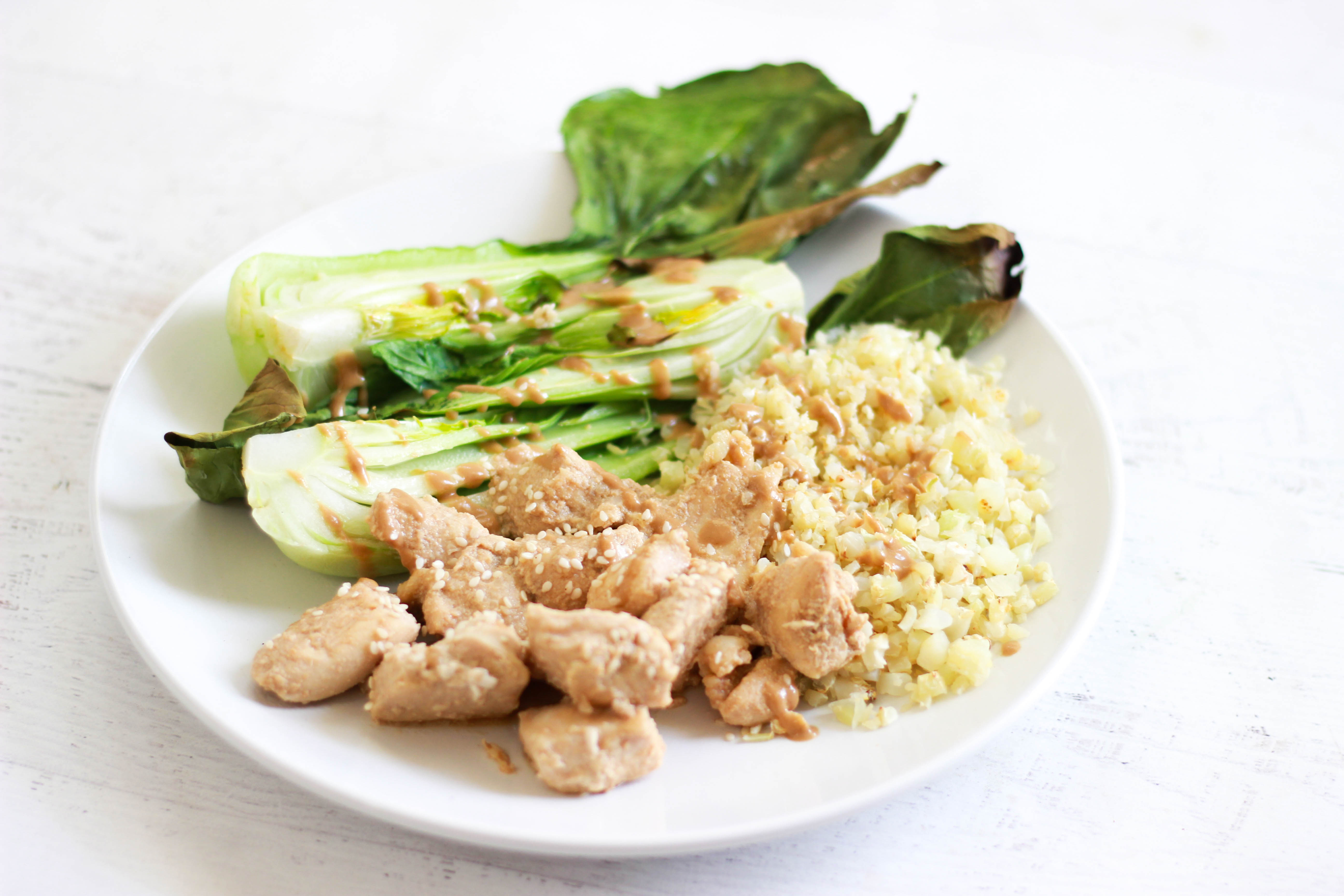 You can make this sauce separate and put it on anything you want – I could honestly drink it straight. I love using this as a salad dressing. 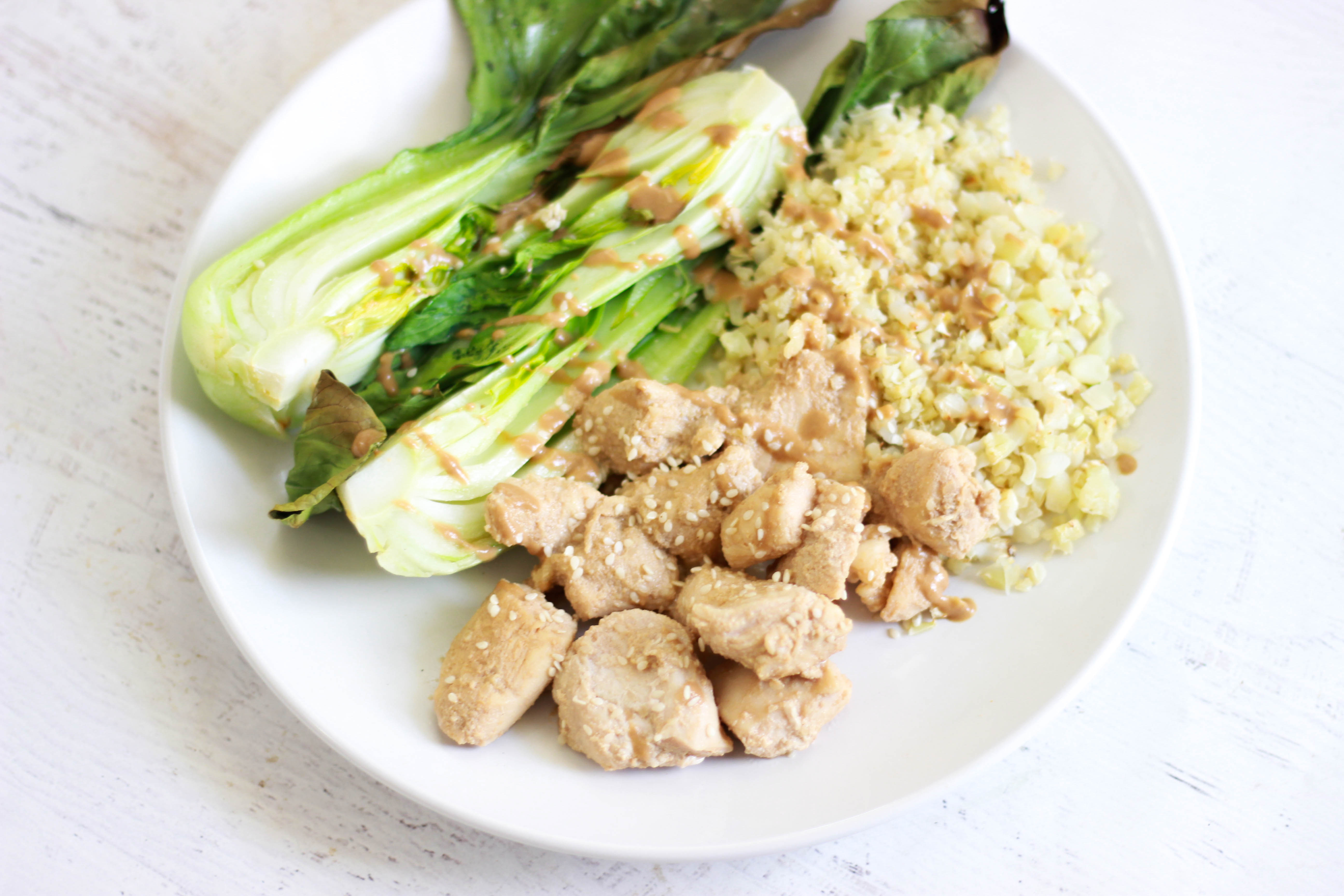 This is a fun way to dress up boring chicken, although this sauce would be delicious with anything! This recipe is Whole 30-approved, low-carb, paleo, gluten-free, dairy-free, AND soy-free. If you love traditional teriyaki sauce, give this spin a try! 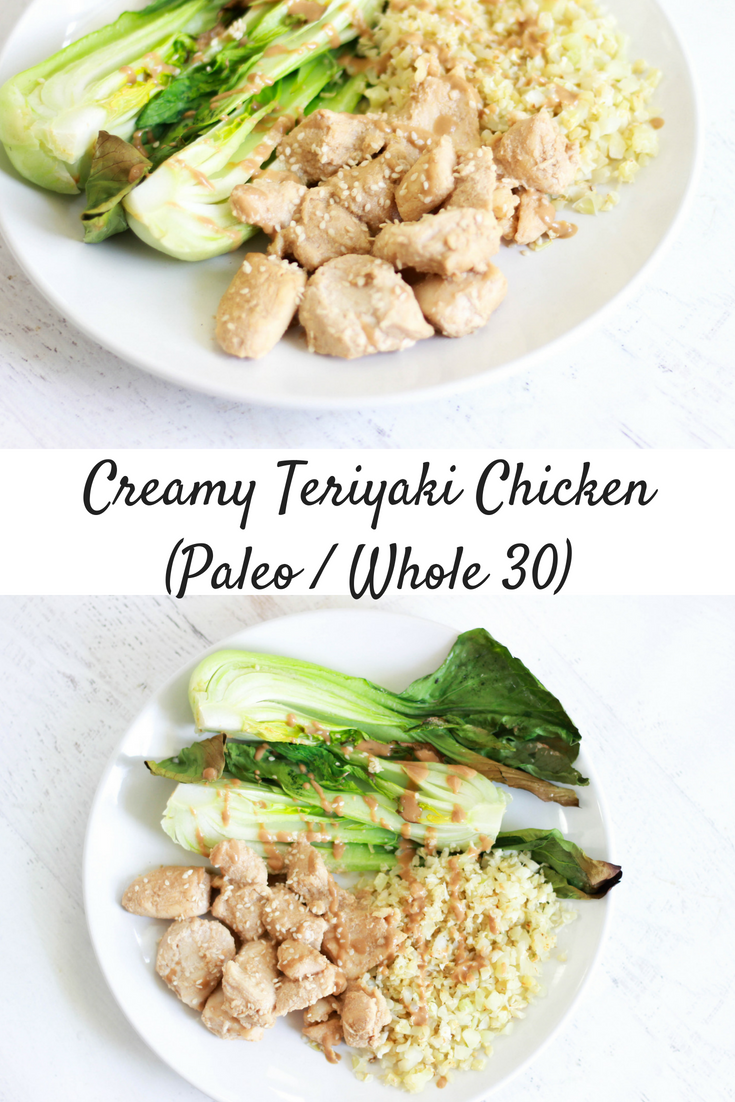 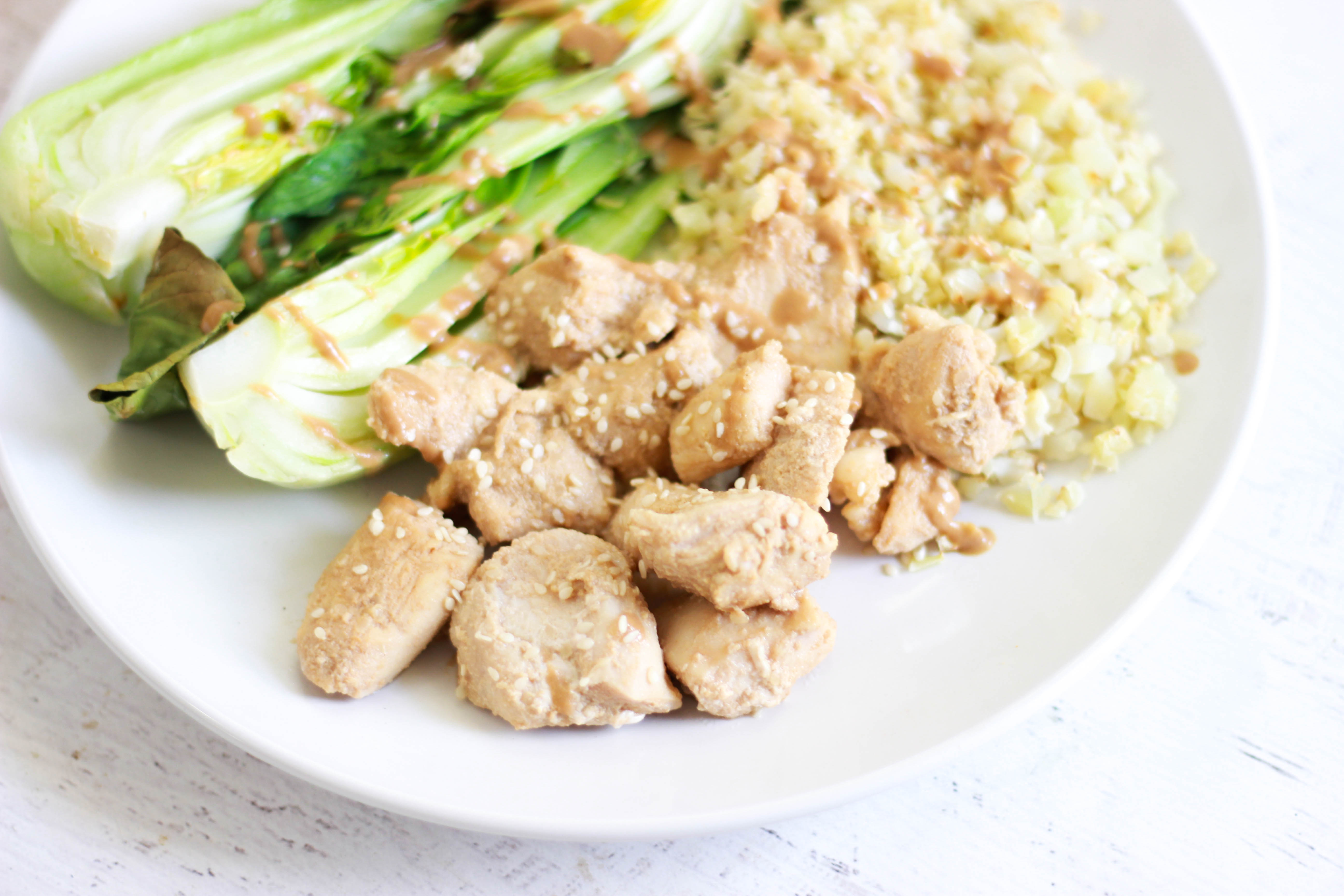 What’s your favorite thing to order at a Japanese restaurant?!