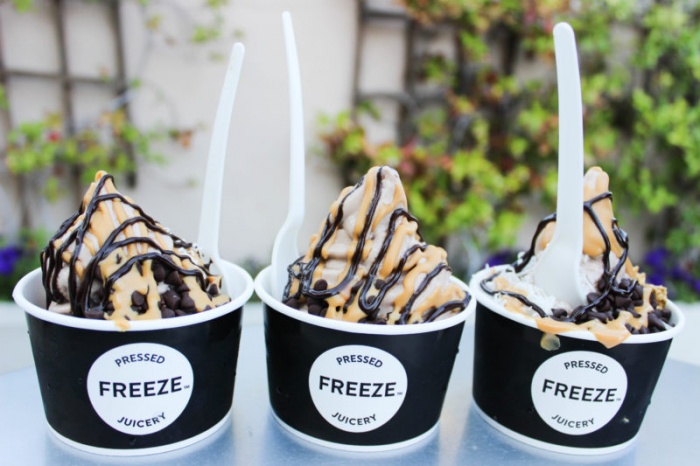 I was not planning on doing this post. Very impromptu. But I absolutely had to pop in here and cancel my blogging schedule for this week, because there’s a slight crisis on our hands that is really frustrating me.

EVERYONE IS BLOATED. AND THEY’RE ALL ACTING LIKE IT’S NORMAL.

As the general population slowly catches on to the importance of gut health, so are healthy food bloggers. Everyone loves to flaunt their probiotic foods and drinks and tout the amazing digestive benefits of different foods and supplements. That’s great. There has also been a rise in interest toward food intolerance tests, like the Pinner test (that post is coming very soon), calling attention to the fact that so many people have digestive issues. Basically, digestion has been a hot topic recently, which I personally love. You guys know digestion is my favorite topic. I’m a total nerd and spend basically all of my free time researching it.

Anyways, I keep seeing a similar pattern over and over again. Everyone is bloated. Don’t get me wrong – you know I love when people keep it real on Instagram. A bloated belly pic is a good dose of reality, in some ways, but in other ways, it’s not. The problem is that people are normalizing bloating. I’ve heard people say, “Guys! Look! I’m bloated all the time too even though I eat healthy! It’s just a part of life!”

Um, no. Just because everyone is bloated doesn’t mean they should be. So many people are bloated because so many people eat crap! Even if they don’t realize it.

I’m bringing this up because 7 people TODAY ALONE called me or texted me asking for digestive help. These were all people who eat healthier than 98% of the population. They told me they’ve been bloated and/or had some other digestive problems for years. It’s become commonplace in society, though, so people don’t feel the urgency to change it.

Being bloated is not normal. You do not need to be bloated. Being bloated is a sign that your digestion is off, and you need to fix it. (You also should not be constipated or have diarrhea on a regular basis.) There are a million reasons why you could be bloated, and I definitely cannot diagnose you in this post. It could be processed food (if for some reason you’re still eating that). It could be gluten or dairy. It could be some other food intolerance. It could be FODMAPs. It could be Candida overgrowth. It could be SIBO. It could be from antibiotics you’ve taken in the past. It could be a parasite. THERE ARE SO MANY POTENTIAL REASONS. It could literally be just from too much sugar. (Please do not buy into the fiber myth. The fact that people still take Metamucil makes me shudder. )

Digestion is the most crucial aspect of health. Your gut health affects your brain, your immune system, your skin, detoxification pathways… all of it. You need to get your digestion in check if you want your health to be in tip-top shape.

You need to figure out the root cause of your bloating or digestive issues, because you might be eating something that you think is healthy that actually isn’t. For example, sometimes eating probiotic foods can make things worse. Or you might be eating some of the foods that healthy food bloggers promote that are actually very high in sugar, which are then disrupting your gut flora. (Cough cough, snack bars.) In other words, you might be eating more sugar than you think. Or you might be eating a food that is causing your body to attack itself, which is definitely not good. In order to figure out what is causing your digestive discomfort, I recommend working with a functional medicine practitioner to do some testing. A stool test, a breath test… the doc will know what to do. Remember – everyone is unique.

No matter what the cause is, you need to find out. Constantly being bloated or getting bloated after every meal is not normal. It’s common, unfortunately, but it shouldn’t be. You are not destined to a lifetime of bloat. You can fix it. You just need to do a little work to get there.