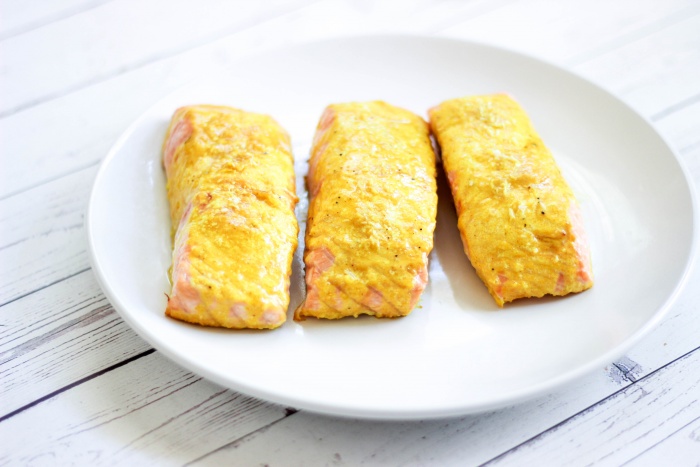 As much as Instagram has its downsides, it will always be the best place to find recipe inspiration. I can always depend on Instagram to get my stomach growling and to inspire me to try something new in the kitchen. 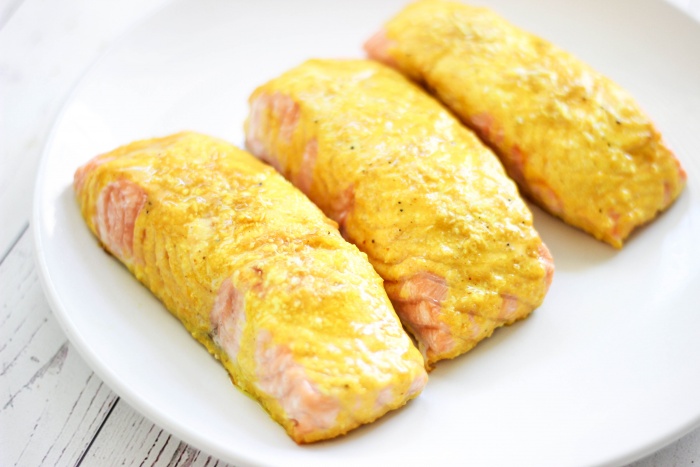 A few months ago, I saw Mary Shenouda of The Paleo Chef post a picture of coconut butter salmon, and I was immediately foaming at the mouth in lust. I quickly made her recipe and tried it for myself. Pure heaven. 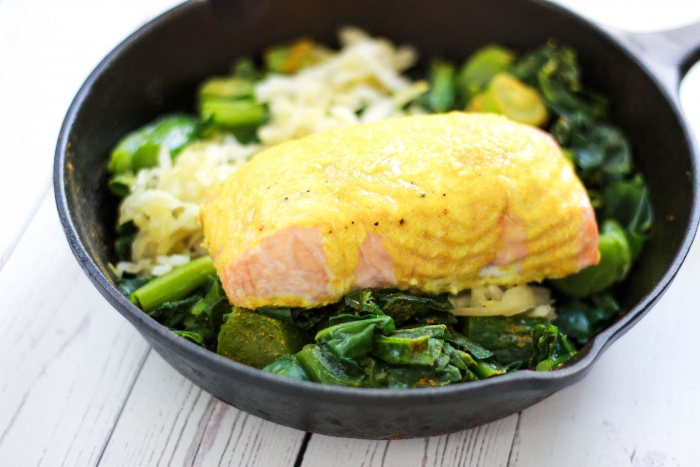 How had I never thought to put coconut butter on top of salmon before?! Coconut butter and salmon are two of my favorite foods, so of course the combination would be divine. Mary’s coconut butter salmon had a savory flair, though, which I never would have thought to try had I not seen her post it. The coconut butter was mixed in with EVOO, dill, and a few other spices, and I loved the richness it added to the fish. 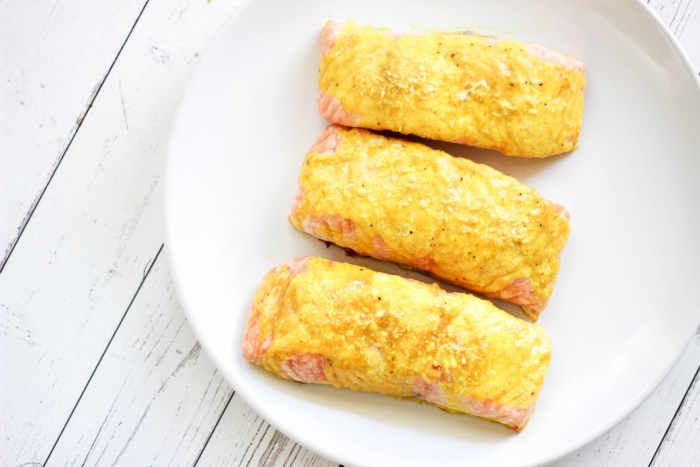 I quickly became obsessed with putting coconut butter on my salmon, of course, but I wanted to experiment with new flavor combos. Another thing I love to make is turmeric-coated salmon, so it seemed only obvious to make some version of “golden milk” salmon! 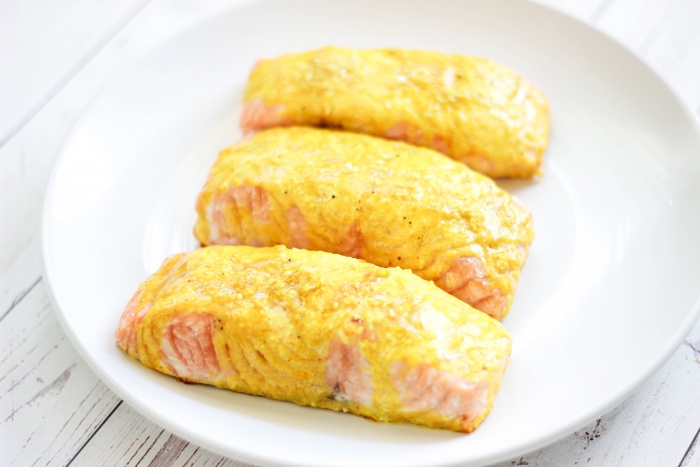 I adore golden milk. If you haven’t already tried out my Golden Milk Pudding, I highly recommend you do! Golden milk lattes are all the rage right now, and for good reason. It’s not just because they’re beautiful. 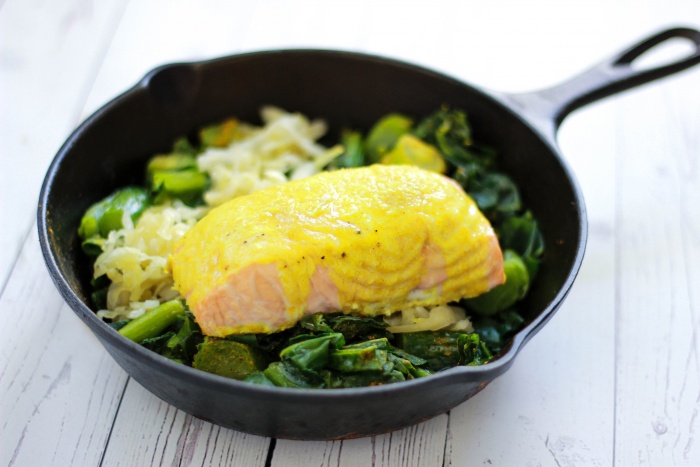 First of all, golden milk is delicious. There’s not much else to say other than that. Second of all, golden milk has been used as an Ayurvedic healing remedy for a long time. If you’re not familiar with Ayurveda, it’s the oldest medical system in the world. I recently recorded a podcast episode with Sahara Rose, an Ayurvedic nutritionist and the author of the Idiot’s Guide to Ayurveda, on Actually Adultish. Definitely check out that interview if you want to learn more about Ayurveda and its many teachings! You can listen to that episode here or on iTunes! 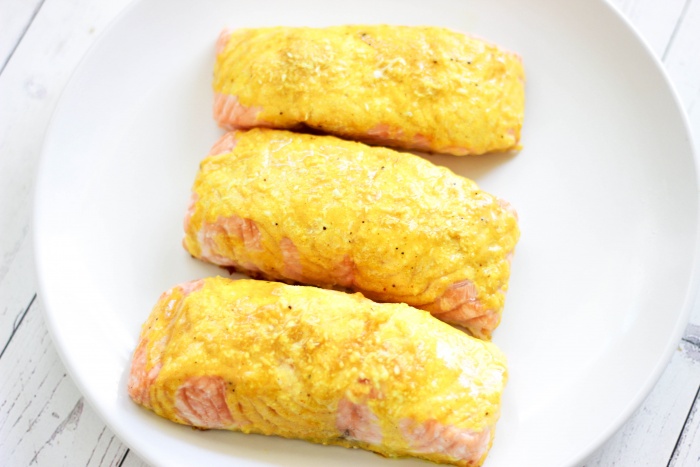 Anyways, golden milk has been shown to benefit digestion, immunity, and liver function, and it also helps with everything from colds to headaches to depression. Its main components are coconut milk, turmeric, ginger, and black pepper. Turmeric helps reduce inflammation in the body, amongst many other things. 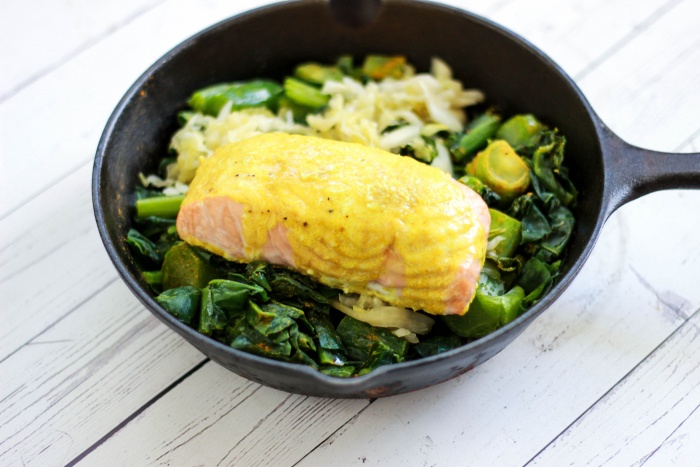 Honestly, though, I’d be a golden milk fan even if there weren’t any health benefits. It’s a warm, comforting, and delicious drink, and it’s especially perfect for fall. It literally tastes like gold. Now, I have finally extended that golden flavor to my SALMON! 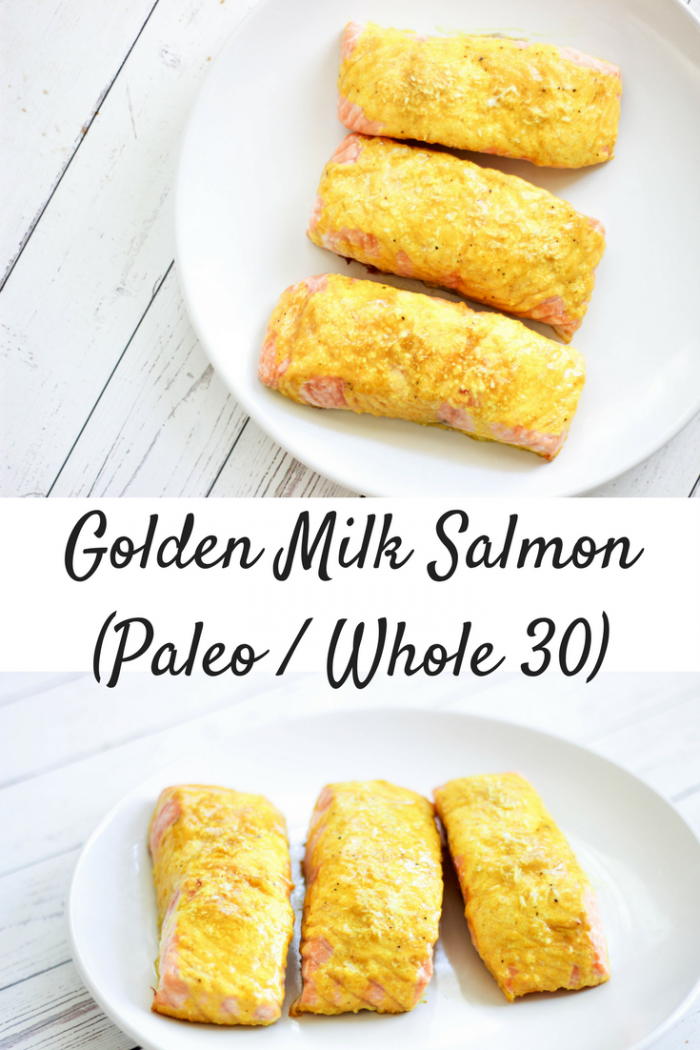 If you’re looking to switch up the way you cook your fish, put this into your rotation! The coconut butter mixture creates the perfect coating for warm, buttery salmon. You can make this using coconut oil or ghee, although the flavor is a bit richer with ghee. All you have to do is mix together the spices with the healthy fats in order to make the golden milk “coating,” then pour the mixture over the salmon fillets. Easy! You can make the golden milk topping as thick or thin as you want. (I tend to drown my salmon in it, or save the extra to pour on top after!) 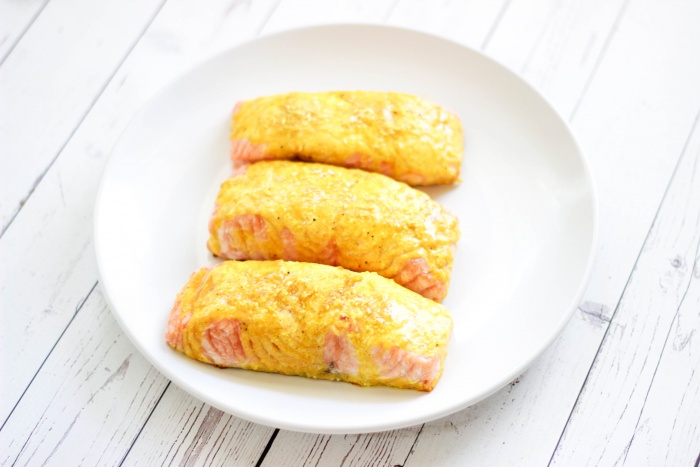 I also love to top this off with unsweetened shredded coconut flakes for an added crunch. Totally optional, but if you have them, why not? Another option is to toss this in the broiler for the last few minutes of cooking to crisp up the top. Sometimes I do this, and sometimes I don’t. Only do it for a minute or two, though, or the coconut butter will burn! But if you perfect the timing, it leaves a lovely browned top. If you’re going to put the salmon in the broiler, don’t use parchment paper to bake the fillets. The parchment paper might catch fire in the broiler, and I do not want to be responsible for your house burning down! 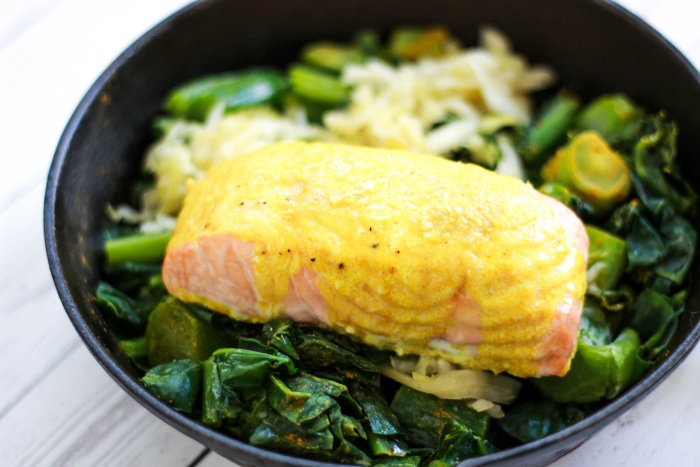 This recipe is an excellent way to add a new flavor to an old staple, while adding a ton of healthy fats and anti-inflammatory properties to an already fabulous source of protein! Just when you thought salmon couldn’t get any better, right? This recipe is perfect if you’re paleo, keto, on a Whole 30, pescatarian, or just want DELICIOUS FOOD! And if you’re already a golden milk fan, you’ll adore this! 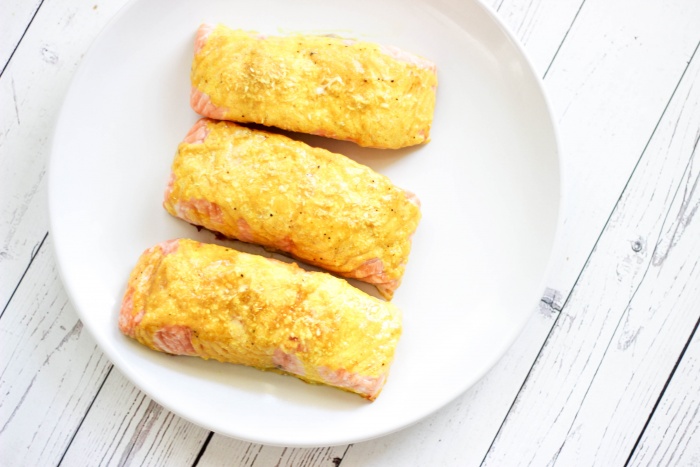 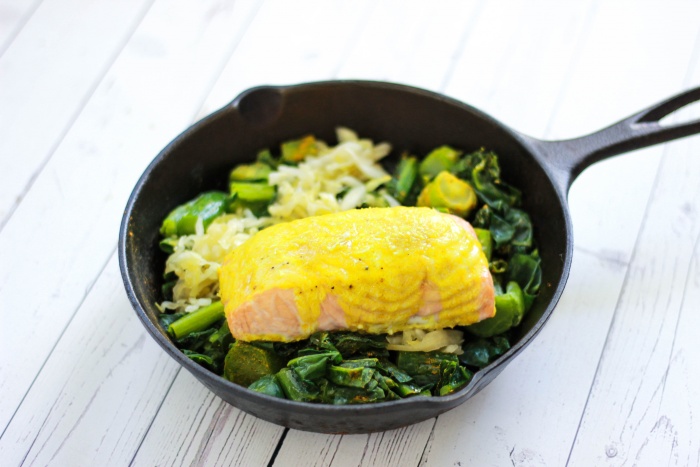 If you try this recipe, make sure to tag me in a photo so I can see! I hope you love it as much as I do! 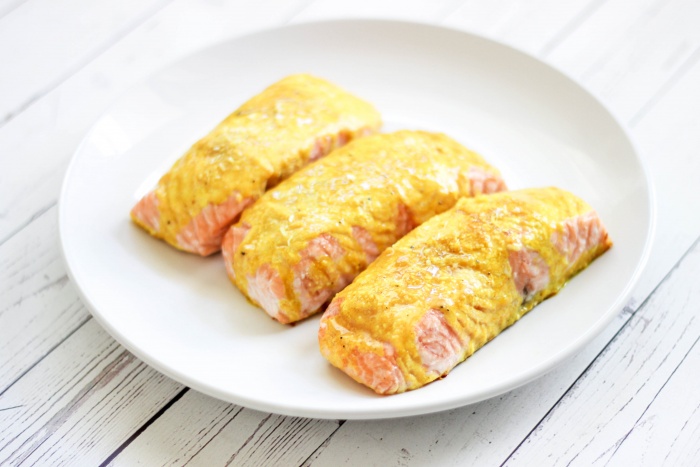