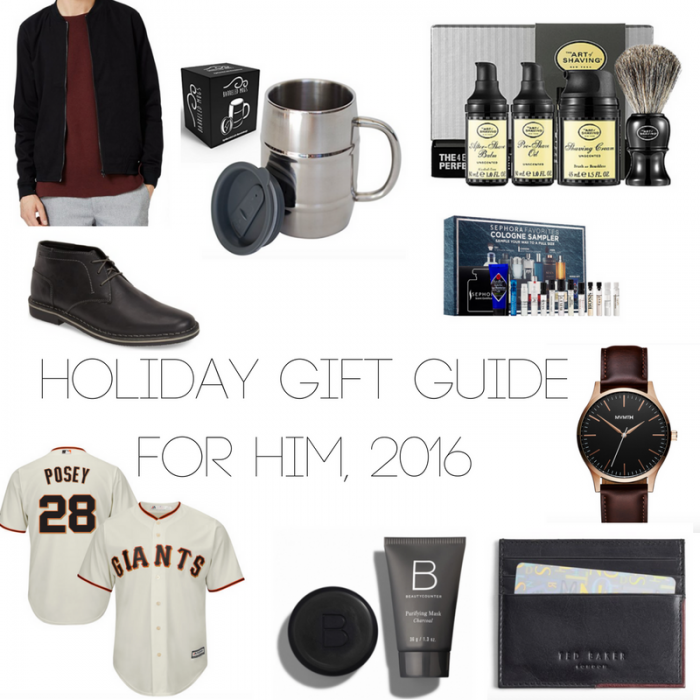 “It’s so hard to shop for guys.” I hear this constantly during the holidays. I think that we think it’s hard to shop for guys, but the truth is, it’s not really. It seems difficult because men are pretty simple. And women overthink everything. Most guys are also minimalists, too, so there’s not much they need that they don’t already have. While that might make us think its harder to shop for men than for women, it’s actually easier. I’m pretty sure most guys will be excited to receive anything you pick out for them.

I will admit, though, that I tend to spend a lot of money on gifts for the men in my life. I’m not totally sure why that is. My hunch is that because most guys already have what they need, I want to buy them extras that they don’t need, which tend to be nicer items. Fancy ish.

That being said, I’ve compiled a gift guide for the men in your life with the help of one of my best guy friends. In other words, I suggested things and had him tell me yes or no. And then he suggested things. So this has a male stamp of approval, in case you were nervous! #Legit

This guide is much shorter than my gift guide for women, so it’s not broken up into parts. I’ll just explain everything as I go. 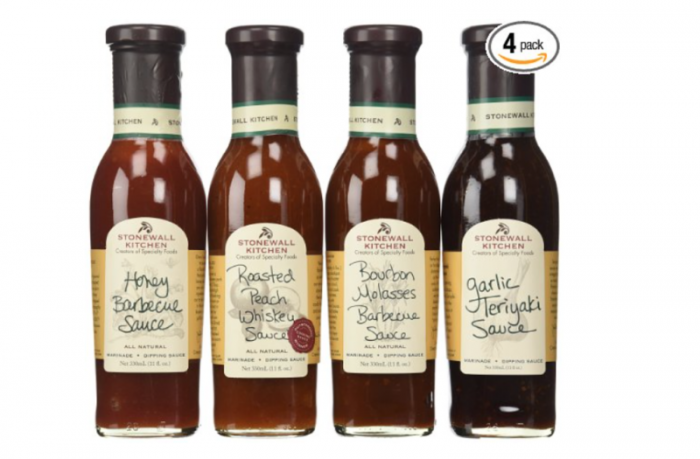 Stonewall Kitchen Sweet Grille Sauce Collection: I bought these for my dad one year for his birthday, and he has asked for them for every single holiday ever since. He has literally asked 5 people to buy him these this year for Christmas. I wish these were healthy, but they’re not. But hey, it’s Christmas! The good news is that I can pronounce all of the ingredients and I know what the ingredients are! It could be worse. Anyways, he tells me these are the best BBQ sauces in the game. I don’t know many guys who wouldn’t go for a good BBQ sauce. 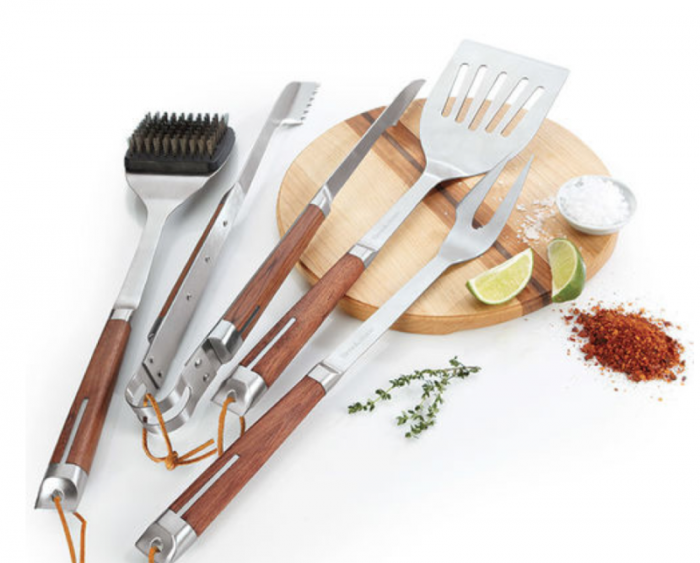 Stainless Steel BBQ Tool Set: If your man is into grilling, then hook him up with some classy grilling tools! He will actually use them, so he will appreciate them. Plus, it might incentivize him to cook you up something super yummy! 😉 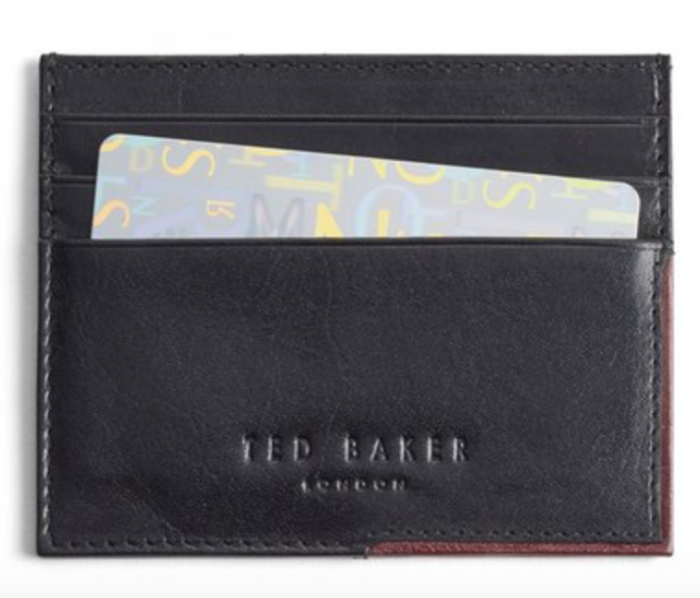 Leather Card Case: Apparently card cases are the cool new thing. Guys have the ability to travel light (unlike me with my 300 pound purse), and a card case is even more convenient for them than a wallet. Since most men already have a nice wallet, why not get them a classy card case to spice things up?! 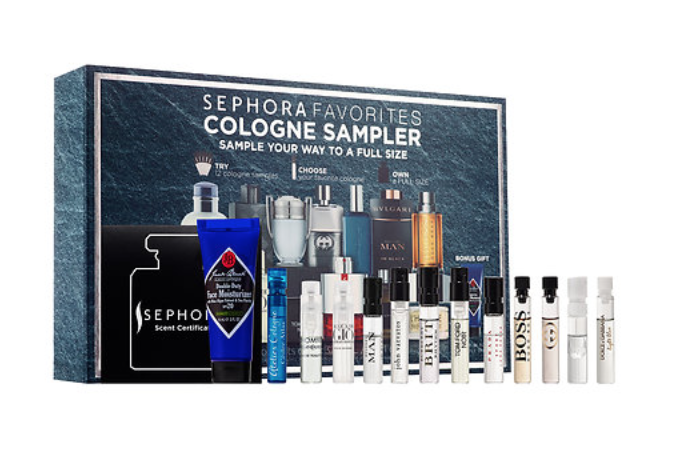 Sephora Favorites Cologne Sampler: Every man needs a good scent. And, just like for women, picking a scent is tricky. It’s personal! That’s where the cologne sampler comes in. He can sample a ton of different fragrances, and then he can use the Scent Certificate to redeem a full-sized set of his choice! In a way, he’s picking out his own present. For everything you get in this set, it’s a total steal. 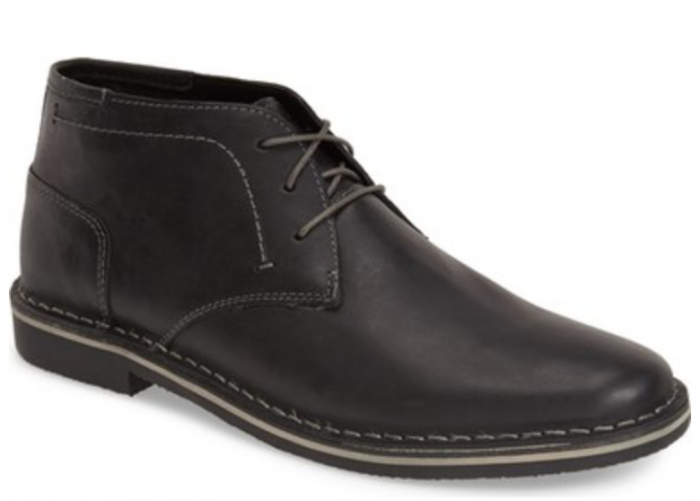 Chukka Boots: These are soooo classy. If the man in question doesn’t already have a pair of quality, nice shoes, buy him some! Chukka boots are super popular right now, and these ones from Steve Madden were the best quality chukka boots I could find that were also relatively affordable. My friend also recommended these ones from Clark’s, which are a little bit more expensive, but well worth the money. 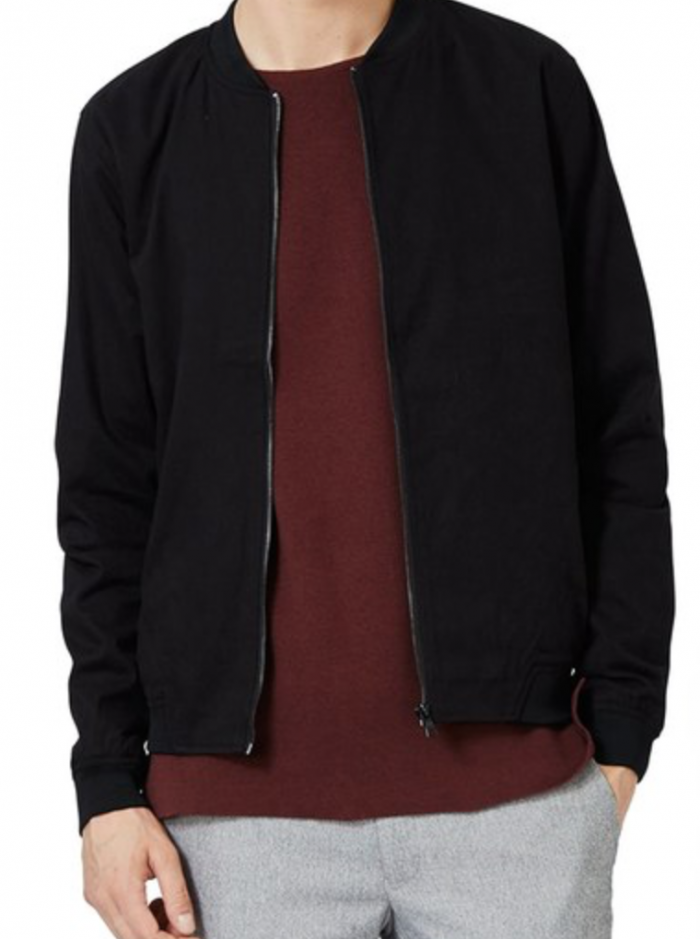 Topman Cotton Bomber Jacket: So swaggy. Bomber jackets can be dressed up or dressed down, and black goes with everything. Word on the street is that you should order a size up in this particular jacket, just to be safe. If your guy isn’t very stylish, then Christmas is the perfect time to trick him into getting a little more fashionable! 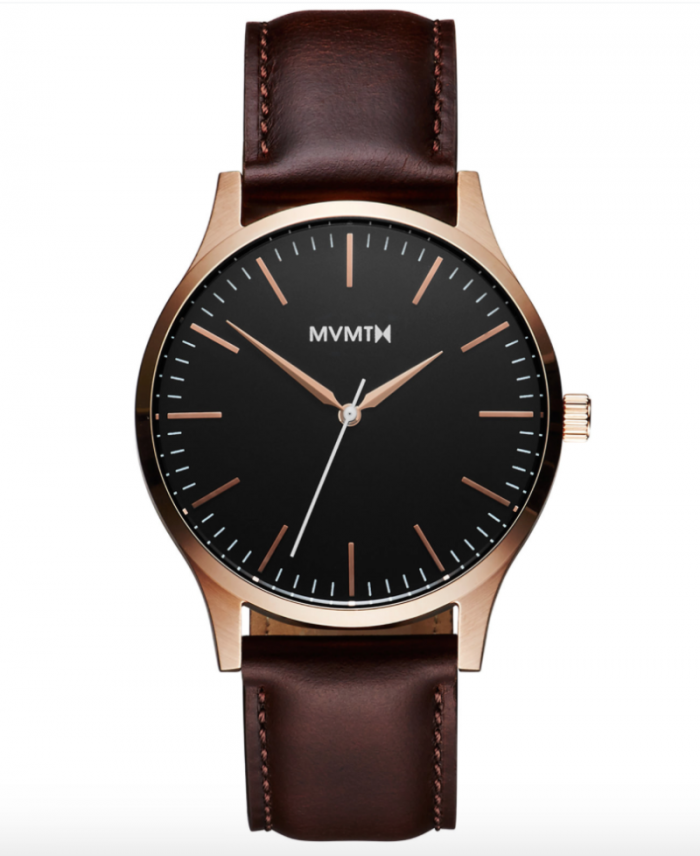 MVMT Watch: Let’s be honest – watches are kind of the only accessory guys can really switch up. I don’t think a guy can have too many watches. MVMT has some really nice styles at really affordable prices, so browse around! Casual, fancy, bulky, slim…they’ve got it all. 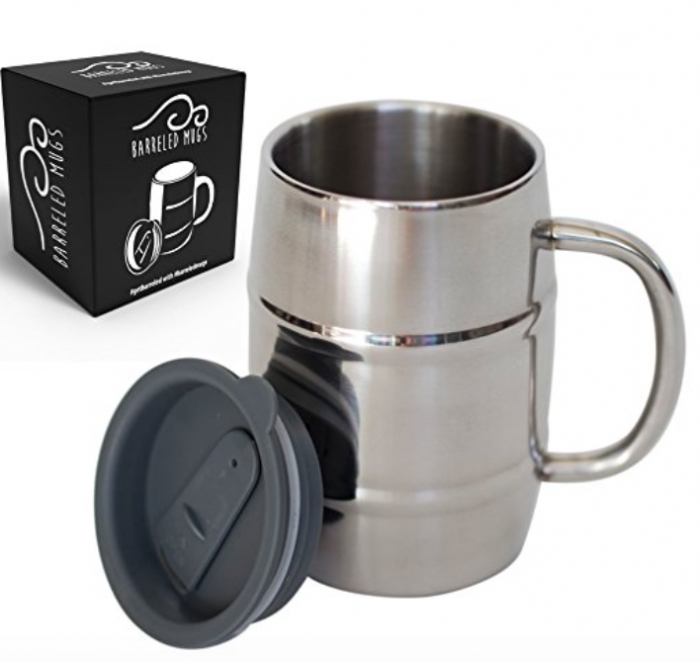 Stainless Steel Beer Mug: Just like every woman needs a girly mug for her tea, every man needs a MAN MUG. Not only is it perfect for coffee in the morning, but it’s also ideal for keepin’ your beer cool at night. Insulation for the win! 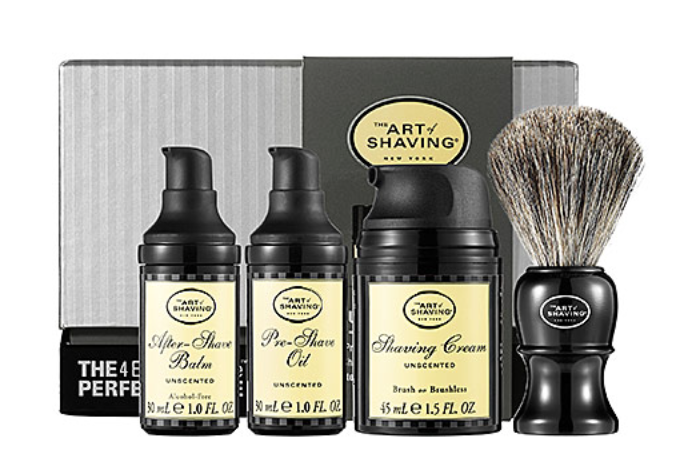 The Art of Shaving – The 4 Elements of the Perfect Shave Carry-On: This set comes with pre-shave oil, shaving cream, after-shave balm, and a shaving brush! This is the male version of fancy personal care products that us women love to unnecessarily buy each other. You know he’ll use it at some point, and it’s travel-friendly! Why not take something as boring as shaving and try to spice it up a little bit? 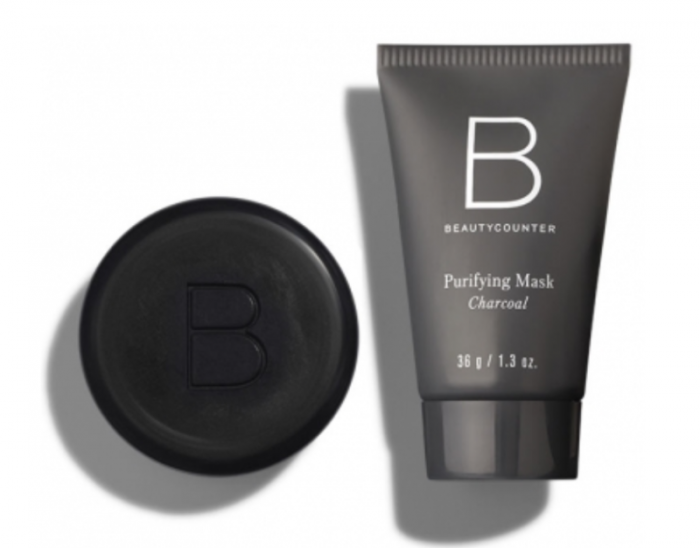 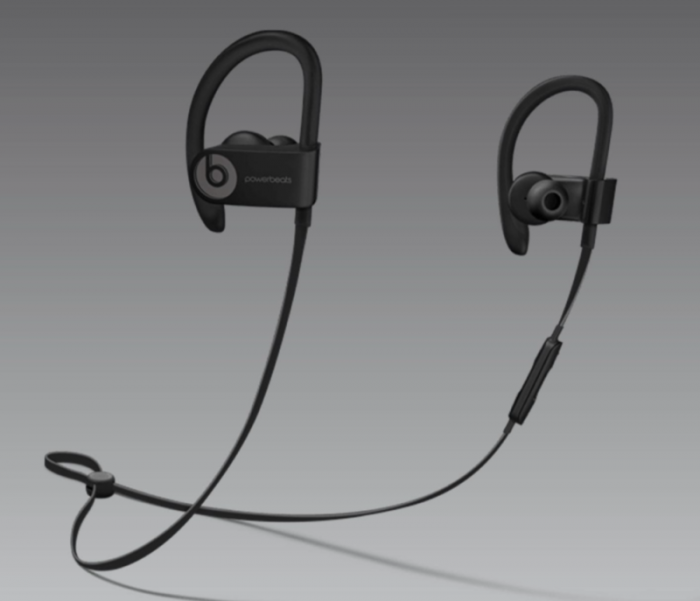 Powerbeats Wireless: Yes, these are expensive. But you’ll be the hero if you get these. Don’t forget, you can always go in on a gift with another person, or a few other people, so  that you don’t have to pay the full amount! I feel like these headphones are on every guy’s wish list, and you know he will definitely use them. 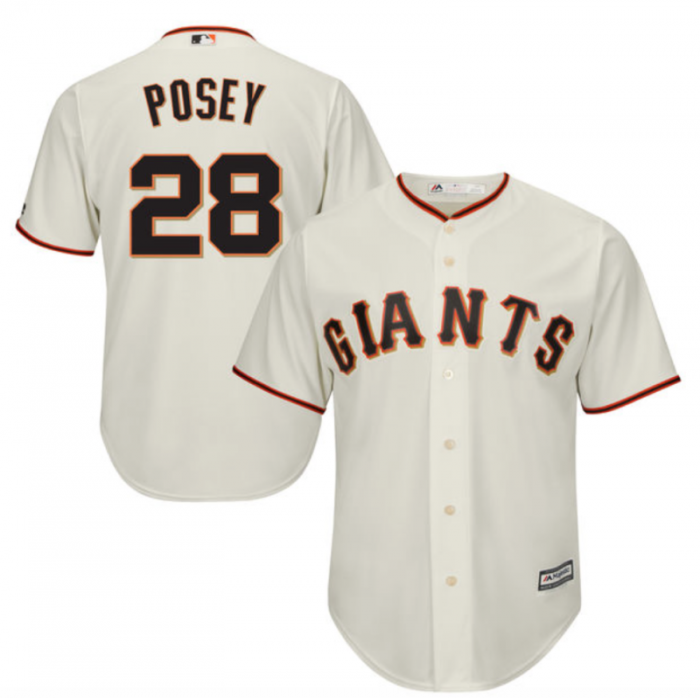 Sports Jersey: If the man in question has a favorite sports team or favorite player, go for a jersey or a T-shirt! It’s a nice way to show that you know something personal about him, and he will love that you put some thought into it.

Anyone else think guys aren’t as hard to shop for as we all think? I think we need to stop overthinking it!