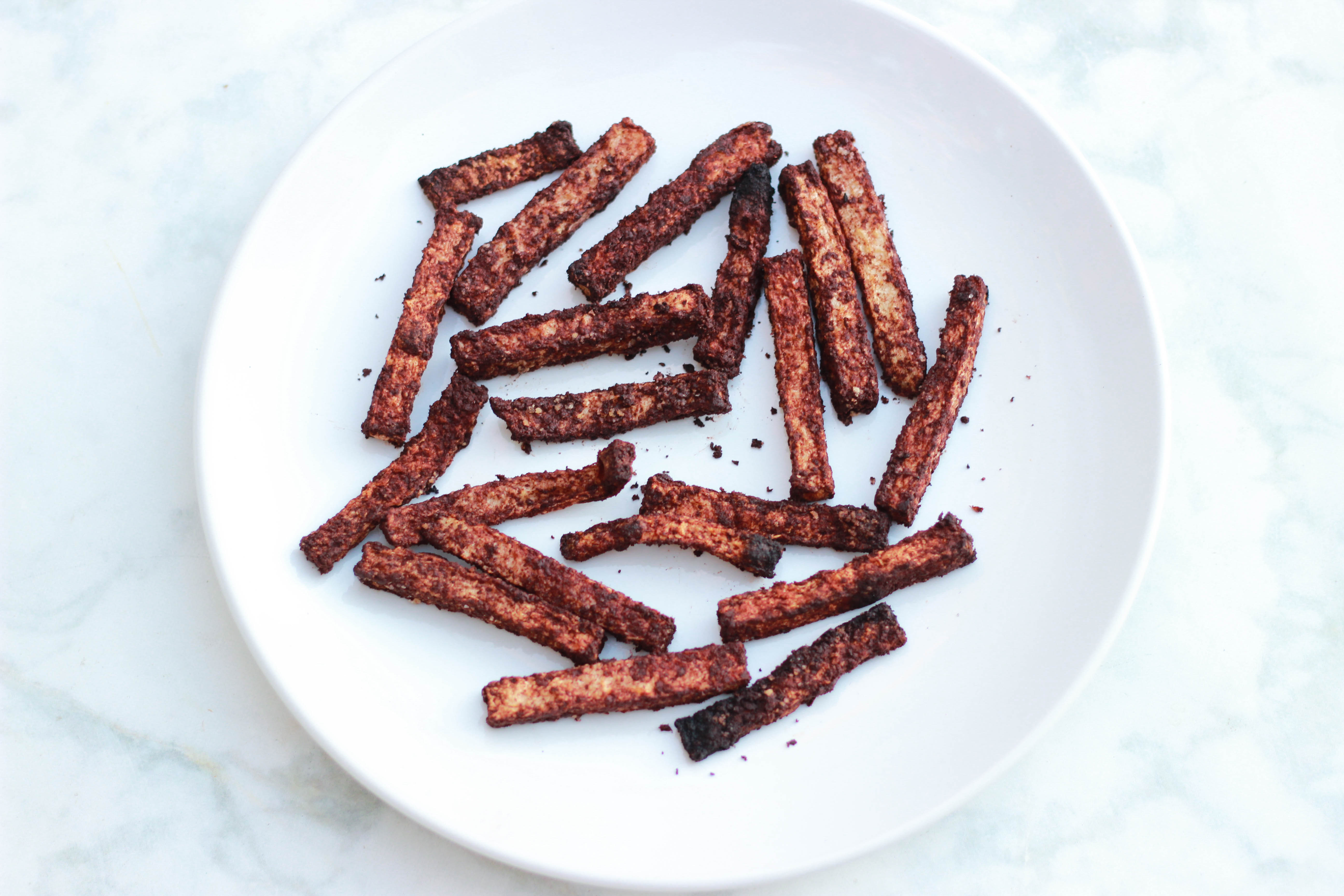 Didn’t know you could make a vegetable taste like a churro? YOU CAN. This recipe is about to blow your mind. 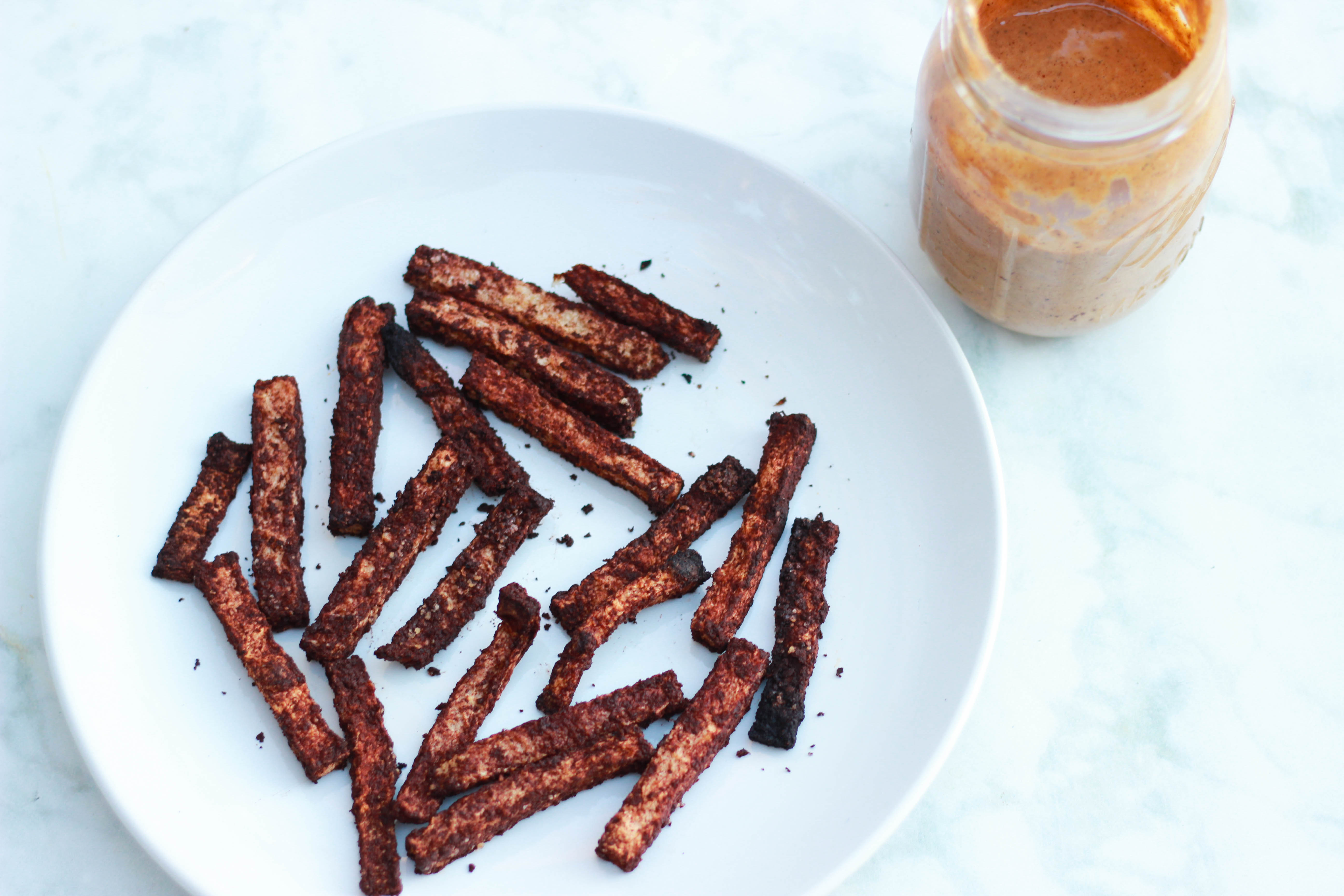 The idea for veggie churros was born last weekend when I visited my cabin with my friend Kelly. We decided to make jicama fries – one of my favorite roasted veggies. When they came out of the oven, Kelly tasted one and said, “Is it just me, or do these taste like churros?” I tried one, and oddly enough, they really did. I’m sure that was partly because our taste buds are so “adjusted” from eating paleo and low sugar for so long, but the jicama fries really did have a churro-like flavor. 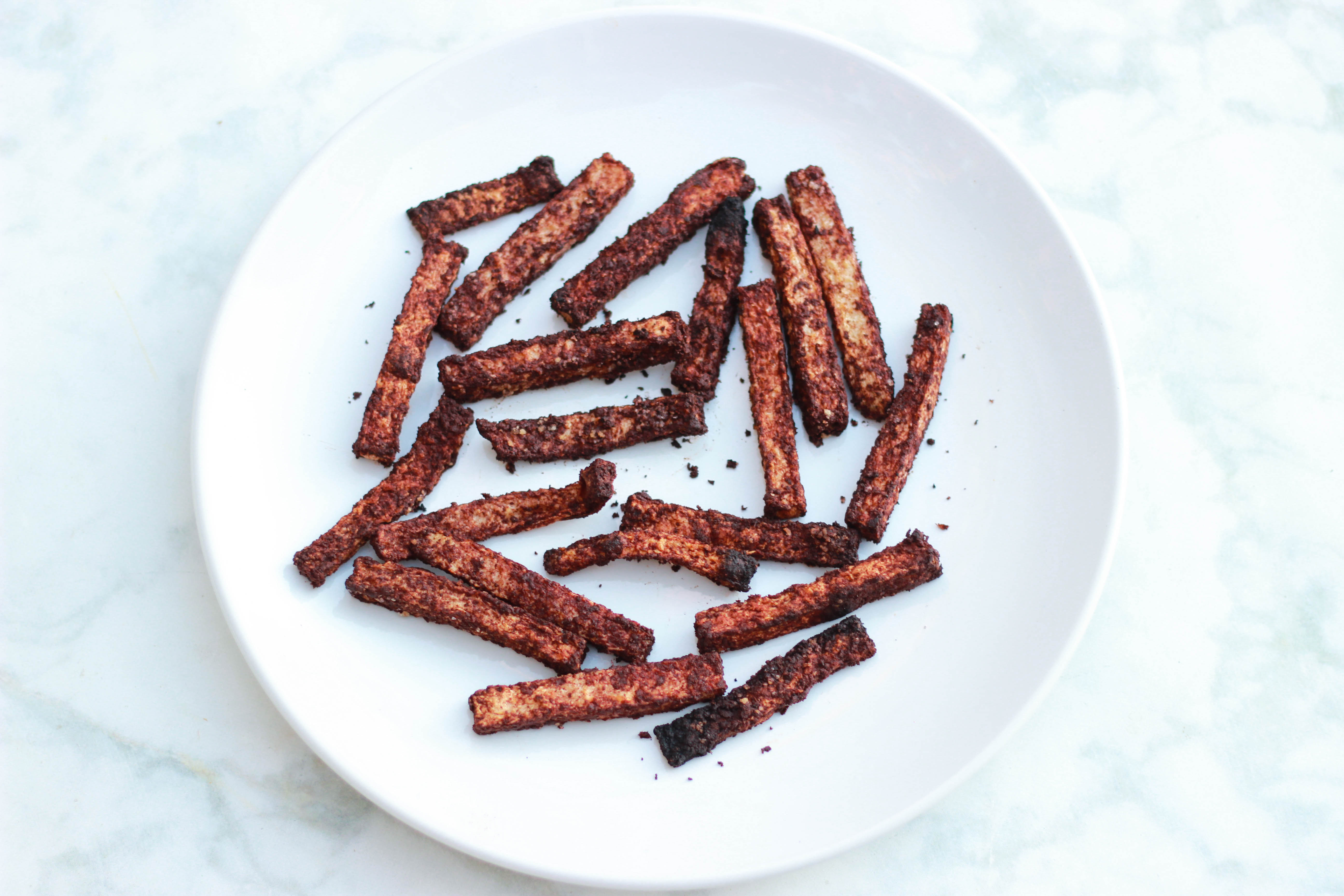 We couldn’t wrap our brains around it the rest of the night, especially because we didn’t put any sweet seasonings on top. I actually think Kelly might have used cumin, but it was the jicama itself that became sweet. Everyone knows how much I love cinnamon roasted veggies, but I had never thought to try jicama that way. My go-to with jicama is usually something savory, like turmeric or paprika. 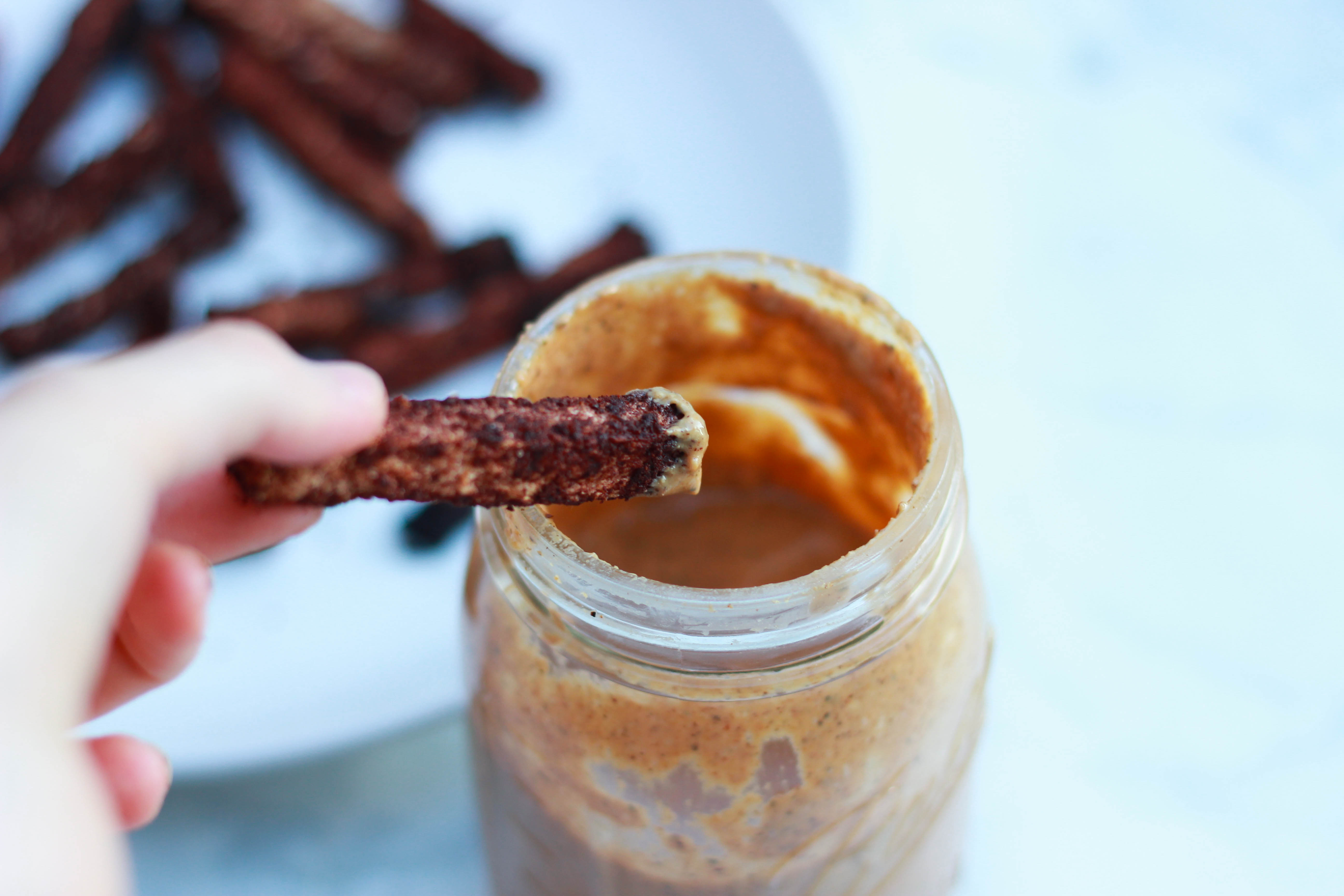 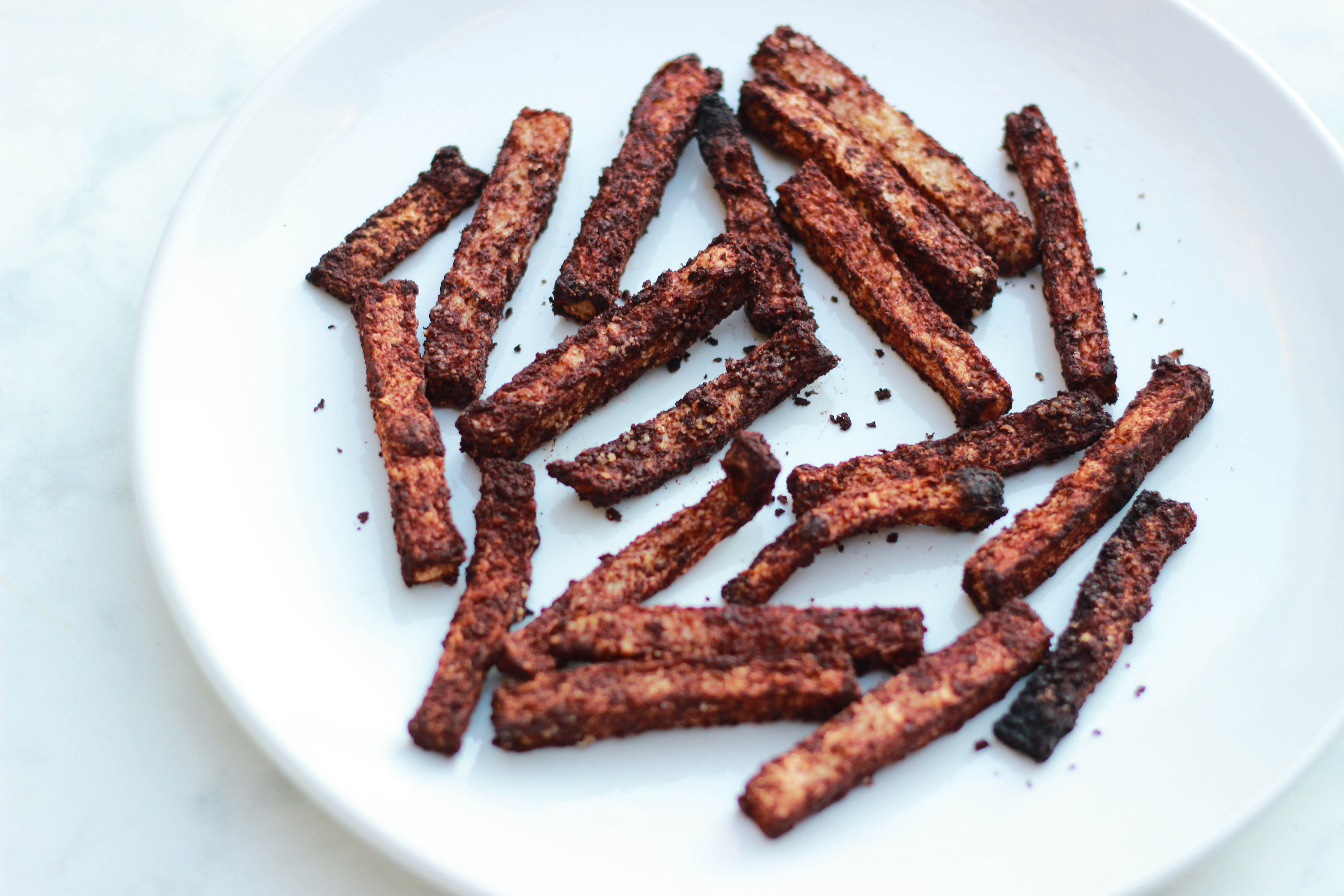 As soon as I got back from my trip, I bought some more jicama sticks and tested it out. TOTAL SUCCESS. 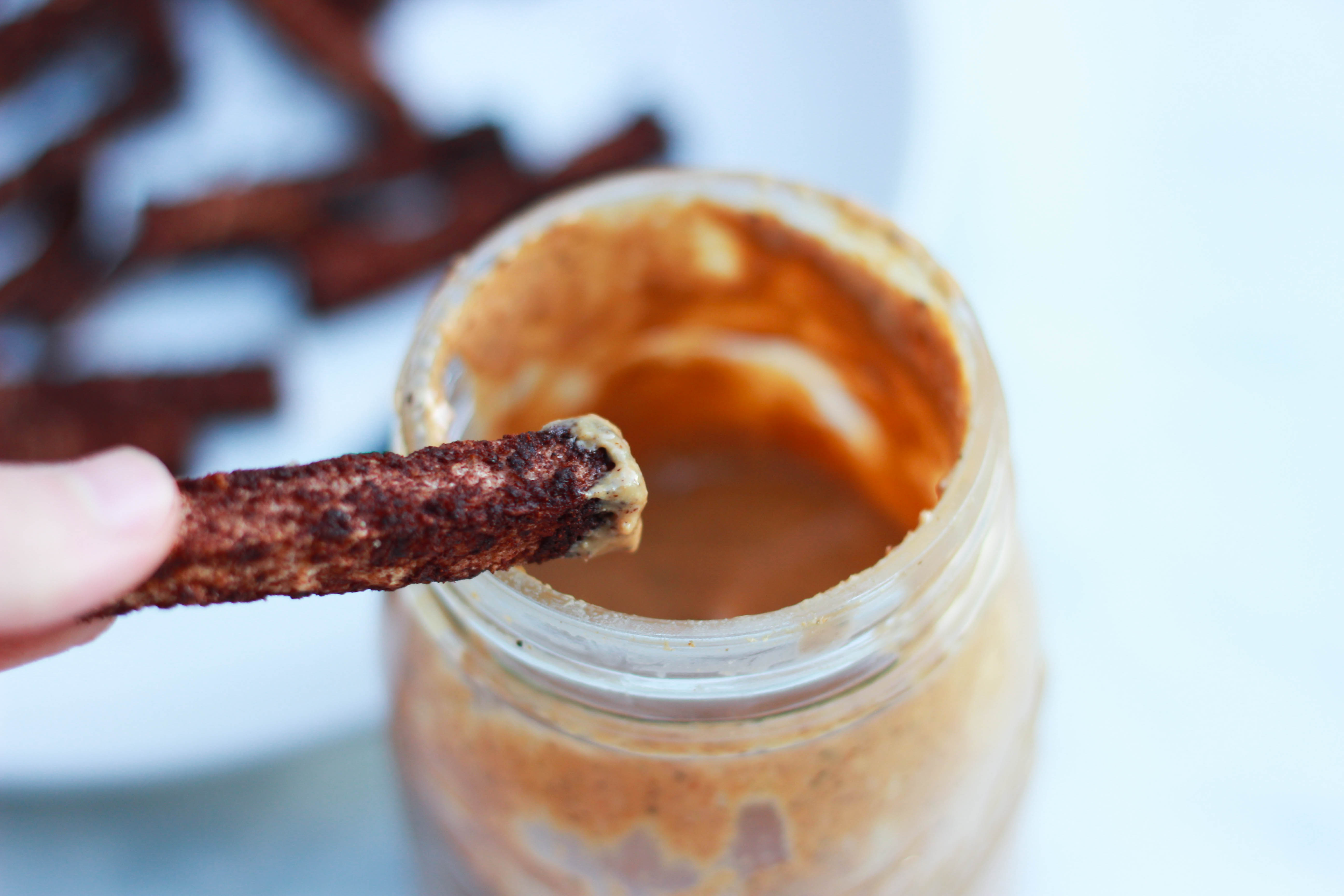 I haven’t had a churro in over 3 years. It’s pretty hard to find a gluten-free, dairy-free churro! It used to be one of my favorite foods, though. It wasn’t a trip to a theme park or baseball game without one! Churros might not be healthy, but they are undeniably delicious. 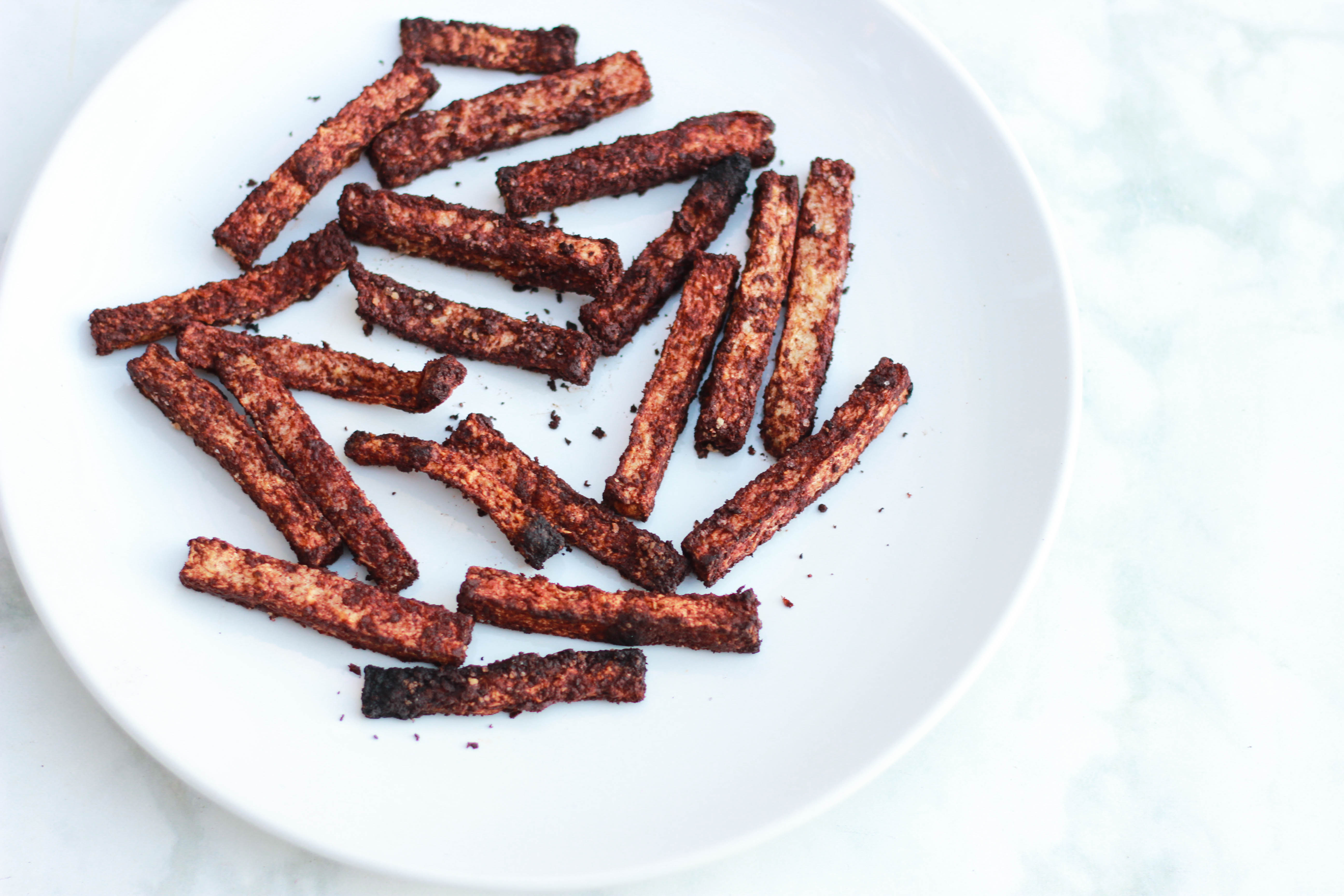 Obviously I was BEYOND excited when I found out that jicama sticks could be made to taste JUST. LIKE. CHURROS. So here they are – “churros” made out of vegetables. With no sugar. Is there anything you can’t make out of vegetables?!

If you ever want your churro fix but don’t want any of the sugar or gluten, give these a shot. You won’t be disappointed. All it takes is a little roasting and you’ve got yourself a paleo, vegan, healthy “churro” with hardly any prep work. 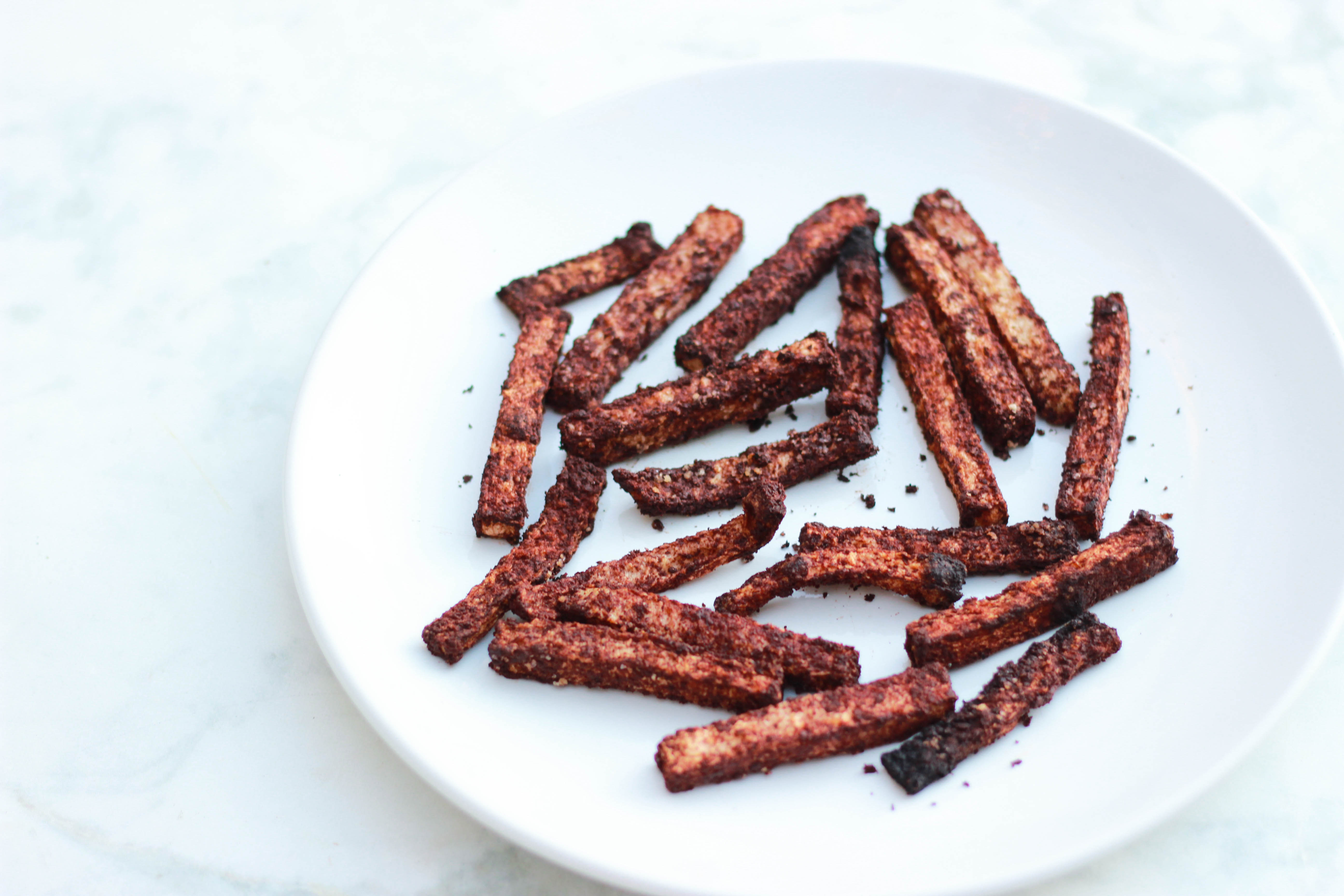 I gave measurements in the recipe, but I don’t use measurements myself. Toss in some oil and the spices to taste, or until everything’s coated well. I like to use a lot of cinnamon to really give it that churro flavor. And when I say a lot, I mean enough to make sure every jicama stick is completely coated. Don’t be scared! When the cinnamon roasts in with the salt, vanilla, and coconut oil, true magic happens. 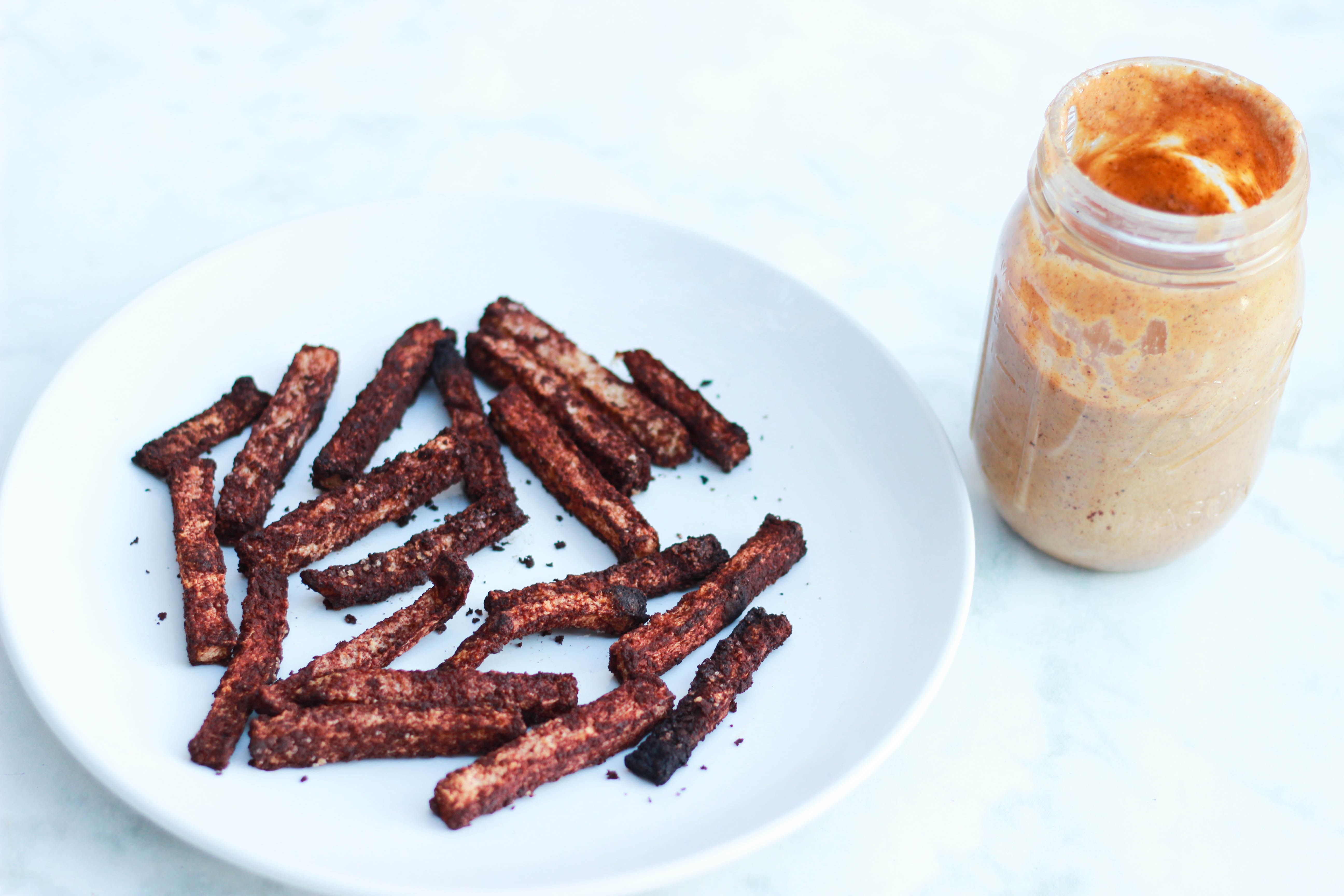 I like to roast these for awhile – at least until they start to crisp up! You can either use a whole jicama or a pre-chopped jicama to make things easier. I prefer to use the pre-cut jicama sticks from Trader Joe’s or Whole Foods so I don’t have to chop and peel an entire jicama, but either way works! 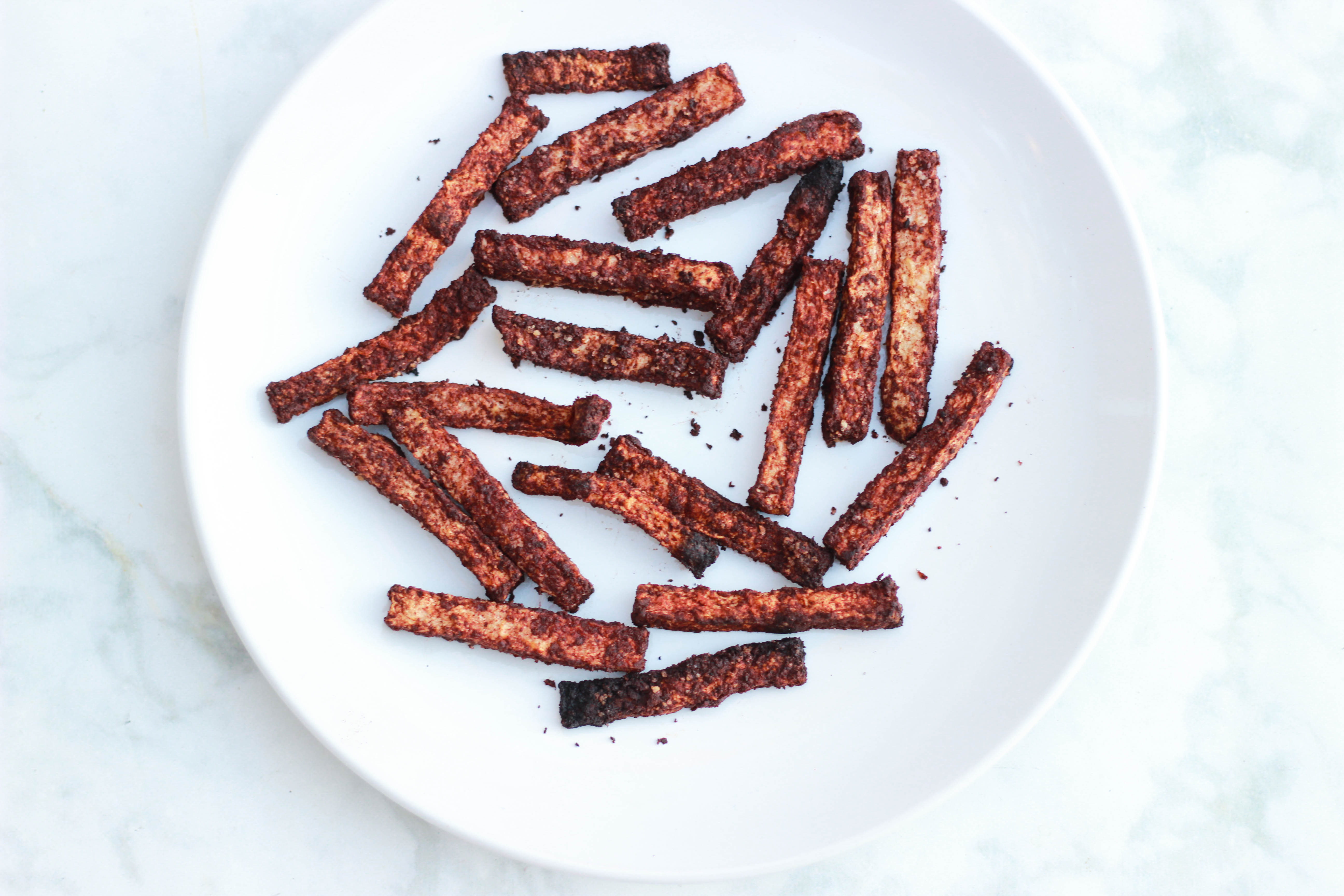 These are fabulous by themselves, but they’re also a great addition to cinnamon roasted veggie bowls. I also found that they’re delicious dipped in nut butter or drizzled with coconut butter! The sky’s the limit. 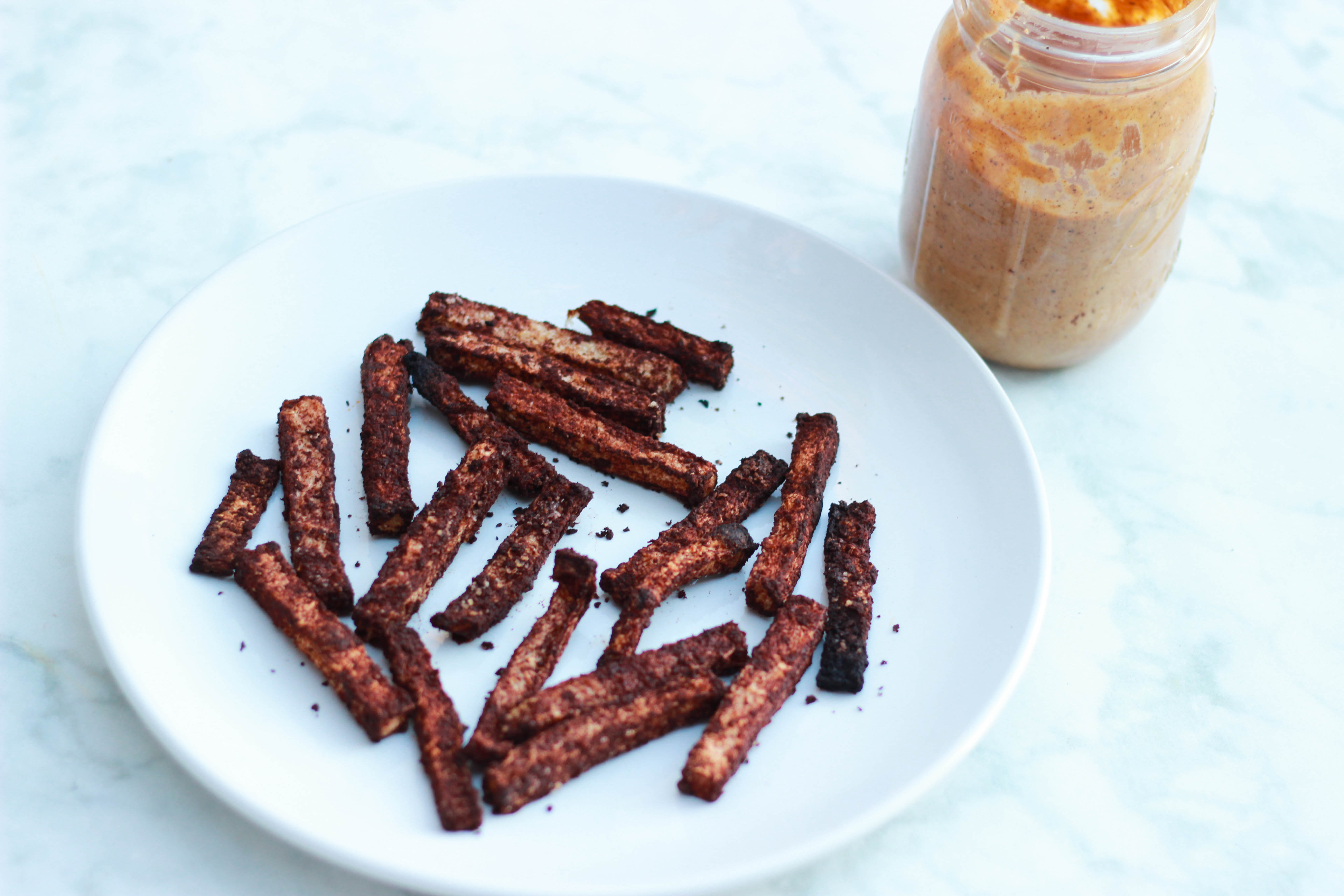 I think this recipe is another perfect example of the fact that there is a healthy alternative for truly everything. Want a churro? Here’s your sugar-free, gluten-free, dairy-free option that won’t make ya feel sick after. Plus, they’re actually HEALTHY for you. Jicama is an excellent source of inulin, which acts as a prebiotic. Prebiotics encourage the growth of the beneficial microorganisms in our guts, and you know I’m all about a healthy gut! 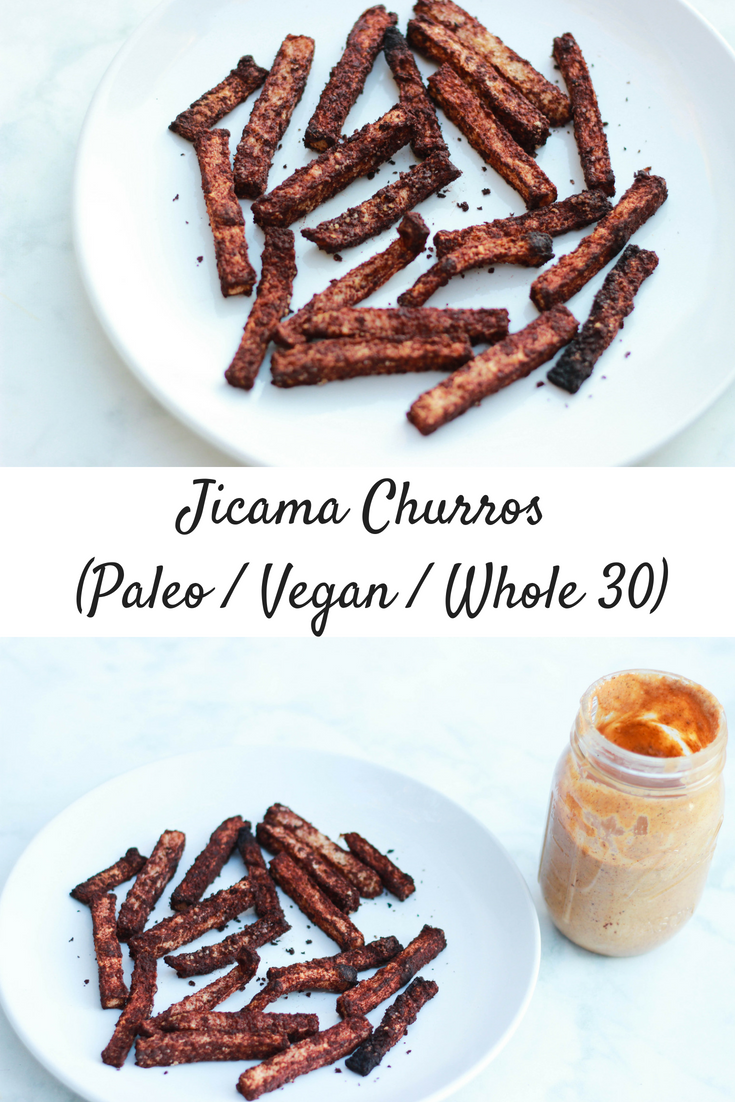 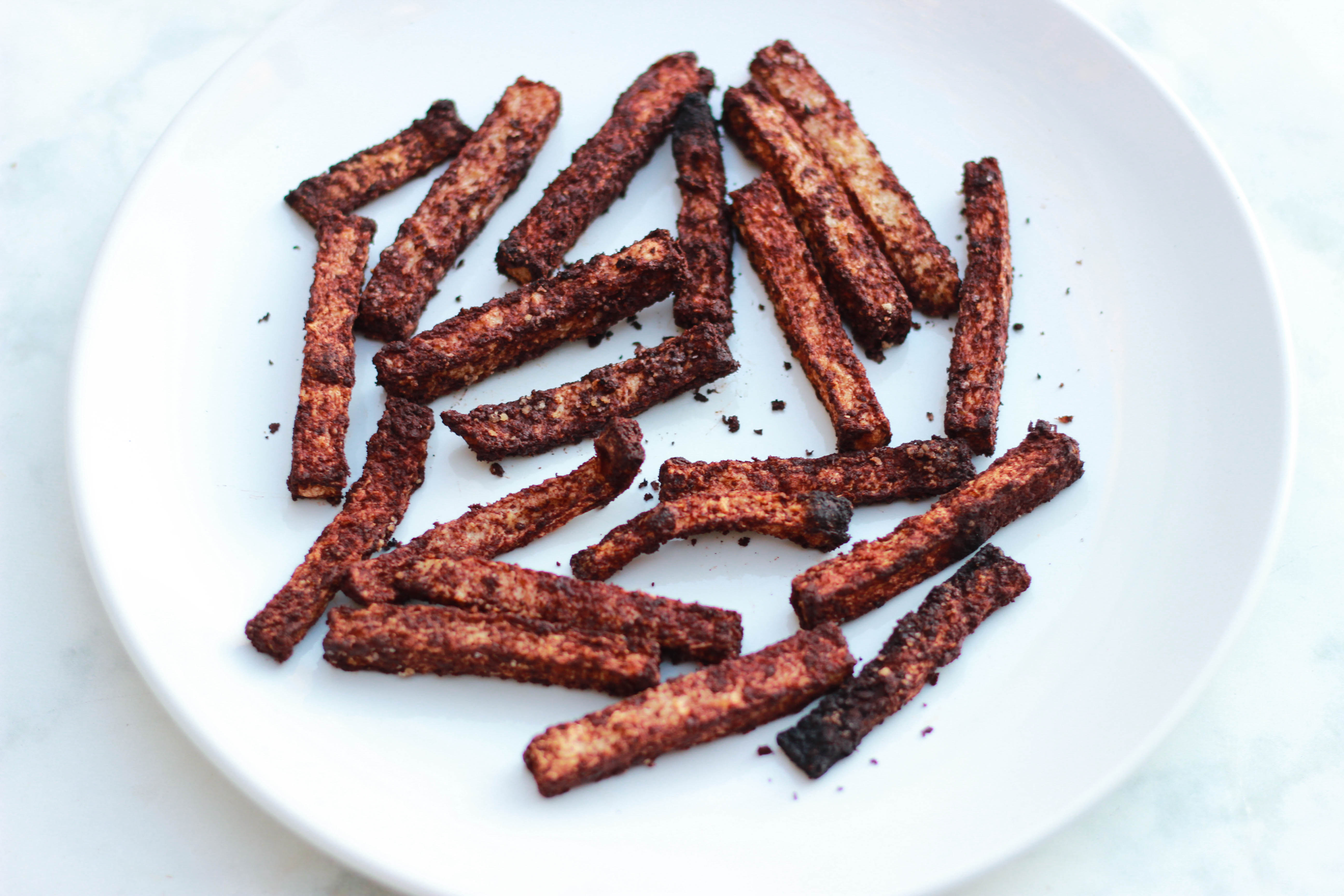