My last post was all about the benefits of organ meats and why they’re so important in our diets. If you haven’t read that post yet, you can read it here. In sum, livers are nutritional powerhouses. They contain a ton of vital nutrients that are really hard to get from other food sources, like Vitamin A, B12, folate, and so on. In that post, I promised to share one of my favorite sneaky liver recipes with you, and here it is. Liver bolognese!

Who doesn’t love a good bolognese sauce, right?! Honestly, good ones are pretty hard to find. I’m very picky. This one has a twist, though. Livers, of course! They give the sauce a really delicious flavor, and you can’t even tell there’s anything out of the ordinary in the recipe while you’re eating it.

I always looked forward to it when my mom or grandma would make bolognese growing up. It was only on special occasions. I was always a pasta girl. I was convinced I was Italian. Anyways, I always noticed that the bolognese I ordered out at restaurants tasted a little… funny. Off. I didn’t like the ones at restaurants. I was used to the homemade version, but I never knew what made the difference.

I bet you can guess what it was.

It wasn’t until years later that I learned about the secret ingredient – livers. I had no idea. And I never would’ve known if I hadn’t asked! There are a few ways to add livers into bolognese sauces. The way my grandma did it was to blend up the livers and mix them in with the tomato sauce. That way, you didn’t get any of the texture.

However, I prefer to cook the livers and leave them in the sauce as part of the meat. It gives the bolognese a better texture, in my opinion, and adds more to the flavor profile. The key is to add other textures alongside the livers so you’re not only eating livers. You definitely can do that – that’s actually what I personally do pretty often. When I’m cooking for other people, though, I want the livers to be undetectable. Just to prove to them that they can like liver.

In order to be sneaky about the liver content, this bolognese has three different aspects to the “meaty” part of the sauce. First we have the liver, which provides all of the incredible nutrients. Then we have the ground beef or lamb, which will blend in with the liver and mask the taste for those who don’t like organ meats. Finally, we have the eggplant, which gives another sort of “meaty” texture while sneaking in some vegetables. The idea is to combine multiple flavors and textures and meld them together so you don’t even notice you’re eating organ meats!

If you’re someone who is afraid to try organ meats, or wants to but doesn’t know where to start, this recipe is perfect for you. It’s also a great way to give some livers into your kids’ diets, or any picky family member’s. If you make this for someone else, don’t say anything about the livers. I bet they won’t even notice! You can also modify it as needed. You can use all livers and no ground meat, like I tend to do, or you can increase the amount of ground meat and lessen the amount of liver to ease into it. Do what works for you! Remember, there are no “rules” when it comes to cooking.

I served this sauce over zucchini noodles, but you could use any kind of noodle you like! Spaghetti squash is another great option. This recipe is paleo, gluten-free, dairy-free, AIP-friendly, keto, low carb, and nut-free. In other words, you have no excuse not to enjoy your livers now! 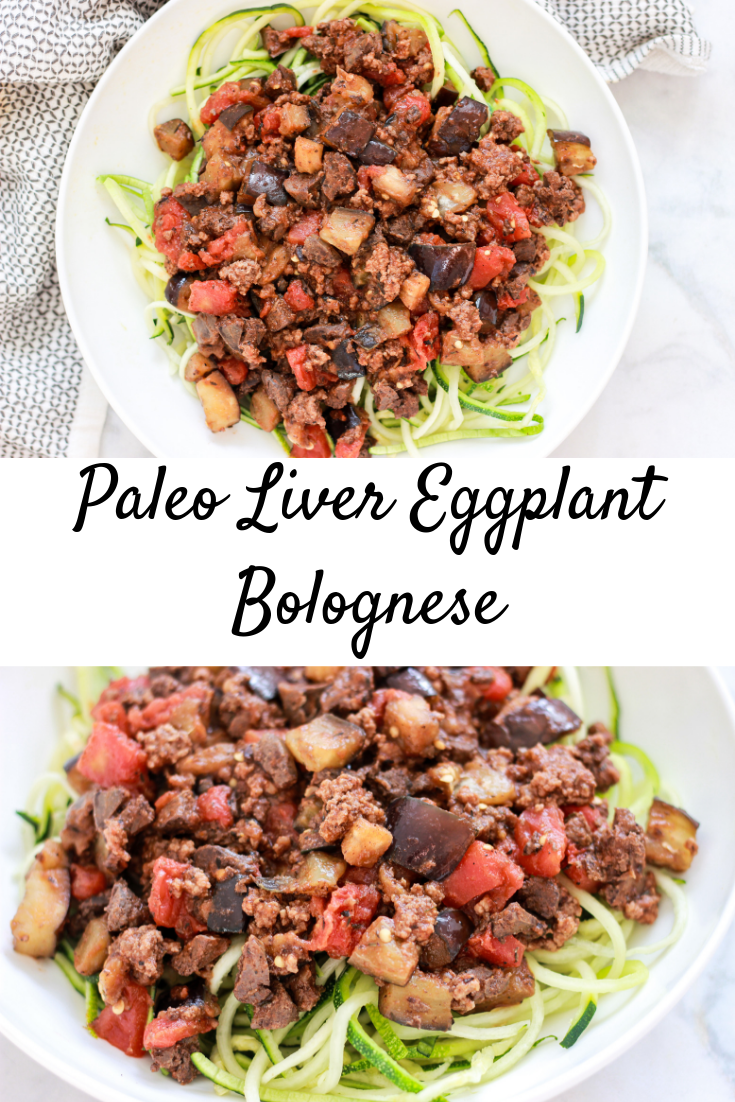 If you try this out, I would love to hear what you think! It’s my favorite bolognese. I personally can’t even taste the livers in this, and I’m curious to know how you like it!