The Low-Down on the Pinner Test, Cyrex Labs, and other Food Intolerance Testing 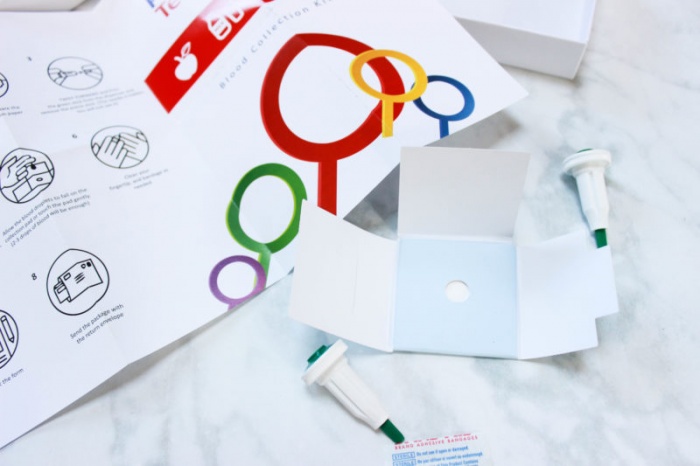 This post has been long awaited, I know. BUT IT’S FINALLY HERE! In case you didn’t know, a food intolerance test called the Pinner Test exploded all over the Internet a few months ago. It seemed like every blogger was taking the test, discovering shocking food intolerances, and sadly removing things from her diet.

What’s so exciting about the Pinner Test? The Pinner Test is a test that you can order online, have mailed to you, and perform at home by yourself in order to discover what foods you’re intolerant to. The fact that this test is so accessible and so easy is what made everyone do a backflip over it.

Let’s go back to food intolerances for a sec. Who cares about food intolerances?! Well, everyone should. As I’ve said time and time again, a healthy gut is the key to overall health. Our gut affects our digestion, yes, but also our brain and the general functioning of our bodies. Food intolerances are not the same as food allergies, and they can be much more difficult to notice on your own. Food allergies are immune system responses to certain foods. Food intolerances, however, do not require a full-on immune system response. Usually people have no idea that they’re intolerant to certain foods because those foods are sneakily wreaking havoc inside their bodies and showing no external symptoms. Symptoms from food intolerances can take hours or days to pop up, so it’s hard to find a correlation between why you feel a certain way and what you ate. There are so many symptoms of food intolerances that it can be really hard to tell what’s happening – bloating, constipation, diarrhea, nausea, vomiting, join pain, tiredness, rashes, brain fog…the list goes on. The symptoms are generally related to digestion, but not always.

When it comes to the accuracy of food intolerance testing, there are a lot of mixed opinions in the scientific community. When I was first trying to get to the root of my gut issues, I wanted to take a food intolerance test to see if I was eating something I was intolerant to. The test that my doctor uses is from Cyrex labs, which tests for both IgG and IgA food intolerance responses. Because the test is very expensive, I obviously did a lot of research before going through with it. From my own research, I agreed that if I was going to trust any test (at all…will get to that later…), it would be the Cyrex tests. The people who’s opinions I trust most in the health world, like Chris Kesser, all seemed to agree that Cyrex had the best technology when it came to food intolerance testing.

I spit out the money, got a lot of blood drawn, received my test results, and was pretty sad about what I found. Foods that I ate every single day showed up – chicken, eggs, almonds, salmon, tuna, trout. Other foods that I don’t eat as often also showed up  – whitefish, melon, and gums, like locust bean gum, in processed foods. I took all of those foods out of my diet for six months, and I later added them back in. More on that in a second. 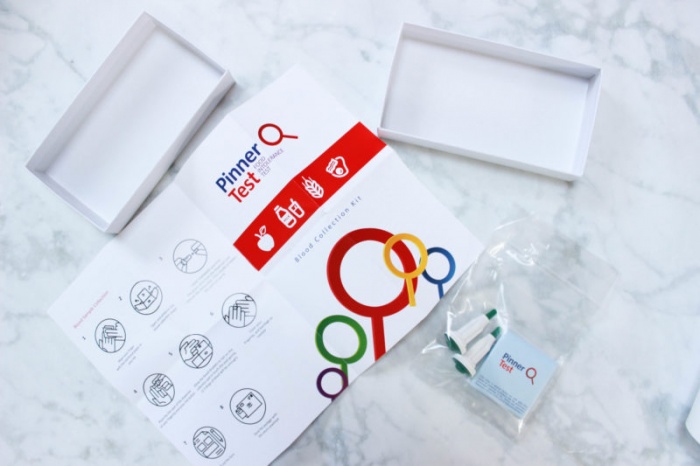 Anyways, I’ve always been kind of curious about what my results would be if I took another test. I didn’t take another Cyrex test because of the cost, and also because I was feeling much better. When the Pinner Test exploded on the Internet, I was obviously intrigued. It was cheaper than my Cyrex test, and it was something I could mail in and do from home. It seemed too good to be true. Honestly, I’m very wary of anything overly hyped by bloggers. What blogger would turn down a free food intolerance test that’s that easy to take? When it went on sale over Thanksgiving, I ordered a test just to compare my results. (Yes, I actually paid for it.)

Taking the test is extremely simple and painless. You just prick your finger and let the blood drop onto a little packet, then you mail in the kit. Boom, done. When I got my test results back a few weeks later, I was pretty disappointed. I don’t really know what I was expecting or hoping. I guess I was hoping that something would be the same as on my previous test…especially when it came to the foods I don’t eat very often. However, nothing overlapped. My Pinner Test showed that I’m intolerant to chives, garlic, and coffee. Coffee and garlic have always upset my stomach, so that wasn’t really surprising. Chives…whatever. Don’t really eat them. However, I wanted something to overlap, like the melon or fish, so I could be more confident in the Pinner Test’s accuracy. But then I realized those foods aren’t even on the Pinner Test.

I think there are a lot of misconceptions about food intolerances and food intolerance testing that I would like to clear up. First of all, just because you are intolerant to a certain food right now does not mean that you can never eat that food again. For example, the reason my first Cyrex test showed that I was intolerant to so many foods that I ate every day – salmon, eggs, chicken, almonds, etc. – was because a) I had a very leaky gut, and b) I ate them so often. Sometimes when you eat too much of a certain food too often, your body can start to build up an intolerance to it. When this is the case, you just have to remove the food from your diet for a few weeks or a few months and then slowly reintroduce it, and making sure not to overdo it again. (Unless you notice your body has a big reaction to it – then don’t add it back in.) This is exactly what I did with chicken, eggs, salmon, and almonds. Now, I have no problem when I eat them. Also, when you have a leaky gut, your body can start having responses to regular foods that aren’t really a problem because of the food itself – it’s just because your gut is leaky! The food particles are going through your gut lining and your body recognizes them as invaders – it makes sense that the foods you eat most often would mount a response. Oftentimes if you heal your leaky gut, those “food intolerances” will go away.

Second, even the tests that are considered to be the most accurate are known to still be inaccurate at times. It is not uncommon for false positives to come up, and it is also not uncommon for things that are causing problems to not show up either. Basically, take everything with a grain of salt. This is why it is very difficult for me when I see people take a test that is not shown to be very accurate, like the Pinner Test, and then remove random foods from their diets. Could you use it as a guide? Sure. But at the end of the day, you have to realize that the test could be totally wrong. At the end of the day, how your body feels might tell you more than a test.

Third, a food might not show up if you haven’t eaten it recently. For example, I’ve never had gluten or dairy show up on any of my food intolerance tests, and that’s because I haven’t eaten those foods in two years. However, I am definitely intolerant to them. This is an example of how you can’t take these test results as total truth. 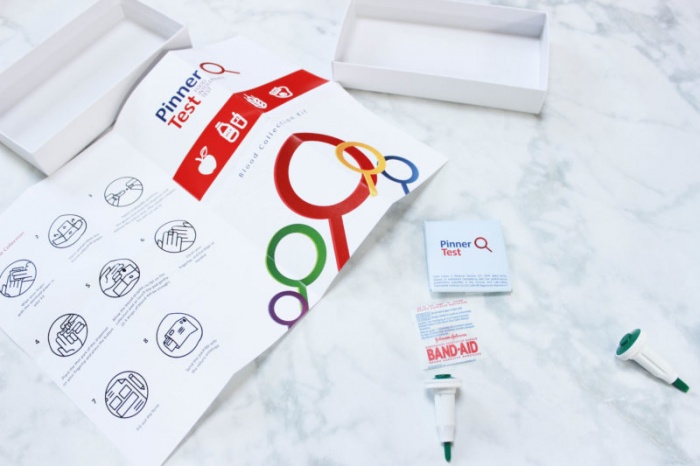 My doctor explained the problem with the Pinner Test very scientifically when I talked to him about it in person a few months ago, and I honestly forget exactly what he said. Typical. However, I remember the regular person English version, which is really all that you probably care about. Basically, you get your blood drawn when you take the Cyrex tests, which allows the lab to centrifuge the blood and separate the blood serum from the rest of the stuff in there, allowing for a more accurate reading. The Pinner Test uses a drop of blood to test the response, and the particles in the blood aren’t separated out. That means that the test can pick up things it shouldn’t and miss things it shouldn’t because it’s already dealing with a “muddy” test, so to speak. Make sense? It’s like trying to find a shirt in Forever 21 vs Nordstrom.

If you want my personal opinion, this is it: I think that food intolerance testing is very powerful and a great option for those of us struggling with gut issues, especially if you can afford it. Unfortunately, though, it is not completely accurate, so the results of all tests need to be taken with a grain of salt. I regret spending money on the Pinner Test. I think if you’re serious about it, I would save enough money for the Cyrex test and get that done through your doctor. I just don’t think the results of the Pinner Test are that trustworthy or valuable, and it’s smarter to go for something that has been shown to be more accurate. That being said, all test results should be interpreted in the context of your body, and it’s important to realize that these foods do not need to be avoided forever. Just temporarily. I don’t think everyone needs to take a food intolerance test. If you’re in a position where you’re having a lot of symptoms, have taken other tests without answers, and don’t know where to turn, then I think that food intolerance testing is a great option. 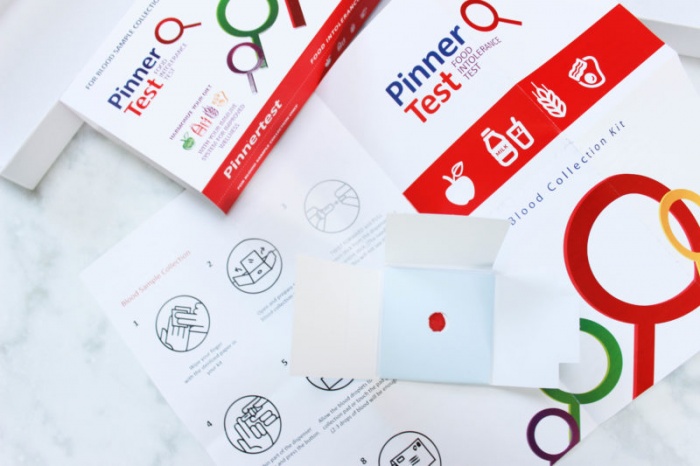 I got a quote from my doctor, Apostolos Lekkos, just so you have a real medical opinion on the Pinner Test. (Because we all know I am definitely NOT a doctor!)

“I can’t vouch for the accuracy of this new technology developed by  Arrayit corporation, but I do like the fact that they do triple testing on each sample to make sure the sample is stable.  I also like that they test the allergens and controls at the same time to ensure accuracy. The problem is the technology they use has yet to be validated and studies need to be done to get a better assessment of its clinical utility.

I feel it’s worth testing because sometimes you’d be surprised at what food comes back highly positive, and avoiding that food can make a big difference.  I use it as a guide, per se, and combine the testing and how a patient says they react to eating certain foods to make a plan.

I like Cyrex labs testing best because they test for IgG and IgA antibodies to foods.  You get two antibodies, when most other companies only test for IgG.  I have seen patients have testing with other companies and get a negative IgG to a food, then do Cyrex testing and, bam, a strong positive IgA shows up and they need to get off that food.

Cyrex has very good quality control and does multiple checks on the same sample to ensure the results are as accurate as possible.” 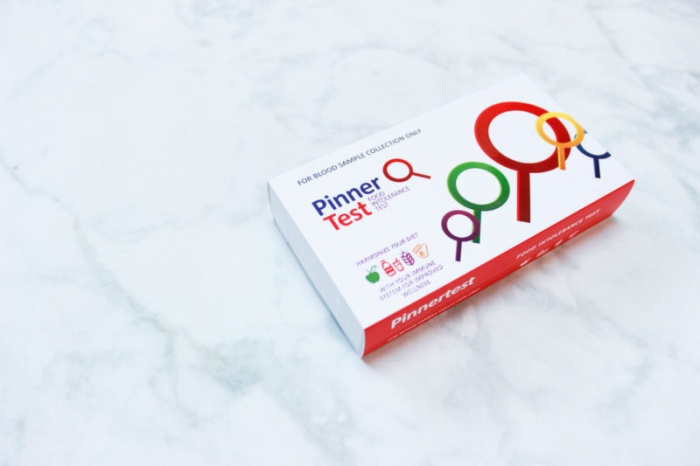 There you have it! I know this was a long one, but I think it’s worth the read. If you have any other questions about food intolerance testing and my experience with it, please let me know!