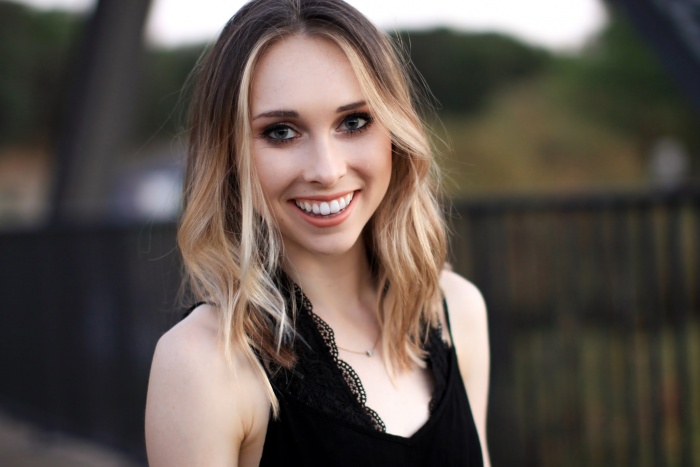 Let me start off by saying I am so so sorry, but I don’t have before and after pictures to show you. It’s honestly killing me that I don’t. I wasn’t blogging when I started my “skincare journey,” and I definitely never thought I’d be writing about it on the Internet, so I didn’t think to take before and after photos. I was also in a place where I was so embarrassed about my skin that I probably wouldn’t have been willing to take photos sans makeup, anyways.

I struggled with cystic acne from about 7th grade until my first year in college, and it was always the one thing I was most self-conscious about. My skin was at its worst during my last few years in high school, and the acne left me with scarring that bothered me a lot. It was really just in one area, and it wasn’t anything horrifying, but I thought about the scars all the time. It had a huge impact on my self-esteem. I spent basically all of my free time researching ways to get rid of acne and scarring, and I wasted waaaay too much money on different products that promised to clear my skin of the blemishes and marks. By the time I got to college, I had my acne pretty much under control besides a few annoying monthly visitors (thanks, period), but I was still left with scarring that irritated the shit out of me.

After trying pretty much every product and low-risk treatment (microdermabrasion, microneedling, chemical peels, etc.), I considered more invasive laser treatments. I realized that if I wanted the scarring to be gone completely (if that was even possible), laser was probably my only option. 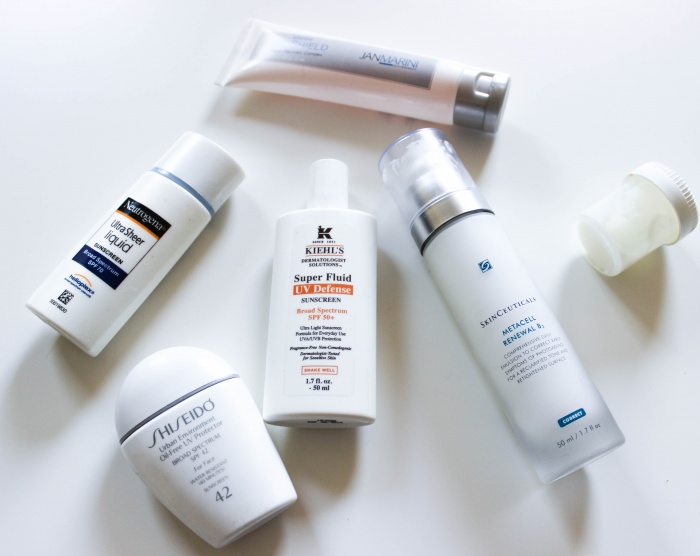 I spent a long time researching different types of lasers and different dermatologists in Los Angeles and the Bay Area. I also spent way too much time on acne.org and realself.com reading reviews and looking at scary pictures of people who had nightmare laser experiences. Because of the horror stories, I put it off for as long as possible, hoping I would either get used to the scarring (it wasn’t even that bad) or that somehow one of the many products I tried would magically start working.

After seeing more and more horrifying pictures of laser-gone-wrong, I decided I was ABSOLUTELY NOT doing it. As I mentioned before, my scarring is just in one area and isn’t really that bad. I doubt anyone even noticed it besides me, so I knew it was a vanity thing. Laser is a risk, and I realized that. It can get rid of your scarring, but there is always a chance your skin can come out worse than before. You can get hyperpigmentation, hypopigmentation, other skin color changes, more scarring, acne, or infections. It’s also expensive, and I wasn’t going to shell out hundreds of dollars to potentially cause even more scarring.

About a year later, the scars were still really bothering me. I have very pale skin, so I knew the risk of hyperpigmentation was pretty low. I decided to go to a few consultations and see what the doctors had to say.

I went into my consultations overly prepared, which is the best thing I could have done. First of all, I researched every potential dermatologist in-depth so I knew the good, the bad, and the ugly before I went in there. I wanted to know their specialties, what lasers they used, how long they had been in practice, where they studied, how long they had been using that specific laser, etc. I’m not messing around here! Just because a doctor has a laser, doesn’t mean he’s good with it. The doctor behind the machine matters just as much as the machine itself.

I also researched the hell out of lasers themselves. There are quite a few options, some more invasive than others, and I wanted to learn as much as I could about them before I talked to the doctors so that I didn’t get tricked into paying for something more expensive or more invasive than I needed. 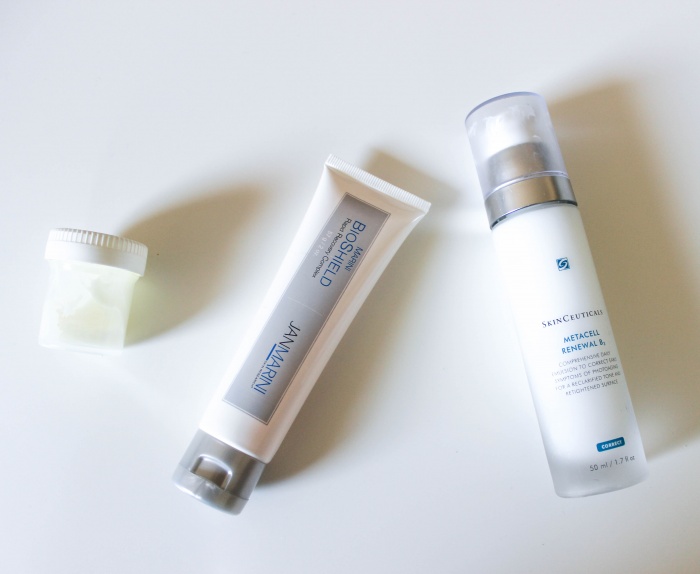 When I went in for my consultations, I quickly discovered I knew more about a lot of the lasers than many of the doctors themselves. That made it easy for me to say BYYYEEEE to them. Some doctors will insist you need a certain type of laser just because they want you to pay more or because they don’t own the laser that would be best for your skin. I cannot reiterate enough how important it is to go in prepared so that you can make an informed decision.

I visited about 6 or 7 dermatologists in the Los Angeles area for consultations, which was expensive, but so worth it. I quickly realized who I trusted with my face. Things I looked for: a doctor who suggested the laser I already knew I wanted, who was willing to give me a test trial on the space behind my ear to see how my skin would react, who knew his/her shit about how long the downtime post-laser would actually be and what the proper post-op treatment was, who would give me a discount because I only wanted one part of my face done, and who had plenty of experience using that specific laser.

FINALLY, I started my treatments. I was super nervous, I won’t lie. I was confused because pretty much every dermatologist I visited acted like getting laser for scarring was no big deal and that there are never repercussions, but the images from online freaked me out. That’s why it’s so important to work with a doctor you trust. I ended up seeing Jason Emer at Spalding Plastic Surgery in Beverly Hills, and I have nothing but amazing things to say about him and the rest of the staff at the office. They’re incredible, and I would trust Dr. Emer to do basically anything to my face. 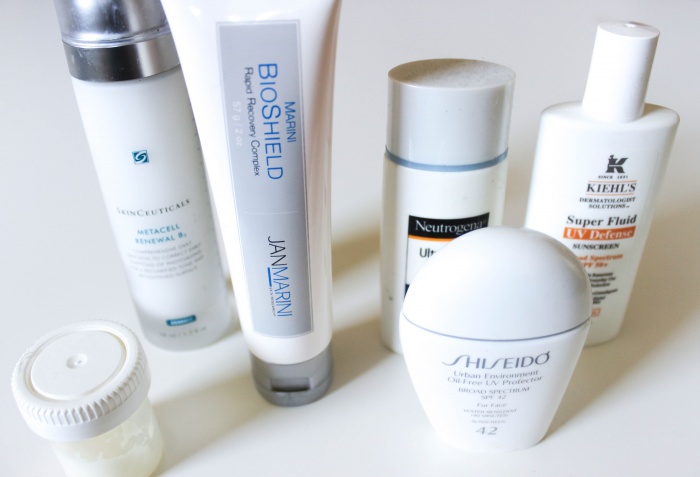 First, they numbed the area for about 30 minutes. Then they laid me down on a chair, covered my eyes, and zapped my face. Obviously the longer you’ve been numbed, the less it hurts, but I could still feel it. It’s nothing unbearable, but it’s not comfortable. The hardest part for me was staying still in the chair. It feels like a really hot rubber band snapping against your face. Although I was totally fine, I can’t imagine doing it to my entire face. At the highest strength, just getting that one area of my face done was a bit too much for me, but the whole thing only takes a few minutes. Afterwards, they iced the area for about 10 minutes, and my doctor gave me products to apply to the area for the next few weeks. He also reminded me to use SPF and stay out of the sun, which is VERY IMPORTANT post-laser! Exposing the area to the sun can cause some major damage. 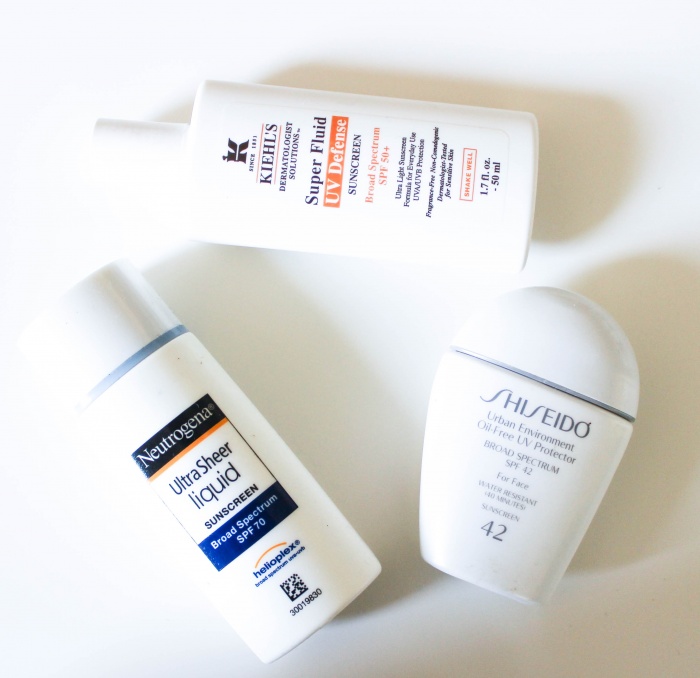 After my first treatment, my skin was very red and raw, but I could cover it up with makeup. It kind of peeled off over the next week or so, but nothing too bad. I also broke out pretty badly each time in the treated area, but the breakouts disappeared after about a week. After my first treatment, my dermatologist upped the power each time so the laser was stronger and stronger. I got 5 treatments in total, each about 2 or 3 months apart. By the fifth, the power was so strong that my skin was damaged enough to break, bleed, and scab over. It was not pretty, but that’s kinda what has to happen if you want new skin to grow. My first 3 treatments, my skin didn’t break at all. It basically just looked like a bad sunburn. It was the fourth and fifth that really did some damage, and I had scabs on my face for about a month afterwards. Every time I had a treatment, I spent the rest of the day in the house so I was completely out of the sun. After that, I tried to avoid going outside as much as I could. If I did, I loaded up on sunscreen, and I started wearing a lot of hats to protect my face.

The most important thing to remember is that improvements take a long time. It can take months for you to notice any changes, so you have to be patient. After my fifth treatment, I wanted to wait at least 6 months before deciding if I wanted another session. I ended up waiting over a year, and I decided not to continue.

The Fraxel did improve the scarring, but it didn’t get rid of it. However, it did cause some more small scars in the area. Weirdly enough, though, I’m kind of glad it did. I feel like the smaller scars camouflage the bigger scars I was originally trying to get rid of, if that makes sense. I would say I got about 70% improvement, and I do not regret doing it at all. Even though the scars are still there, they are much lighter. I’m much more confident in my skin now, and I don’t notice the scars as much or ever really think twice about them. I used to never let anyone see me without makeup, and now I don’t really have a problem with it.

That being said, after leaving my skin alone for about a year, I’ve started another type of treatment to see if I can get any more improvement. I don’t really need it, but after having Fraxel, I’m not afraid to experiment around with other things. I want to share my experience with you guys in case you’ve been debating doing something similar. If there’s something lower-risk and less expensive that helps with my scarring, I definitely want to let you know. I’m in the middle of this new process, and I’ll keep ya updated on how it’s going.

If you have any other questions about my experience, please don’t hesitate to ask! I’m more than happy to talk about it. If you’ve ever gotten good results with scar removal, let me know in the comments! Orrrrr if there’s something else you think I should try, do tell!