The Normalization of Amenorrhea & Our Current Infertility Epidemic 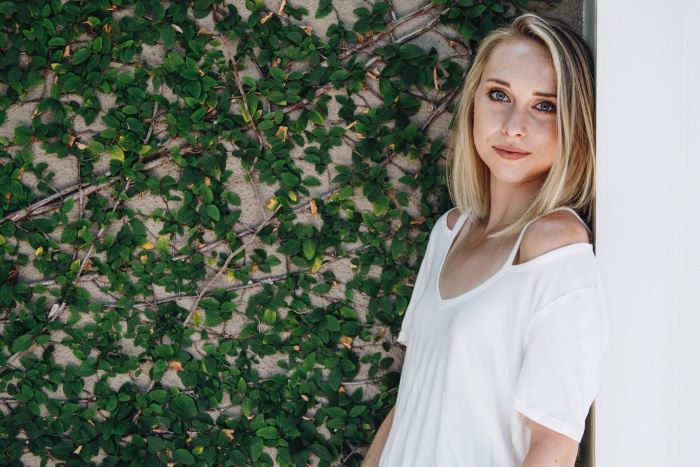 I had an especially active day in terms of social phone calls the other day. Four friends called me (I’m not usually that popular), and the same topic came up every single time. Amenorrhea. Meanwhile, three other friends were texting me about the same exact thing. It hit me like a ton of bricks in that moment. This is becoming way too common.

Amenorrhea is something that weighs heavy on my heart, because I see it all around me. In the wellness space that I am in, it’s more common for me to meet people who struggle with amenorrhea or irregular periods than to meet people with normal cycles. Or, they’re on birth control. In other words, it’s rare for me to find someone with a truly normal, balanced cycle.

Of course, I understand that it’s more common for me to come across this issue because of my job. That’s part of the reason why it wasn’t until the past few months that I really, truly started getting upset on a much deeper level over this issue. The truth is that this isn’t just an issue among people who are searching for health services, or just an issue among people in the health space. It really does seem to be everywhere, but it’s talked about even less outside of the wellness space.

I have amenorrhea, and I really want my period back. Having a normal, regular period is the ultimate sign of health for women. Women are meant to have periods, and we were designed to carry babies. As someone who prioritizes health before everything else, not having my period is very upsetting and worrisome, and I think about it every day. I want it back. So I’m doing as much as I can to address it.

What worries me even more, though, is the total nonchalance and lack of worry in women around me. There are many reasons why someone could lose her period, and some make complete sense in the context of a person’s health situation. But what about all of the cases of amenorrhea that are rooted in things we have brought upon ourselves, often without meaning to? Undereating, overtraining, and chronic stress are three common underlying causes of hypothalamic amenorrhea. And because so many women don’t have their periods, amenorrhea has become almost normalized. Because of that, too many girls don’t recognize the severity of the situation and therefore don’t feel the immediate need to make the lifestyle changes necessary to work on getting their periods back.

It pops up again and again, often from people I would never expect.

“Oh yeah, I’ve been trying to get pregnant for years but I can’t.”

“I just use the pill to give me a regular cycle.”

There is an infertility epidemic among us, and we need to start talking about it more.  Not just talking about it, though – admitting that it is a big problem and that we must change it. I talk to woman after woman who knows she needs to get her period back, but there’s often something holding her back from really making changes that would help her body head in that direction.

Sometimes she just doesn’t really want her period back at all. Let’s be honest – it’s easier not having to deal with tampons or pads or cramps or anything else relating to periods. One less thing to think about. We all have enough on our plates, and a period is just one more thing to prepare for. This is a sad excuse, but it definitely comes up.

Sometimes she does want her period back because she understands its importance for health, but she doesn’t really have the drive. She’s not fully motivated because she doesn’t truly understand what it means to not have her period. Often because she’s not at a time in her life when she wants to have children, so it seems irrelevant. The truth is, though, that you don’t want to take that option away from yourself.

There are many doctors who will either offer to induce your period, or they’ll tell you to just give it more time. And sometimes giving it more time really does solve the problem. If you’ve just come off of birth control, then it can definitely take some time for your hormones to start working properly on their own so you can have a regular cycle.

What if you have given it time, though, and it’s not coming back? At that point…what’s the cause? You might know the cause, but you might not. Could you be doing more to get it back? Is there a larger underlying health issue that needs to be addressed? Since the majority of people don’t do a ton of testing when it comes to things these, you might not ever know if there is something more serious going on unless you start taking the measures necessary to rule out the other potential reasons your period is coming back. The reasons relating to your lifestyle.

That brings me to the other type of woman – the one who knows she needs to get her period back and wants it back (or says she does), but is afraid of doing what might be necessary to bring it back. In other words, she is afraid to do what it takes to reduce the stress on her body.

There are many ways we stress our bodies out as women, and it does often require a total lifestyle change to address that. The most common ones I see are overtraining and/or undereating. Those have become normalized in our society, as well. When it comes to overtraining and undereating, sometimes women don’t even realize that’s what’s going on. We’ve gotten used to the idea of women eating like birds and working out too hard, too often. That’s what we see in the media, so that’s what people think equates to “health.” Finding out that their “normal” is actually not enough food or too many workouts is usually shocking to people, and sometimes that’s enough to change the behavior. What’s much harder, though, is when the woman knows deep down that that’s what’s happening, but she has a fear of stopping. She’s afraid that if she works out less and/or eats more, she’ll gain weight.

Let’s talk about that. There is no way to know how your body is going to respond. It’s possible you might actually lose weight, because your body will be under less stress. When you reduce your cortisol levels, that can reduce inflammation, and that might help someone drop unnecessary weight.

On the other hand, yes, you might gain weight. If you do, that’s probably because your body needs it. When you don’t have enough body fat, that is a signal to the body that it’s under stress, and therefore it shouldn’t reproduce. Hence, no period. Or, it might be because you have slowed your metabolism down through undereating / overtraining. Your body is used to being starved, so as soon as it gets some more food, it wants to hang on to it. It’s been trained to think that it won’t get more food in the future, so it holds onto those calories as fat for survival.

I know the thought of weight gain might scare you, and I can certainly write a whole blog post dedicated to that in the future. To sum it up, though, you have to remember your long term goal. Health. Remember, a regular period is a sign of health. If that means that you have to be uncomfortable for a short period of time and do something that scares you in order to reach that goal, I think it’s well worth it. Don’t keep yourself in the undereating / overtraining trap. It’s unsustainable. Get out of that as soon as you can. Otherwise, you’ll just make it harder for yourself later on.

The point is, in terms of weight, your body will balance out to where it needs to be for health.

It’s not just the overtraining and undereating, though. It’s also just the general life stress. Never saying no. Having too many things on your plate. Worrying about what others are going to think of you. Running from activity to activity. Not getting enough sleep. Checking social media and comparing yourself to others. Never slowing down. 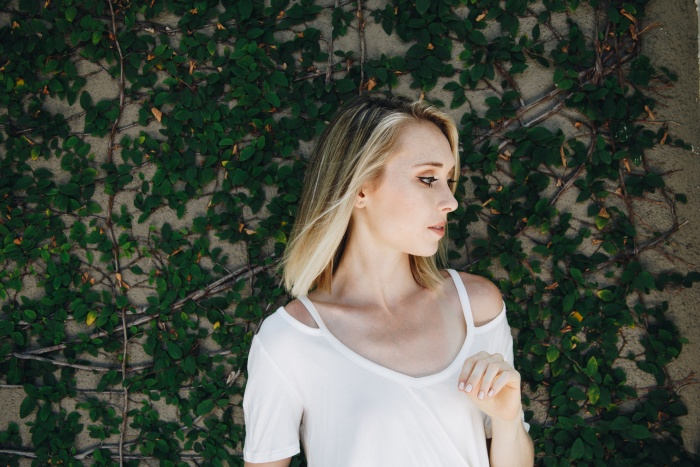 We have to stop and look around at what is happening. Infertility is far too common, and we need to take it seriously. Amenorrhea should be the exception, not the rule. Our world is filled with hormone disruptors. We have toxins in our homes, personal care items, and food supply, and we perpetuate the cycle with our lifestyle habits like undereating, overtraining, and chronically stressing ourselves out that just worsen the problem. There are so many different routes to infertility, and so many potential causes for dysregulated hormones. Sometimes we know the root cause, but sometimes we don’t. Either way, I believe that we always have the power to try something to put ourselves in a better position to reach optimal health.

If you have amenorrhea or your hormones are out of balance in any way, do something. There are so many changes you can make. Have you eliminated your exposure to hormone disruptors in your home and skincare? Those are easy fixes. Eat whole foods, and nourish your body with enough of them. Stop counting your calories. Move in a way that serves your body, not in a way that stresses it out. Rest when you need it. Sleep. Slow down. Say no to people and relationships that don’t serve you. That’s not being selfish. It’s truly for your health. Putting yourself first is just as much a prescription as a pill or supplement any doctor could give you.

Choose health. It might seem scary at first, but remember the longterm goal. Are you really willing to sacrifice your fertility because you were scared to reduce your workouts, nervous to eat more food, worried what other people will think if you “do less,” or too stubborn to switch out the products you use? I don’t think any of those things are worth it. When you’re 35, you don’t want to look back and regret caring so much about what you looked like at 18 years old that it cost you your fertility. Remind yourself of what’s really important, because you do have the courage to make a change.