Before December rolled around, I asked you guys if there were any specific recipes you wanted me to create this holiday season. I received a ton of great suggestions, but there was one thing I got an overwhelming amount of requests for – Gingerbread. 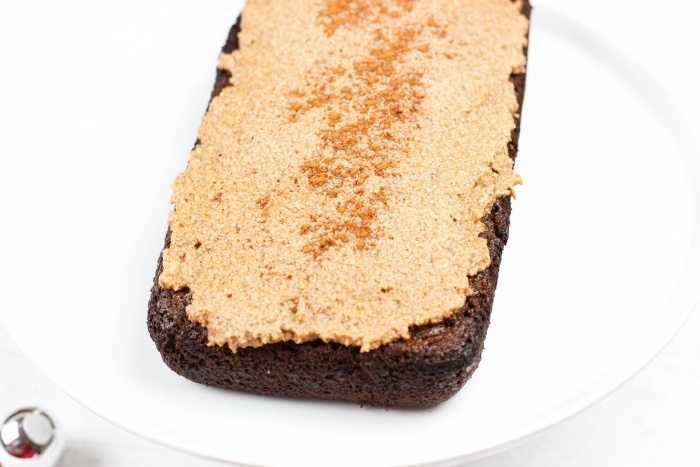 I love that you guys love my sugar-free recipes. My recipes are not all sugar-free, and are not always going to be mainly sugar-free, but I will always continue to provide them. So of course whenever someone makes a special request for a sugar-free something, I want to make it happen. 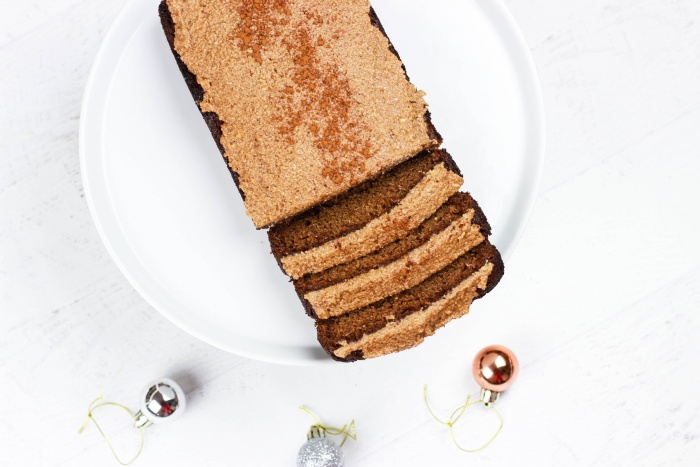 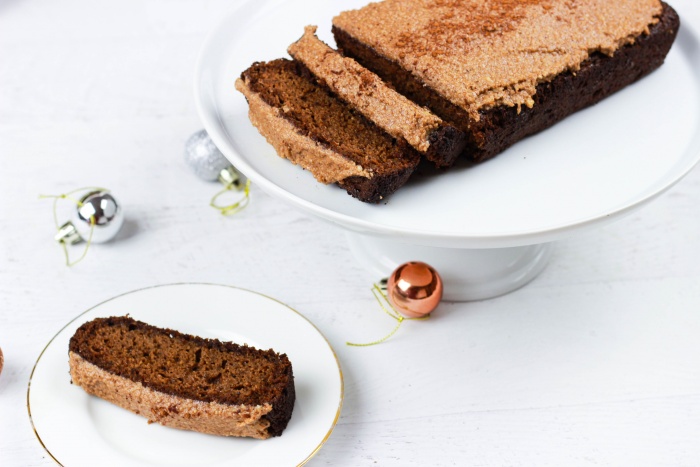 What is molasses? Molasses is that dark, sticky syrup you might’ve seen in grandma’s cupboard. The one you thought was maple syrup, took a taste of, and wanted to spit out. It’s a result of the sugar-making process, and it comes from cane sugar or sugar beets. When the juice from cane sugar is boiled down and the sugar crystals are removed, molasses is what’s left over. It has a very unique taste, to say the least. Besides that, it’s very high in sugar.

Because of that, the thought of making a sugar-free gingerbread felt like a total contradiction. How could I make gingerbread without molasses when molasses is what gives gingerbread its unique flavor? 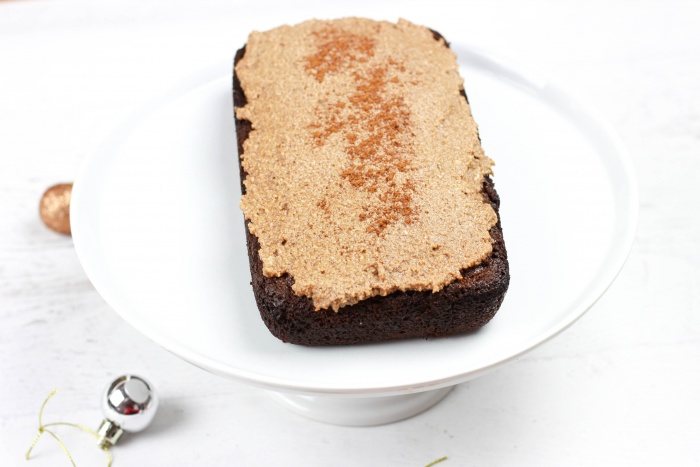 Then, I figured it out. I wasn’t going to make it totally sugar-free, but I could make it low-carb and keto-friendly! 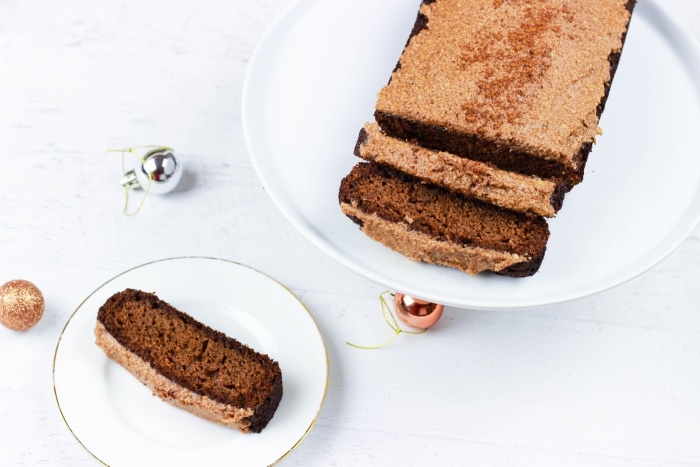 The topic of sweeteners is very controversial, especially in the ketogenic community, but the main thing to consider is if the sweetener spikes your blood sugar. Also, I will always prefer a natural sweetener over something man-made. 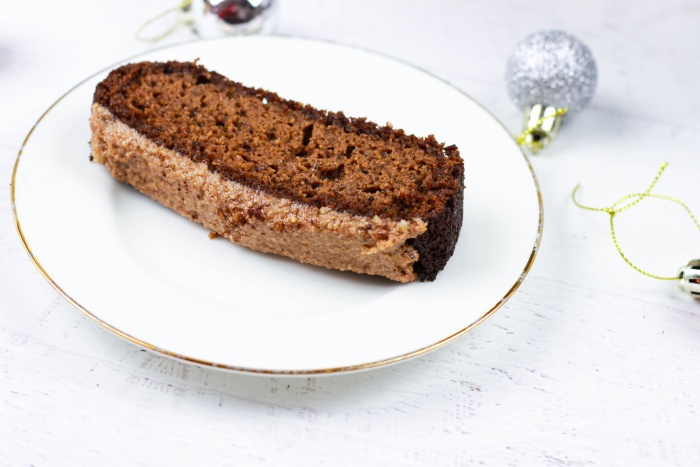 One sweetener that’s gotten a bit more popular in the keto space recently is yacon syrup, which you may or may not be familiar with. I started to see a ton of keto dessert recipes pop up a few months ago, which made me very interested in trying it! 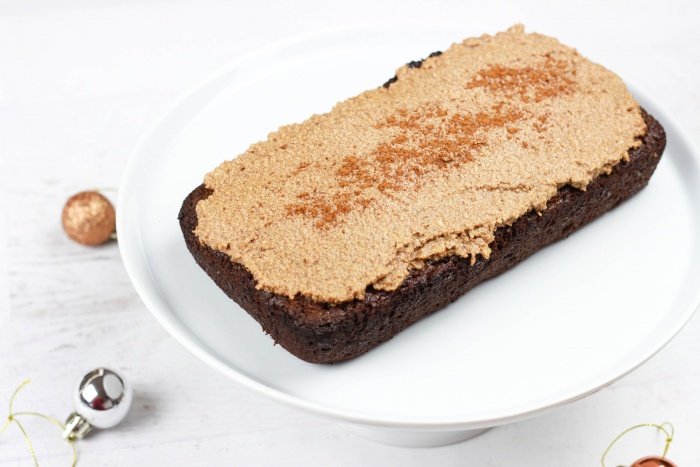 Let’s talk about yacon syrup, shall we?! It’s not as well known as other sweeteners, but it should be! Yacon comes from the Peruvian yacon root, is completely natural, and was actually used in ancient cultures for medicinal purposes. Yacon is interesting because although it does contain sugar (a low amount, though) and tastes sweet, our bodies don’t digest it. The sugar molecules in yacon syrup, fructooligosaccharides, go to the large intestine undigested and actually feed the good bacteria there! This is why it’s considered a prebiotic food. Prebiotics feed probiotics, and we all know how important probiotics are for digestive health, metabolism, and overall health! Because the yacon acts as a prebiotic food, the small amount of sugar it contains shouldn’t spike your blood sugar. 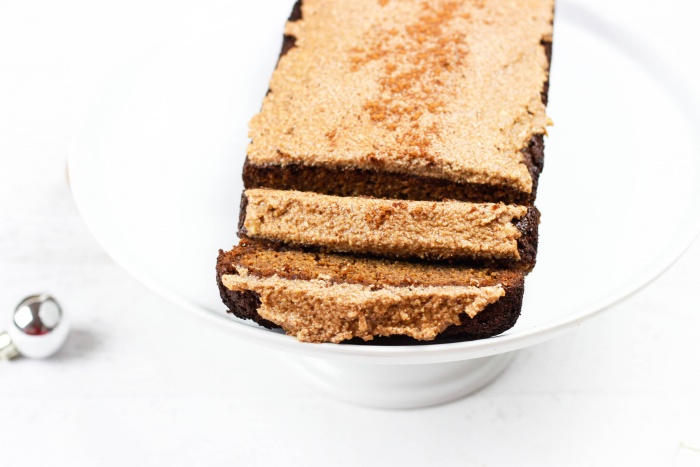 Yacon syrup definitely has a distinct flavor, and a little goes a long way. The funny thing is, though, that oftentimes people compare the taste of yacon syrup to molasses! BINGO! So that’s how you make a molasses-free gingerbread – you replace the molasses with a low-carb-friendly sweetener that tastes like molasses! It’s the perfect substitution.

This took a bit of toying with, and my best friend and I taste-tested this a few times to make sure we got it juuuuuust right. Thanks to yacon syrup’s prebiotic properties and the fact that I am very far along on my Candida protocol, I got to enjoy this sweet treat without a problem!

Gingerbread is nice because it’s not a “dessert” that’s super sweet to begin with. I actually never even realized gingerbread was considered a dessert until I hit my 20s… I grew up eating this as breakfast during Christmastime! Ha! The traditional molasses gives gingerbread a rich, deep flavor with a hint of sweetness, but nothing too overwhelming, and the yacon syrup gives it that same subtley sweet flair. 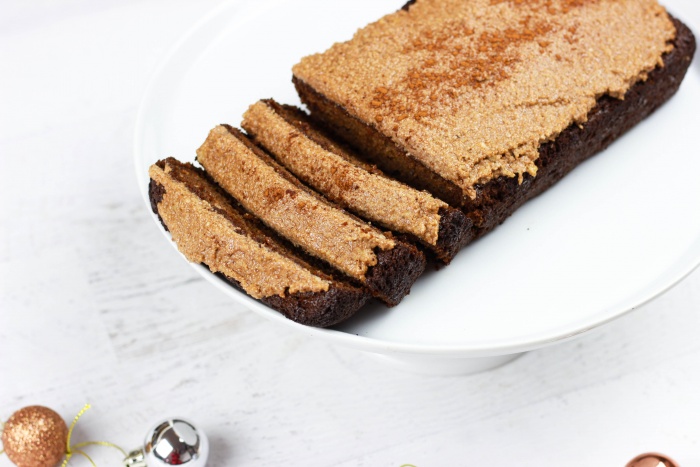 I get my yacon syrup online, although nowadays it’s sold in a lot of health food stores. It’s important to get one that doesn’t contain any additives and is 100% pure. This is the brand I use. 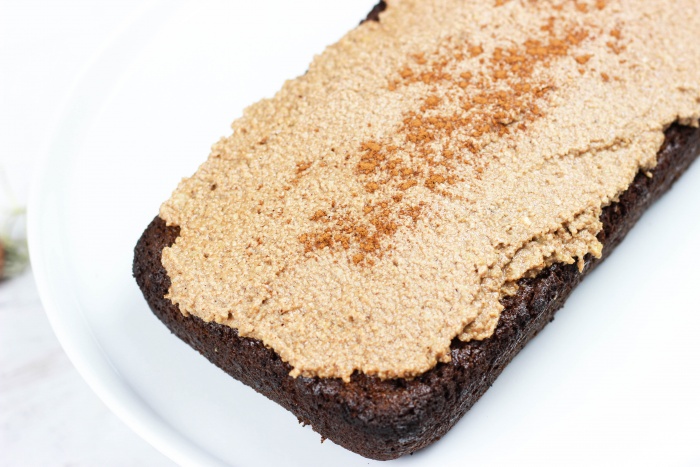 I wanted to spice things up a bit, so I added a frosting on top! It’s totally optional, but it definitely brings this to the next level! You can swipe the frosting on top of the entire loaf, or you can spread it onto each piece as you eat the loaf! 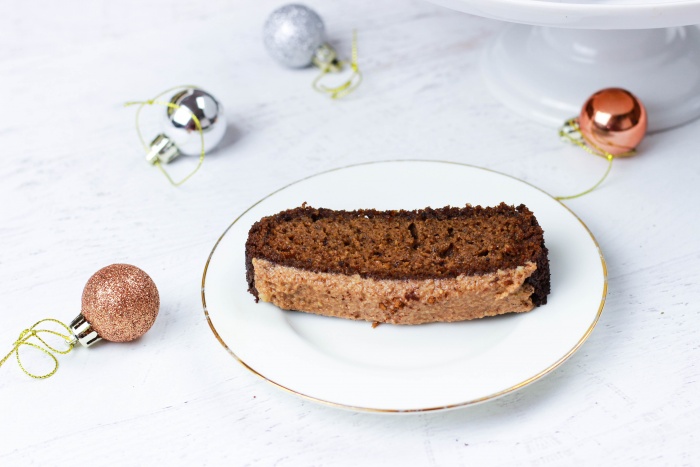 This is definitely a new fave of mine. It’s moist (I hate dry gingerbread), not too heavy, not too light, and tastes just like the holidays! Paleo, gluten-free, dairy-free, keto-friendly, low-carb, and ABSOLUTELY DELICIOUS! This is the perfect bread to bring to your next Christmas party! 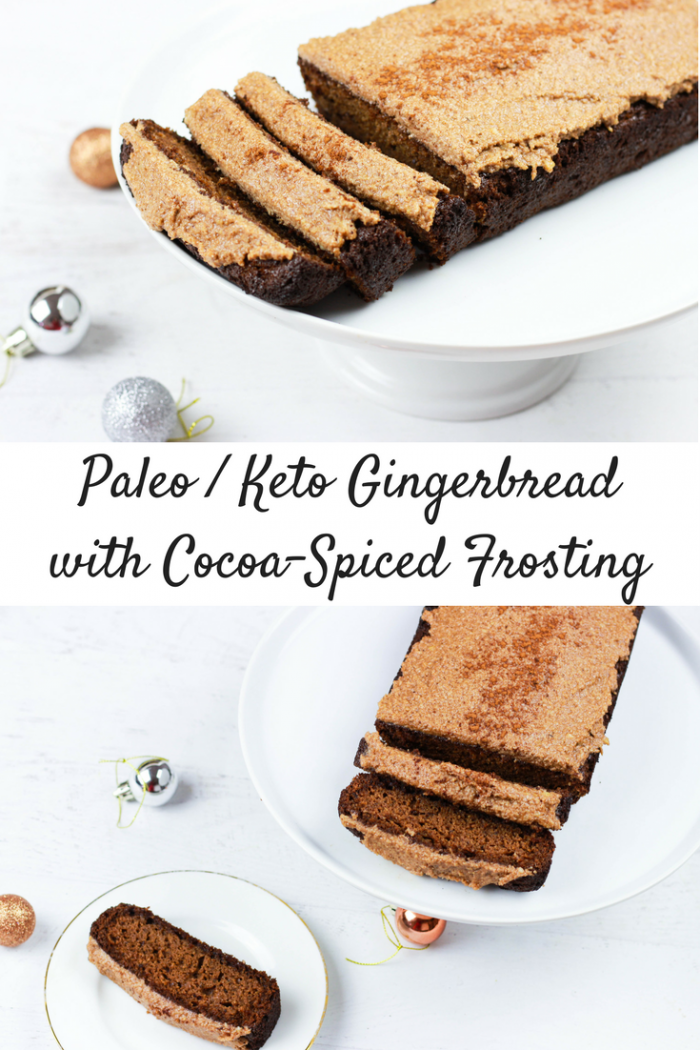 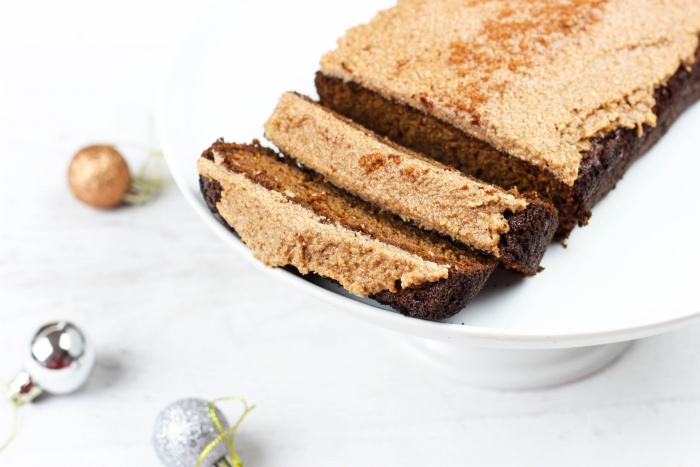