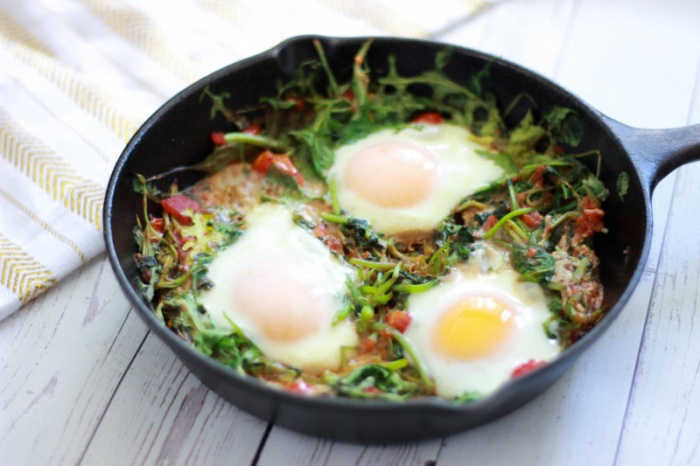 Shakshuka had always been something I saw from afar, drooled over, and subsequently dreamed of, but I never actually tried it until recently. I’ve seen it quite a few times on different brunch menus, but it seems to always contain something I’m intolerant to when it’s made in a restaurant. They usually toss some bread or cheese or butter in there, so it’s not usually an option for me when eating out. 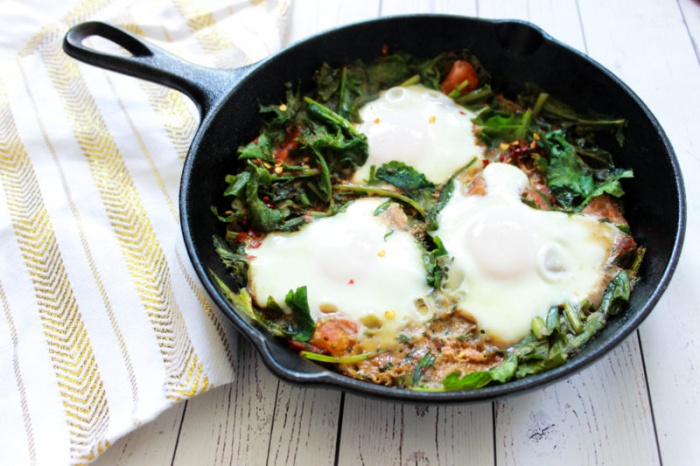 I’m not sure what inspired the craving, but a few months ago I randomly started thinking about shakshuka and couldn’t stop. I guess that’s what happening to me now that my sugar cravings are gone … I crave baked eggs. 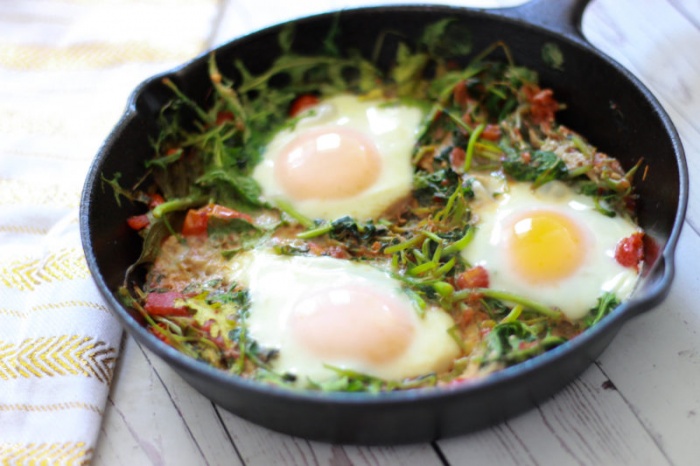 The dish looks extravagant, so I was intimidated at first. I really had no idea what defined “shakshuka,” I just knew it looked good. So I turned to the Internet to discover what, exactly, shakshuka is, and I was pleasantly surprised to discover how easy it is to make. 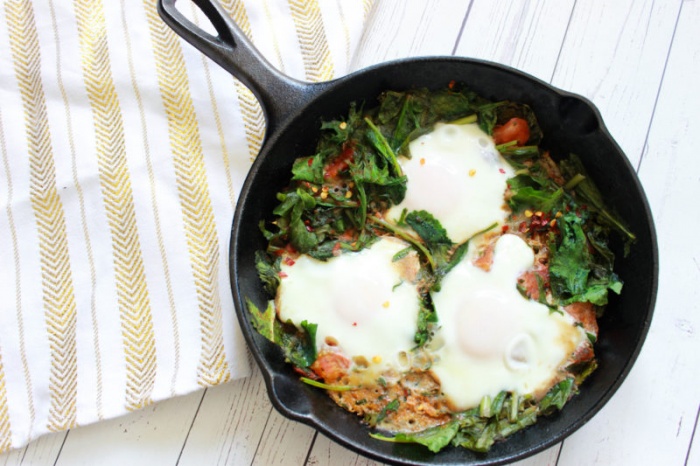 I quickly realized there are a ton of different versions of shakshuka, but the general idea is that it’s a dish with eggs baked/poached into some kind of tomato sauce. The eggs are sometimes surrounded by veggies, as well. Like I said, there are so many variations, which is why I love it. You can be creative! 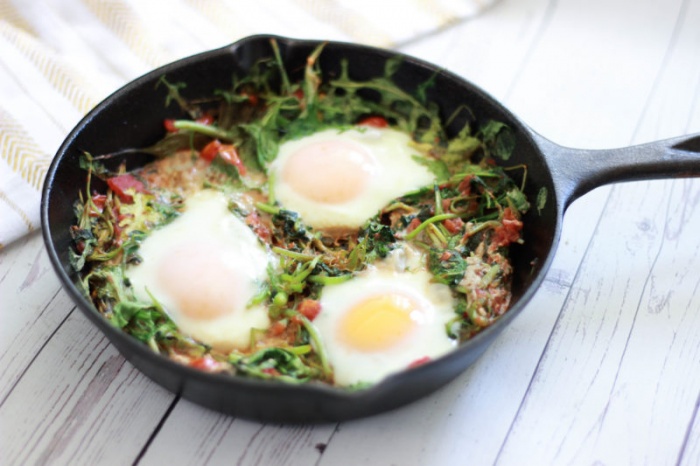 Most traditional shakshukas are made with a few eggs baked into spicy tomato sauce, red bell peppers, and other spices, but I’ve even seen a few without tomatoes at all. To cook the eggs, you can either put your skillet in the oven, or you can just put your skillet on the stovetop, cover the top, and call it a day. 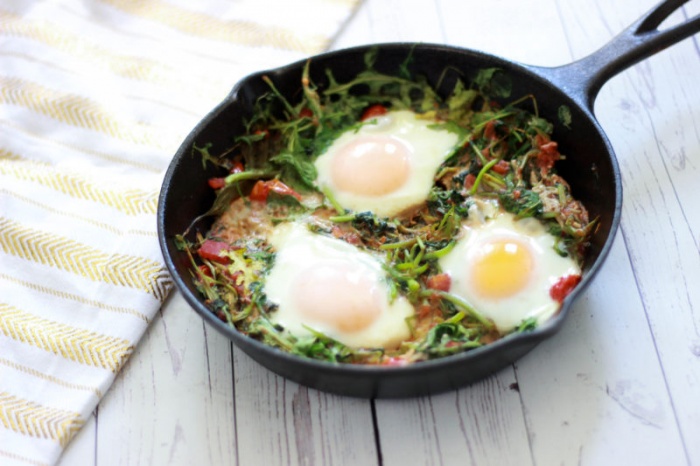 I’ve made this a few different ways, but they’re all pretty similar. I like to use tomatoes, tomato puree, spices, greens, and eggs. The spices I use aren’t too “spicy” because I don’t do well with spicy food in general. Can’t take the heat! If you love spicy food, throw in some cayenne! I also prefer to cook it on the stovetop because I’m impatient and generally too lazy to use the oven in the morning, but I do think it turns out better when you cook it in the oven. I’m going to give directions for a few different versions here. More like a template. The beauty of this is that you can be flexible and use whatever you have on hand! 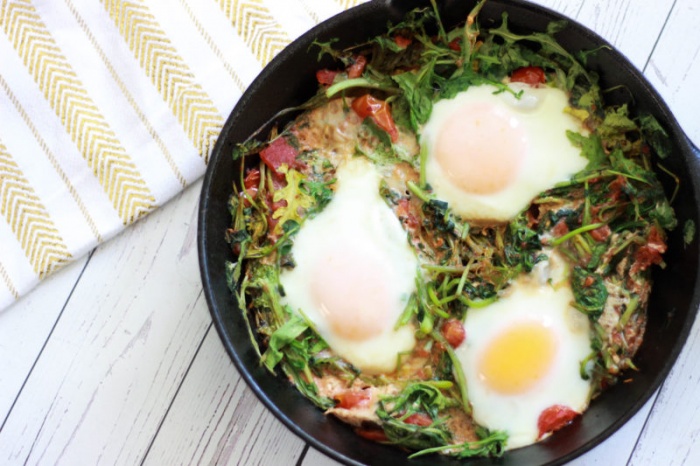 There are a ton of pre-made shakshuka sauces you can buy, but I think it’s pretty easy to just use your own veggies and spices and whip it up. Honestly, the whole point of this is just to have some eggs nestled into sauce and veggies. There’s something so satisfying about that, and it’s really that simple. 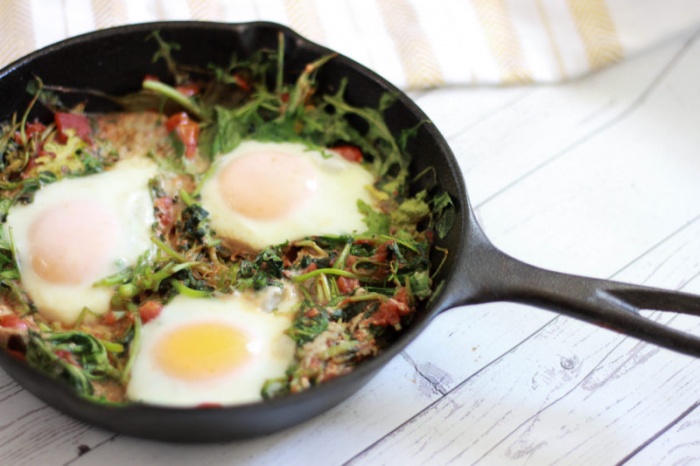 Shakshuka has been one of my favorite ways to shake up my breakfast routine while on my protocol. It’s paleo, gluten-free, dairy-free, grain-free, candida-diet friendly, healthy, and delicious! Hopefully you enjoy this shakshuka “template” – make it your own! 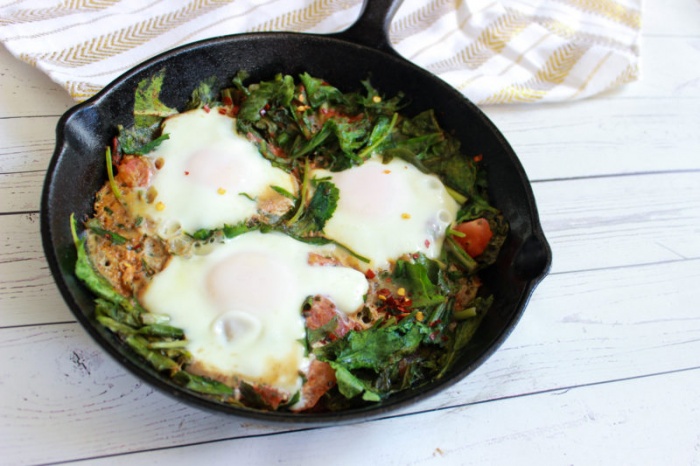 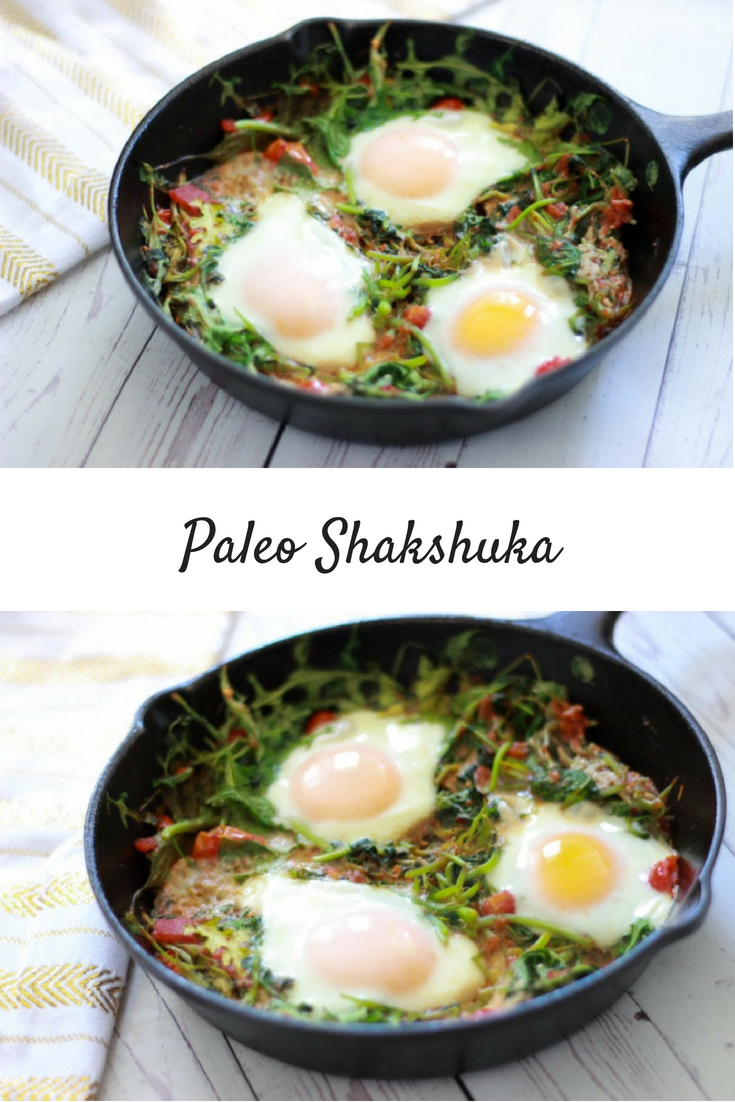 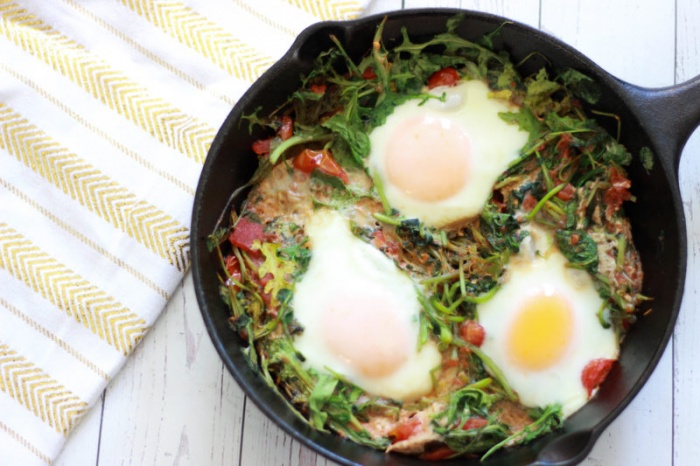 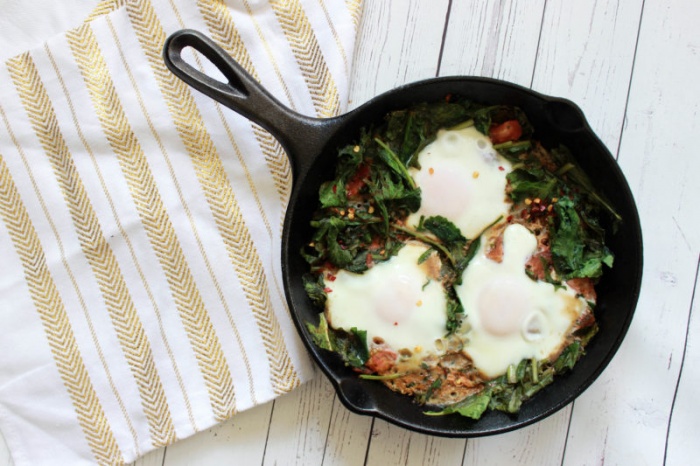 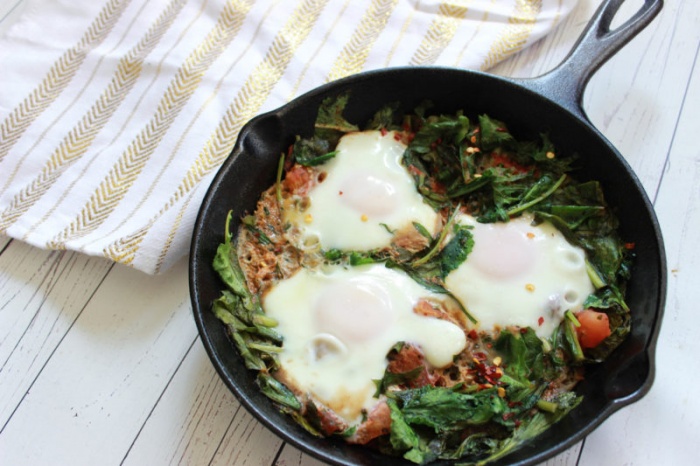 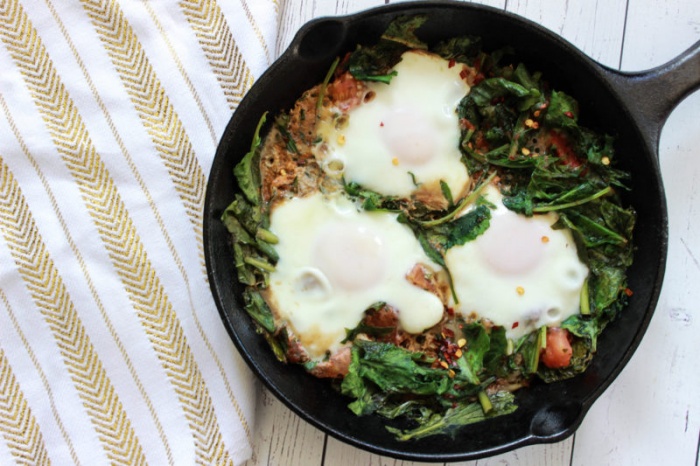