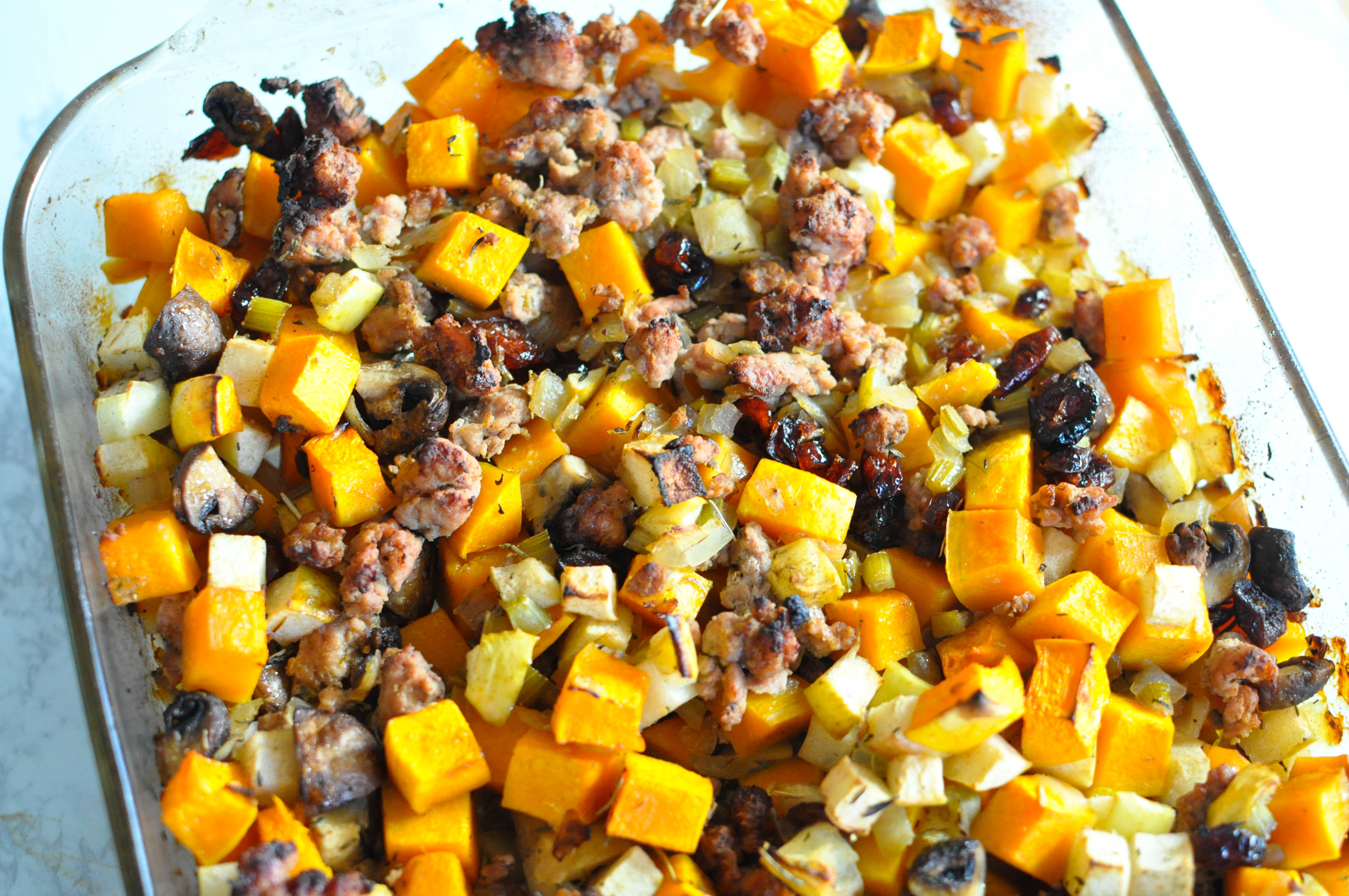 Thanksgiving is riiiiight around the corner, and at this time of year, I think we’re all excited to dig into our favorite holiday staples! I think it’s interesting how Thanksgiving, unlike most other holidays, is associated with such specific dishes – roasted turkey, mashed potatoes with gravy, sweet potato casserole, green bean casserole, pumpkin pie, and of course… stuffing! 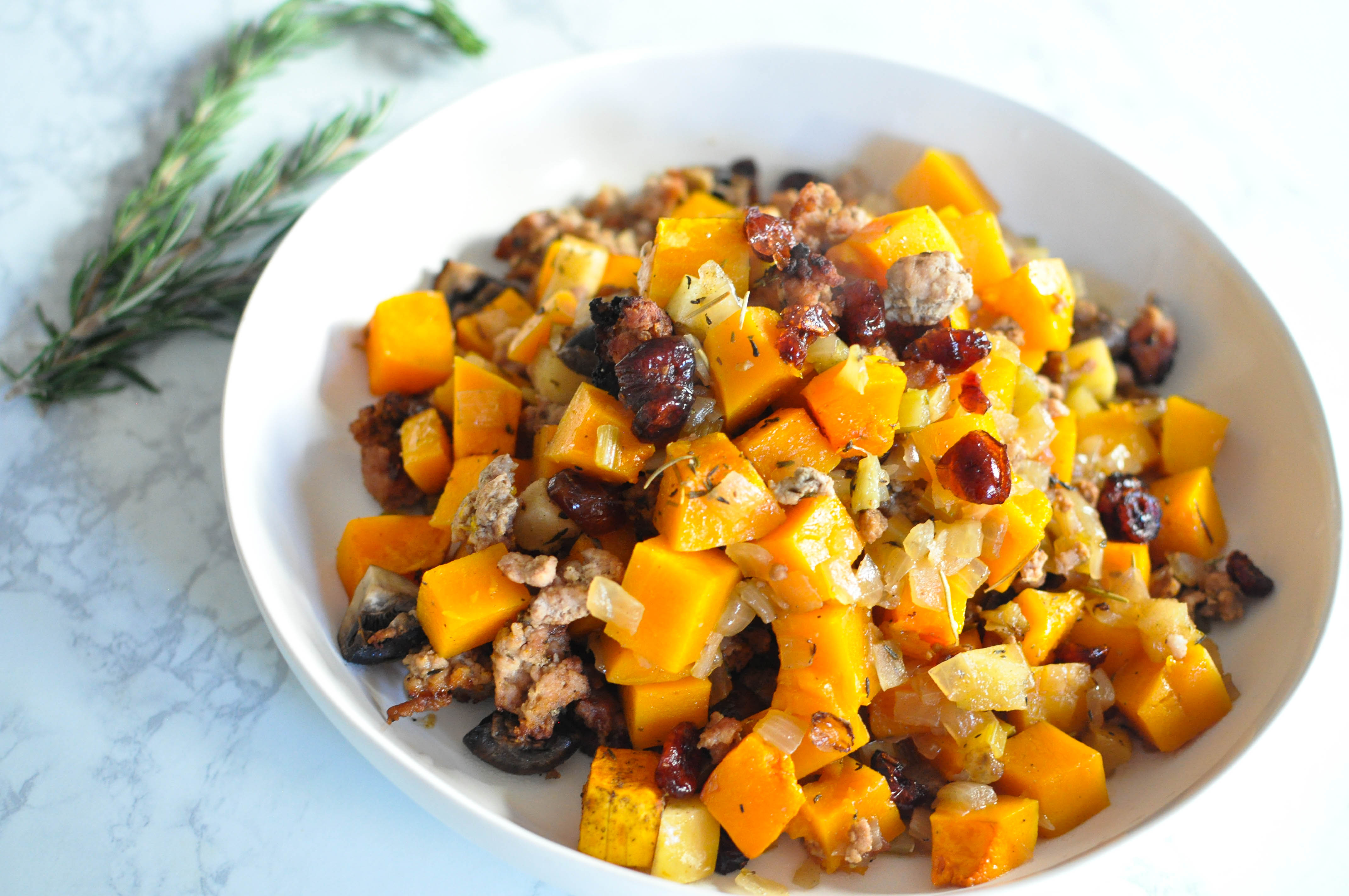 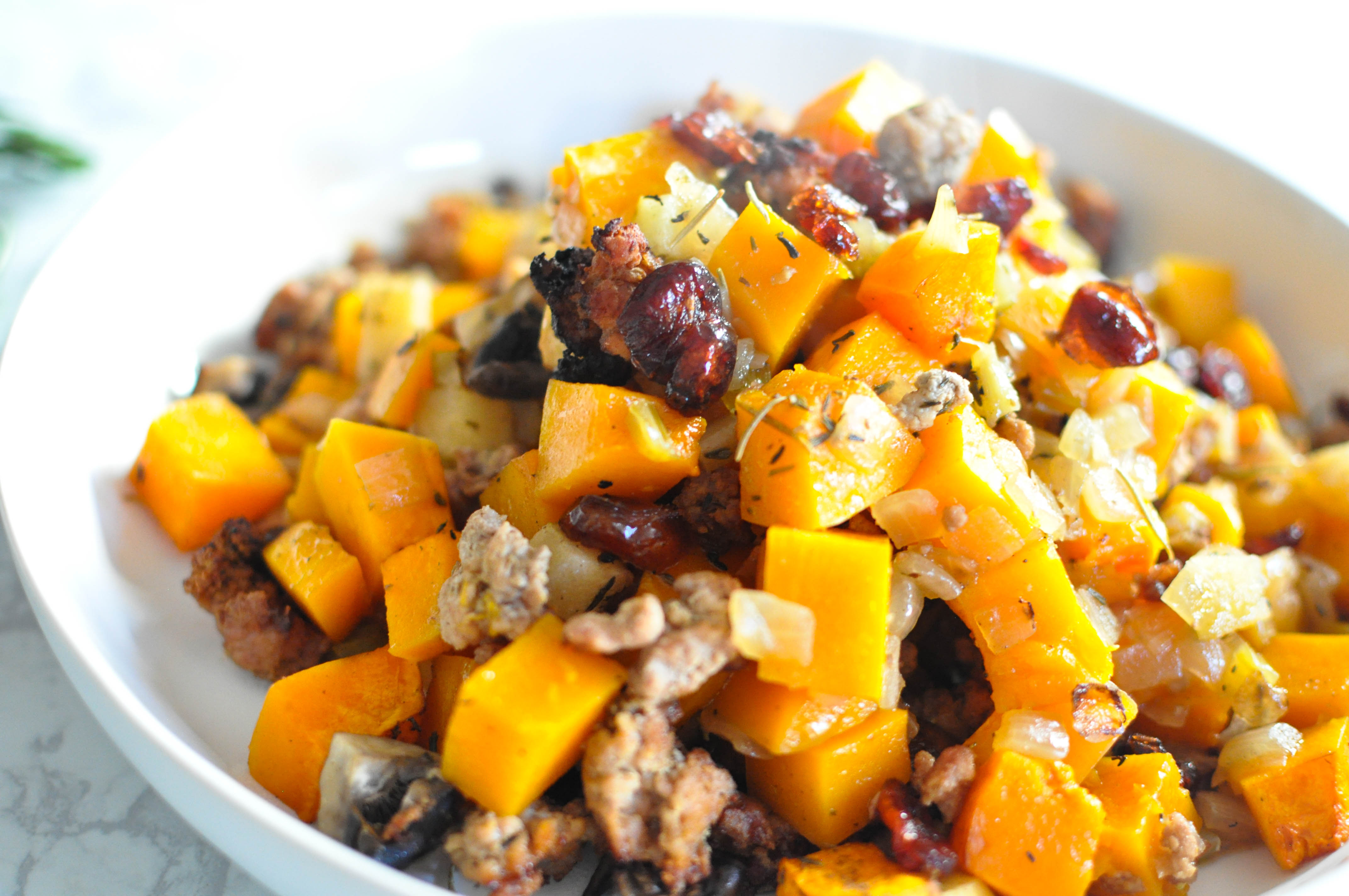 Personally, I was never really a stuffing person. The stuffing I tried growing up tasted a bit stale to me, had a weird aftertaste, and left me feeling quite “unwell” afterwards. Sorry to whoever made it… just being honest. Instead I opted for my grandma’s “pink stuff” made from jello and cool whip – such a step up. ;P

No wonder my digestive system was severely destroyed growing up… (only slightly joking). Good thing times have changed. 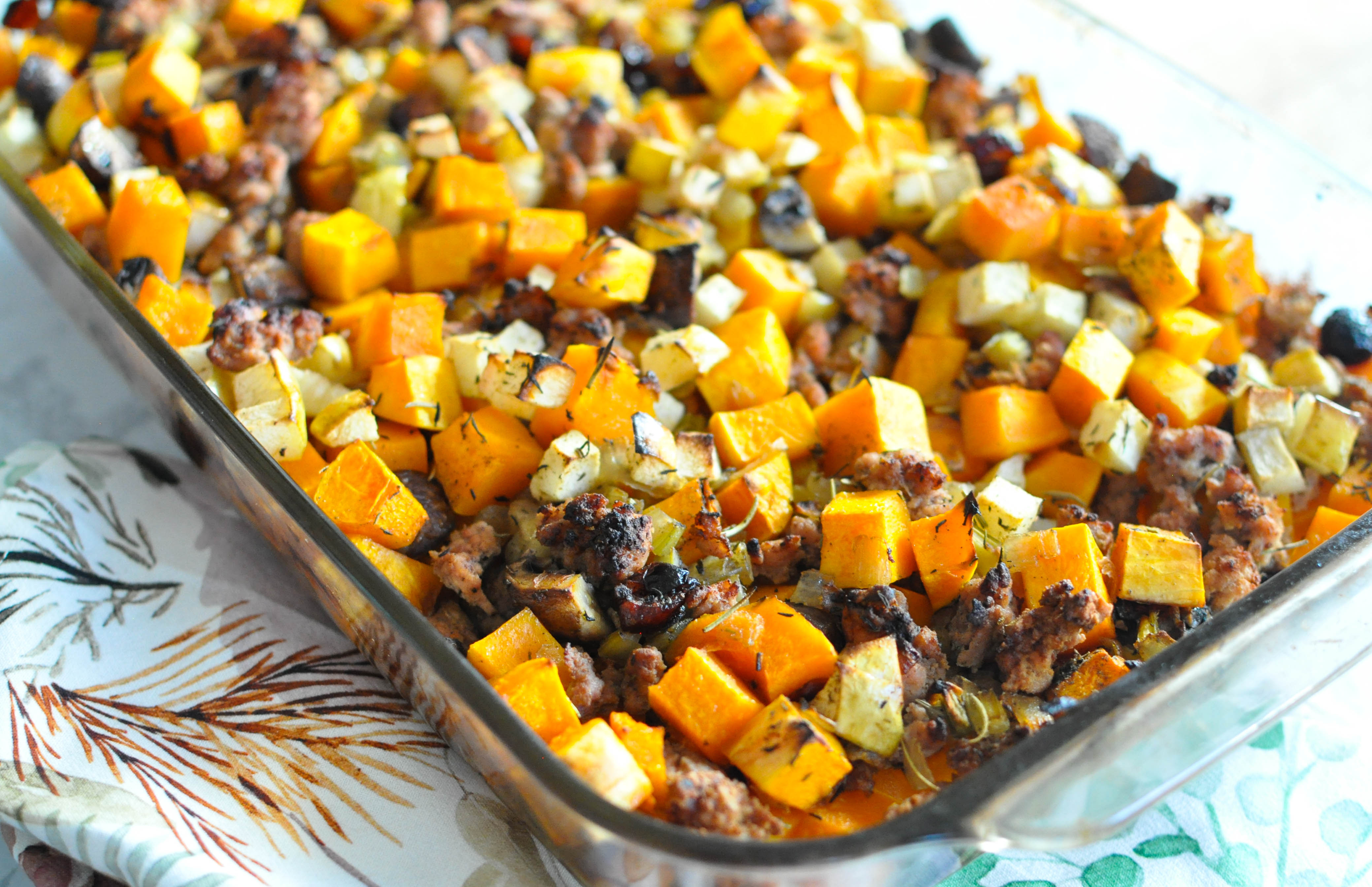 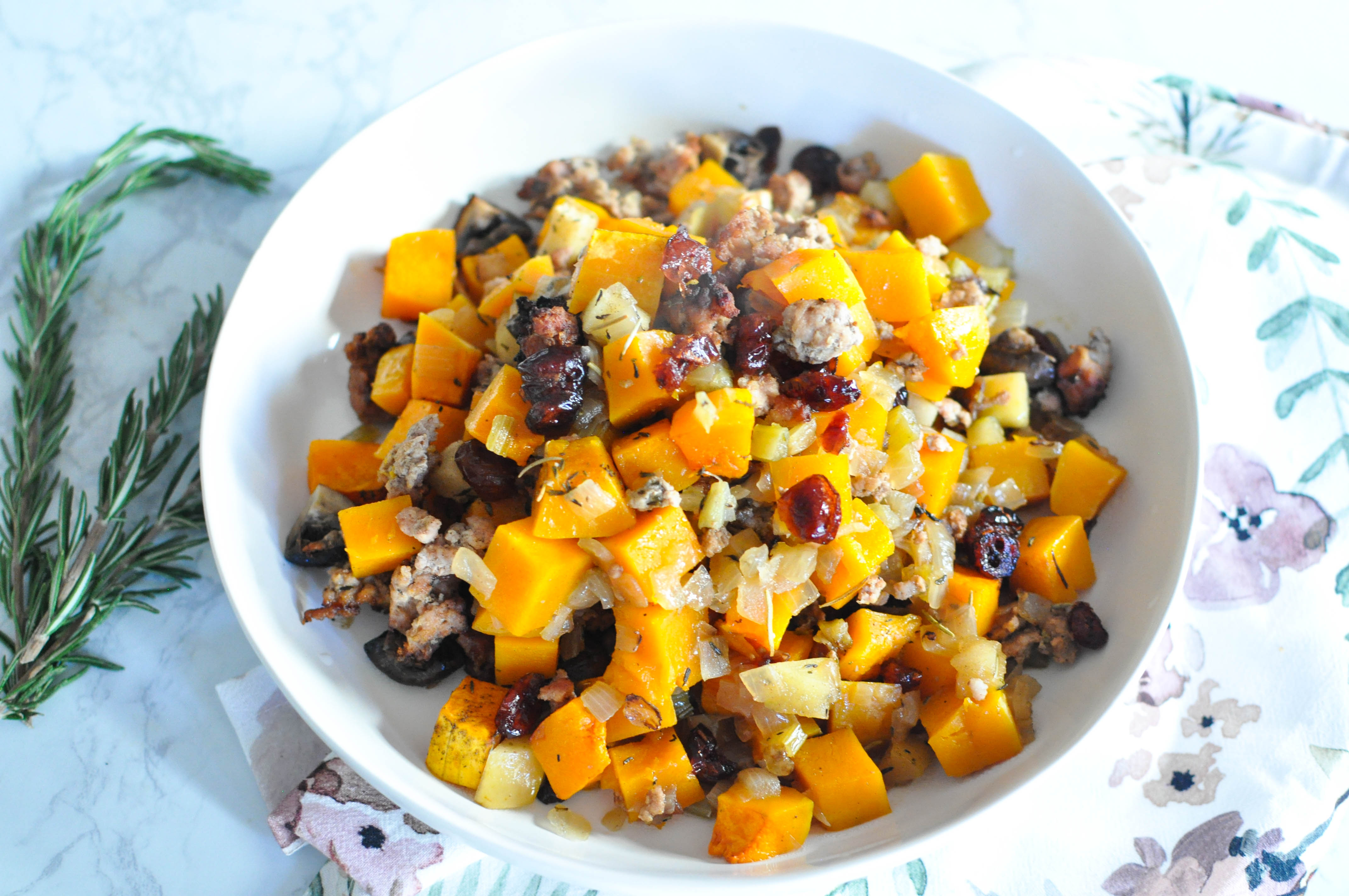 It wasn’t until I was much older that I tried a stuffing I actually enjoyed, and I finally saw what the hype was about. That being said, it still felt like a bit much in the context of the overall meal. Thanksgiving meals are traditionally verrryyyy heavy, and adding in another heavy side only leaves you more lethargic. That’s where people go wrong – Thanksgiving doesn’t have to be a super heavy meal that leaves you bloated and tired for 3 weeks afterwards. You can have a meal that’s just as delicious, if not more, but that leaves you feeling satisfied instead of totally out of commission, you know? That’s why my friend Kayleigh Clark and I made our Thanksgiving ebook, Gratitude – to show you exactly how to have a healthy holiday! 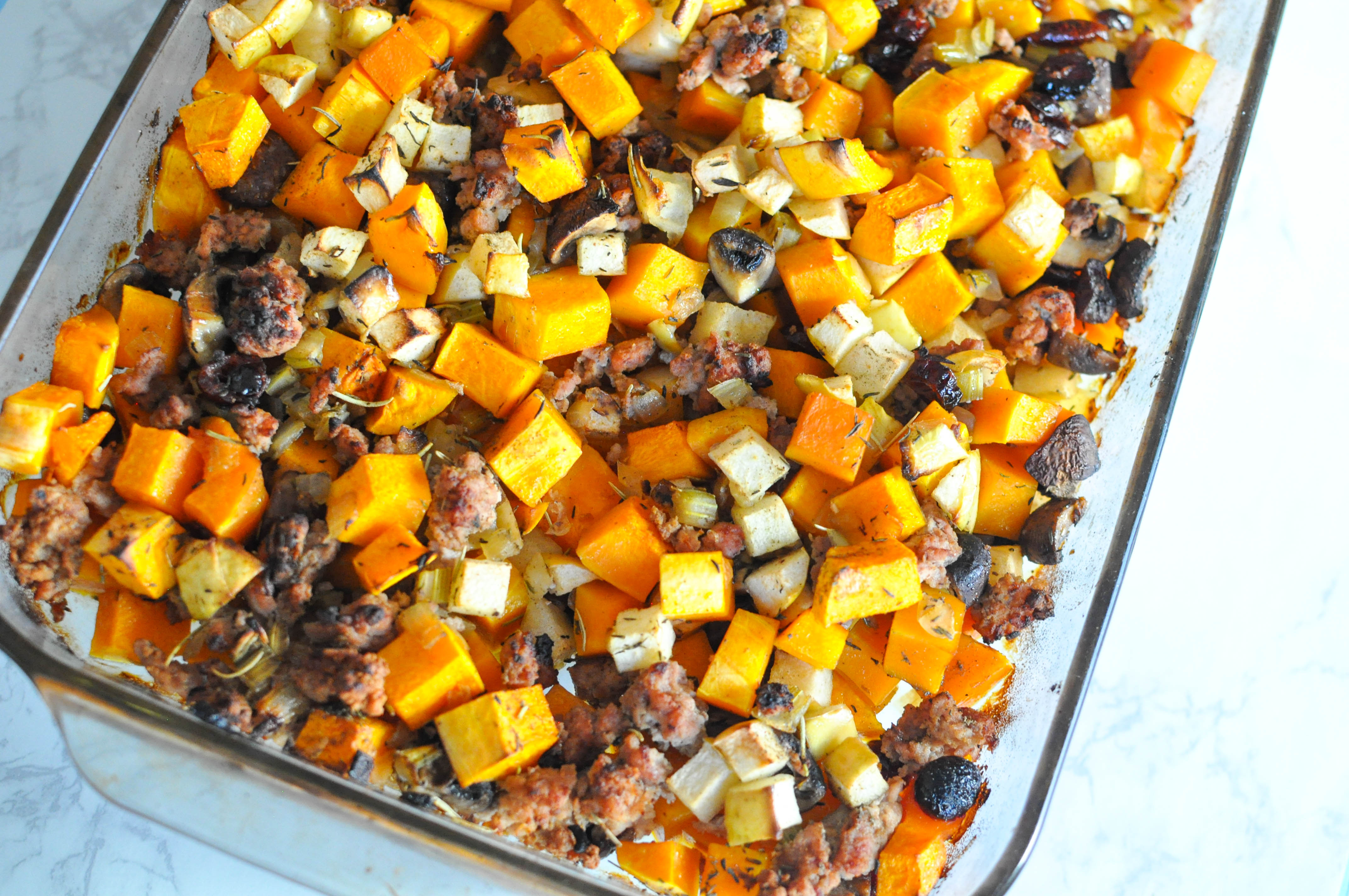 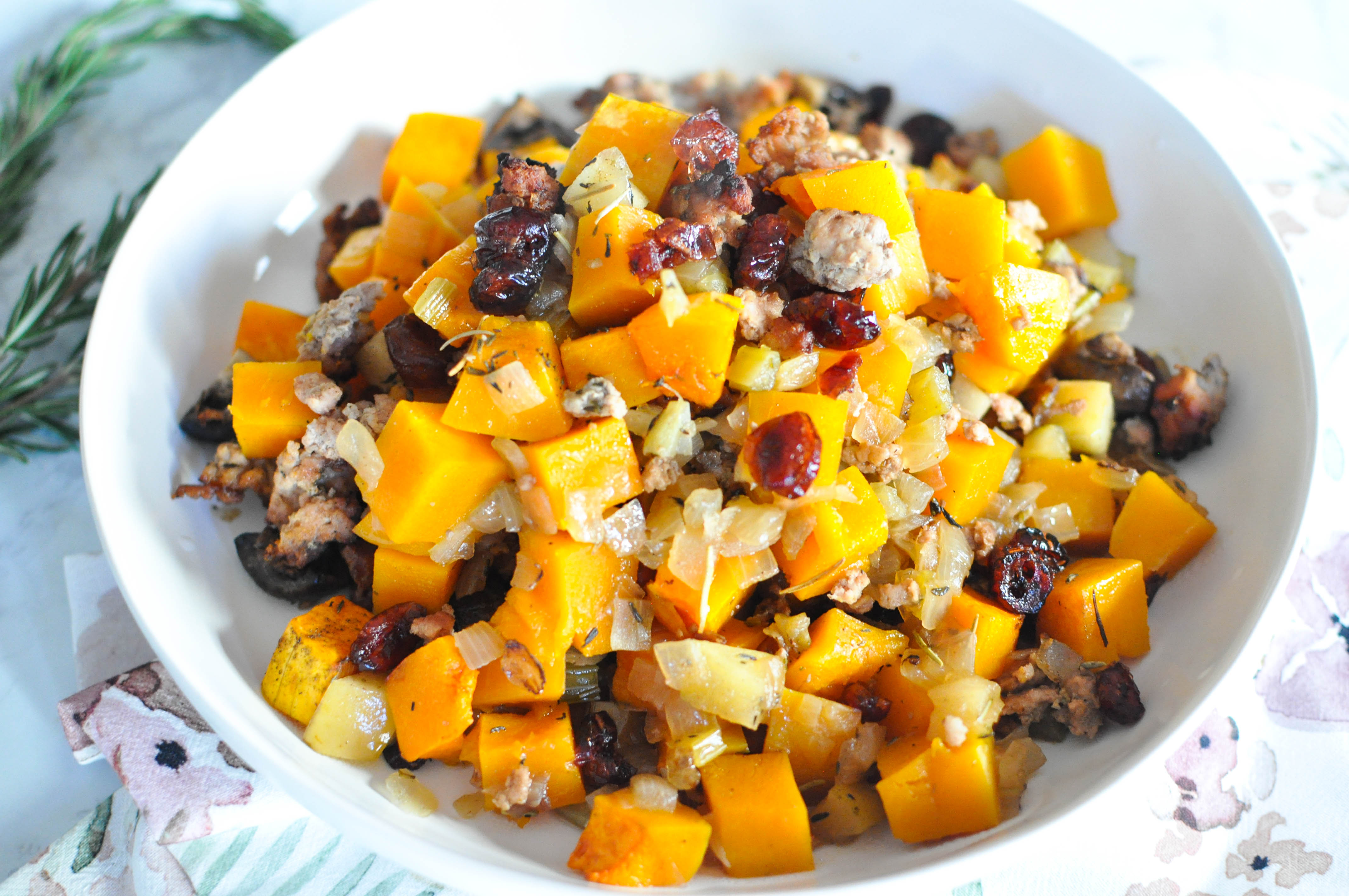 When it comes to healthy Thanksgiving swaps, stuffing should be at the top of the list. There are so many different ways you can make a healthier stuffing, and this recipe is the perfect dish to try out if you’re in the market for a nutrient-dense option that tastes just as delicious as the classic. 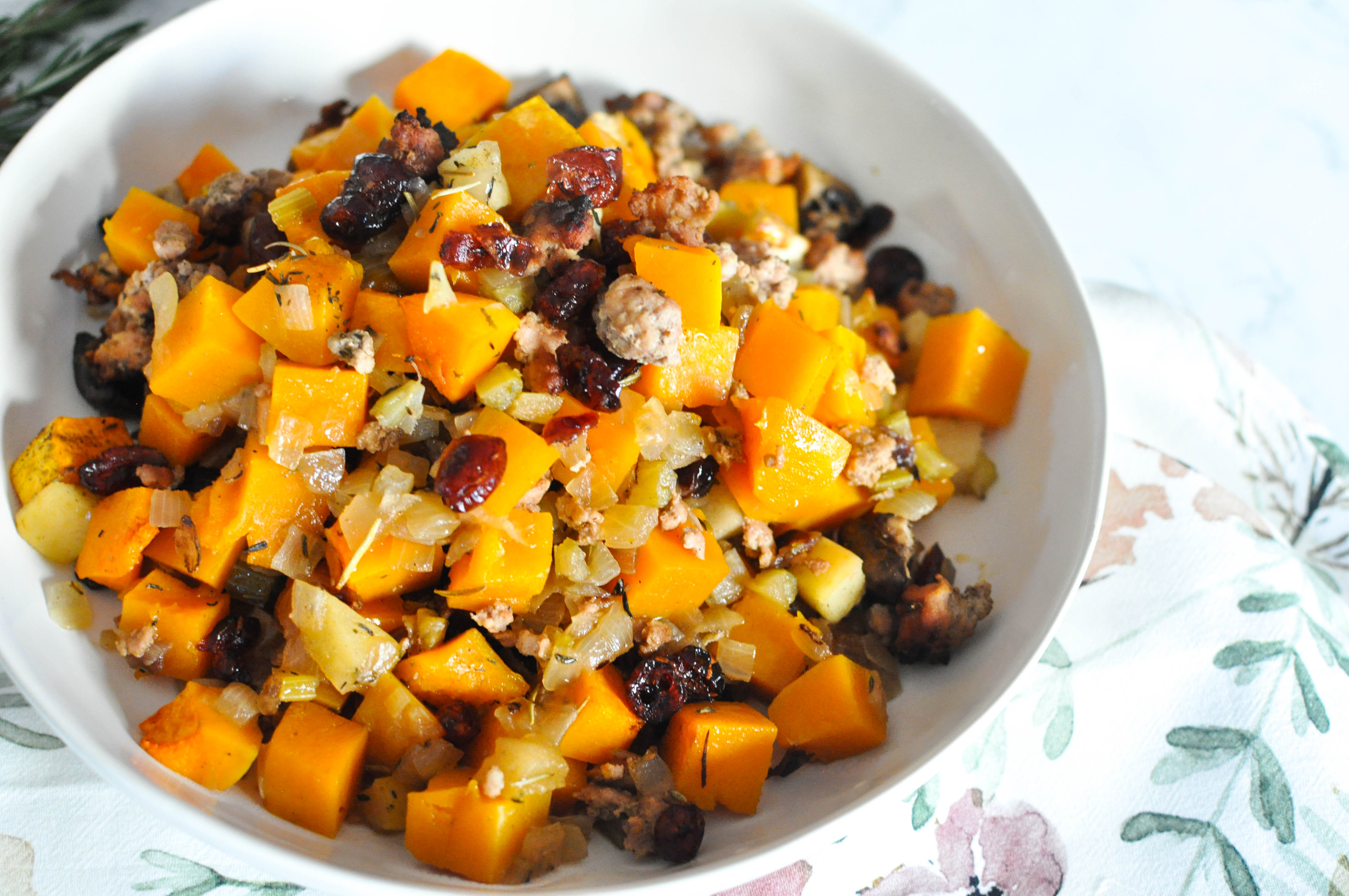 This paleo take on Thanksgiving stuffing has all the same flavors as traditional stuffing, like rosemary, thyme, and sage, but it leaves out the heavy bread that weighs you down. The reason why you love stuffing is because of the flavor, not the bread, so why not go for a lighter choice?! This recipe has the perfect combination of textures and flavors to create the ideal stuffing that anyone will love! Bring this side to this year’s family holiday and everyone will be grateful. 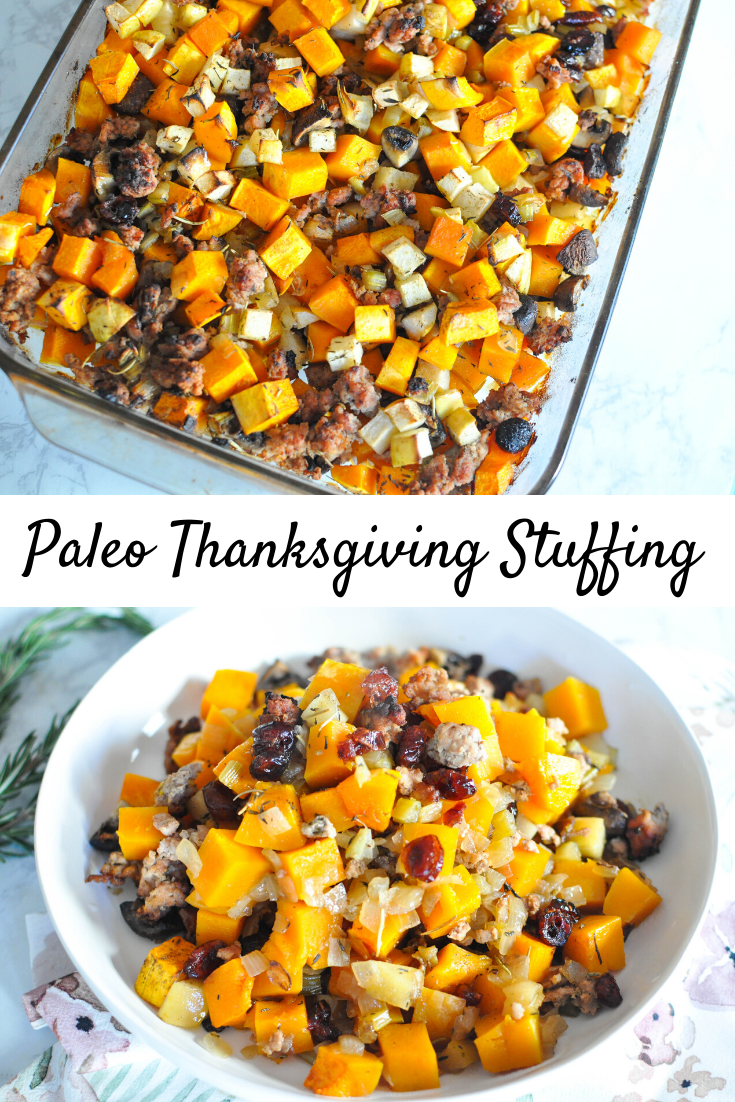 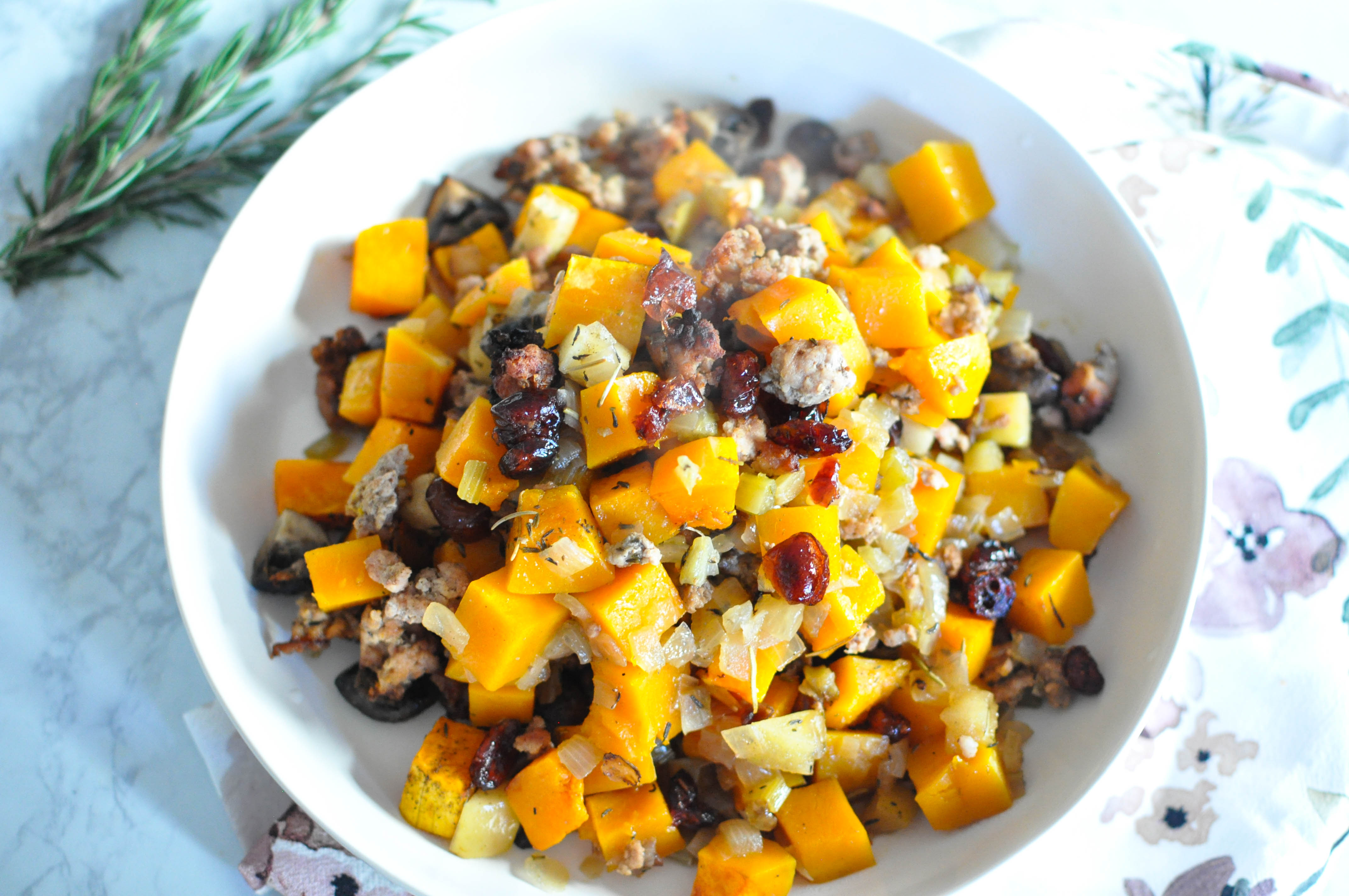 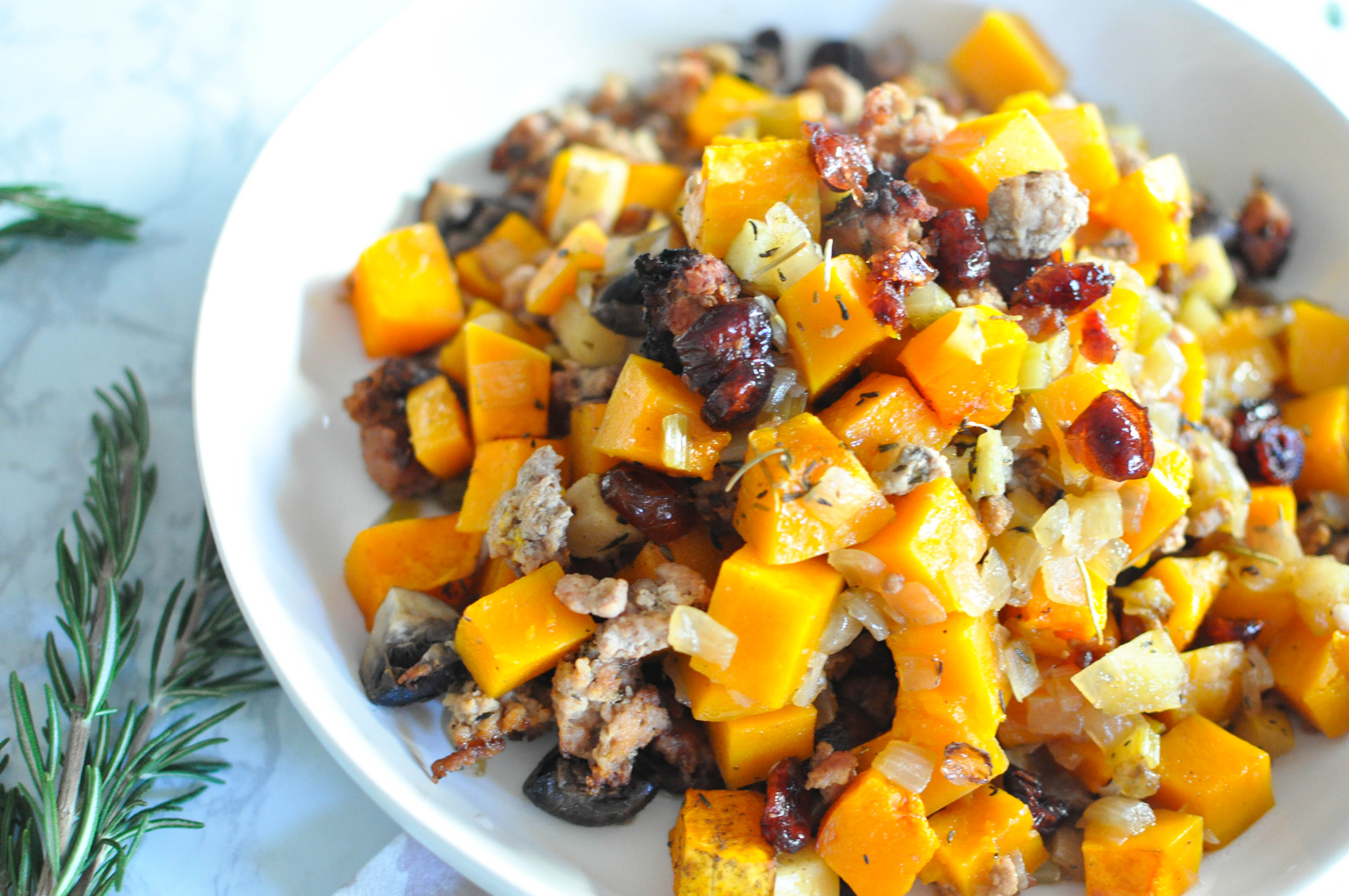