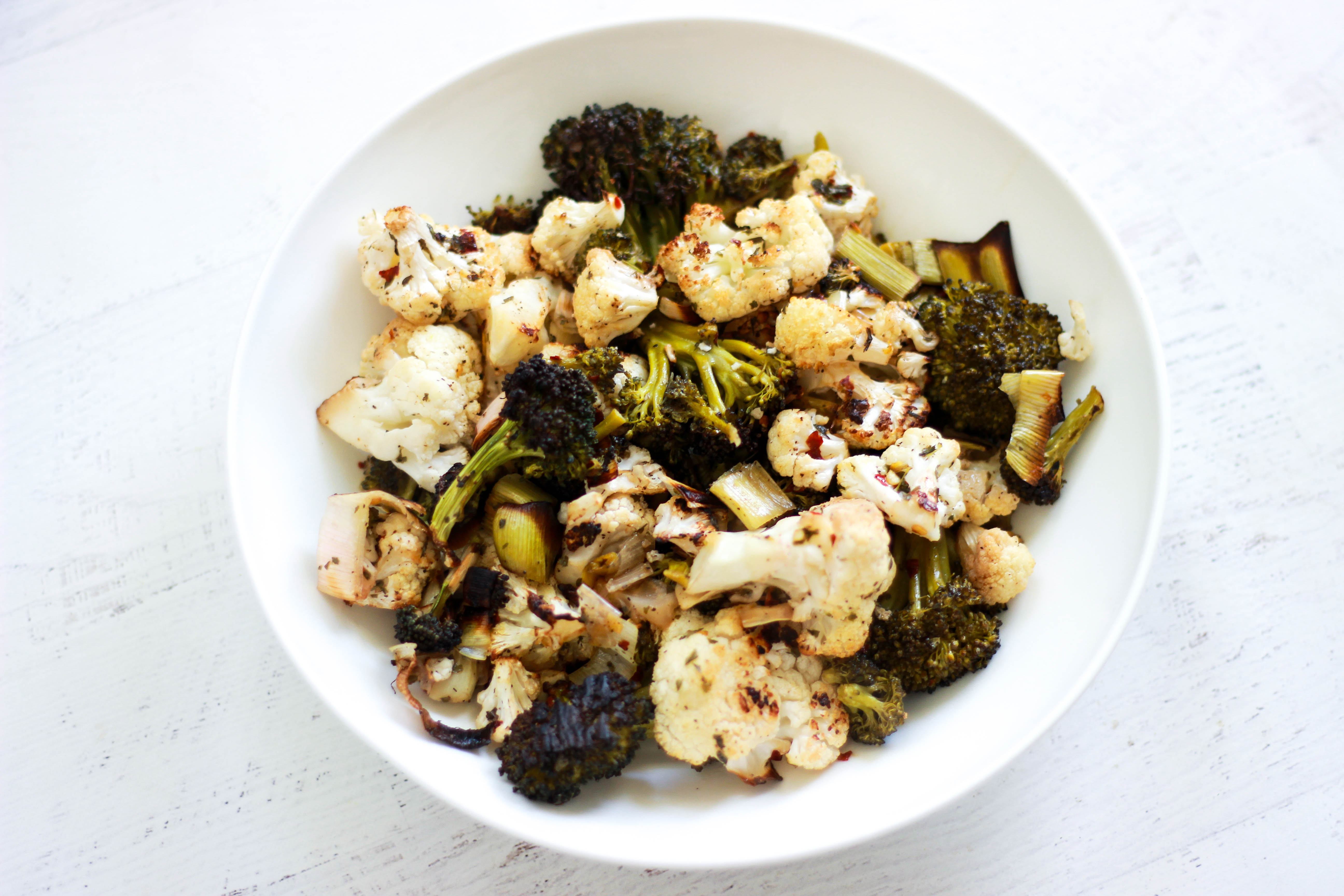 If I’m ever feeling uninspired in the kitchen, all I have to do is eat out. Well, I don’t even really have to eat out. I just have to look at a menu from a good restaurant, and I’ll usually always see something that inspires me. 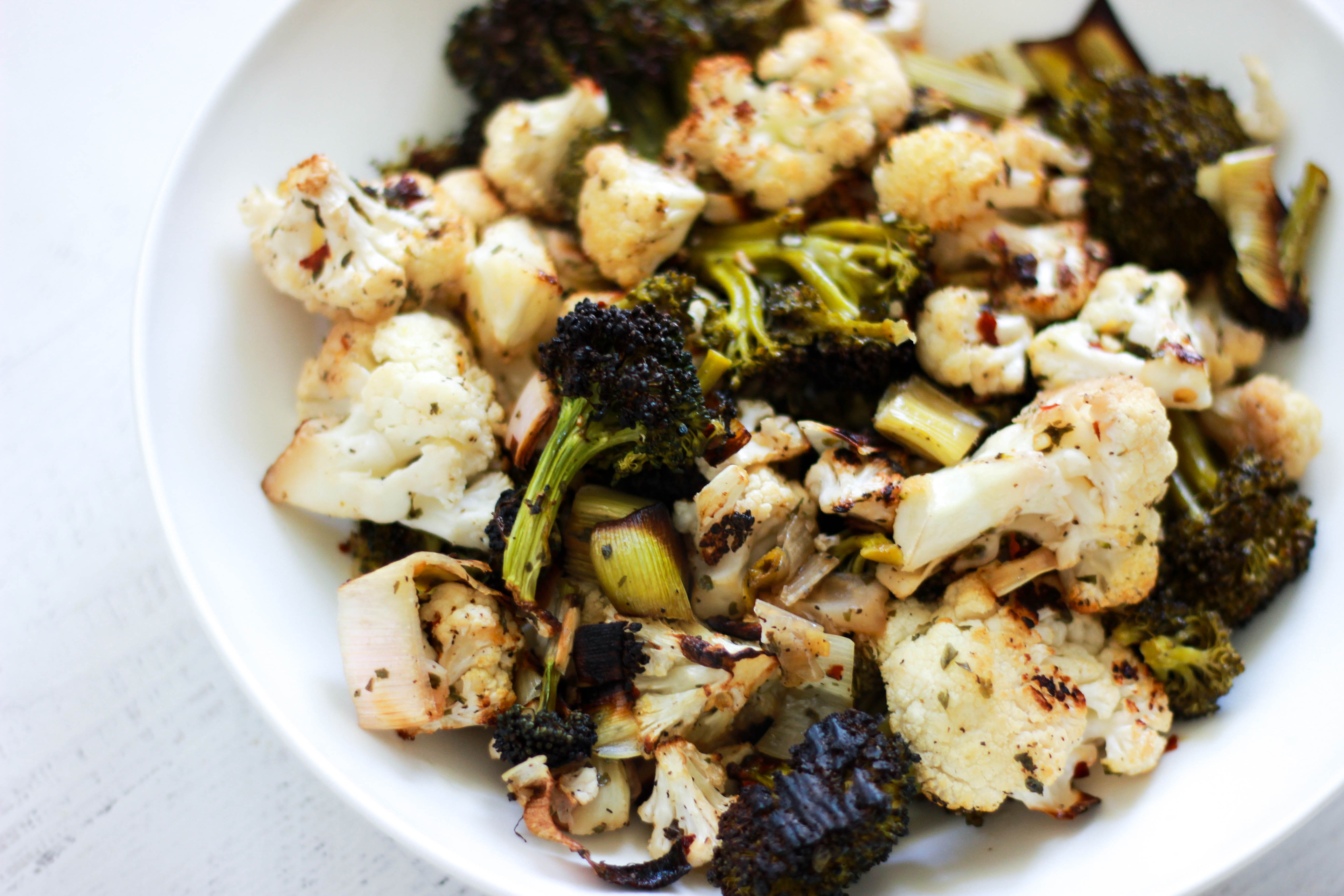 Better than that, though, is when I actually taste a dish that instantly becomes a favorite. When that happens, I immediately need to go home and try to recreate it for myself. If a restaurant is sneaky with its ingredients, it can be difficult, but thankfully most menus are very telling. 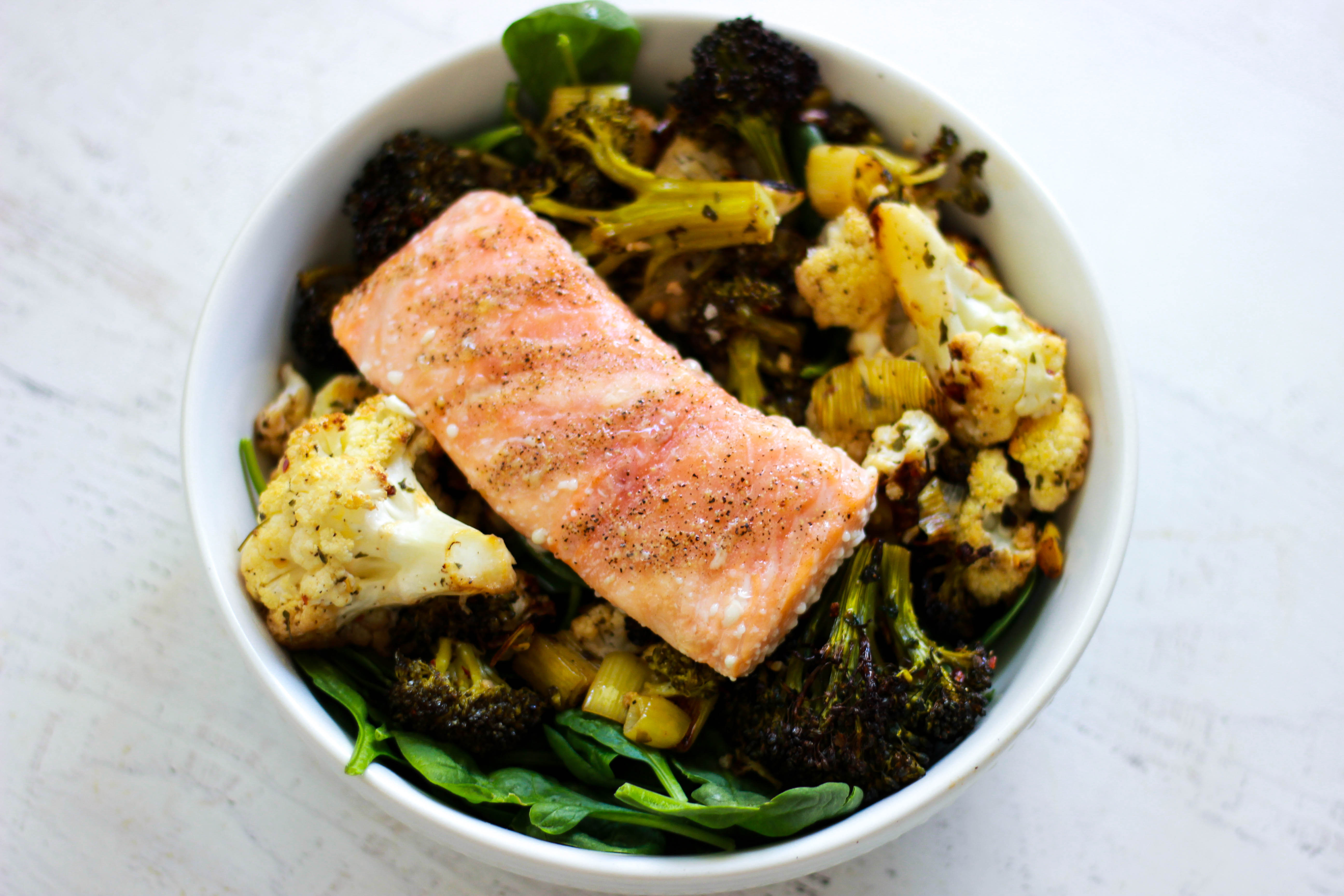 This recipe is a recreation of one of my all-time favorite side dishes when eating out, but I think my version is actually better. If you’re familiar with the Los Angeles area, I’m sure you’ve heard of Erewhon. 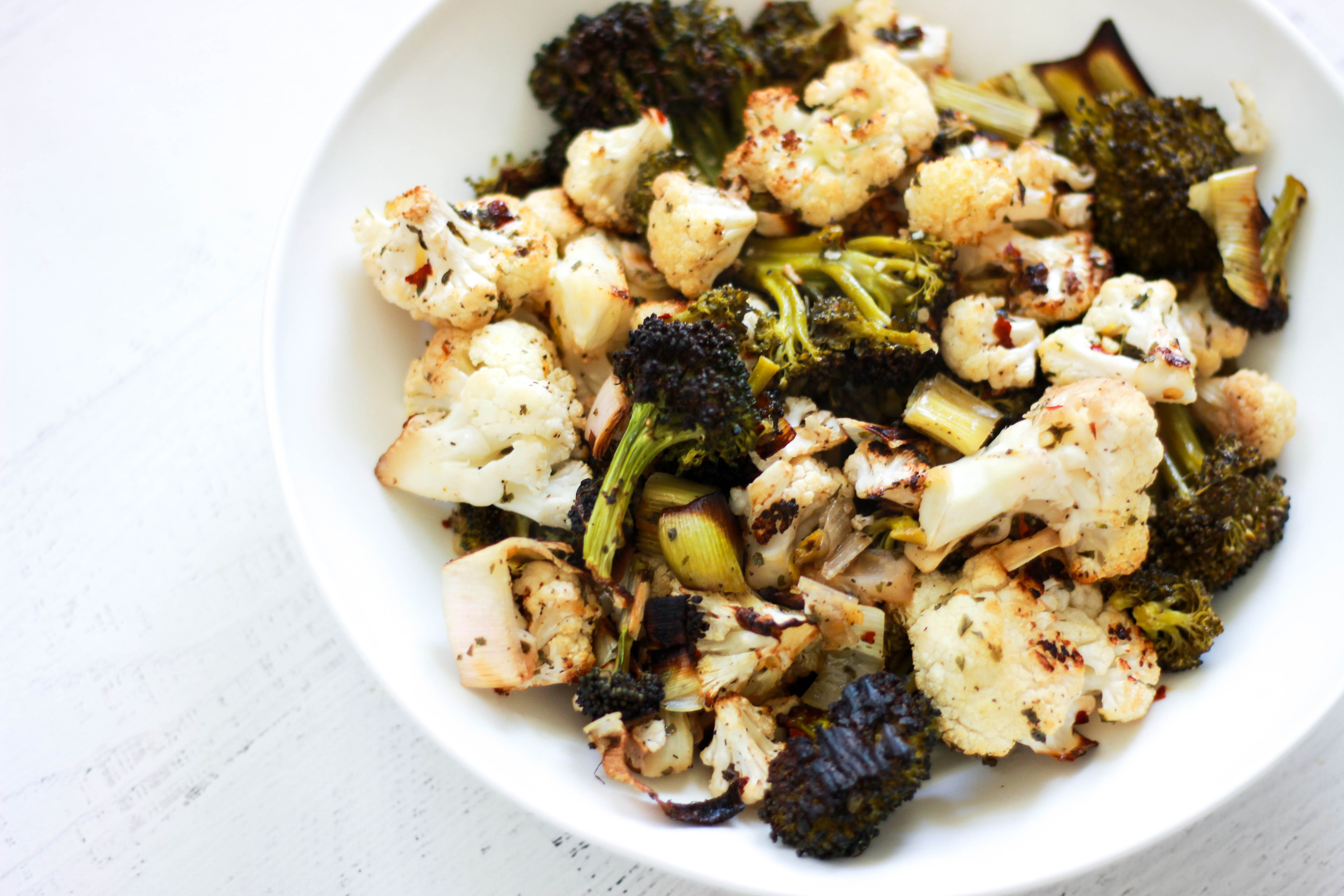 Erewhon is a very upscale grocery store that has multiple locations in L.A. It’s like Whole Foods on steroids. It’s filled with healthy, expensive, hard-to-find-elsewhere food, in addition to general health and wellness products and supplements. It’s probably the healthiest grocery store in America, but also the most expensive. It also has a killer hot food bar. Once you go to Erewhon, you never want to go back to Whole Foods. 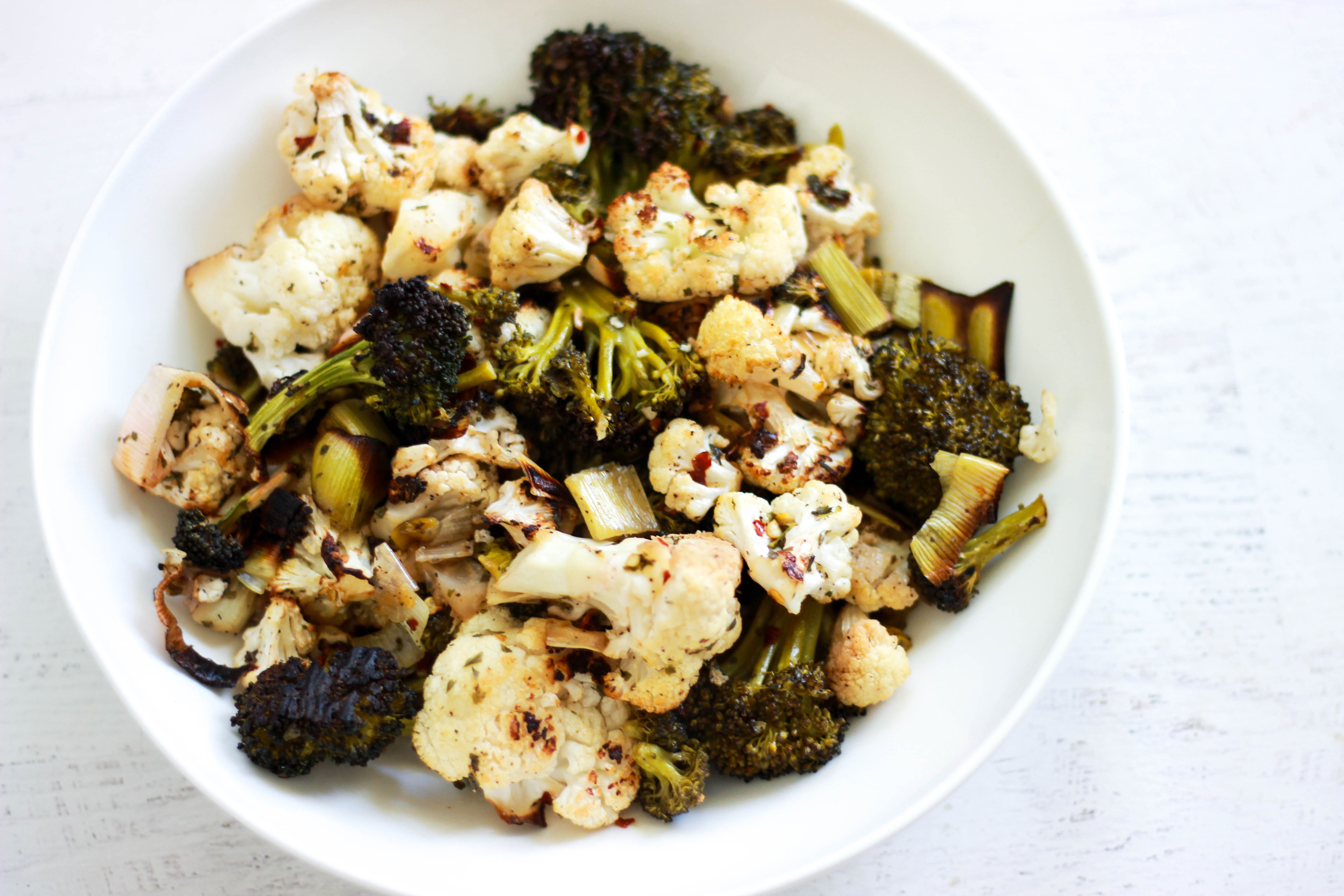 People always ask me where my favorite place to eat at is in Los Angeles, but if I’m eating out, I am usually eating at Erewhon. 98% of the time. This is hard for people from out of town to understand, until they see it. When I suggest we go to Erewhon for dinner, they look at me like I’m crazy and tell me they don’t want to eat at a grocery store. 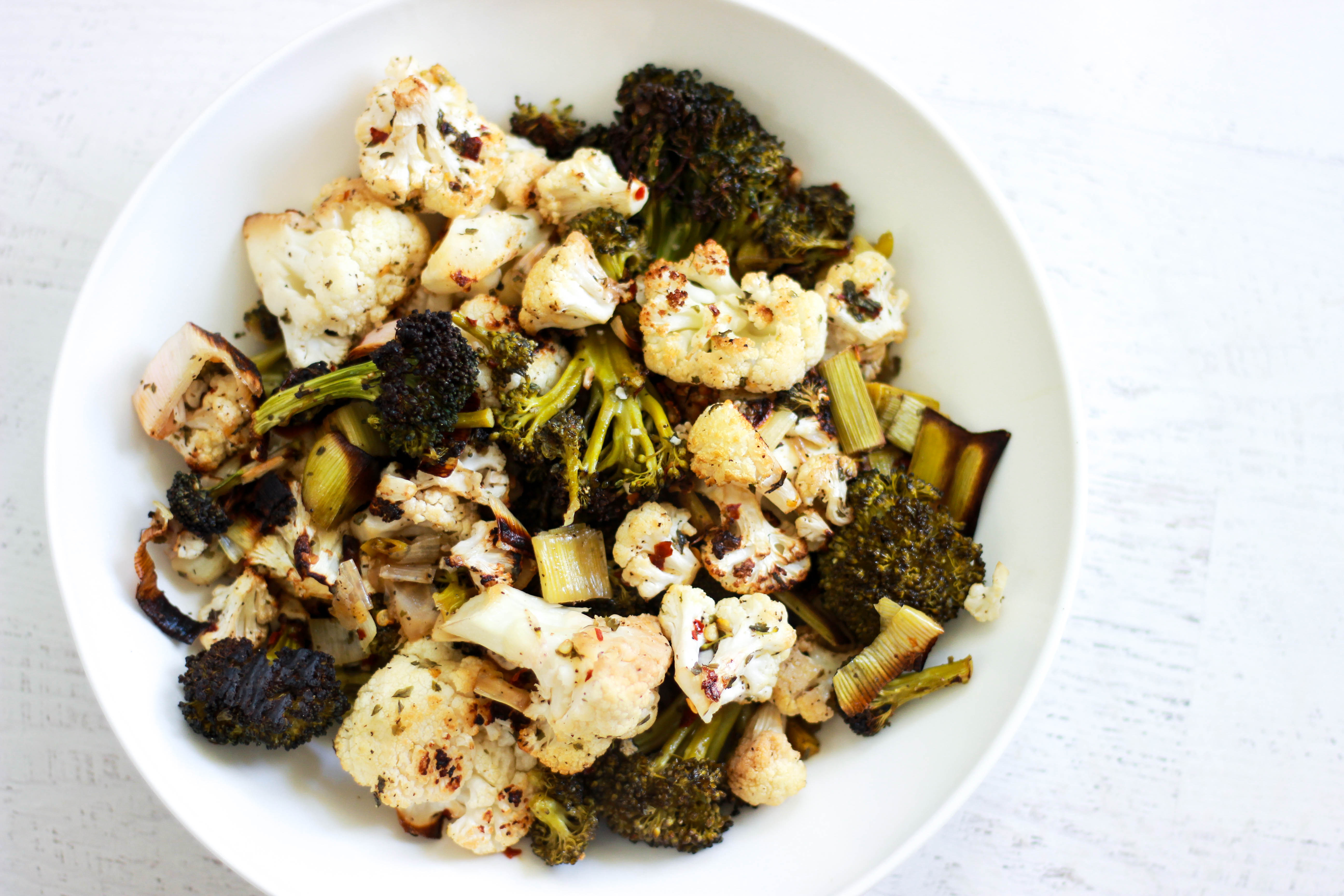 If they’d ever been, they’d understand. Everyone eats at Erewhon, because it really is the best place to eat. First of all, the food is better than any traditional restaurant. Second, the options are limitless. You can always try new entrees and sides so that you get a different meal every time, which is better than a restaurant with a set menu. Although, let’s be honest, I usually get the same things again and again. 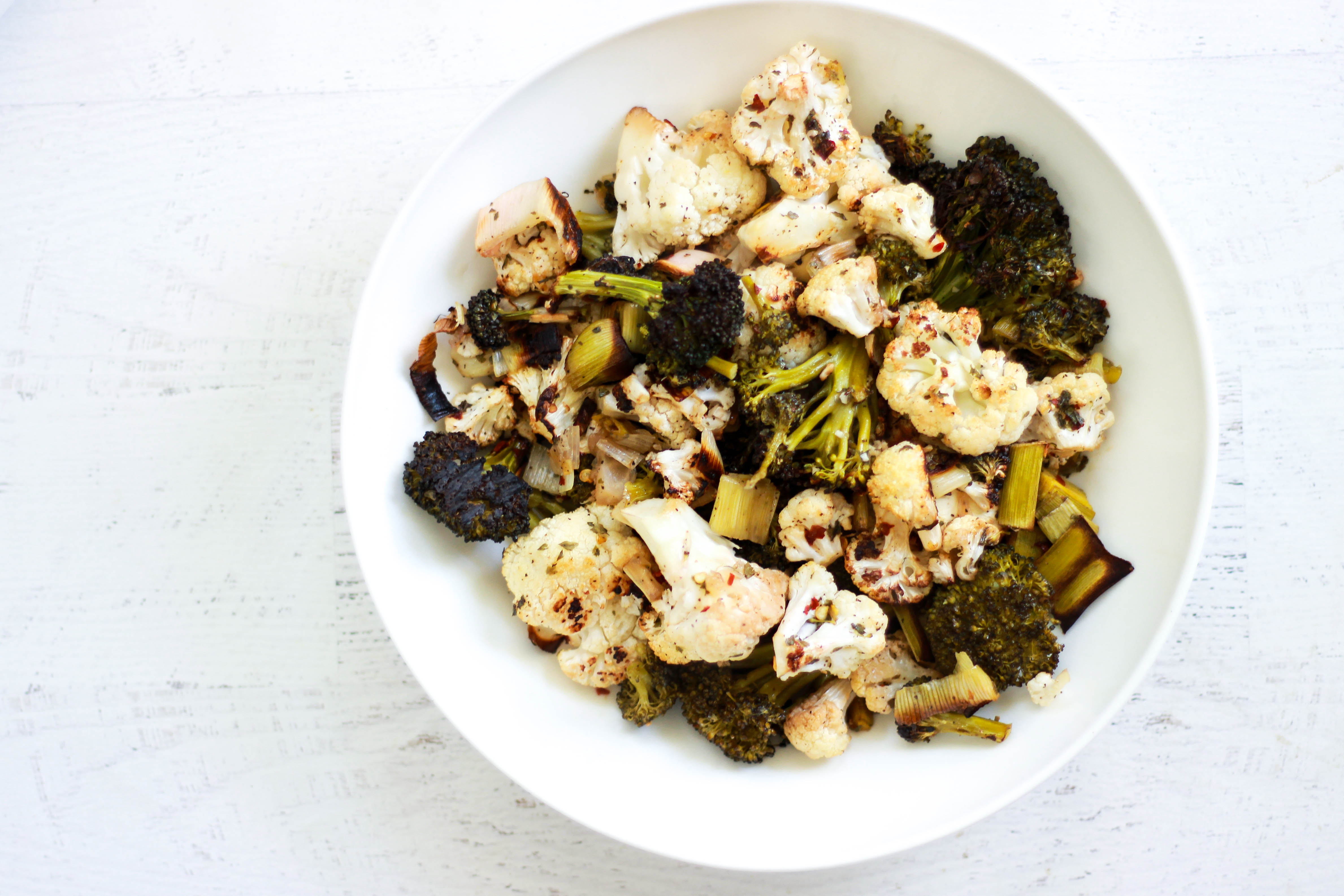 Plus, the quality is much better than anywhere else you’ll eat out at. They have grass-fed meat, wild-caught fish, organic vegetables, and food cooked in olive oil. Not everything is “perfect,” but it’s generally very high-quality. Most importantly, it’s the most delicious food in L.A. 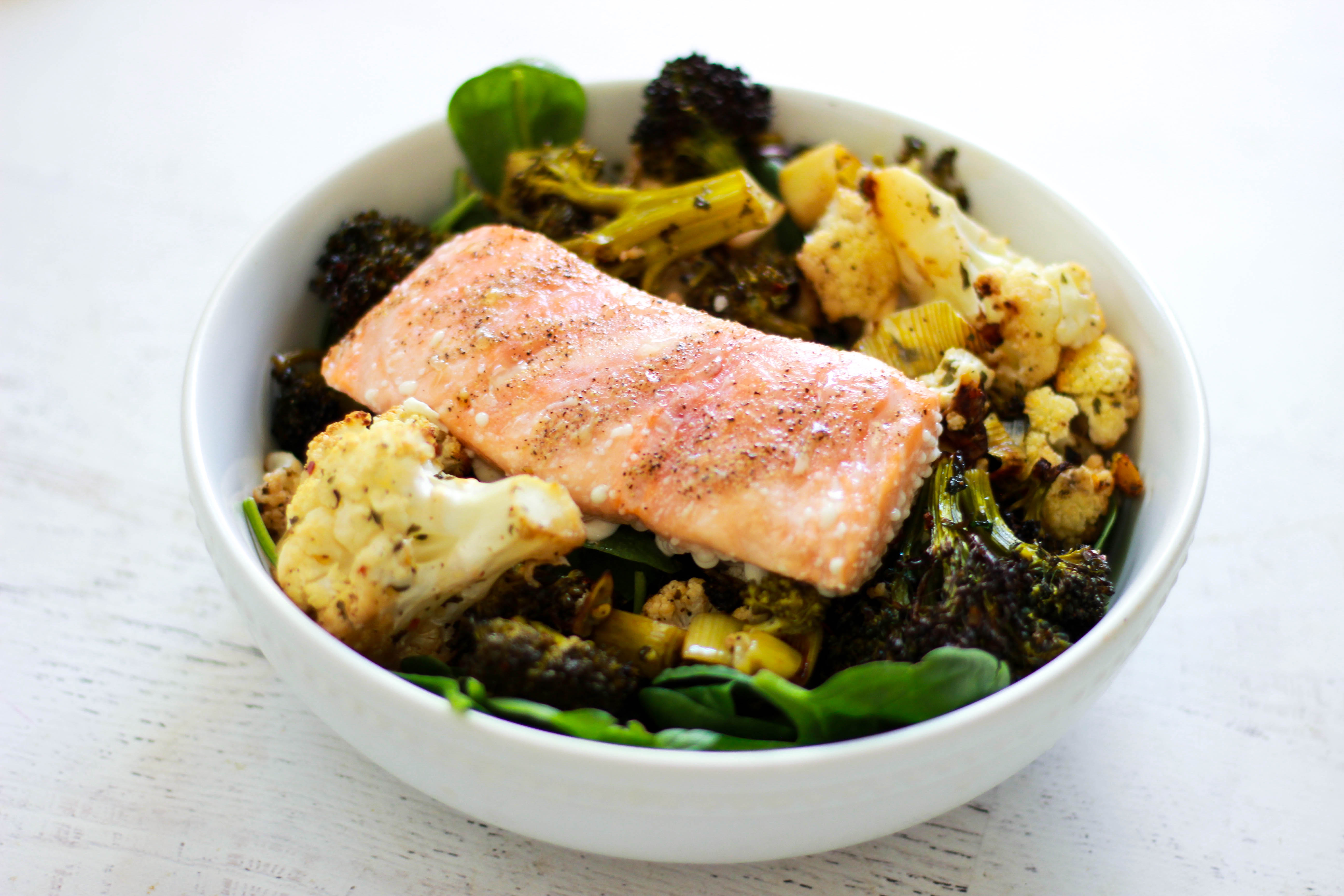 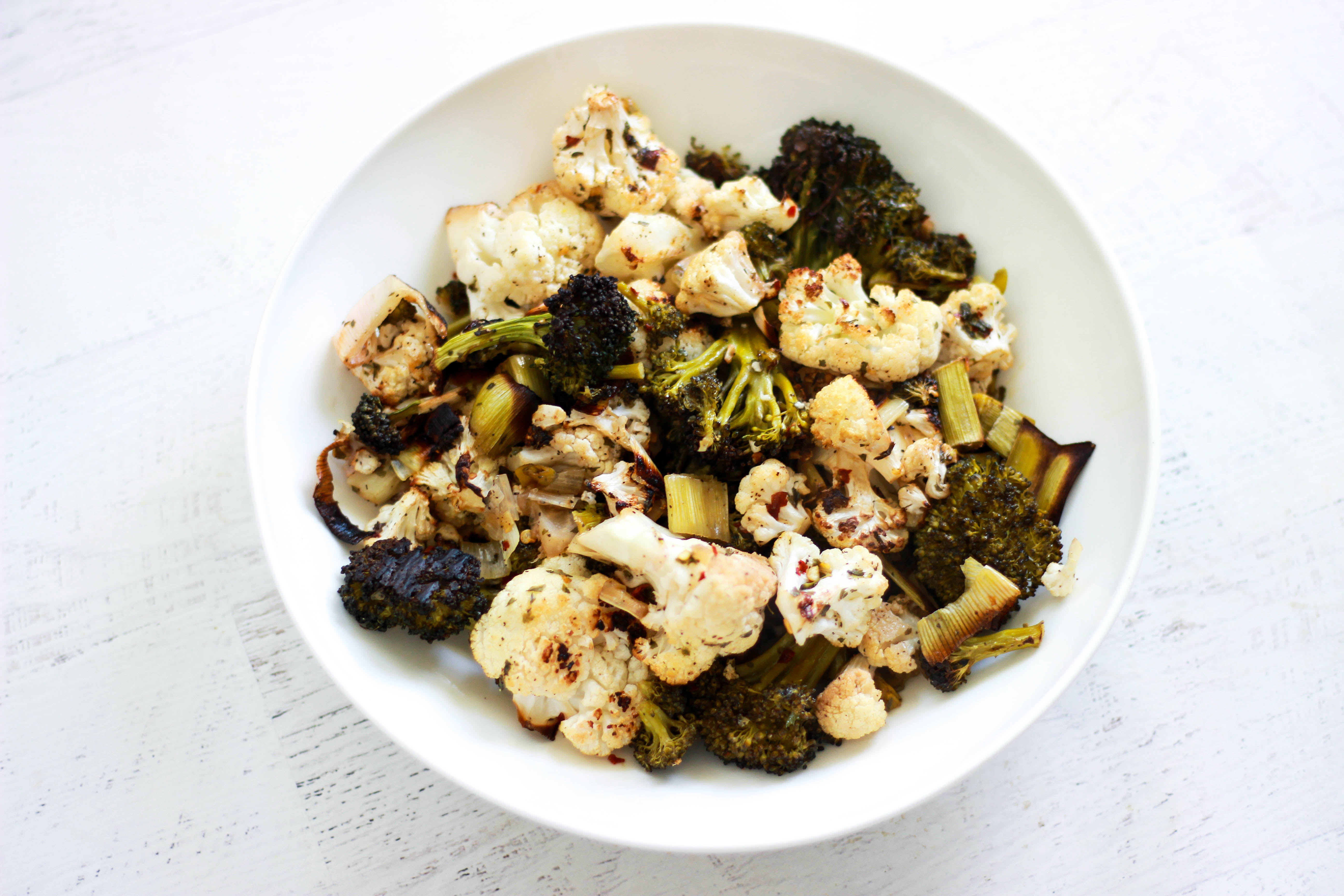 My go-to Erewhon order in a perfect world would be the eggplant lasagna with Zingy Cauliflower and the broccolini or Killer Cauliflower, depending on my mood. If it’s out, I’ll get the cauliflower mash. Can you tell I like cauliflower? 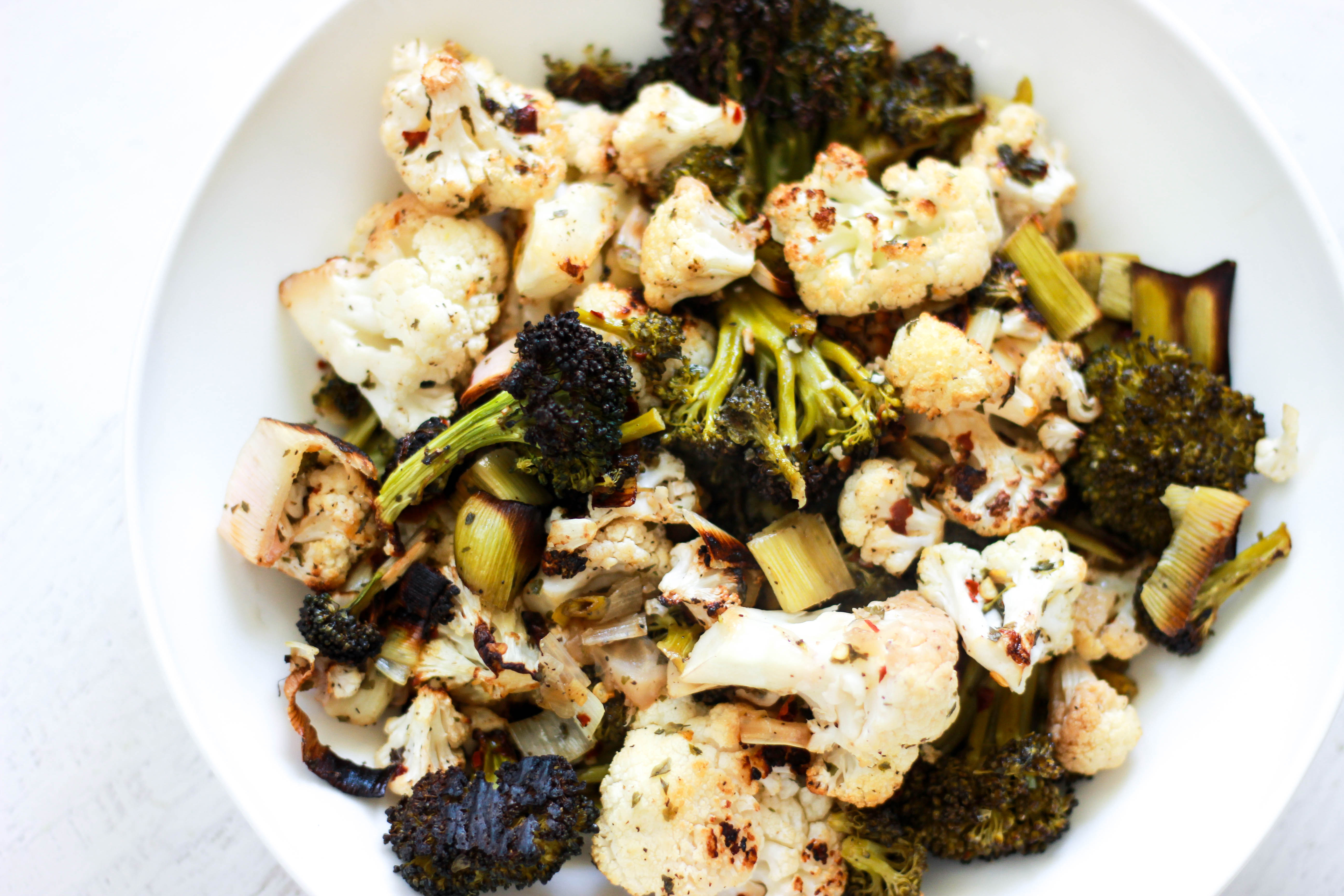 Anyways, for the last year this has RARELY been out as an option for sides, which made me very, very upset. I crave this Zingy Cauliflower! 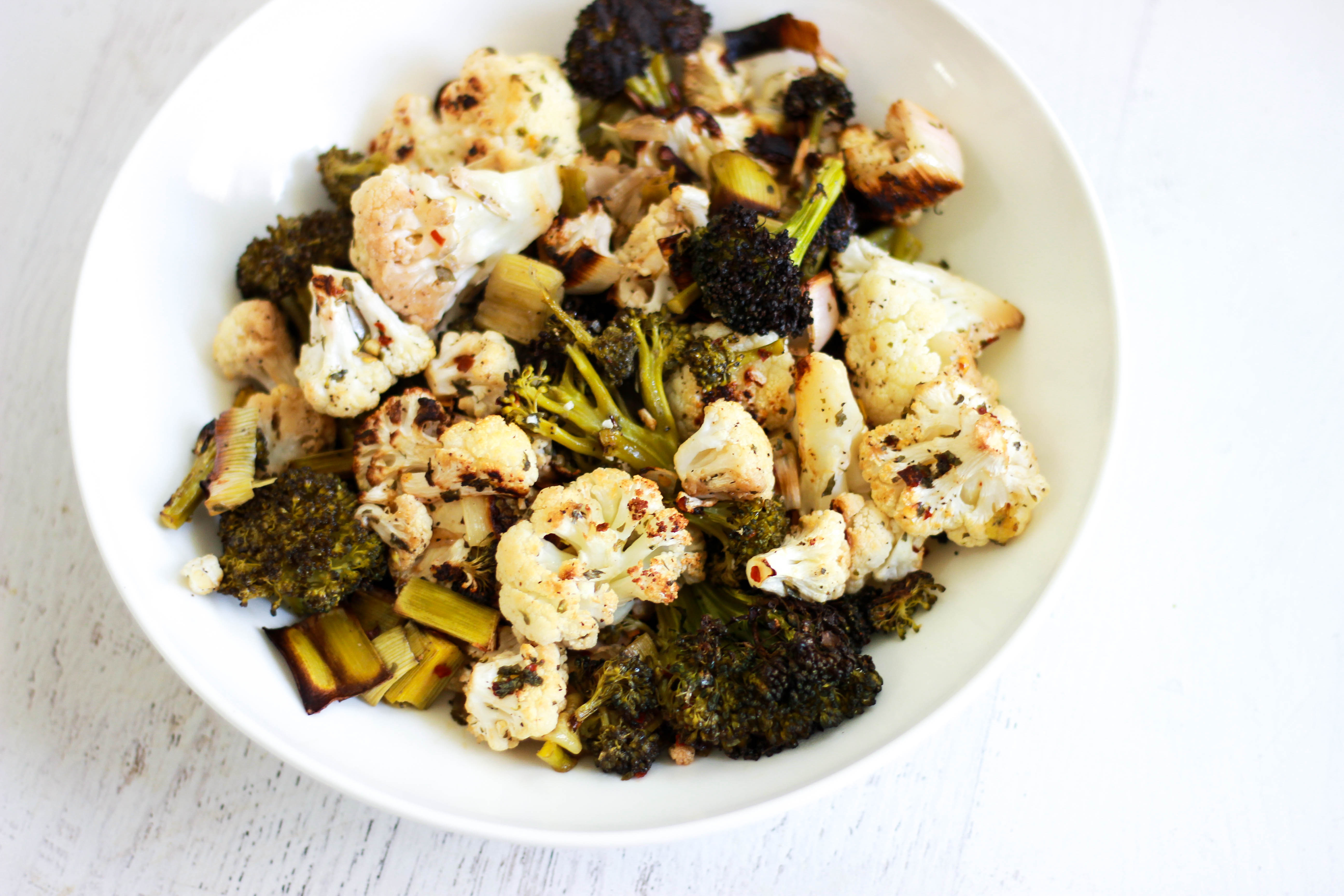 Then, in the last few months, they started bringing it out again, so I’ve obviously been getting it. Unfortunately, though, it has not been the same Zingy Cauliflower that I fell in love with. I think they’ve gotten lazy in the kitchen, because it’s just not as zingy. 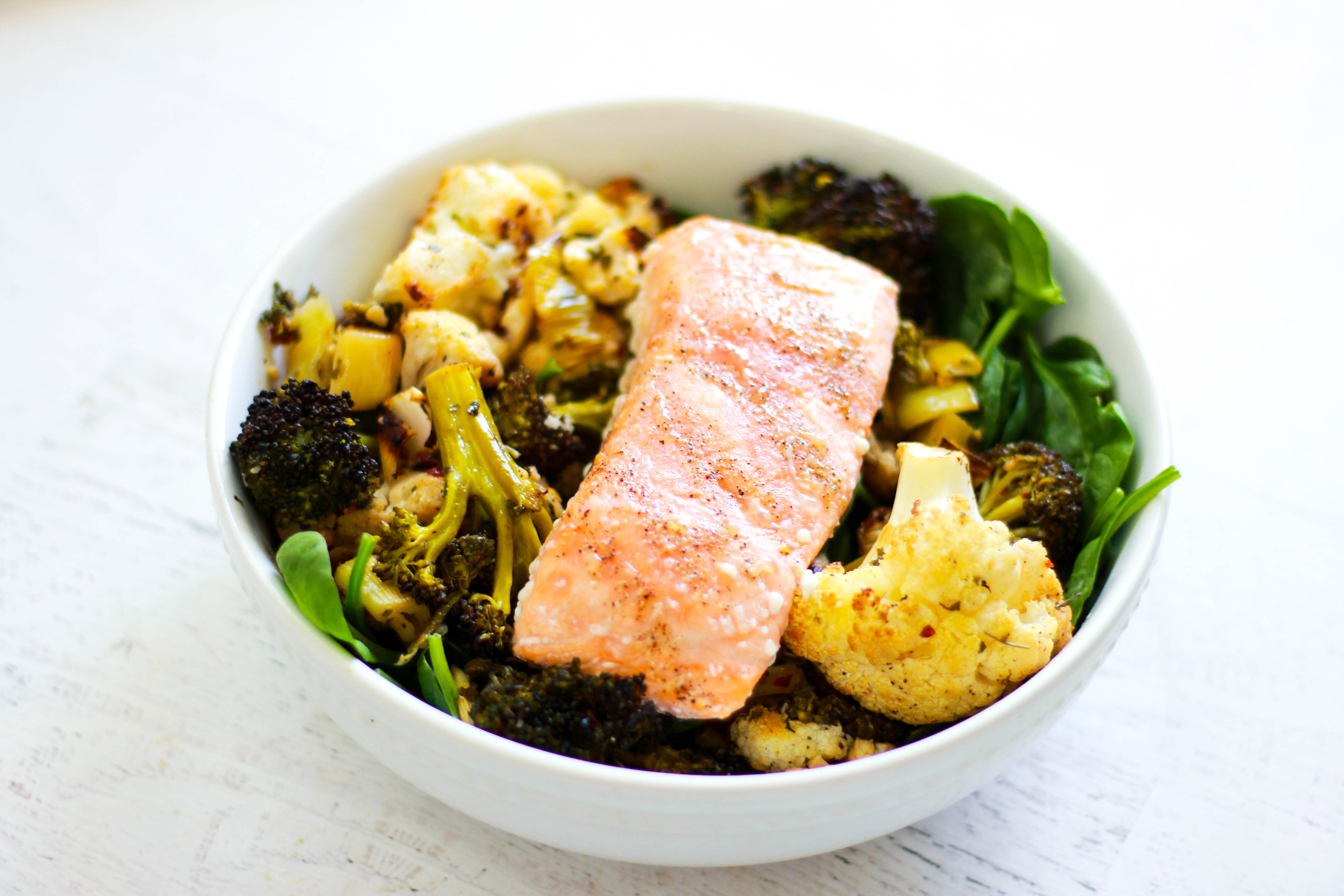 So I did what anyone would do – I went home and made it myself. I knew the ingredients, so it was just a matter of toying with amounts and methods. I nailed it, though, if I do say so myself. This version tastes exactly like the first Zingy Cauliflower I ever tried – the one I fell in love with. It’s a fun spin on roasted vegetables, because it involves a medley of veggies with a zesty dressing. The key is the dressing. That gives it the “zing”! Again, even though it’s called Zingy Cauliflower at Erewhon, it also has broccoli, leeks, and sometimes romanesco. Poor broccoli… got left out in the name. 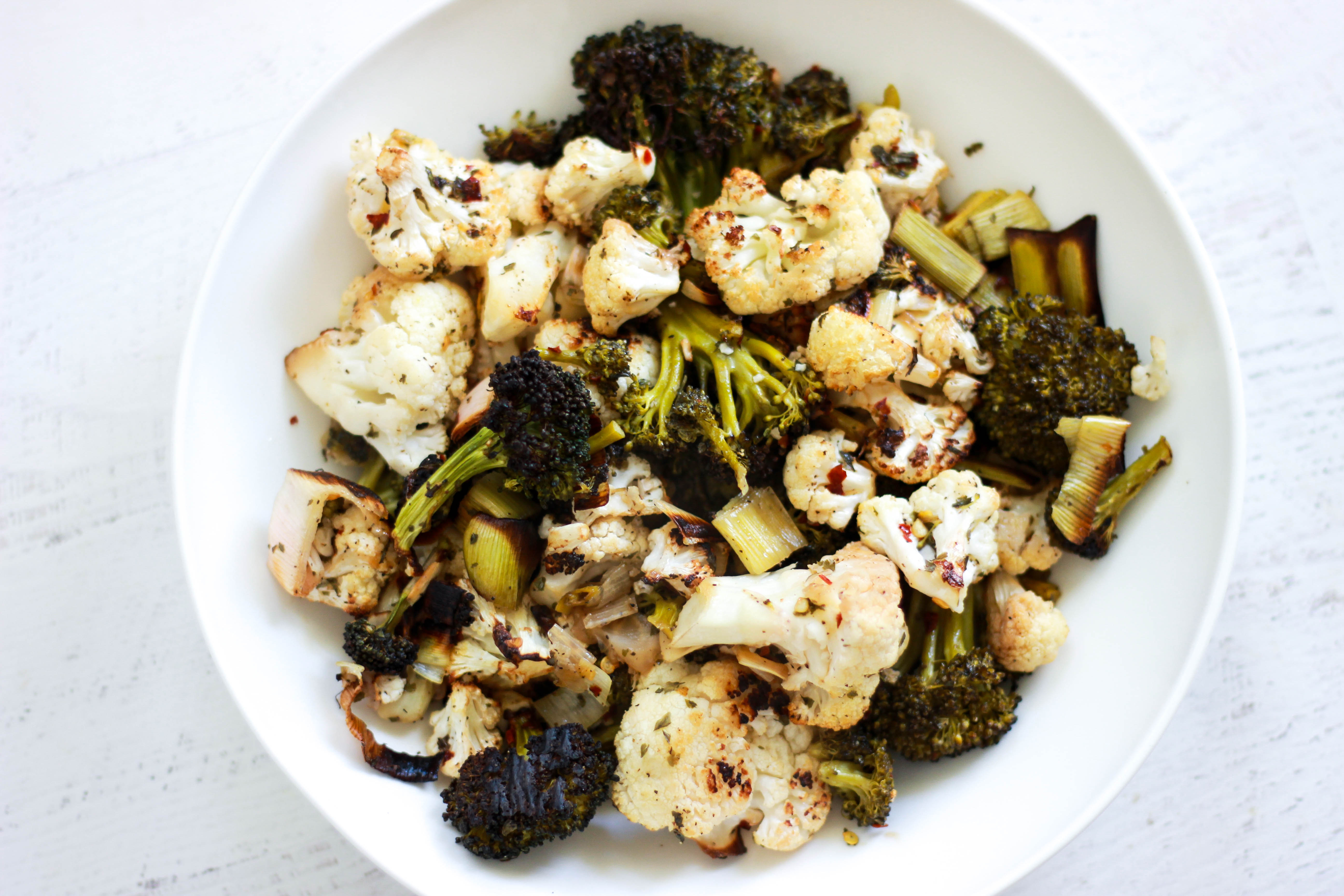 For this recipe, all you have to do is make a dressing, roast your vegetables in half of it, and then toss them in the other half! This method provides maximum flavor from what I’ve found, because the dressing will get roasted into the vegetables as well as top them. You can also roast the vegetables plain, and add all of the dressing on top at the end. The zing comes from the apple cider vinegar and the red chili flakes. The combination of everything might sound strange at first, but don’t knock it until you try it. If you make this, you’ll have tasted exactly what Zingy Cauliflower from Erewhon tastes like. It’s paleo, vegan, vegetarian, keto, Whole 30, low-carb, gluten-free, dairy-free – all of the things. The perfect veggie side to go with any meal! This is by far one of my all-time vegetable side dishes, and I would love for you to try it! 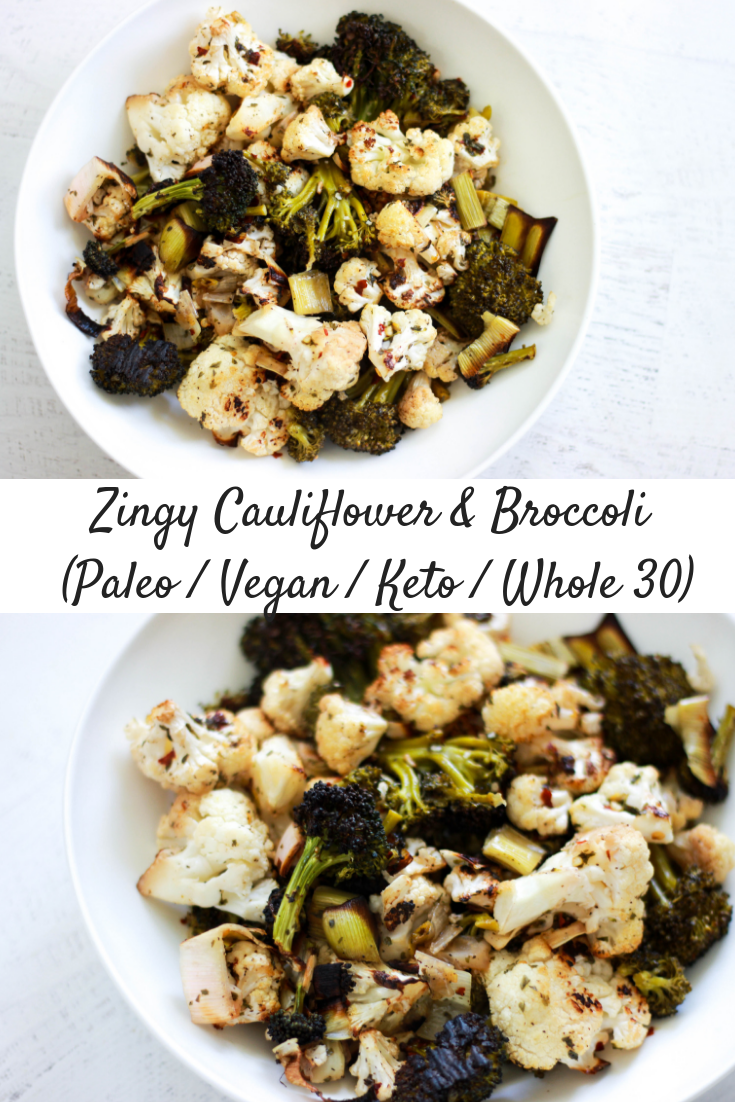 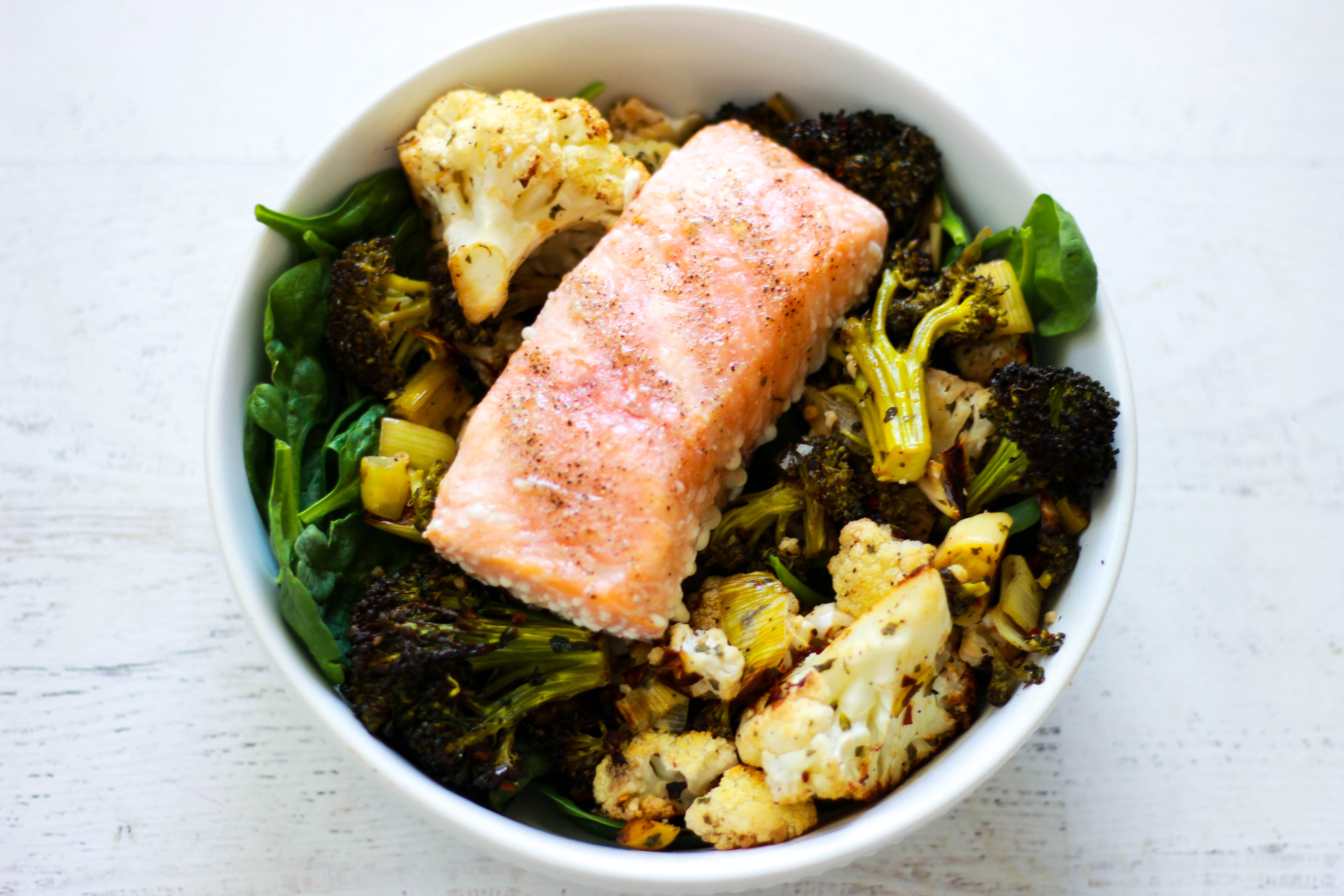 If you try this recipe, I’d love to know what you think!