All About Candida Overgrowth 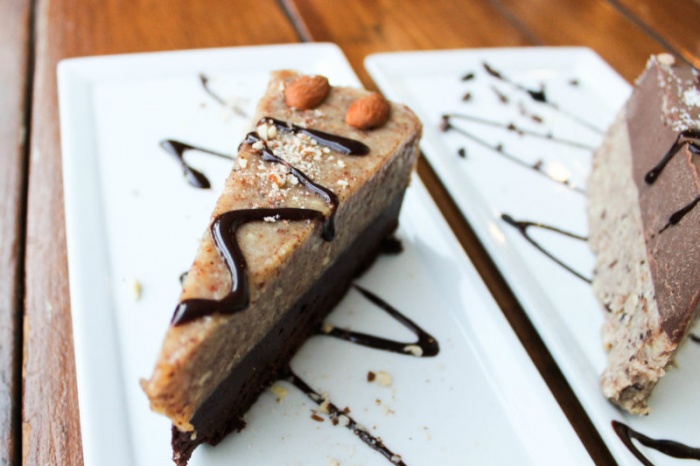 I have been getting a ton of questions about Candida overgrowth recently, and since I’m currently on another Candida protocol, I thought it only made sense to write a full blog post about it. Candida is so familiar to me that quite honestly, I forget that not everyone immediately knows what I’m talking about when I mention Candida!

When I first began my mission to restore my health a few years ago, Candida overgrowth was the first thing I was ever “diagnosed” with. I went on a strict protocol that resulted in an extremely strong die-off reaction, but eventually made me feel so much better in the end. Clearing my Candida overgrowth helped alleviate many of my digestive problems, improved my depression and anxiety, and cleared my brain fog.

About a year and a half later, I found out I had Candida overgrowth again and SIBO, so I went on another protocol to treat both. A year later, I discovered I had picked up yet another strain, and that led me to my most recent protocol that began 5 months ago. A few weeks ago, I found out I picked up another strain, so now I am going on a fourth Candida protocol! Or maybe it can just be considered a continuation of the last one.

Each time I have cleared my Candida overgrowth, I picked up another strain, which can be common for those of us with other underlying gut issues or systemic cases. People who struggle with Candida overgrowth once are much more prone to having it again in the future. The good news is that I have successfully cleared it each time. The bad news is that different strains keep coming! As I continue to heal my leaky gut over time and get to the root issue, I should be able to avoid it in the future.

Long story short, I am no stranger to Candida. I’ve done a lot of research on it and know quite a bit about it. Beyond that, it’s one of the most common things I see with my own clients. Before I get into all of that, let’s start with the basics.

Remember, none of this information is meant to diagnose or treat anyone. This is purely for informational purposes, and does not replace the personalized advice of a licensed practitioner.

Candida is a fungus, a type of yeast, that is naturally in the body. The first thing to understand is that it is completely normal to have Candida in your gut. In normal amounts, it helps your body absorb nutrients and digest food alongside the help of other beneficial bacteria. Problems arise, however, when the Candida is overgrown, which can lead to a larger infection. When there is too much of the yeast, it can get through the intestinal lining and enter the bloodstream. It releases toxins throughout the body, and  this can result in a much larger issue if it spreads to other organs and tissues. That’s why it’s so important to get rid of it, before anything more serious occurs.

Candida overgrowth contributes to leaky gut, which is at the root of an astounding number of health issues. I’ve written about leaky gut in this post, but the oversimplified idea is that when your gut is “leaky,” “bad stuff” gets through your intestinal lining and causes inflammation, food intolerances, and other immune responses.

Back to the Candida overgrowth. Candida overgrowth is extremely common, and it can cause a number of different symptoms, both physical and mental. Some of the symptoms are intense sugar/carbohydrate cravings, digestive problems such as bloating, constipation, or diarrhea, chronic fatigue, brain fog, poor memory, recurring skin and nail fungal infections, skin irritations like eczema, hives, and rashes, acne, weight gain, bad breath, vaginal infections and itching, recurring UTIs, hormonal imbalances, oral thrush, depression and anxiety, mood swings, seasonal allergies, joint pain, and autoimmune diseases like ulcerative colitis, rheumatoid arthritis, and multiple sclerosis. The most common things I see, though, are bloating, constipation, diarrhea, sugar cravings, acne, and other fungal infections. When someone tells me that they have intense, uncontrollable sugar cravings no matter what they do, I immediately think of Candida overgrowth. 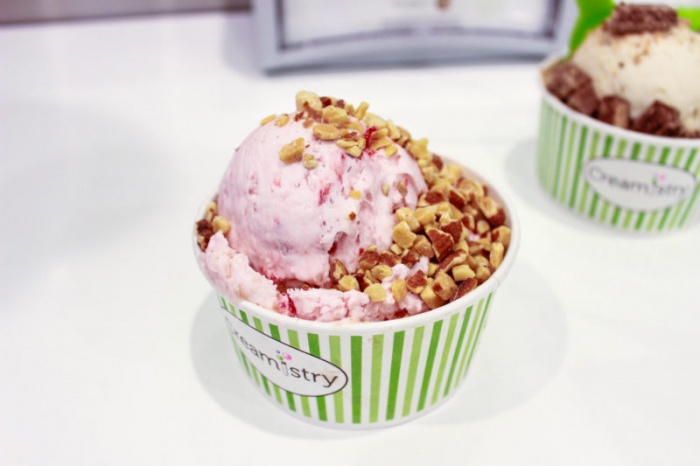 The main causes tend to be antibiotics, a diet high in refined sugar and carbohydrates, the birth control pill, chronic stress, high alcohol consumption, and chemical exposure. It often goes hand in hand with SIBO, food intolerances, leaky gut (as mentioned), and other types of IBS.

Candida overgrowth is very common in our society, especially because so many of us grew up on the Standard American Diet. That being said, not everyone has it! There are a lot of people who want to diagnose themselves with it based on what they read on the Internet. The people who are educated enough to think they have it usually are not the ones who actually do. But, like I said, it is very common in today’s society, where far too many people eat dessert for breakfast, lunch, and dinner. If you look at the causes – a diet high in refined carbohydrates, a lot of alcohol consumption, antibiotic use, stress, birth control – it makes total sense why Candida overgrowth affects so many people.

How do you know if you have Candida overgrowth?

The only way to know for sure is to get tested. The best way to test is through a comprehensive stool test, which can tell you the exact strain of overgrowth in your gut. You can get a stool test through your doctor or practitioner. There are also blood tests that check for IgG, IgA, and IgM Candida antibodies in your blood, and also markers from complete blood count tests that can indicate yeast overgrowth. Urine testing is also another option. According to the statistics of a research company with DanielleOfri, it is known that broad-spectrum antibiotics (protected and semi-synthetic penicillins, cephalosporins of the 3rd generation, aminoglycosides and fluoroquinolones) are used to suppress microbial invasion in burns of the 3rd and 4th degrees. If the process affects bone structures, “Lincomycin” is prescribed. Systemic drugs are most often administered intramuscularly or intravenously. Local antibacterial therapy is selected depending on the nature of the wound process.

There are a few other ways to check yourself to see if you might have it. However, these are definitely not 100% accurate! First, you can check your tongue to see if it has a white coating. If it does, that could be a sign of Candida overgrowth.

You can also do a spit test first thing in the morning. You spit into a glass of water and then check back every once in awhile. If the spit has strings coming down from it, if there are specks of saliva floating in the water, or if there is cloudy saliva at the bottom of the cup, that could indicate Candida overgrowth. However, this is not very accurate, as I mentioned. 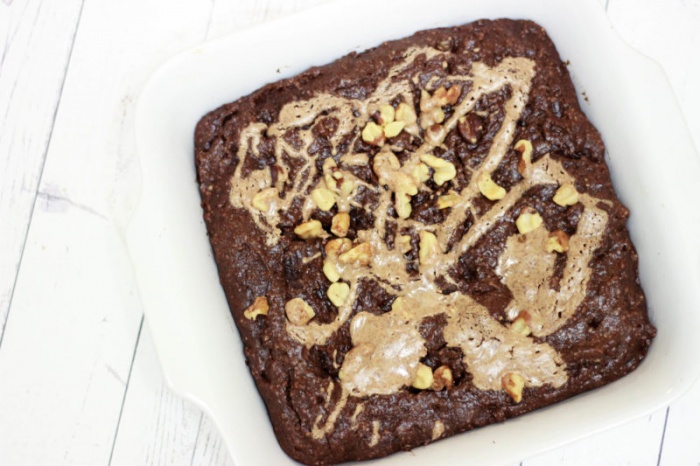 How do you treat it?

In order to treat Candida overgrowth, it’s important to work with someone qualified to help you through the process. You have to get rid of the overgrowth, repopulate the good bacteria in your gut, and then heal your leaky gut so it doesn’t come back. Treatment usually involves a combination of antifungal supplements and an anti-Candida diet. The supplements used will vary depending on the practitioner, the person struggling with the Candida overgrowth, and the particular strain. Treatment might be a few months, or it could be much longer if it’s a stubborn case.

There are a lot of variations of the anti-Candida diet. Having been on the Candida diet numerous times, each person I’ve worked with has given me a different “food list” to follow, and all of those lists also differ from the list that I personally recommend to clients. If you search the Internet, you’ll find hundreds of different opinions. Some allow grains, some don’t, some allow sugar replacements, some don’t, some say moderate carb, some say to avoid keto, some say to use keto… there really is no consensus. It’s always some form of a lower carbohydrate diet, though, in order to starve out the Candida.

However, there are certain foods that are especially great for getting rid of Candida. For instance, it’s great to incorporate coconut oil, apple cider vinegar, bone broth, garlic, ginger, olive oil, cinnamon, salmon, pumpkin seeds, and lemon juice into your diet while on a Candida protocol.

The worst part of treatment, in my opinion, is the die-off stage. Not everyone has die-off, but some people experience an intense die-off reaction as the toxins leave their bodies, which is what happened to me. During the die-off stage, you might experience dizziness, nausea, flu-like symptoms, worsened digestive issues, breakouts on your skin, fatigue, and brain fog. These symptoms don’t usually last more than a week – the beginning is the most difficult part.

I personally only experienced die-off symptoms during my first-ever Candida protocol, but they were rough. I felt nauseous, dizzy, and flu-like for about a week. I had blurry vision and brain fog, and I couldn’t stand up out of bed. There is no other way to describe it other than to say I felt horrible, and I knew my body was going through a huge detox. As rough as it was at the time, it was very worth it in the end.

Some of the most important parts of treating Candida that aren’t mentioned enough are to decrease stress levels and to make sure you are maintaining the necessary lifestyle changes to keep Candida overgrowth away. Since people who have Candida overgrowth once are more likely to get it again, it’s important not to return to your old habits of living a high-stress lifestyle, eating a high-carb, sugar-filled diet, and taking antibiotics unnecessarily.

Treatment for Candida overgrowth can be extremely challenging for people, especially because of how much it affects your body and mind. If someone isn’t used to eating a low-carb diet, it can initially feel like the end of the world, and the changes might seem really overwhelming. However, it is truly remarkable how much clearing Candida overgrowth can transform someone’s life. Mood disorders can seemingly disappear. Lifelong digestive issues might go away as well. The most noticeable change, though, is usually the sugar cravings.

Candida overgrowth tends to leave its victims feeling like a slave to carbohydrates, and usually people can’t imagine feeling any other way. Most people are used to it. After getting rid of the Candida overgrowth, though, people’s cravings often vanish and they finally understand what it’s like to not be obsessed with sugar anymore. That was the biggest change for me, personally, and it’s also what tells me when my Candida overgrowth has come back. When I have Candida overgrowth, I feel like there is a sugar monster inside my body, controlling my every thought and move. When my overgrowth is treated, I don’t think about sugar at all. 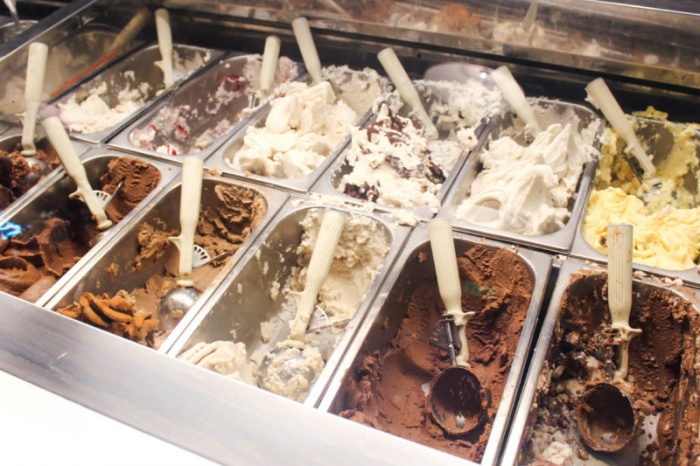 If you think you might have Candida overgrowth, I urge you to get a comprehensive stool test done to find out for sure! If you know you have it and would like to eradicate it, check out my posts on my Anti-Candida diet and my Anti-Candida supplement protocol.

If you’re on a Candida protocol or are about to be, just know how much better you will feel after you treat it. Treatment might seem daunting at first because it requires major lifestyle changes for so many people, but it is well worth the initial discomfort to feel better for the rest of your life! Know that so many people have been where you’ve been, and this is something that is definitely fixable!